We got on the road early heading toward Joshua Tree. We only have a few weeks left and there are still so many places we want to see.
On our way, we saw signs for the Salton Sea. Neither of us had heard of it. A quick internet search revealed that it is a body of water with a very high salt content ( 25% higher than the Pacific Ocean). Apparently it was once a very popular vacation destination. There were several campgrounds available so we decided on a whim to stop there for the night. We chose the primitive section that was right on the water. $10 a night included a picnic table, beach view, outhouse,and cold shower.
After choosing our spot, we headed to the showers to change into bathing suits and check out the water. We ran into a fellow camper, Nate, and his adorable pug, Gary. We chatted for a few minutes, then as I went to enter the shower, he stopped me. He had been smoking and left his stash of marijuana in the stall. He apologized and quickly removed it.
The sand was very hard and crunchy and covered in dead fish. The high salinity of the water kills a lot of the fish.The water felt good but the bottom of the sea was very hard to move in. It was either so muddy our feet got stuck or hard and rocky. Francis gave up and headed back to the sand. I was determined to get some time in the water so I kept going. Once I got a bit further out, the bottom smoothed out and it was actually really nice.
Anxious to rinse off the very salty water, we headed back to the showers. We ran into Nate again as well as another camper named Leon. We recognized Leon’s truck from our campground at the petroglyph site. He had just come from there as well. He recommended the shower with the best water pressure and I headed in. Nate once again stopped me before I could enter. It seems he had moved his marijuana stash to that shower. He quickly removed it again so I could take a shower.
After our showers, we sat down with Leon and Nate for awhile and told them about our travel plans. They had both done a lot of traveling in the area and had lots of good advice for us. They recommended the best route to see the Pacific Ocean while avoiding the terrible traffic near the big cities.They also recommended some campgrounds and affordable motels.
We had just enough time for a quick dinner before it got dark. 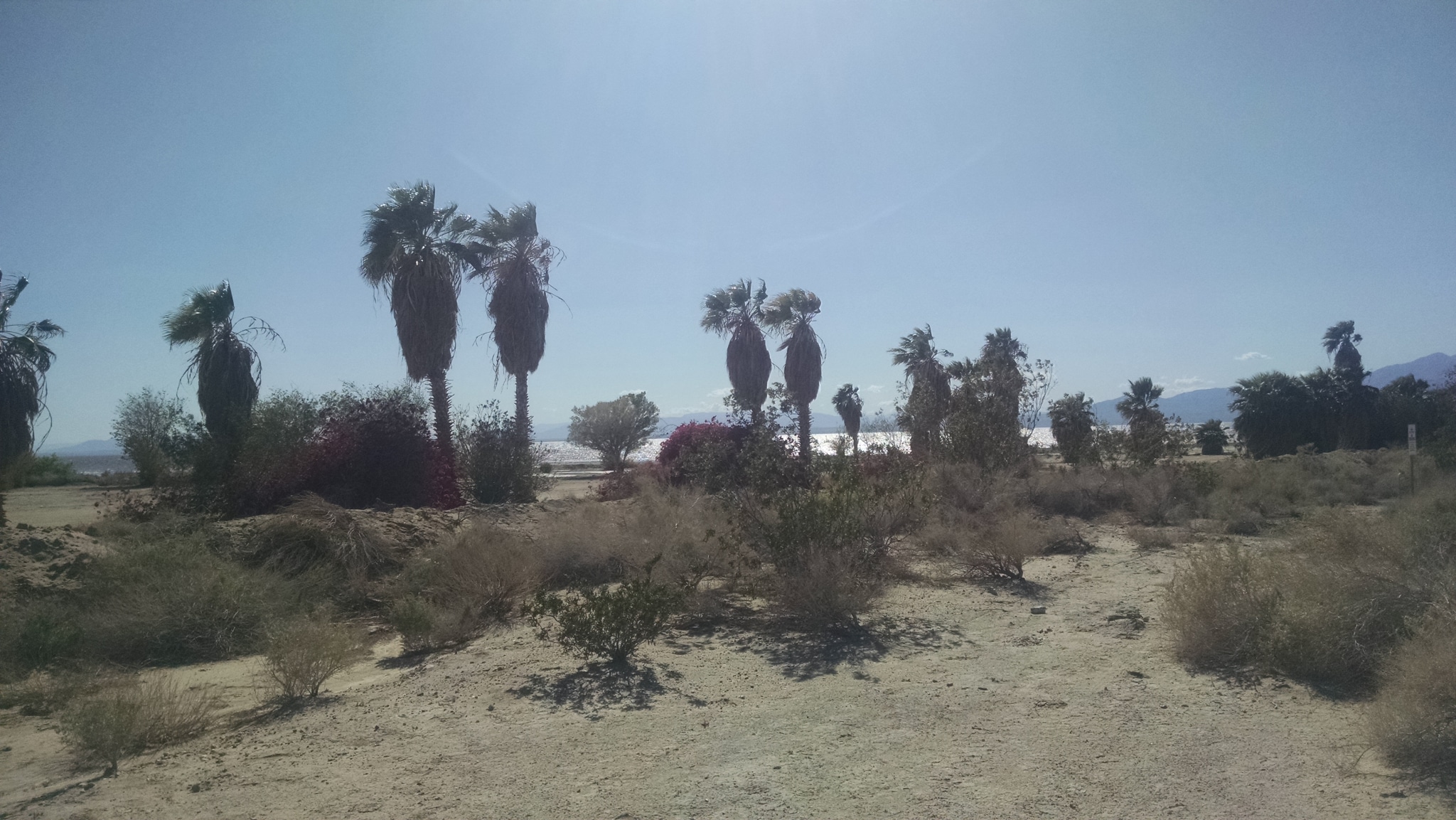 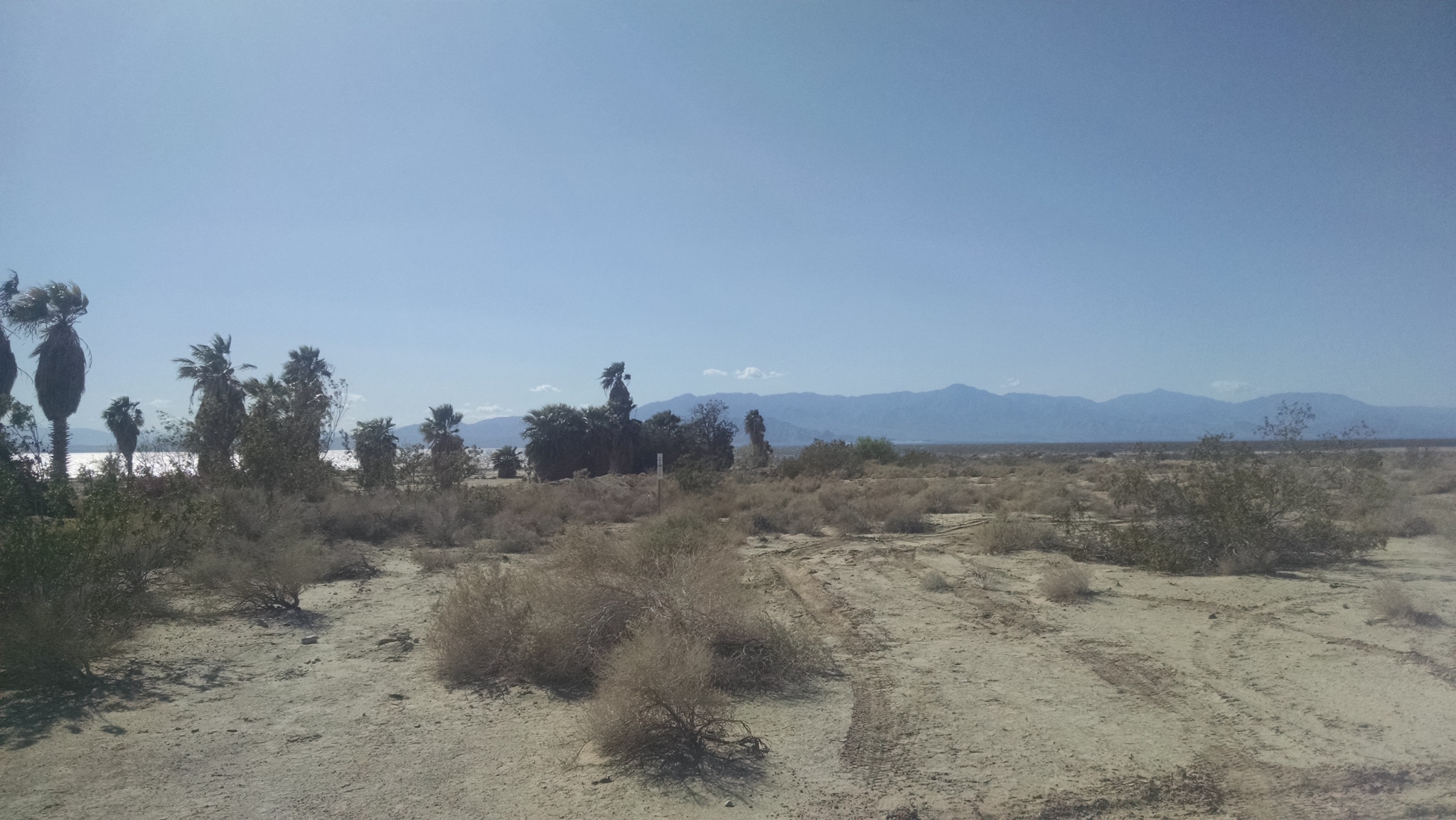 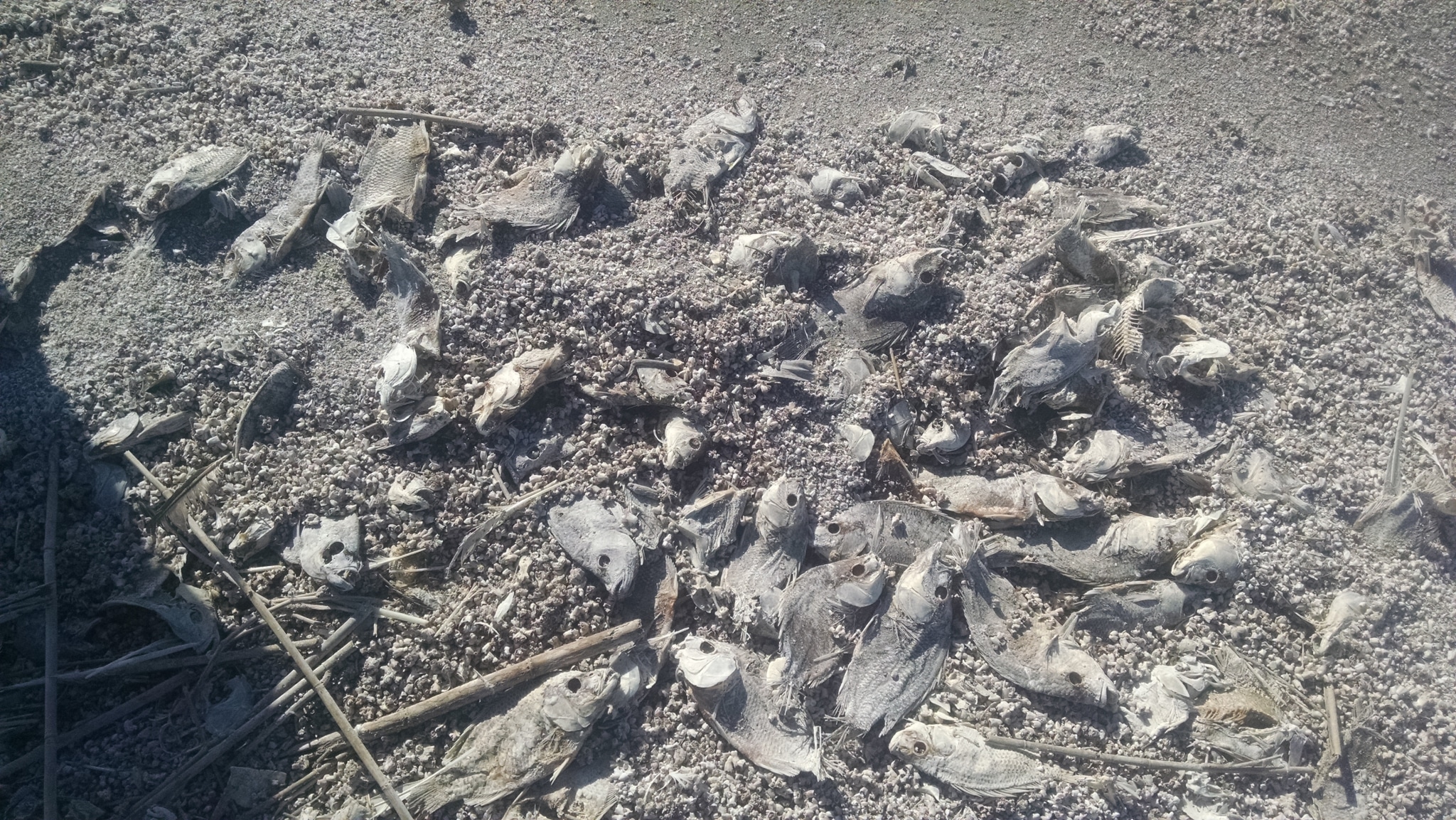 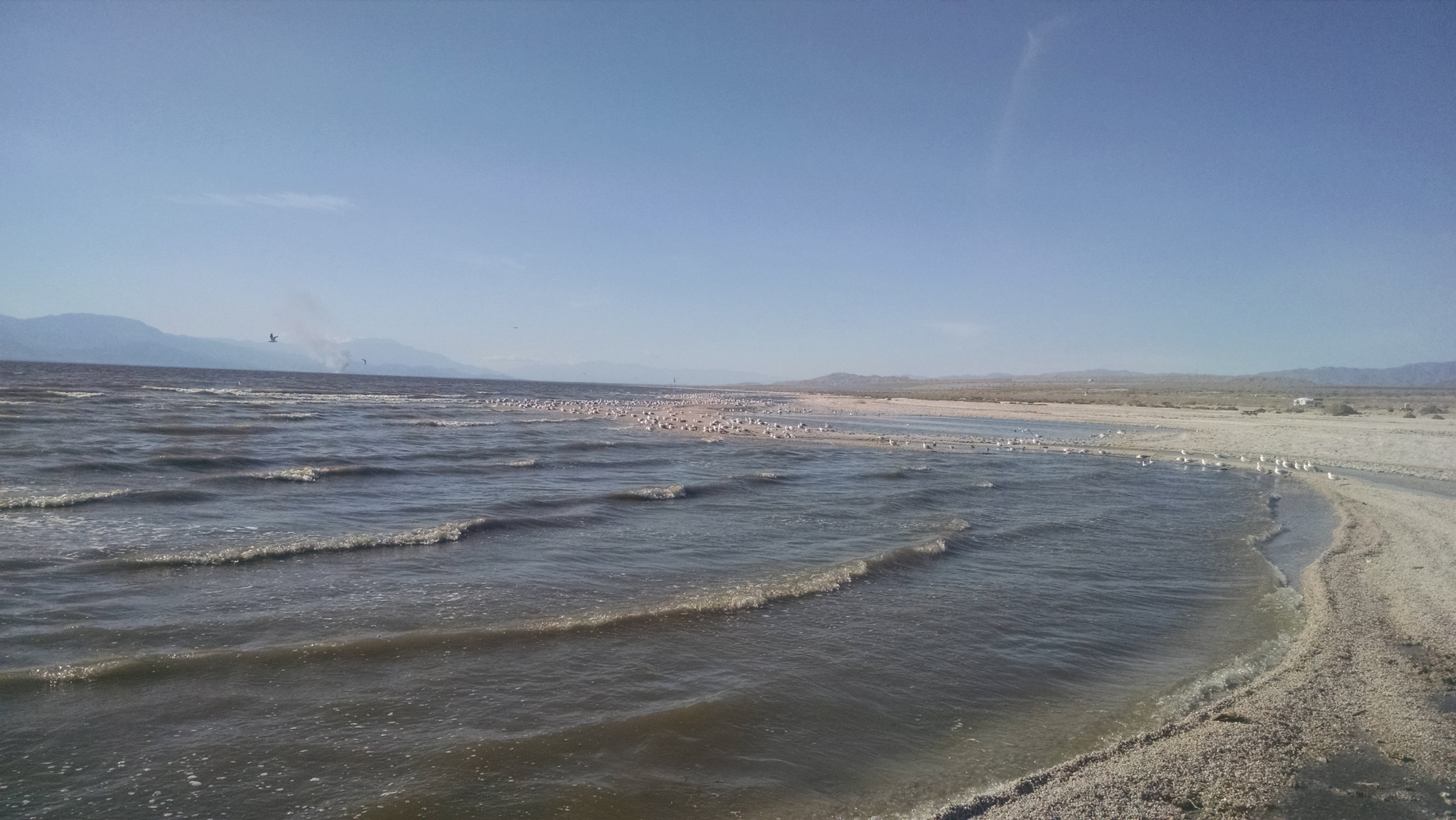 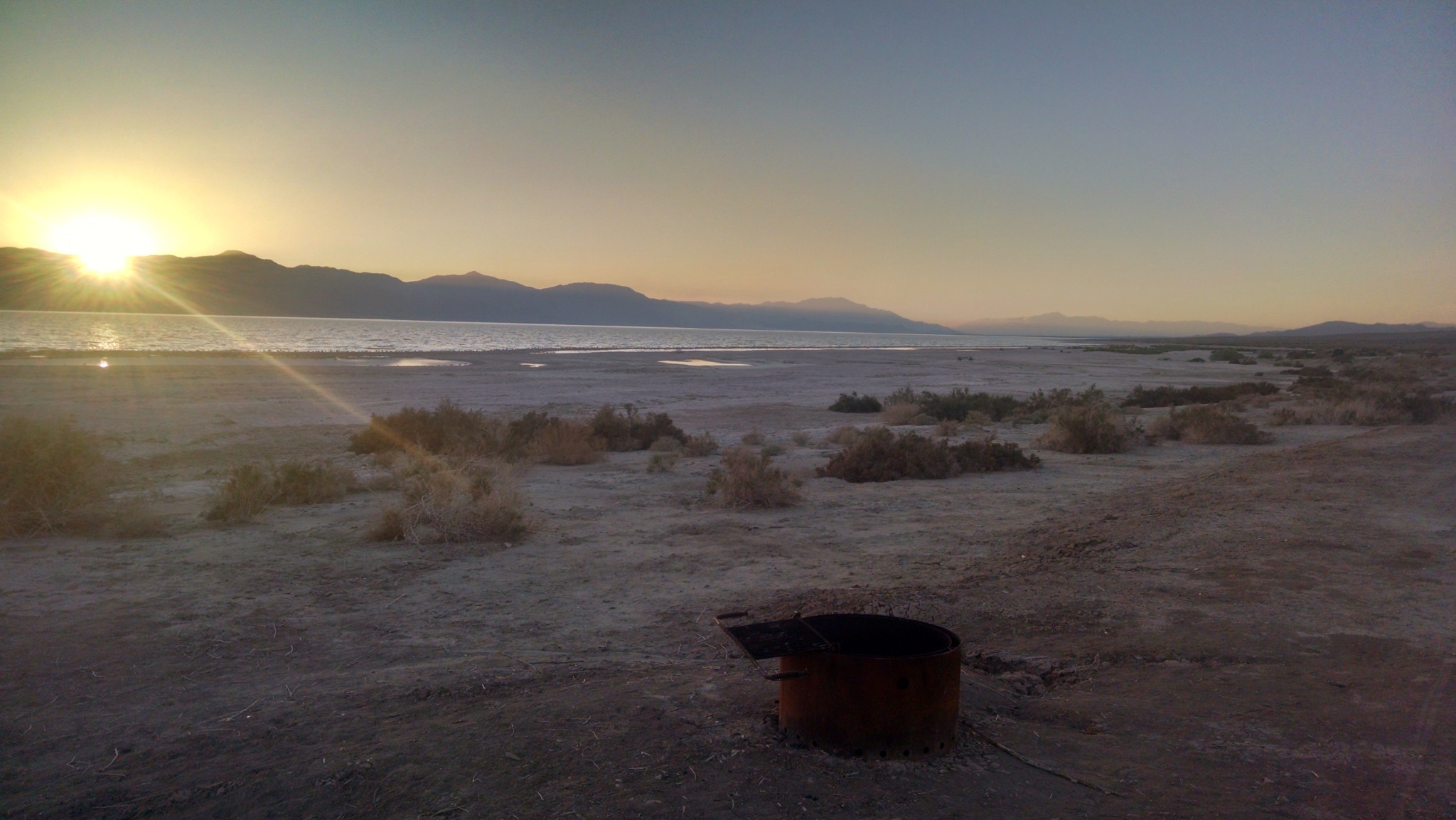 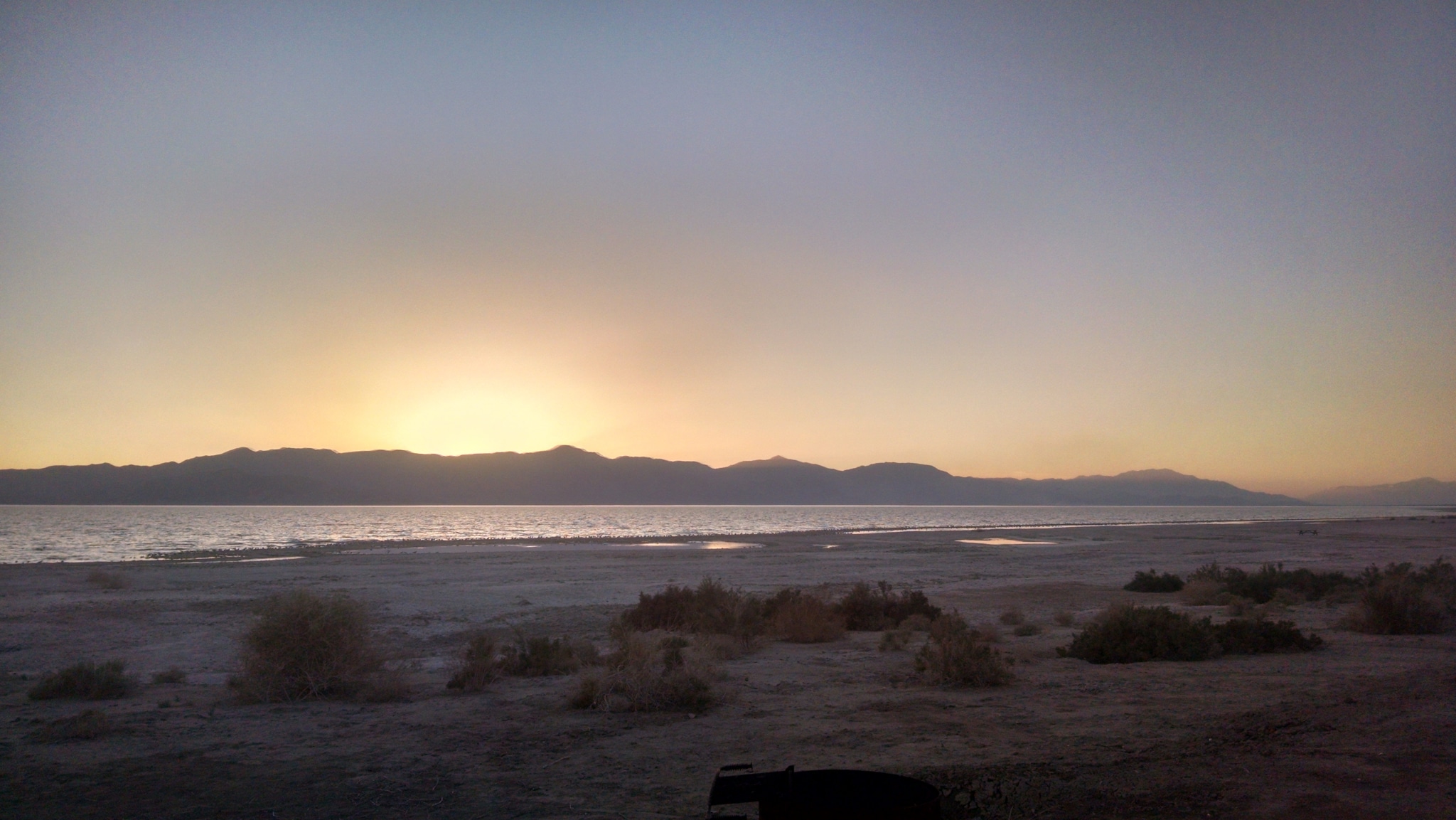 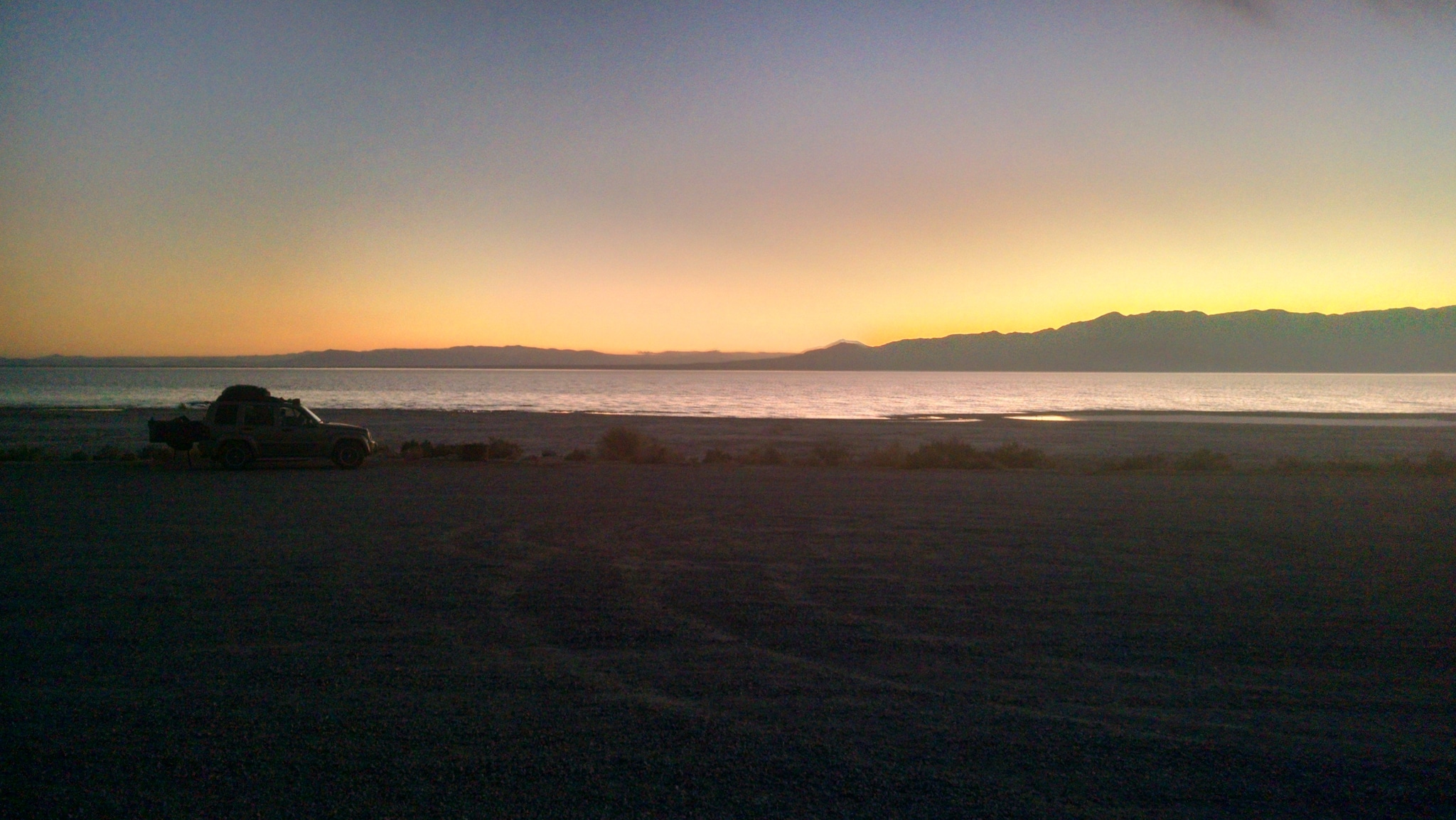 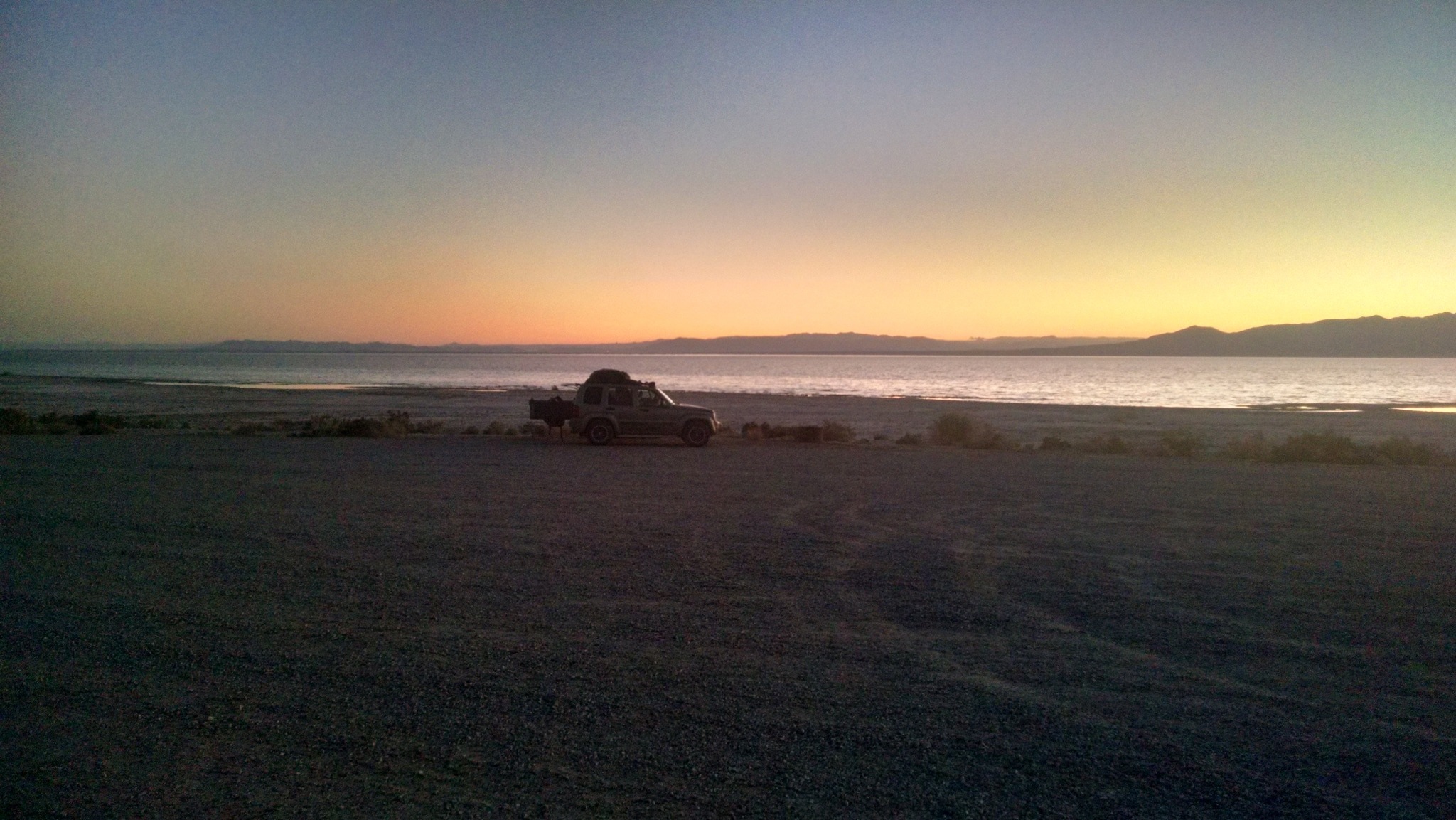