We headed out of the Ironwood Forest early in the morning. We came across a strange looking place that seemed like the deserted remains of some kind of compound. There were various dilapidated buildings filled with trash and graffiti and a strange round concrete structure. We spoke to a man we saw there and found out the round structure was an old smelter and the buildings were a former prison.

We actually had no particular destination this day other than heading toward California. After a few hours of driving, I started to look for a place to camp for the night. We wanted to stop early enough to relax a bit and cook some dinner. An internet search led me to Painted Rock Petroglyph site near Gila Bend, Arizona. We could camp for only $10 and view the rock drawings. Sounded like a plan to me.

When we arrived, there were only a few other campers. We picked a campsite and headed over to the information area. There was a lot of interesting information about the rocks and the people who made the drawings. Despite their age, the drawings on the rocks were still clearly visible.

We walked back to the truck to set up camp for the night and make some dinner. Unfortunately, the wind was so strong we ended up back in the truck. It was impossible to cook. We kept hoping it would die down but it never did. We ended up going to bed early for lack of anything else to do. The only downside of our trip so far is those occasional times when the weather does not cooperate. Those are the times we envy the people with RVs. 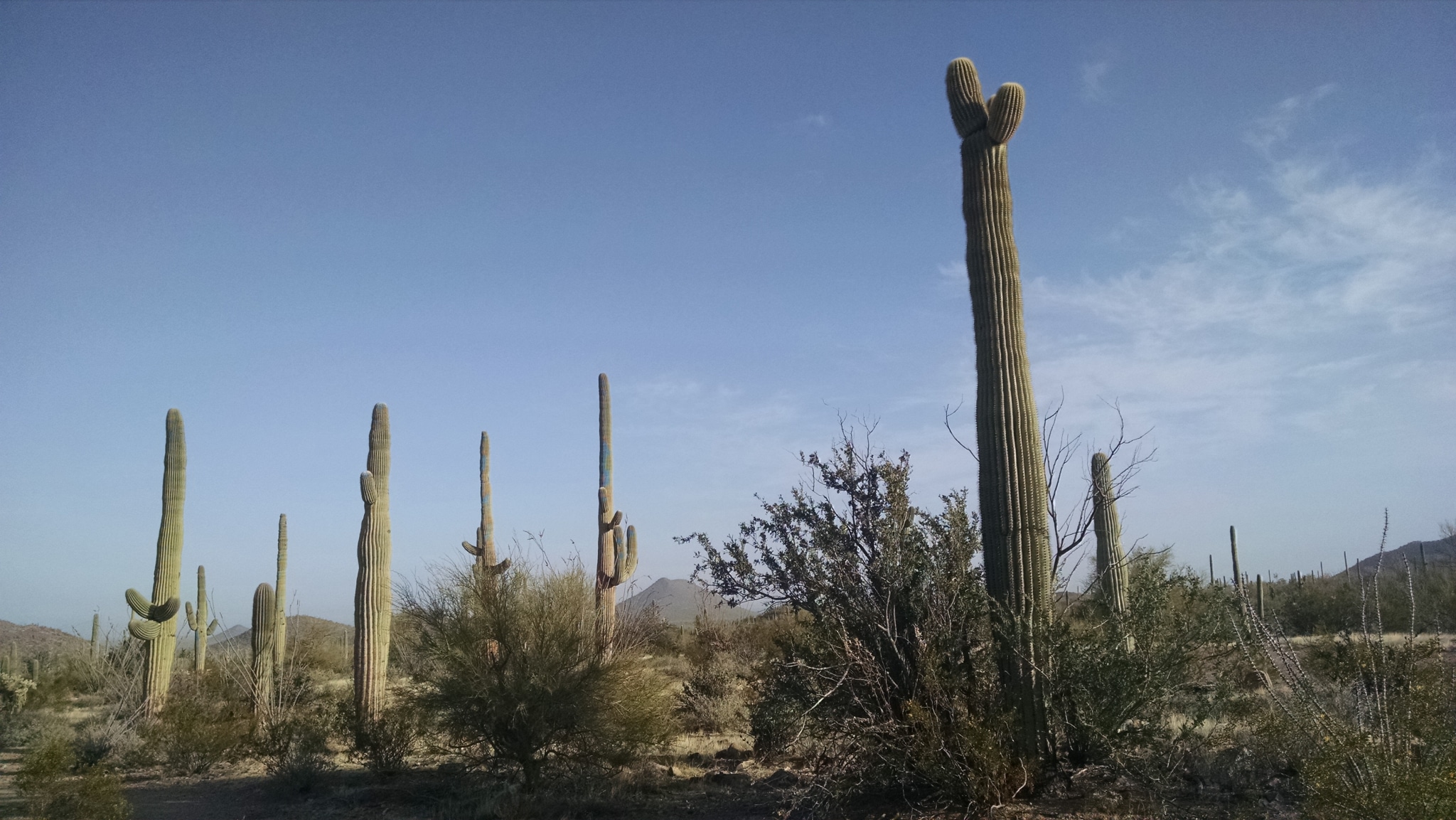 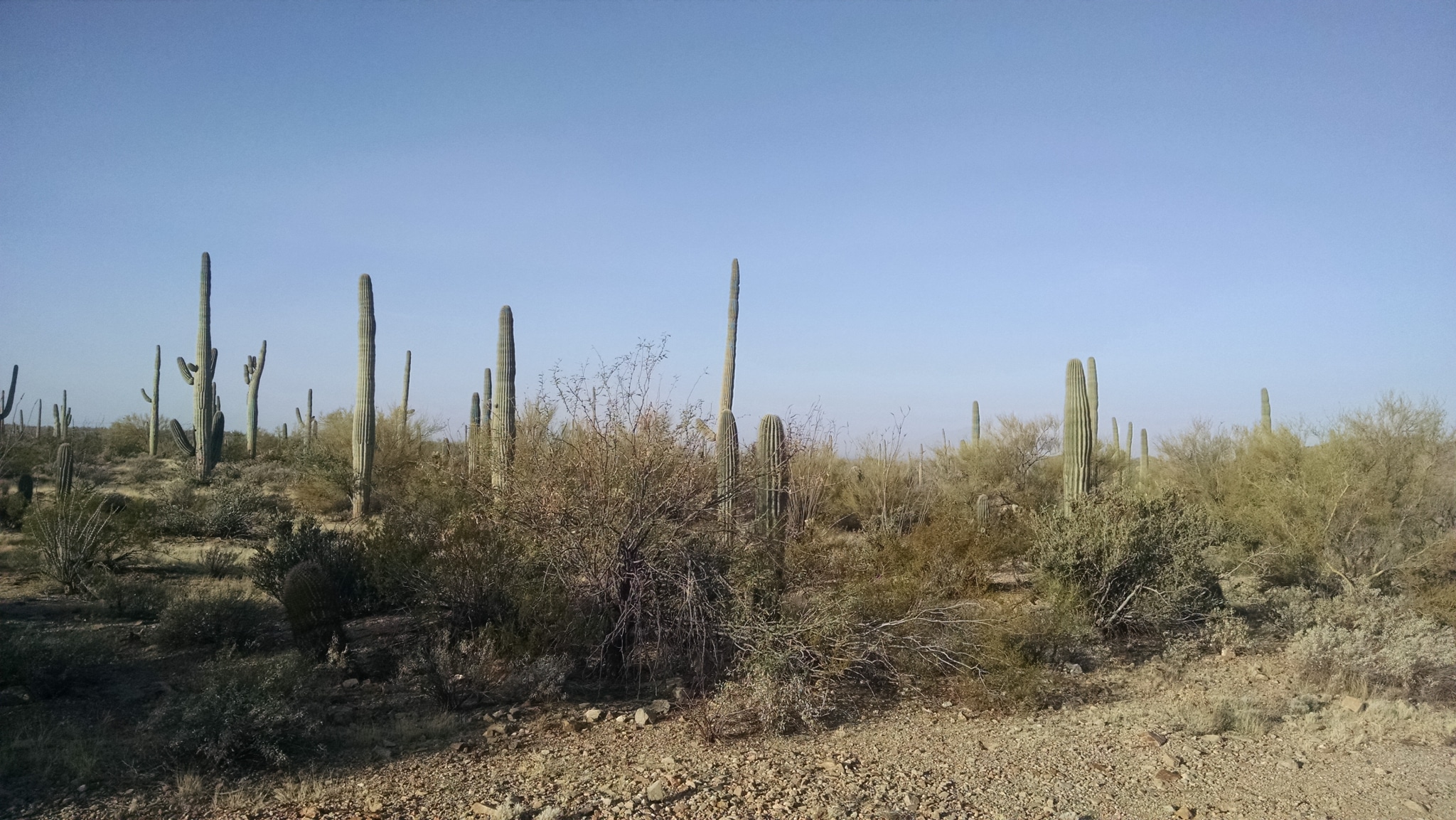 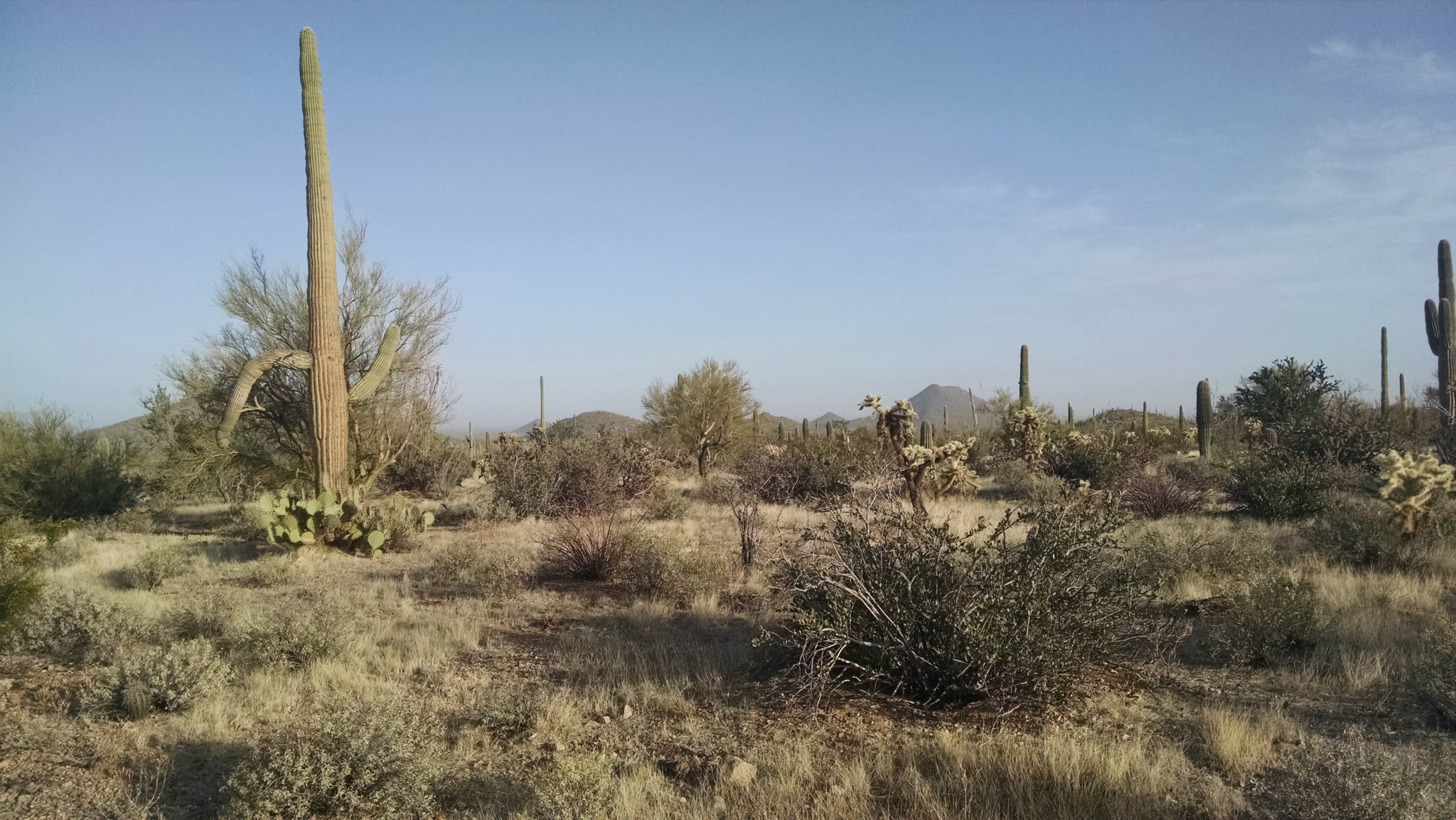 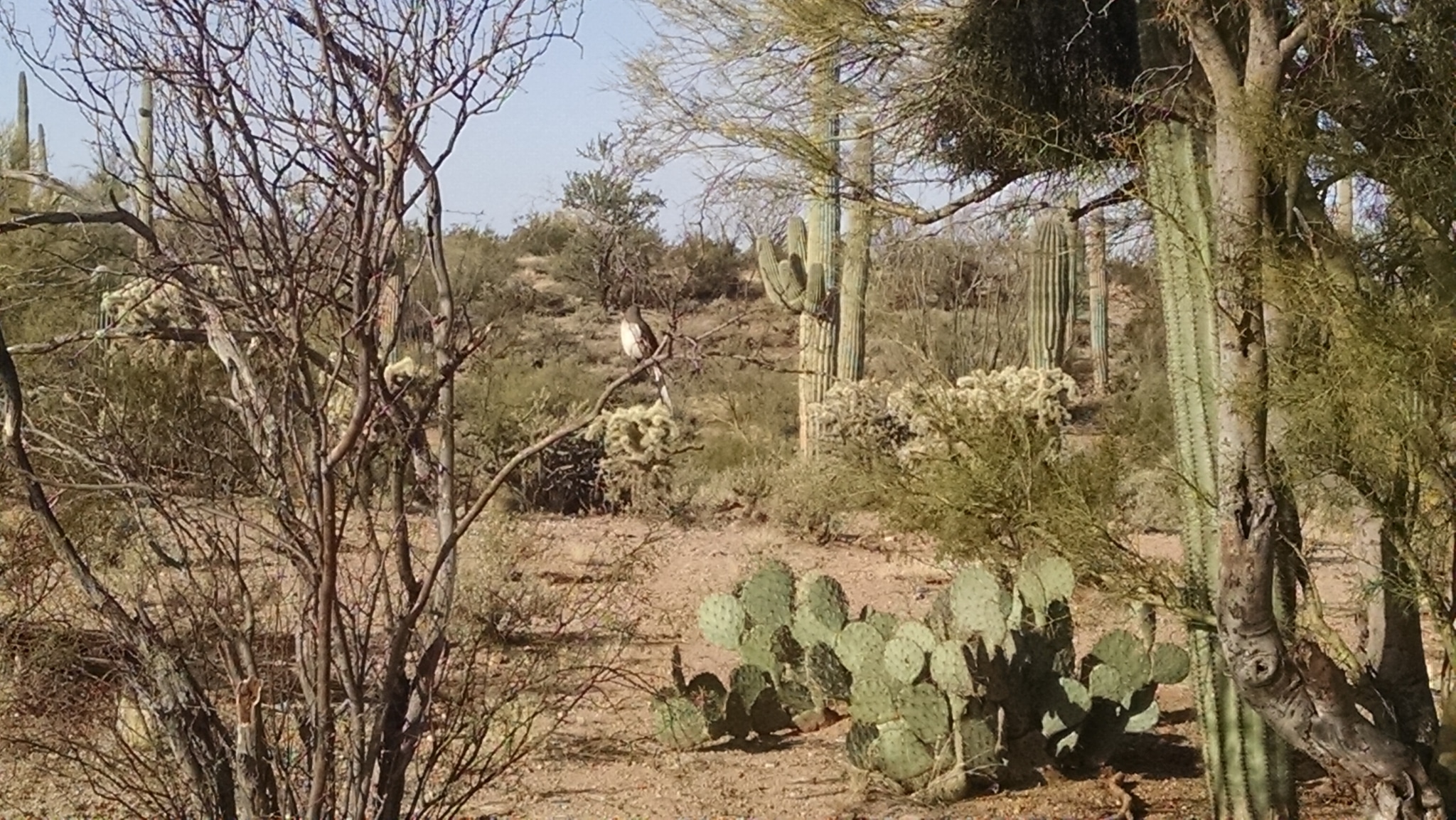 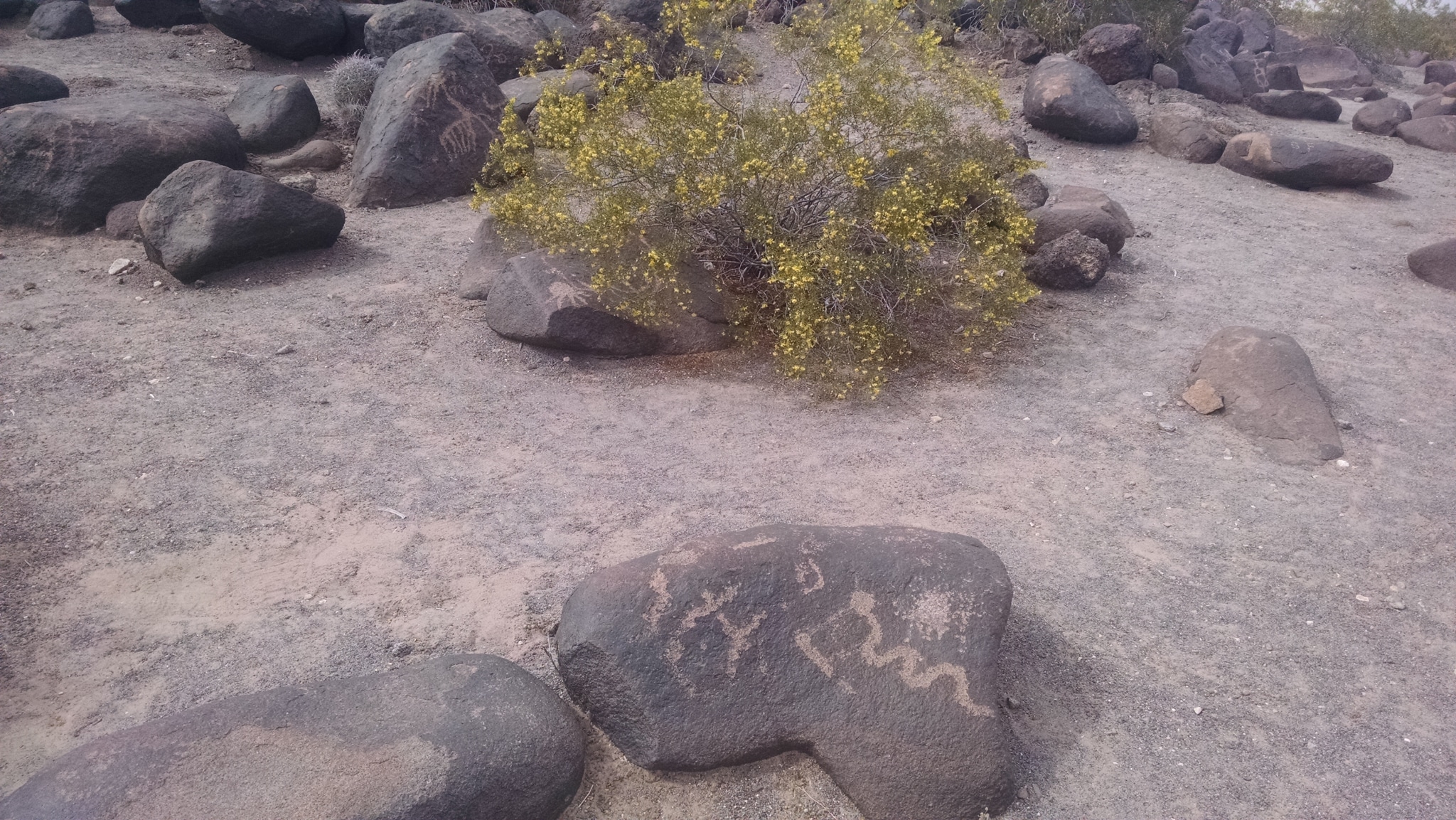 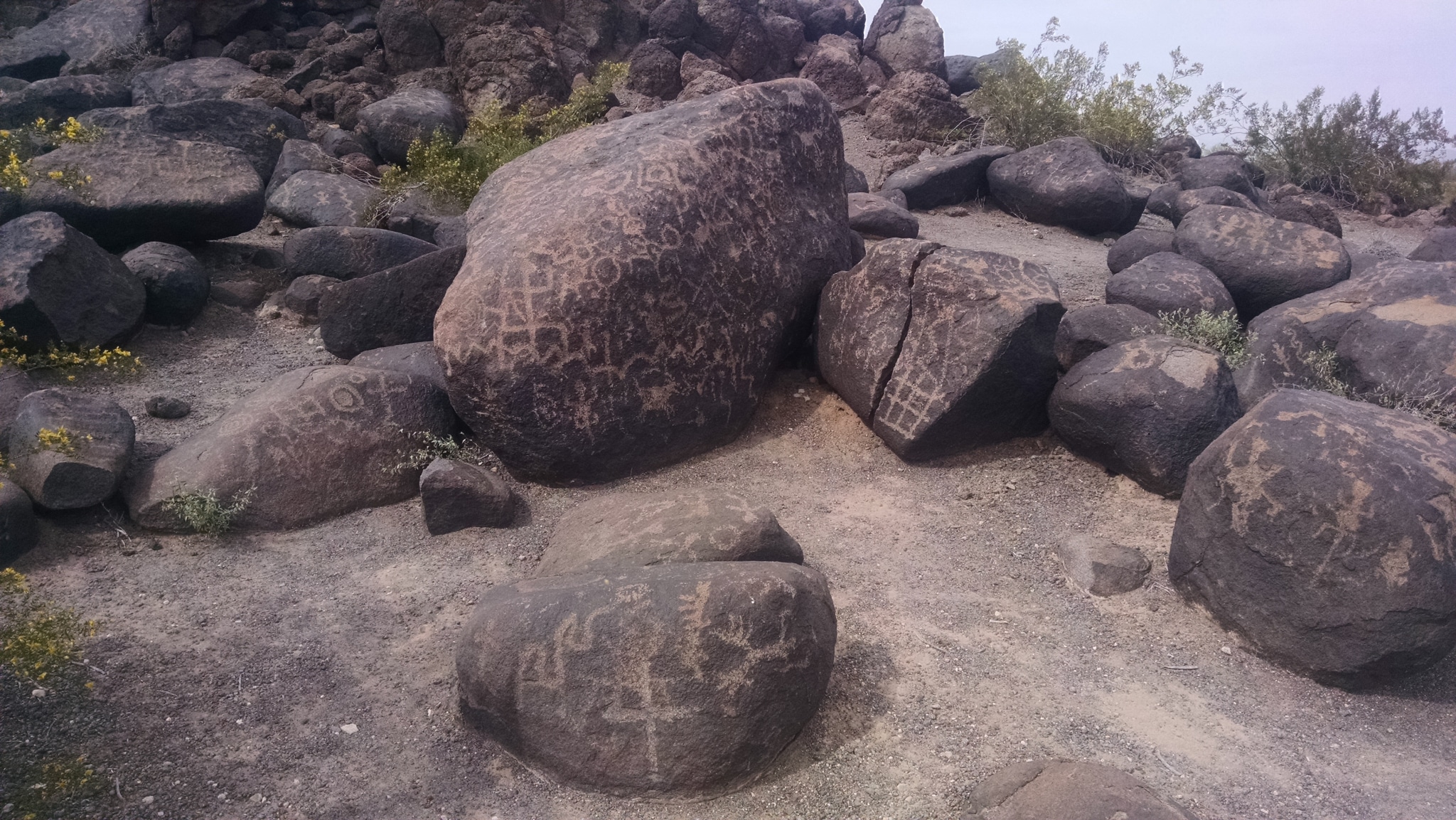 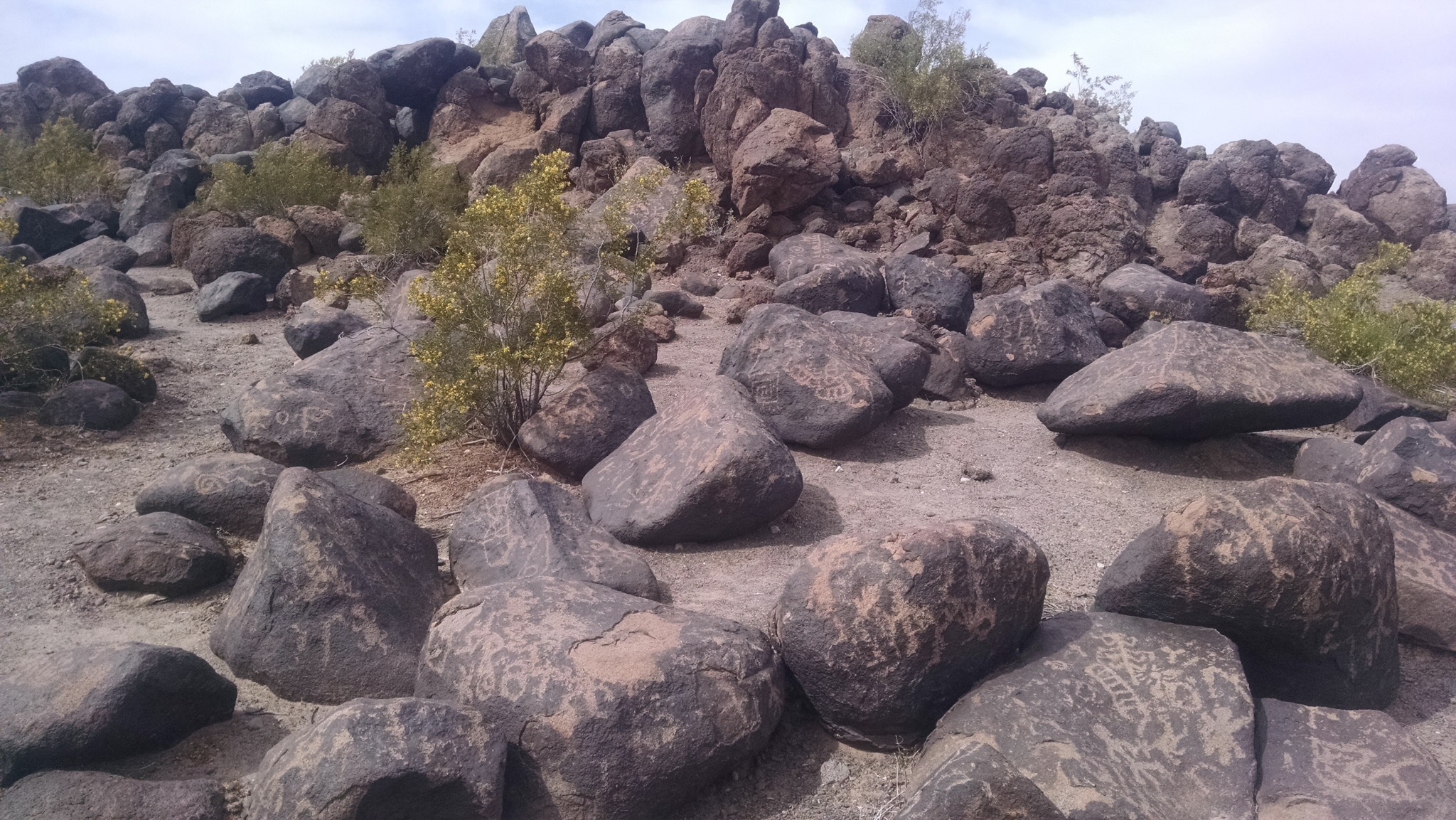 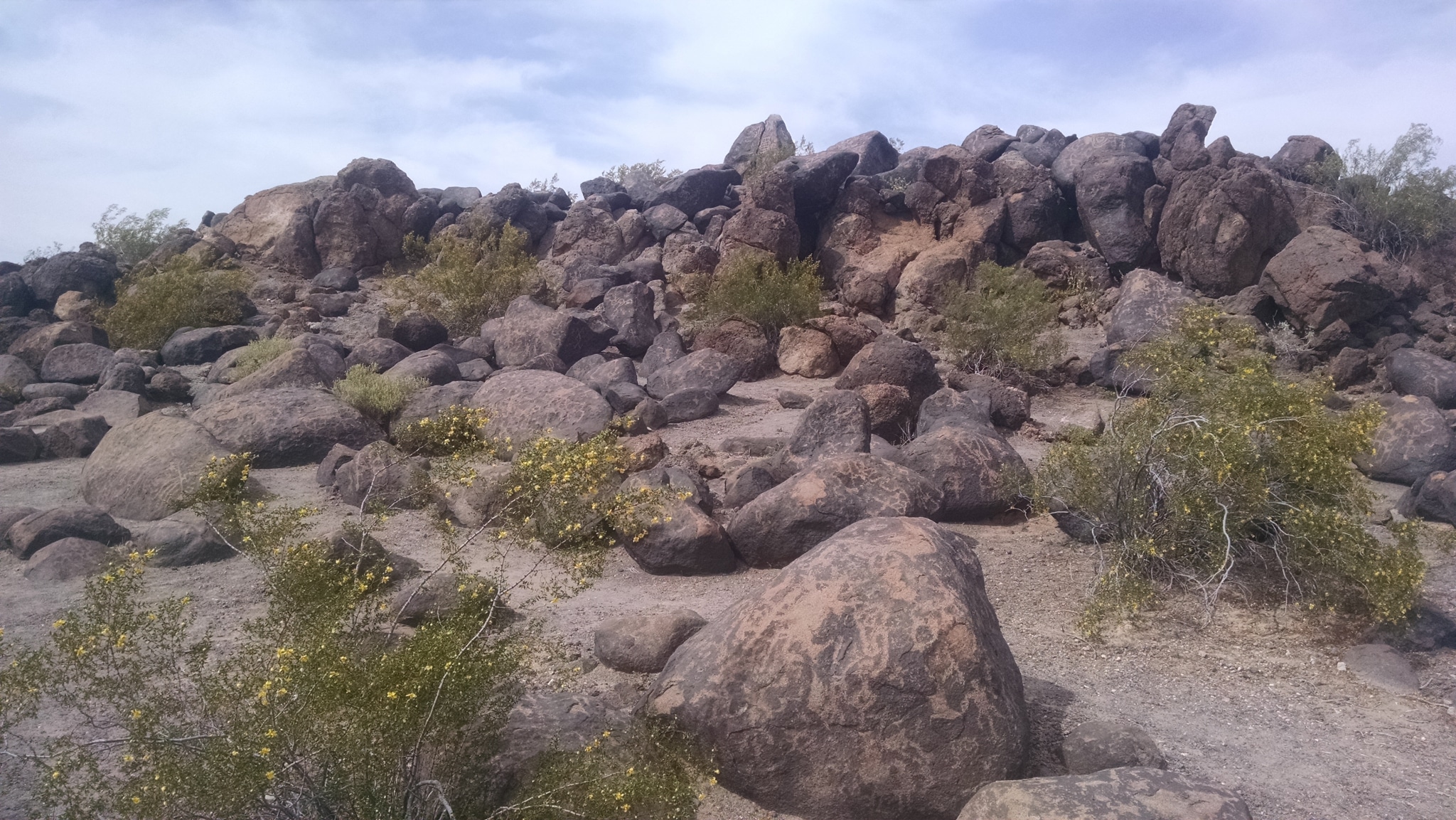 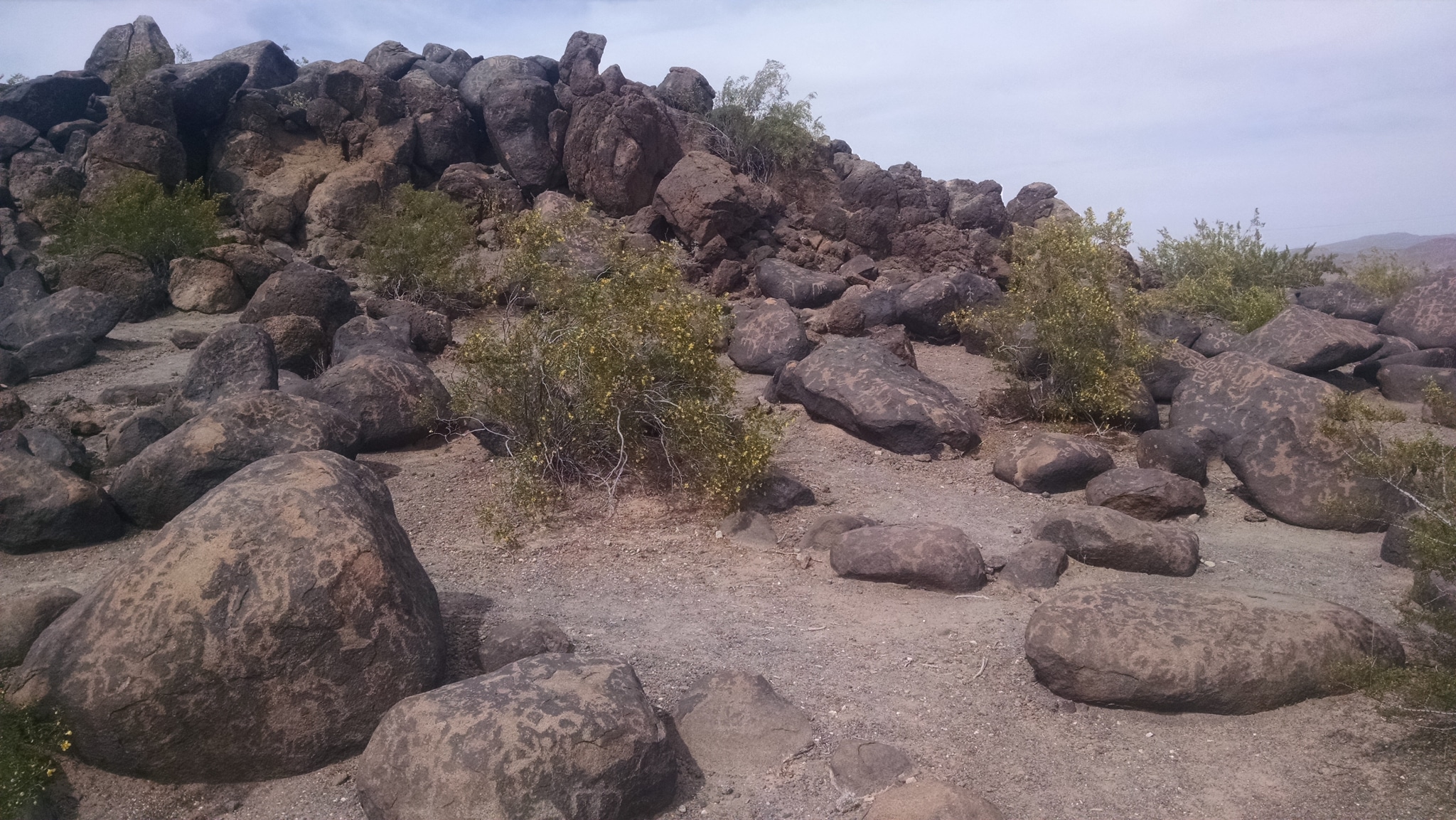