We woke up to a cool but beautifully sunny day. Greg and Beata decided to head to Miami for a couple days to check out the beach. Francis and I are going to stay until Monday so he can get some more writing done. We are planning to meet up again at the Everglades on Monday and share a campsite to save a little money. I have not started using my Trail Wallet app yet but I know the news is not good. We may have to cut out the steaks we have been eating! We took some pictures together and said our goodbyes.

Francis settled in with his writing and I started reading a new book. Someone left some paperback books in the restroom at the equestrian camp for anyone to take. They were mostly Harlequin romances but in the midst of the pile was an Anne Tyler novel ( Ladder of Years published in 1995) I had somehow missed. I thought I had read all of her early works. It is a great read, I had forgotten how quirky her characters are. I went back and forth between reading and watching the children at the next site play. The boys were dressed in camo and were hunting squirrels with air rifles and the little girls ran around playing together. I am not sure how I feel about hunting squirrels but it was great to see the kids enjoying the outdoors.

Francis took a break from writing and worked on getting the cigarette lighter in the car working. It turns out the fuses were labeled incorrectly. He was able to get it working and generally feeling very happy with the day. Unfortunately, that did not last long. As he was closing the car door, he slammed his right hand in the door. The middle finger took the worst of it. It took a while to get the bleeding stopped and the nail was damaged. Just when we were feeling so good about how well his burned hand was healing!! He is generally not accident prone but he seems to suffer some kind of injury on most of our trips. The pain kept him up for most of the night. It is amazing how sensitive fingers are.

Francis has a history of being sick or injured on these trips which is so unlike him.  In June of 2014 we did our first camping trip. The plan was to drive out to New Mexico and start camping from there. About an hour into the drive, he felt really sick and started running a high fever. We had to pull over and get a hotel for the night. He felt much better the next morning but not well enough to drive so he let me drive for about six hours which is a rarity. When we finally got to our camping destination in New Mexico, we started the  5 mile hike into our tent campsite. About a quarter of a mile into our hike, he twisted his ankle severely on a rock. He had to walk the rest of the way with a stick for support. Ironically, the sickness earlier and the twist motivated him and he wanted to push on past our planned campsite.  He views these kinds of things as a challenge and can get carried away so I had to talk some sense into him and insist we stop as planned. 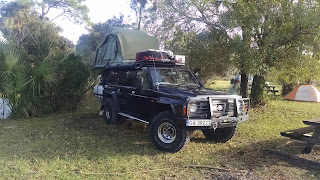 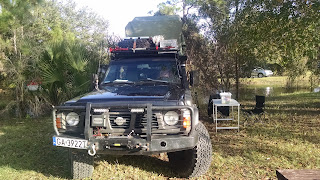