We woke up to a sunny but cool morning. We had been in the habit of heating water for coffee on our propane stove but this morning we decided to try out the Solo stove we brought with us. The advertising and reviews convinced Francis we needed it but we had not used it yet. We have the Campfire version which is the largest one they make so far.With just some twigs, sticks, and pine cones, our water was boiling in just a few minutes. What a cool gadget. Simon and Melissa joined us for coffee and let us know they were heading back to the equestrian camp for showers then heading on from there. Before they left, Melissa told us about an app they were using to keep track of their budget called Trail Wallet. We decided to get it to track our spending. I am a little afraid to find out how far over budget we are but I think it will be a useful tool.

Speaking of our budget, we decided to stretch our food dollar by making some African food like we do at home. It is economical and lasts a long time. We had picked up the supplies during our last grocery run. Cooking it on the propane stove is a bit different than on the electric stove at home. In order to save propane, we had to cook it a bit more quickly than usual so the flavors did not blend quite as well as usual but once we added rice and some hot pepper it was pretty good and we had plenty of leftovers.

Our campfire that night was fantastic thanks to some wood we found near the campsite. It has a huge amount of resin in it so it burns instantly and gets really hot. It also gives off a very nice smell. None of us are sure what it is but it seems like some kind of pine to me. Our neighbor Dan, who is also an aspiring Christian writer, joined us at the campfire. He had lots of questions for Greg and Francis about how they had convinced Beata and I to join them on this adventure. He told us lots of stories about his life and his experiences as well as giving us some tips about free things to do in the little town nearby. He was planning to be away for a couple of days for a men’s retreat so we promised to keep an eye on his campsite and bicycle. We ended the evening with our favorite polish sausages and headed to our tent. 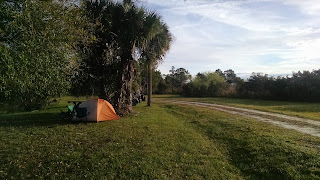 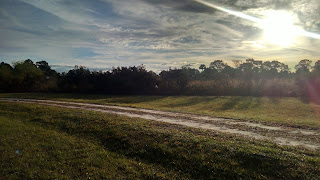