While we were eating breakfast, a white truck pulled up. An older gentleman got out and told us they had been having trouble with people breaking into the mine nearby and stealing equipment. We of course assured him we were just camping. He got much friendlier at this point and told us about the mining operation. He also told us we could pan or use a metal detector in the area we were in as it was far enough from the claim. He left us and continued to the mine.

The prospector, whose name turned out to be Francis as well, came back a little while later with some rocks to show us. He showed Greg and Francis how to pan for gold and invited us to come to his house to see more rocks. After that he was going to show us a better place nearby to do some panning. When we arrived at his home, we met his adorable pitbull and got to see all kinds of interesting rocks and minerals he had collected. He gave us some to take with us before we headed to the new spot.

Francis panned for gold for a little while before deciding it was a little too boring for him. Greg kept at it while we took a walk and looked for pretty rocks. After a couple hours, Greg had  two flakes of gold so we headed back to Alamogordo. We said our goodbyes to our Polish friends as they continued on with their adventures. We went looking for a hotel for the night. We wanted a hot shower, laundry facilities, and a real bed.

We ended up at Super 8 again. It was the best choice in our price range. The manager was very nice and gave us some suggestions for nearby places to eat and told us to be sure to try the local specialty which is green chile. He told us that New Mexico is the only state where you can ask for green chile to be added to your burger at any McDonalds.

Three loads of laundry done, a delicious meal at the restaurant next door, and a couple of movies on cable made for a great night. 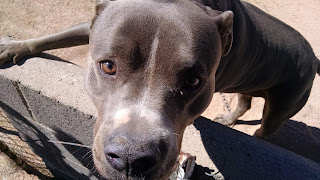 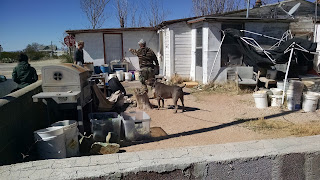 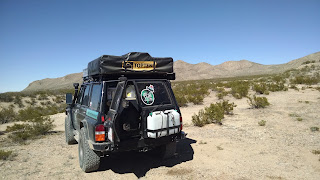 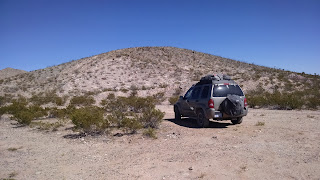