We packed up bright and early to head to Carlsbad Caverns in New Mexico. We planned to spend the day there then loop back into Guadalupe National Park to spend the night in the other campground, Dog Canyon. The two campgrounds are only about 12 miles apart but there is no road through the park to take you directly there. You have to drive into New Mexico then back down into Texas.
We stopped at the little town of White City for gas, coffee, and breakfast. It is a tiny place that seems to exist primarily as a stop for people on the way to the caverns. A friendly young woman at the gift shop recommended the town’s lone restaurant for breakfast. We were warmly greeted by the sole waitress and as the only customers we had our pick of tables. There were photos and descriptions of famous people from the old west at all the booths as well as brightly colored stain glass windows. Our tex-mex style breakfasts were delicious and the portions were very generous. Our waitress entertained us with stories of the ghost in the restaurant kitchen and some of her more interesting customers.
When we arrived at Carlsbad Caverns, we were informed that the elevator was out of order so we would have to walk the 80 story trail down into the caverns and back out again. We figured it would be a good way to work off the big breakfasts we had eaten. We spent a few minutes looking at the exhibits in the Visitor Center then headed to the cavern.
We entered the cavern and began the long descent. It quickly became dark and much cooler as we got lower. The walk down took quite awhile as we stopped often to take pictures of the incredible formations and read the information posted along the trail. While taking pictures, we chatted for a few minutes with a couple of young women, Allysa and Sandra. They were visiting the caverns as part of a trip celebrating their 30 year friendship which had started in preschool. Native Californians, they gave us some suggestions for places to see particularly in the northern part of the state. Finally we reached the bottom where you enter The Big Room which is about a mile and a half loop of   beautiful sights like the Painted Grotto and the Rock of Ages. Eventually it was time for the hike back to the top. It is always interesting to me how things look different coming from the other direction and we saw things we had missed on the way down. Stopping to take more pictures had the added bonus of giving me a minute to rest from the steep climb. We knew we were near the end when we started to glimpse sunlight from the entrance. The spectacular things we had seen underground were well worth the effort.
We headed back across the border to Texas and made our way to Dog Canyon campground late in the afternoon. The set up there was similar to the other campground in Guadalupe where you park and walk a short distance to your site. There was only one other camper who was sleeping in his truck so we had our pick of sites. We had just enough time to set up the tent and eat a quick dinner before the sun set. 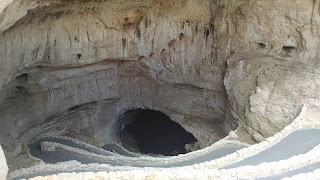 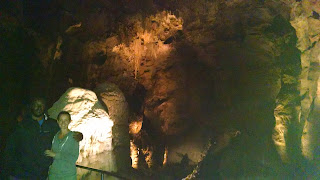 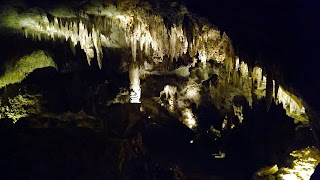 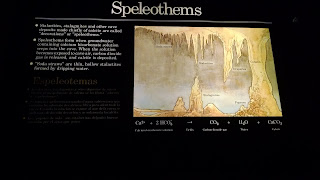 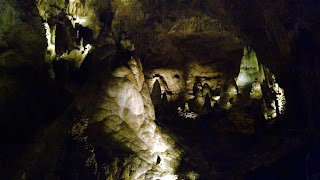 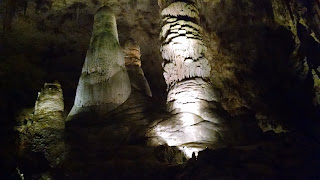 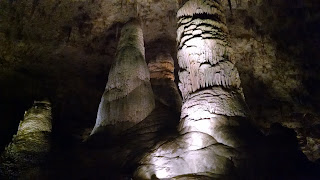 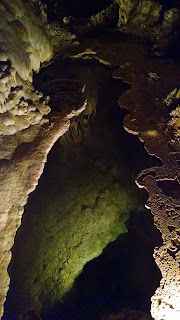 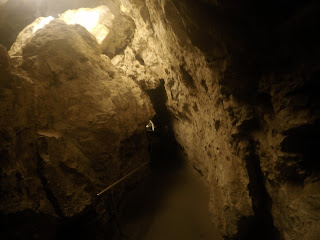 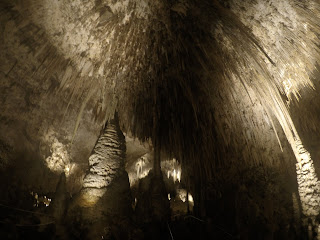 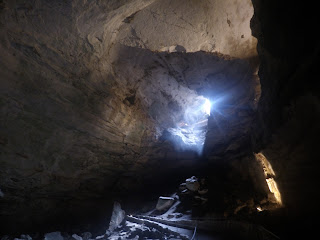 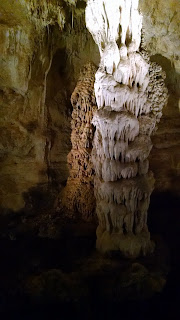 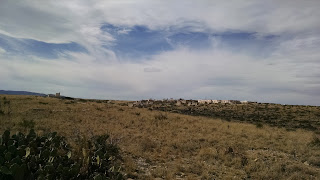