We woke up early, anxious to move from our spot in the parking lot and get a campsite. We realized as we were moving things in the truck that our freezer was not working. We had just stocked up on groceries the day before so this was not good news. We decided to take a drive so we could try charging the freezer from the car battery. We drove into nearby McKittrick Canyon and saw a herd of what we thought were elk. A ranger we later talked to at the visitor center confirmed that when we showed her the photos.

The campground cleared out early so we found a great spot and set up camp quickly. We got some reading and writing done then set off for a hike on the nearby Springs trail. At the very beginning of the hike you can see the Frijole Ranch. Once a working ranch, it is now a museum. We read about the family that lived and worked there and how they made the ranch a success in such a harsh environment.

As we continued on the trail we met a fellow hiker named John who joined us. He had taken a guided geology hike the day before so he gave us a lot of information about how the mountains had formed and some of the fossils we could see that provided evidence for the belief that the area had once been under water. It was a pretty easy 2 miles with a lovely spring at the top. The interesting company and the scenery made the time go by very quickly. 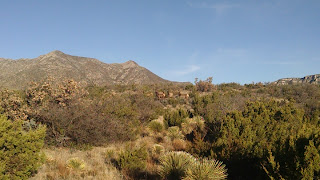 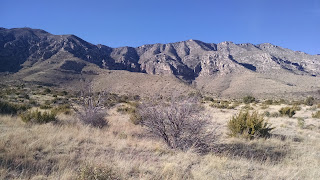 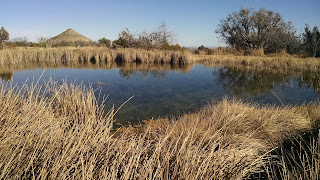 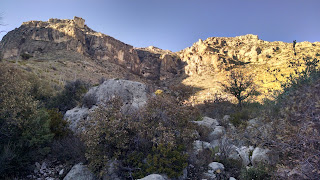 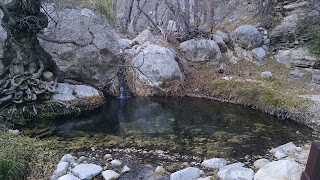 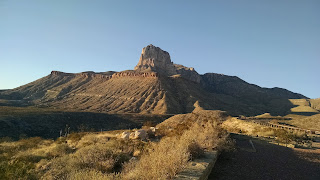 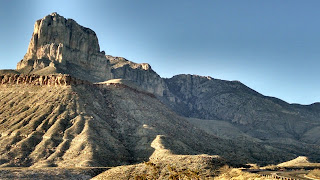 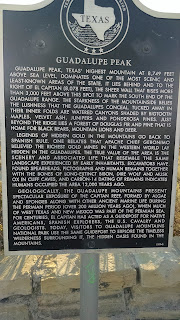 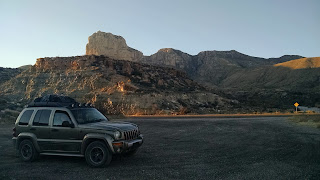