Today was our last full day in Big Bend. Two weeks went by so quickly. We headed out early to hike the Pine Canyon trail. It was the first hike we took when we came last year. It has a small waterfall that runs if there is enough rain. We saw it last time because it was a wetter than usual spring but this year has been dry. We have however been told by several people that it is a good place to see bears including a mother with several cubs so we are hoping for a sighting. From a distance of course.
The first part of the trail is in the desert. Shortly into our hike, we began to see what we thought was bear scat on the trail and it looked fresh so Francis was very excited about our chances of seeing a bear. We kept a sharp eye out as we entered the tree covered part of the trail. We had been told bears like the ravines alongside the trail. We ran into a couple with their young daughter taking a rest before hiking to the top. They did not seem as excited about the possibility of seeing a bear as we were. They let us go on ahead of them while they rested a bit longer. The trail gets a bit steep toward the end but brings you to a beautiful open area where the waterfall sometimes appears. We climbed a big rock to enjoy the sun and look out for the bears we were promised. Before too long, the couple and their daughter made it to the top as well.
As we headed back down the trail, we were joined by a fellow hiker named Kyle. He too had been in the park for some time staying in a number of the primitive car campsites. He recommended visiting the nearby town of Terlingua for Monday’s two for one burger special. We like burgers and we are trying to watch our budget so that sounded good to us.
We headed to the entrance near Maverick Junction to exit the park and drove to Terlingua for lunch. We found out the burger special did not start until 5:30 but we got a recommendation for a good place for lunch. We sat outside on the cool, shady patio. We could see sheep grazing from our table and there were two dogs outside with us. They seemed to be regulars because everyone coming and going knew their names. Our waitress suggested the fajitas and cheeseburgers as her favorites so we went with that. The food was delicious especially the guacamole with my fajitas. Full and happy we drove back to camp to pack up as much as possible before the sun set. 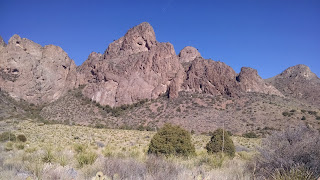 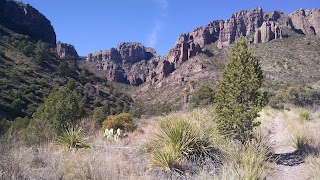 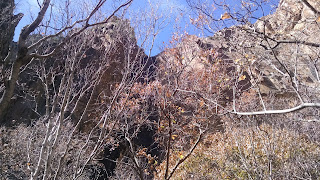 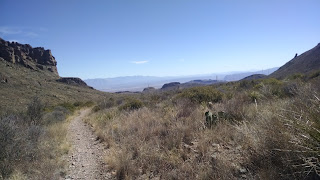 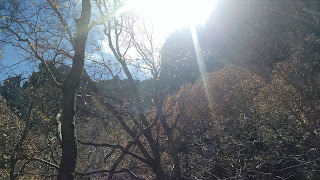