Lost in the forest on the Olympic Peninsula

Lost in the forest on the Olympic Peninsula

One challenge we have is trying to strike a balance between enjoying our travels and keeping up with work commitments. This particular day, we decided to head into the nearby town of Forks to do some work before we did any more exploring. As many of you probably know, Forks is the setting for the popular Twilight books by Stephenie Meyers.

When we arrived, we immediately looked for a coffee shop with wifi. Unfortunately, there was only an espresso shack. Great for coffee, not so good for work. We were hungry so we stopped in at Forks Coffee Shop ( despite the name, this was a restaurant, not a coffee shop!)for breakfast. The menu was pretty standard breakfast fare but the food was good and the portions were generous for the price.

After breakfast, we headed to the public library as our workspace for the morning. This trip has really reminded me what wonderful resources libraries are for the community. We were planning to work for no more than 2 hours so we could have the afternoon free. I had a set of math questions to complete and I was determined to get them finished and uploaded so I could relax and enjoy the rest of our day. By 1 o’clock, I had written the last of my 54 questions and submitted them. Time to pack up and enjoy the beautiful, sunny afternoon.

Our destination was Lake Ozette which is the largest, unaltered natural lake in the state of Washington. A number of people we met had recommended it as a must see so we were looking forward to checking it out. The GPS offered us a shorter route through the forest so we decided to take it. That turned out to be a mistake! The drive through the forest started out nice but soon took a turn for the worse.  As we attempted to turn onto a forest road per the GPS directions, we found two empty cars parked in the middle of the road blocking our path. We called out a number of times hoping to get their attention but no one responded.

We backtracked a bit and tried to find another route with help from the GPS. Unfortunately, the longer we drove the worse things got. Every road we went down ended up having a locked gate blocking us from getting to the main road. This probably happened 4 or 5 times. We started to get a bit worried when one road we went down had a new looking bike laying on it with no sign of anyone around. We were afraid to get out of the car and move the bike in case someone was hiding in the nearby woods but it was blocking the road so we had to. As we drove further into the forest hoping to find our way out, an angry looking man with a crossbow emerged from the woods! It felt like a scene from the Walking Dead! Turns out he was a hunter and we were scaring the herd of elk he was following. He was actually very nice and told us it was the logging companies who had locked all the gates and if we had been about an hour earlier, we could have gotten through. His suggestions were to either break the lock of one of the gates or head all the way back the way we had come. We did not want to break the lock nor did we have anything to do it with even if we wanted to and by this point, we were not sure we could find our way back.

I figured if all else failed, we would find a spot to sleep for the night and get out in the morning when the loggers returned for work and opened the gates.

Fortunately, we were able to find our way out of the forest because Francis remembered that his phone keeps track of his location history. We were able to use that to retrace our steps. At this point, we had been driving for over 6 hours and gotten nowhere. By the time we made it back to camp it was after 9 o’clock and we were exhausted by our adventure but happy not to be spending the night lost in the forest. You’ll notice the photo gallery for this post only has two pictures. There was not much to see besides empty forest and lots of locked gates! 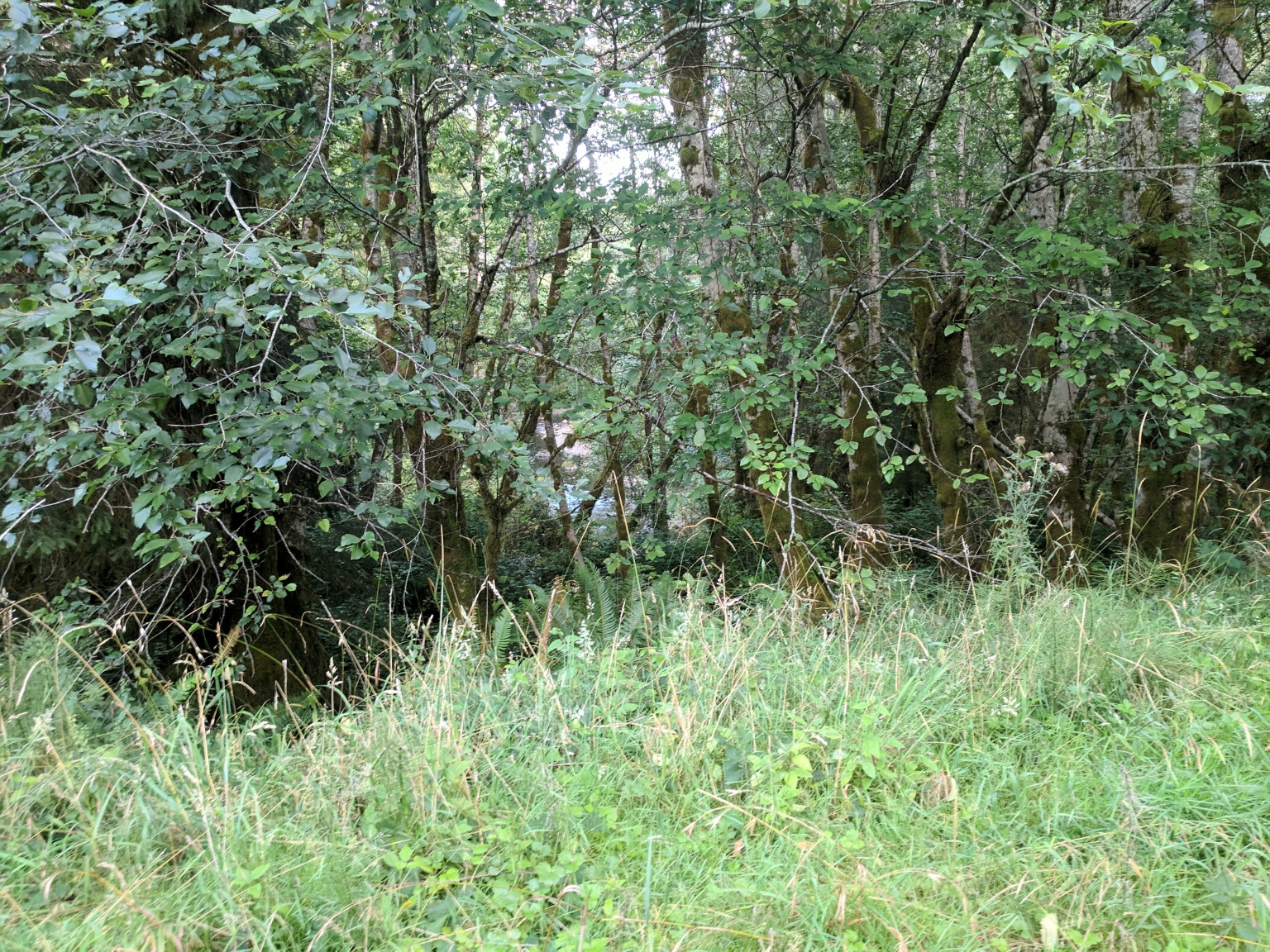 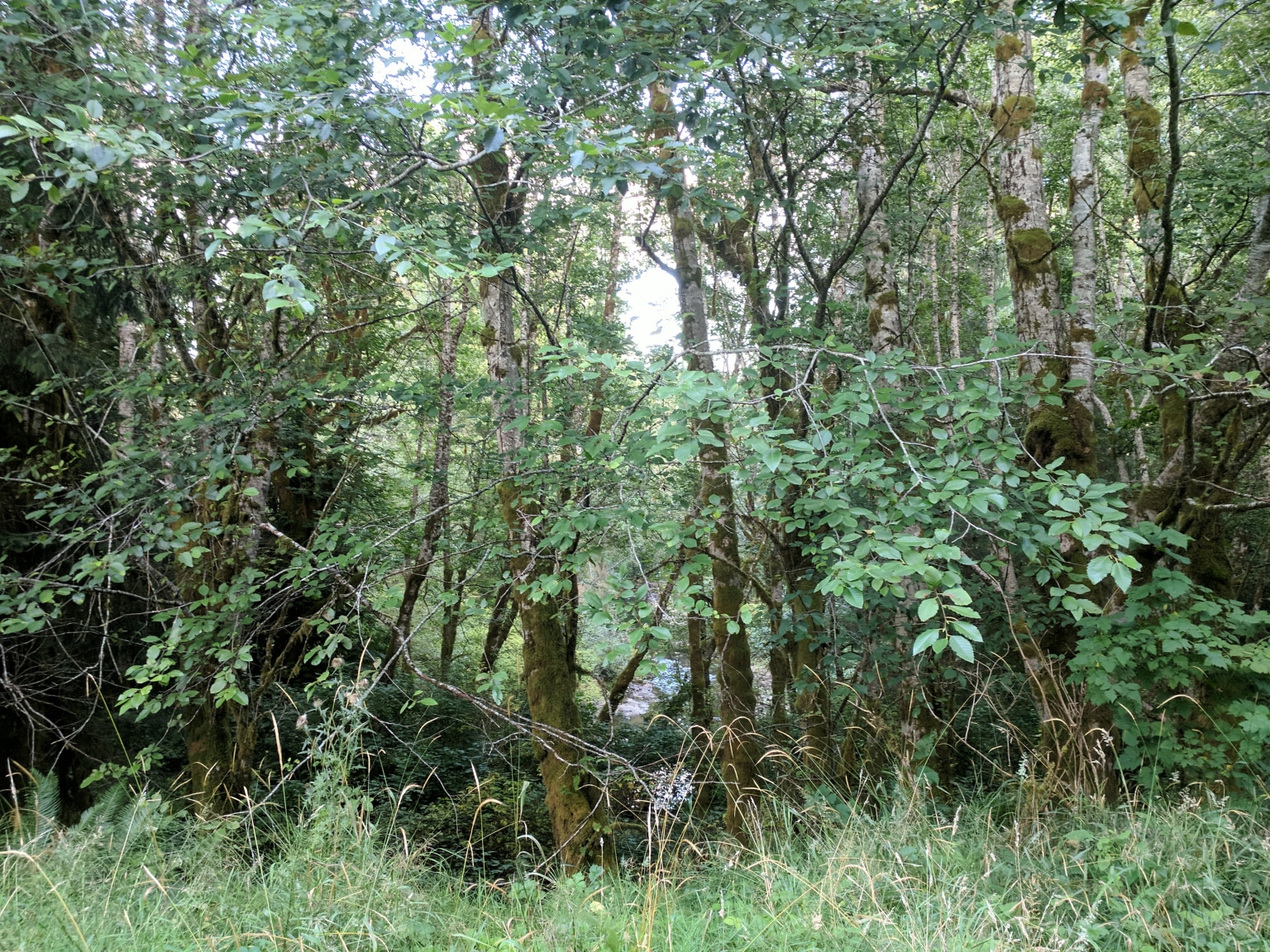