We woke up still feeling a bit disgruntled about our fruitless attempt to visit Lake Ozette the day before but determined to put it behind us. We packed up camp in preparation for heading to a different section of the park and said goodbye to Bear Creek Campground. We decided to fuel up for the day with a stop at Hungry Bear Cafe for breakfast. Francis had the Logger’s Breakfast which included 2 pancakes, 2 eggs, and sausage. I had biscuits and gravy with hash browns. As you can see from the photo, the portions were huge. The coffee was good and the service was excellent.

With lots of leftovers boxed up to enjoy later, we got back in the jeep and headed to Cape Flattery which is the northwesternmost point in the contiguous United States. We stopped in Neah Bay to purchase a recreation pass. Cape Flattery is located on the Makah Indian Reservation so a $10 annual recreation pass is required in order to access the trail. It is obviously a popular hike because the parking lot was quite full. The trail was about 3 quarters of a mile and well maintained. The view of the Cape was spectacular with rugged cliffs, sea stacks and a lighthouse in the distance. On the hike back to the parking lot, we chatted with some hikers from various states who were on a Twilight tour. Boy people love their Twilight stuff around here!

After a quick stop at an espresso shack for coffee, we headed toward Rialto Beach thinking we might squeeze in a second hike. The beach was beautiful but by the time we arrived, the weather had turned windy and much colder so we decided to find a campsite for the night and return the next day to do some hiking.

We were happy to find Klahanie Campground in the Olympic National Forest only about 15 minutes away. It was nothing fancy, but it did have an outhouse and a pretty river view and was only $10 a night. We managed to get a site right on the water and settled in for the night. 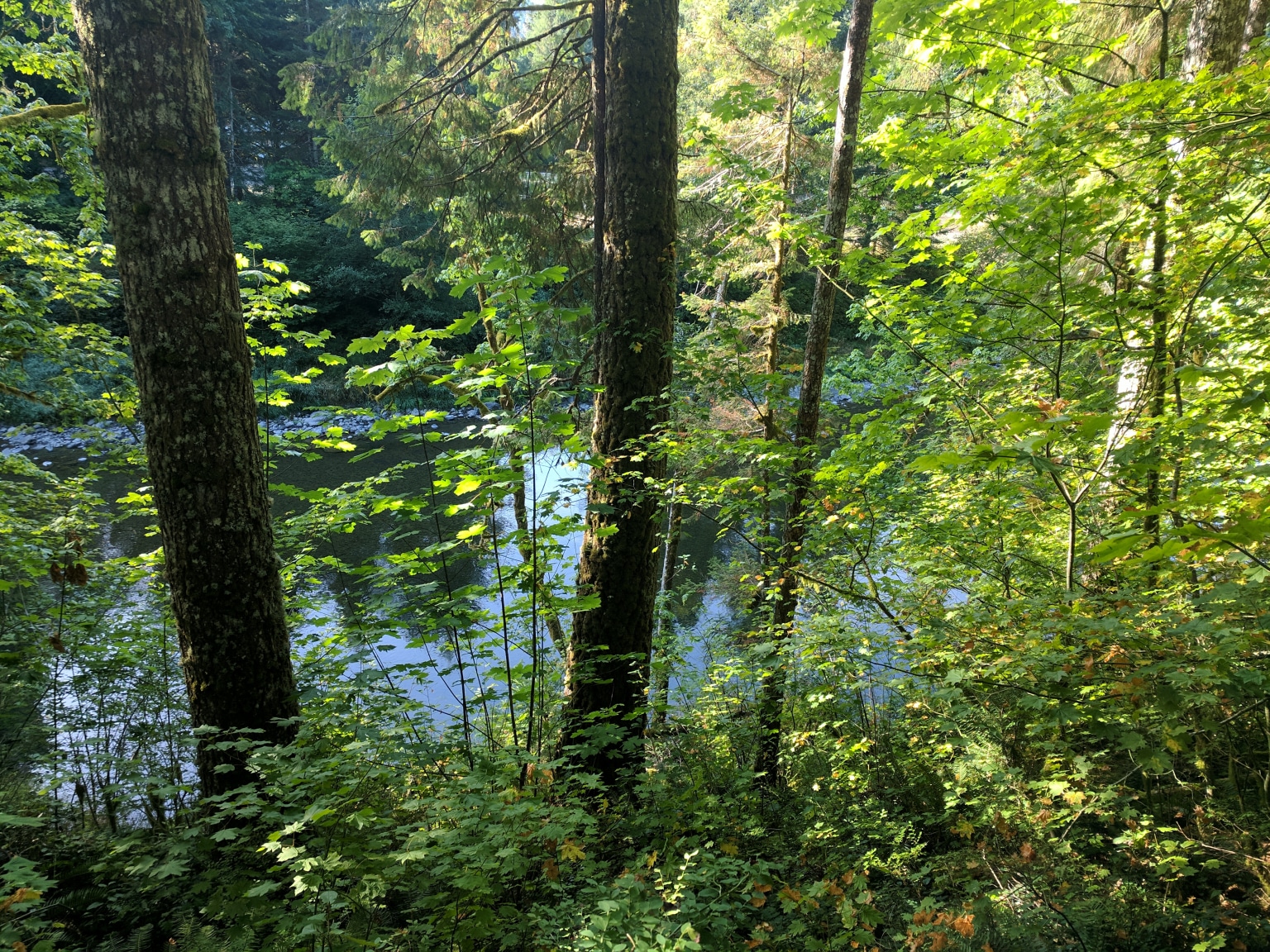 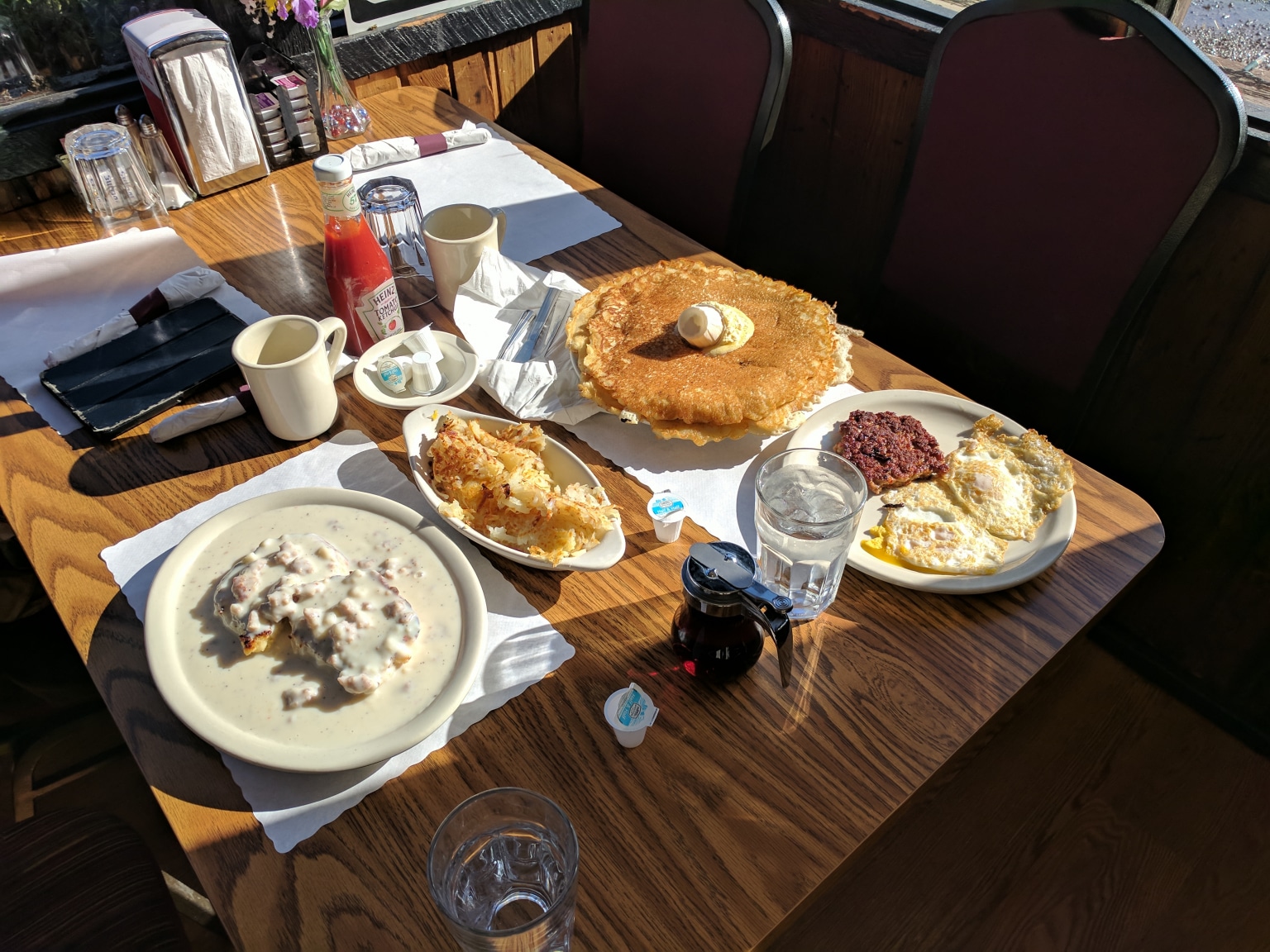 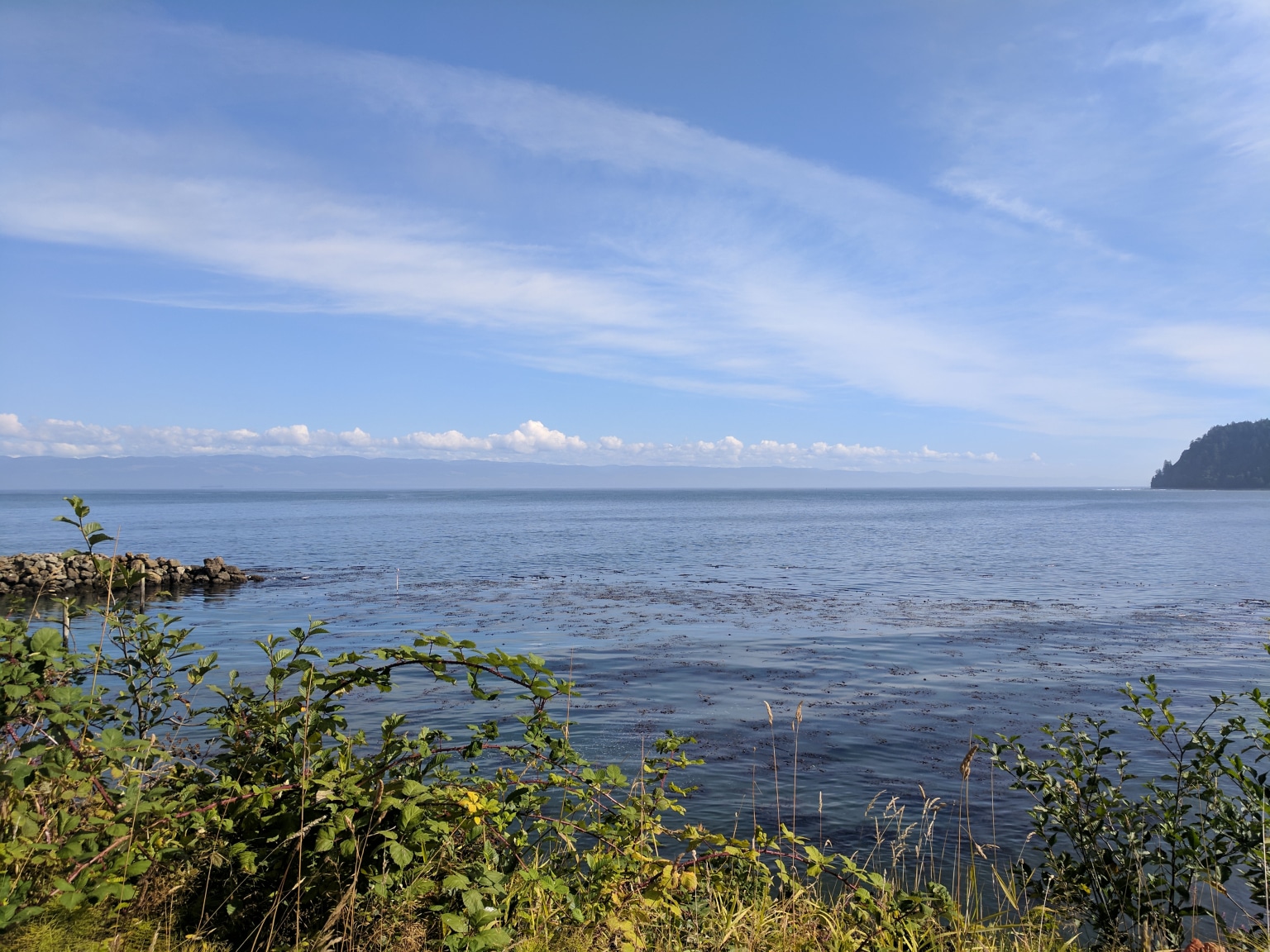 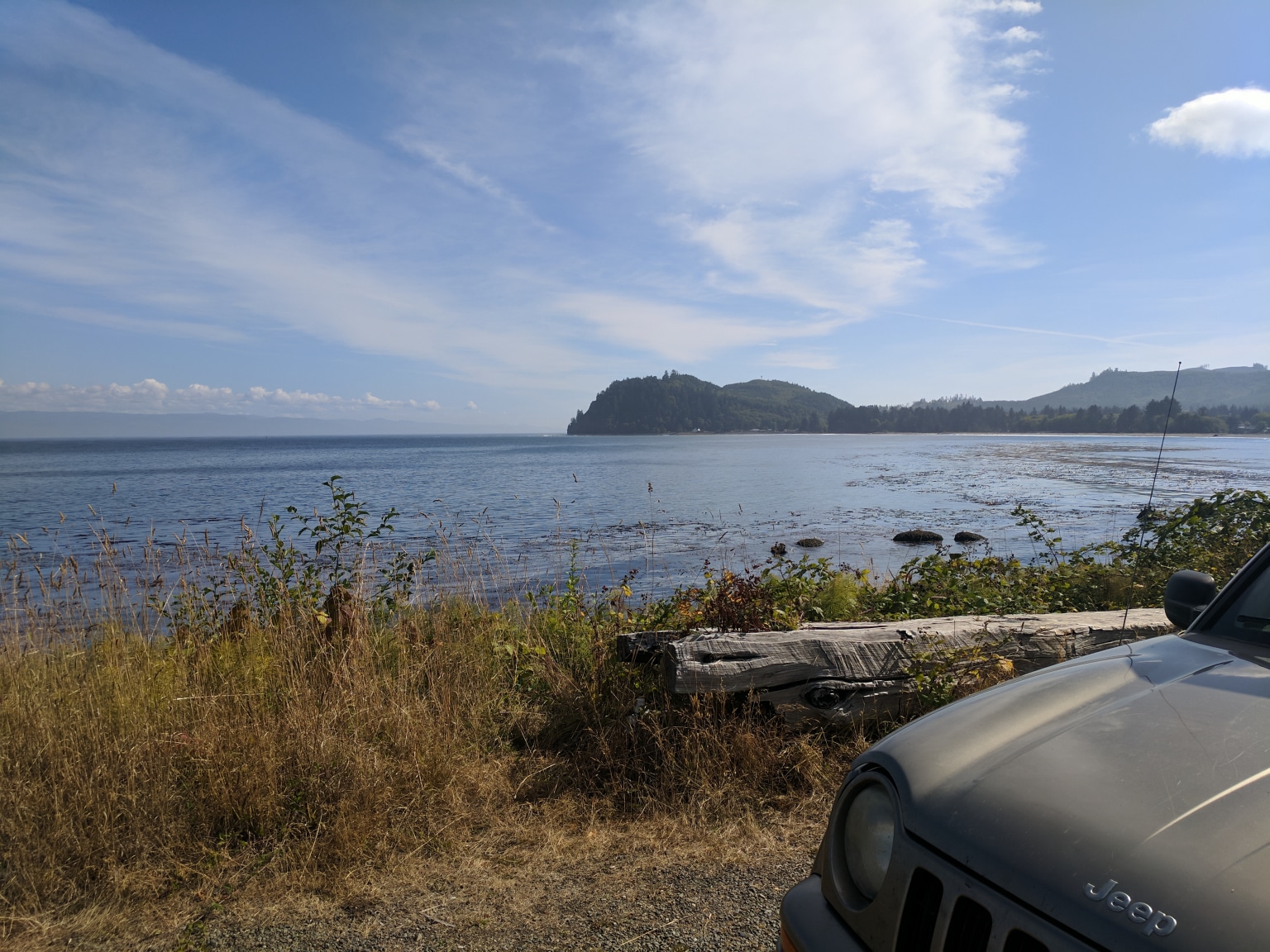 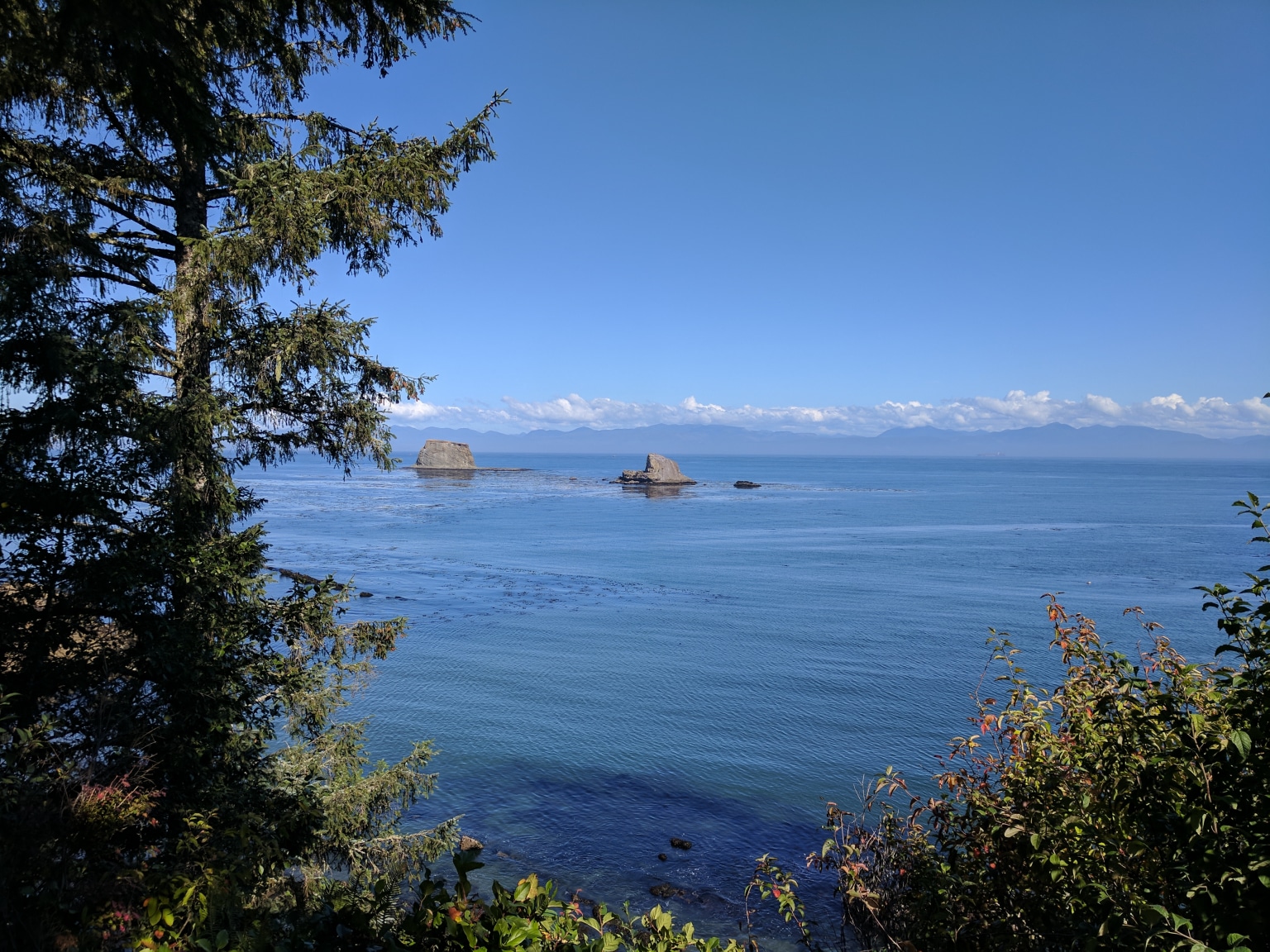 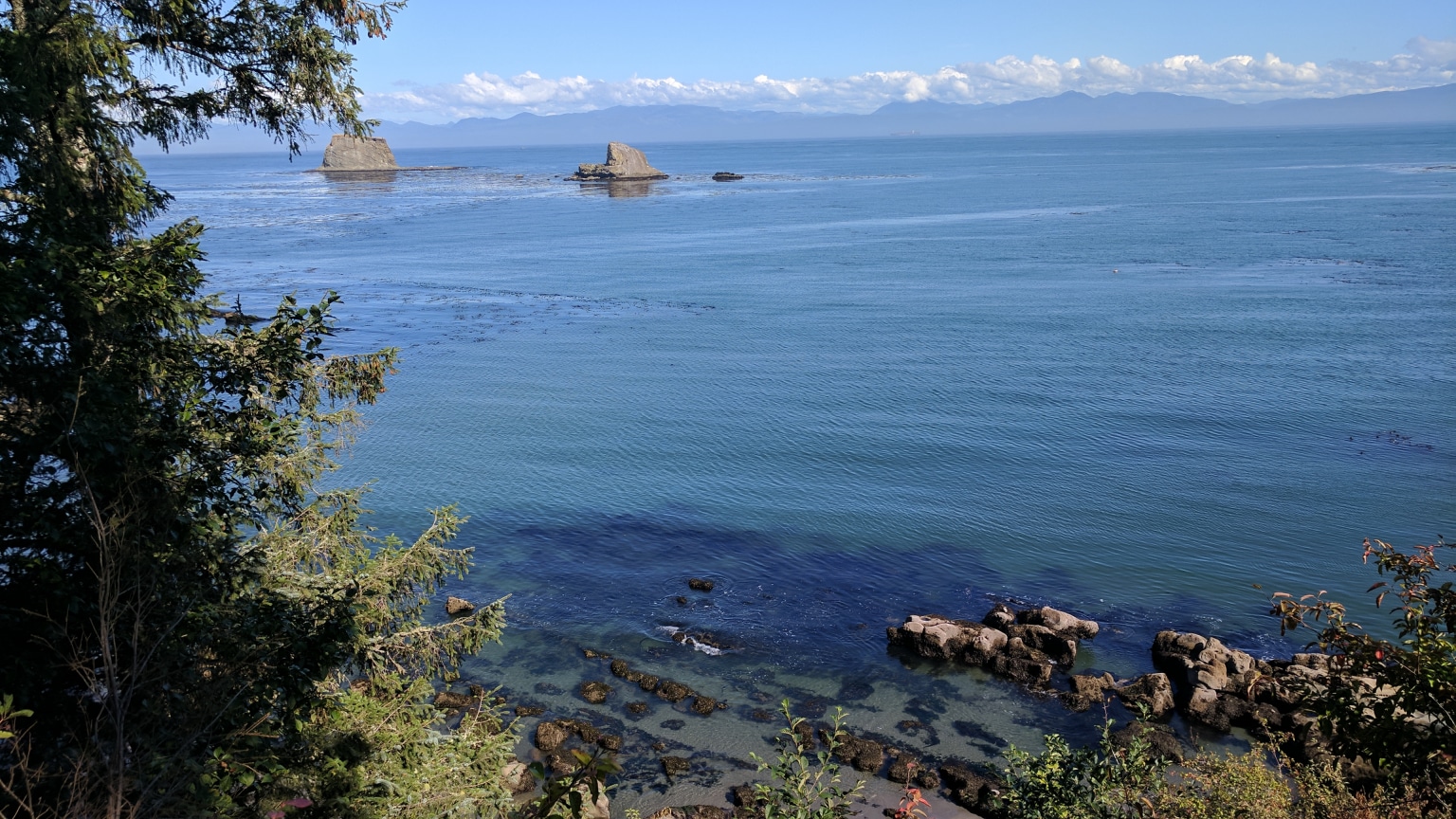 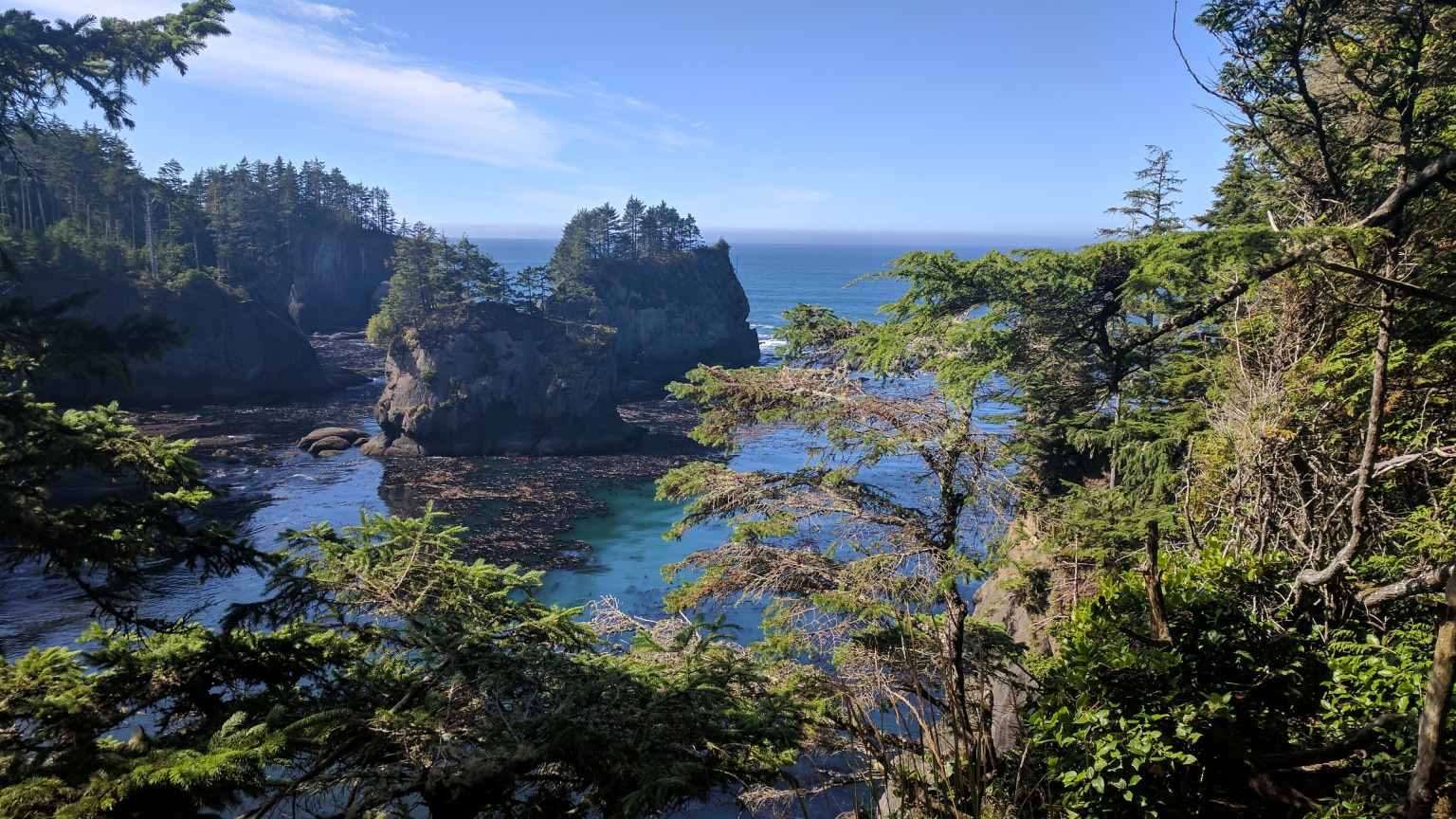 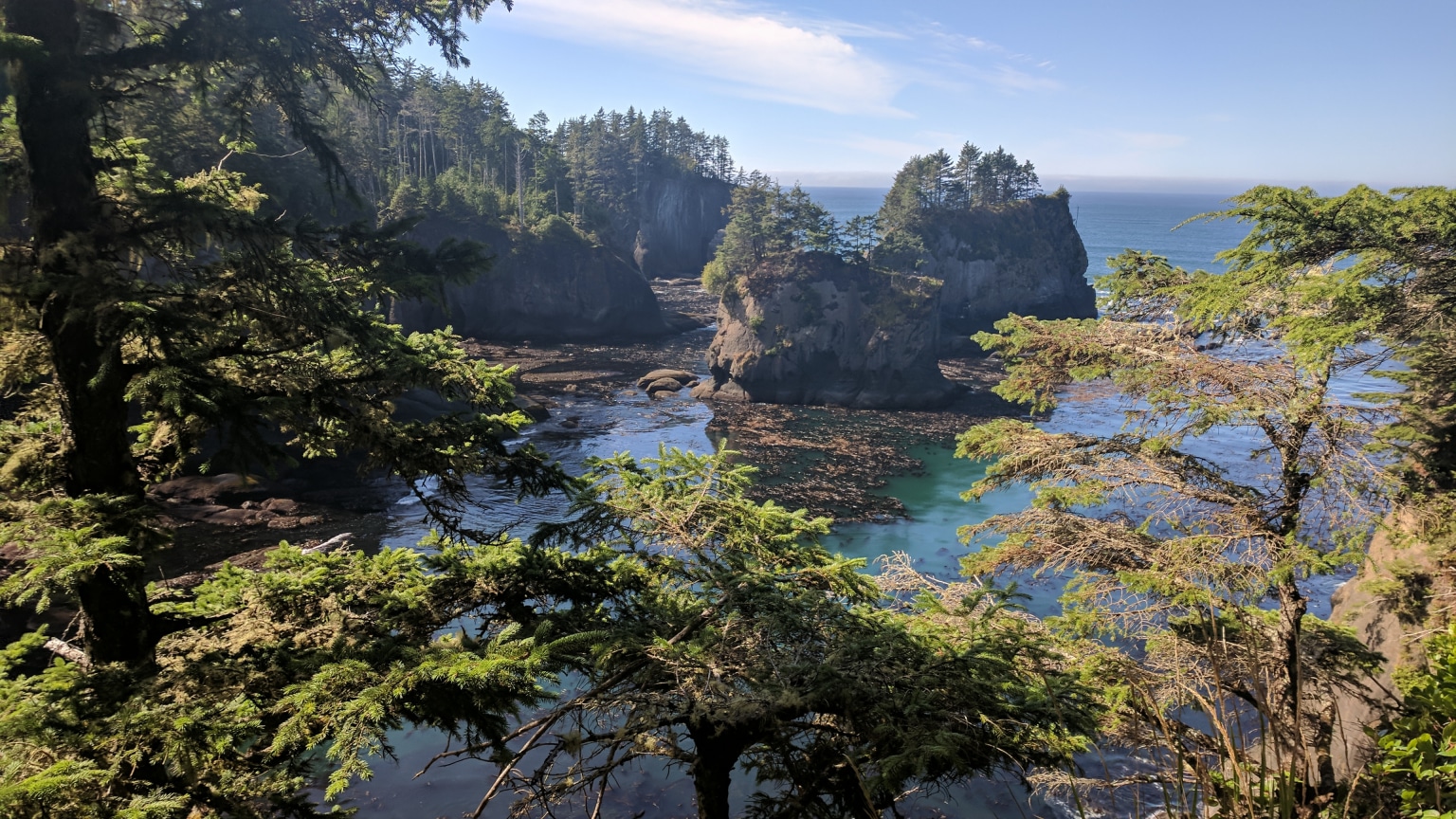 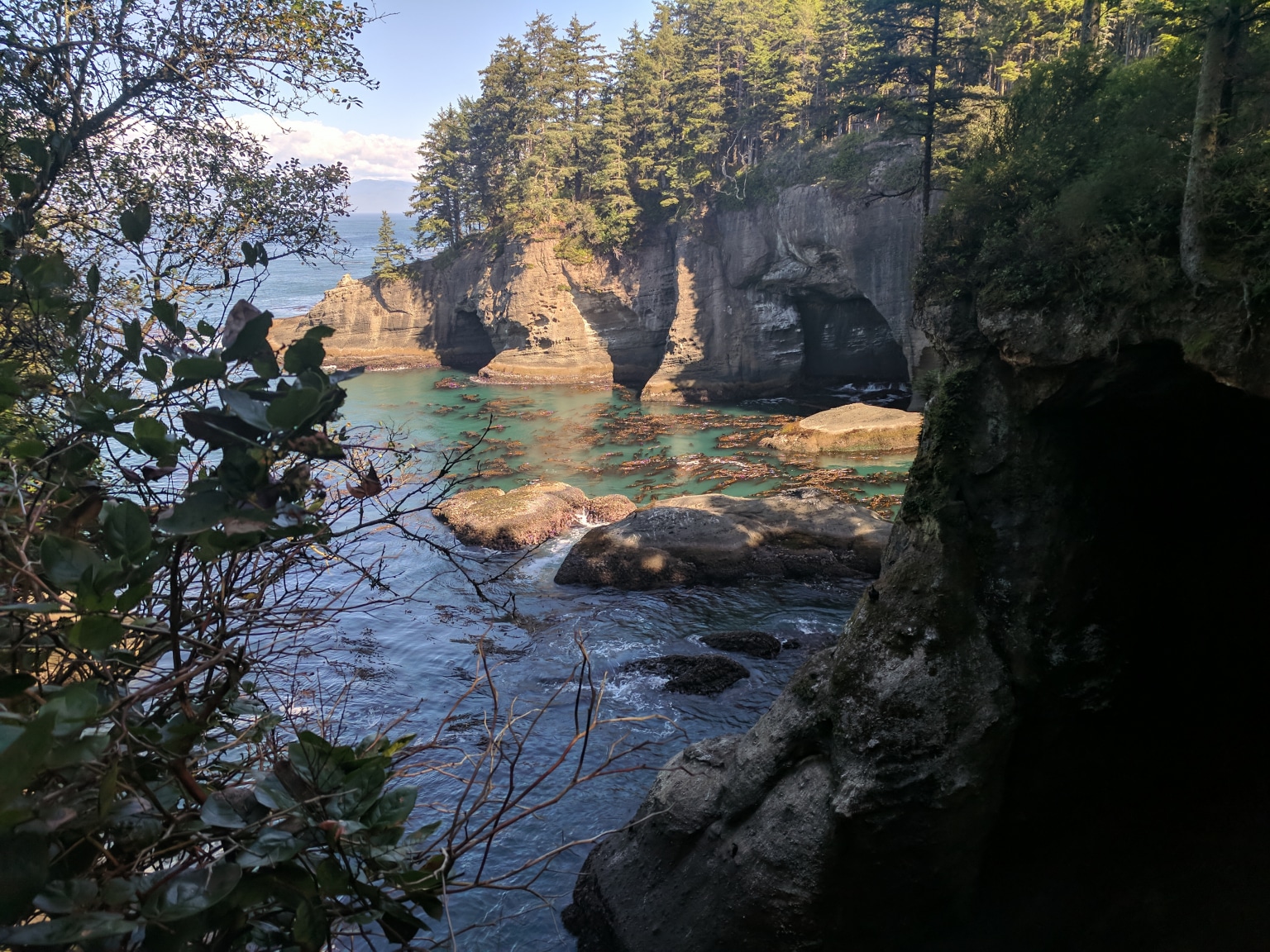 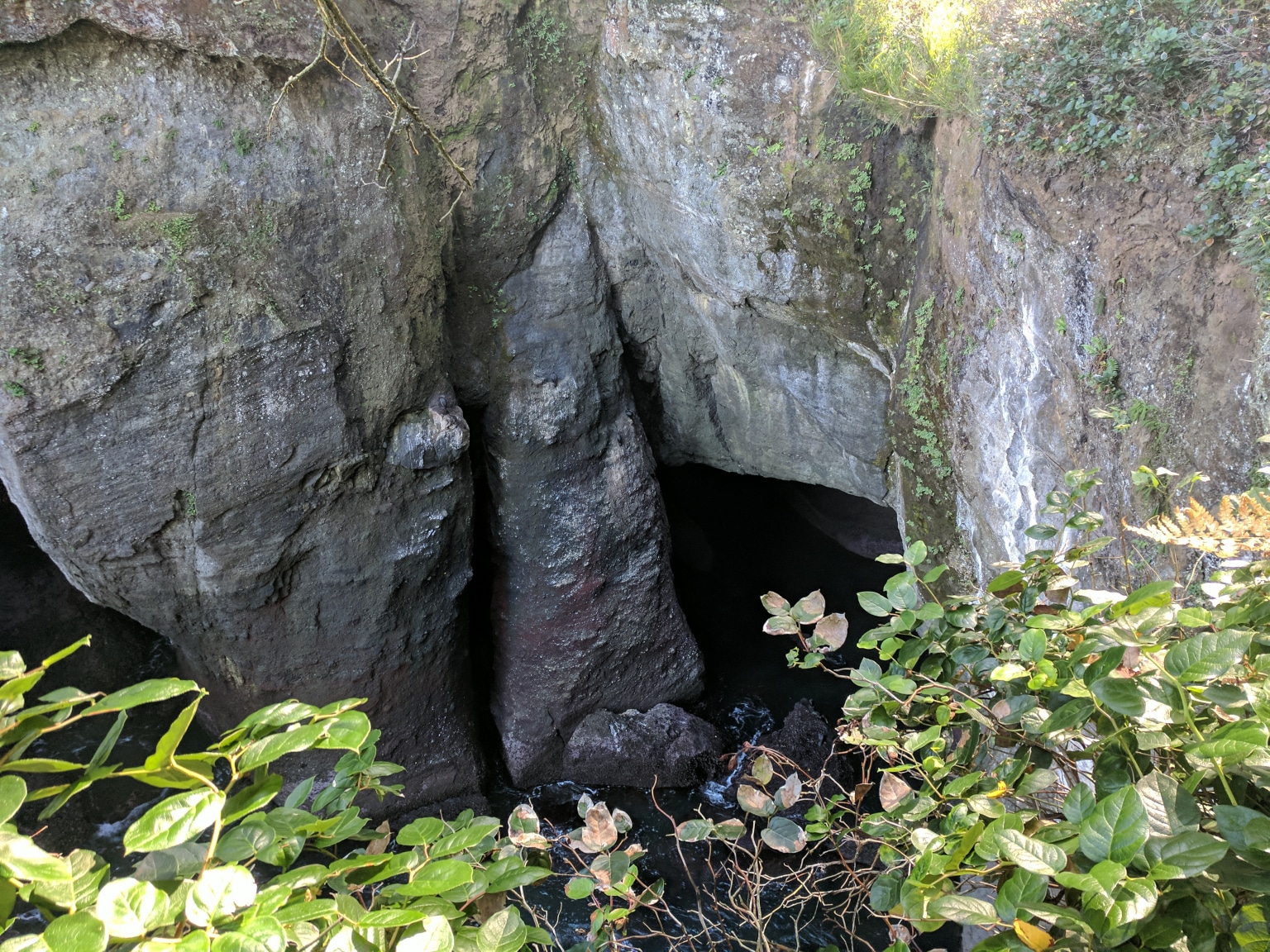 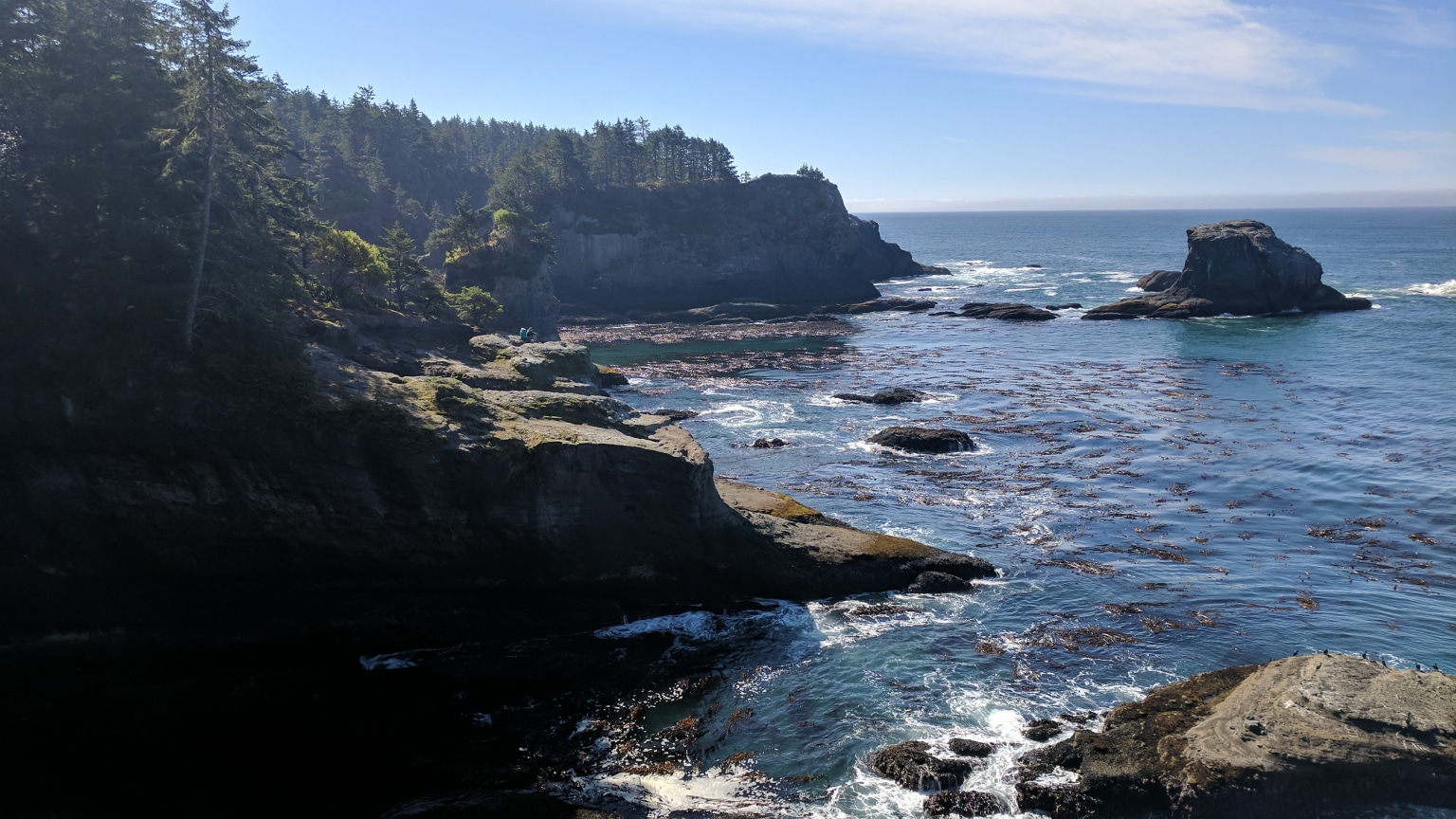 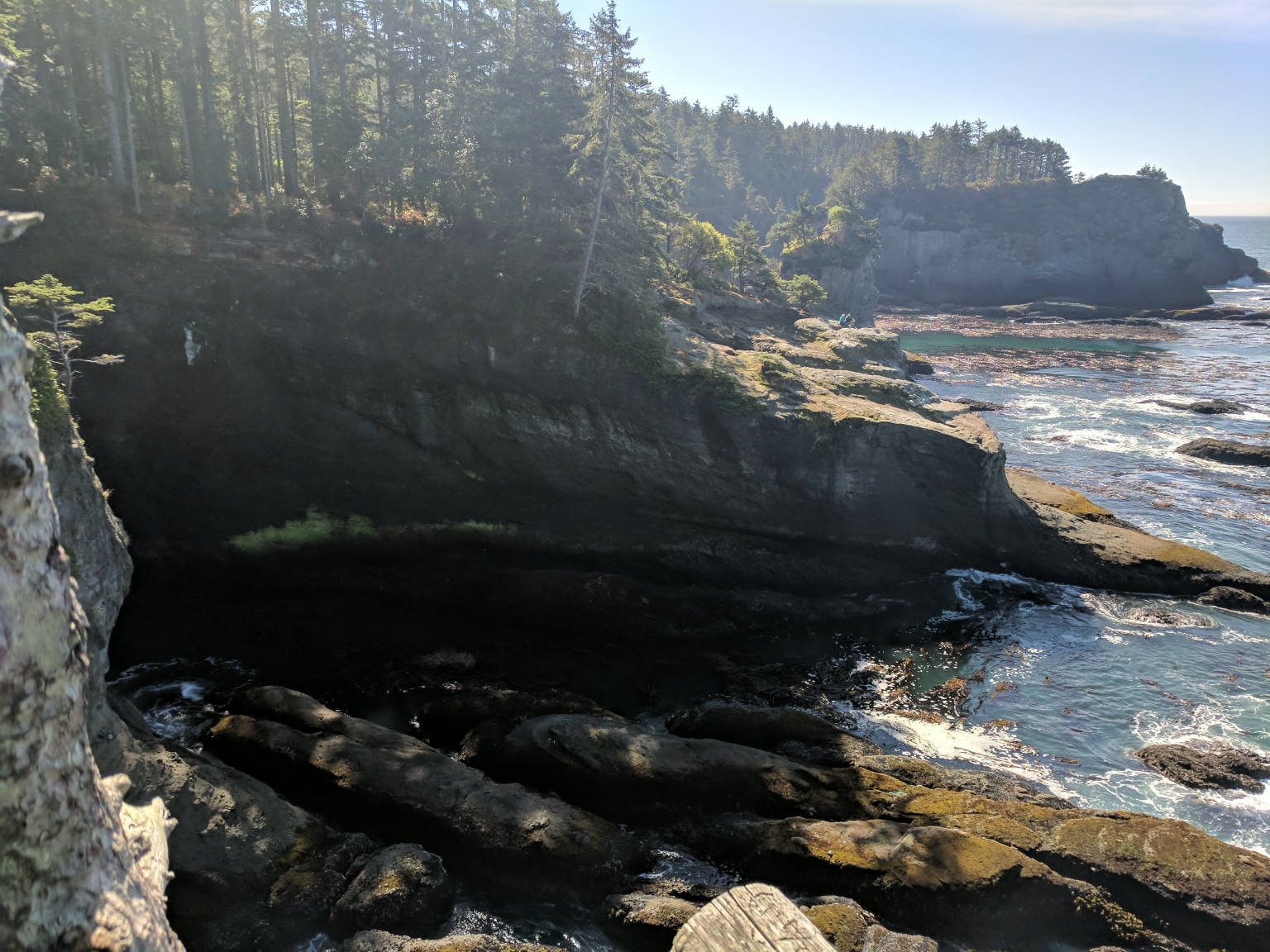 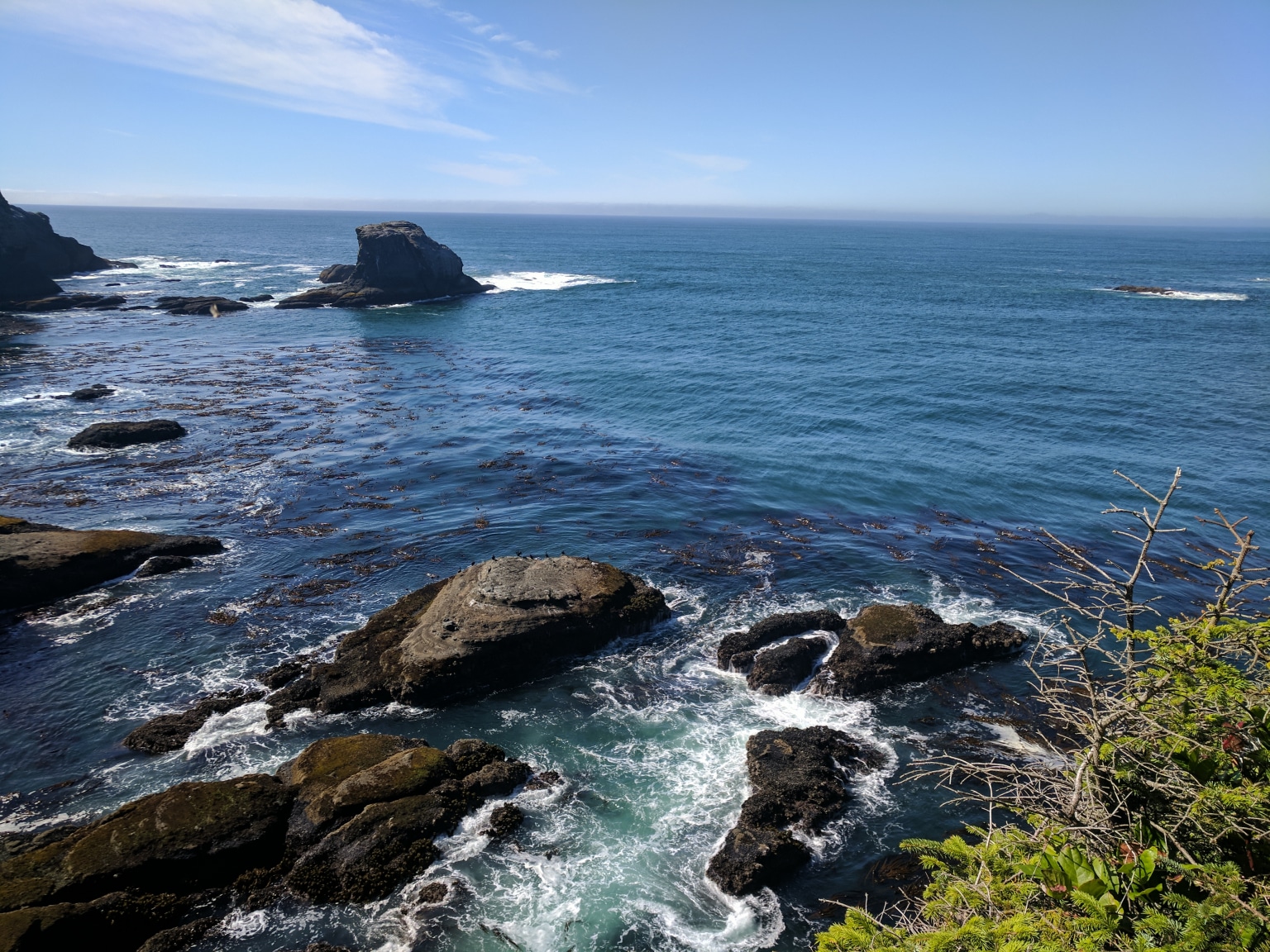 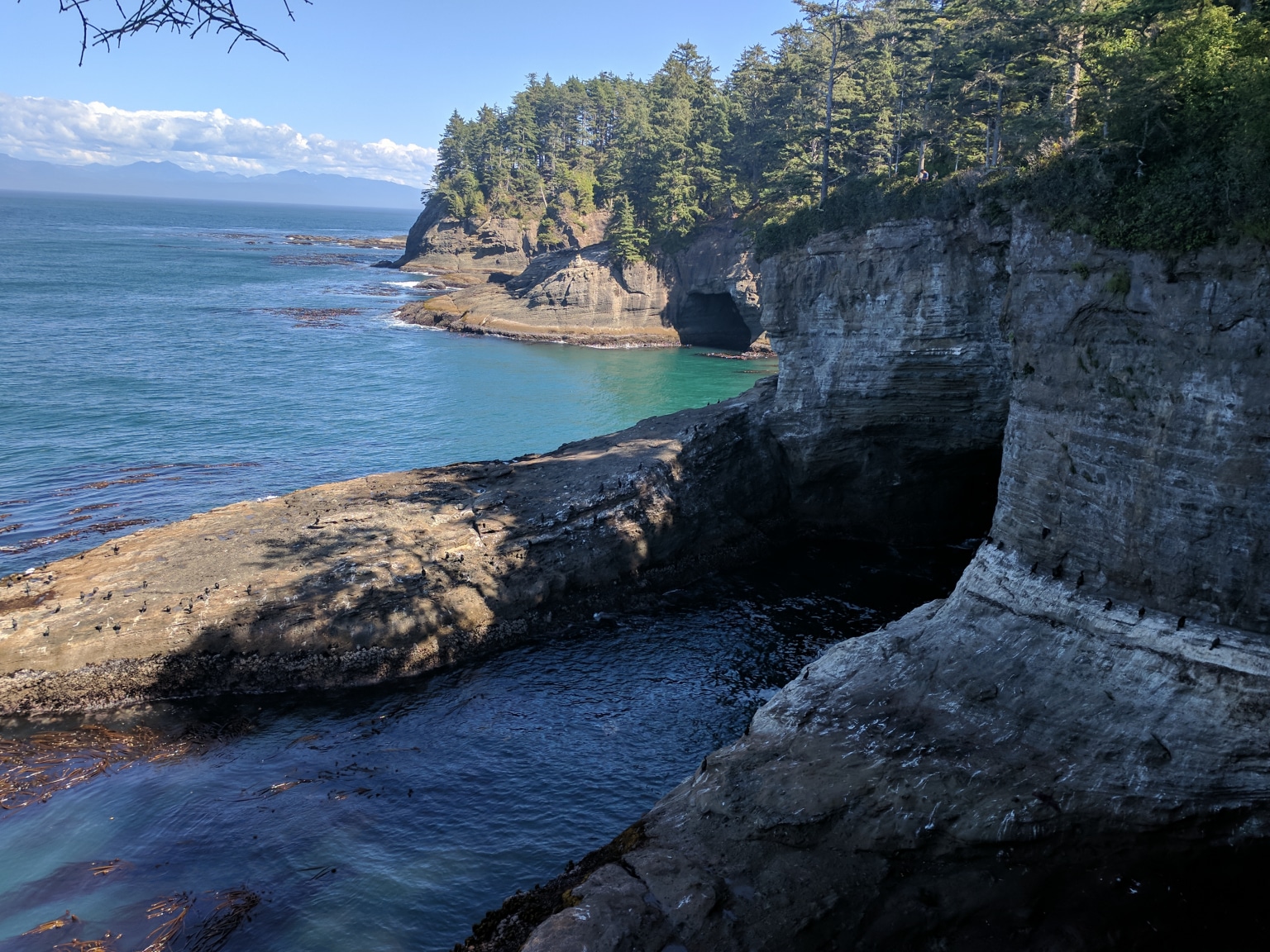 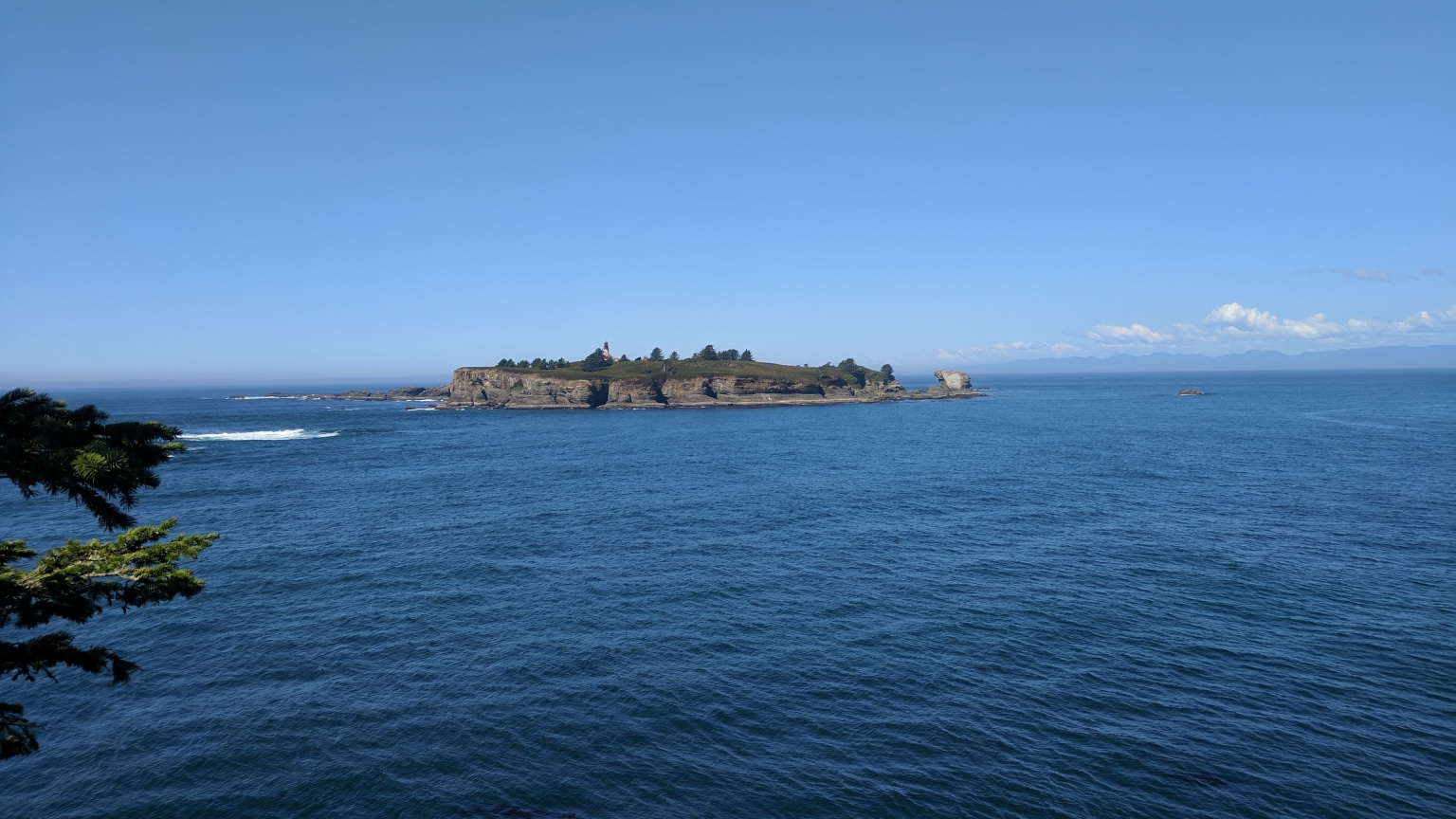 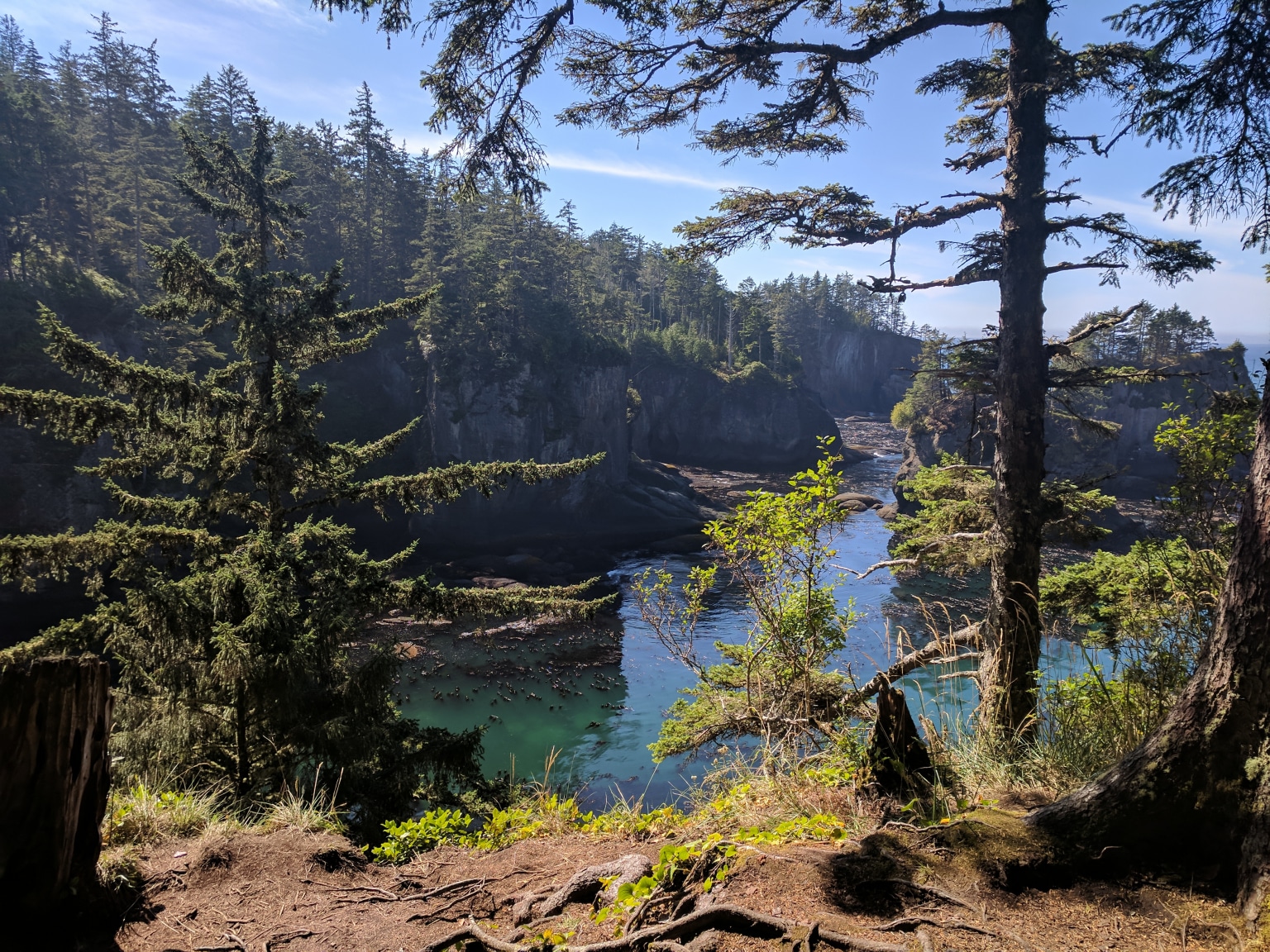 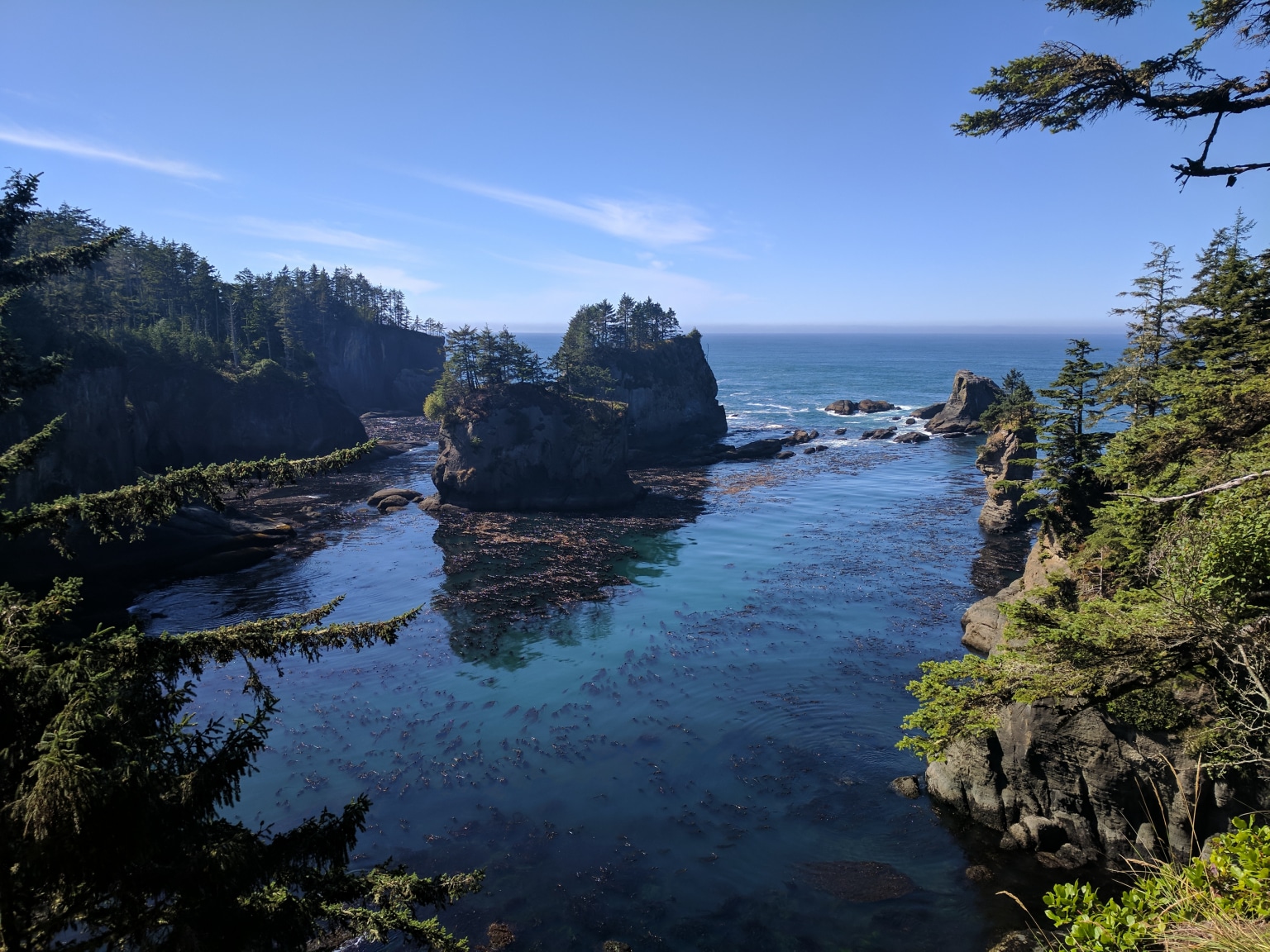 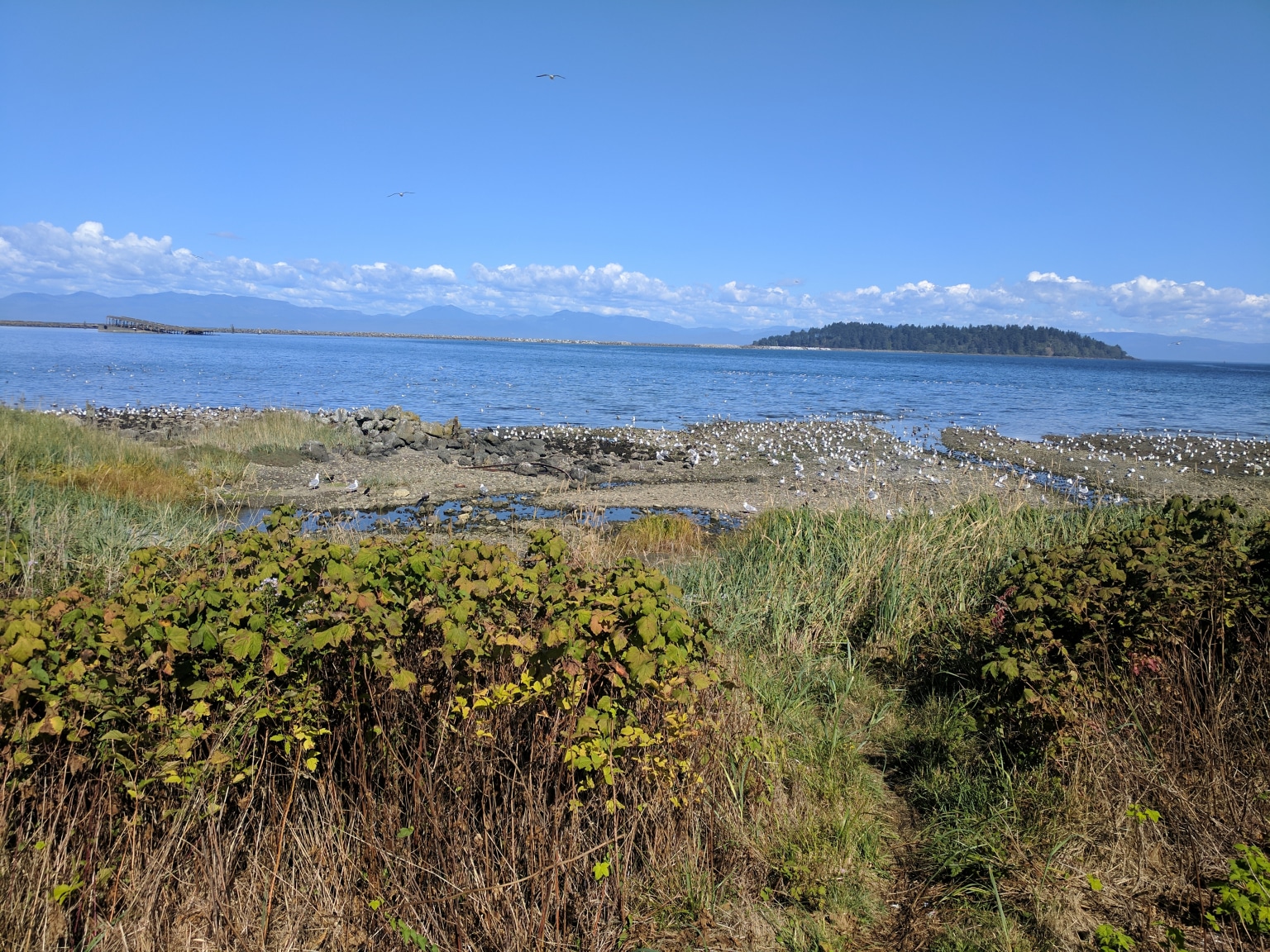 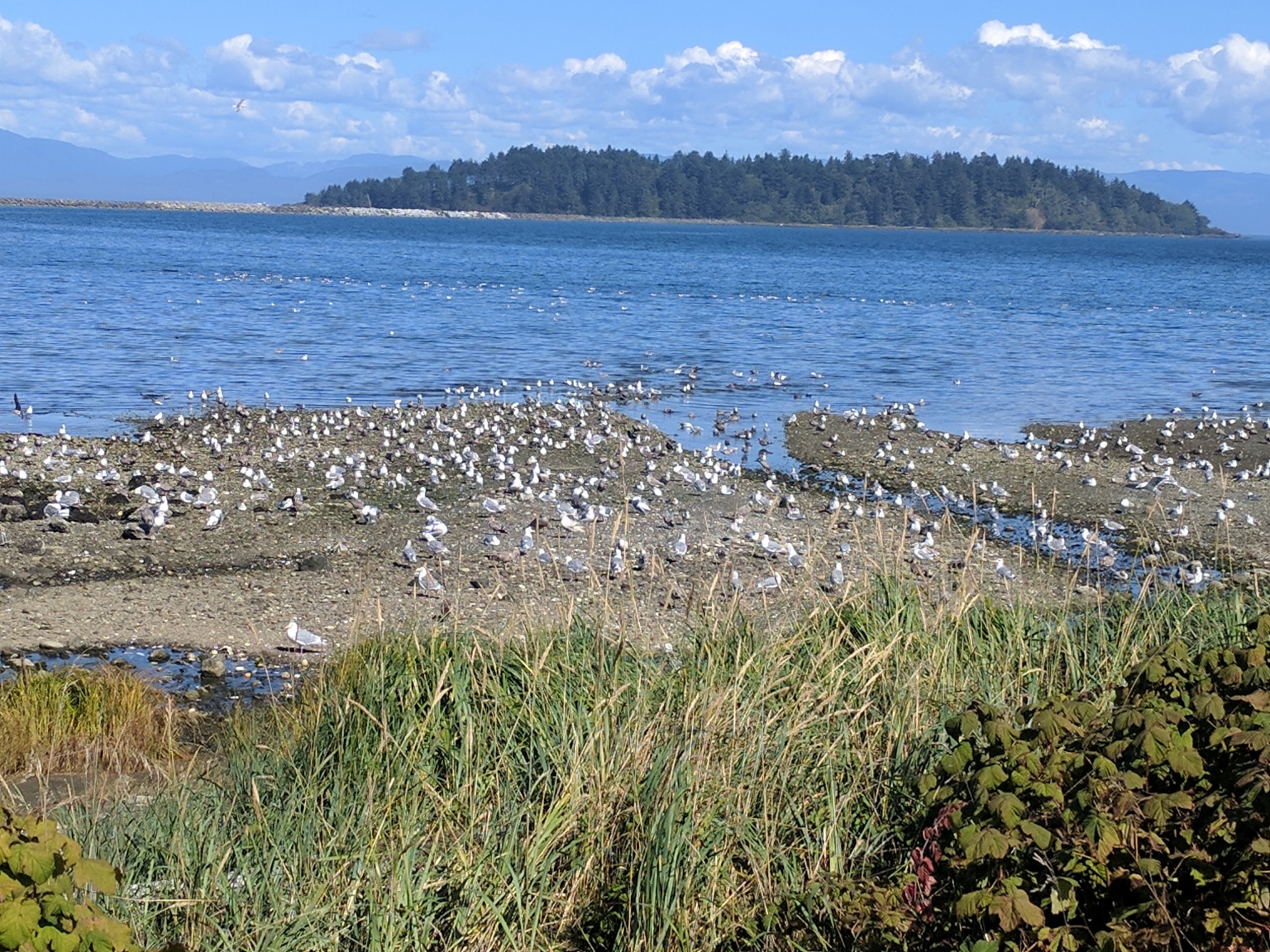 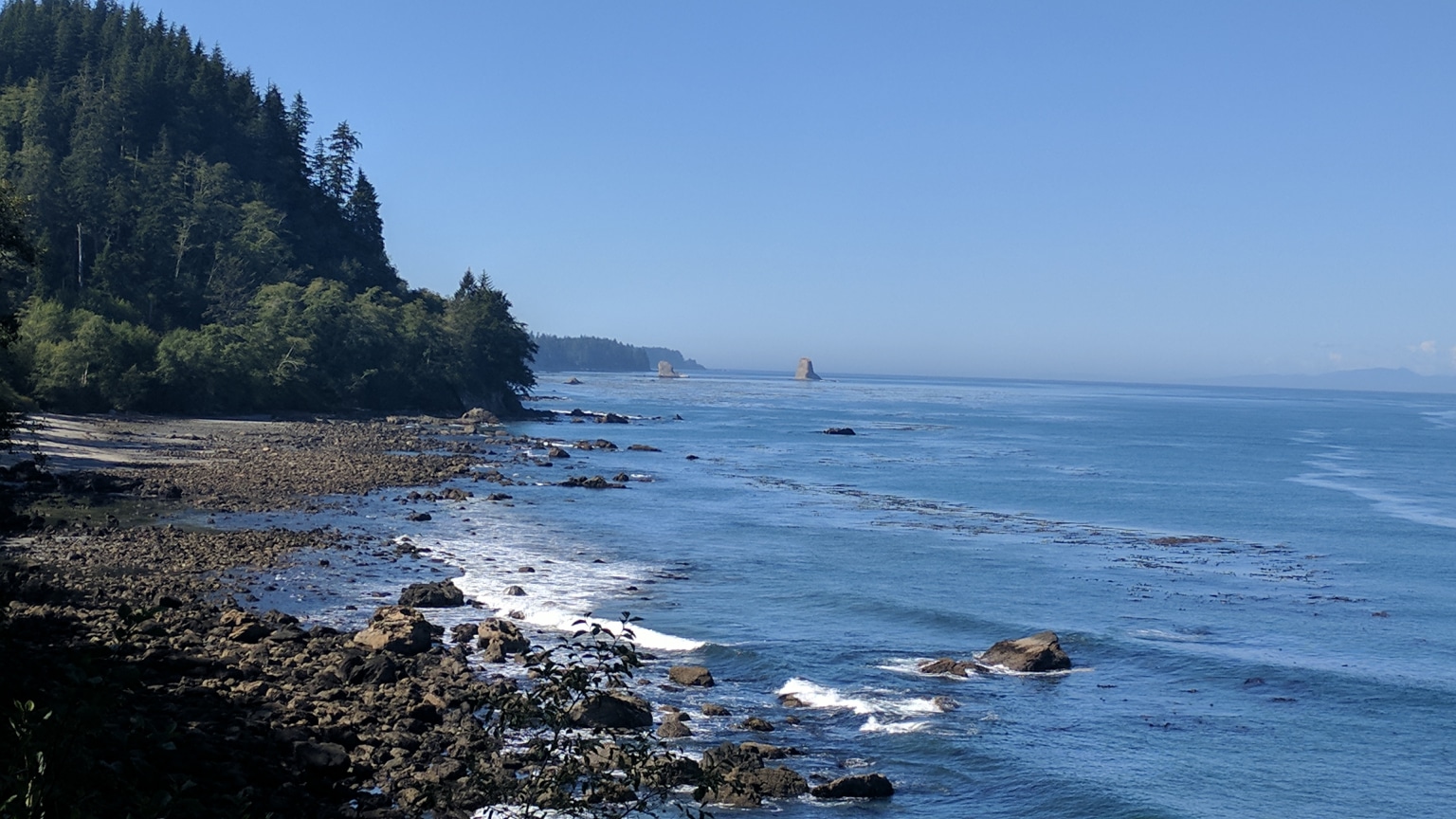 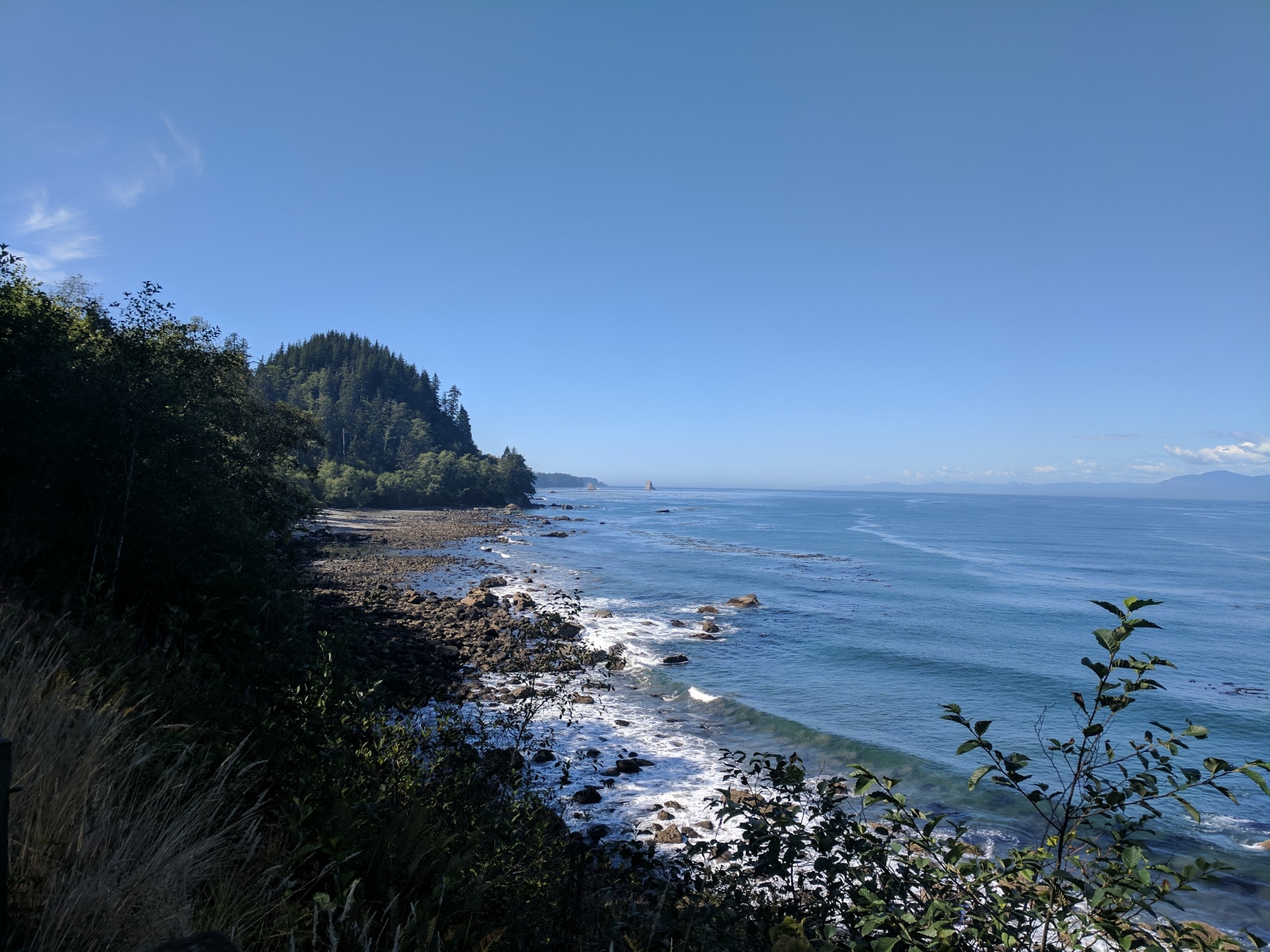 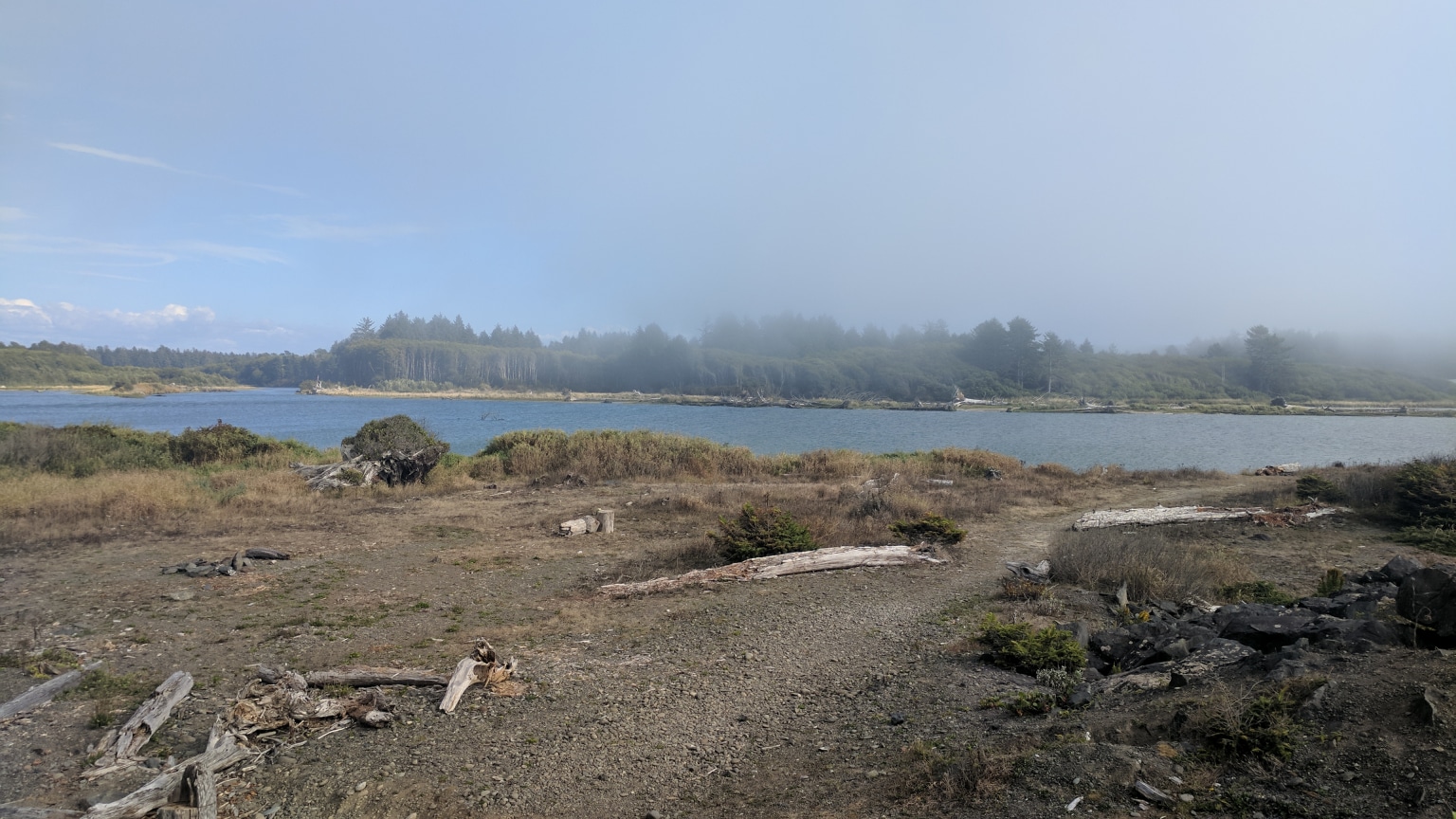 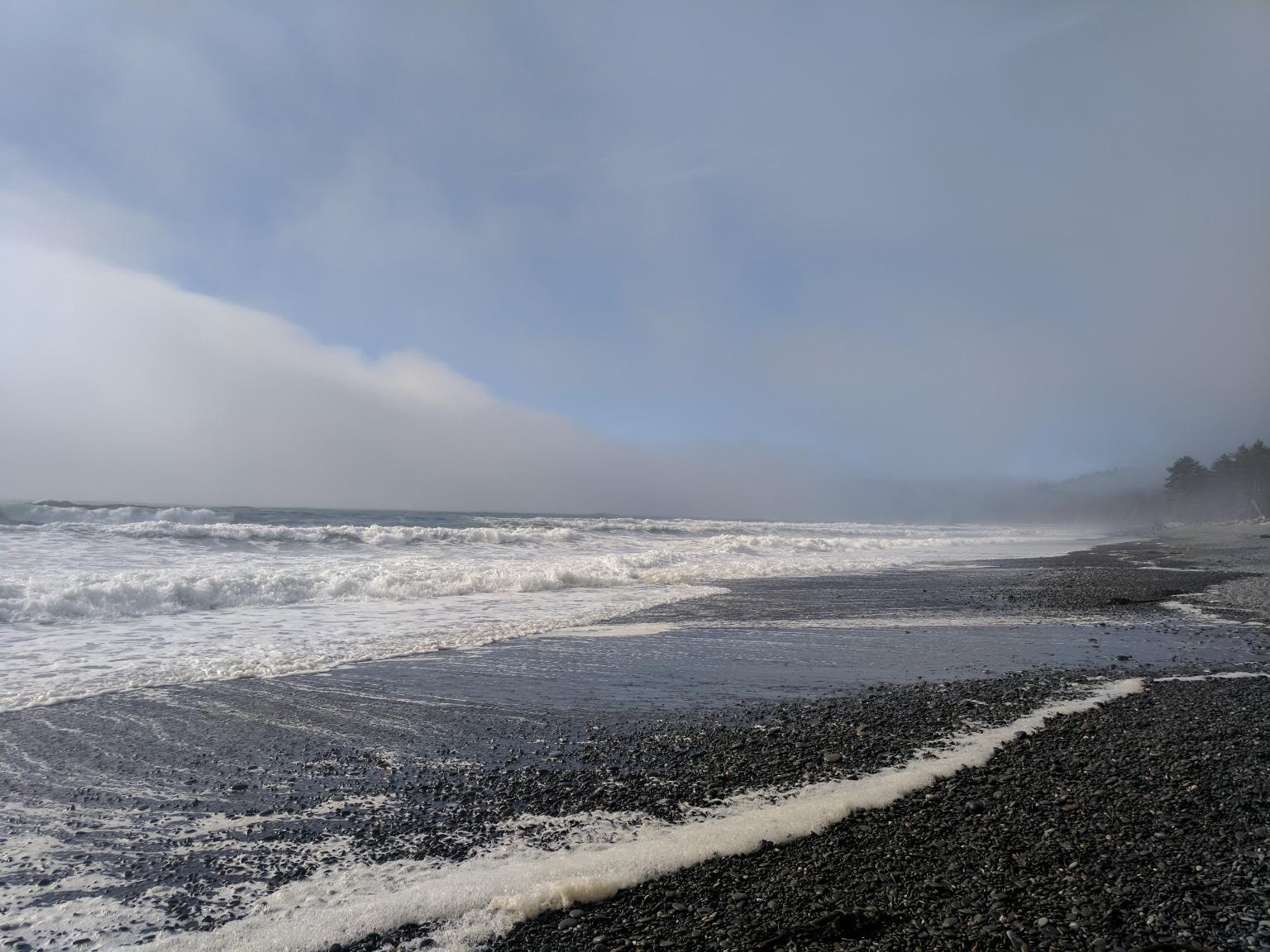 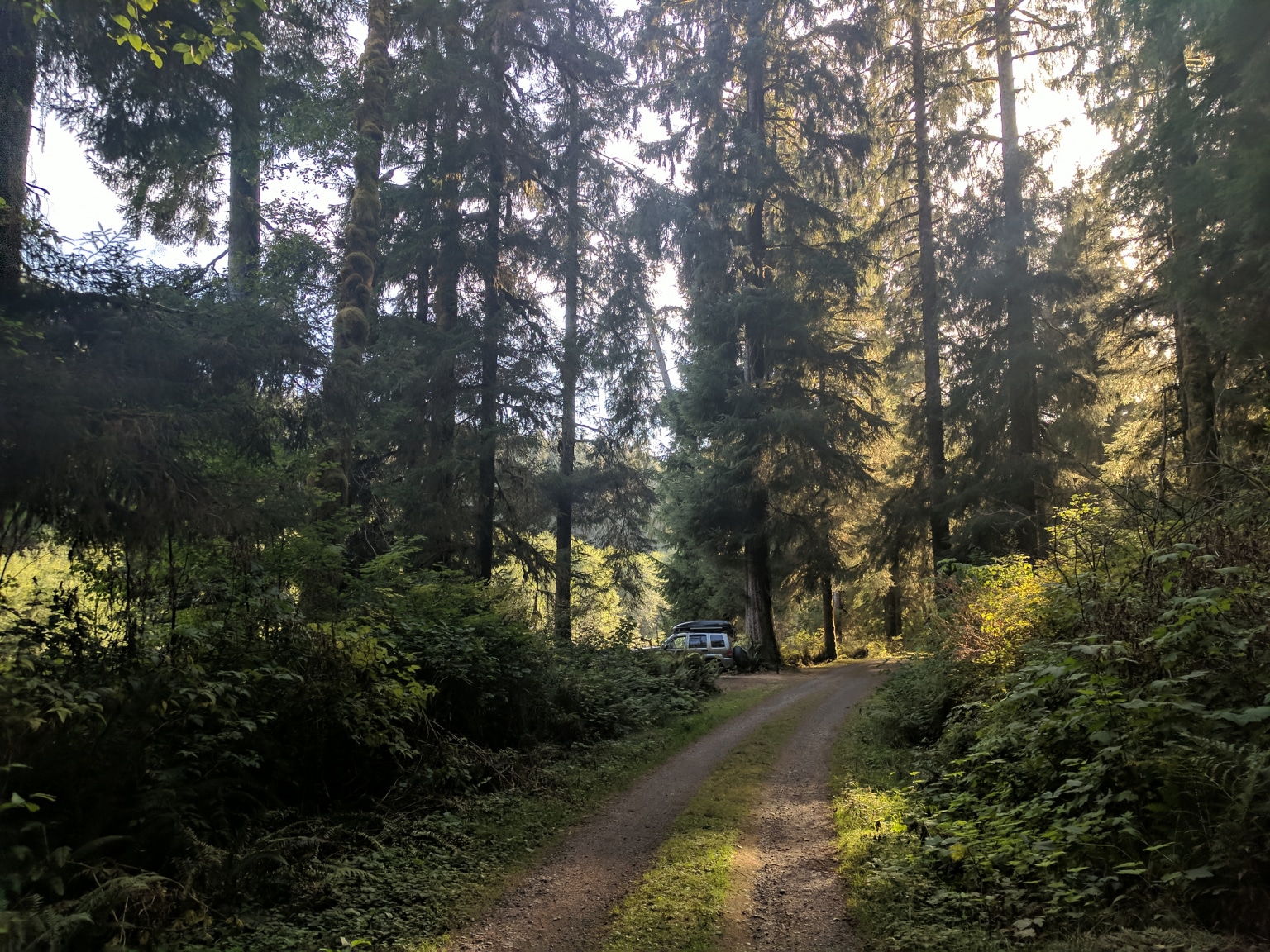