Travels in Liberty makes it to Oregon for the first time

Travels in Liberty makes it to Oregon for the first time

Despite being up late binge watching The Walking Dead, we were up and around pretty early at the lovely Hotel Packwood. We helped ourselves to coffee from the hotel lobby before getting our day started.

When we checked out, the owner of the hotel offered to take our picture. Her very friendly dog insisted on getting in the photo with us. You can check out the photo in the gallery. She also suggested we visit Cruisers Pizza for breakfast. The name did not scream breakfast but we took her at her word and we were glad we did. Breakfast was delicious and the portions were very generous. I had an egg and cheese sandwich with hashbrowns and Francis had an enormous omelet. The service was also fantastic. The cook came out to check on us and even gave us some suggestions for meals we can make while camping. If we had been in town longer, we definitely would have come back to try the pizza.

Back in the Jeep after breakfast, we set our course for Oregon. Neither of us had been to Oregon before and we had heard great things about it so we were eager to get there. We took a nice scenic drive and headed south. After crossing the border between Washington and Oregon, we headed toward the coast.

Our first stop was Astoria, Oregon which is a very cute city right on the Pacific Ocean. There were so many seals in the harbor we could hear them barking from a distance away. We were impressed to see that Astoria has taken steps to take care of their feral cats and have even built little houses for them. Too cute!

Of course, we have to check out the local coffee shops whenever we visit a new place so we stopped in at 3 Cups Coffeehouse for Americanos and wifi. They closed not too long after we arrived, but they were sweet about letting us stay for a bit while they cleaned up.

It was time to think about a place to spend the night so we did a quick search on freecampsites.net. We found a rest area right back across the border into Washington that allows overnight parking so we headed there to spend the night. The view was pretty, it was free, and it had restrooms with running water. Not a bad deal for one night before we continued exploring the Oregon coast. 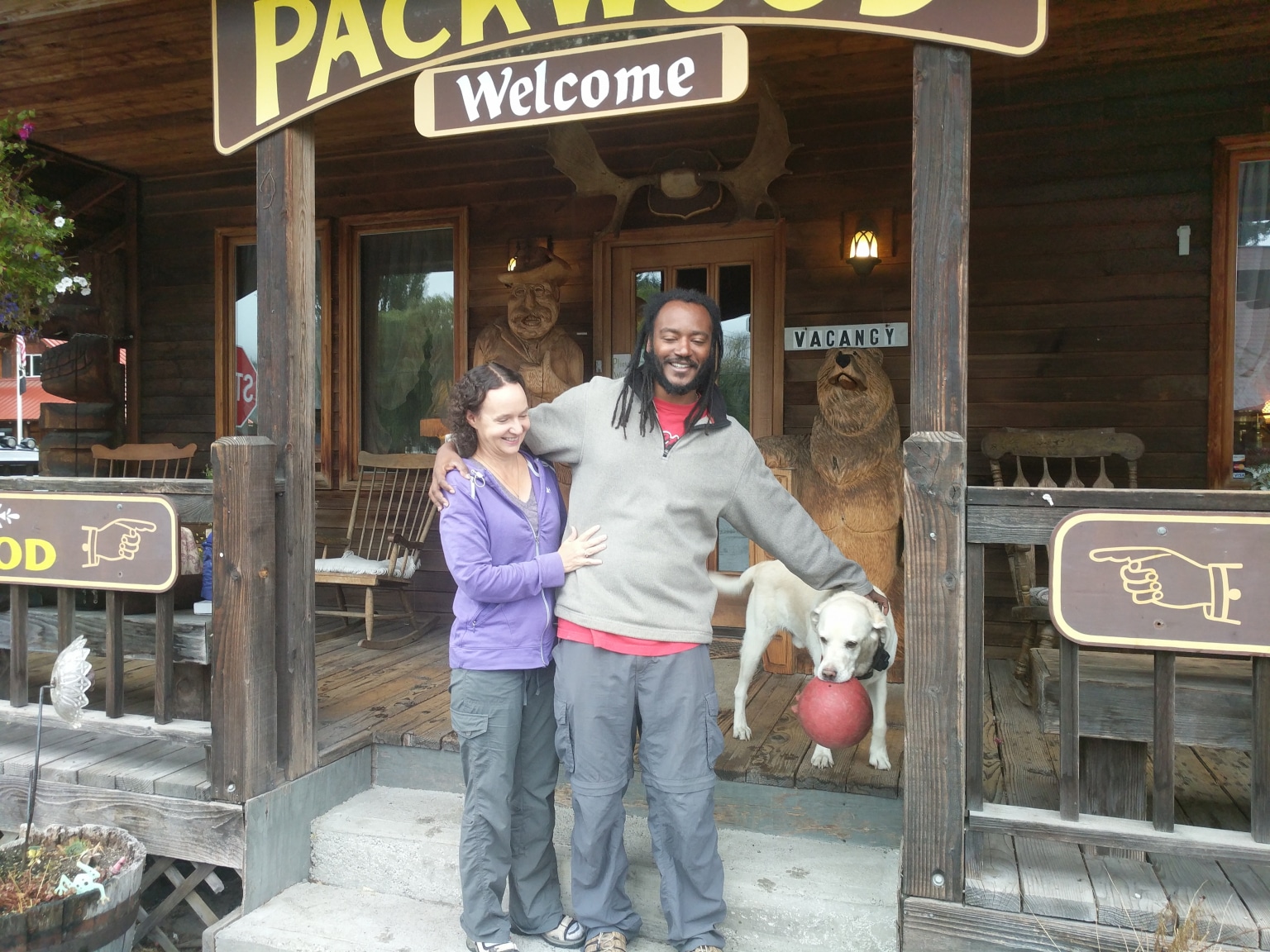 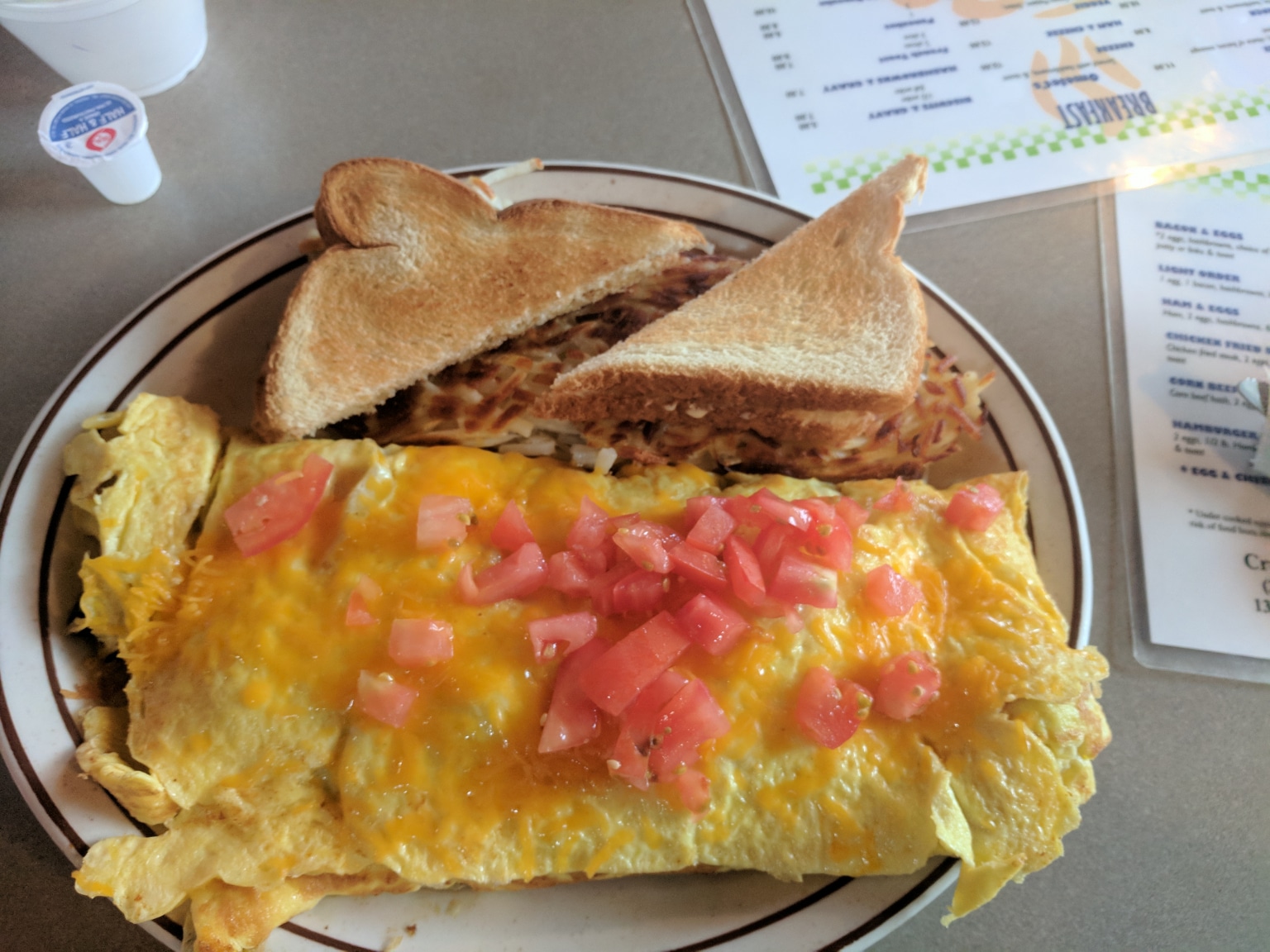 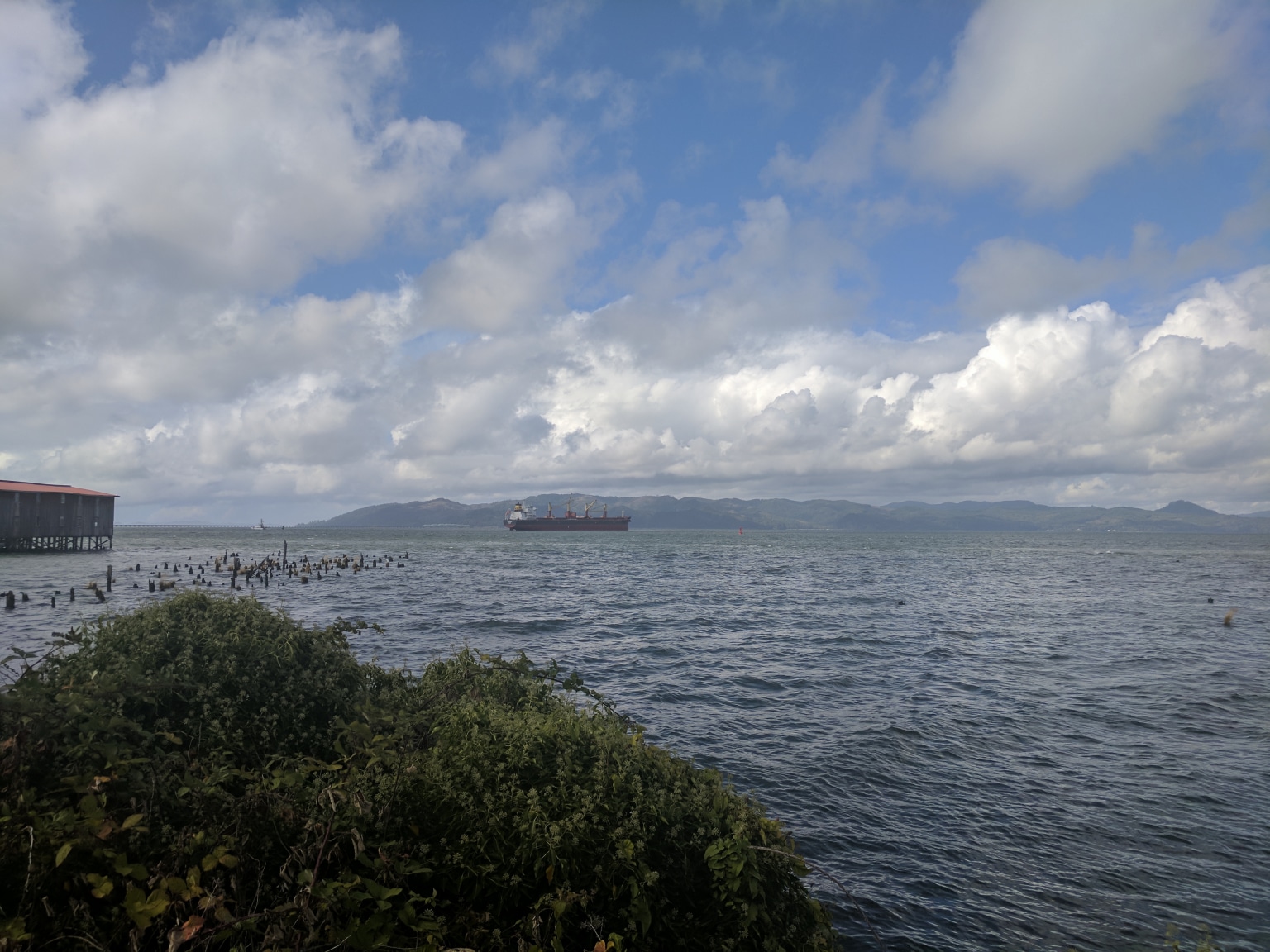 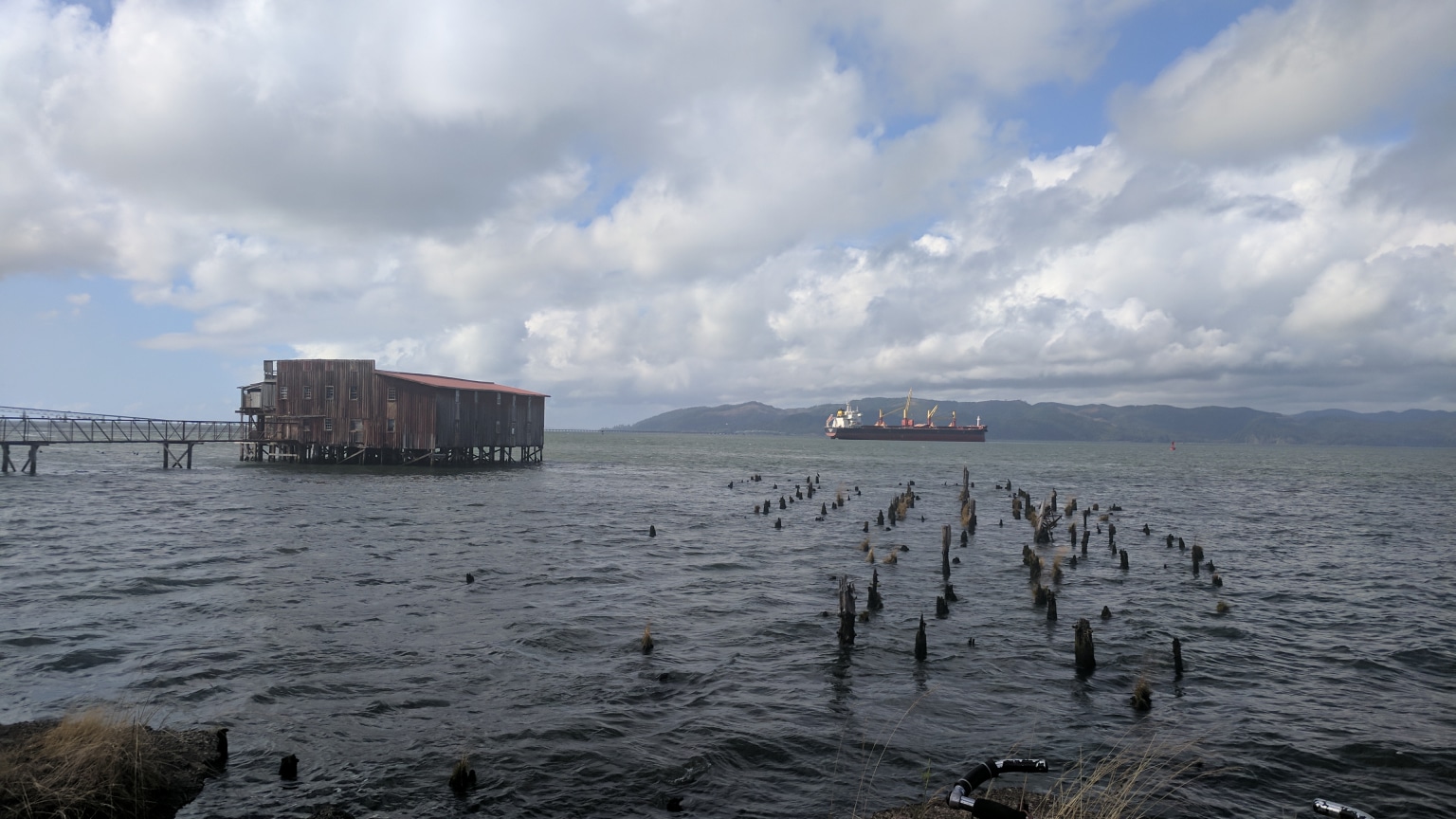 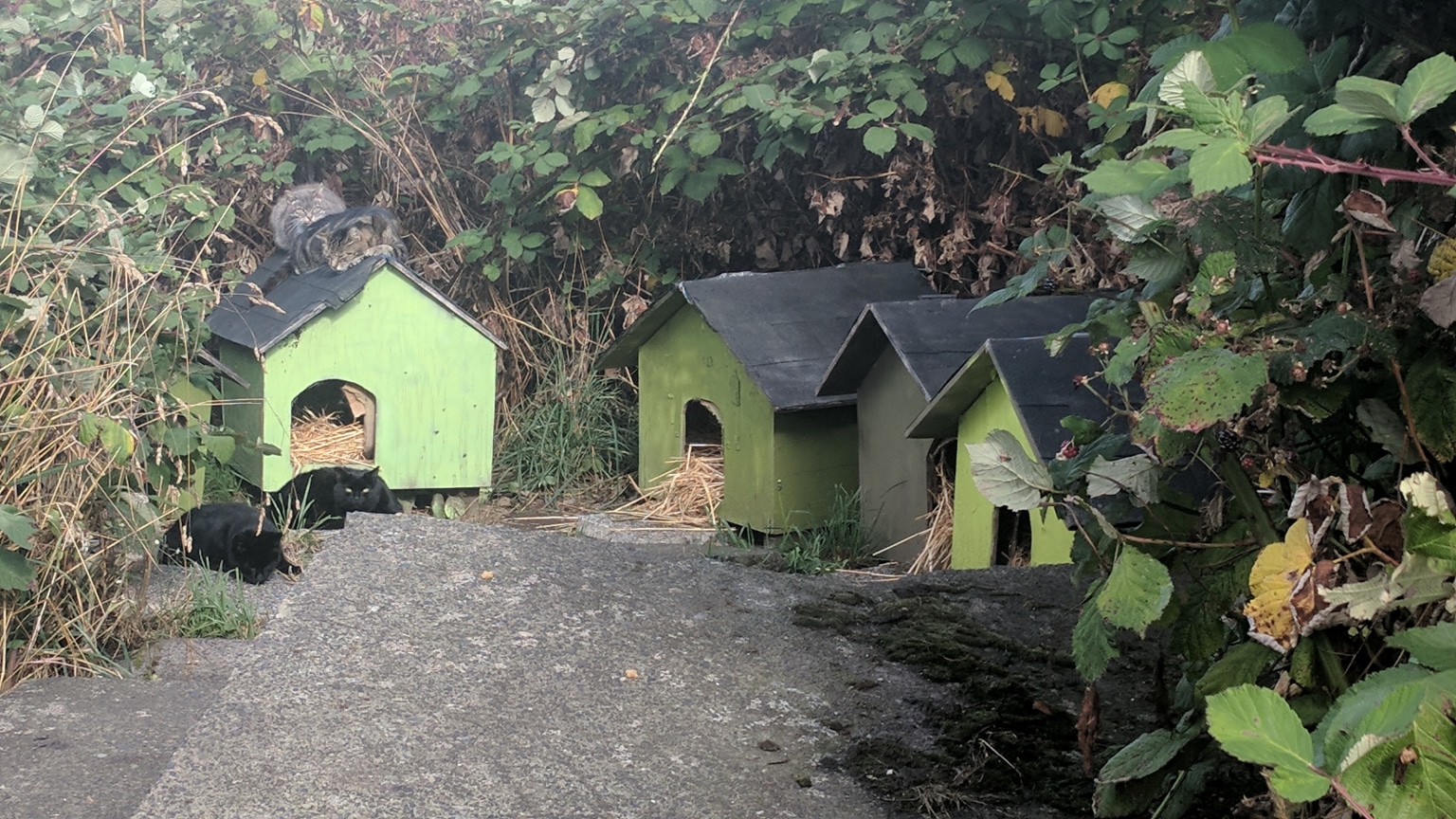 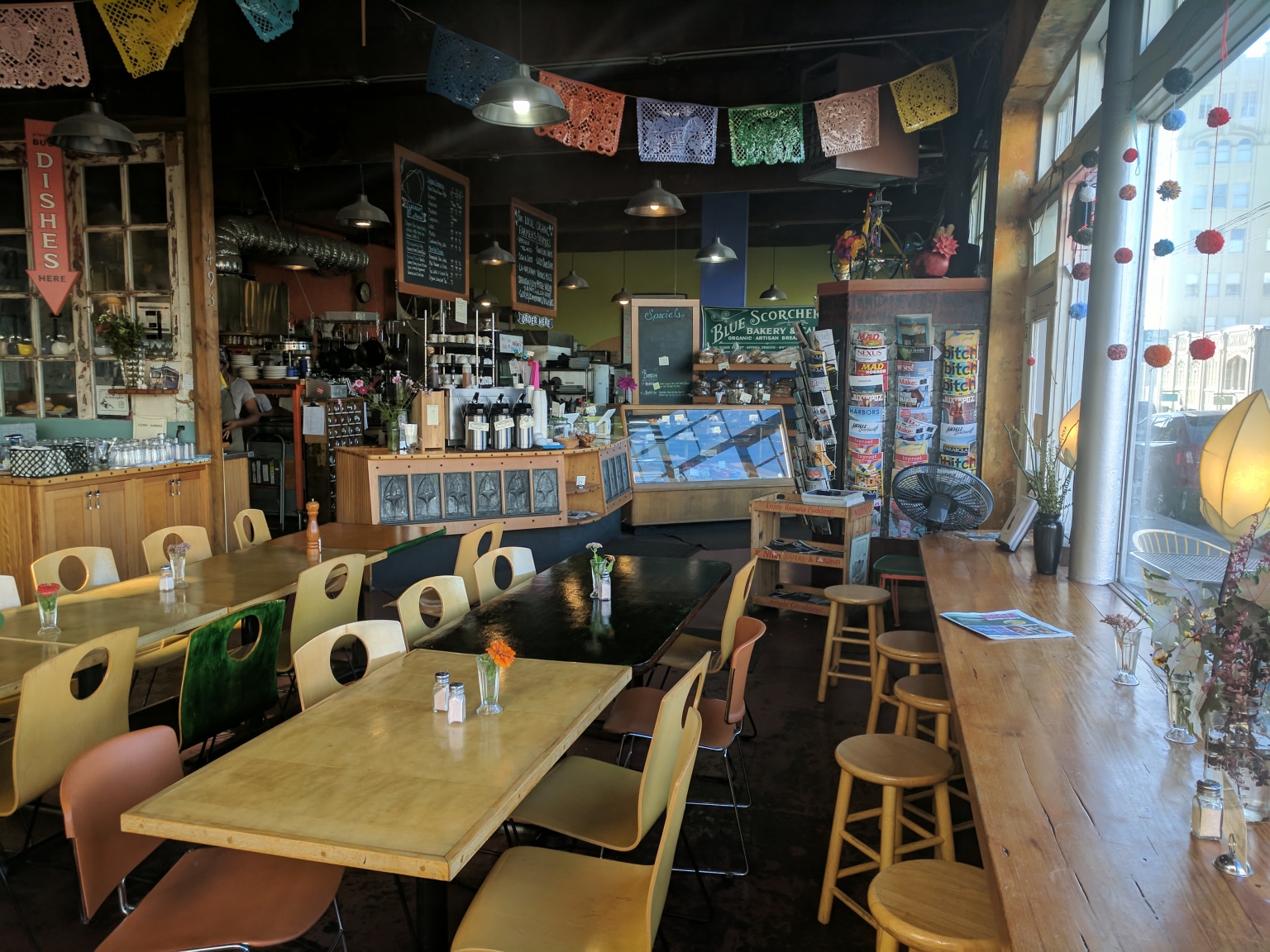 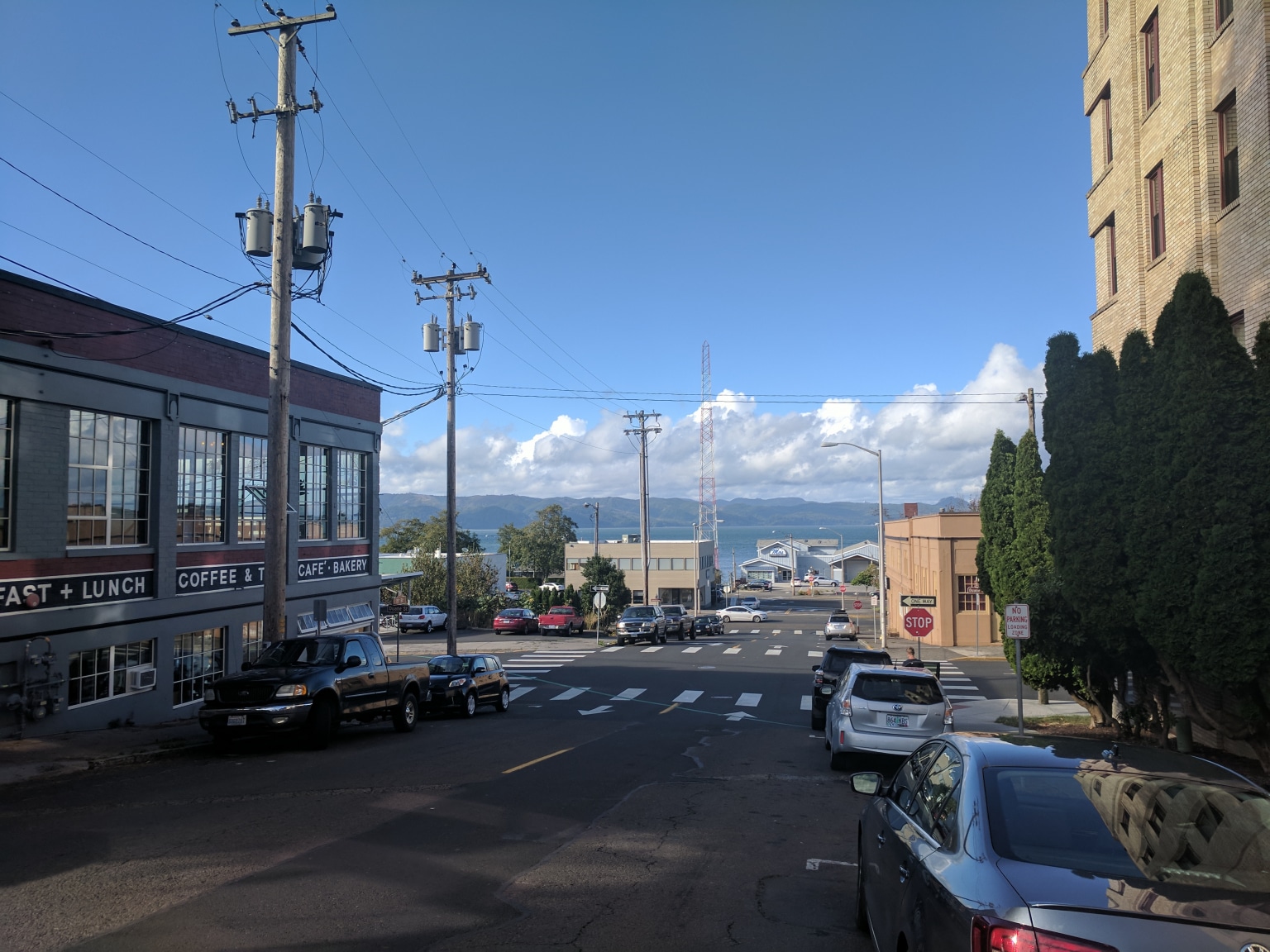 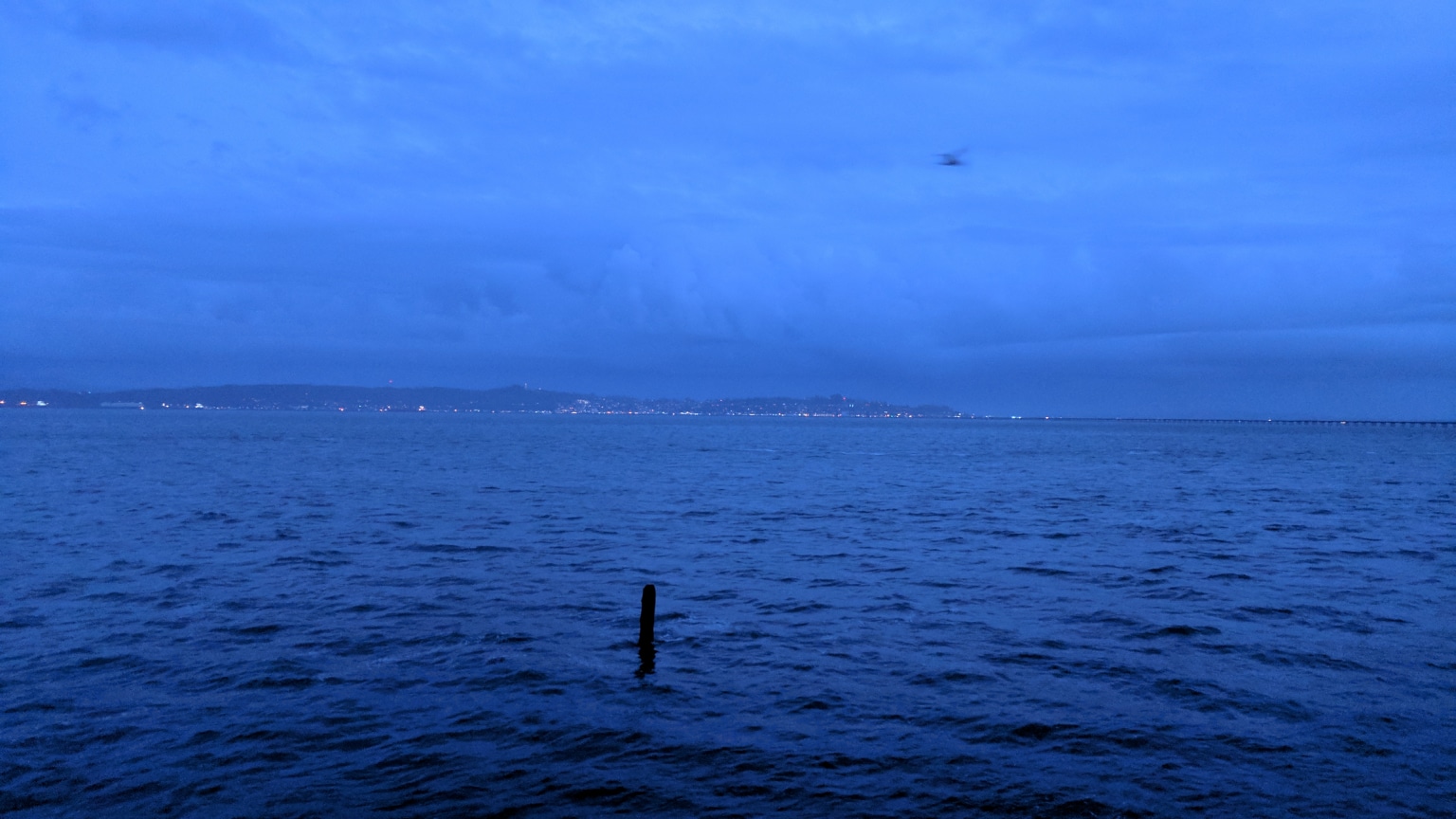 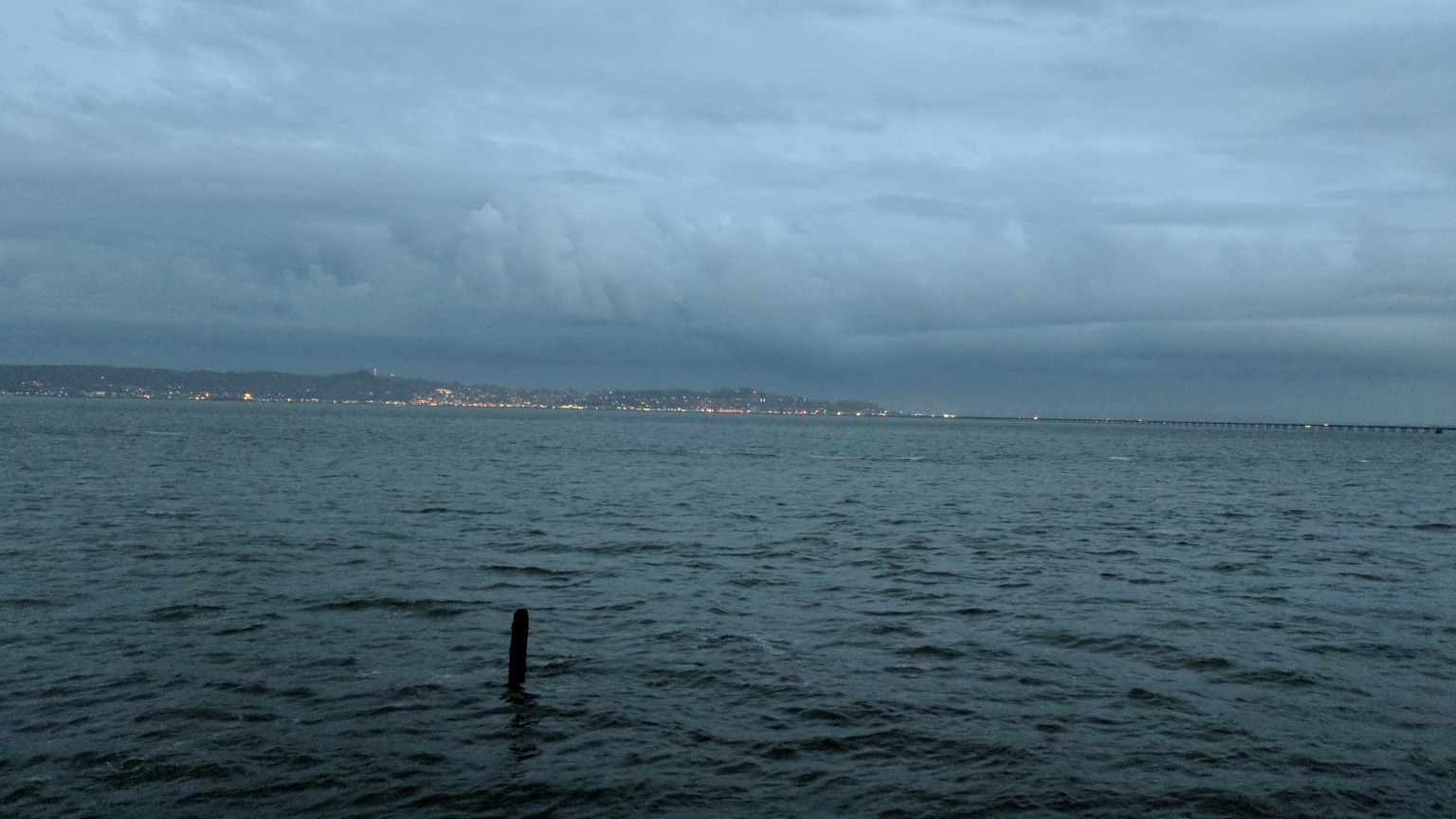