Travels in Liberty Heads to Washington

Travels in Liberty Heads to Washington

We left Sandpoint, Idaho in the early afternoon and headed to Washington. Washington and Oregon were the last two new states we planned to visit on this trip and we wanted to enjoy them before the weather got too cold for us. Our first planned stop in Washington was North Cascades National Park but we did not have a set route picked out. We just figured we would enjoy the drive and find places to stop along the way. It turned out to be a great choice.

Our first overnight stop took us by Sullivan Lake in Colville National Forest where they were experiencing massive fires. A lot of campgrounds were closed as a result but the ranger gave us some places to try. She mentioned we might encounter some people prospecting for gold as a small amount had been found in the area. While we were searching for a spot, we did run into a prospector who was knee deep in the creek panning for gold. We were happy to find a great free spot next to the creek. It had the usual fire ring and nice tree cover for shade and privacy. The unusual thing was the wigwam style shelter someone had made. It reminded me of the kinds of shelters the contestants build on the television show Naked and Afraid. It was quite sturdy and looked very cozy inside. The other odd thing was what we found when we took a short hike near the campsite. Francis noticed something silver and took a look to see what it was. Turns out, it was a label on a bag from a crematorium! The bag had apparently once held someone’s ashes. It was a beautiful spot so I understood releasing the ashes there but why leave the plastic bag? We also came across a couple of portable toilets people had left behind. This was definitely one of our more interesting campsite experiences.

The next morning we continued our leisurely trek through Washington. We stopped in at the tiny town of Republic looking for coffee and wifi as usual. Our first stop was at Java Joy’s Coffee. As it turns out, they did not have wifi but they did have a huge variety of flavors of Italian sodas. We tried the blood orange which was really good. They also rented DVDs which you don’t see too much anymore. It reminded me of how much my daughters and I used to enjoy renting movies for the weekend at places like Visart Video and Blockbuster. We ended up at the public library to use the wifi for an hour or so before we moved on.

Before too long, it was time to find a place to stop for the night. We stopped in at the ranger station in Winthrop to look for a spot in the Okanogan-Wenatchee National Forest. The very helpful ranger suggested we look for a spot along the Chewuch River. The area was just opening back up after being closed due to the wildfires they had been experiencing. We found a great spot with plenty of room for the jeep and a pretty view of the river. Washington was experiencing higher than normal temperatures (the low to mid-90s) so being near the water helped to cool things off. We decided it was the perfect place to call home for a couple of nights. Lots of families came by during the day to picnic and swim in the river but there were only a few other campers. We enjoyed chatting with the day users and then having the place mostly to ourselves at night. 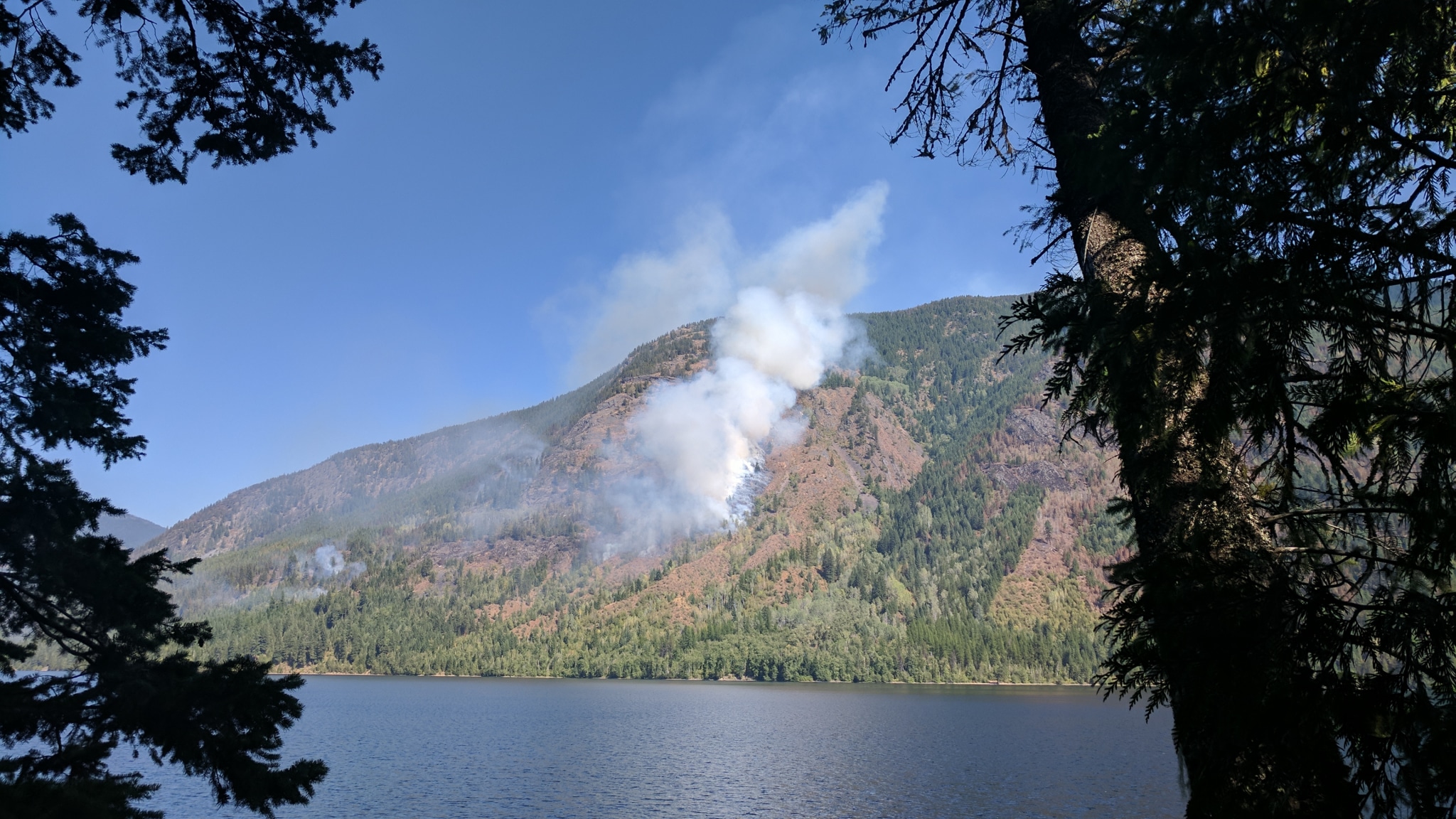 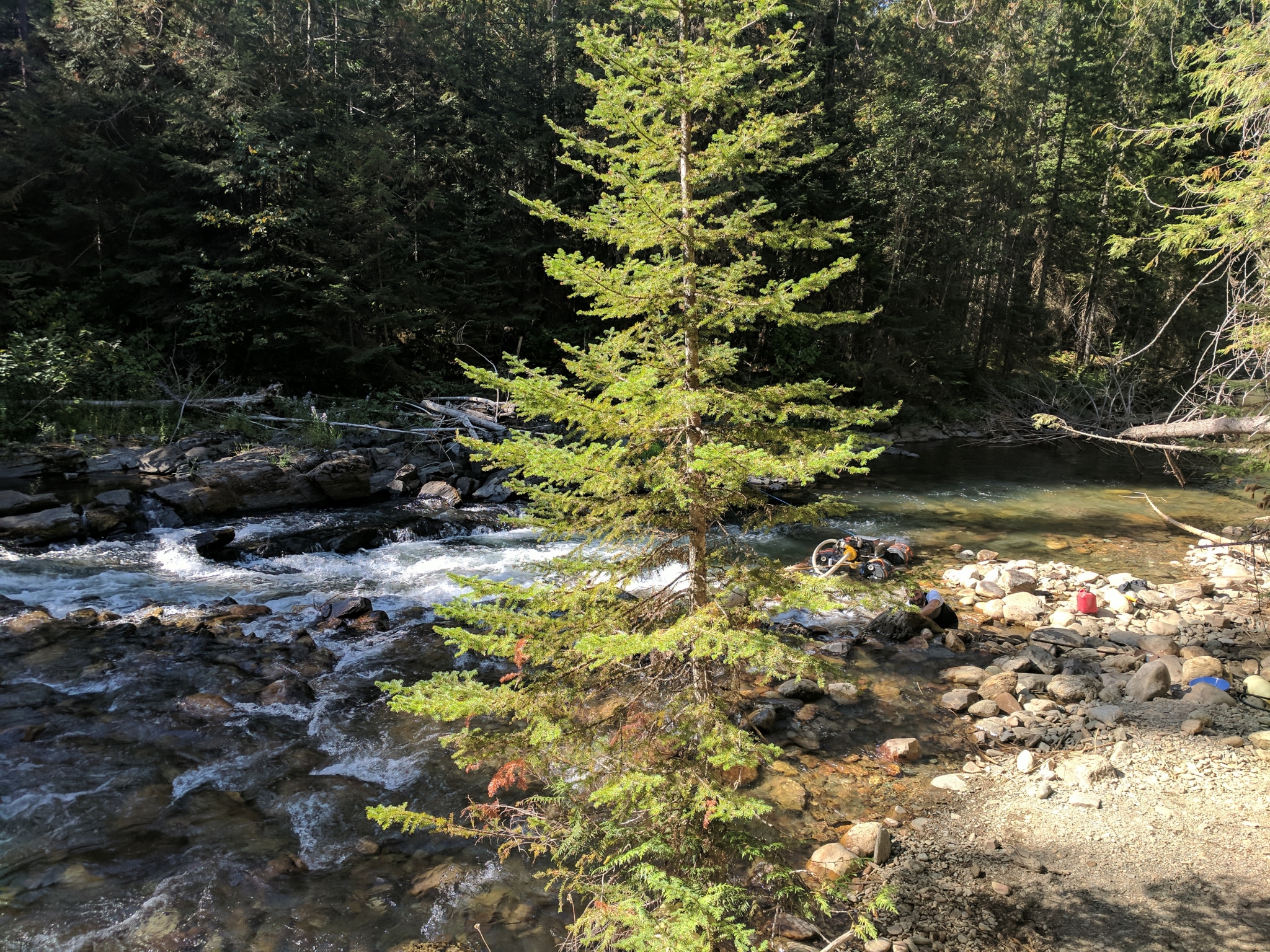 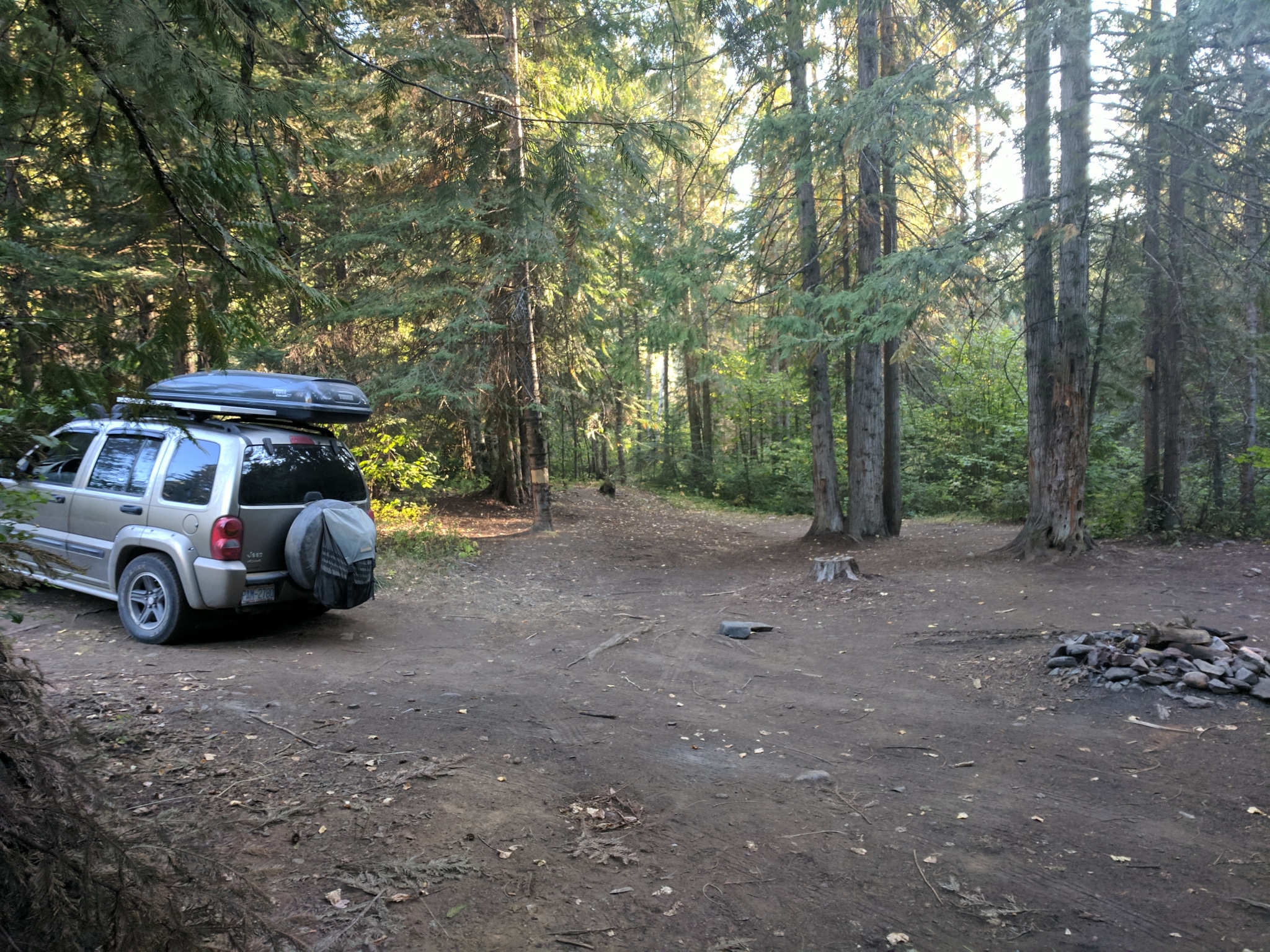 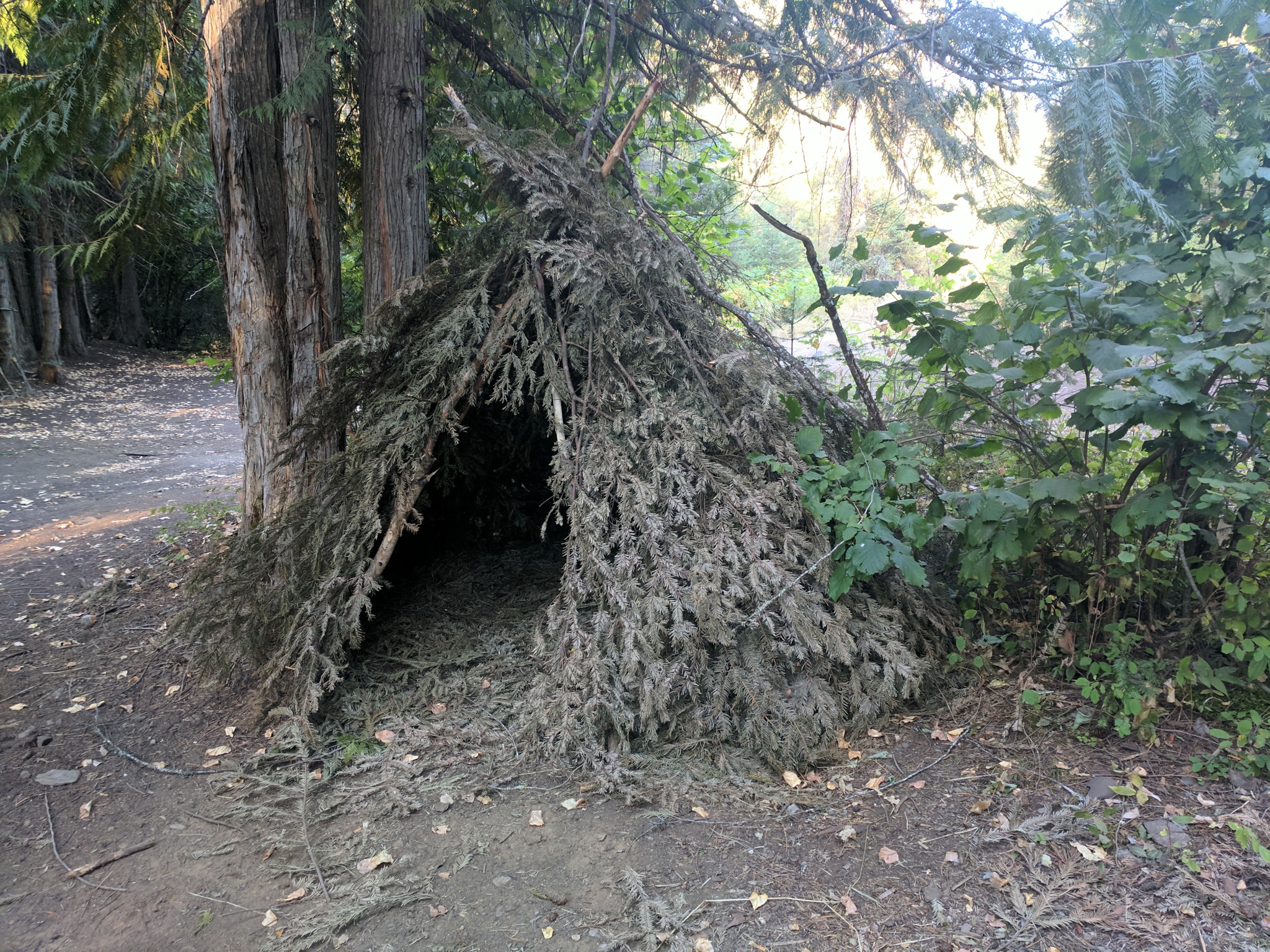 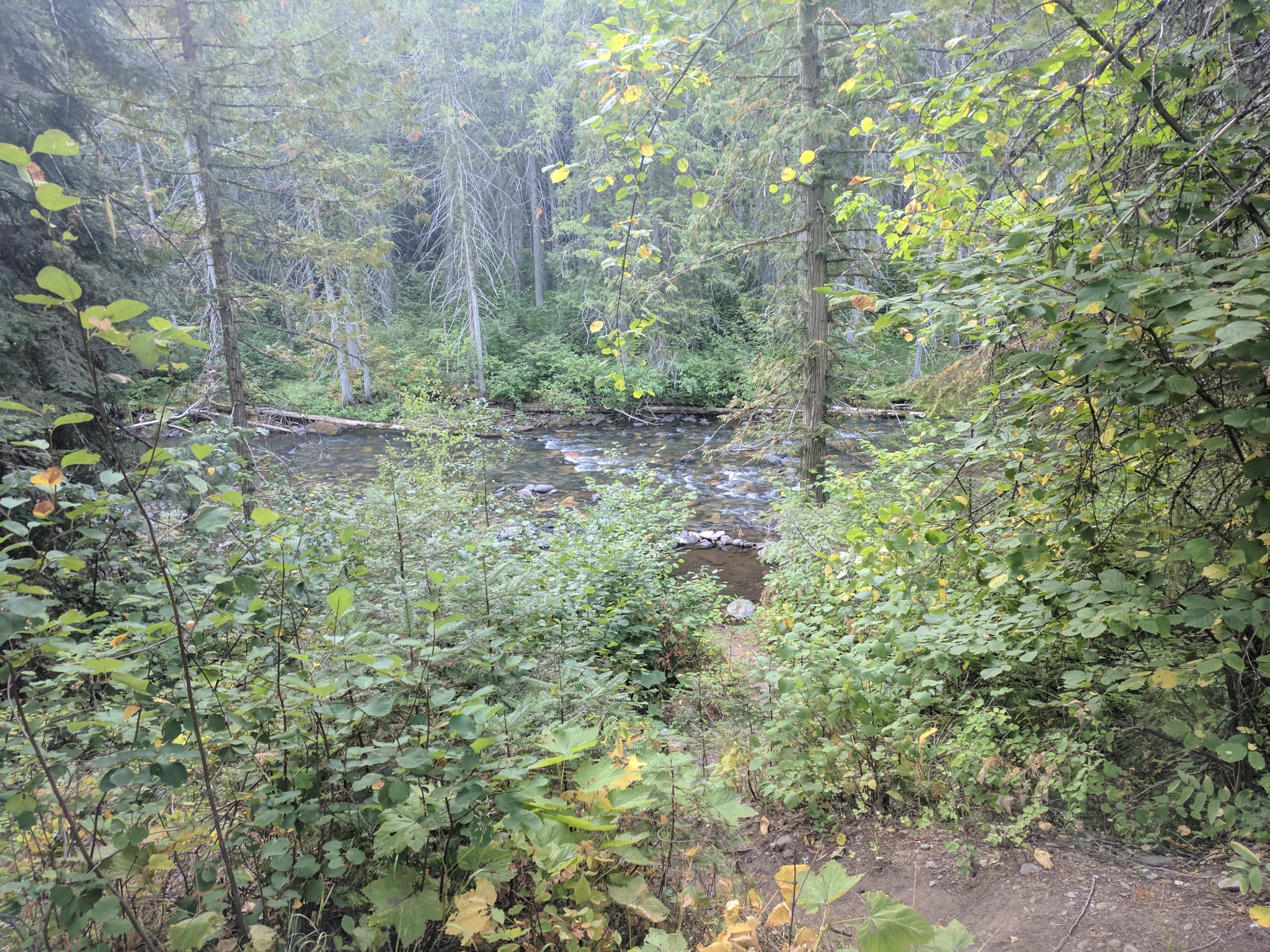 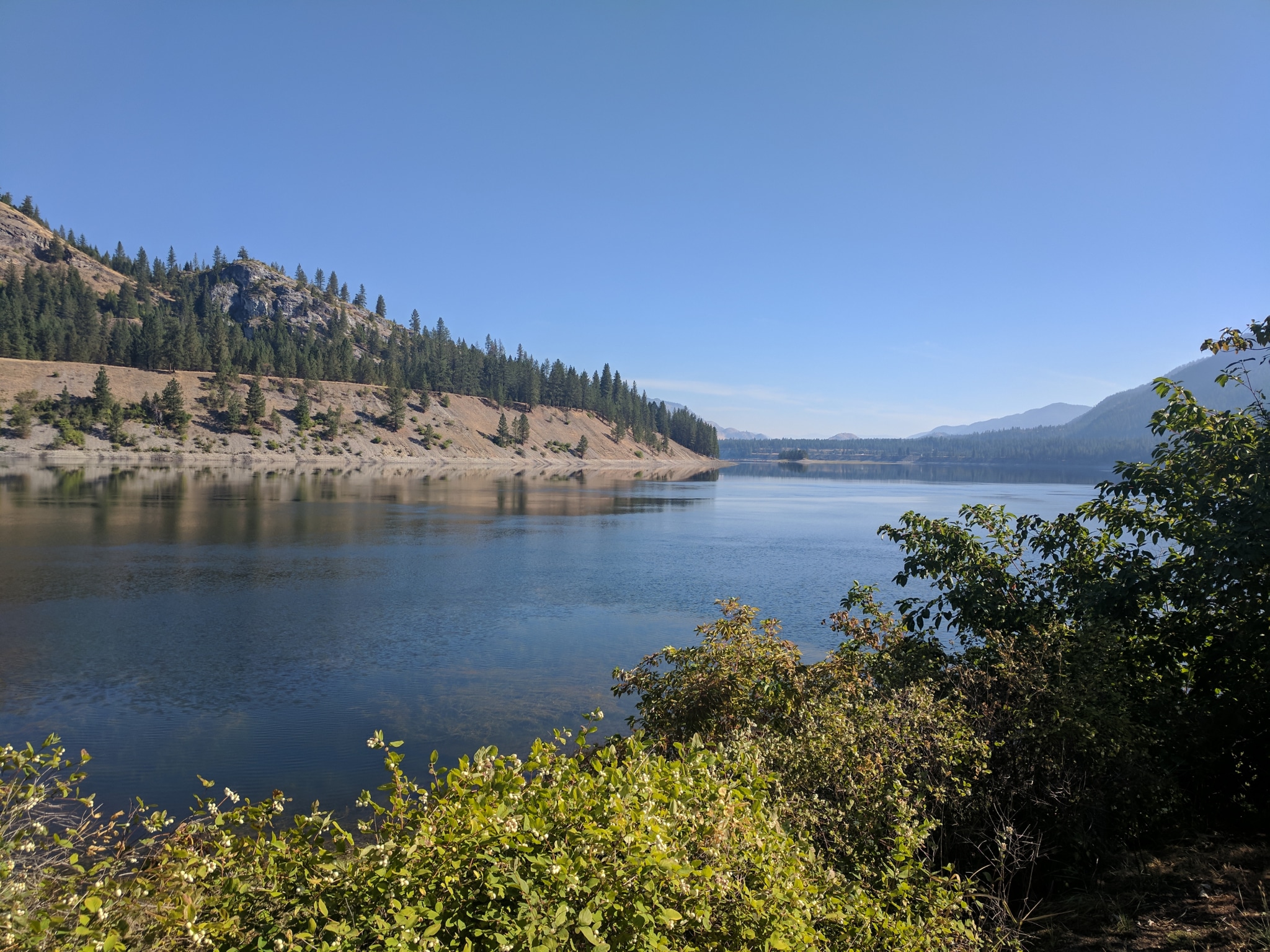 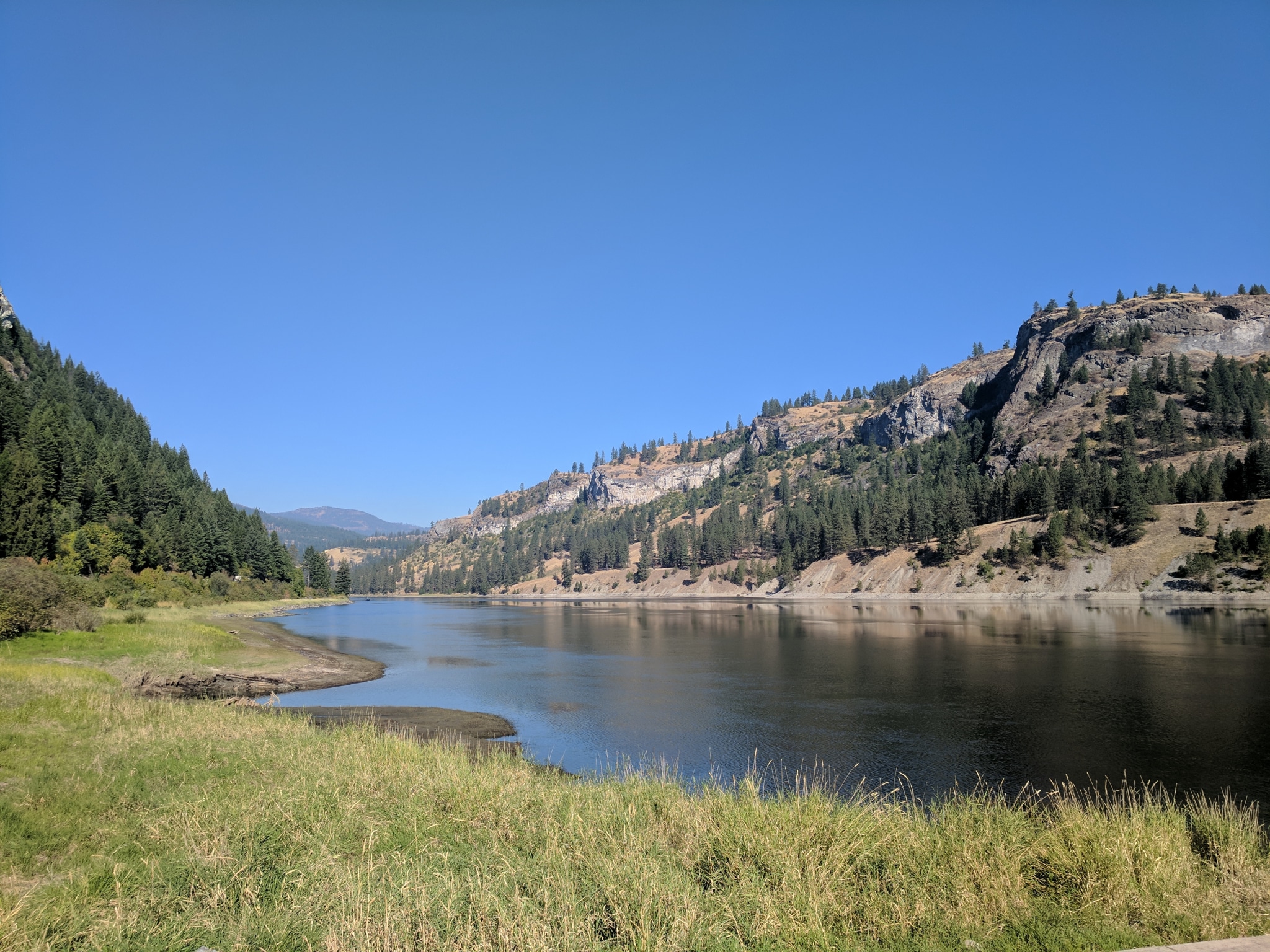 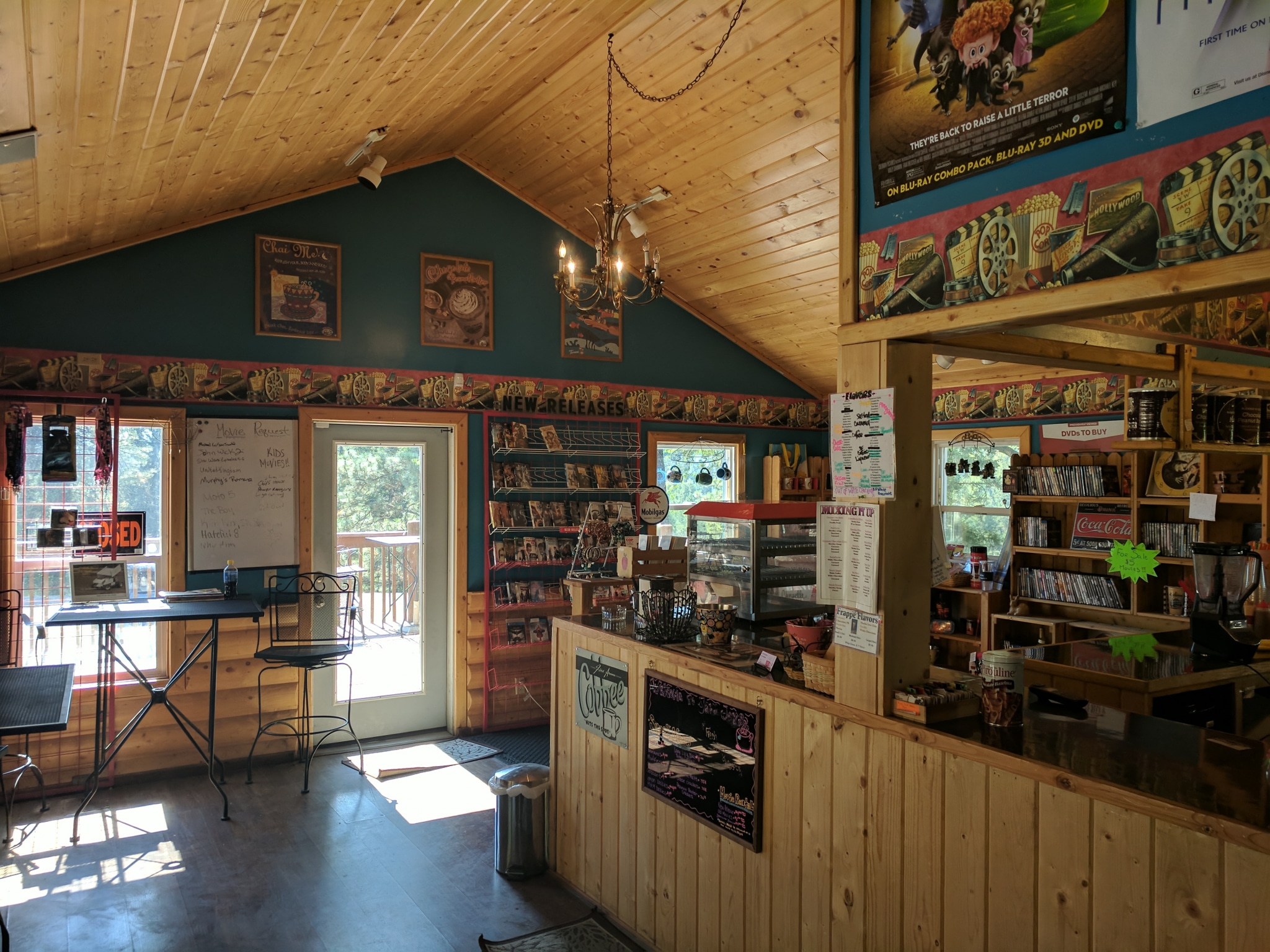 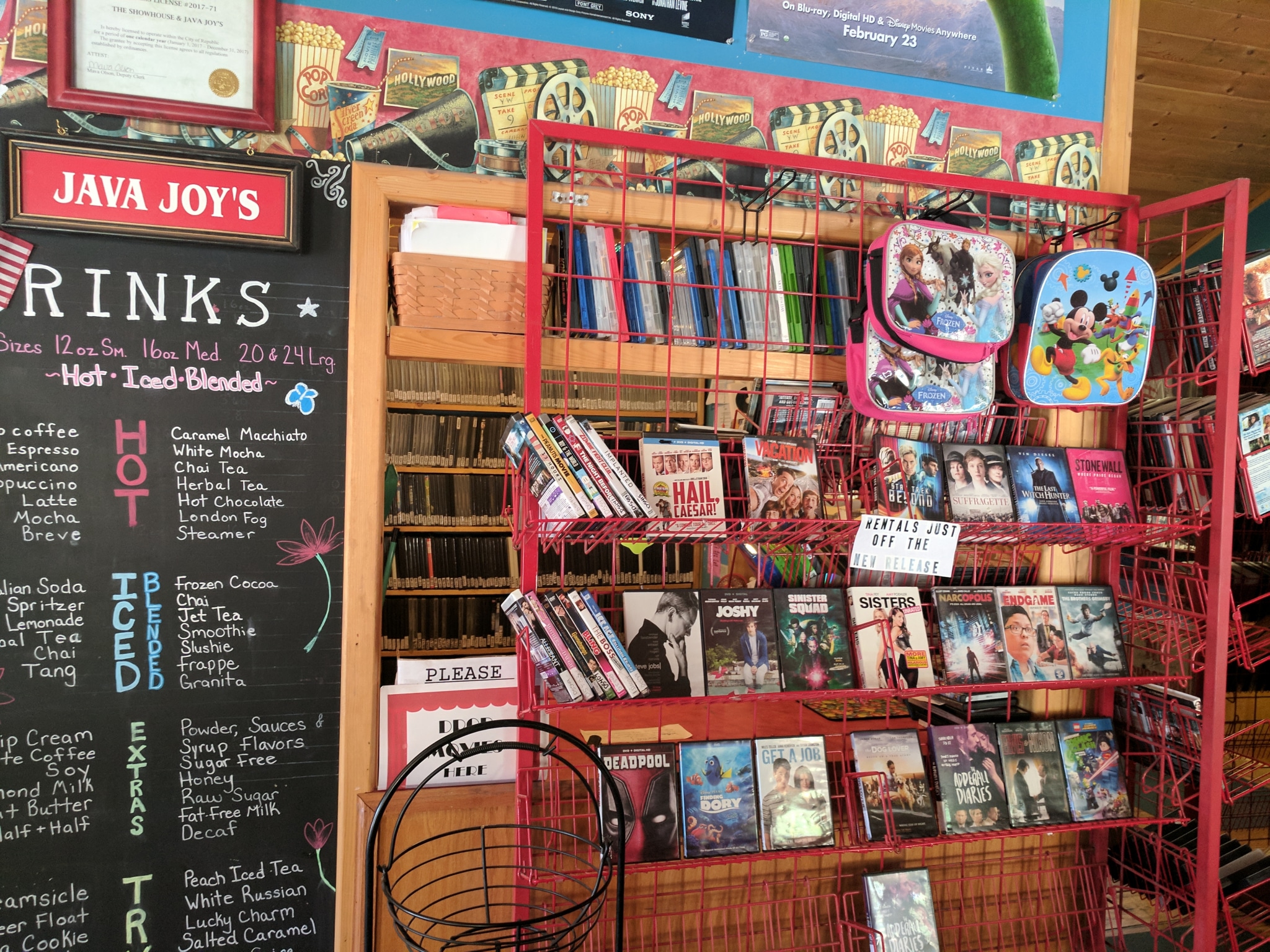 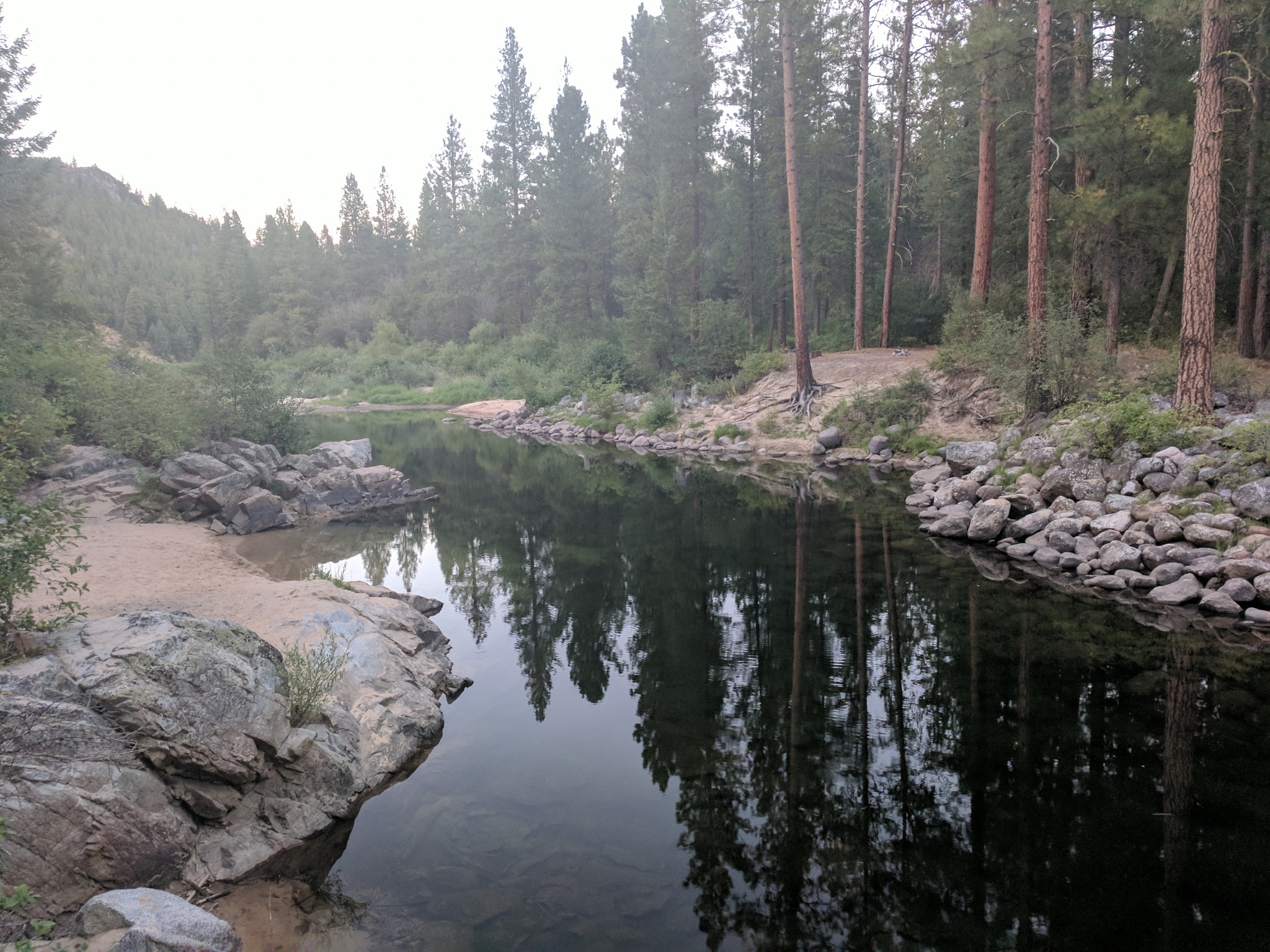 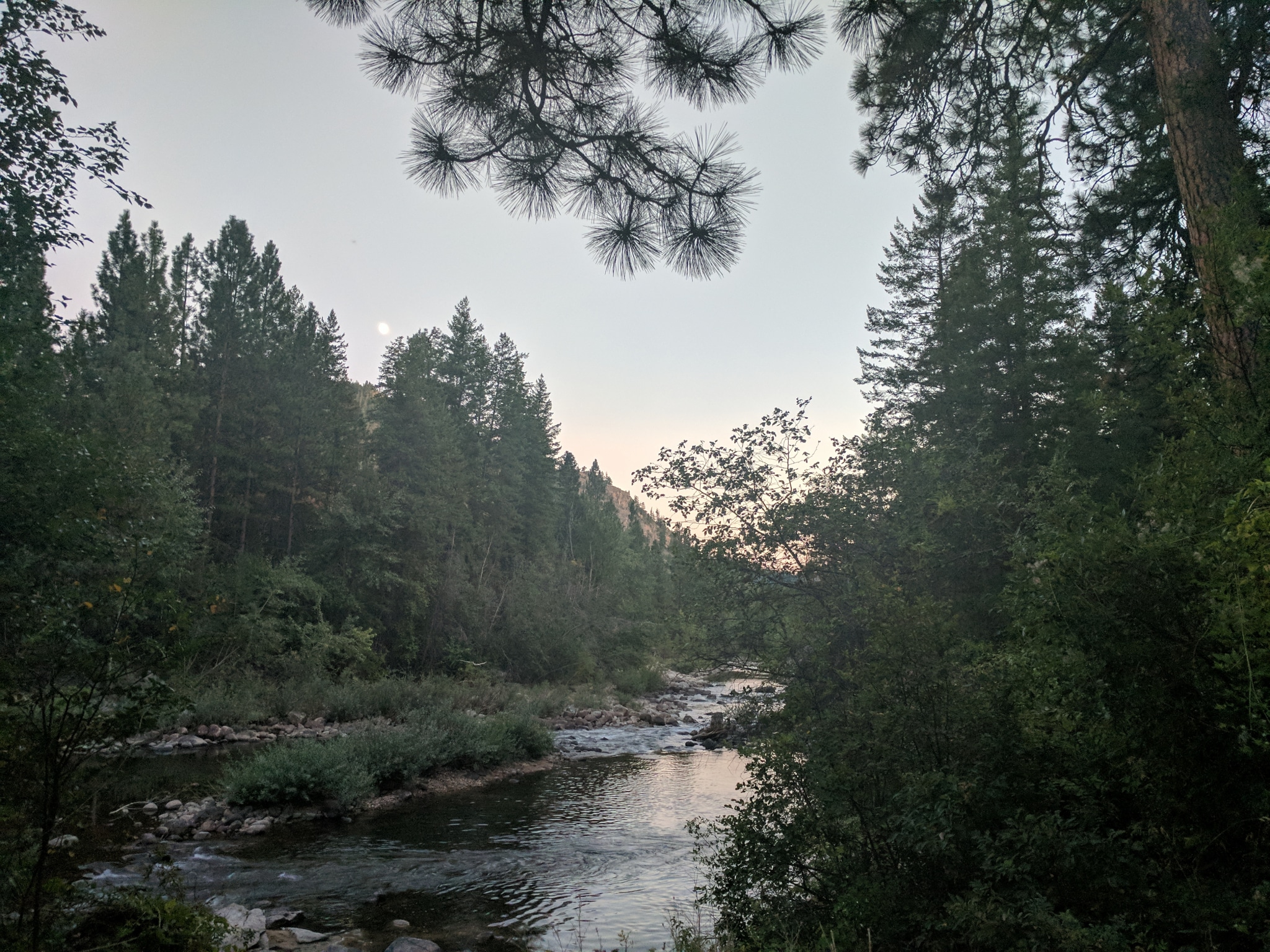 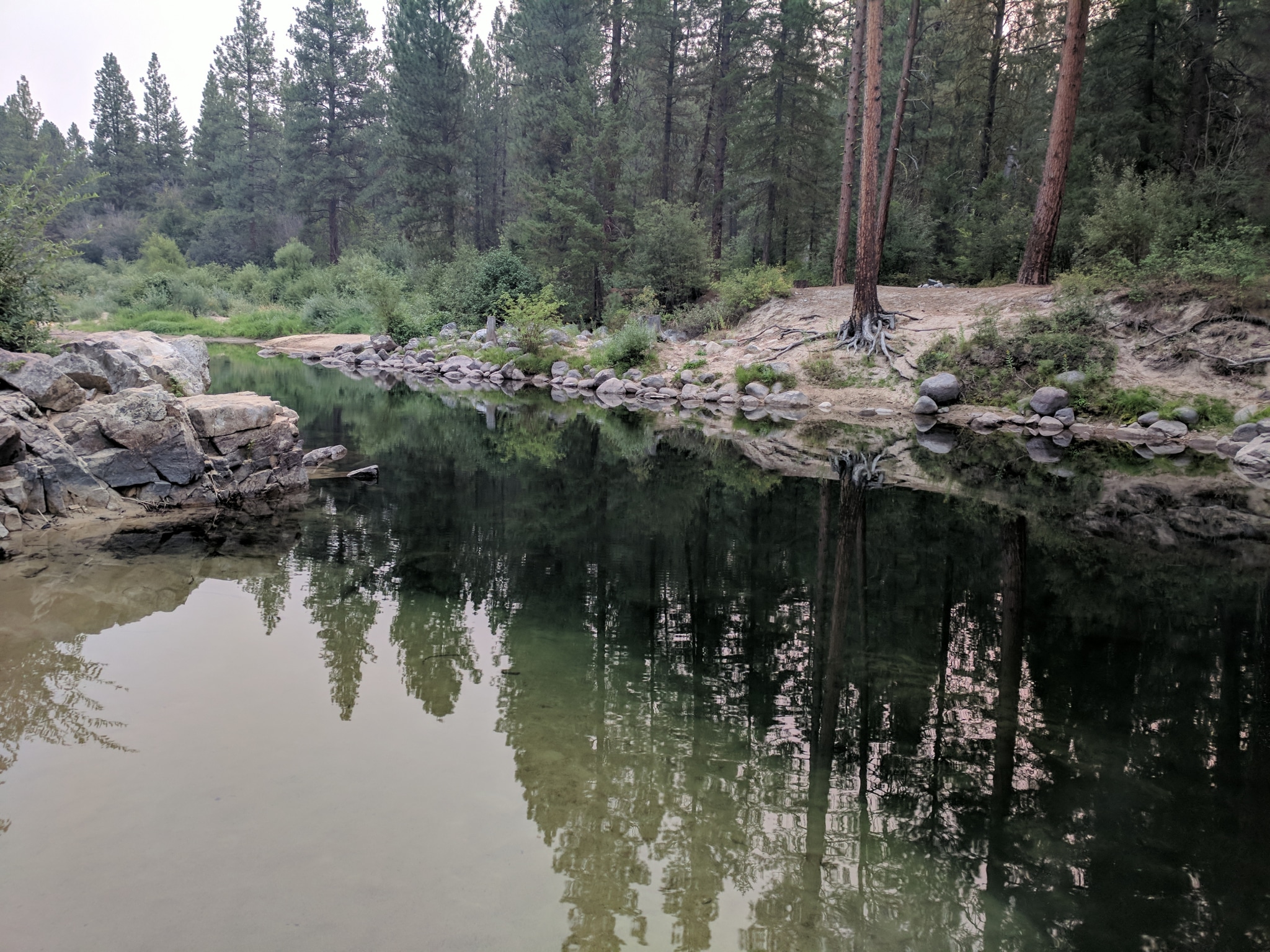