The day of the eclipse had finally arrived. We had extended our stay in Jackson Hole, Wyoming so we could see the totality. We had our glasses ( kindly given to us for free by the lovely folks at Teton Recreation Center) so we were ready to go. We had a nice spot picked out up the hill a bit from our campsite and Francis had his Go-Pro cam all set up. We took our chairs and some breakfast and settled in to wait.

As predicted, we started to see changes around 10:30. The moon covered the sun little by little as it got windier, cooler, darker, and quieter. It was strange and almost spooky. When the totality occurred right on time, we were able to take our glasses off and look right at it. It was fascinating. Although it only lasted a couple minutes, it was worth the wait.

As the sun slowly returned to normal, we packed up camp and prepared to head out of Jackson Hole after spending almost a week there. This was our longest stay in one spot so far on this trip. We encountered plenty of traffic on our way back into town as many other eclipse viewers were heading out as well.

Our adventures for the day were not over yet. Francis accidentally caught his finger in the car window as we were driving through town to grab some lunch. It seemed ok at first and was not cut or bleeding but he suddenly became dizzy and began to feel like he was going to pass out. We were stopped at a street light when he became unresponsive. His eyes were open but unfocused and he was not able to respond to me when I spoke to him. Cars behind us began honking as I attended to him but fortunately, a woman came to my window to offer help. She was about to call 911 when Francis became more alert and asked her not to. She went behind our car to direct traffic around us while he got his bearings. We drove around the corner and parked on a side road to give him time to recover. Two police officers arrived after a few minutes to check out the situation. They were very nice and one even said he had a similar experience himself after pinching his finger. They stayed and chatted for a little while until it was clear he was coherent and did not need medical attention. It was a scary experience but fortunately, no one got hurt and we appreciated the kindness, help, and concern we received. Francis was surprised he almost lost consciousness from smashing his finger, but after researching online, he came to find out that a lot of people suffered similar symptoms from smashing or cutting their fingers.

Hoping for the rest of the day to be less eventful, we grabbed lunch from Subway and headed toward Montana by way of Yellowstone National Park. We were happy to see that most of the eclipse traffic was headed south while we were going north.

The drive through Yellowstone was beautiful of course. We have been there two other times but there is so much to see. We stopped at a few places along the way for pictures and short hikes. We came to the town square at Mammoth and just as we remembered from our first trip, there was a herd of elk relaxing on the grass. We drove on and entered the small town of Gardiner where we had spent the night during our first camping trip back in 2014 and began to think about a place to stay. We stopped for gas and the attendant told us about a place about 12 miles away where we could camp. We started in that direction but as we drove, we saw that one hotel in town, Yellowstone Village Inn and Suites, had a vacancy sign. All the others seemed to be full. Tired from the day, and not wanting to set up camp in the dark, we decided to check it out. I went in to ask about the rates and realized it was the same hotel we had stayed in on that first trip! Neither of us had recognized it in the dark. Of course, we had to stay just for old time’s sake. 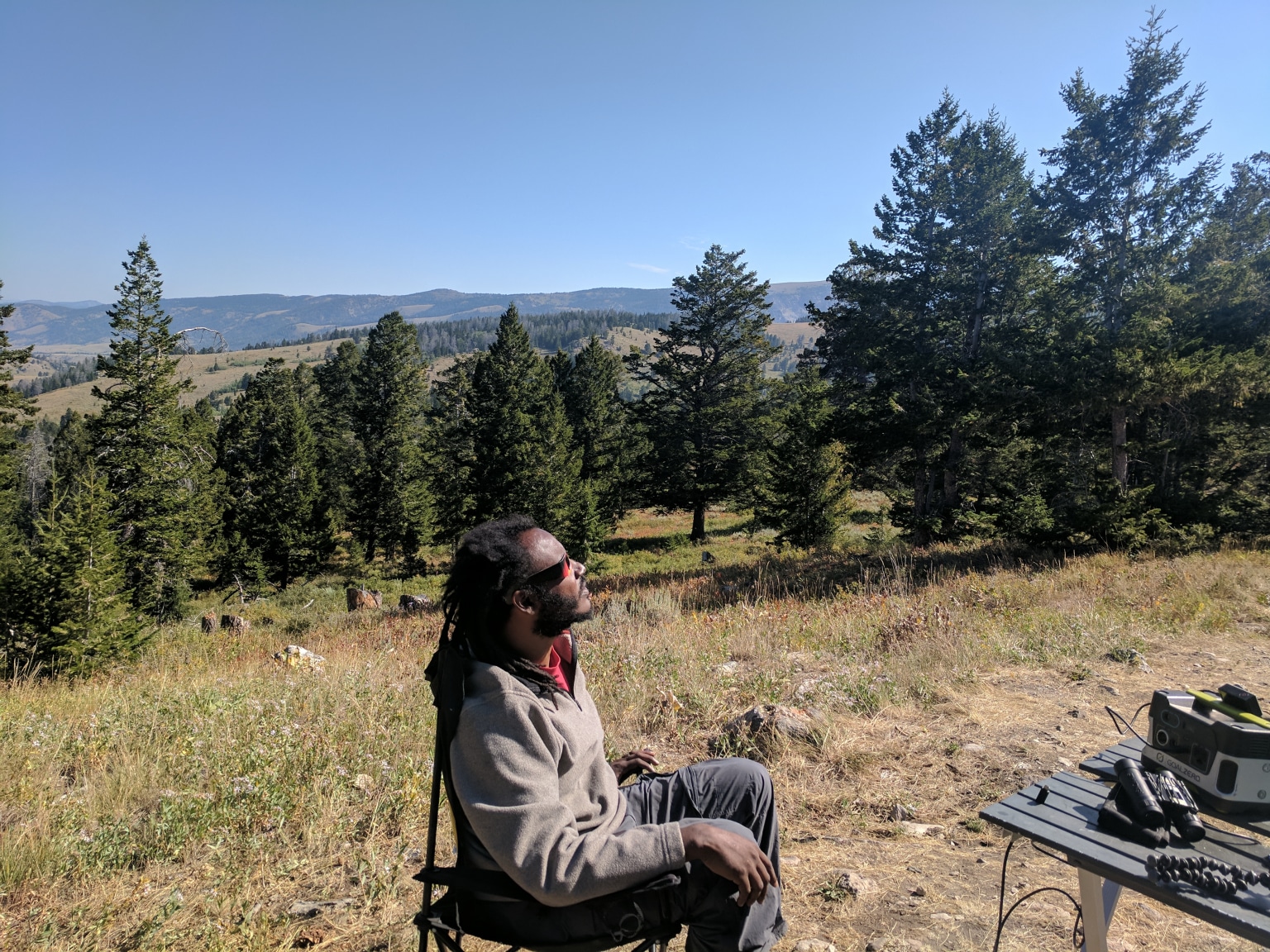 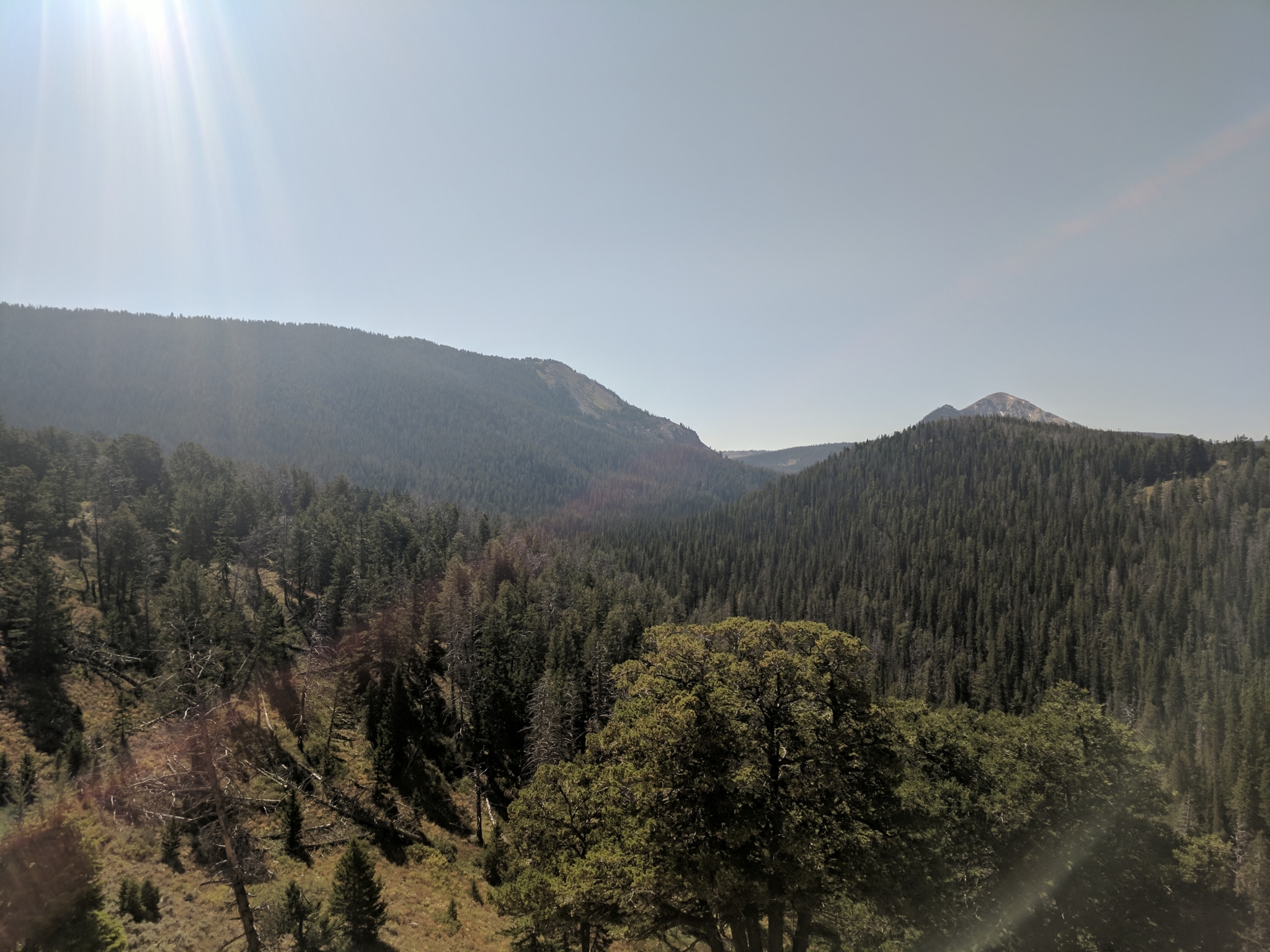 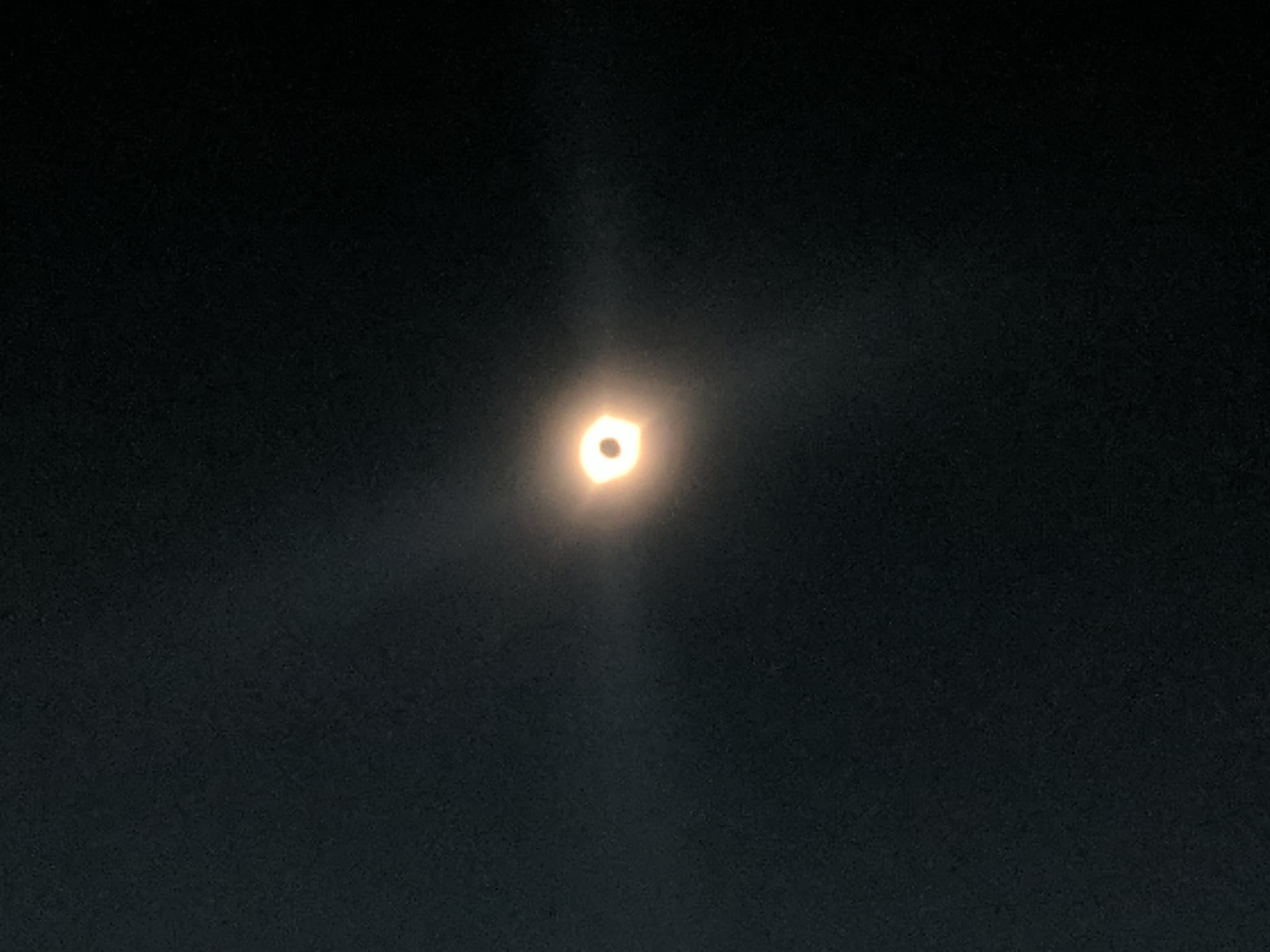 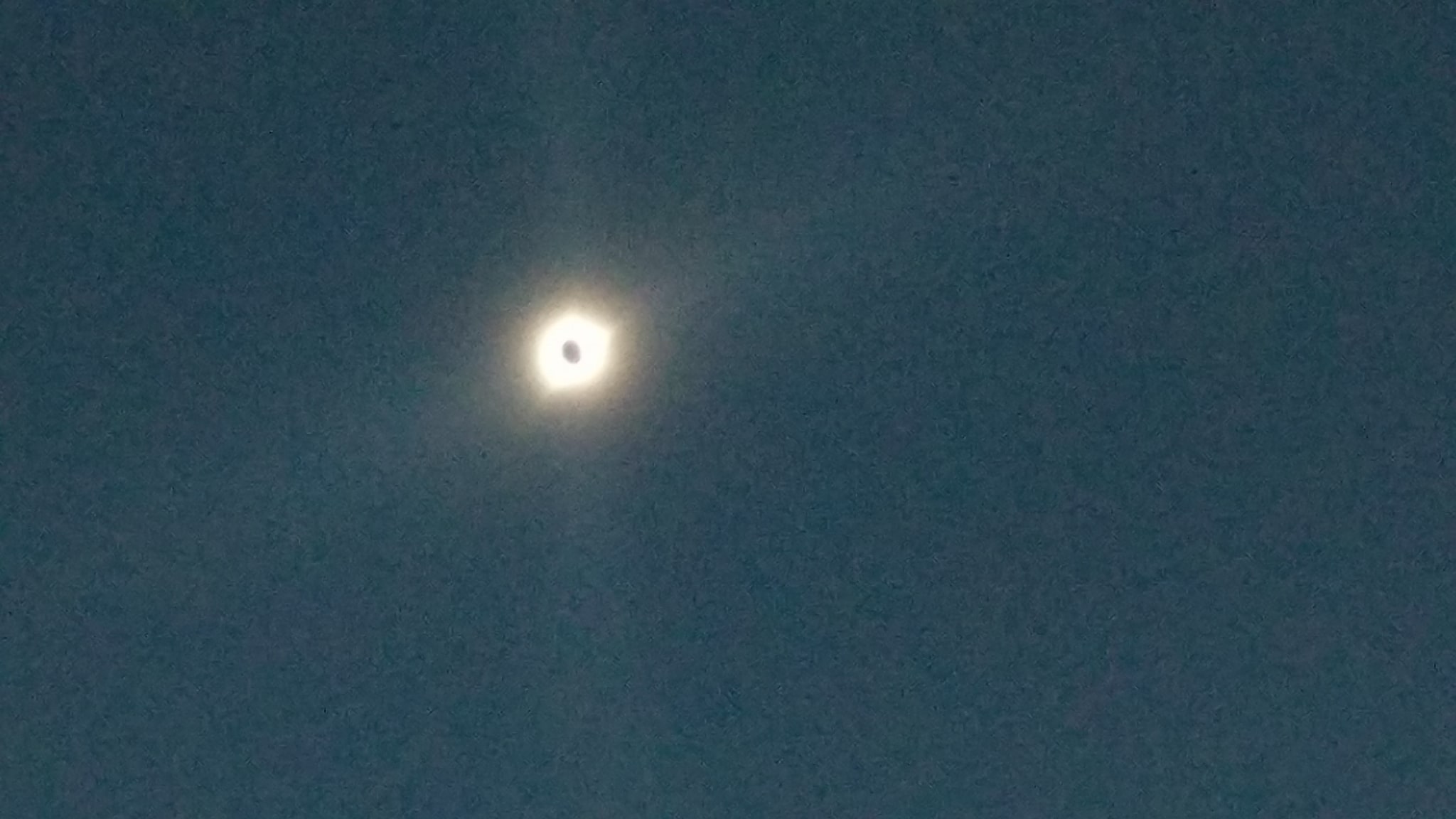 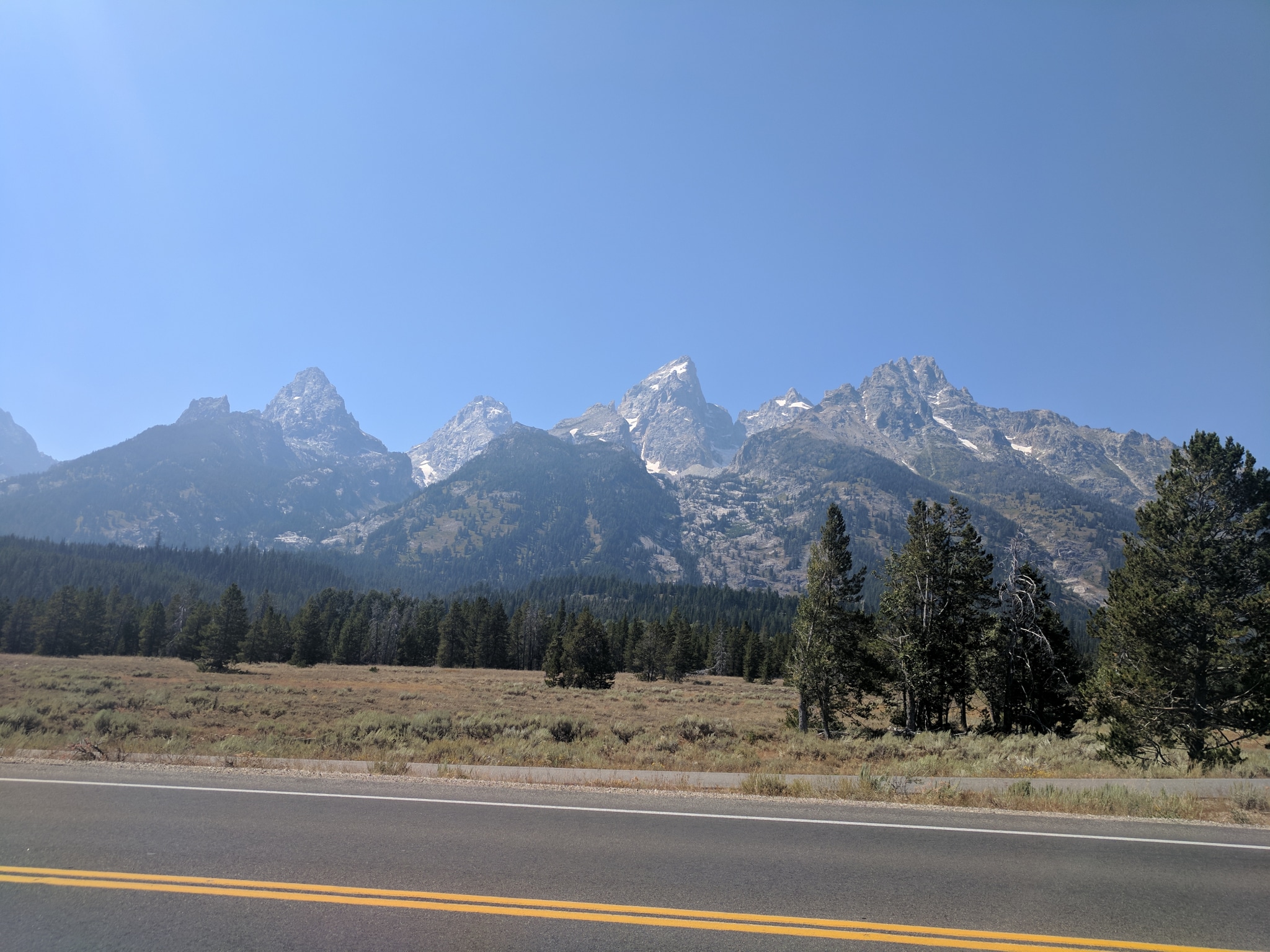 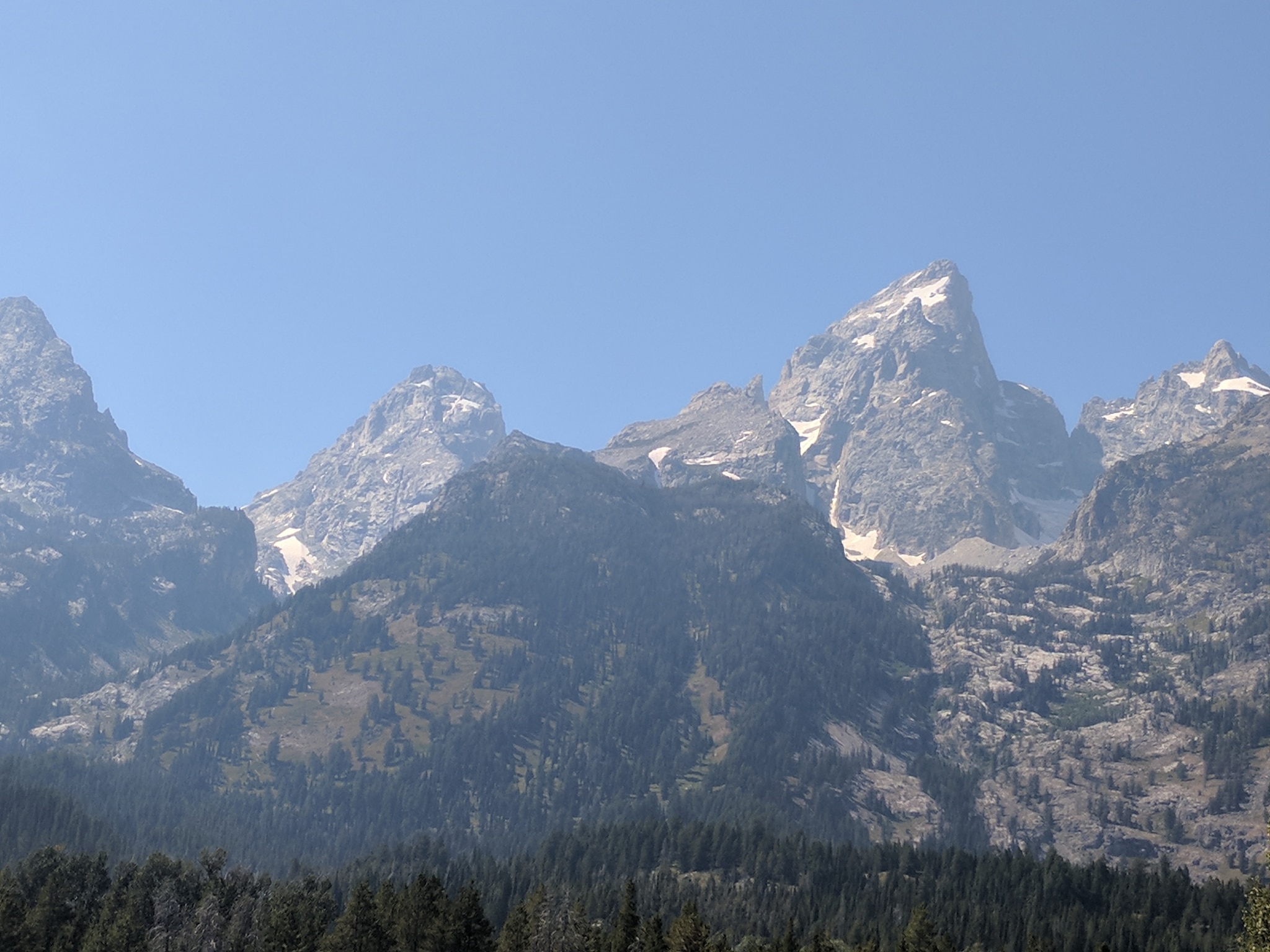 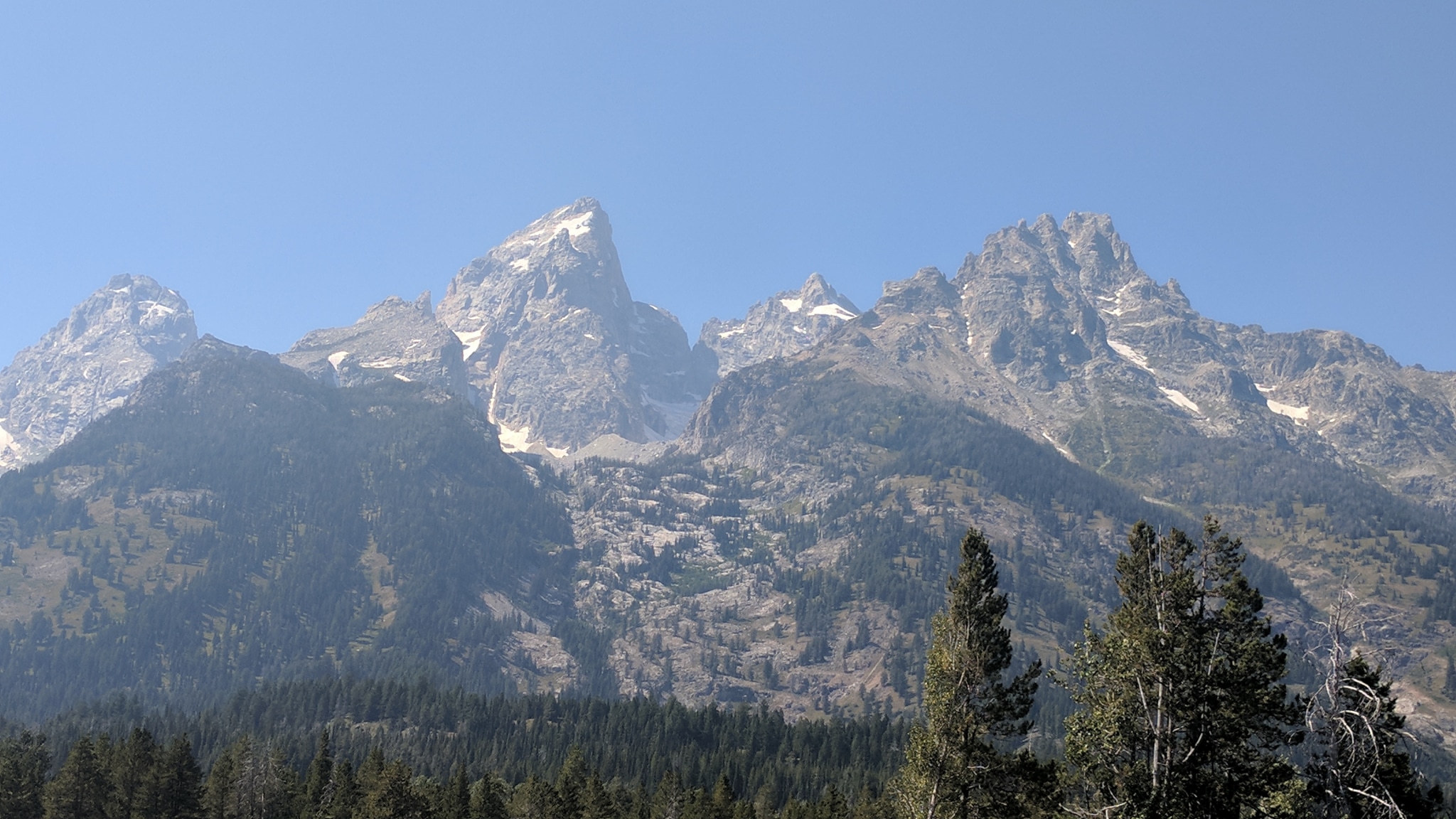 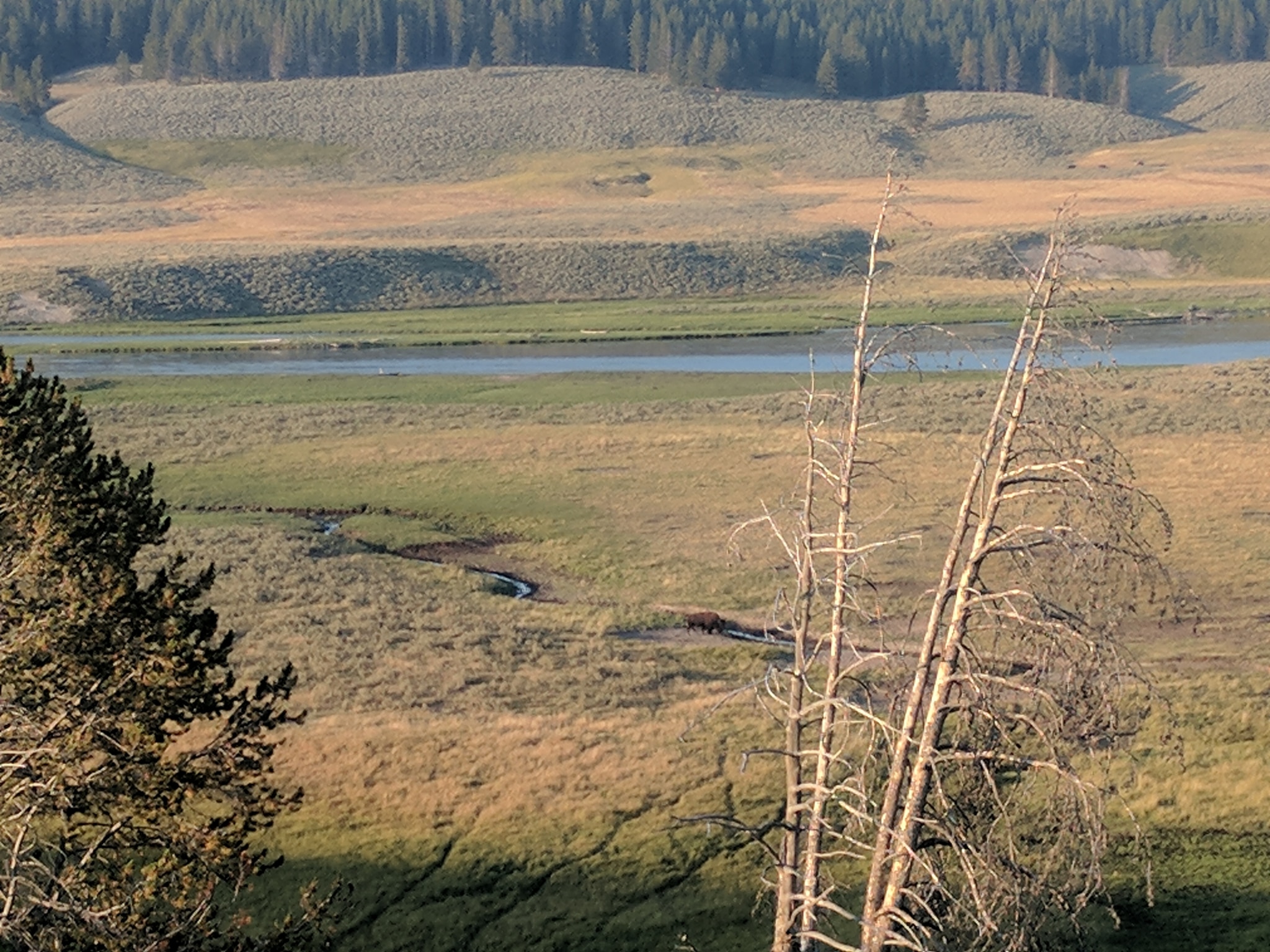 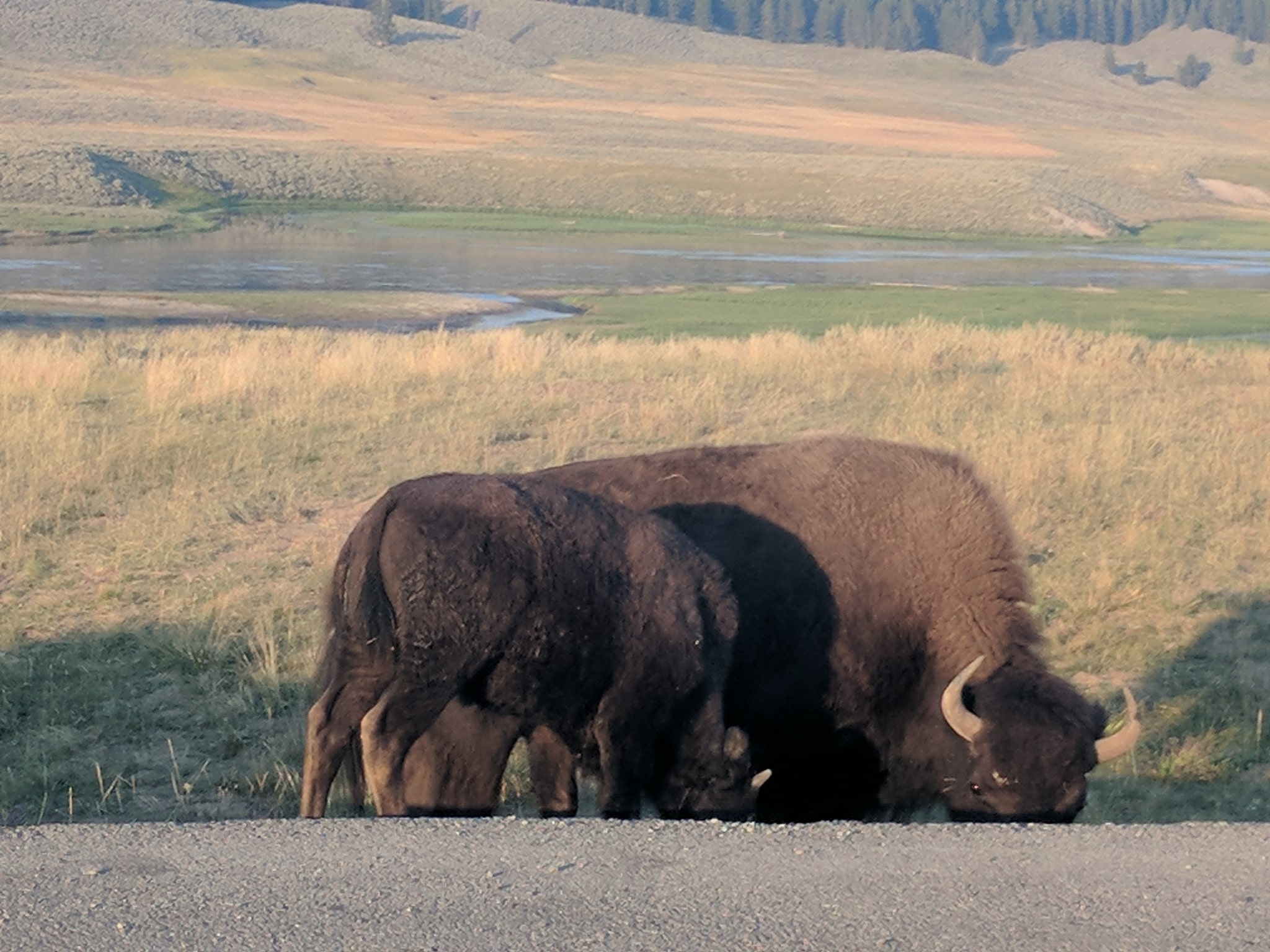 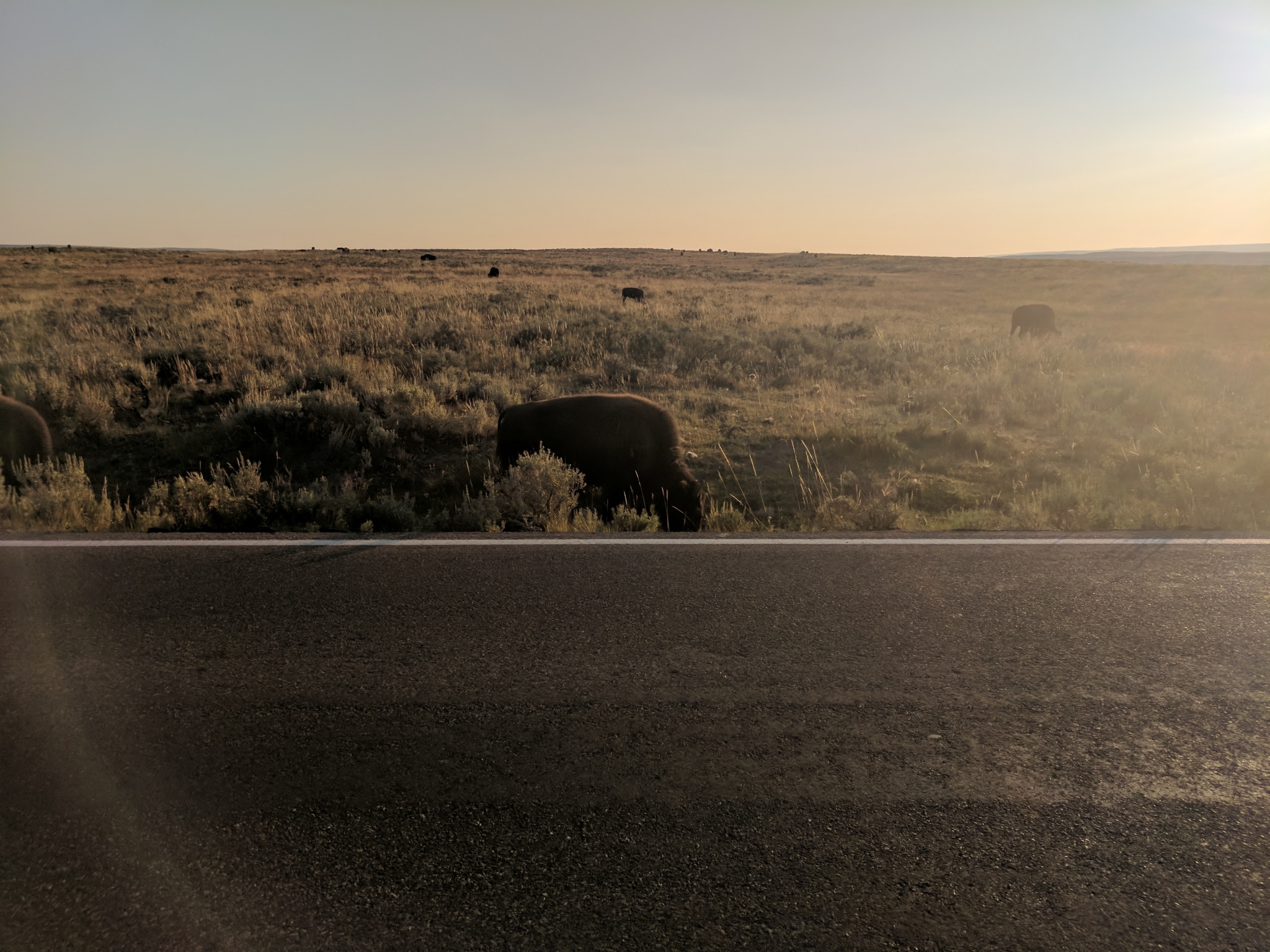 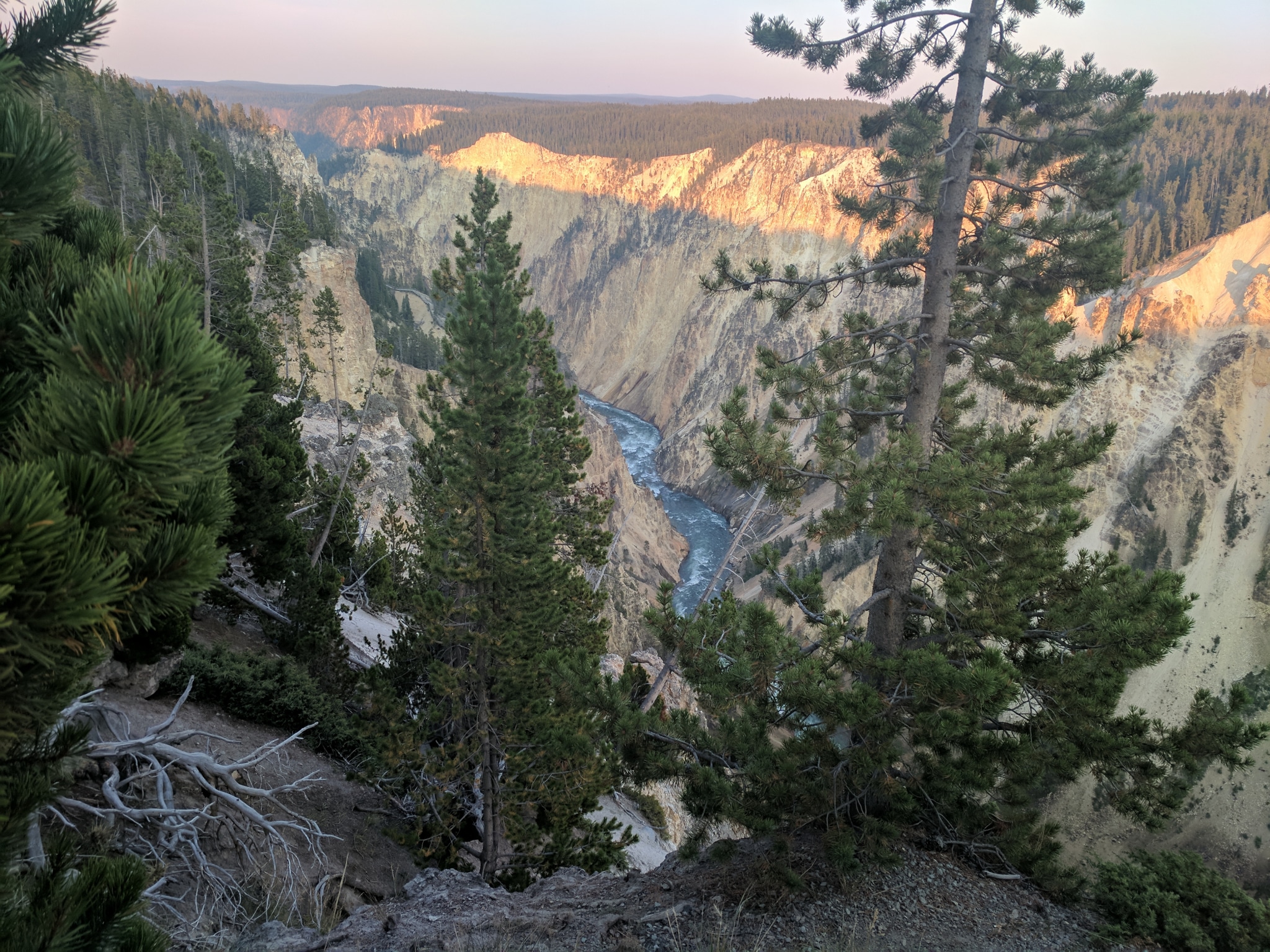 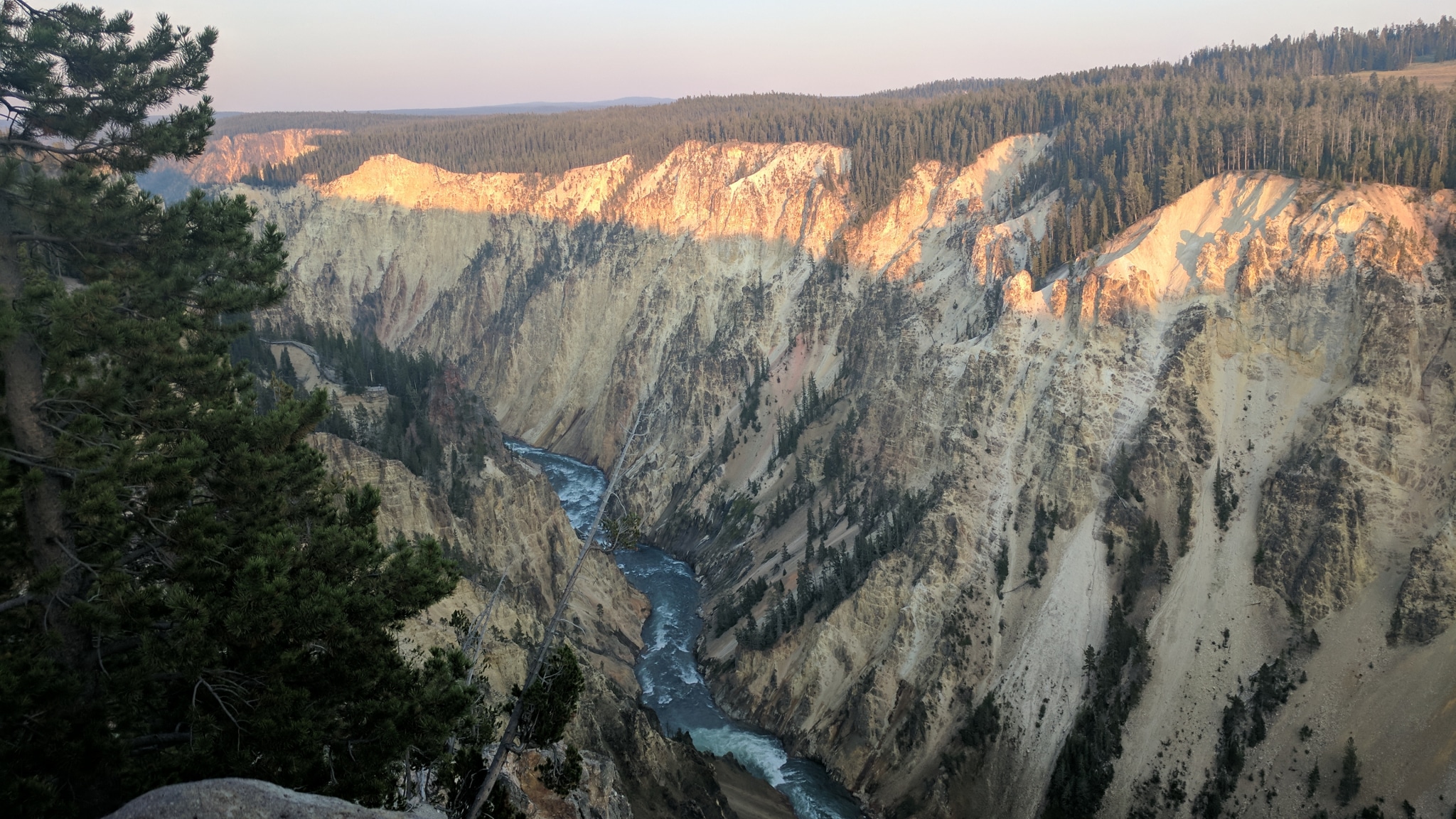 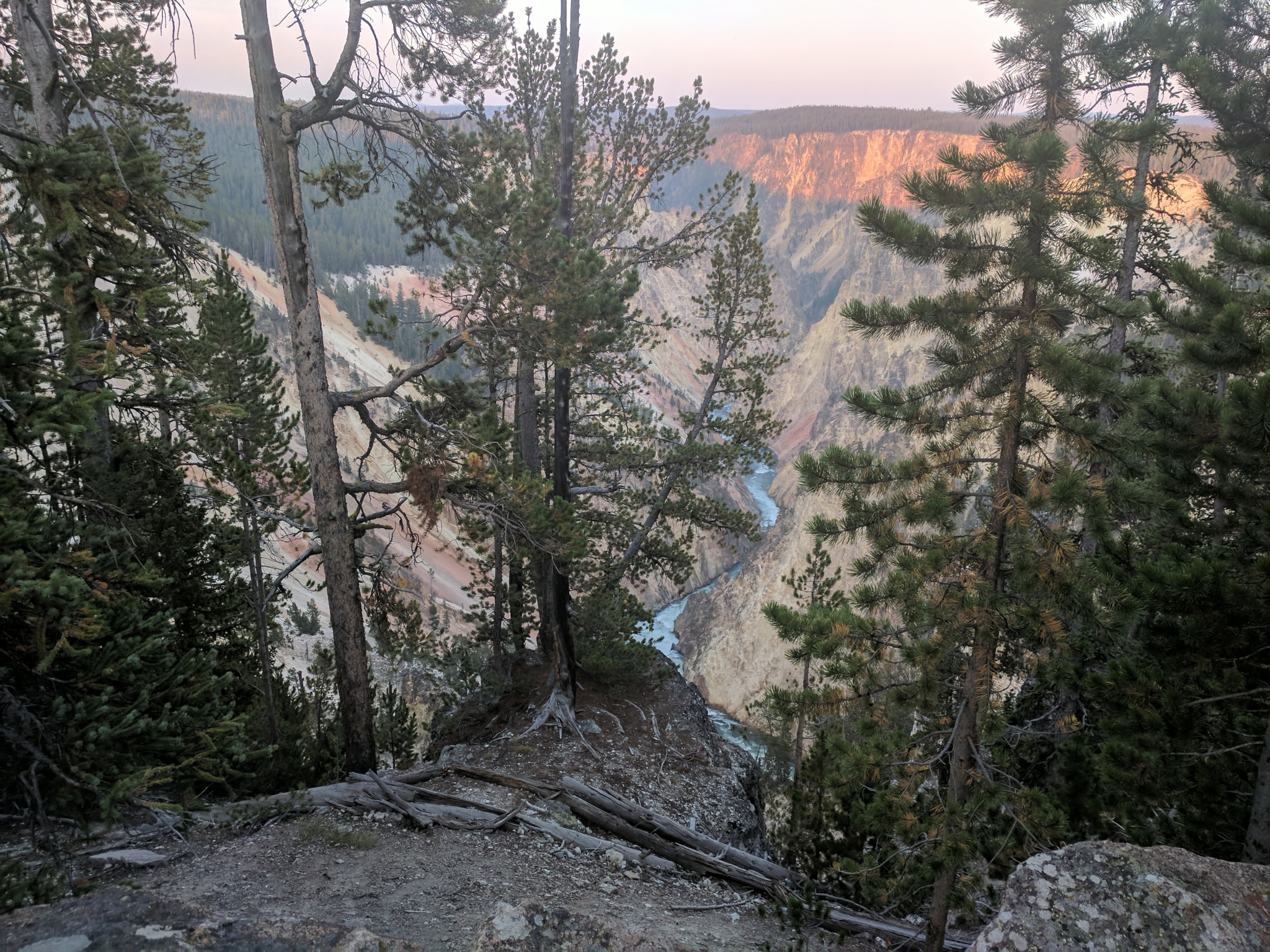 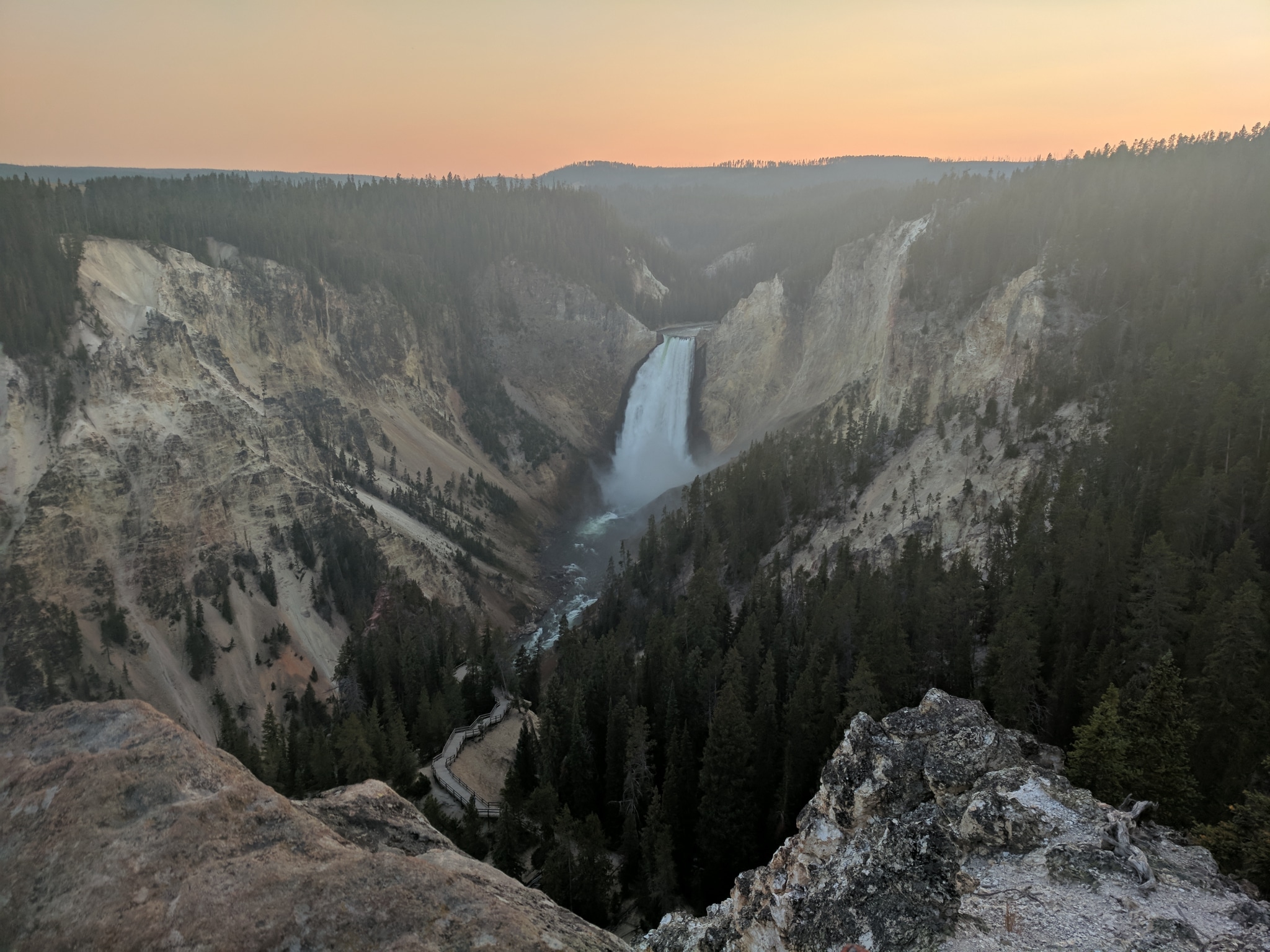 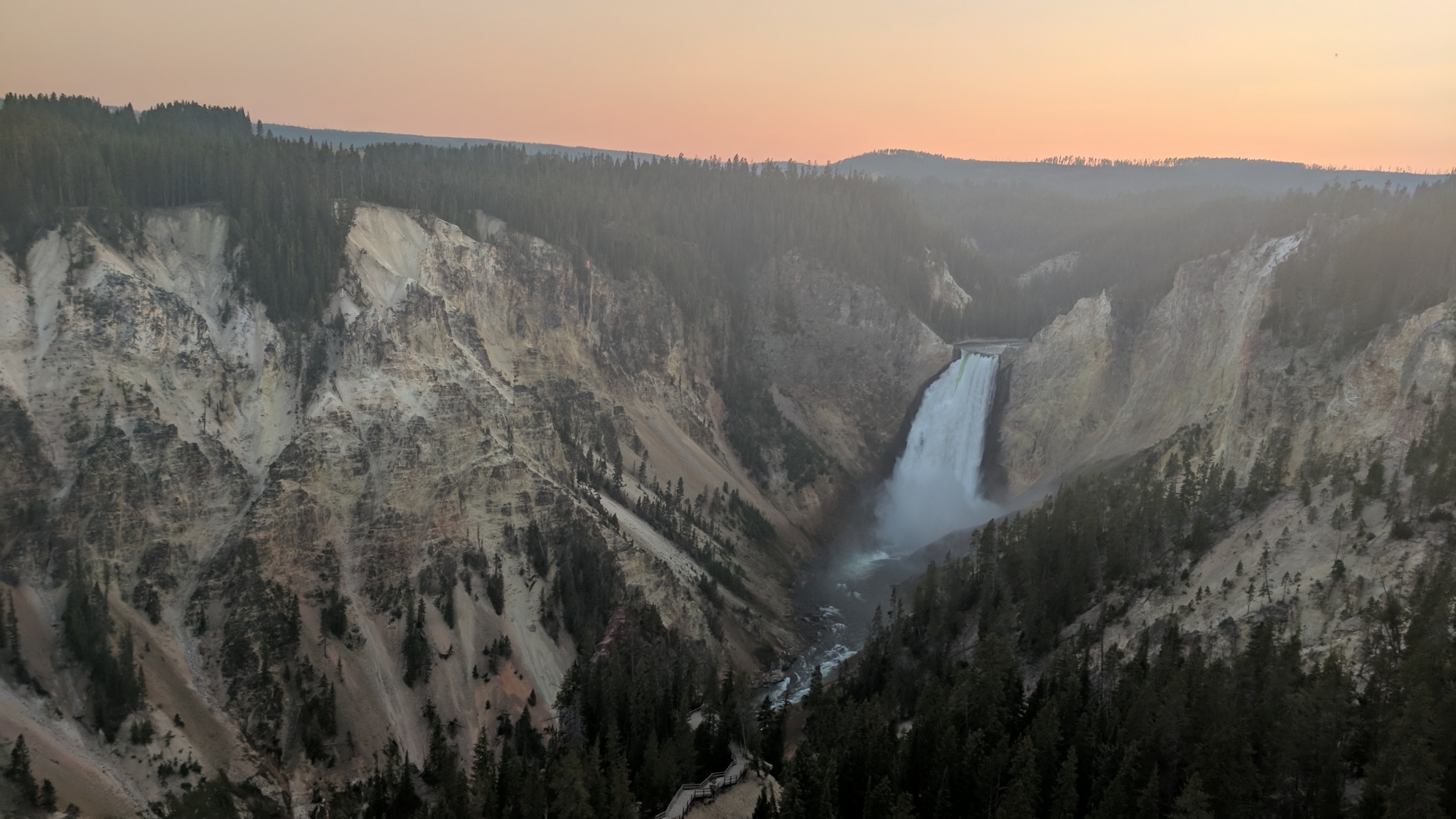