After a couple of days spent mostly working at our lovely campsite at Schoolhouse Campground on Roosevelt Lake, we decided to take a drive into Mesa, Arizona to run some errands. We needed groceries and a couple of new tires for the Jeep. Several people had told us about Apache Trail Scenic Drive although not everyone recommended it. It was alternately described as a must do scenic drive or an exercise in terror depending on who we were talking to. Francis is never one to turn down a challenge so of course, that was the route he chose.

I have to admit I was a bit nervous when we started out. The stories we had been told about crying school children and screaming wives had me wondering if we should take a safer route. You can read about the dangers of the road here http://www.dangerousroads.org/north-america/usa/1324-apache-trail-usa.html  The drive started off well with a beautiful view of the dam and river. The scenery was spectacular, especially the views of the Superstition Mountains, and there was almost no traffic so we had no problems at all. If anything, it was so pretty I wished the drive had been longer. I am sure it would have been scarier if there had been a lot of traffic coming from the other direction on the narrow, windy road, but we have definitely driven on worse roads. As usual, I worried for nothing!

Once we got to Mesa which is a good-sized suburb of Phoenix, we made our way to the Firestone to get our tires. They could not get us in until 1 o’clock which gave us a couple hours to kill.  We went to the nearby Dunkin Doughnuts for coffee then headed to Walmart for groceries. By the time we did all that, it was time to head back to Firestone. The waiting area was comfortable, and we enjoyed chatting with the other customers. We learned a lot about the marijuana dispensary business from one of the people we met. He worked at a local dispensary. Having pleasant company made the time pass quickly.

Stocked up on groceries, and with new tires on the Jeep, it was time to head back to the campsite. We did decide to take the main road back as it was getting late in the day. Although we had encountered no problems on our way into town, driving Apache Trail in the dark did not seem like the best idea. We made it back to camp in one piece and were happy to settle in and relax after our day in town. 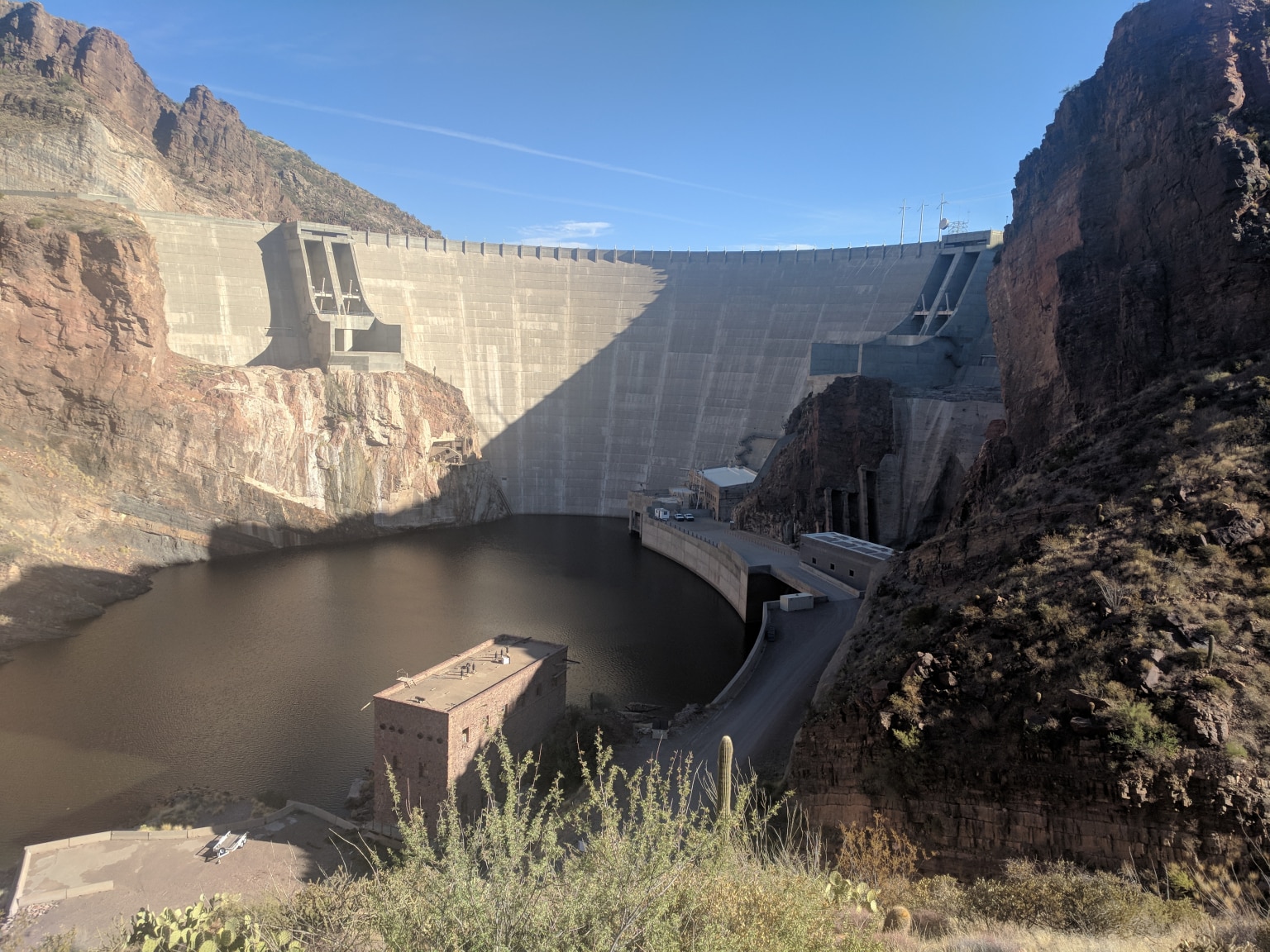 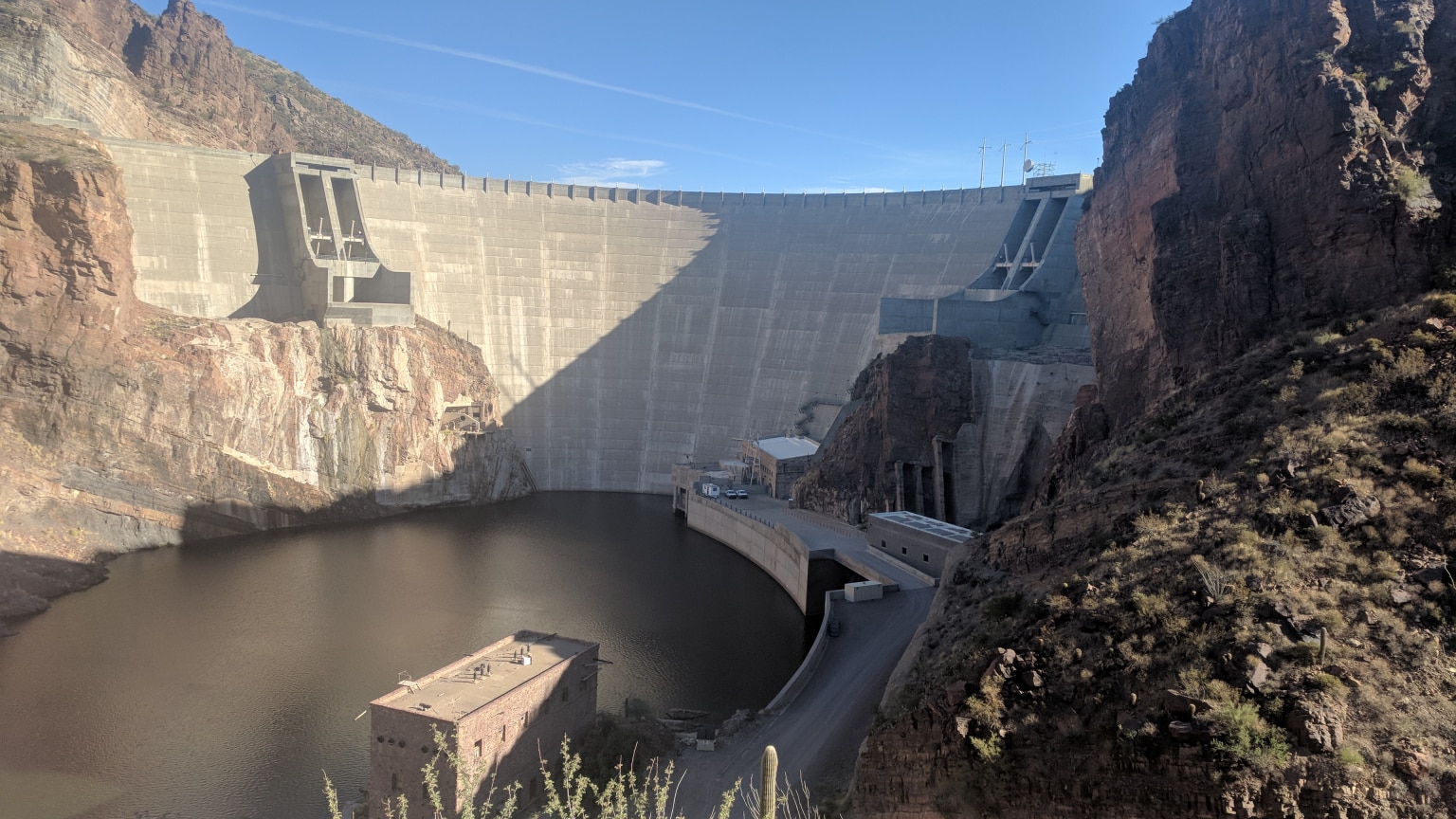 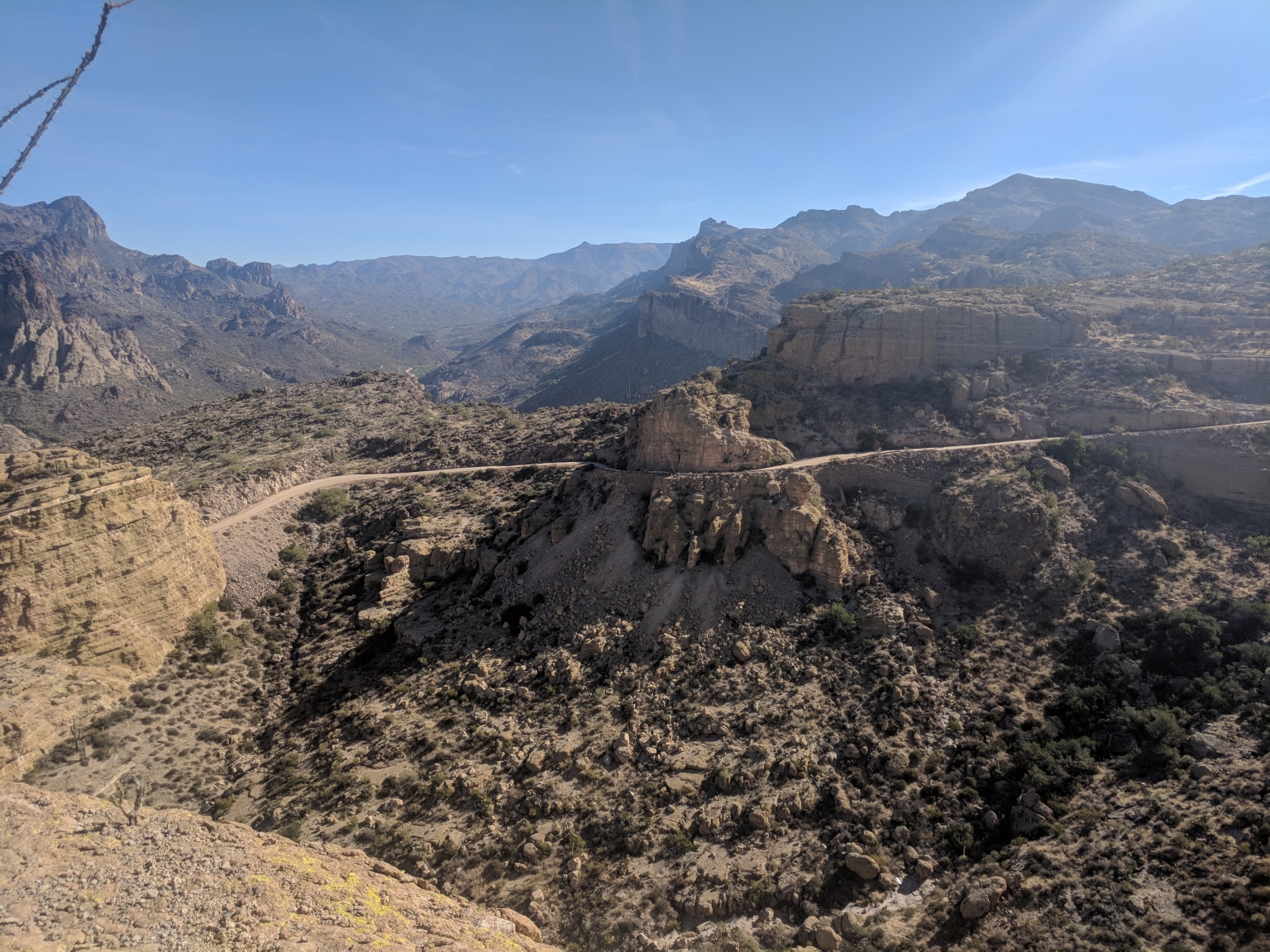 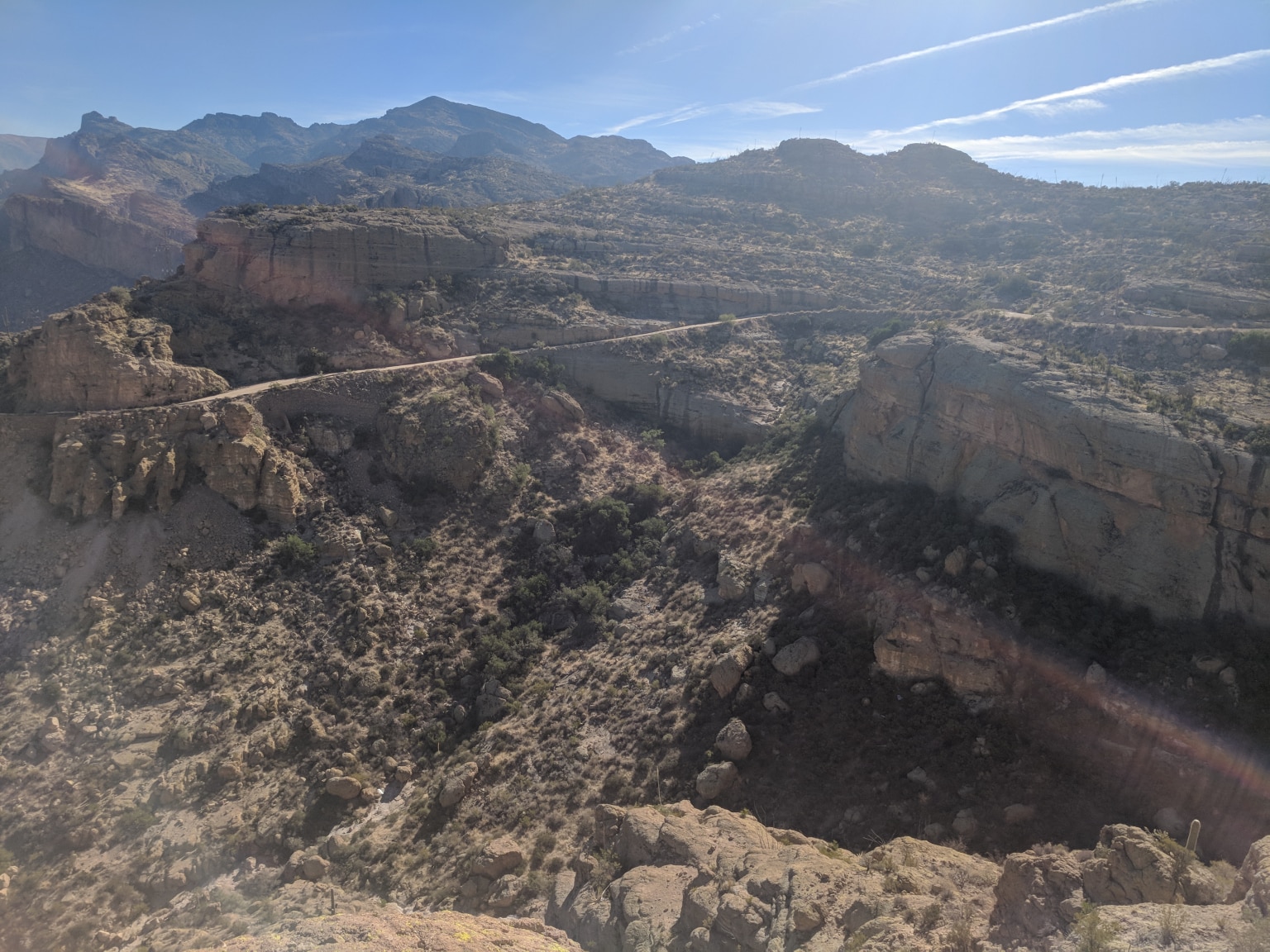 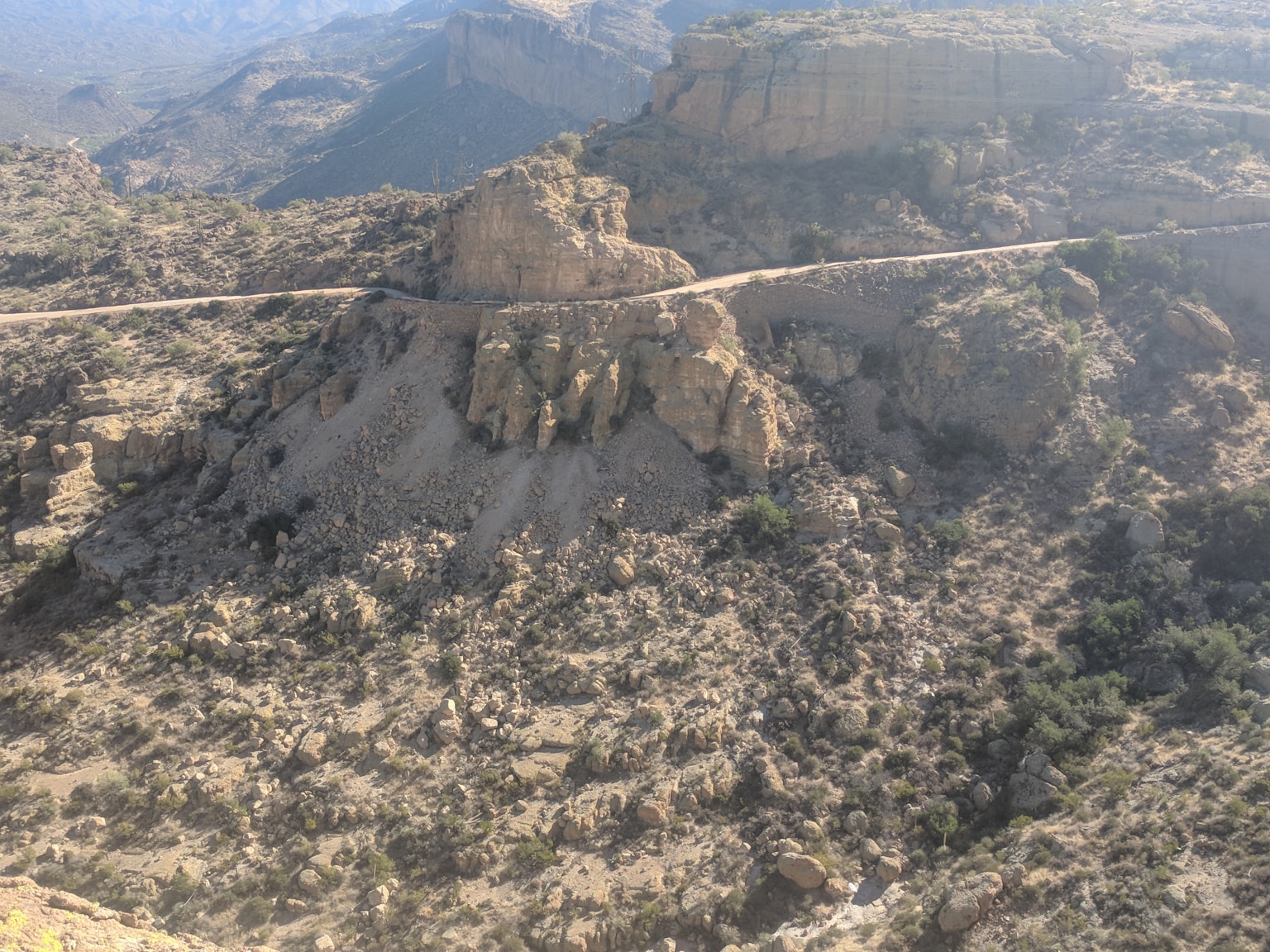 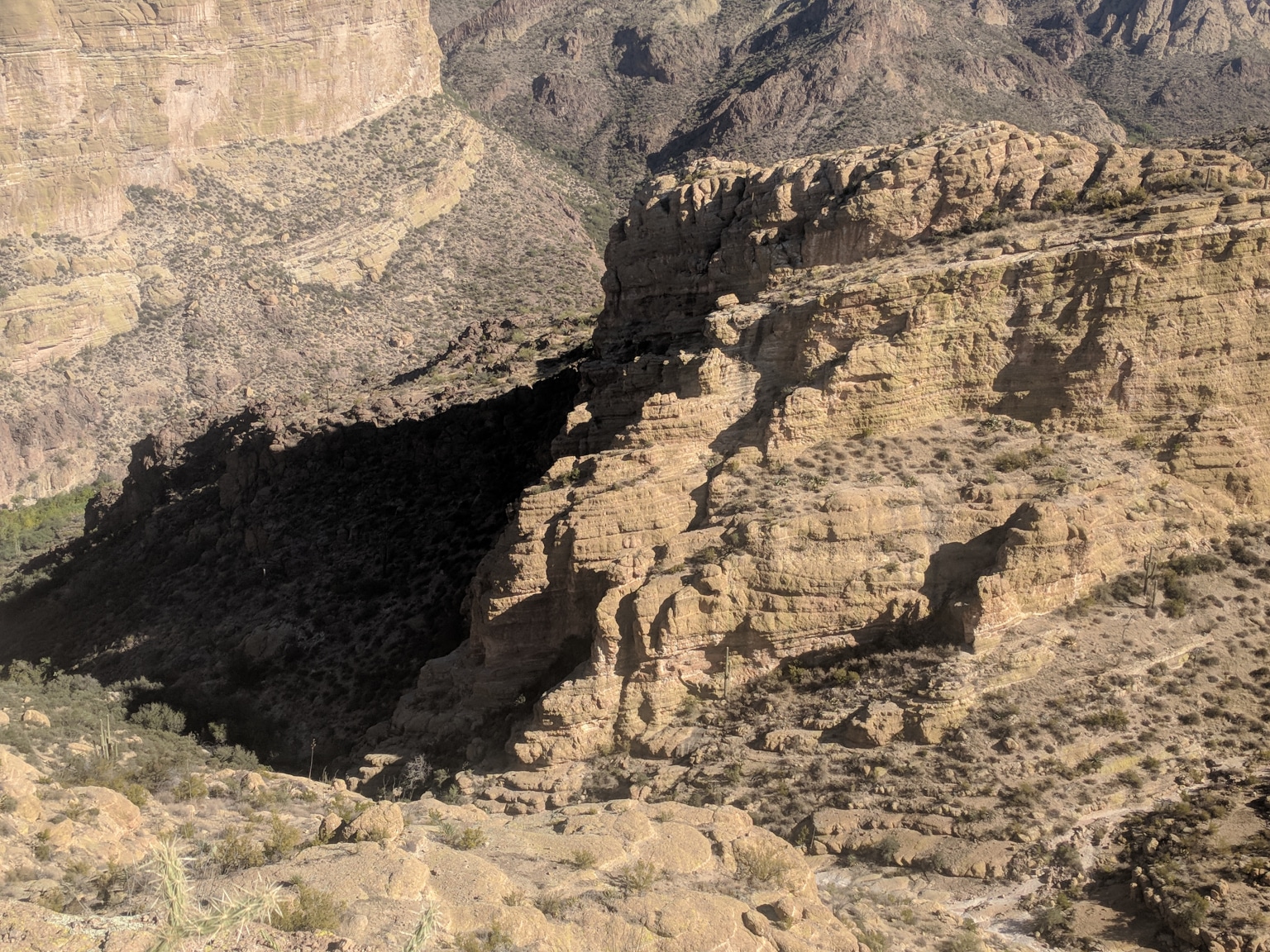 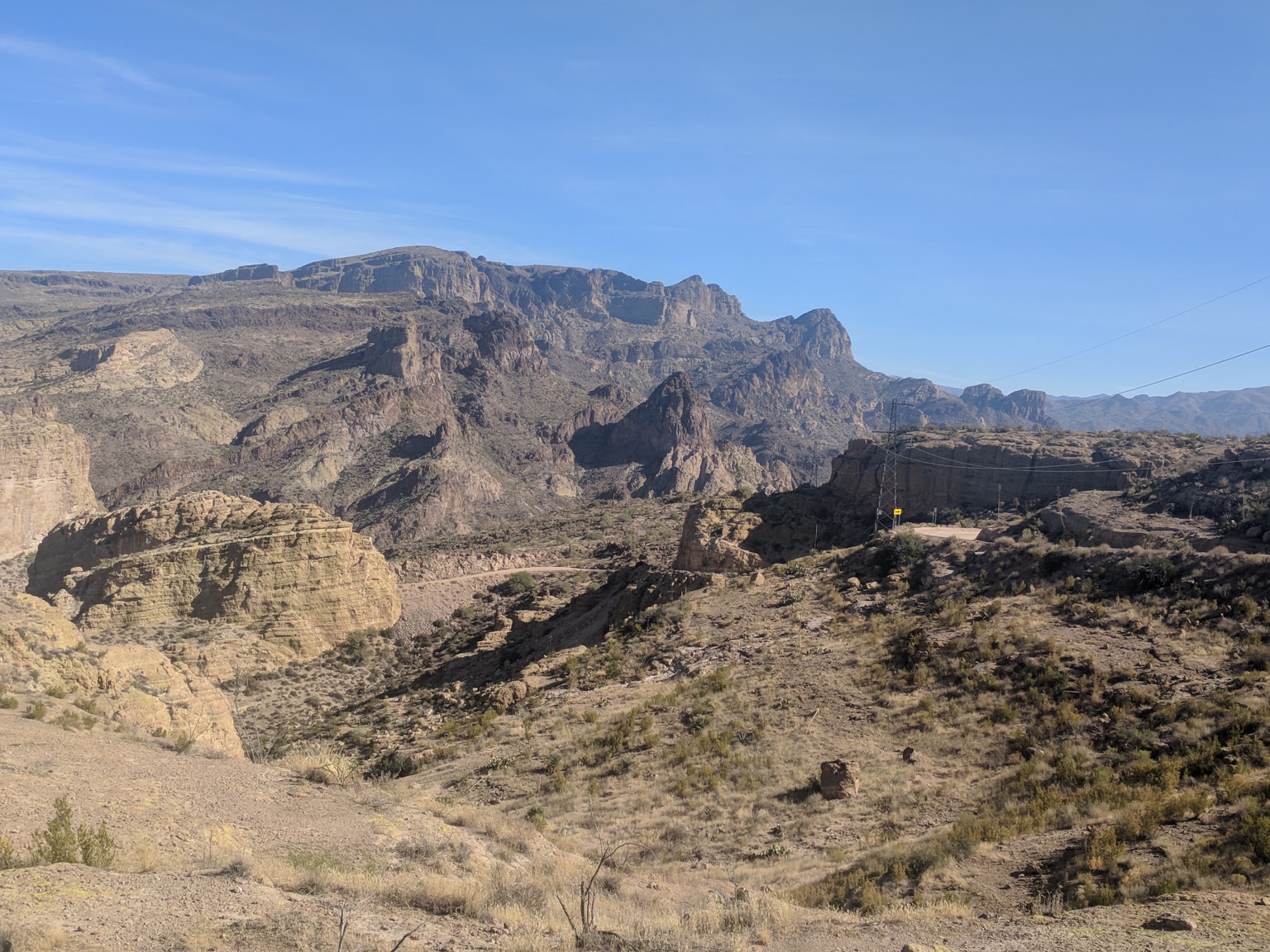 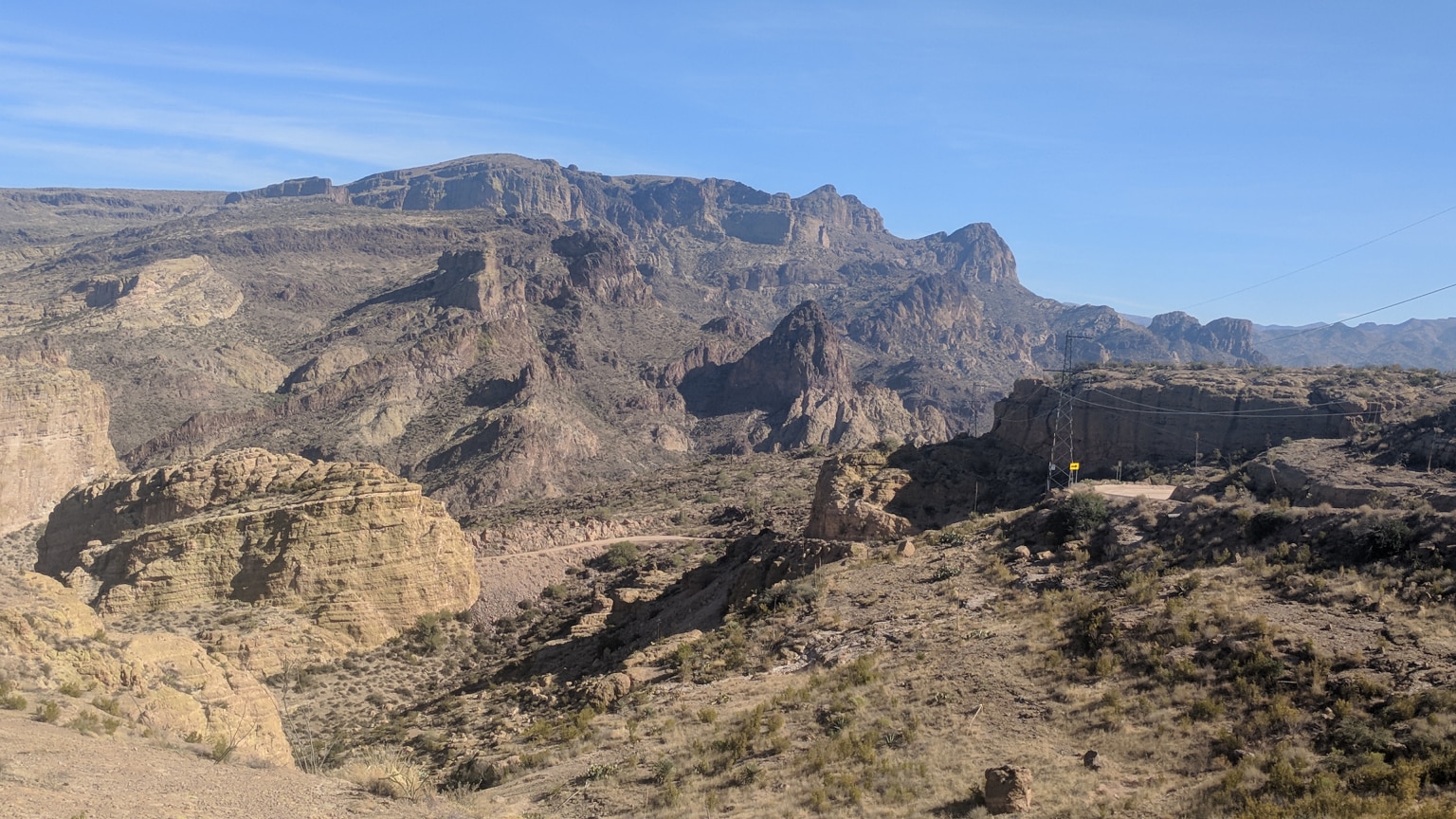 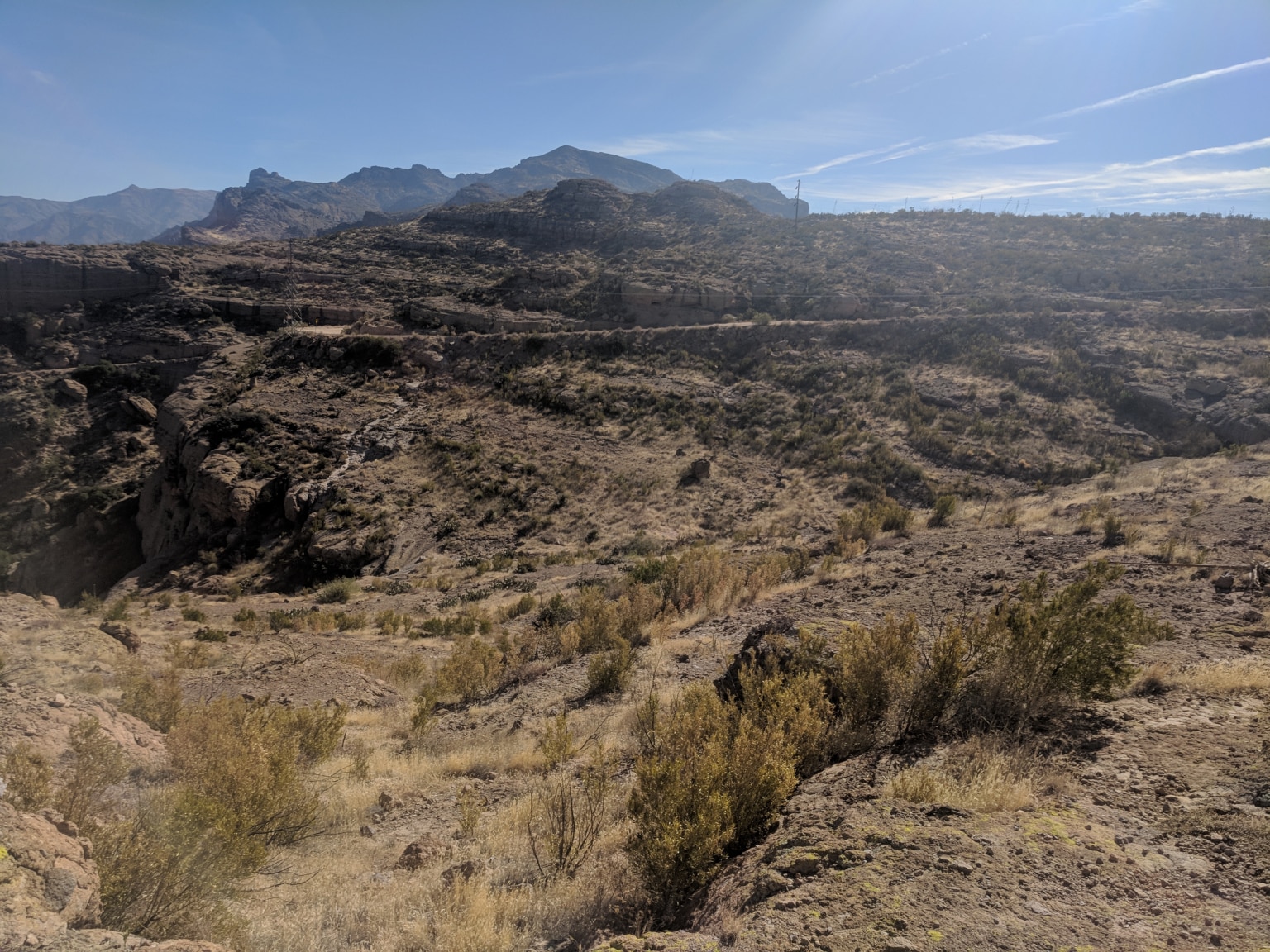 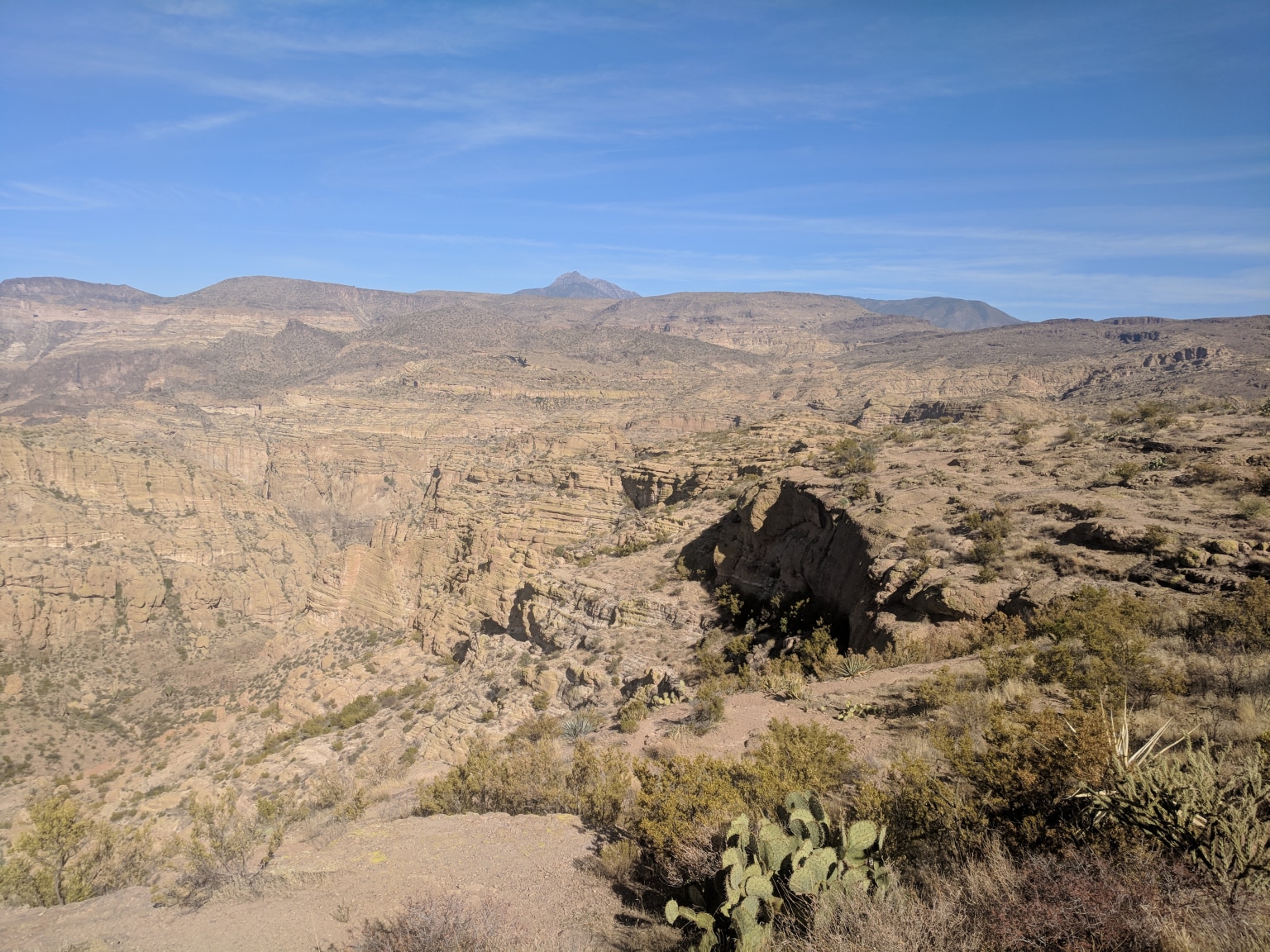 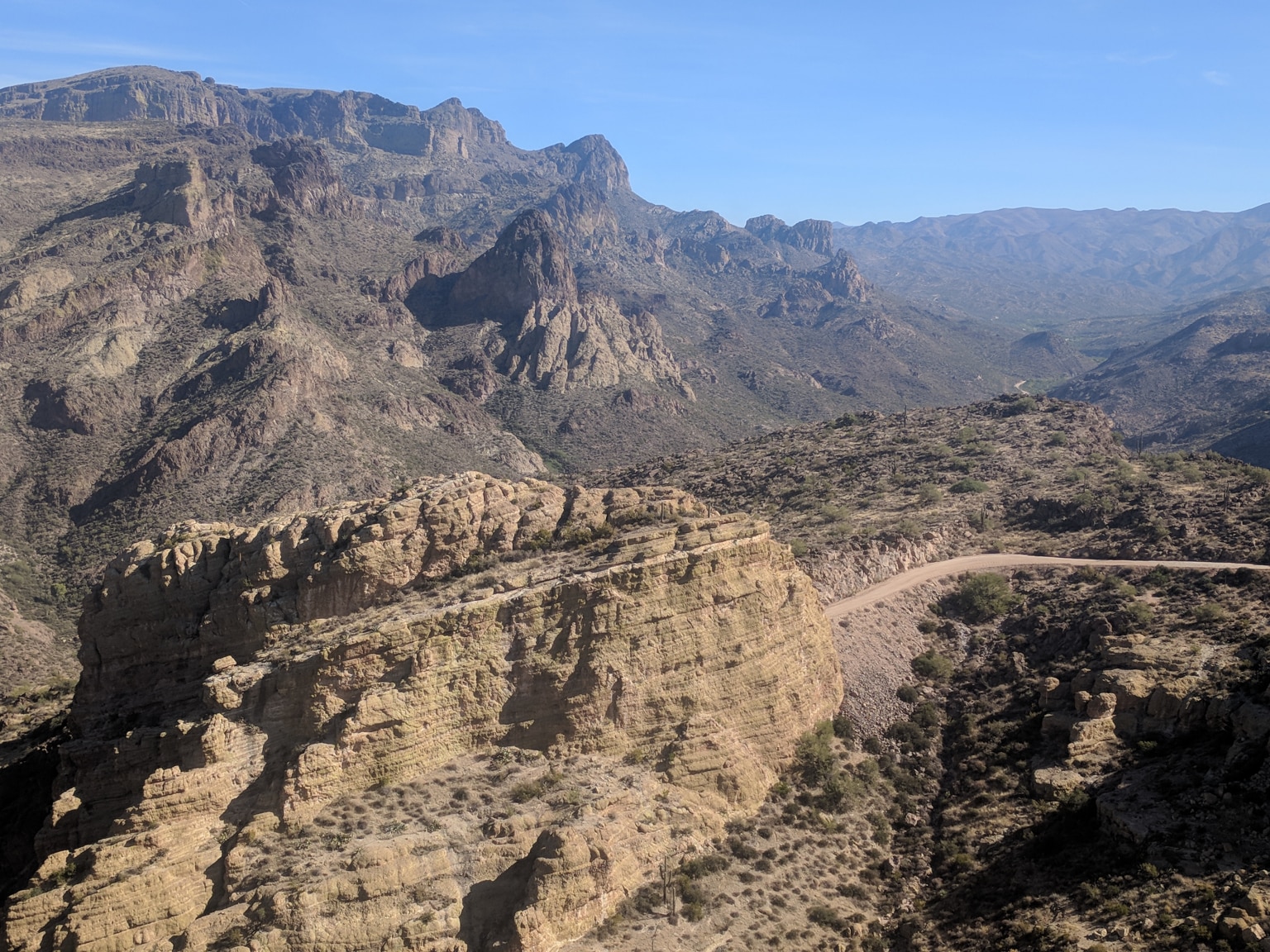 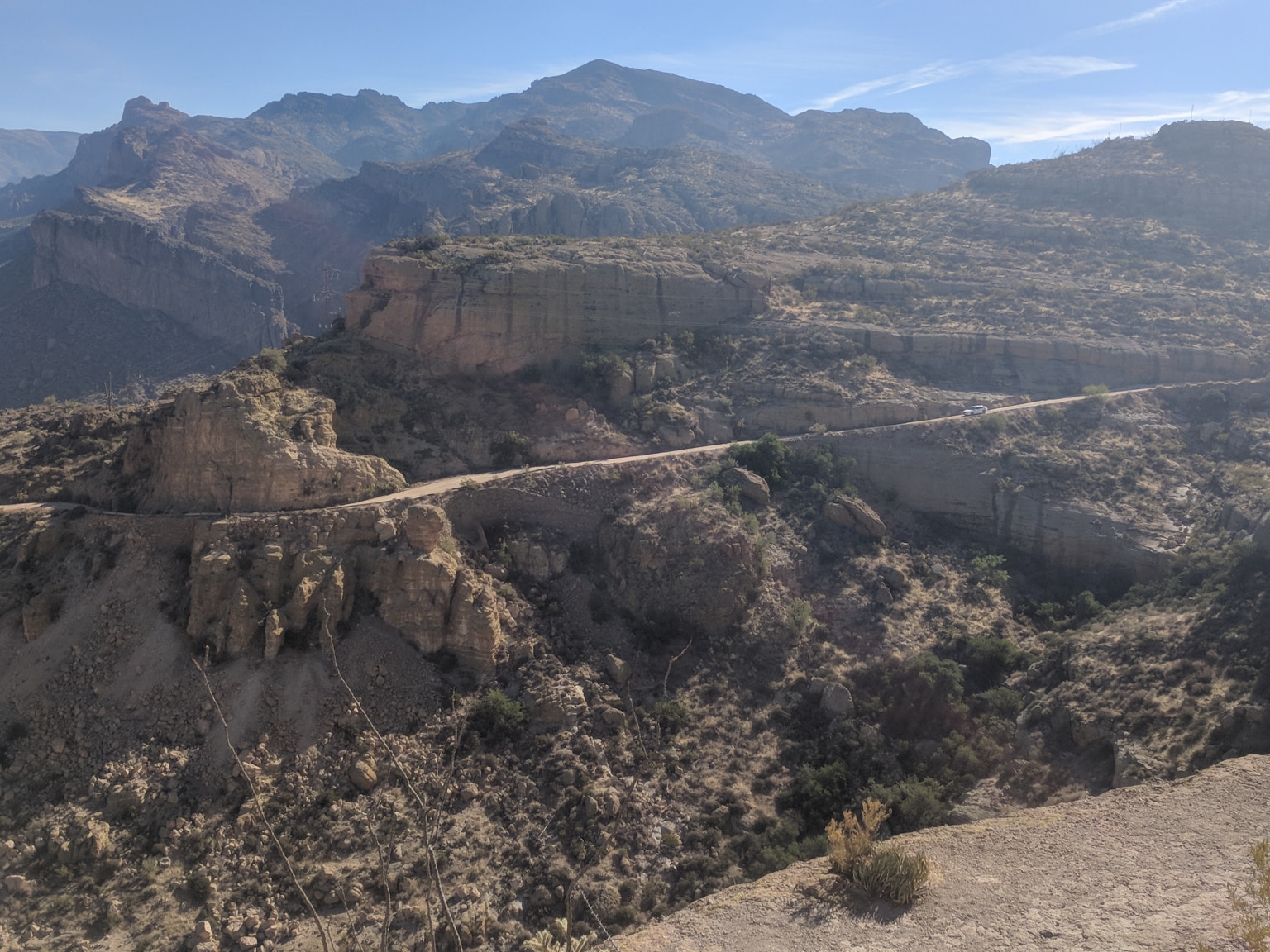 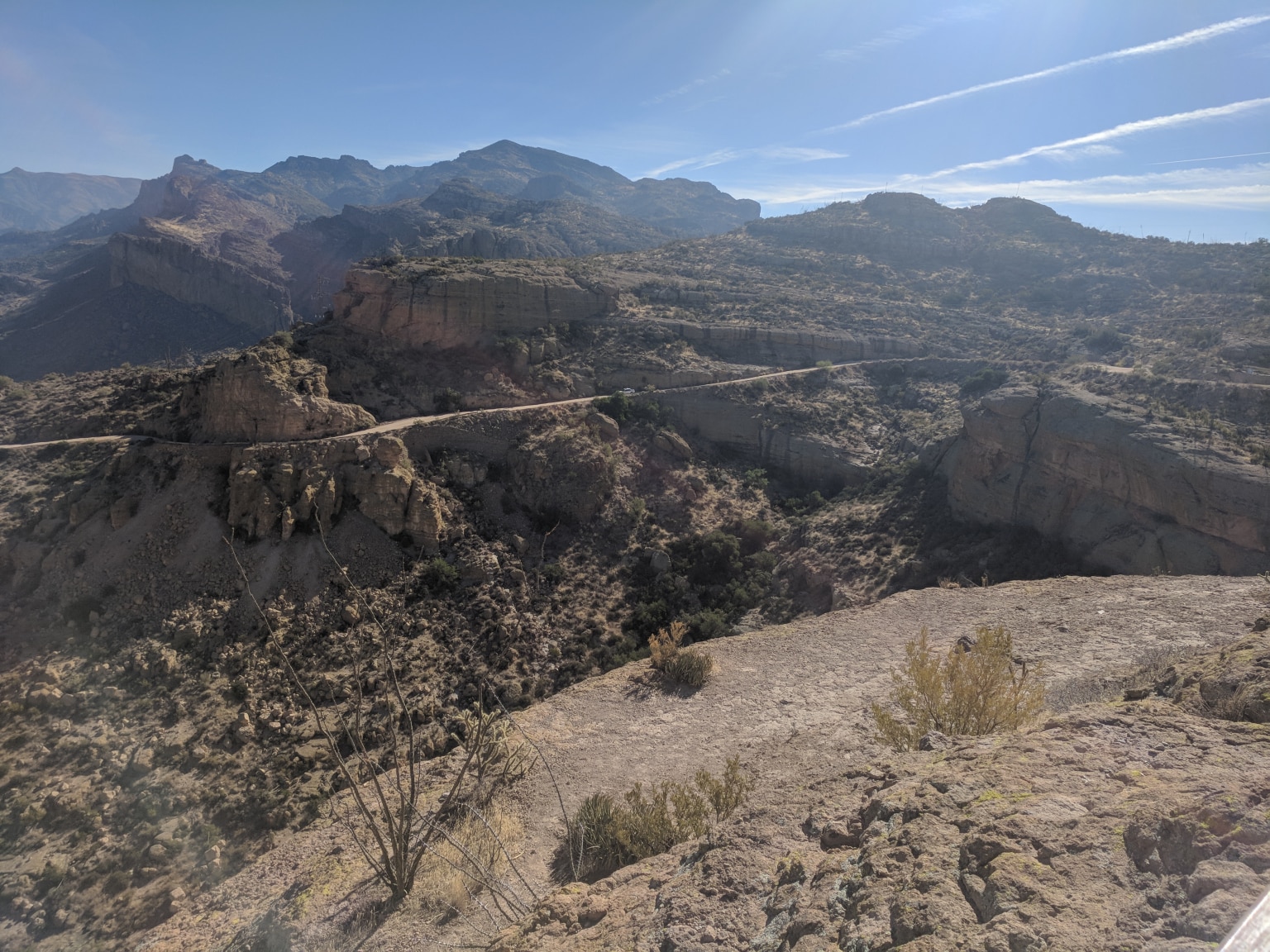 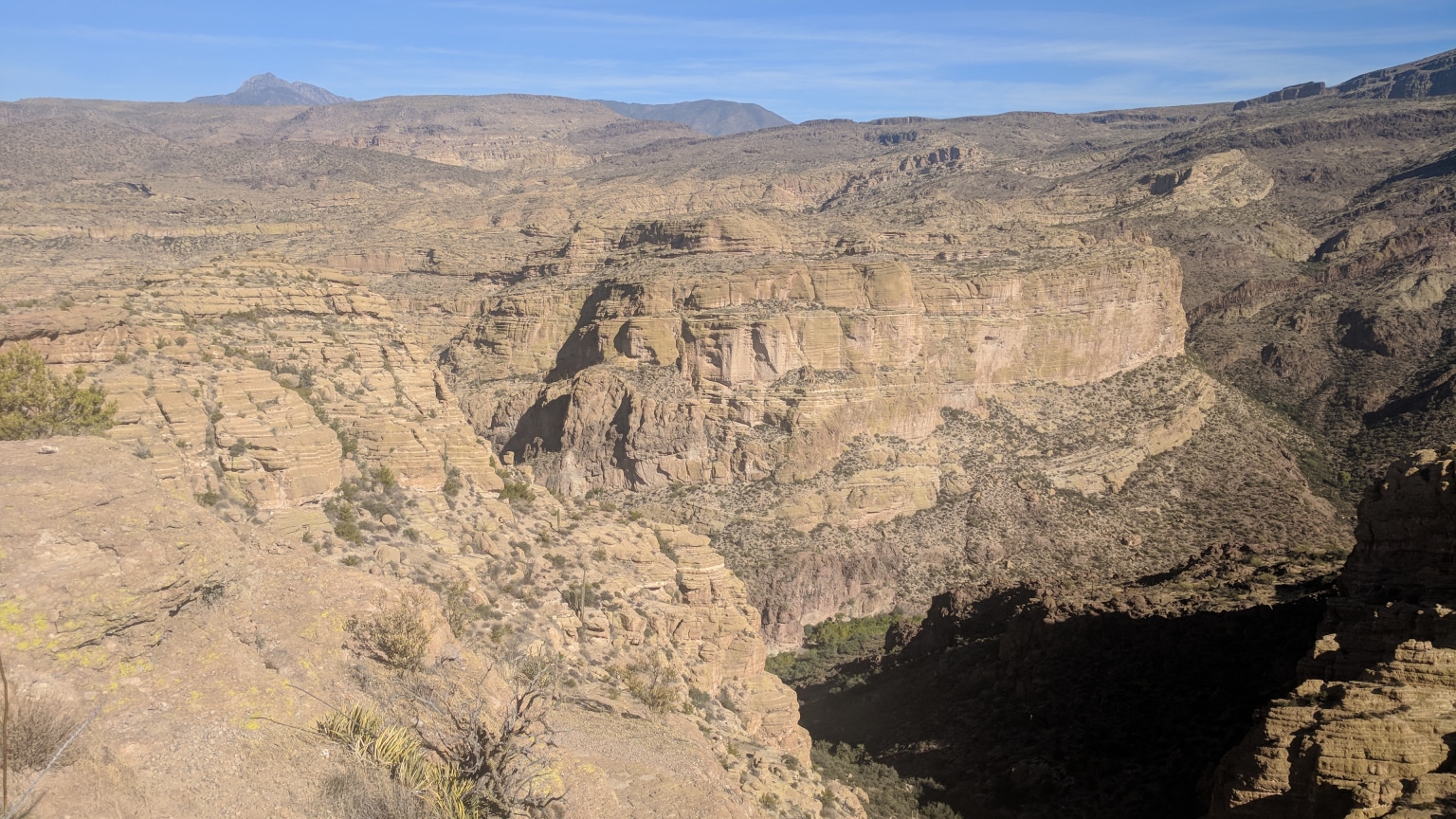 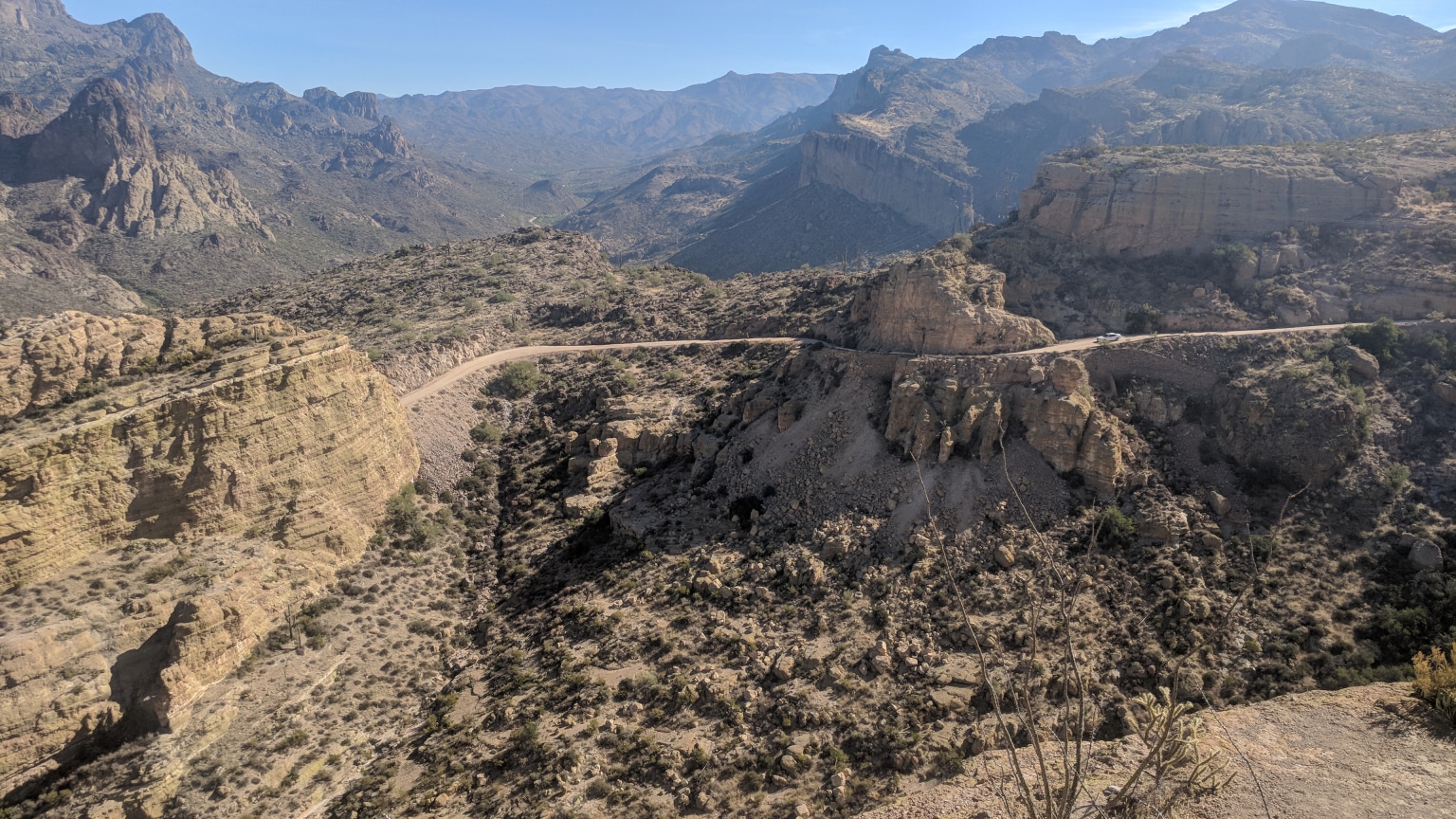 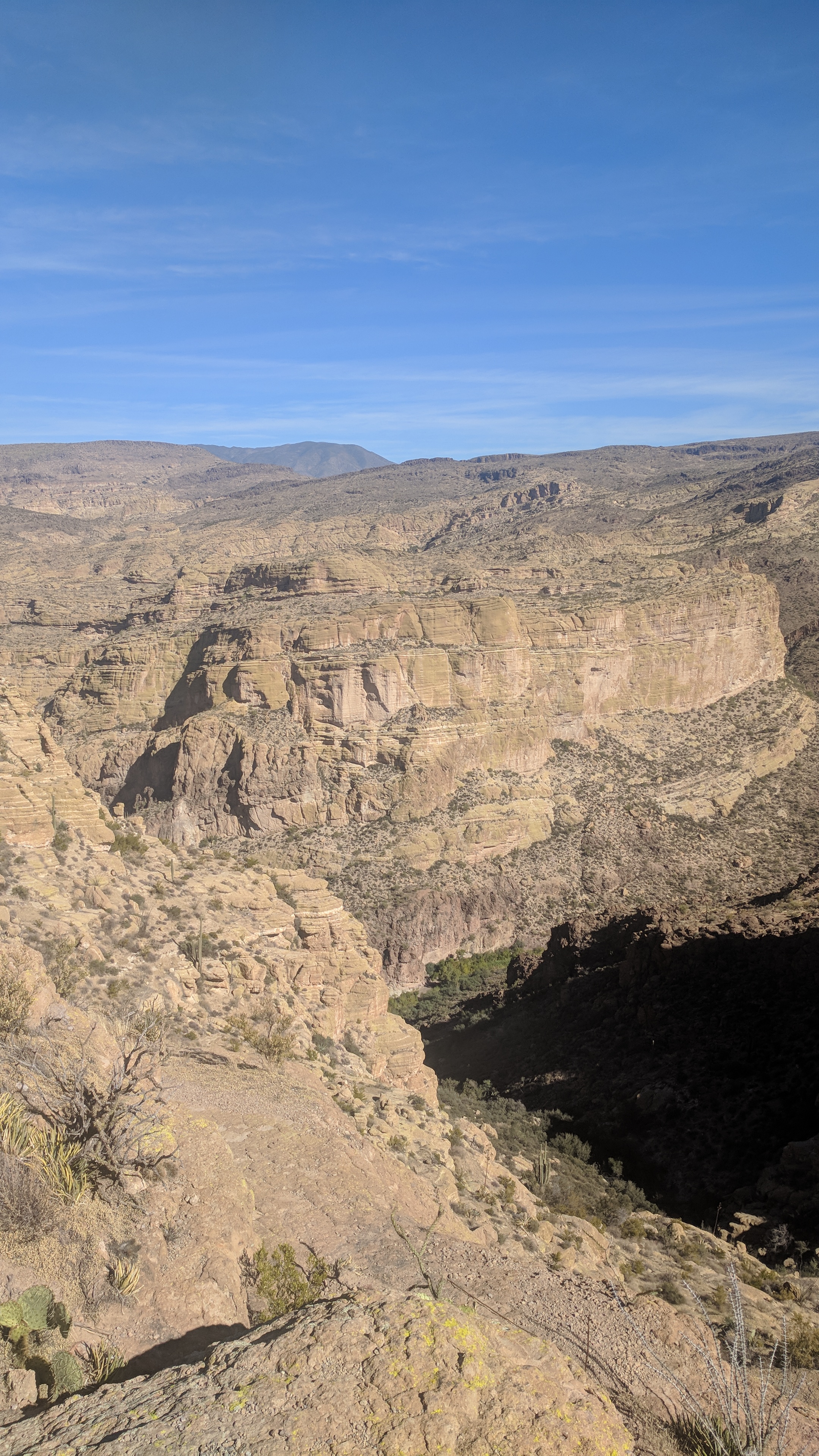 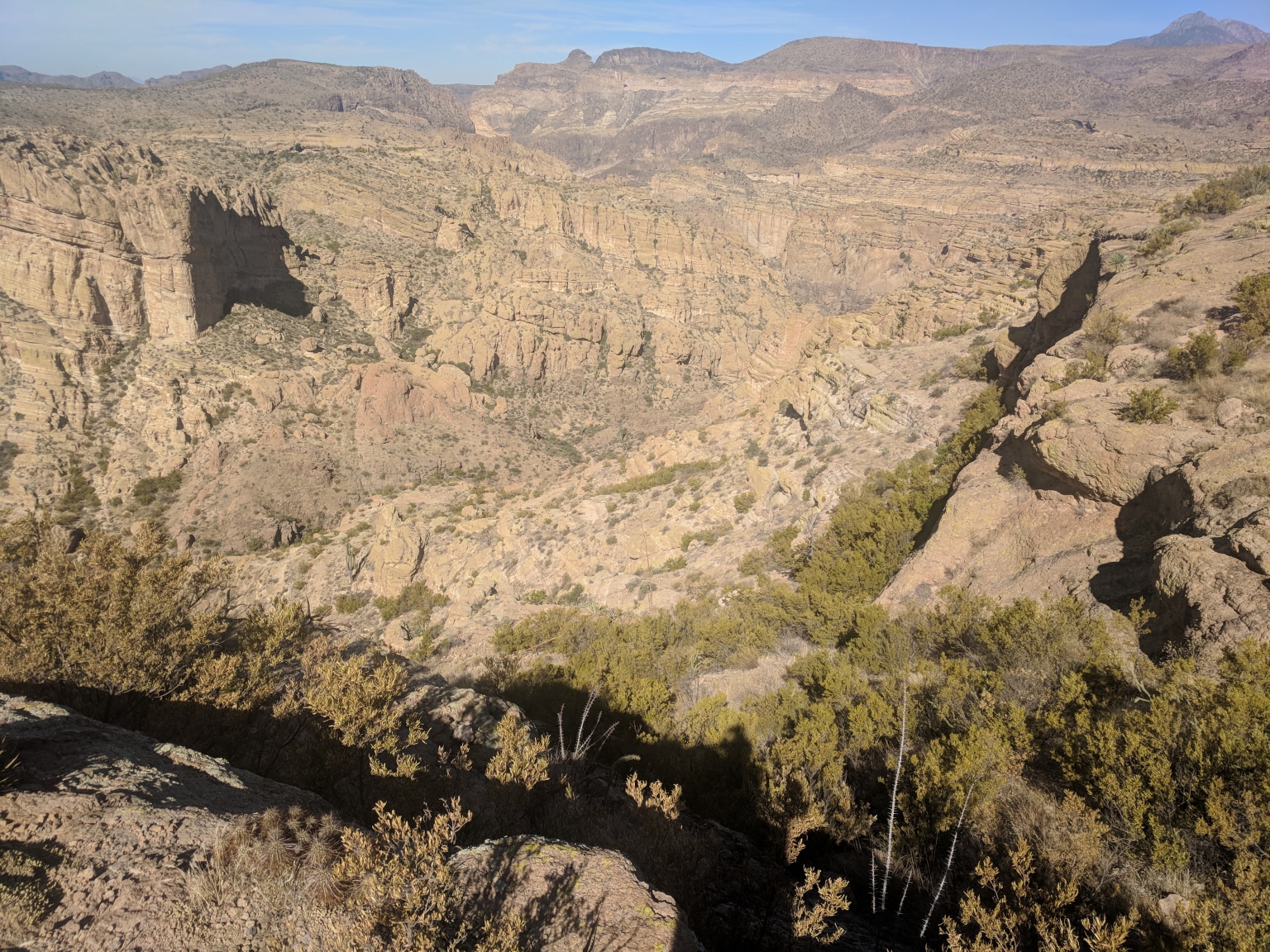 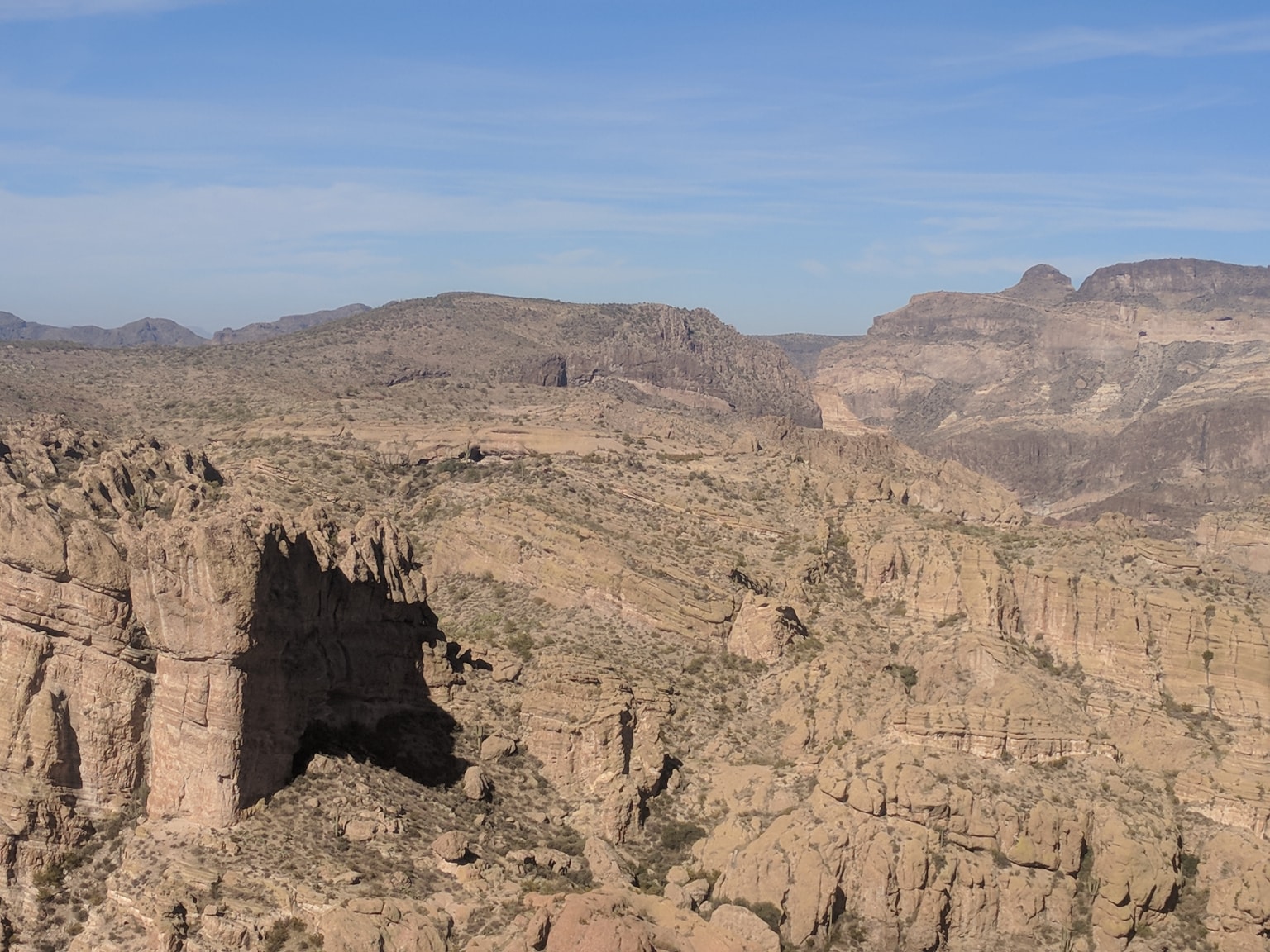 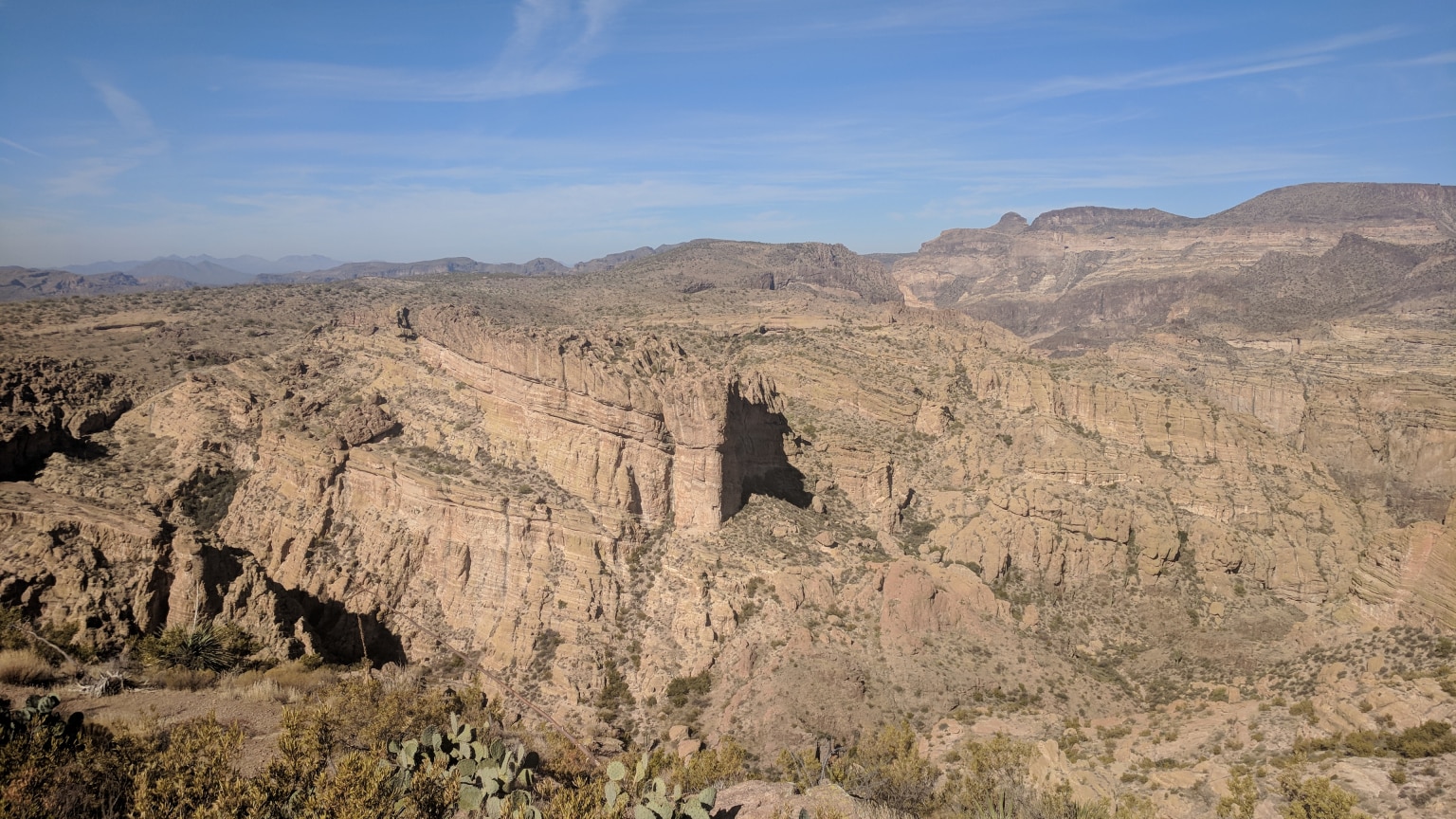