Saying goodbye to Utah- At least for now

Saying goodbye to Utah- At least for now

We enjoyed our few days in Ashley National Forest but time is flying by and there are lots more places we want to see before winter comes. We packed up and headed toward Wyoming as our next stop.

We spent some time at Red Canyon Overlook before leaving Utah. It has incredible views of Flaming Gorge and we had missed it our first time through.

We stopped for lunch in Manila, Utah at Flaming Gorge Restaurant. Francis opted for the Utah burger which was a burger topped with pastrami and I had a huge bean burrito. Francis enjoyed his so much, I promised to buy pastrami for the next time we grill hamburgers.

As usual, we opted for the scenic roads instead of the faster highways. This time we had a chance to see the wild horses on the road near Rock Springs, Wyoming.

As often happens when we don’t have a specific plan, looking for a place to spend the night lead to an adventure. We were following a road in the Bridger-Teton National Forest when we came to a section that had clearly not been used in a very long time. It felt like we were in a jungle as we drove through bushes and tree limbs with the jeep getting scratched up the whole time. After what seemed like forever, we got through that section and were able to connect with a better road. Finally, as it was beginning to get dark, we found a spot by the Hoback River to spend the night. It was a little closer to the highway than we usually like but it was a pretty spot. 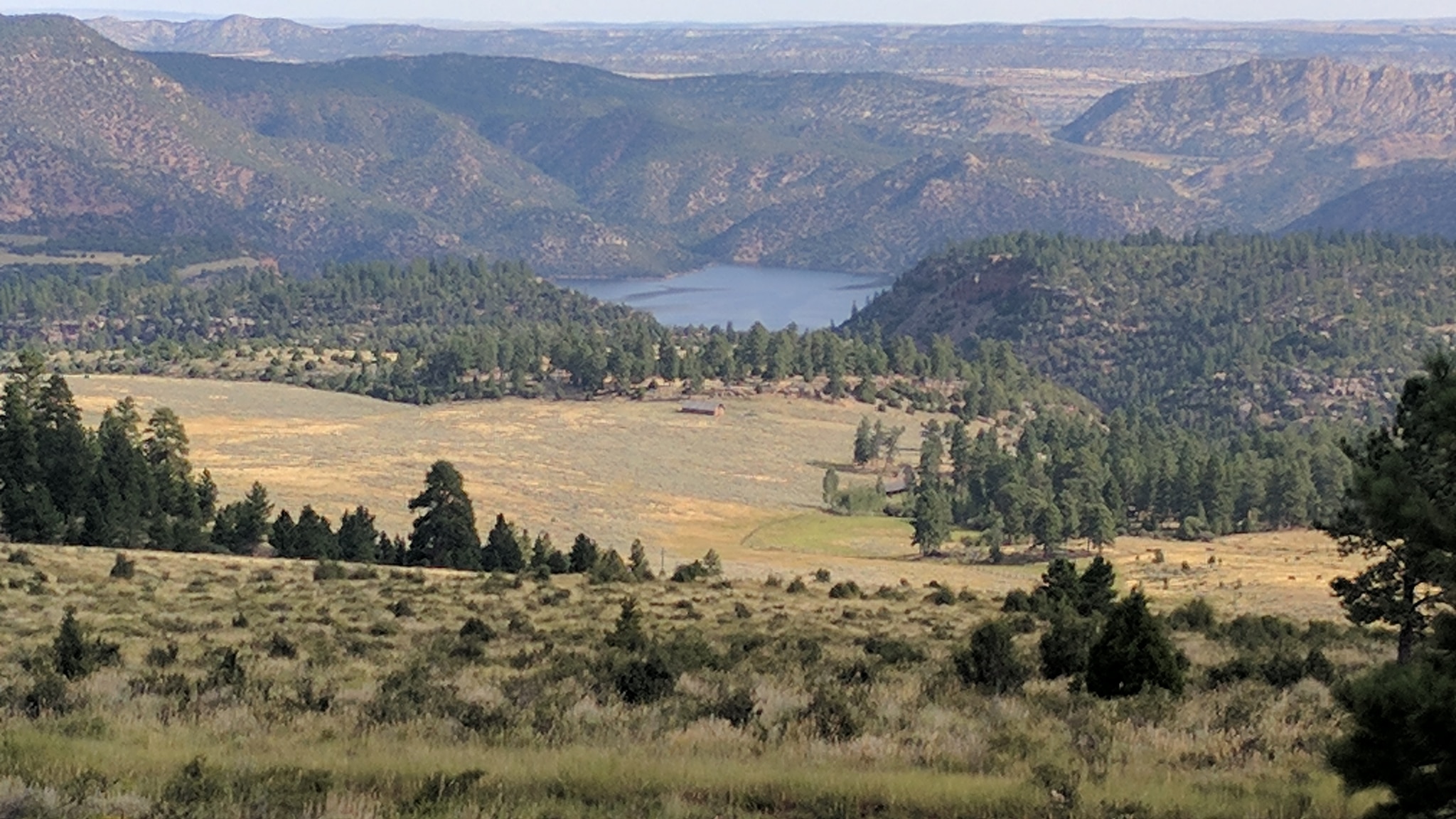 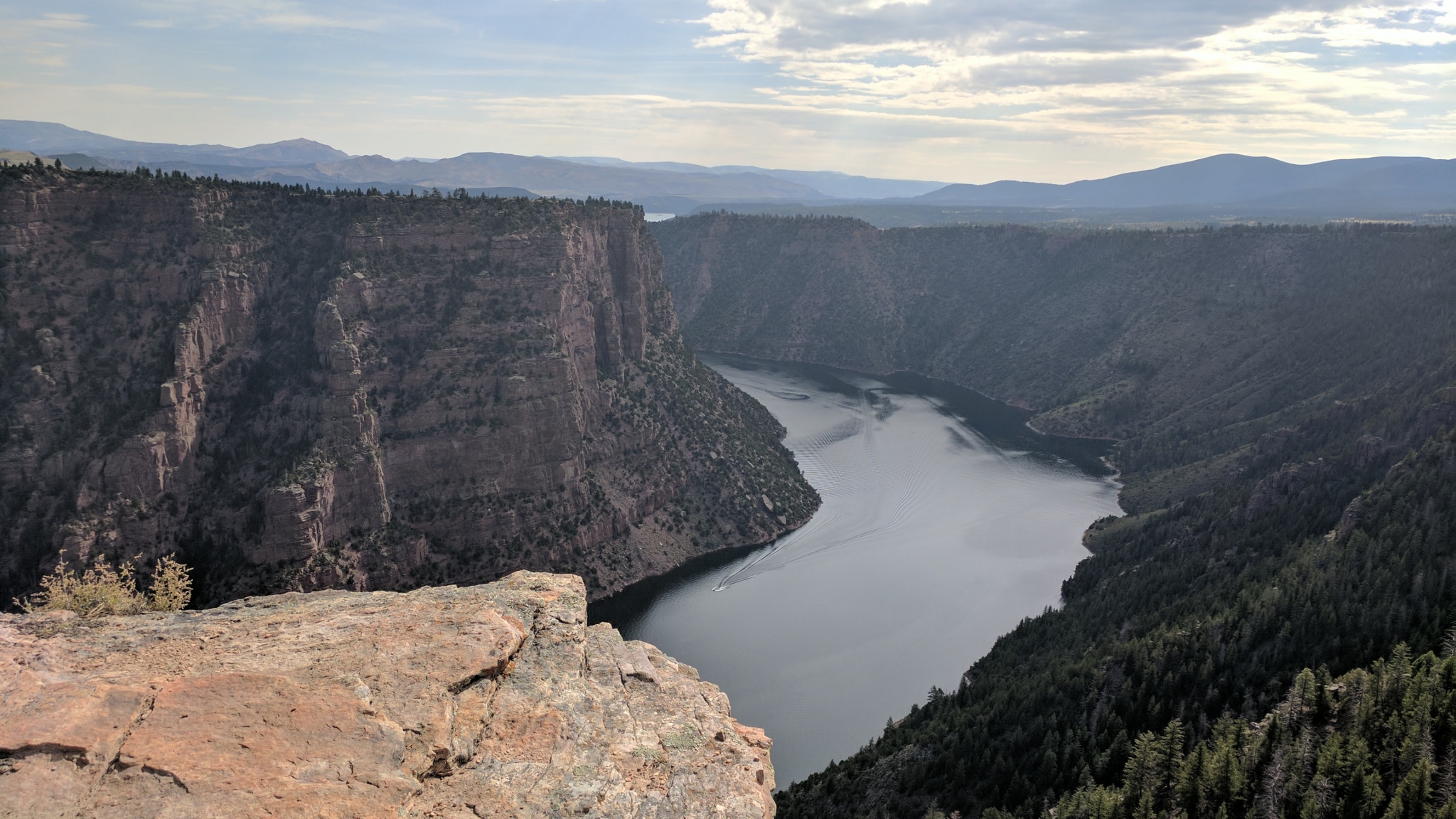 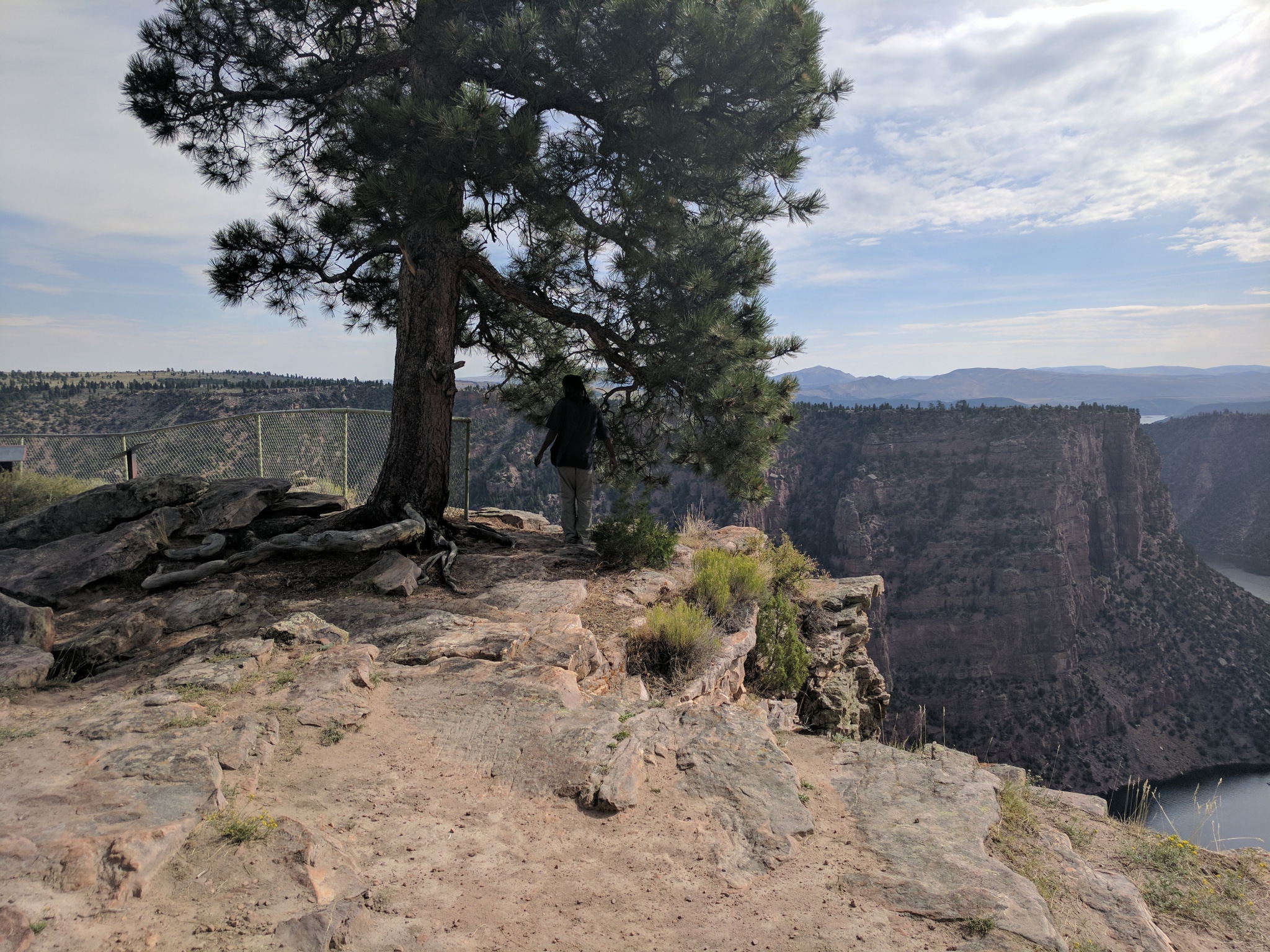 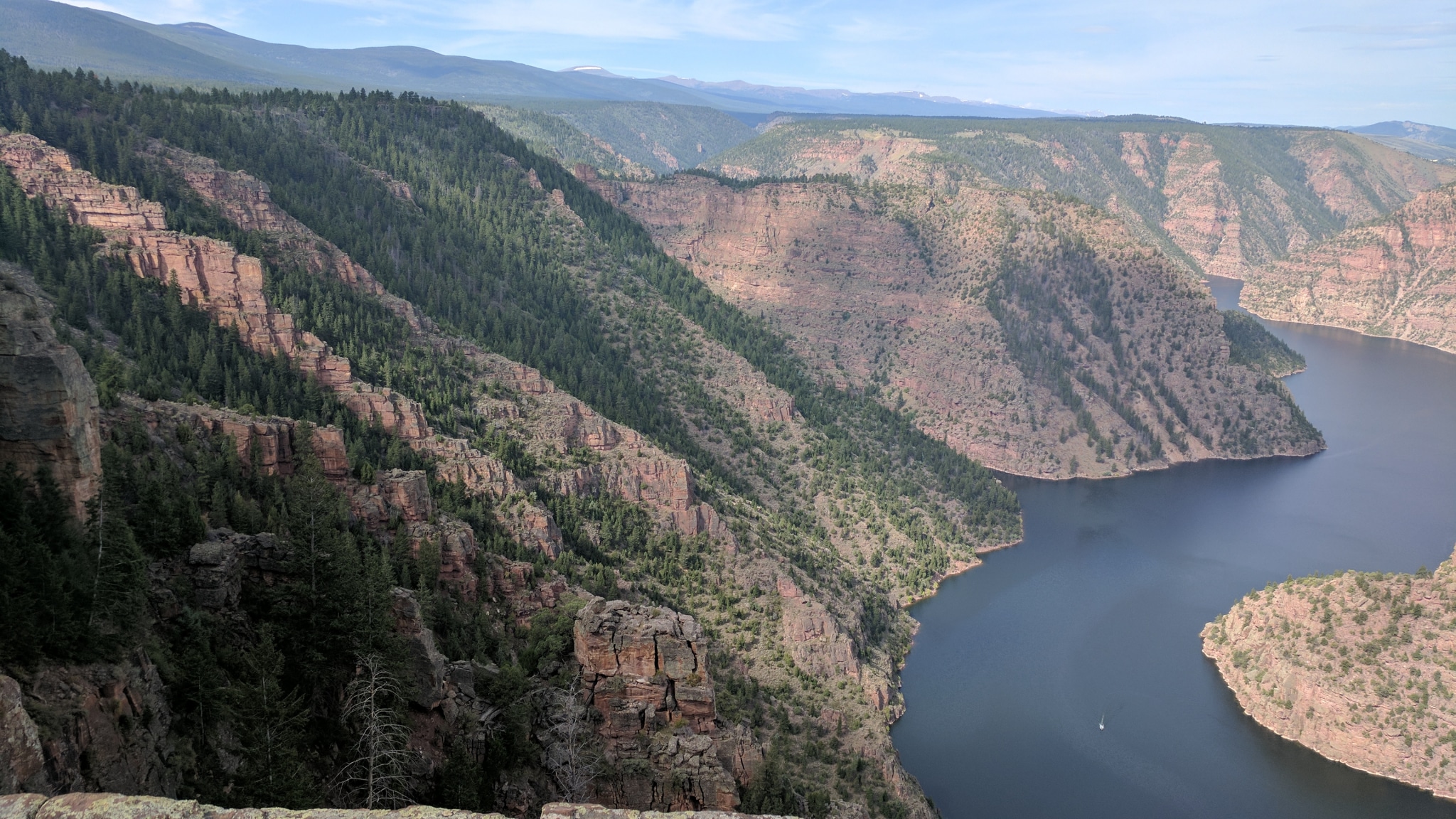 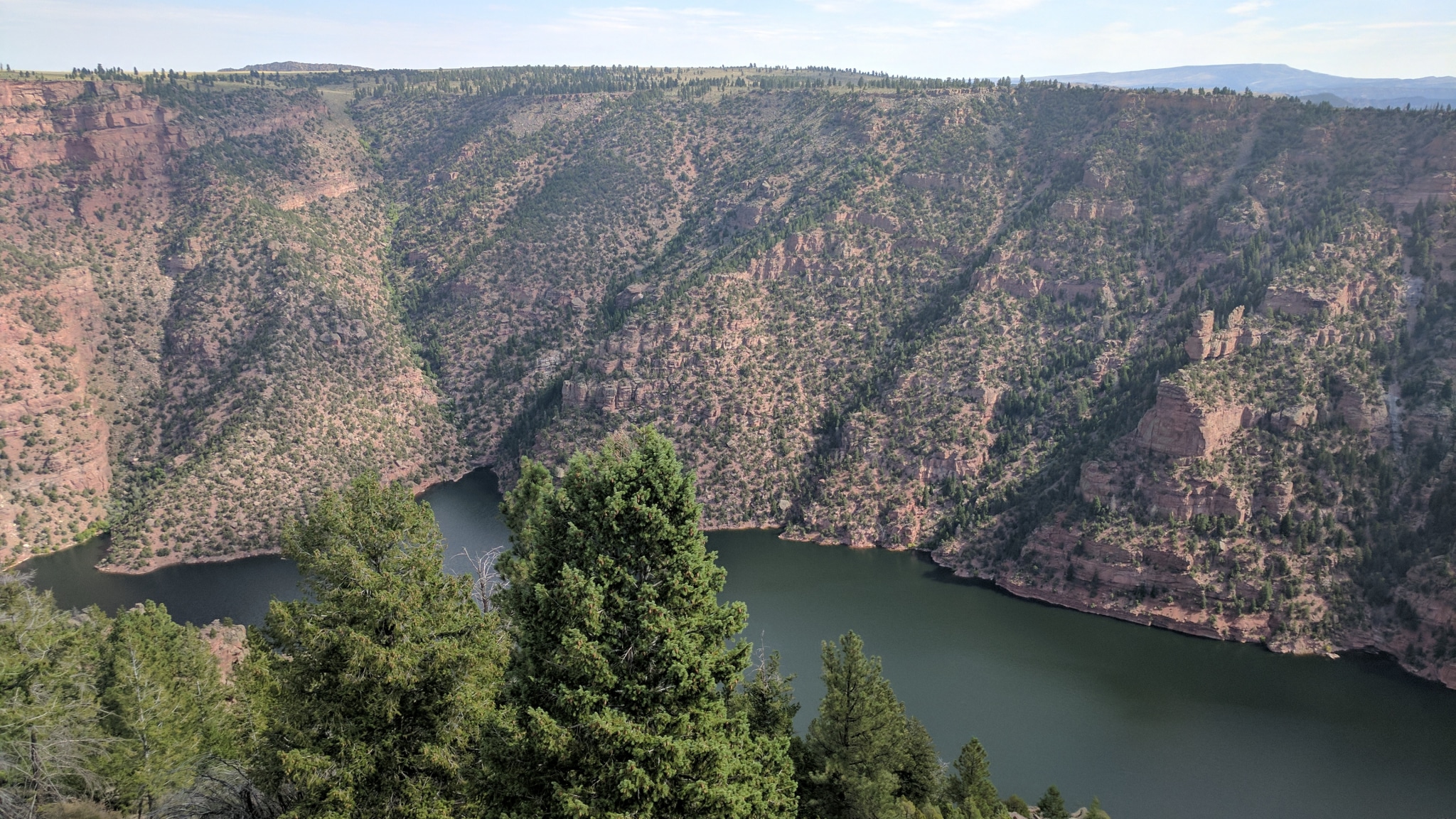 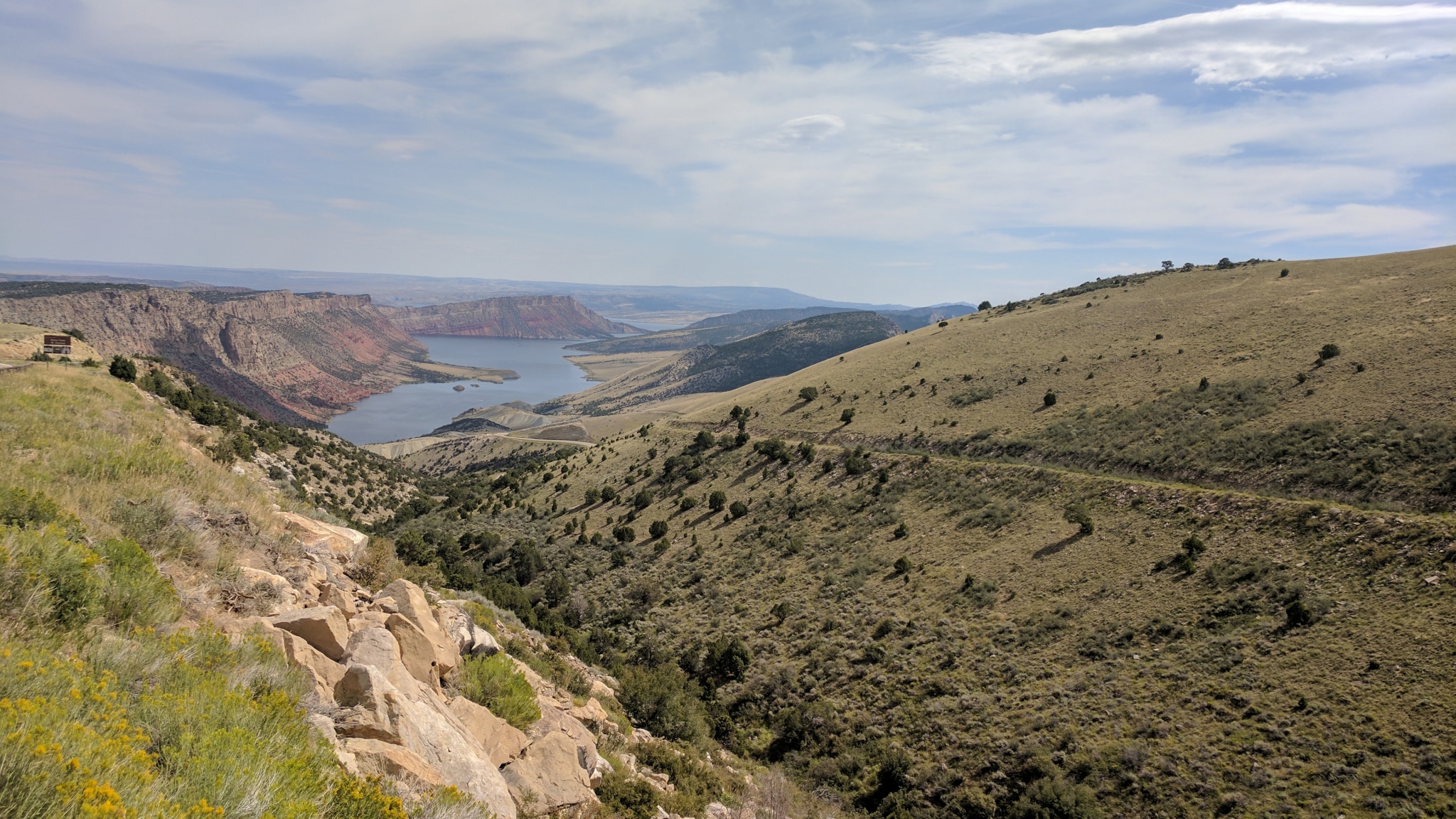 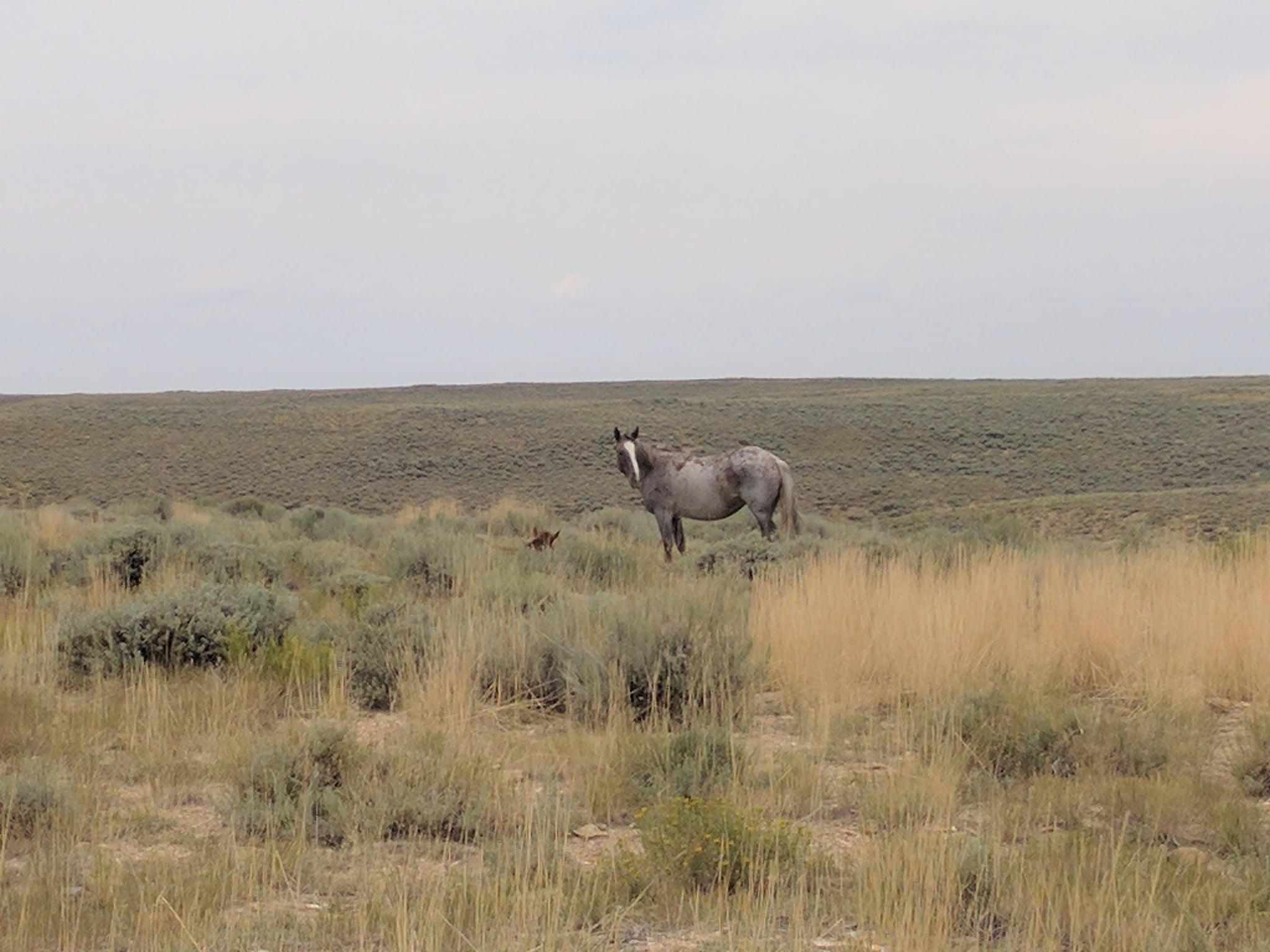 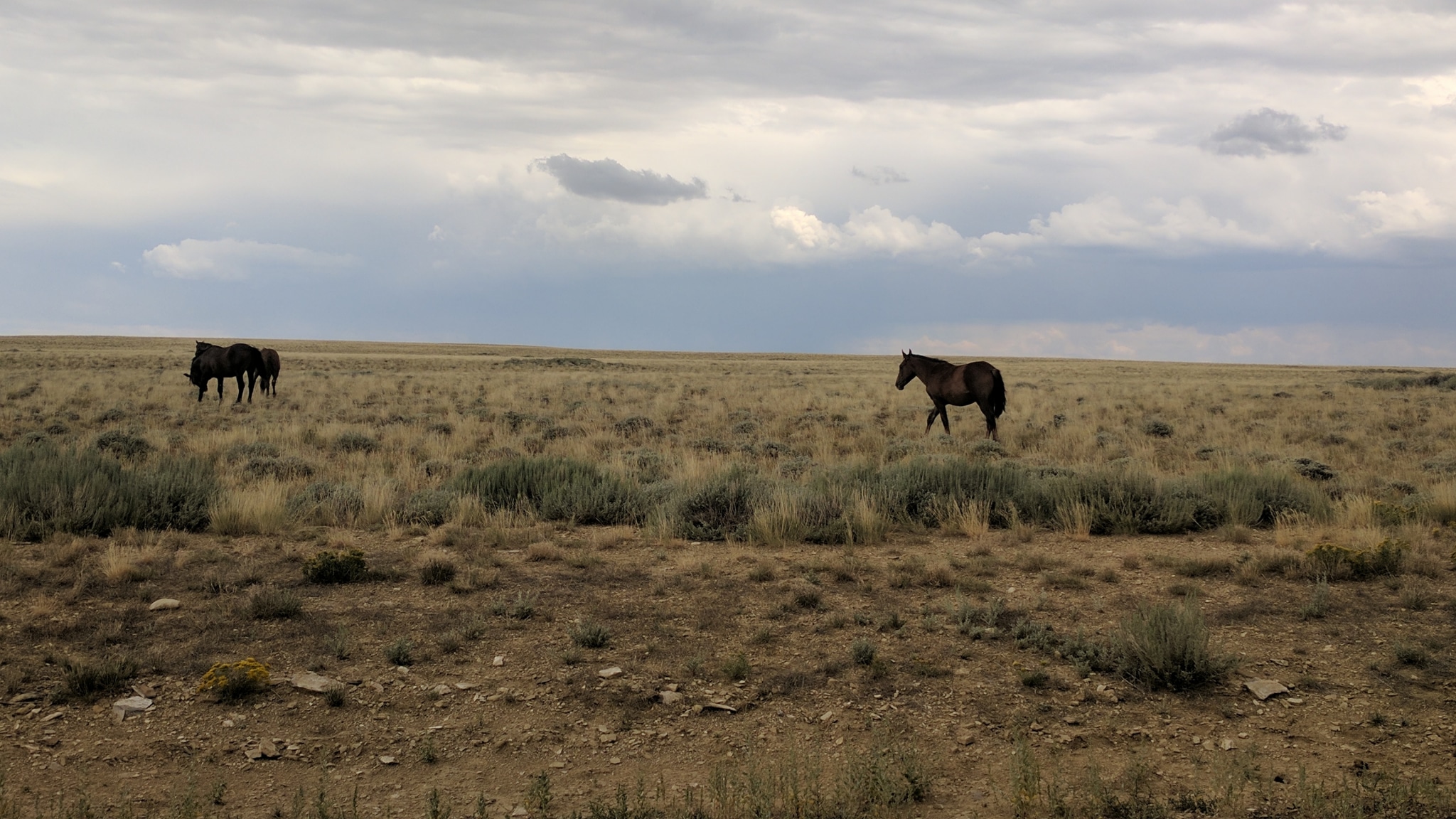 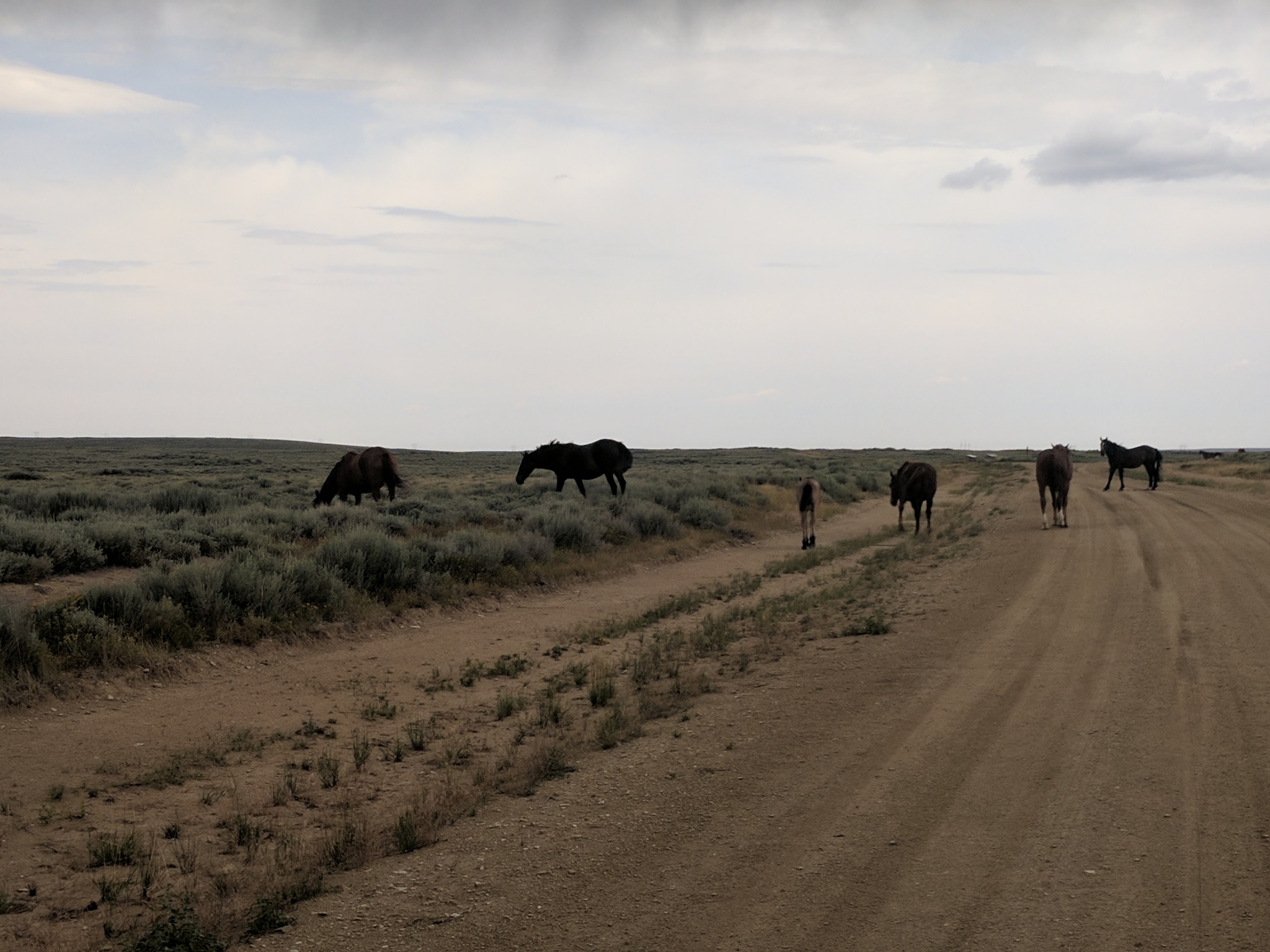 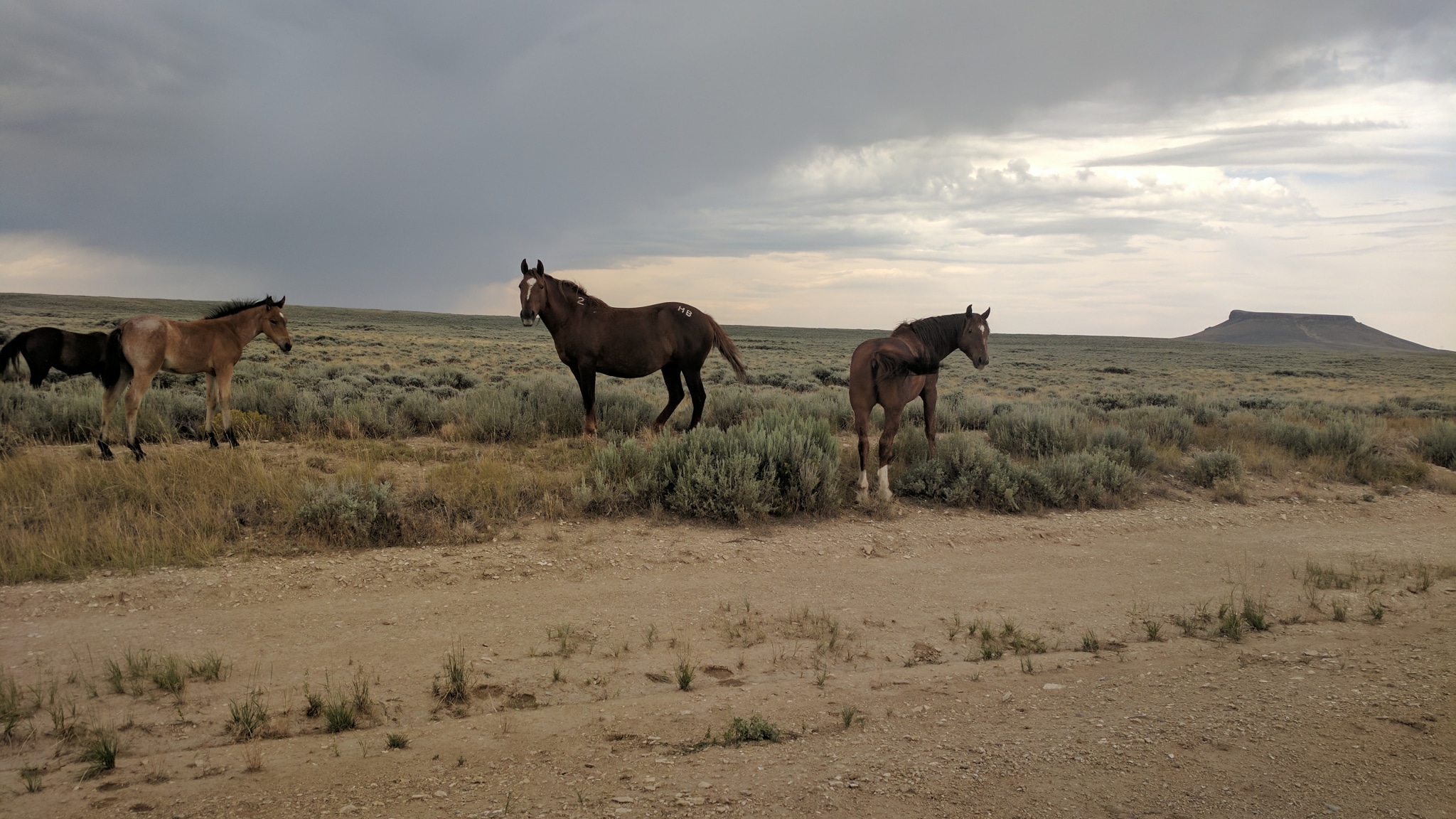 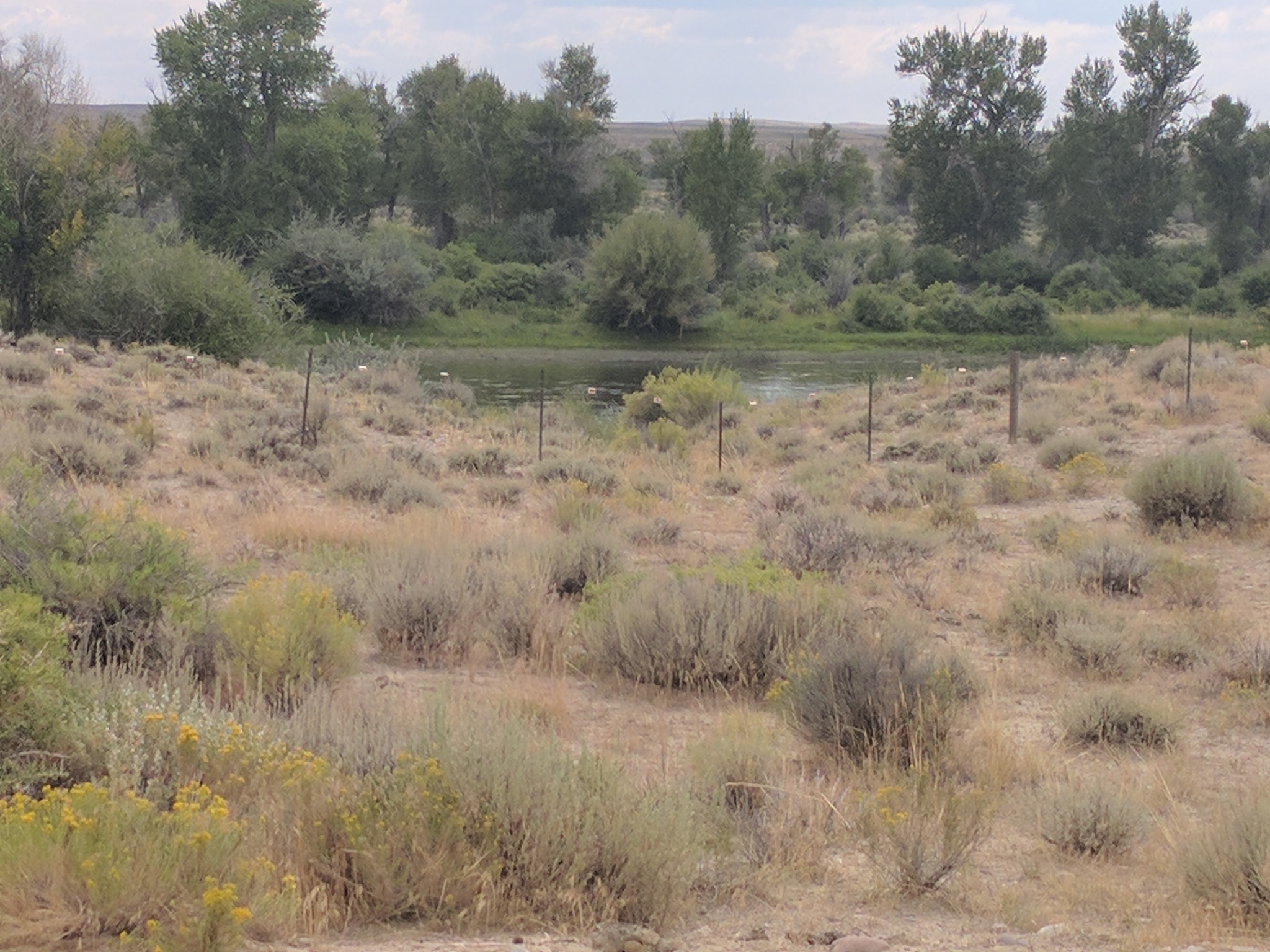