As lovely as Maine was, we were ready to head west. We settled on a route that would take us to South Dakota while bypassing major cities for the most part. We left the Ramada and started the long drive. Thank goodness for audio books. They do help pass the time. Right now we are listening to Beneath a Scarlet Sky by Mark Sullivan. It is the story of a young man in Italy during World War II and the heroic things he did as part of the resistance. It is inspired by true events and really captures the emotion of the characters.

We drove through Maine, Massachusetts, New York, and Pennsylvania enjoying the scenery and our book with just occasional stops for gas. Ready to stop for the night, the only free spots we found were store parking lots which are not our favorite places to stay. We saw a sign for Promised Land State Park and decided to check it out. The campground was nice enough but at $30 a night we decided one of the nearby little motels might be worth checking out. We happened upon High Country Cottages & Motel. The very friendly desk clerk showed us the motel rooms and the cabins. They were both very nice but we settled on the room as the cabin was a bit larger than we needed. The room was very spacious, with a separate living/dining area and bedroom area. The bathroom was very large by motel standards. Add in a full-size fridge and microwave and we were feeling pretty fancy.

After the long drive, it was nice to relax with some television and to know we would be sleeping in a real bed. 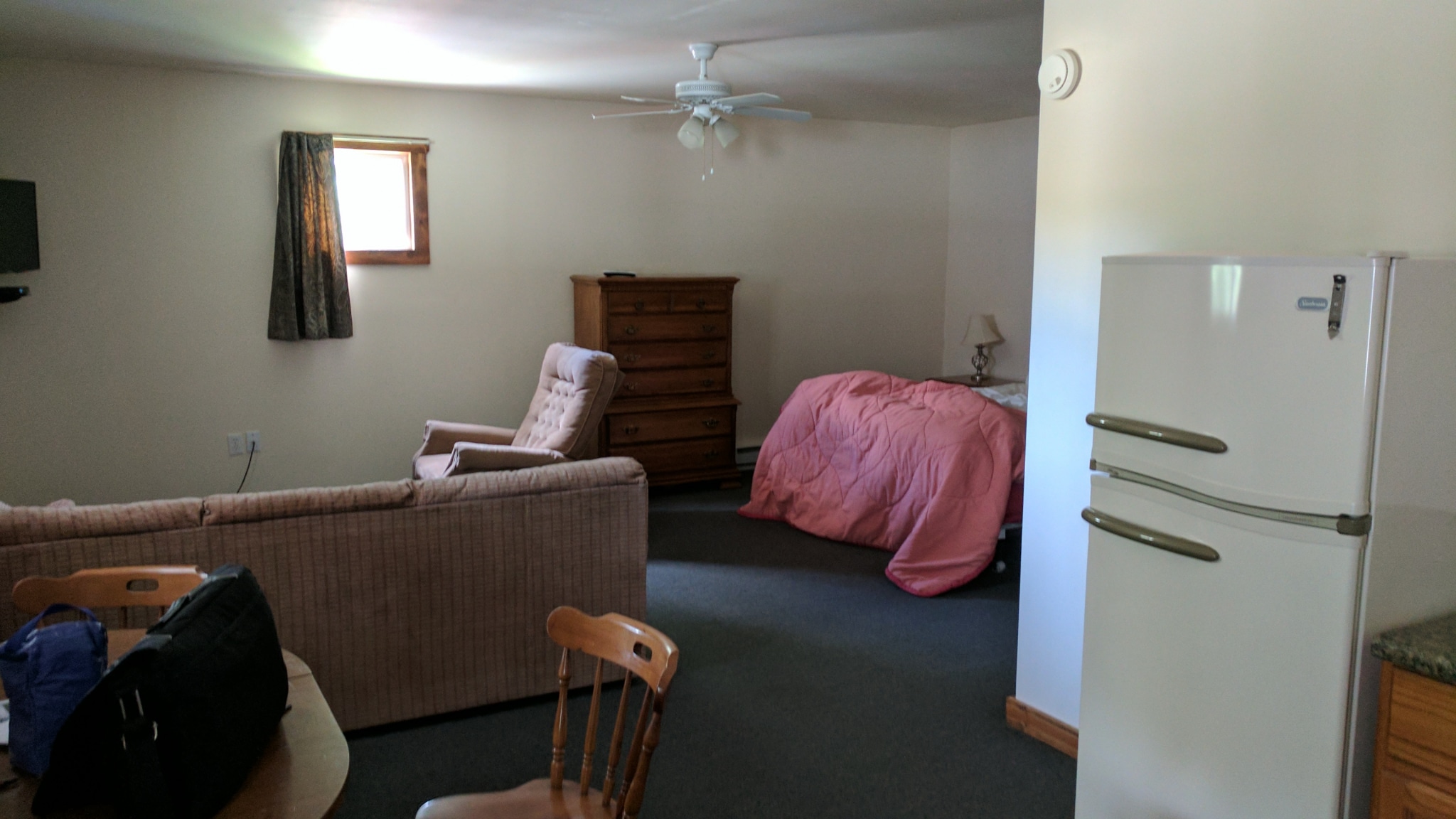 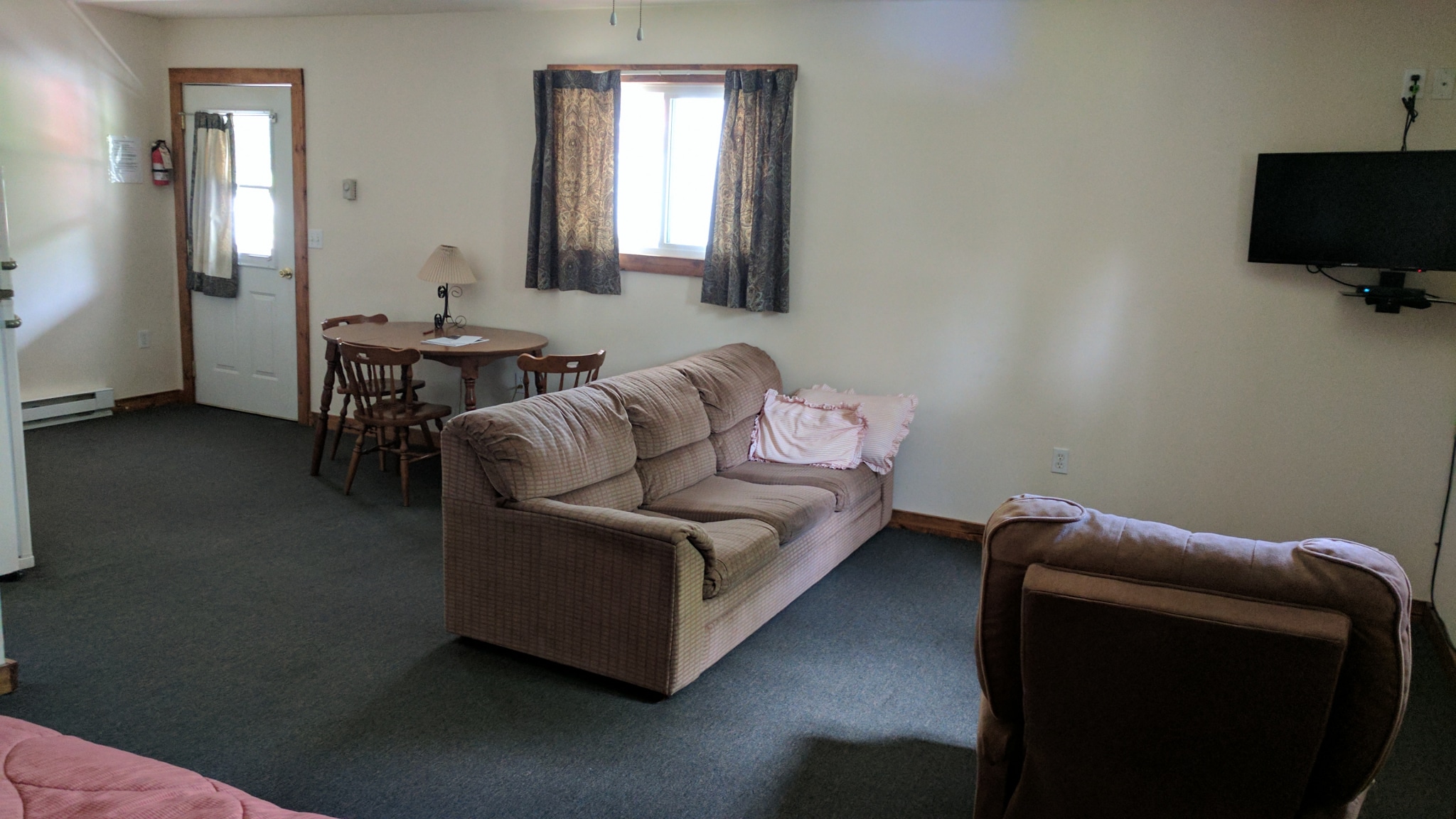 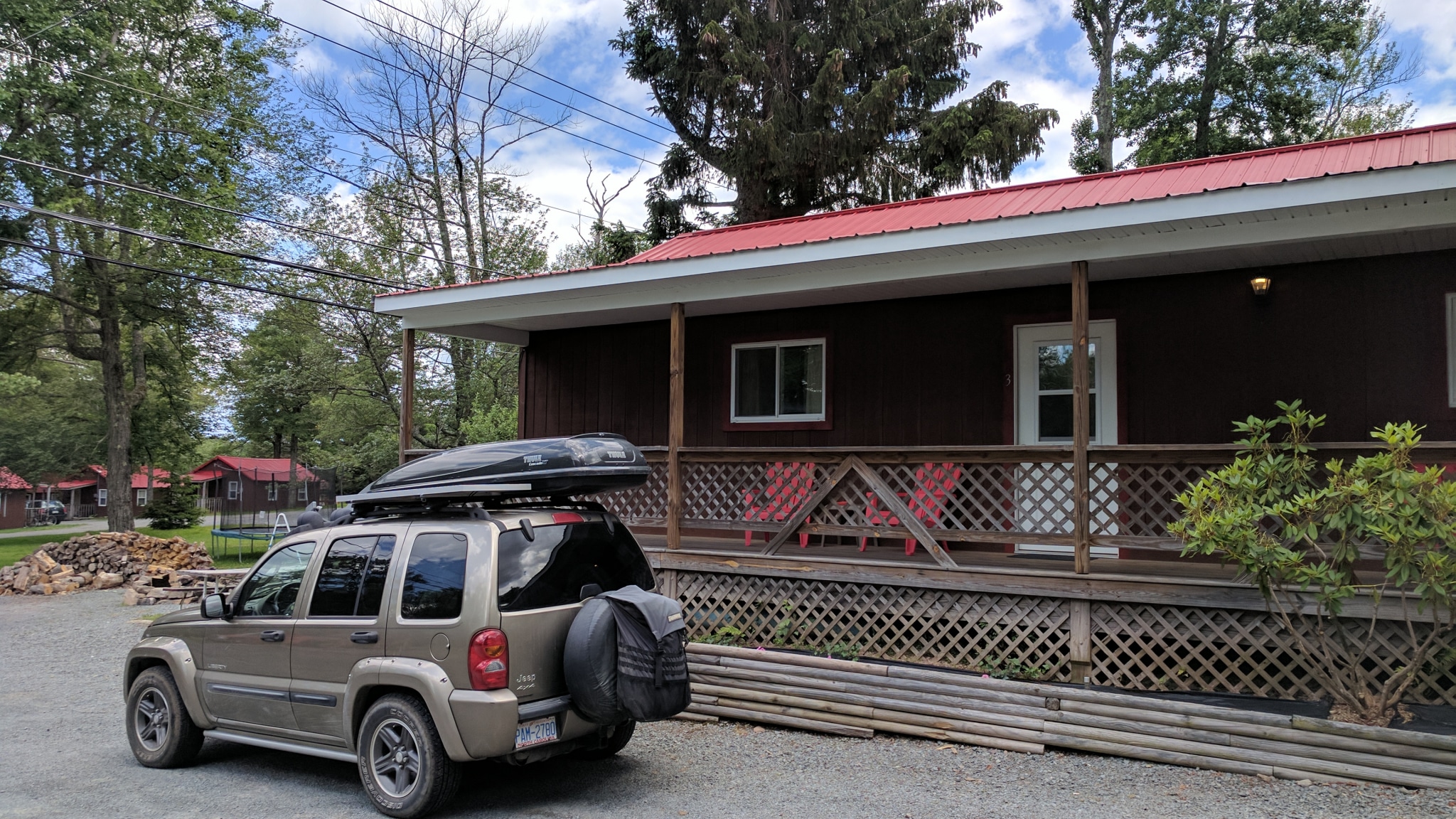