After a lovely weekend in New Hampshire that included a visit to the small town of Bethlehem on Saturday, we were finally on our way to Maine. If you are ever in Bethlehem, New Hampshire, be sure to check out Maia Papaya. The service and coffee were excellent as was the pesto/veggie panini we split for lunch.

We planned to head toward Baxter State Park first then to the coast and Acadia National Park later in the week.

We drove through the beautiful Moosehead Lake area and started searching for a campsite in nearby Nahmakanta Public Reserved Land. We passed by quite a few sites and even considered one or two but we wanted more of a lake view so we kept looking. An unmarked road brought us to a wilderness camp that looked really nice. Cozy cabins with Adirondack chairs placed for maximum lake viewing were very appealing. If we had had the $100 in cash required for the only vacant cabin, I think we would have spent the night right there. Instead, we got some directions to some free sites nearby. Unfortunately, they were taken, so we kept looking.

We finally ended up back at a campsite we had seen hours before and decided to set up there. It was too hot to sleep in the car with the windows rolled up and the mosquitos made it impossible to have them down. We set up the small tent as fast as we could and got in quickly to avoid letting the mosquitos in. Not our favorite campsite ever, but we were exhausted and it was good to be settled for the night. Unfortunately, the fun was not over yet. We kept hearing a strange sound. I thought it sounded like rain and Francis thought it was mosquitos swarming outside the tent. The sound kept getting louder and then we noticed a sudden swelling under Francis’s sleeping bag. The sound was coming from the exact same spot. We thought maybe we had put the tent right on top of some kind of nest or insect mound. Turns out, after getting soaked in the rain in New Hampshire, his sleeping mat had gotten damaged and the sound and swelling were from that.  Crisis averted, we smoothed out his mat as best we could and settled down to sleep. 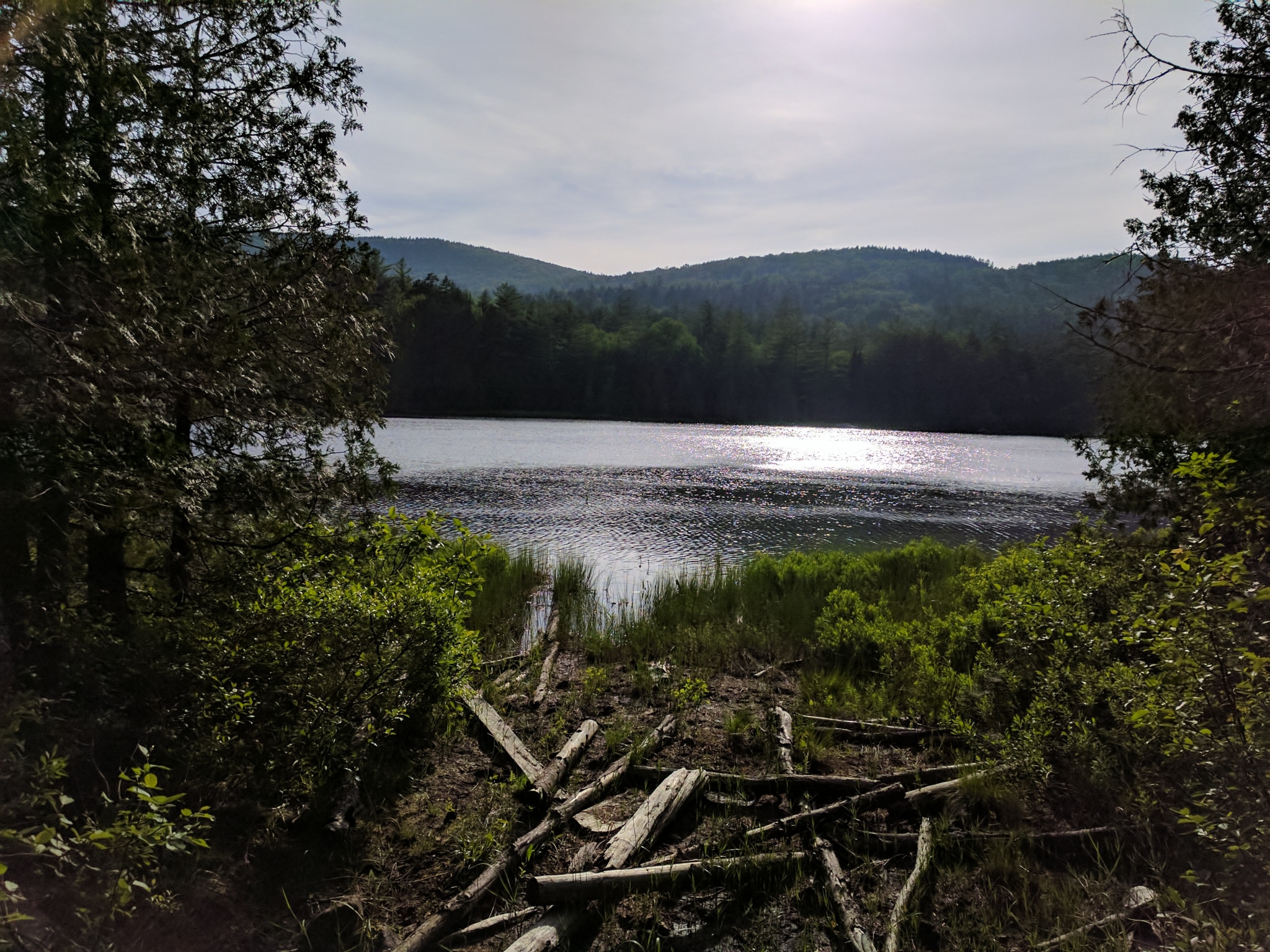 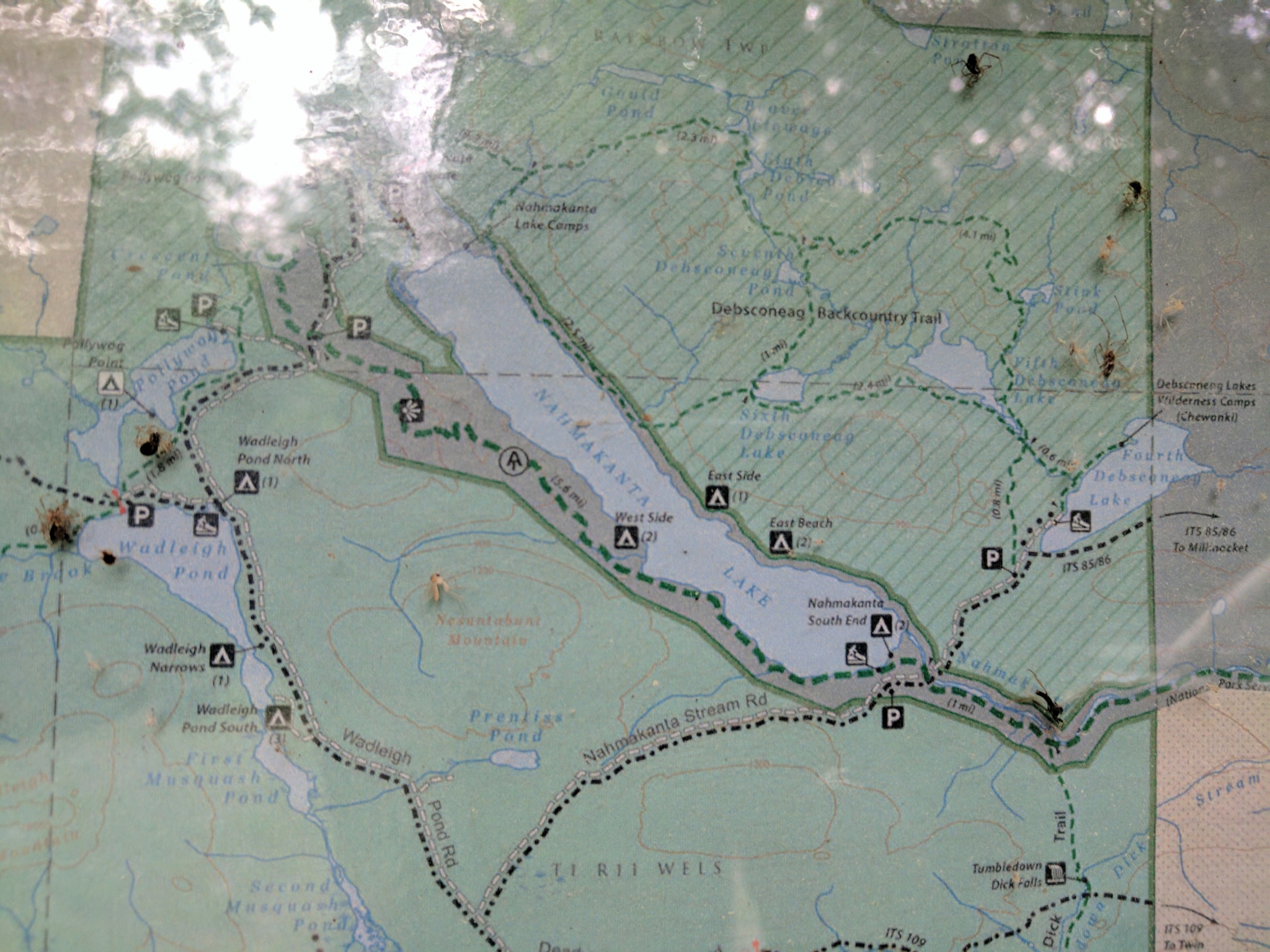 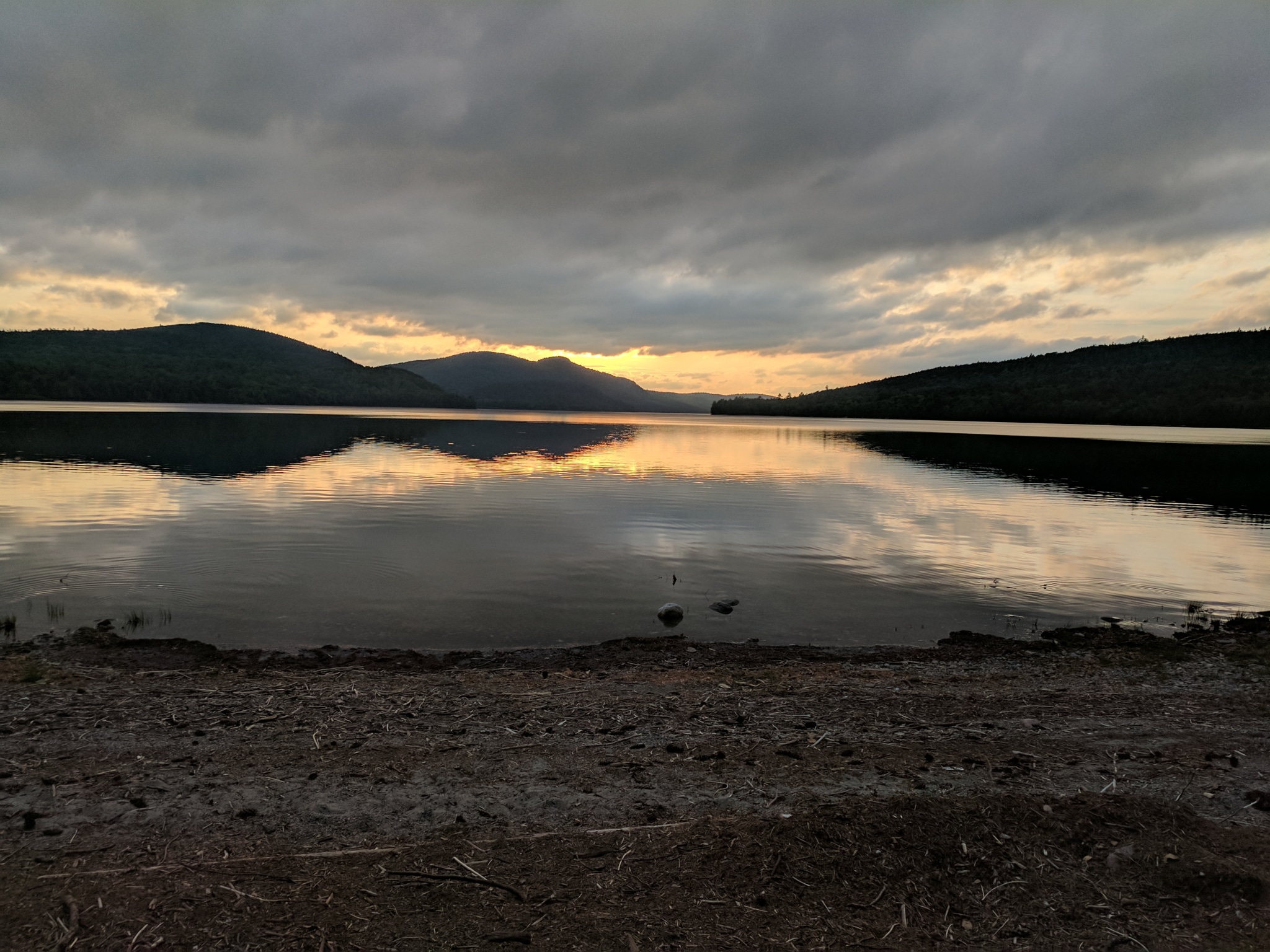 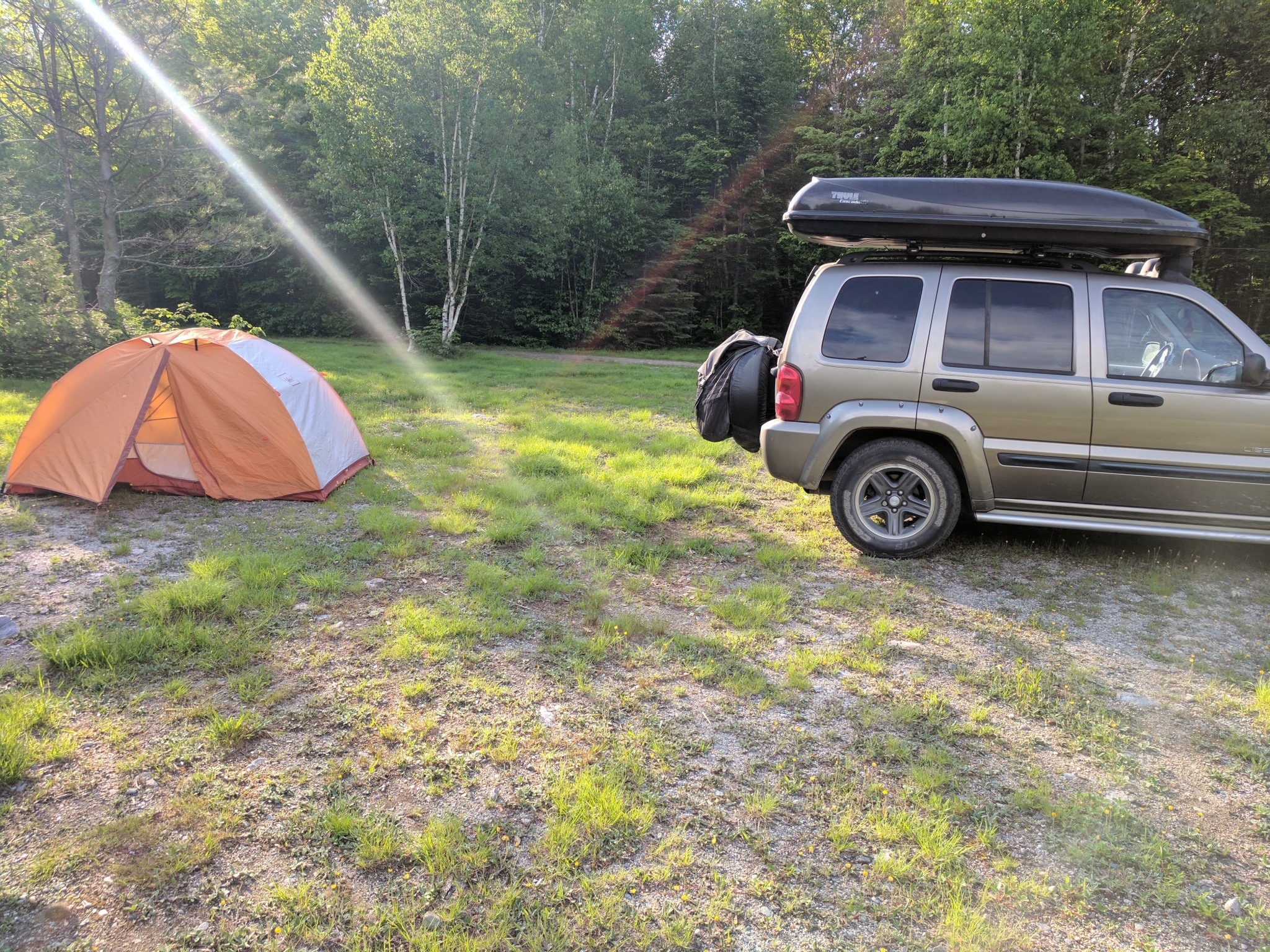 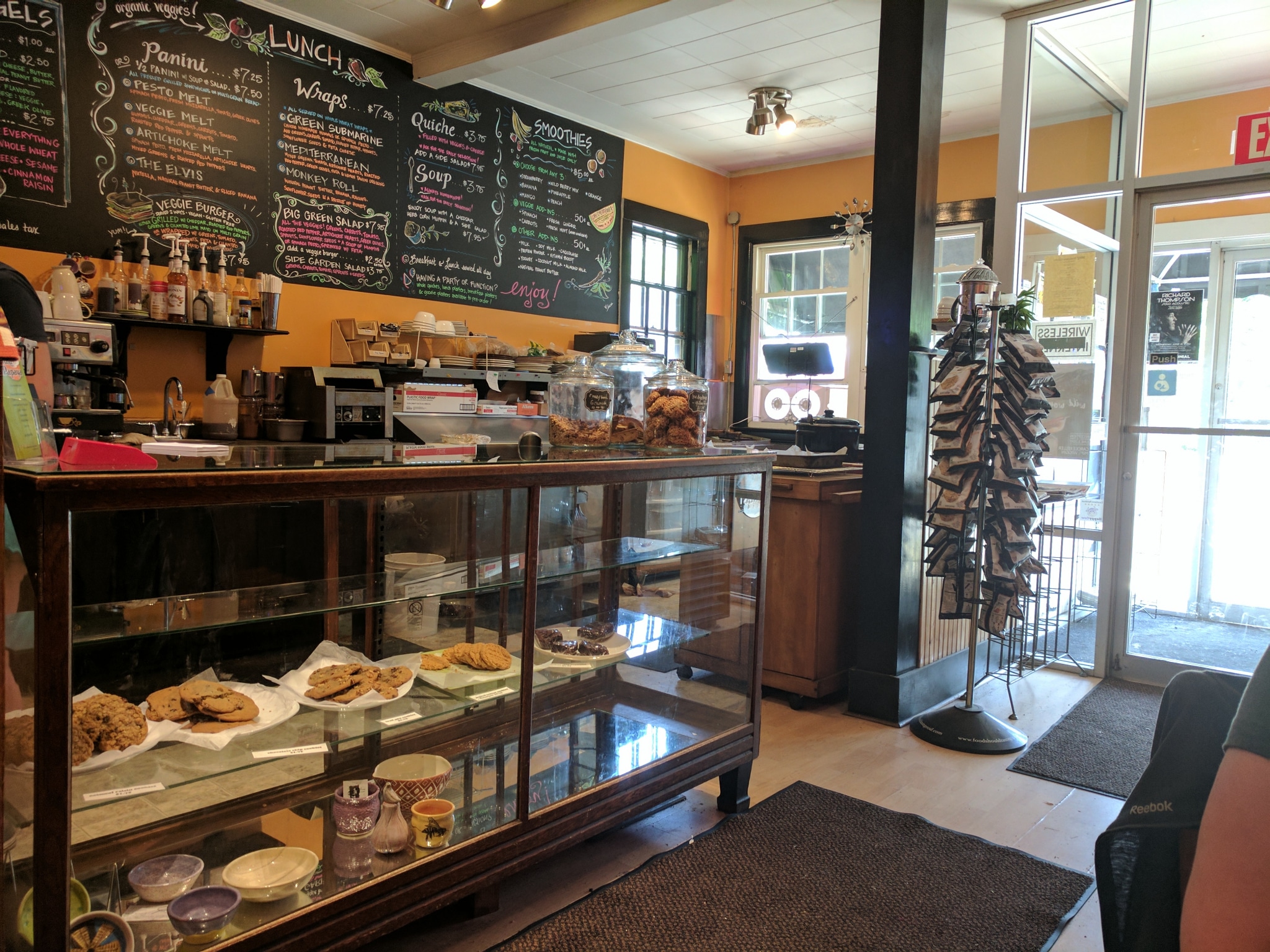