We were a little sad that it was our last morning at our Airbnb in Sheldon. We had really enjoyed spending time with Jenifer and her family and of course all the comforts that come with being in a regular home.

I enjoyed being able to just pop into the kitchen one more time to make coffee and breakfast. I was excited to see that Jenifer had added a loaf of Dave’s killer white bread to the breakfast offerings. My sister, Sara, had recommended it as a white bread you can feel good about. Not only was it delicious but the company makes it a point to hire employees with criminal records to give them a second chance. I am officially making it my new bread.

After breakfast, we packed up and said our goodbyes to Dylan, Jenifer’s oldest son who had been a great host during our stay.

Our destination was Mount Rainier, National Park. We had gone back and forth about making a visit to Seattle. We don’t generally care much for big cities, but we had both heard good things about Seattle. We finally decided that the challenges of parking and finding a place to stay for the night were more hassle than we wanted.

The drive took us through the city of Olympia where we decided to stop for coffee at one of the many little espresso shacks. We were not paying much attention to the name of the shop, Maxim Girls Espresso, so we were surprised when the attractive young female barista greeted us wearing a tiny mesh bodysuit and thigh-high pleather boots! Despite our initial shock at the barista serving us in lingerie, both the service and the Americanos were great.

I checked the weather report for Mount Rainier and was shocked to see that the expected temperature was in the low 30s and snow was likely. We decided ( or at least hoped!) that that was for a spot in the park that was at a high elevation.

When we arrived at the park it was in the low 50s with some light rain, not ideal but tolerable. We stopped along the drive for some pictures of the beautiful landscape. Unfortunately, as we drove further into the park, the temperatures dropped and snow did indeed begin to fall. Then to make matters worse, the oil light came on in the jeep. The oil tends to drop a little low on occasion so we had an extra bottle just in case. Too bad we could not remember where we had stashed it! After an exhaustive search in the cold and snow, we never did find it. What happened to it is still a mystery to us.

We drove a short distance to a general store in the park hoping they might have some. They had automatic transmission fluid and windshield wiper fluid but no oil. The clerk at the store directed us to the nearest place that might have it.

As luck would have it, a tiny store a few miles outside the park did have a couple of bottles of oil for sale. They also had campsites available for $30 a night. That was way more than we wanted to spend for a little patch of mud so we decided to keep moving.

It was too wet and cold to make anything to eat so we stopped at Wild Berry Restaurant for dinner. They had an interesting selection of Himalayan inspired dishes. Francis enjoyed his sherpa stew which reminded him of an African dish called pepper soup. I had a fish taco which was served on a pita type bread and had a very flavorful sauce along with a generous helping of fries.

A nice dinner lifted our spirits but it did not solve the problem of a place to spend the night. It was wet, cold, and getting dark. On the advice of a guy at the gas station, we stopped at a hotel that had supposedly cut their rates in half as peak season ended. Not sure what their regular rates are but they wanted $240 for the night. The price did include 2 glasses each of complimentary wine which did sound good right then but not good enough to spend that much. Maybe they should have given us the wine before telling us the price.

I pulled out our book about all the national parks and found a listing for Hotel Packwood in nearby Packwood with rates listed at about $50 for a room with private bath. We called and they had a vacancy so we headed over. It turned out to be a really nice place for the price. It was very old-fashioned and quaint. The rooms were small but very clean and included wifi.

After a long day, we enjoyed relaxing and catching up on a few episodes of Season 7 of the Walking Dead. It was definitely not our original plan for the day but it worked out ok. 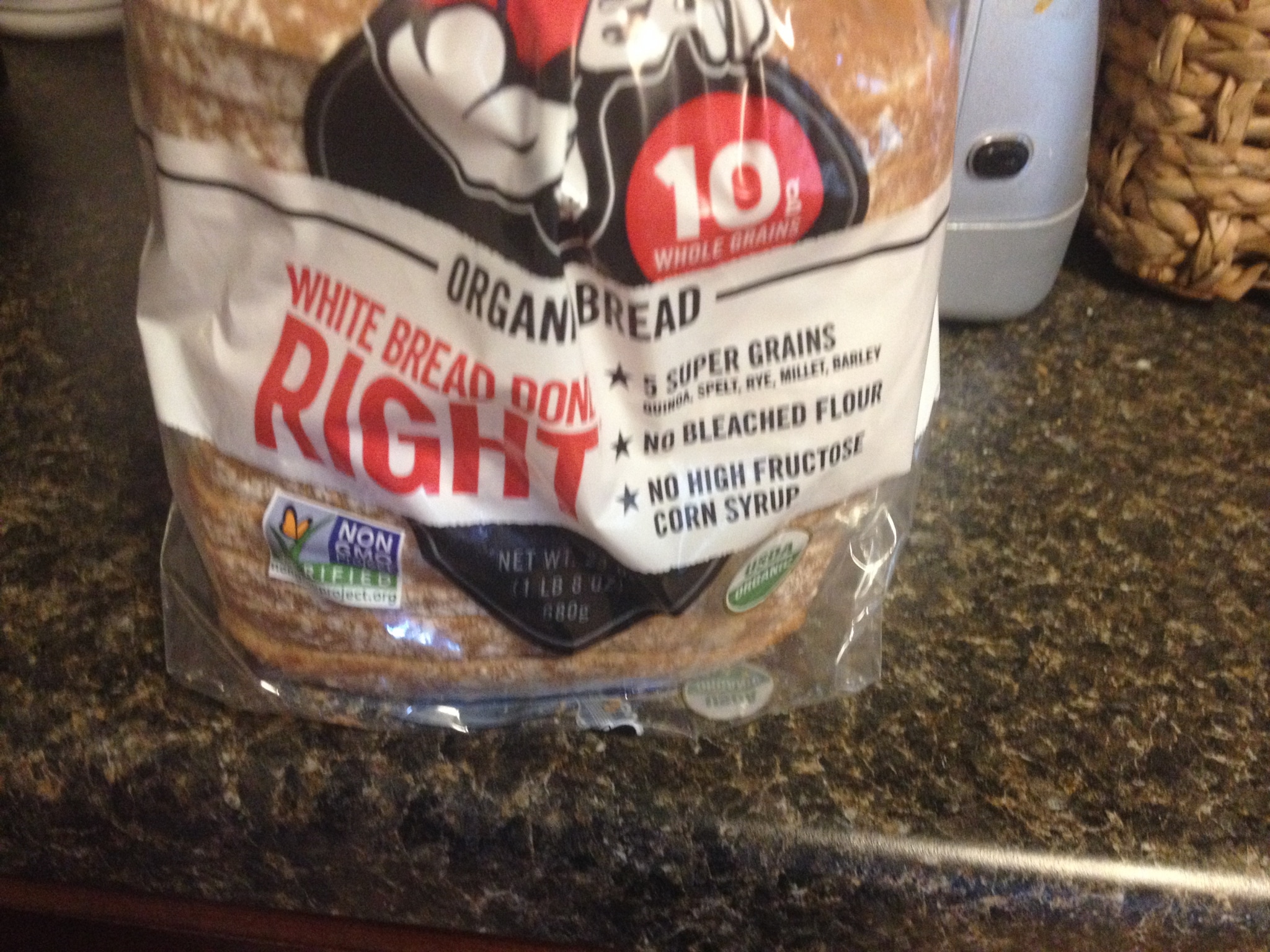 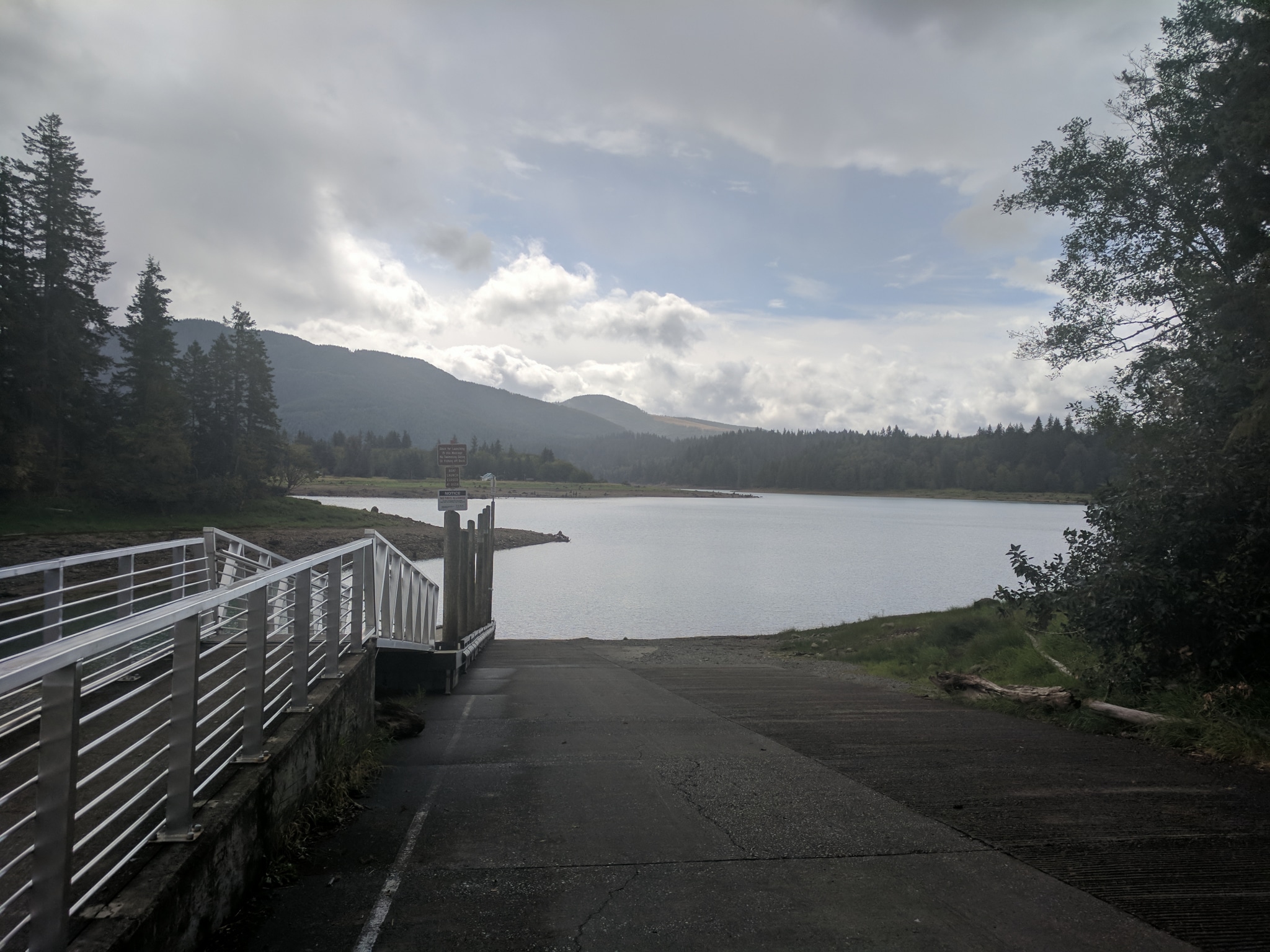 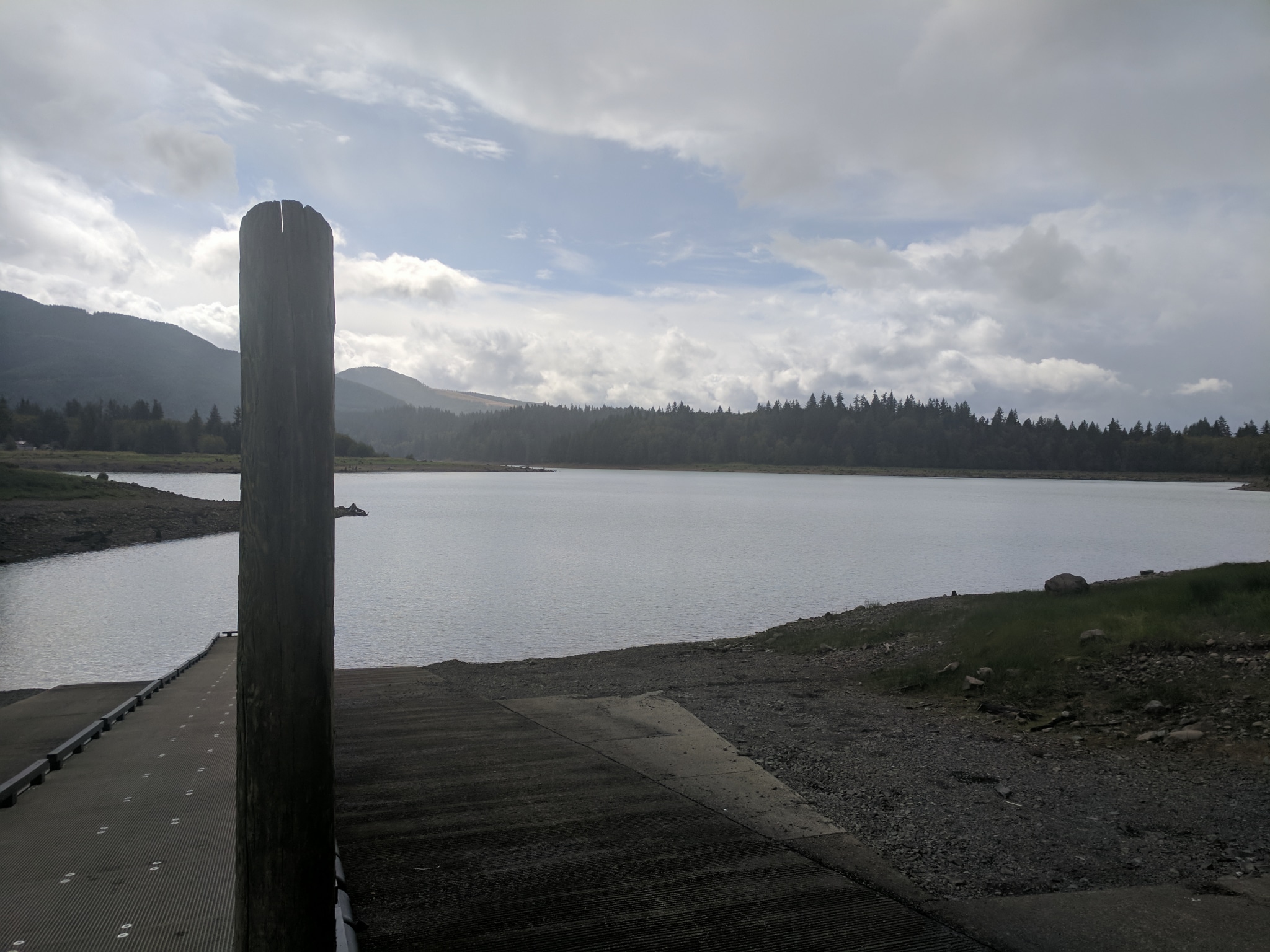 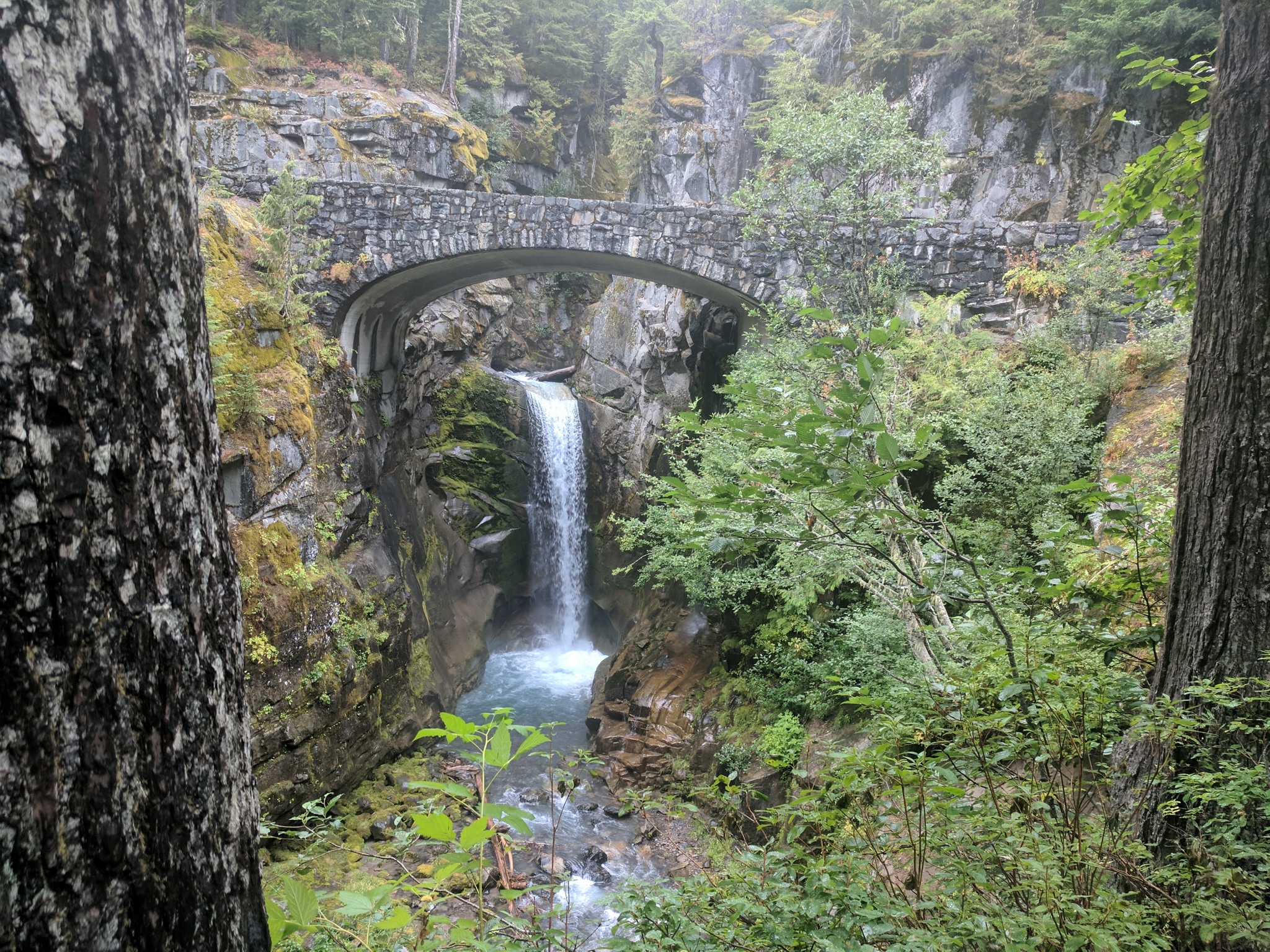 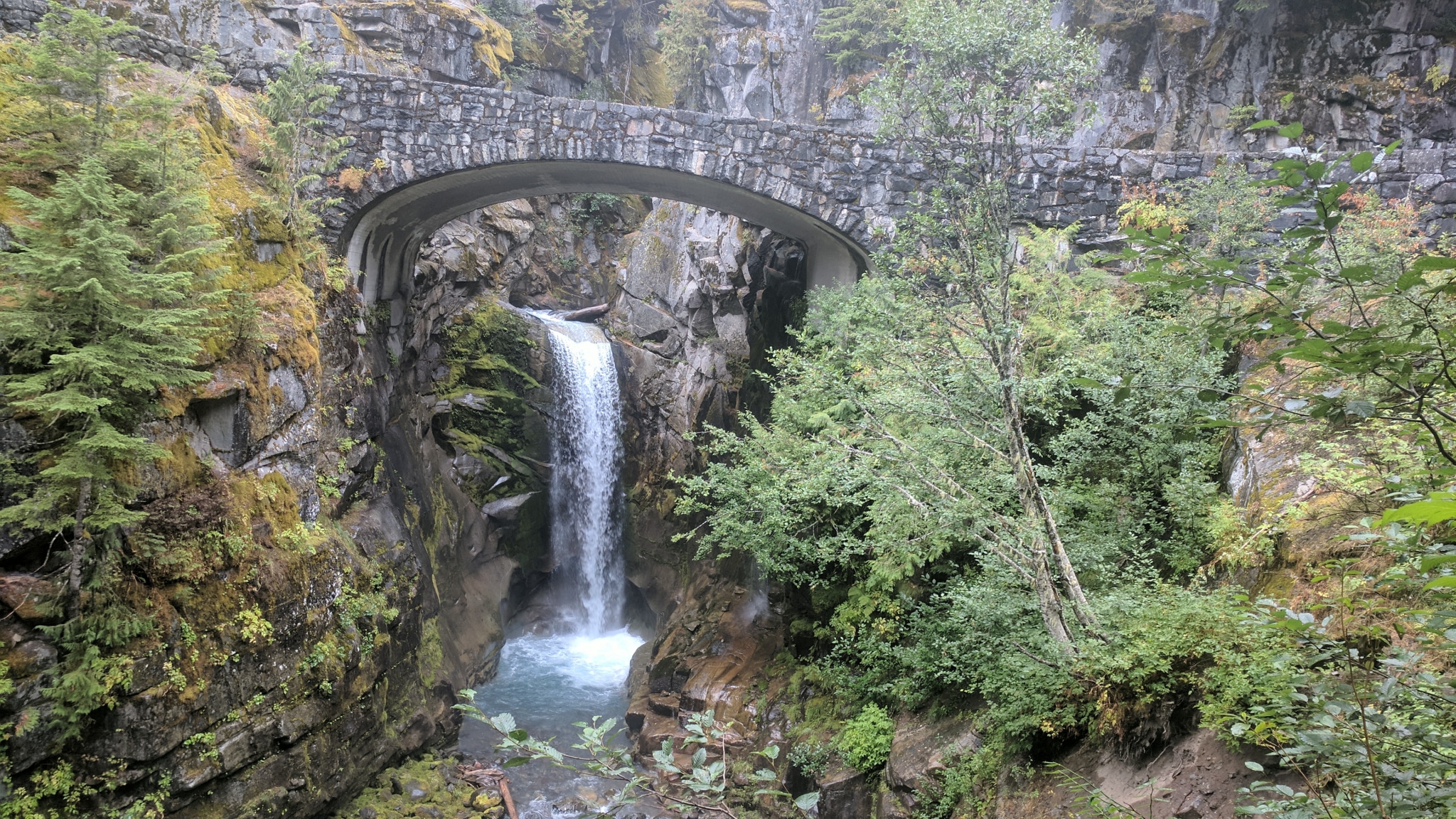 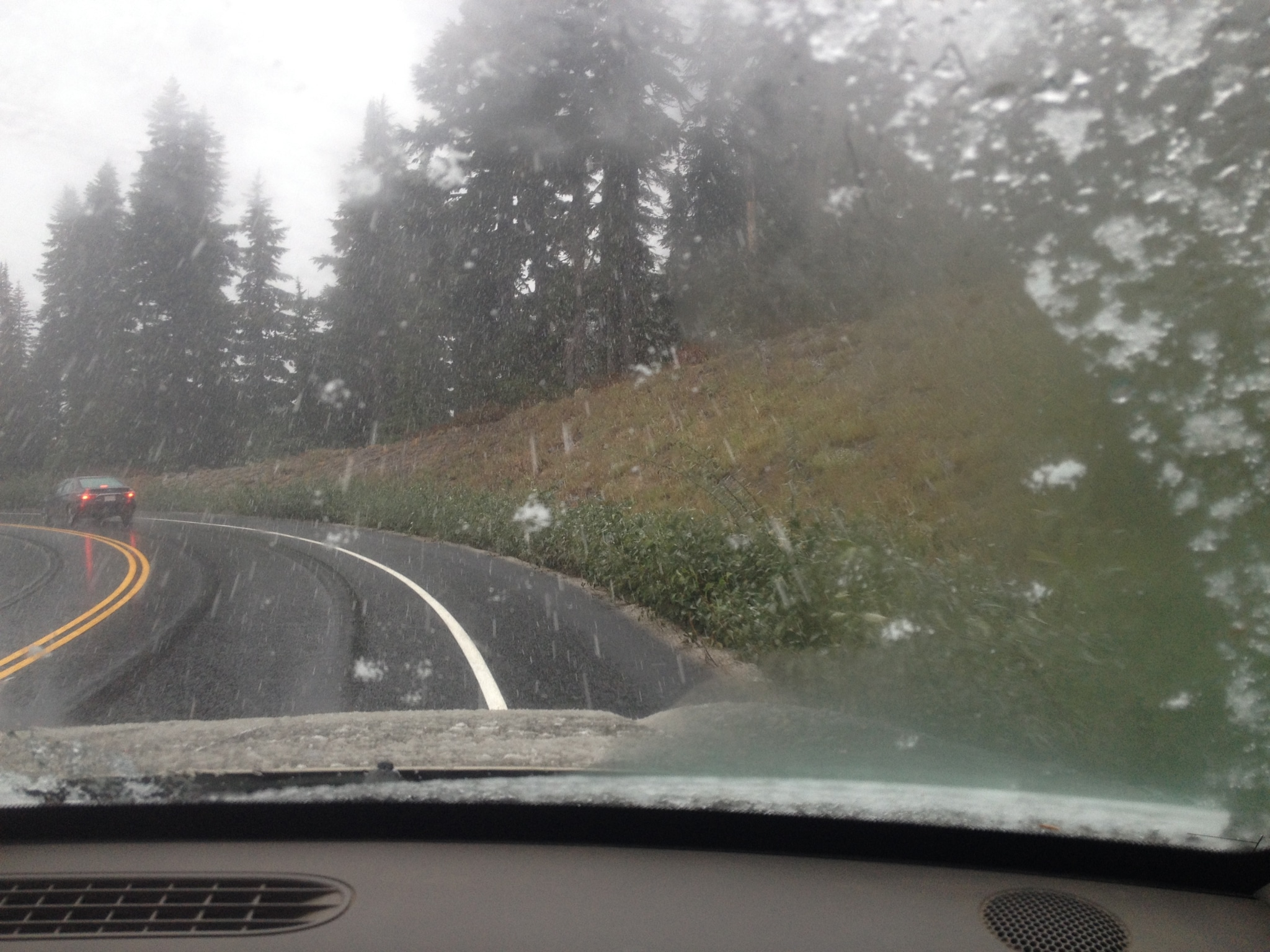 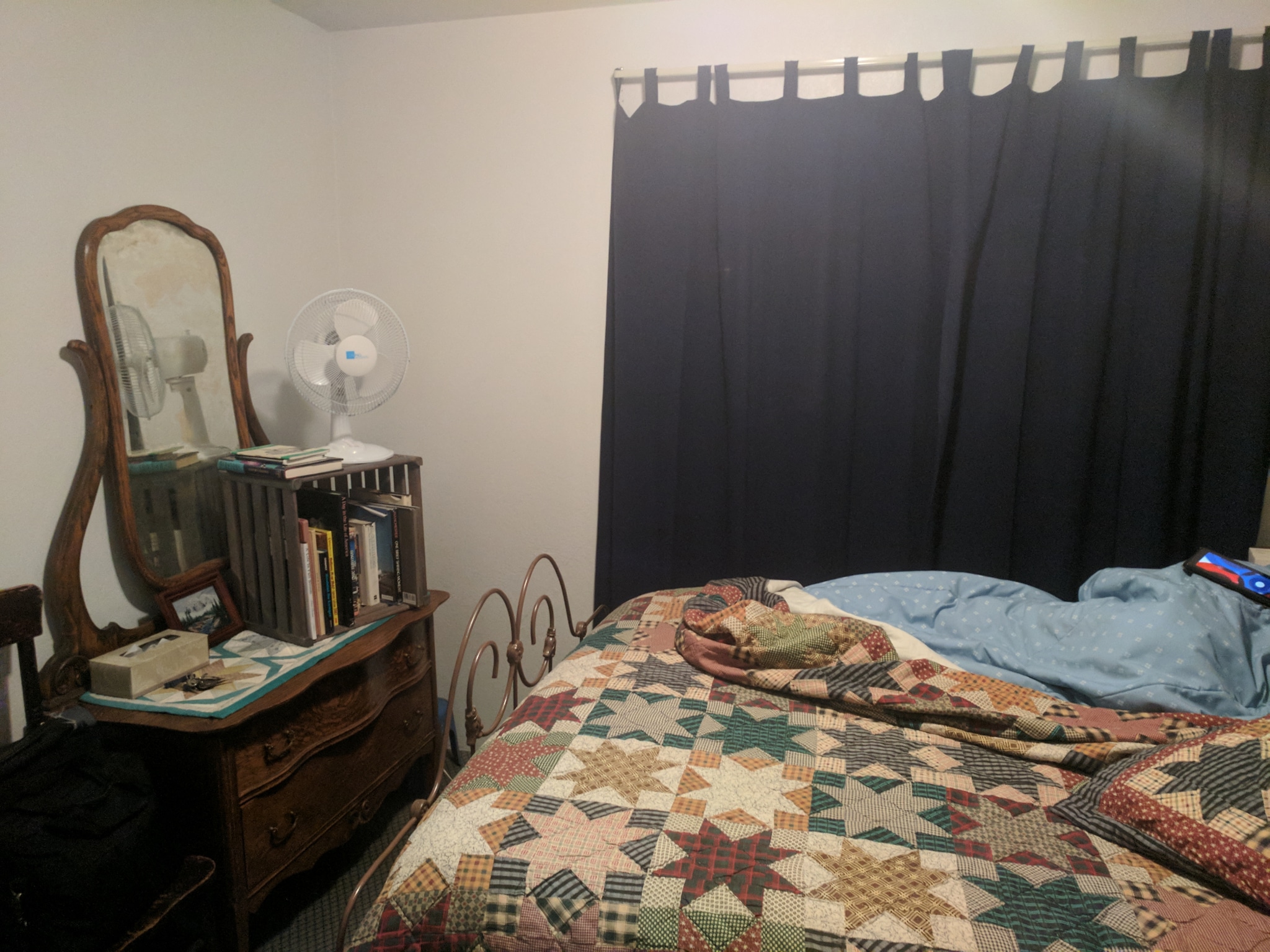 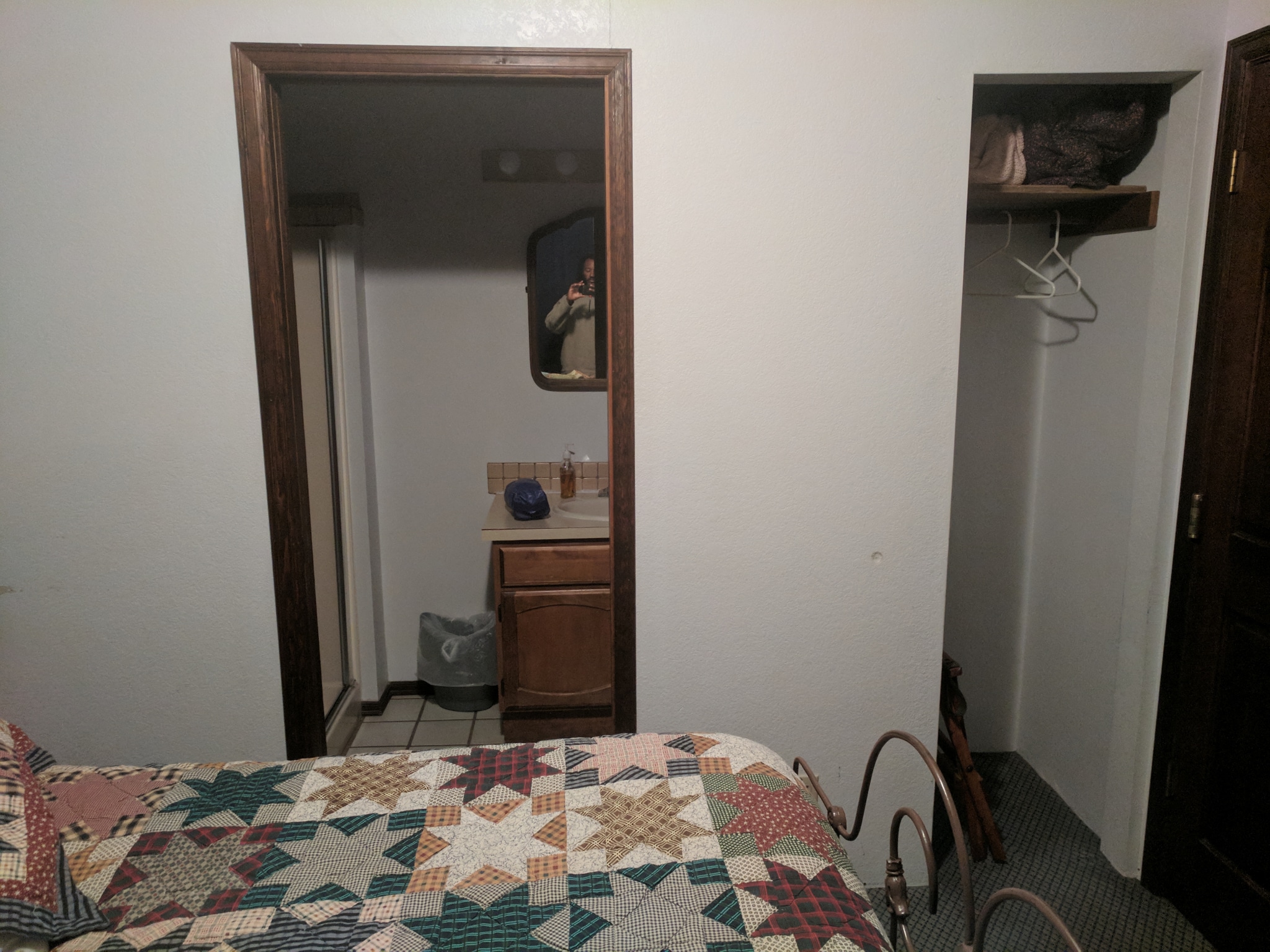 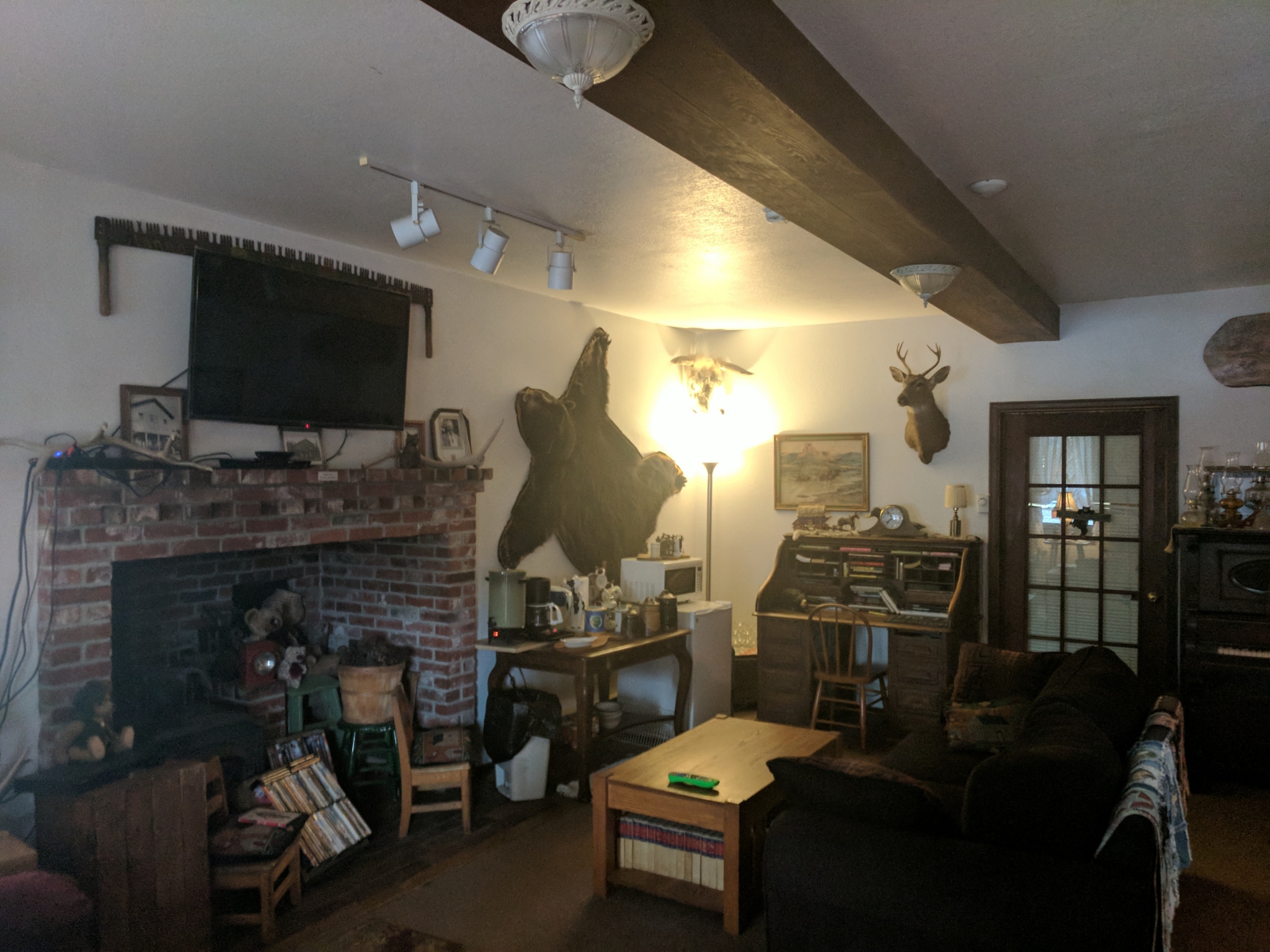 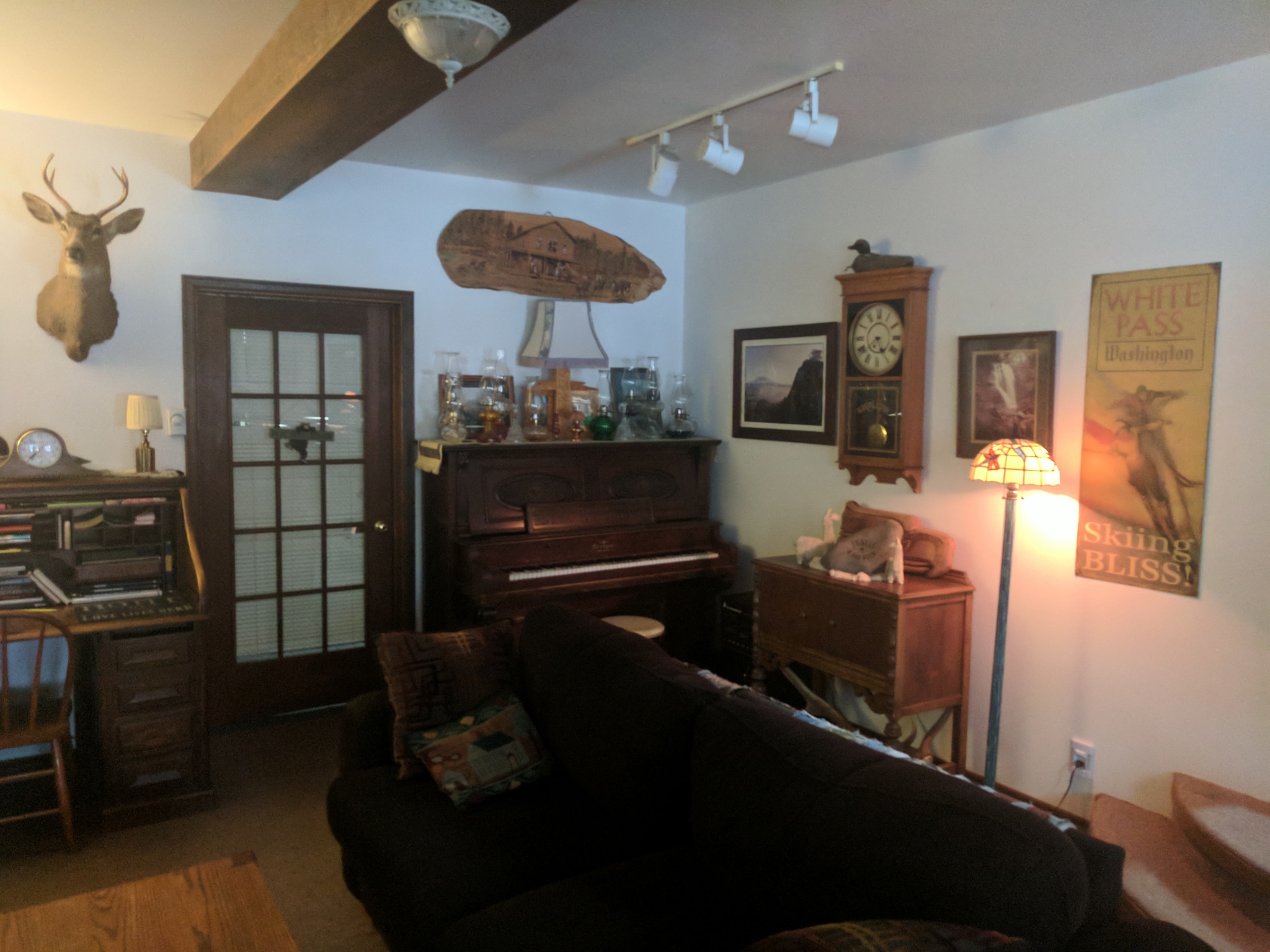