Although we were not overly impressed with Motel West in Idaho Falls, the complimentary breakfast was very good and they had a book exchange in the lobby which is always a bonus. We were a bit stiff and sore from yesterday’s hike but in good spirits and ready to do some exploring in Idaho.

We headed to the nearest Starbucks for coffee and wifi. While we were there, we found our home for that night. We discovered ” Honeys’ Park” on freecampsites.net. The gentleman that owns the property allows people to camp in his yard for free for up to 3 days. He even has a camper for bikers to sleep in when they stay. His place was very close to Craters of the Moon National Monument so it sounded good to us.

When we arrived we were greeted by the owner Scar and his very sweet dogs. We also met a couple of fellow campers. She was German and he was Bavarian. They had been traveling and living in their RV for about 10 months. After chatting for a few minutes, we made the drive to Craters of the Moon National Monument.

It was a fascinating place with really unusual rock formations. It really did look like all the pictures I have seen of the surface of the moon. We hiked several different areas of the park but we especially enjoyed the Wilderness Trail. It was a 2-mile loop and really showcased a lot of the different geological features.

On the way back to Honeys’ Park, we stopped at Pickle’s Place for dinner. They are particularly known for their atomic burger. We did not know exactly what that was but we like burgers so we figured it was worth a try. It turns out the atomic burger is just a burger with mushrooms and onions. The reason it is called “atomic” is that the town of Arco is known for being the first town to be powered solely by nuclear energy. I had the signature burger and Francis had a burger with a fried egg on top. They were both very good but for me, the best part of the meal was the tater tots. I can’t remember the last time I had a tater tot but these were delicious.

Full and tired, we headed back to camp. We spent the rest of the evening hanging out with our host, Scar, and the European couple we had met earlier. They were almost a year into their trip and it turns out they have been to lots of the same places we went on our trip last winter. They too prefer warmer weather so they recommended some good warm spots for us to visit when winter hits. A quick walk to the nearby park to use the restroom and we called it a night. 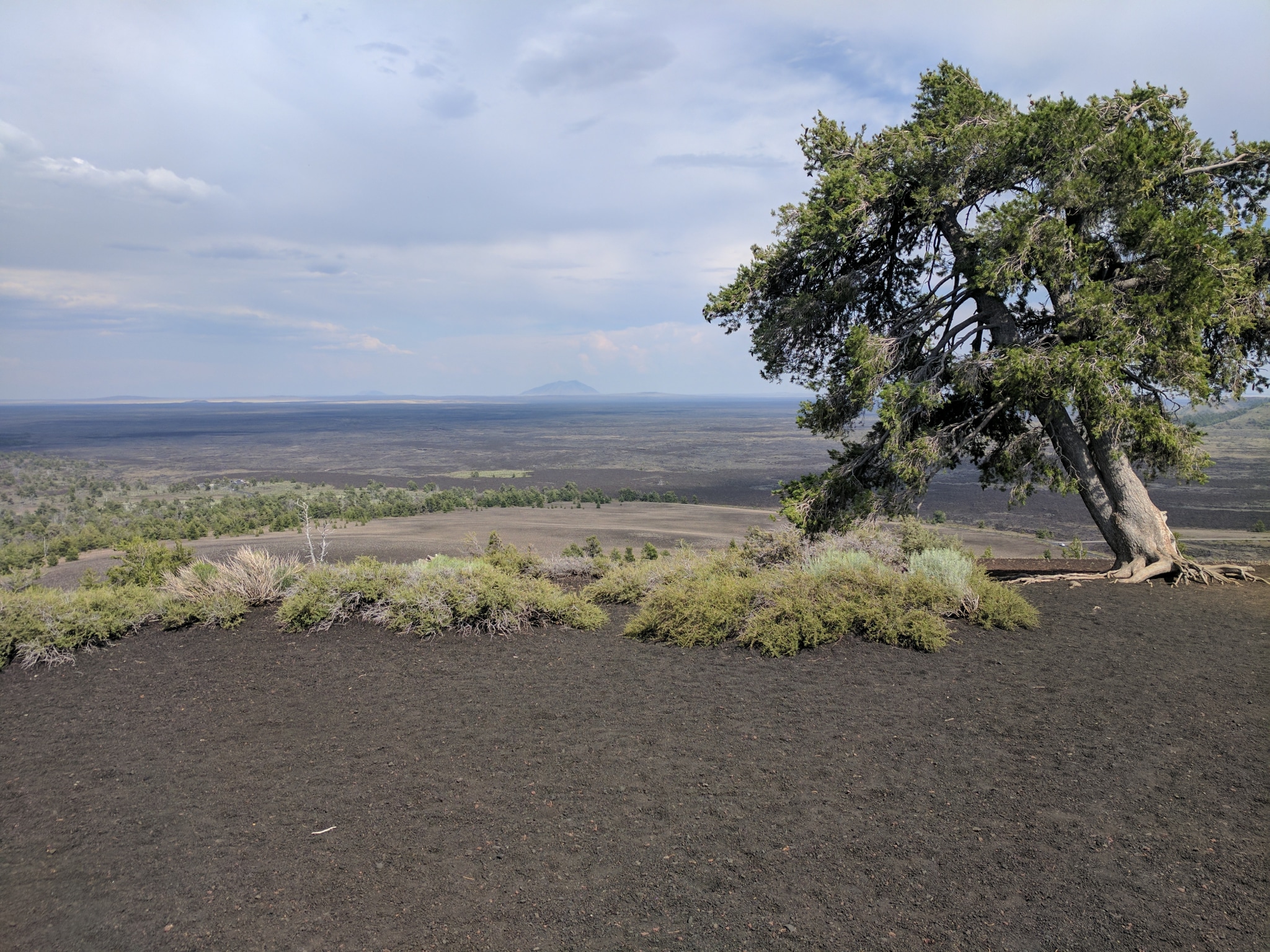 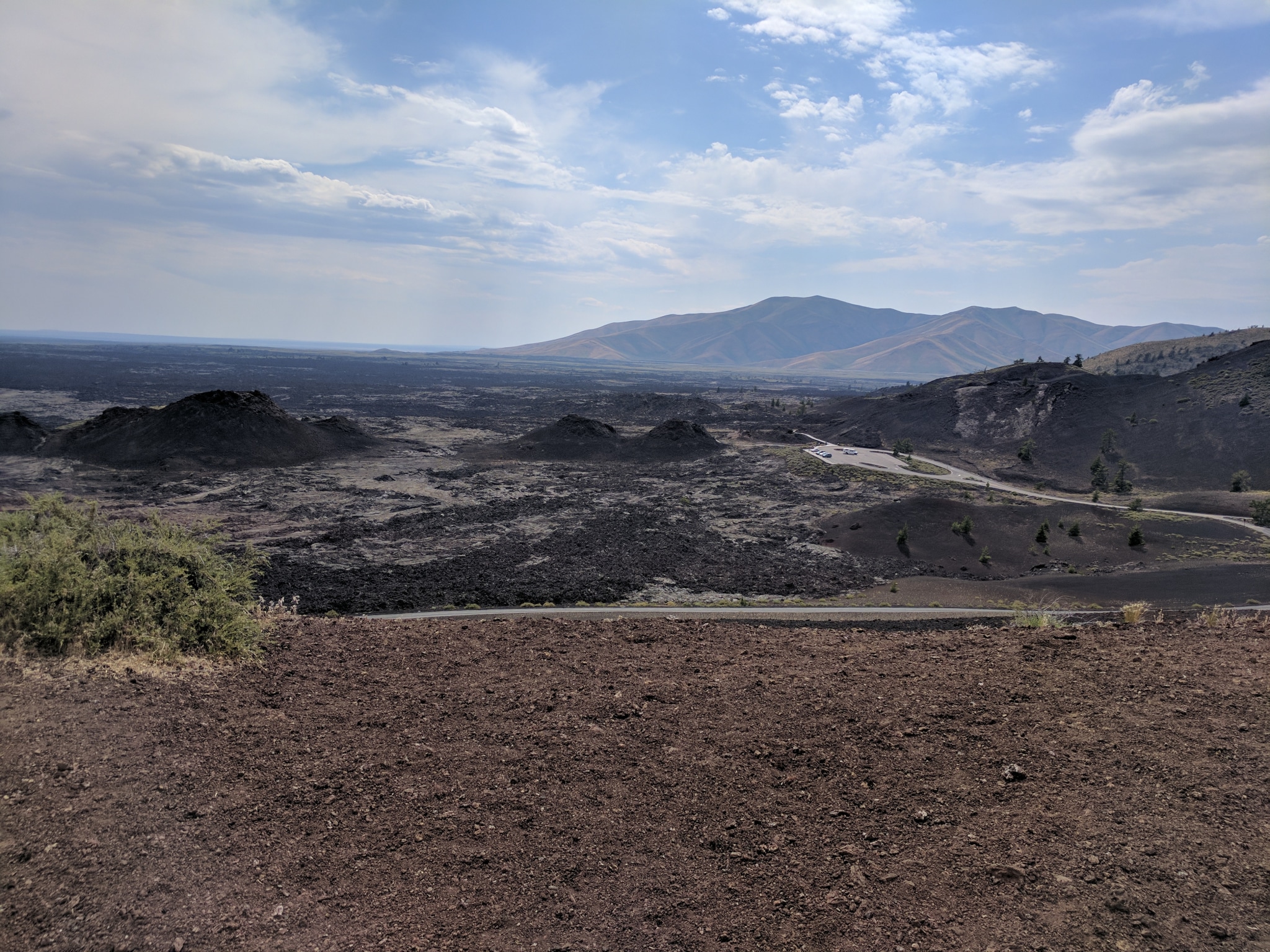 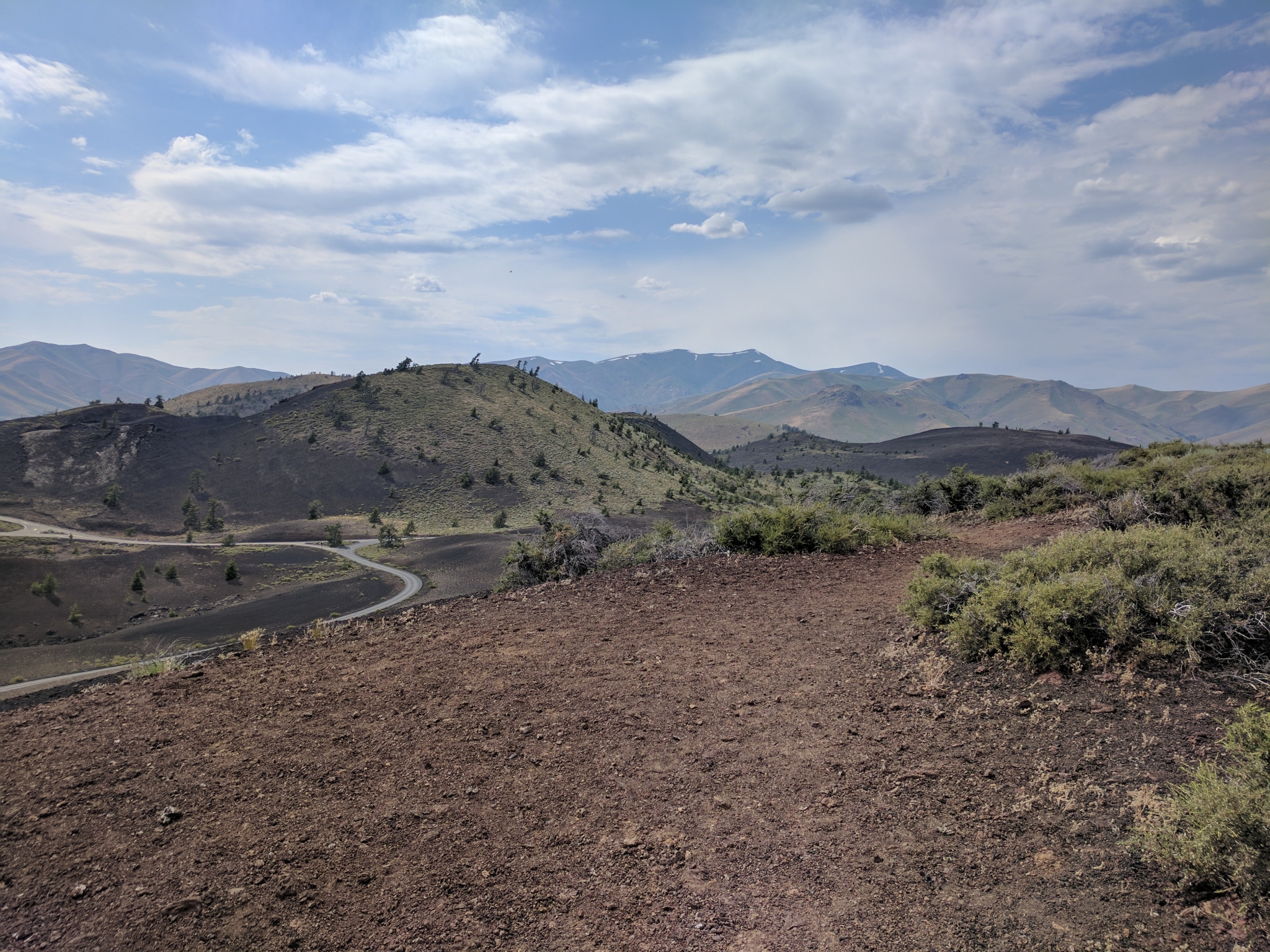 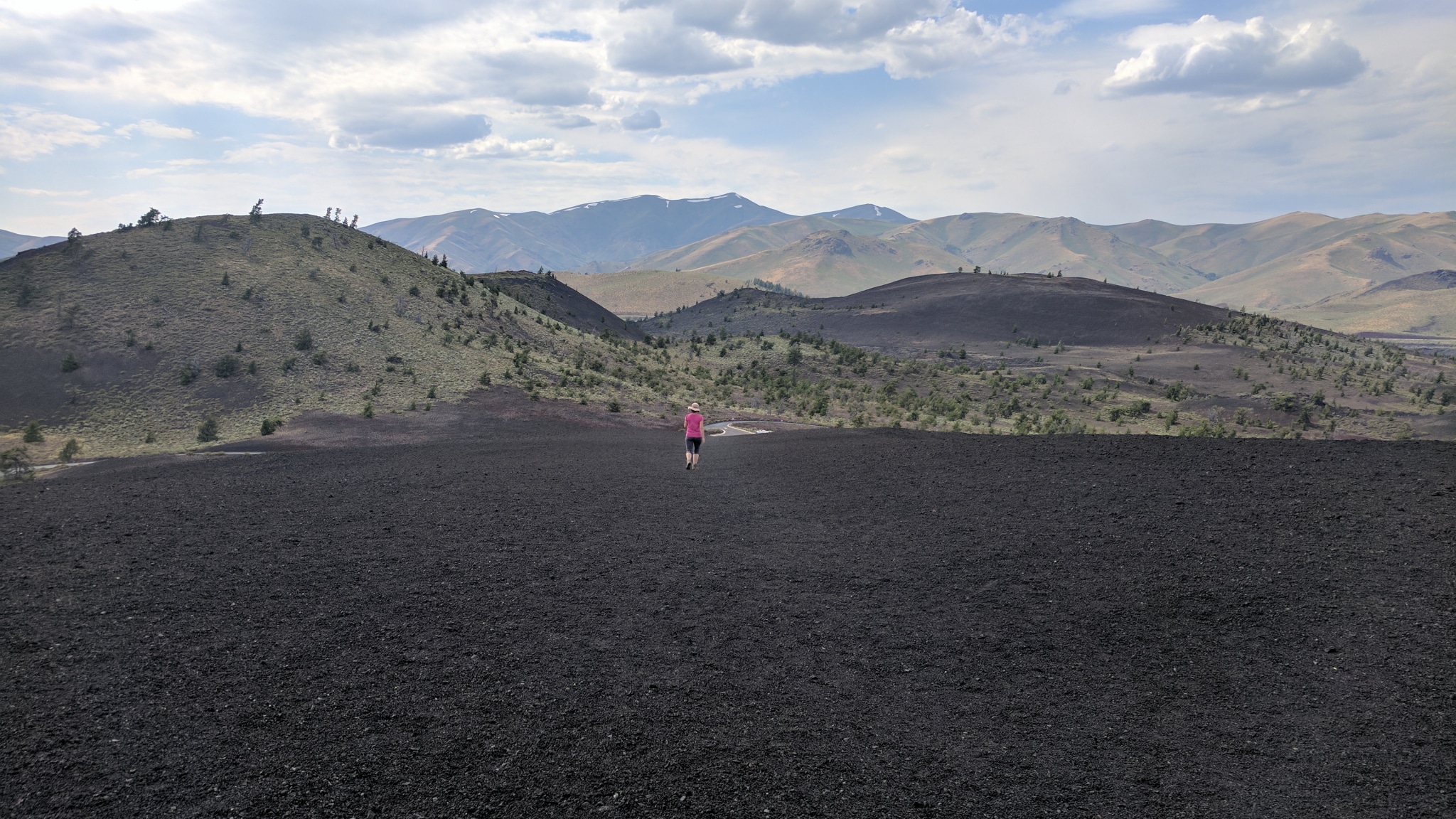 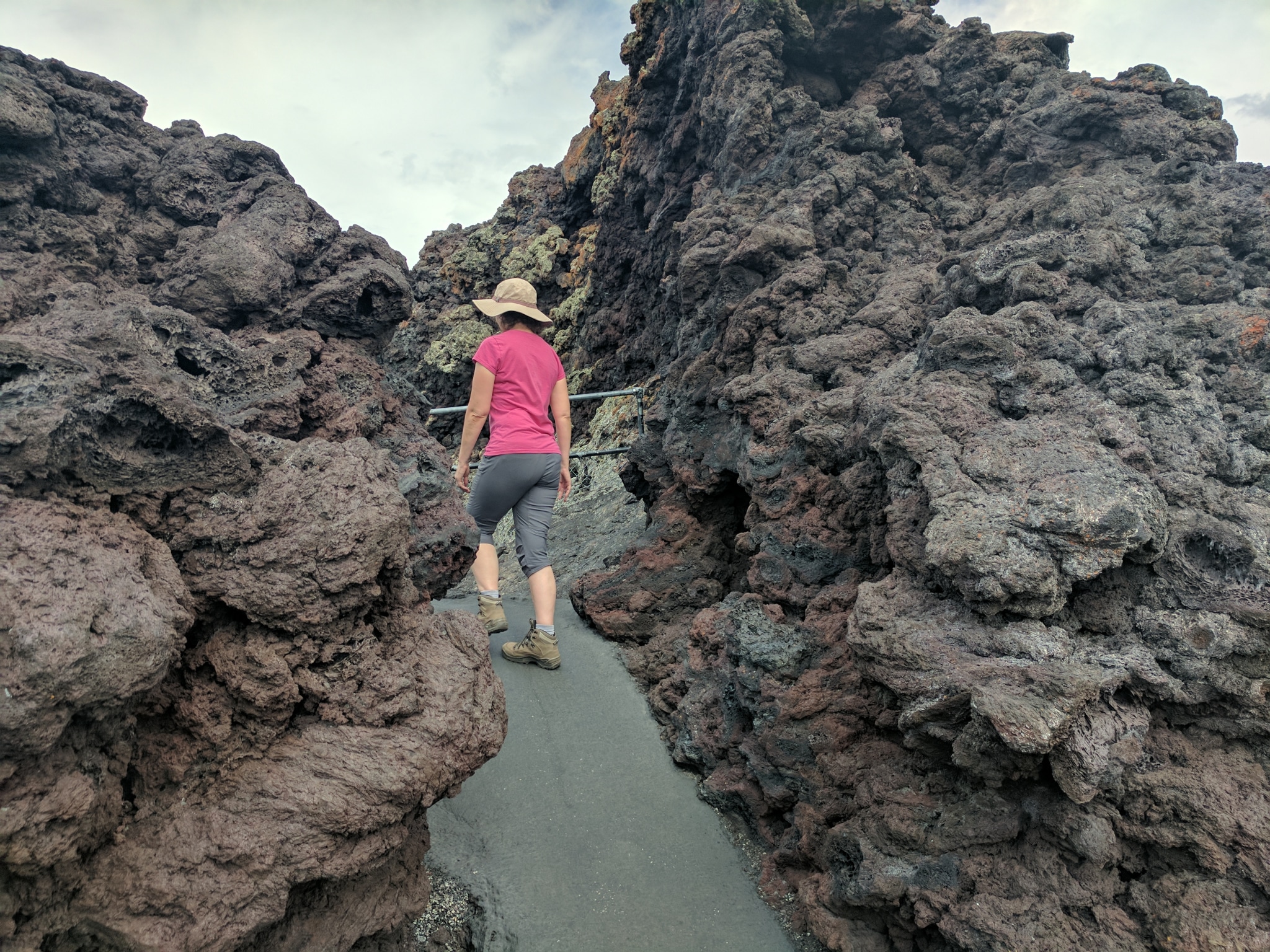 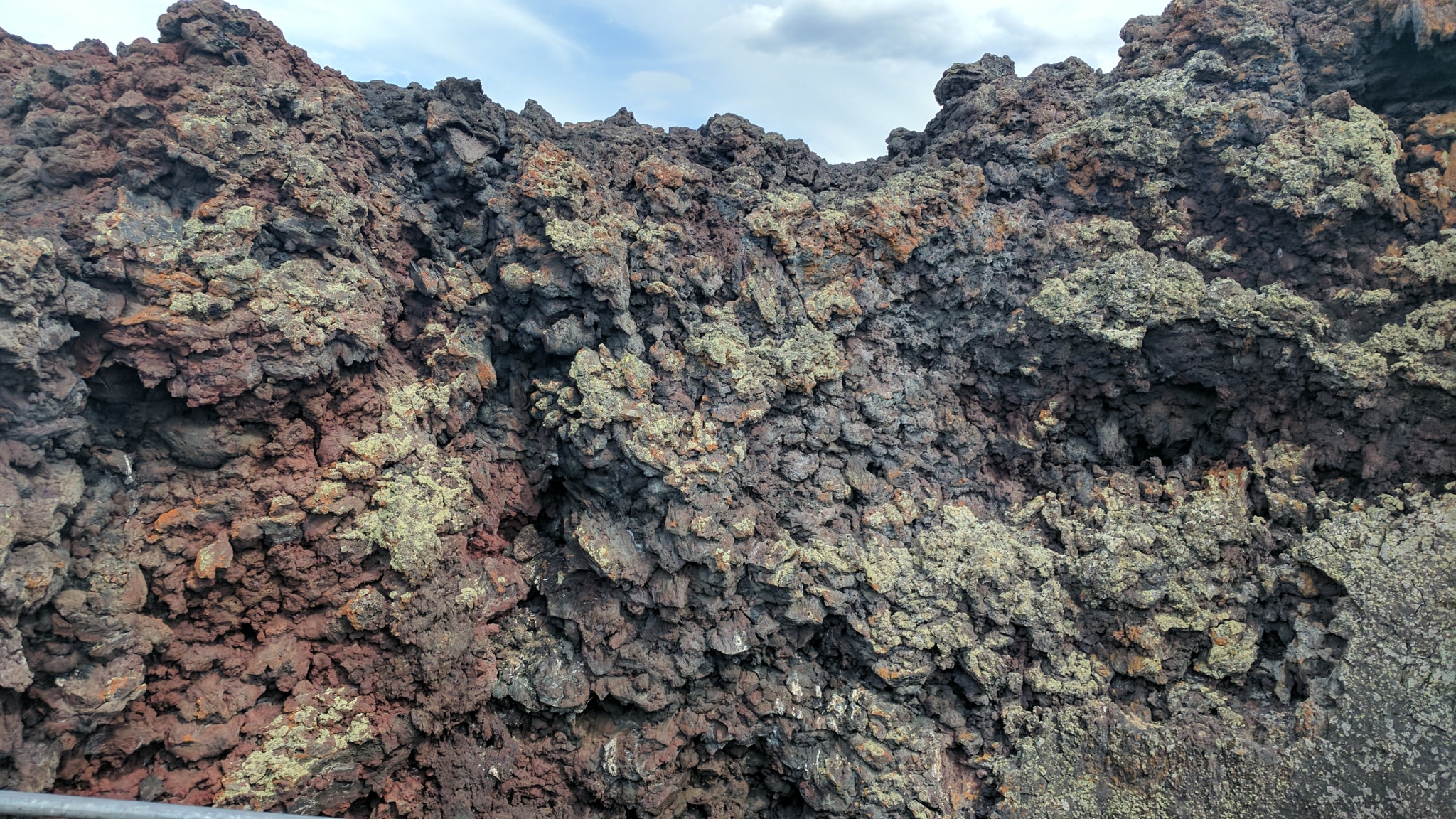 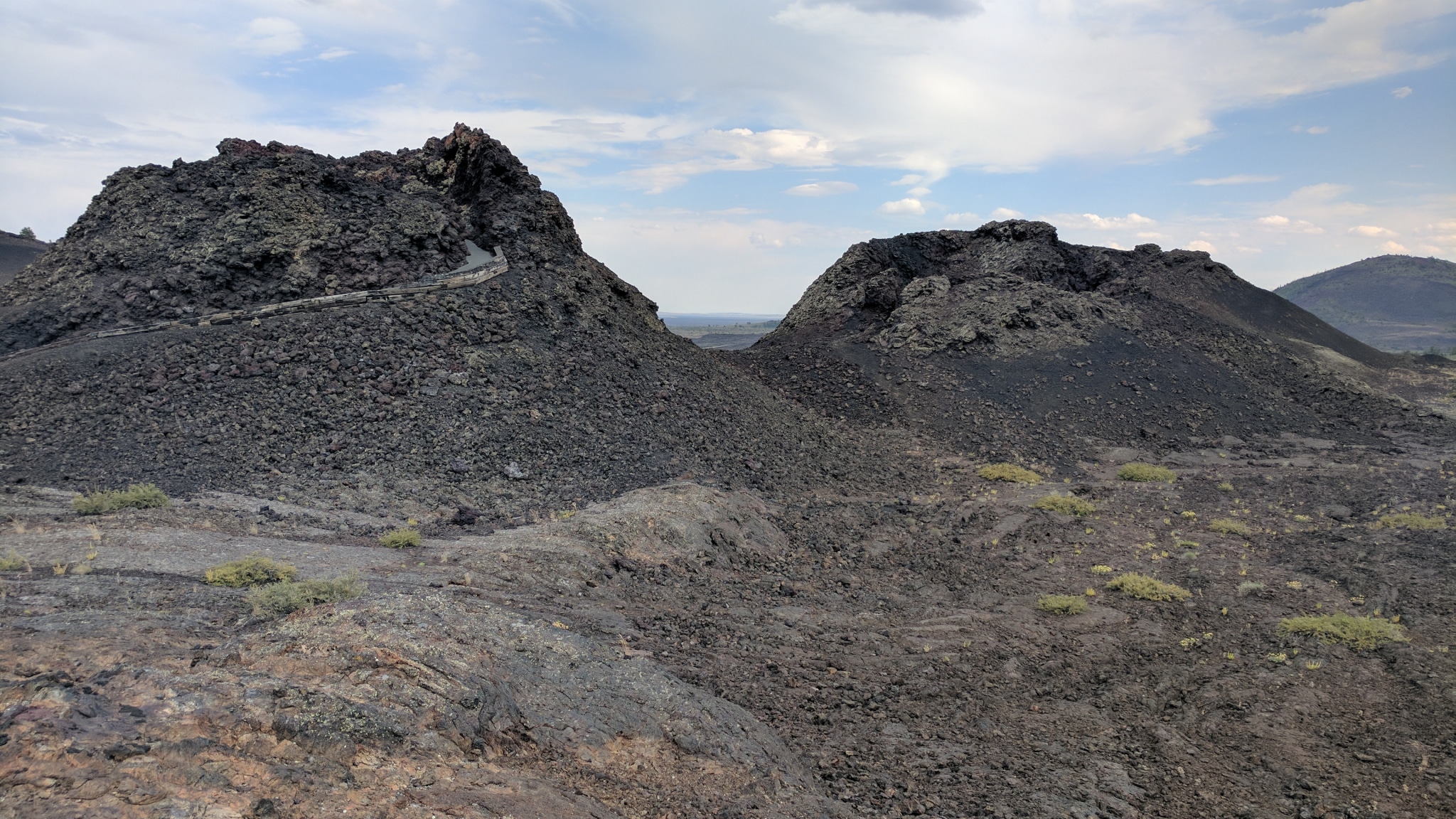 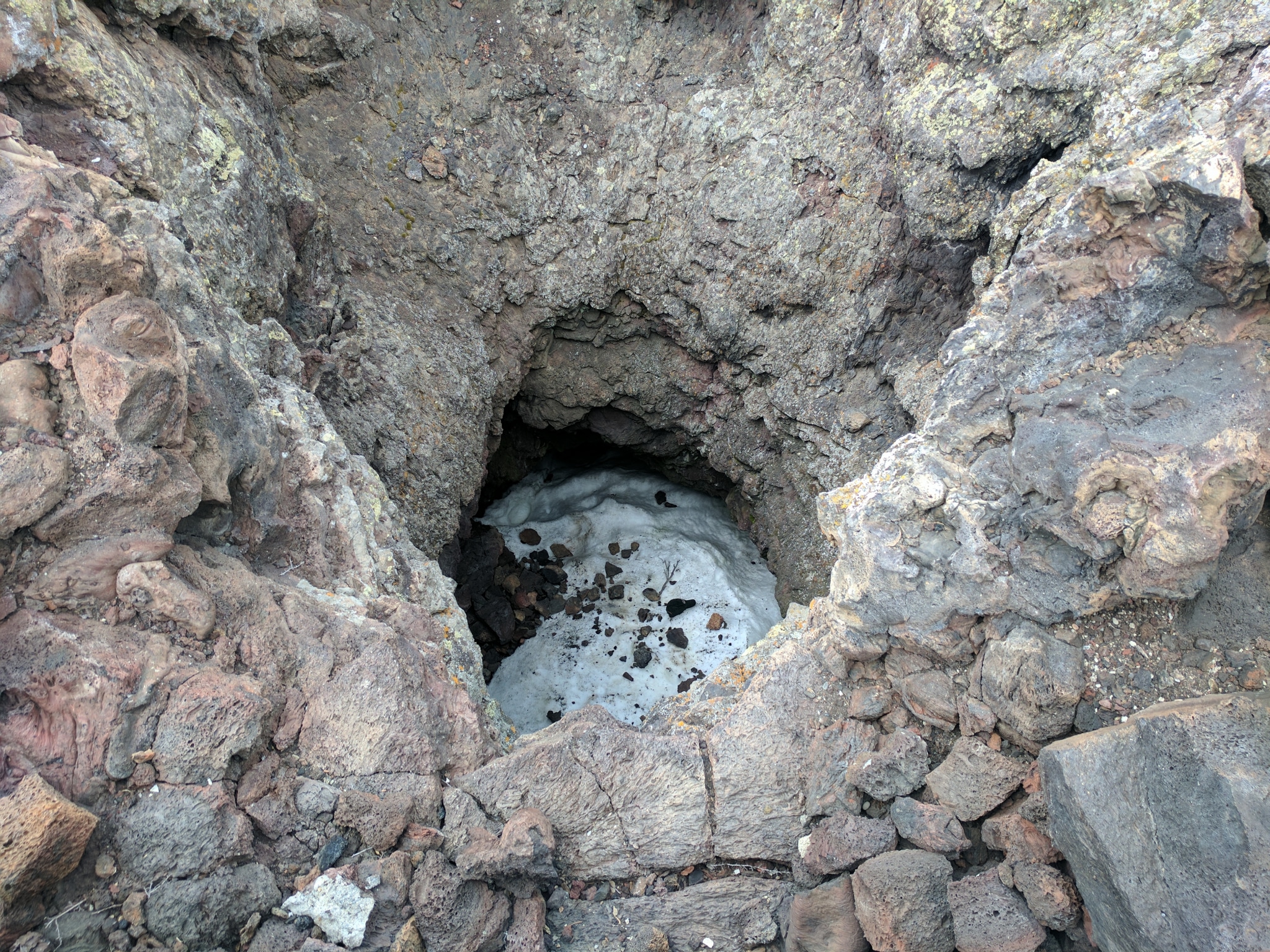 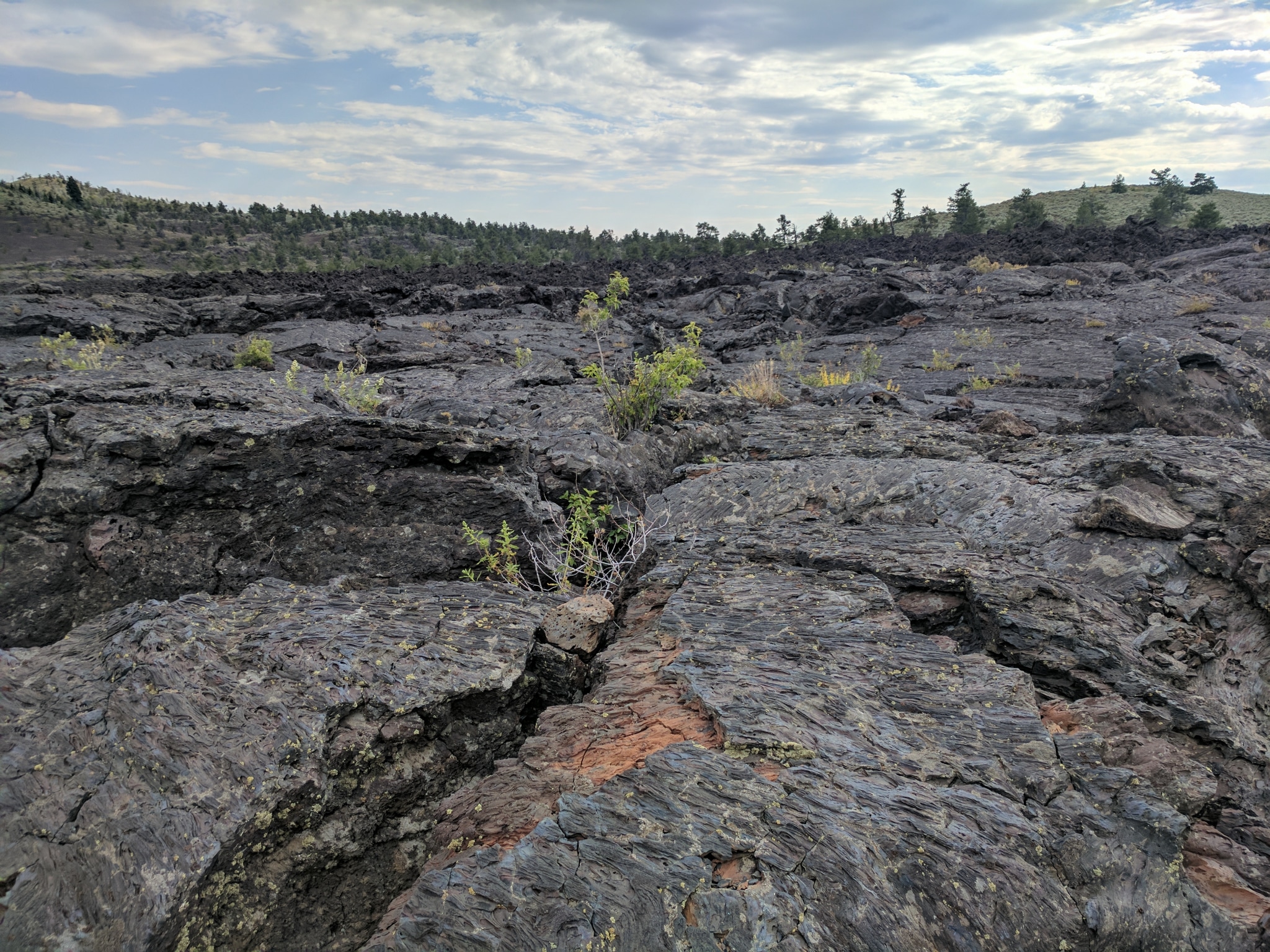 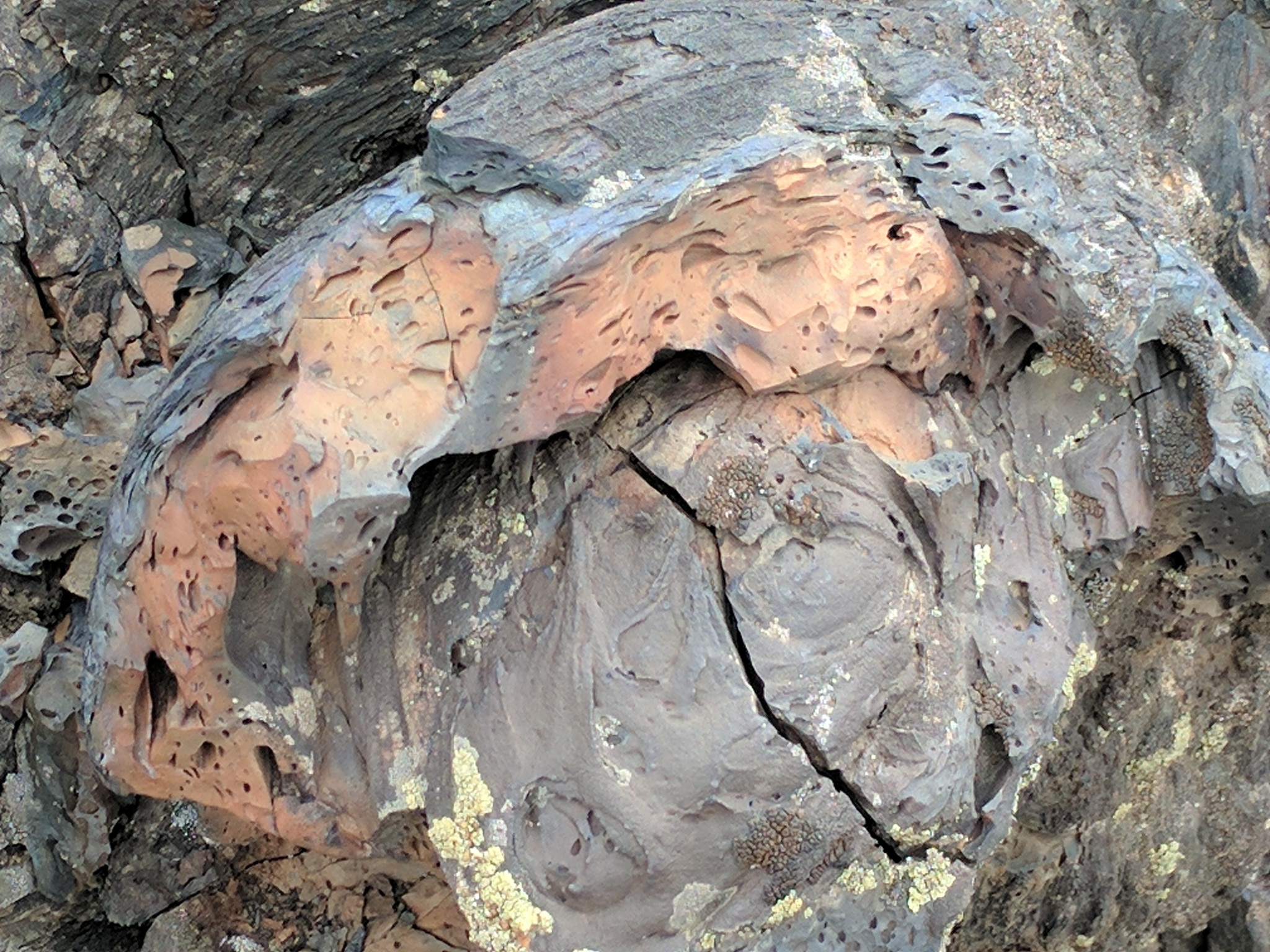 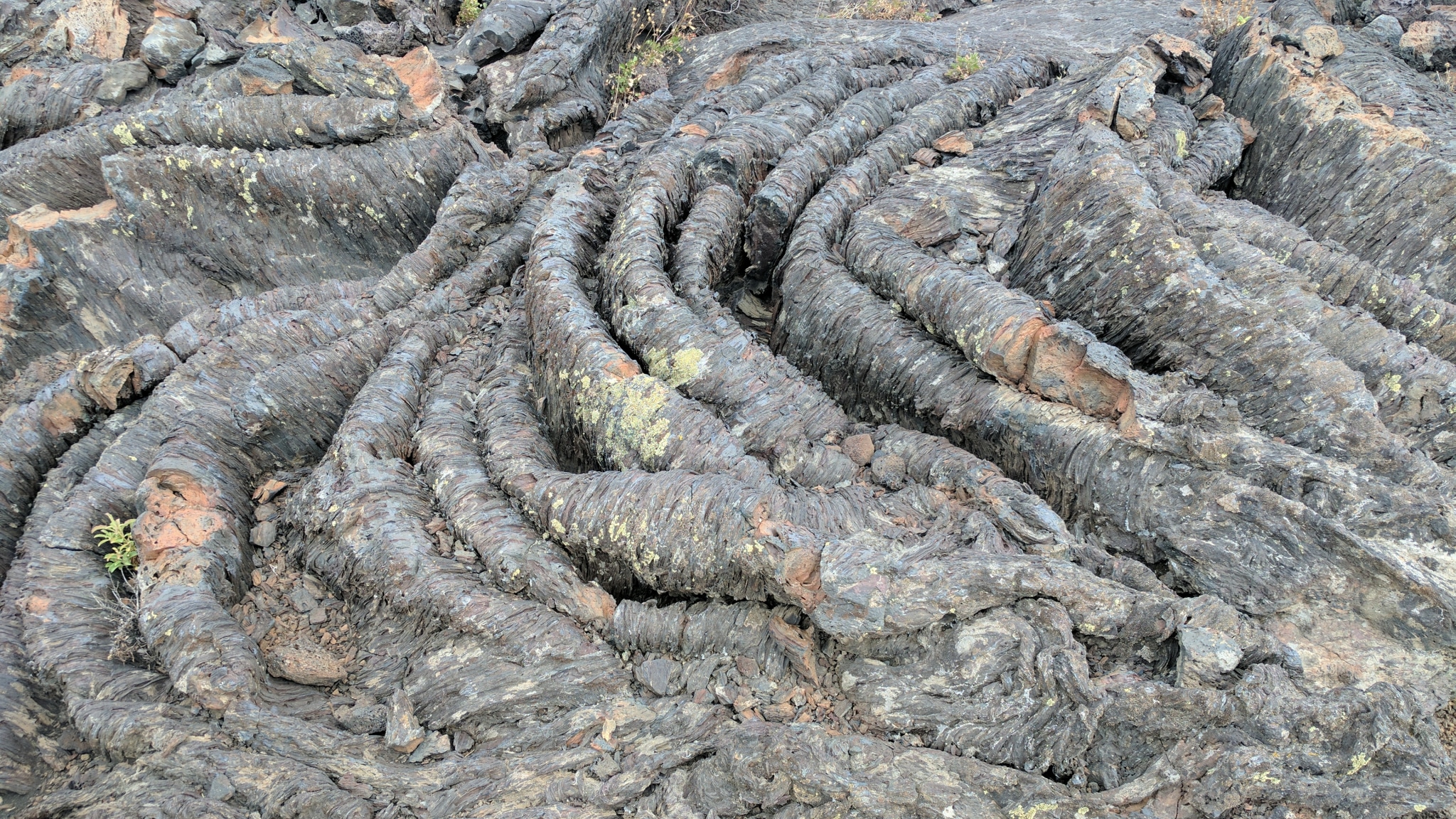 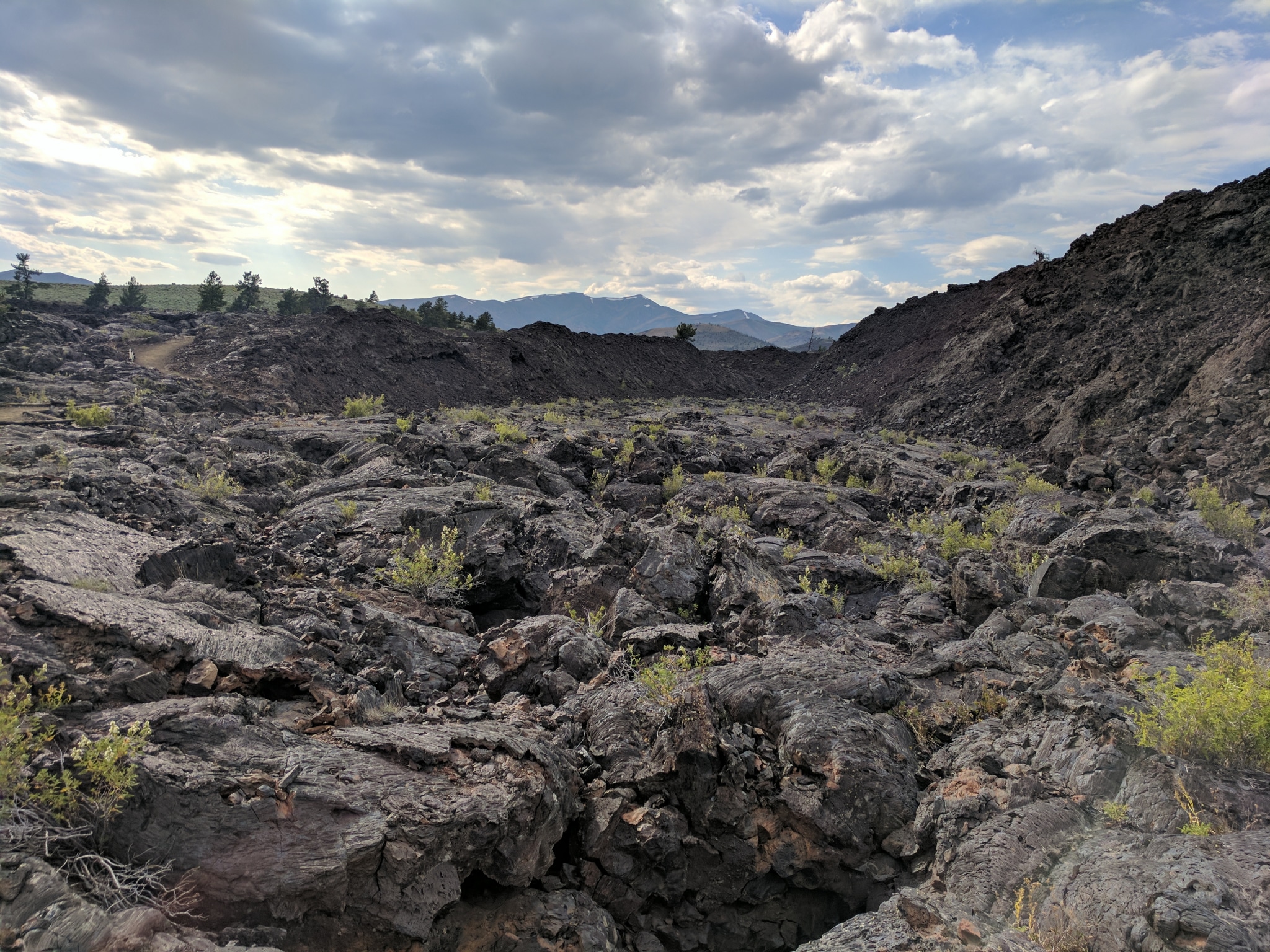 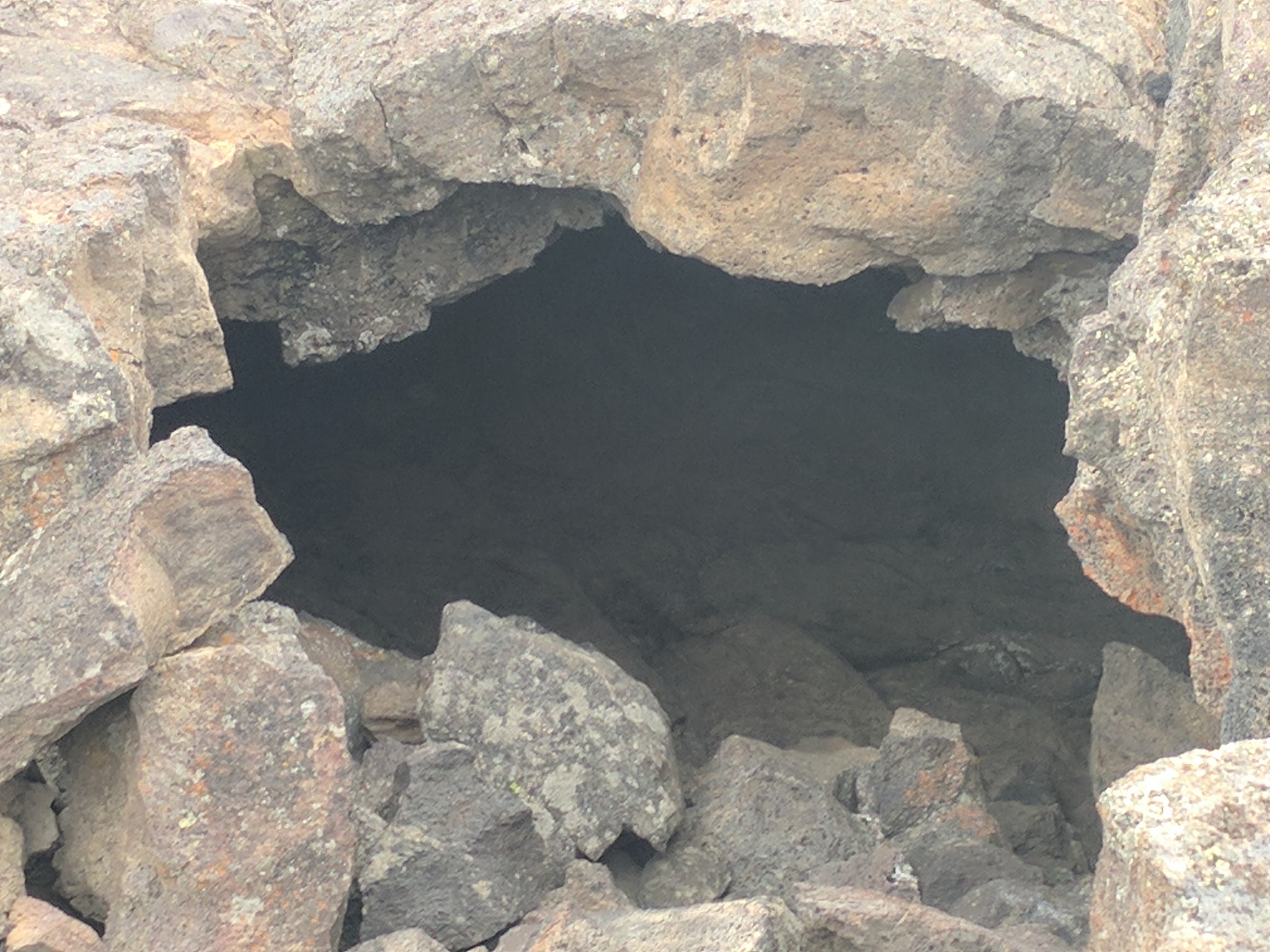 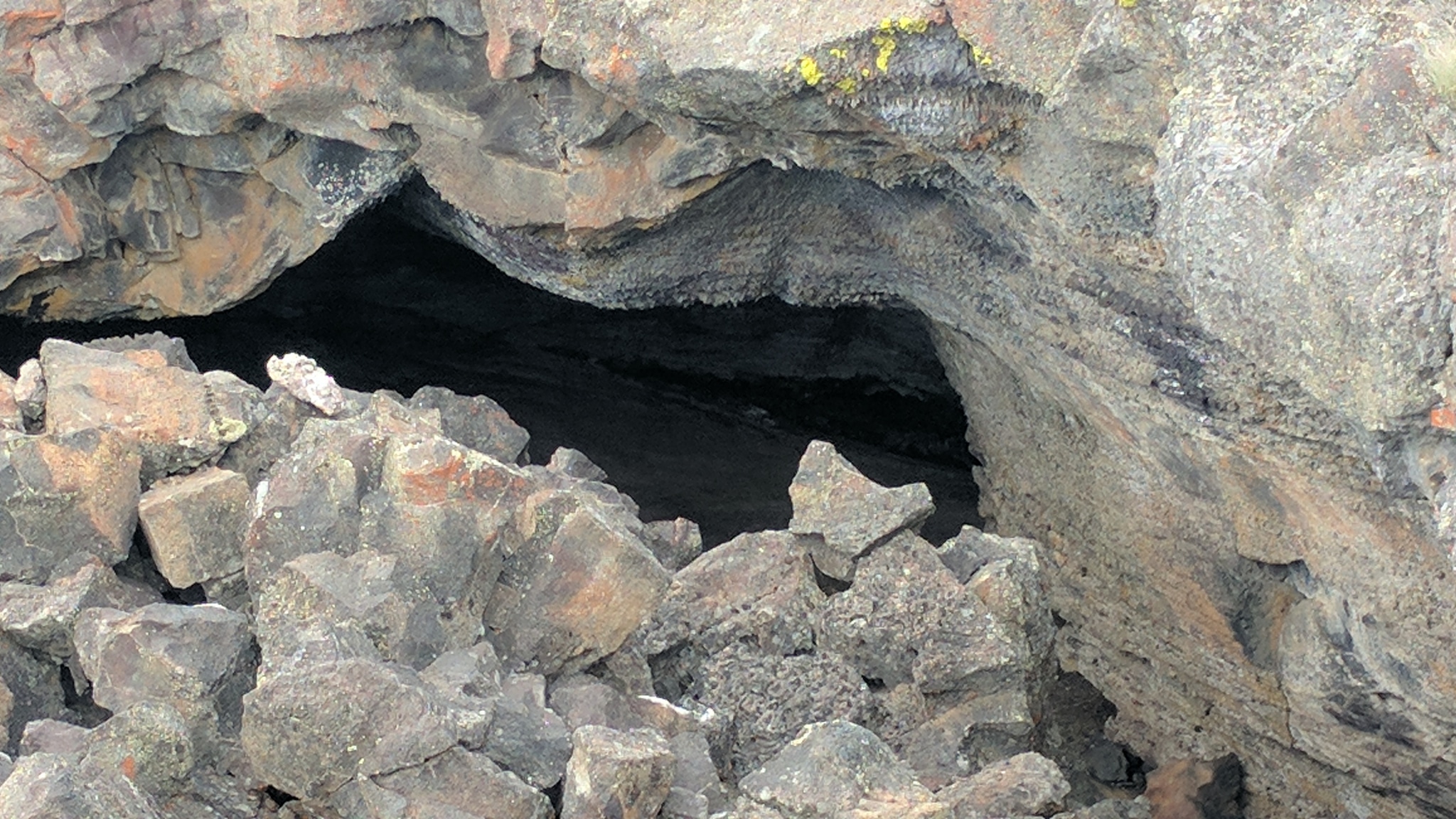 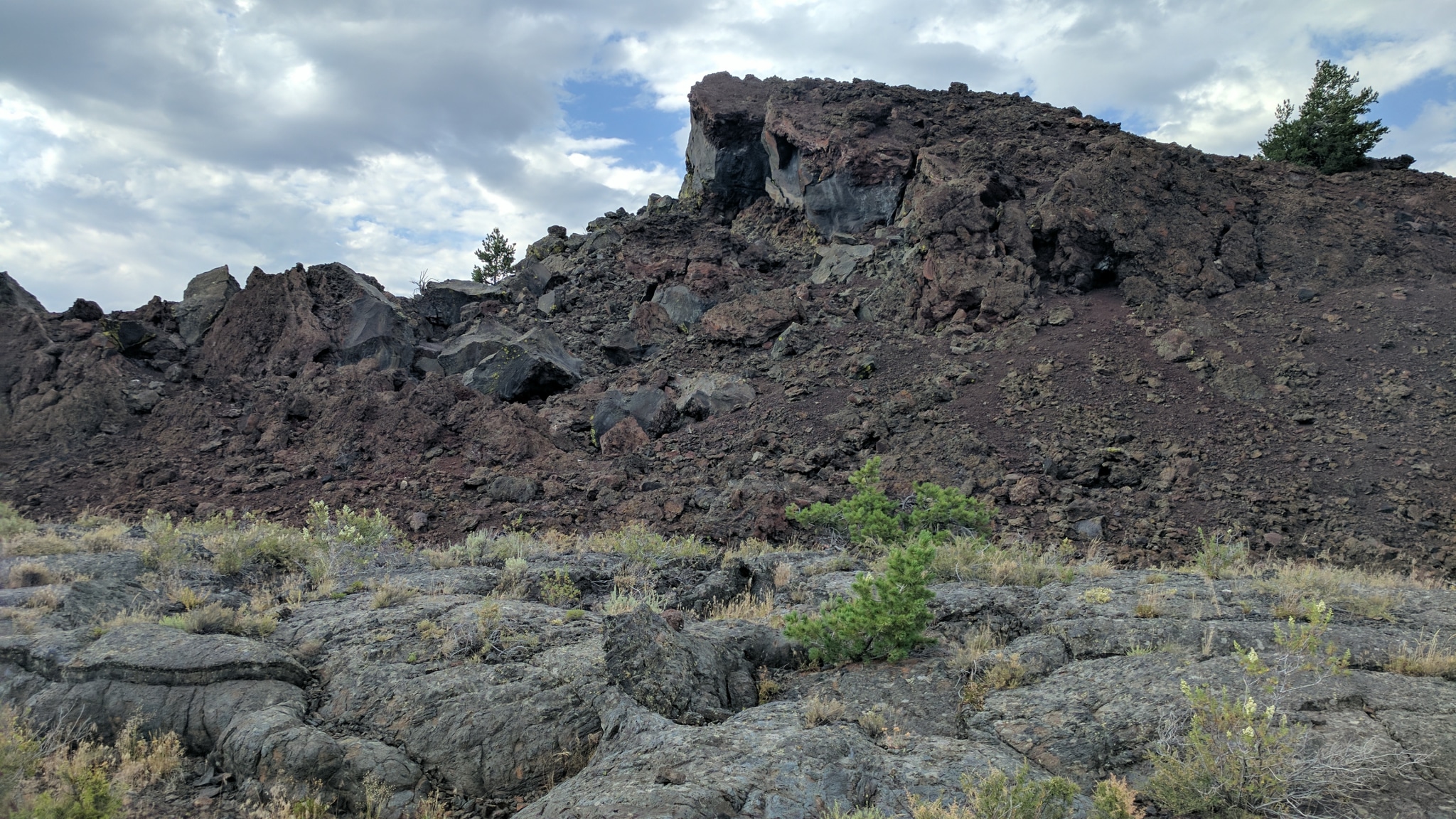 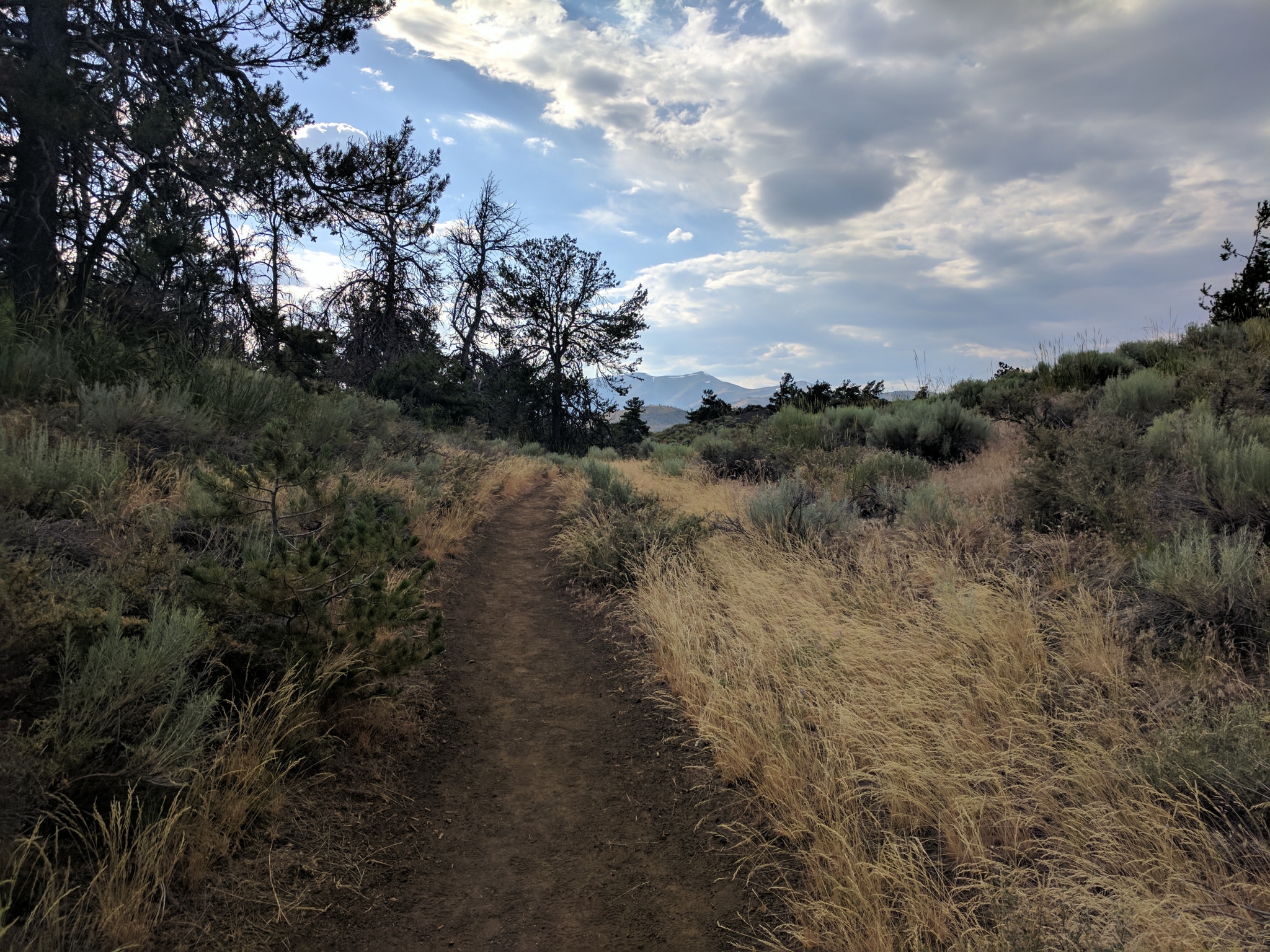 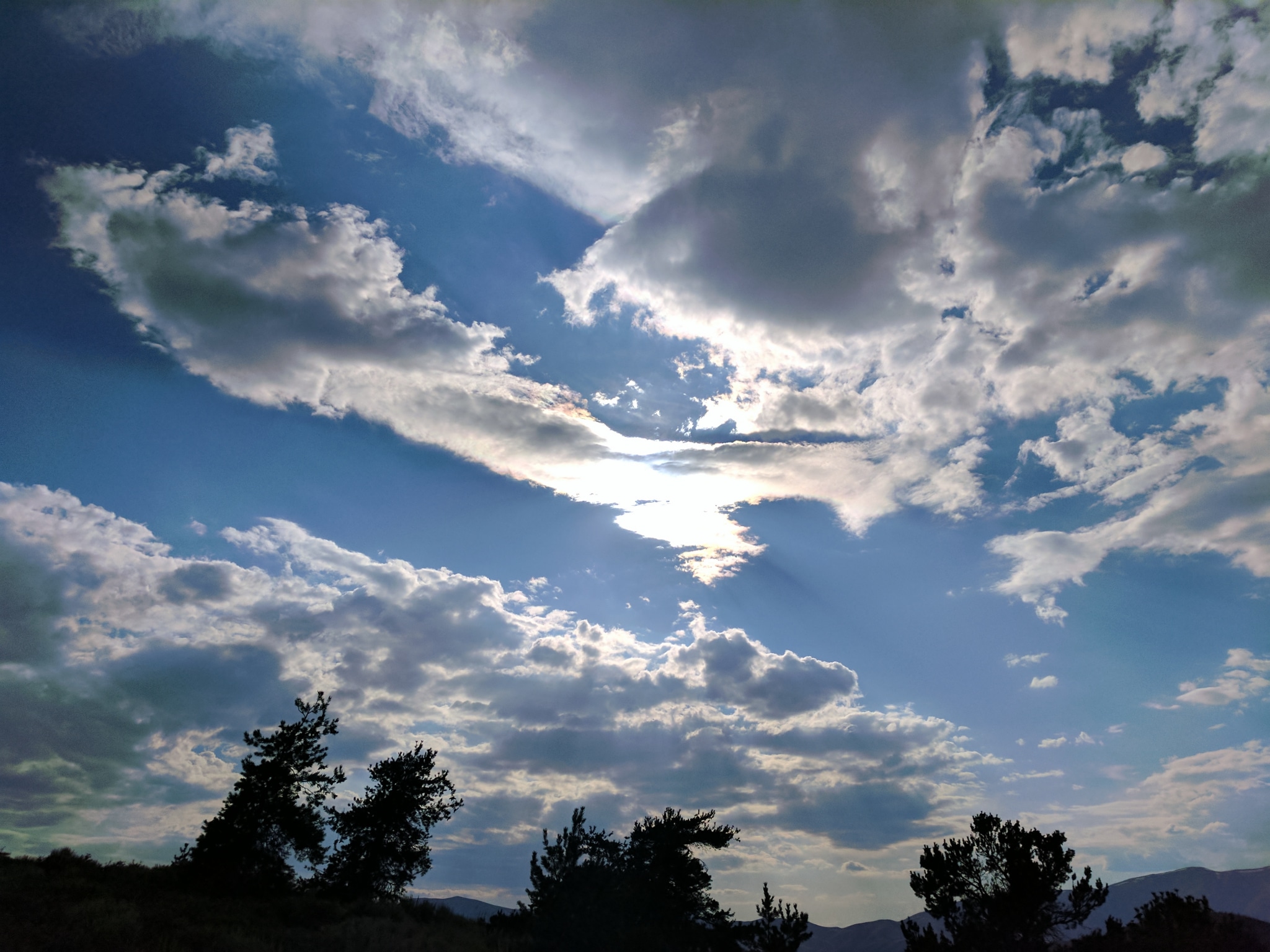 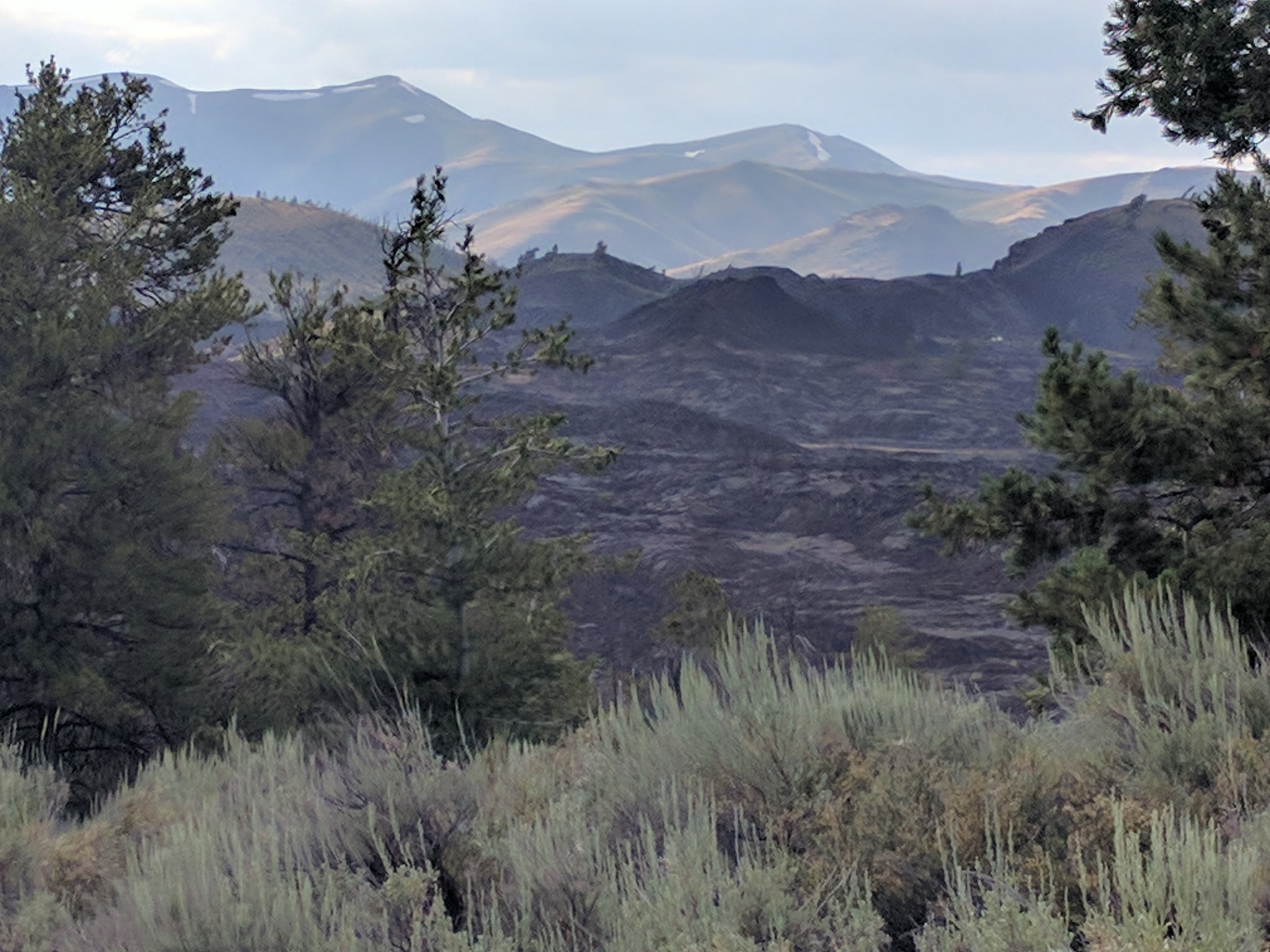 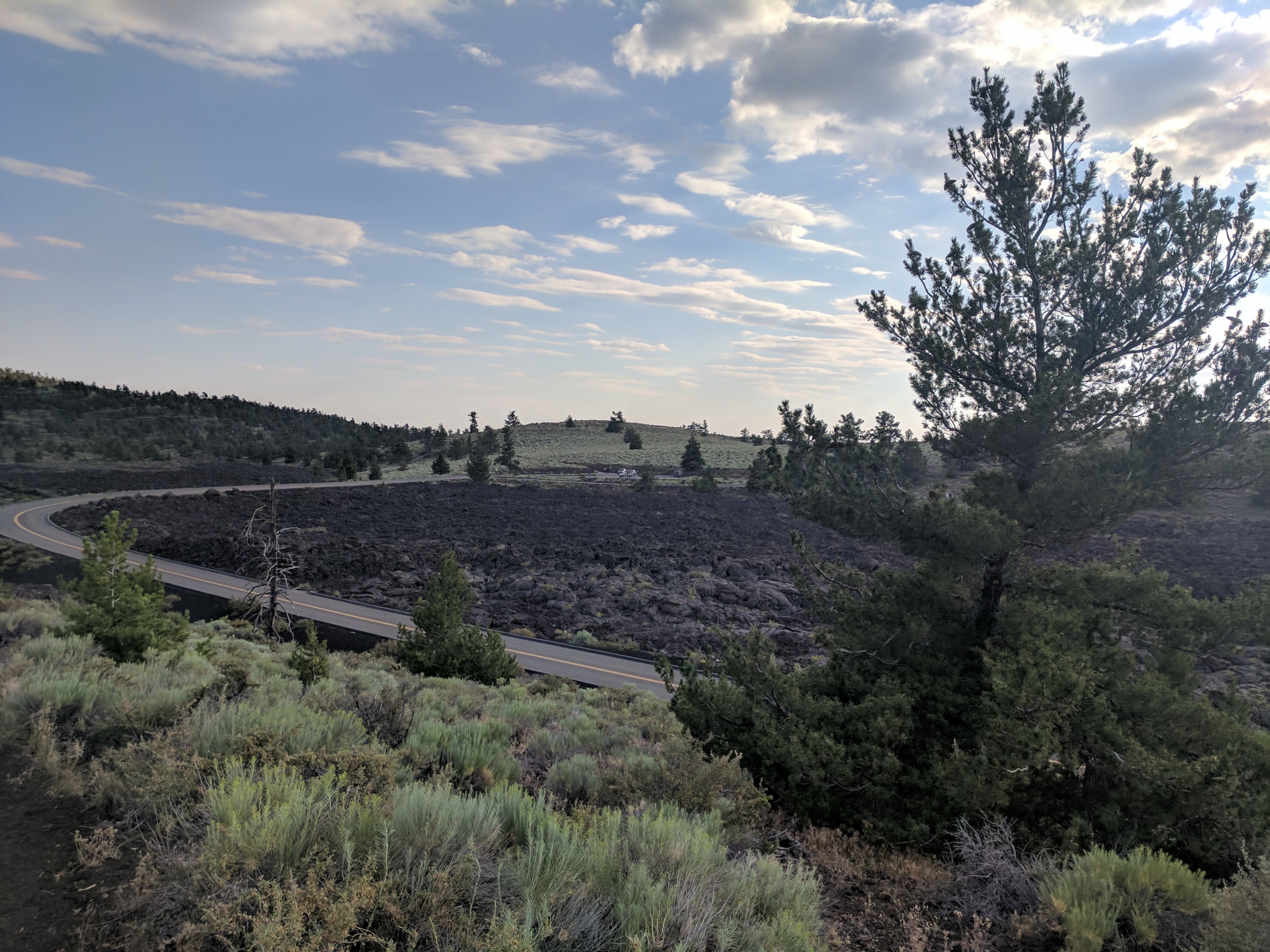 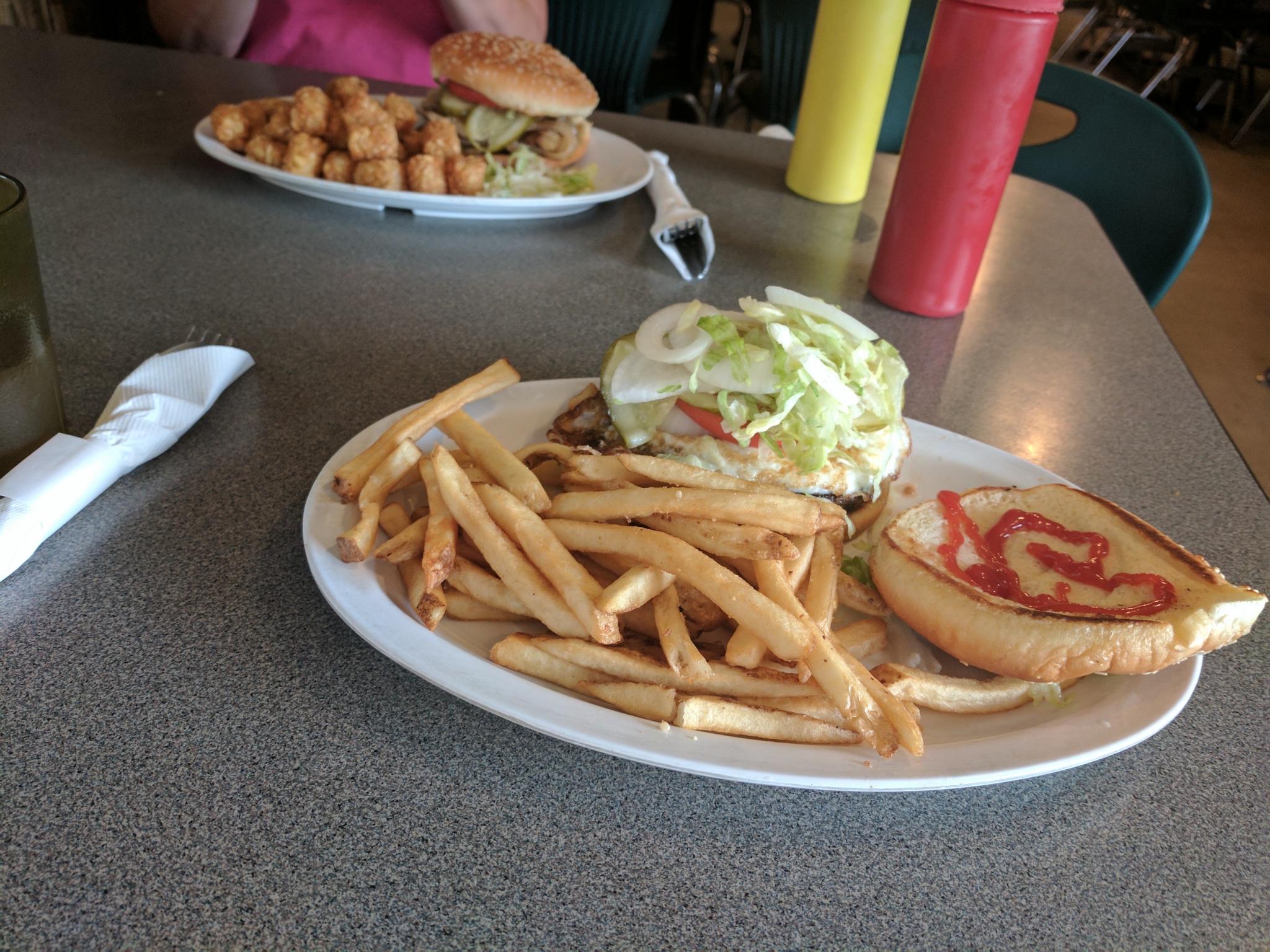