Hiking in the Tetons

Hiking in the Tetons

As today was going to be our last day in the Tetons, we decided to take one of the hikes that had been recommended to us. After packing up our campsite and saying our goodbyes to our lovely camp host, Glenda, we drove to Grand Teton National Park. Francis had decided he wanted to hike to Delta Lake. The pictures looked amazing and it was supposed to be less traveled than some of the other lakes. I had some concerns as it was a longer, more strenuous hike than we had taken in a while and it was not a maintained trail but I agreed to give it a try.

We parked at the trailhead and set off into the woods. The trail was pretty easy for the first mile or so then quickly started to climb uphill. My misgivings returned as my legs quickly became tired but we pressed on. There were a lot of hikers on the trail with us. The ones coming down assured the ones going up that the end was worth it, which was comforting. We stopped to rest and eat then kept climbing. Some fellow hikers suggested we go to Surprise and Amphitheater Lakes instead of Delta Lake. They said the other trails were better maintained and they thought those lakes were prettier. Francis wanted to stick to his original plan but as it turned out, we missed the entrance to the Delta trail so we ended up going to Surprise Lake. About a mile from the lake, Francis realized he had developed a large blister on his heel. I was exhausted by this point and would have happily turned back but he insisted we keep going. He limped along. Finally, we saw the snow that the other hikers had told us would let us know we had made it to our destination. The view of the snowy mountains and the sparkling lake was incredibly beautiful. There were people snowboarding down the mountain and others swimming in the lake. I had been ready to give up and hike back more than once but I am glad Francis encouraged me to keep going. I sat and enjoyed the view while he hiked the short distance to nearby Amphitheater Lake.

The hike back was all downhill so although it was long, it was easier. We should have brought more water because we were pretty thirsty as ours had run out by the end. Just as we were about to get in the car, some hikers came off the trail and told us they had just seen a baby brown bear. Francis went back to take a look but I stayed where I was. Frankly, I was so tired by that point, unless that baby bear was giving out $1000 bills, I was not interested. Francis came back with a great video so he was happy he went. Check out the video below.

Tired and with sore legs and feet, we still needed to find a place to spend the night. We started hiking at 10 am and got back to the car at 6 pm. We decided to drive the couple hours into Idaho Falls and find a cheap motel. We wanted showers and a bed for the night. Hungry after our long hike, we stopped for dinner at a Mexican restaurant called Let’s Taco Bout It. We were served by the owner’s son, a very friendly young man around 13 or so. We had large burritos and big bottles of Sprite, the Mexican kind with real sugar. As good as the food was, I was falling asleep in my plate. We took our leftovers to go and headed to our hotel.

The best deal we could find was Motel West in Idaho Falls. The wifi was weak and the hot water ran out before I could finish my bath but we were too tired to care very much. 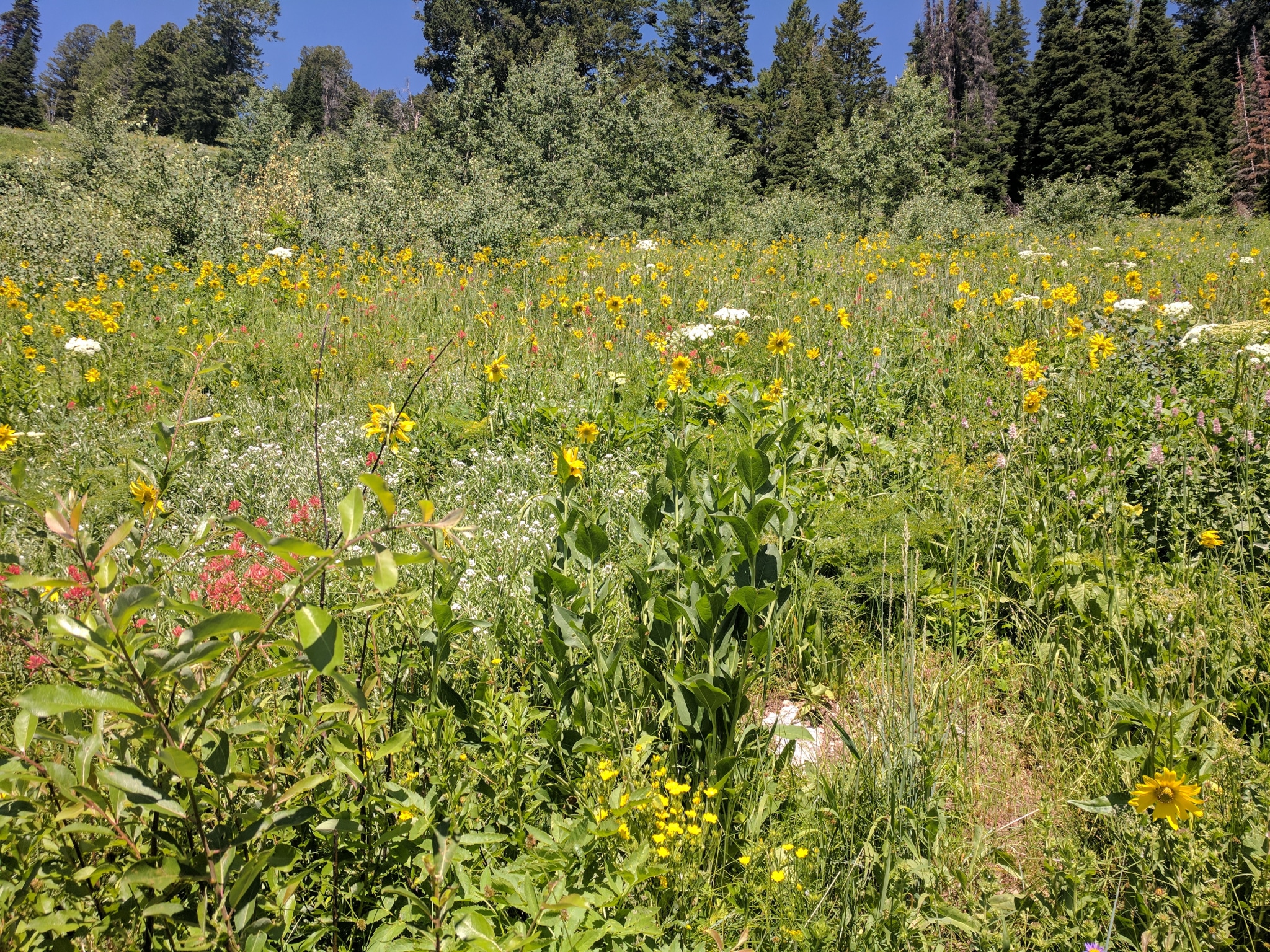 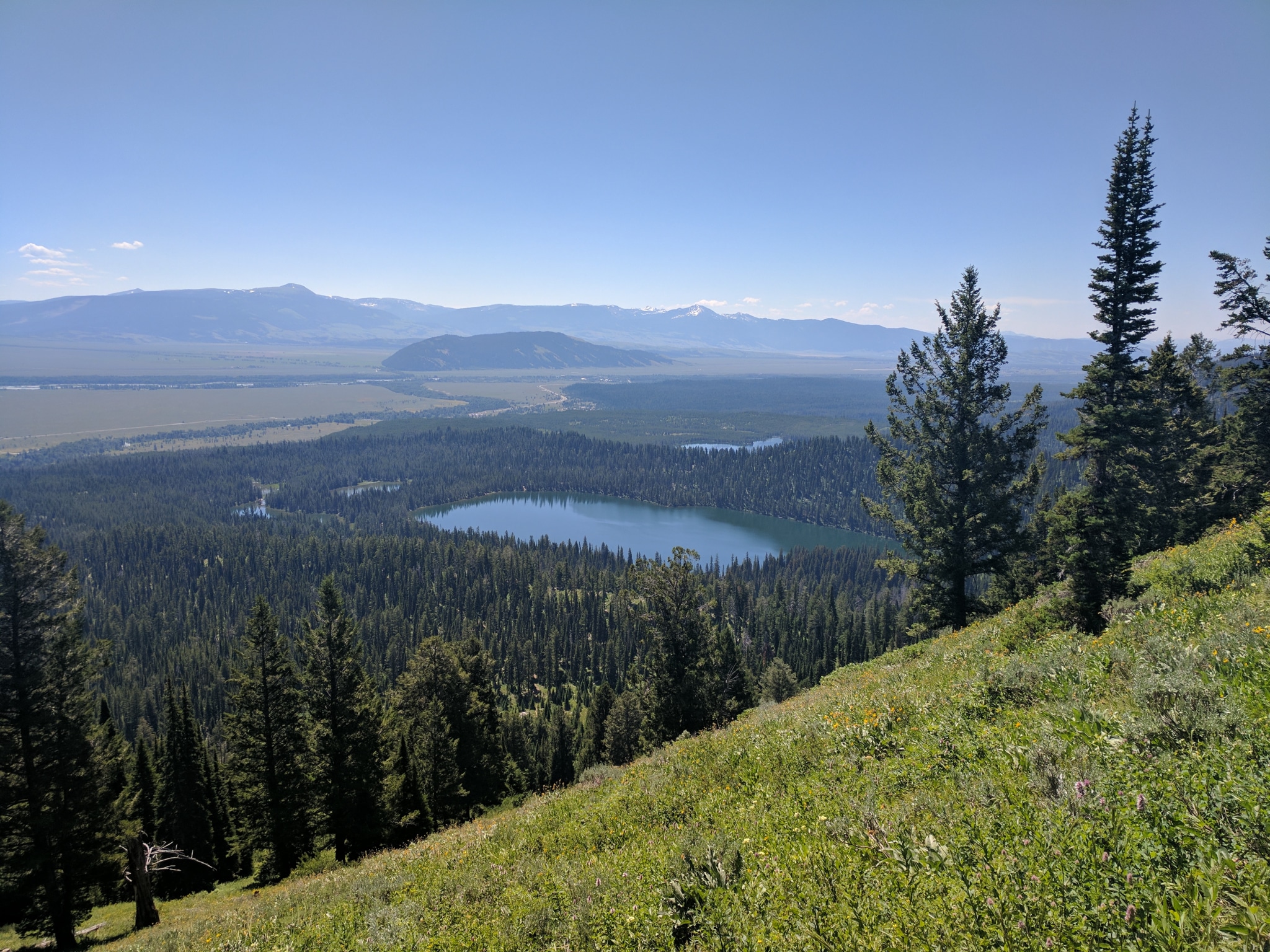 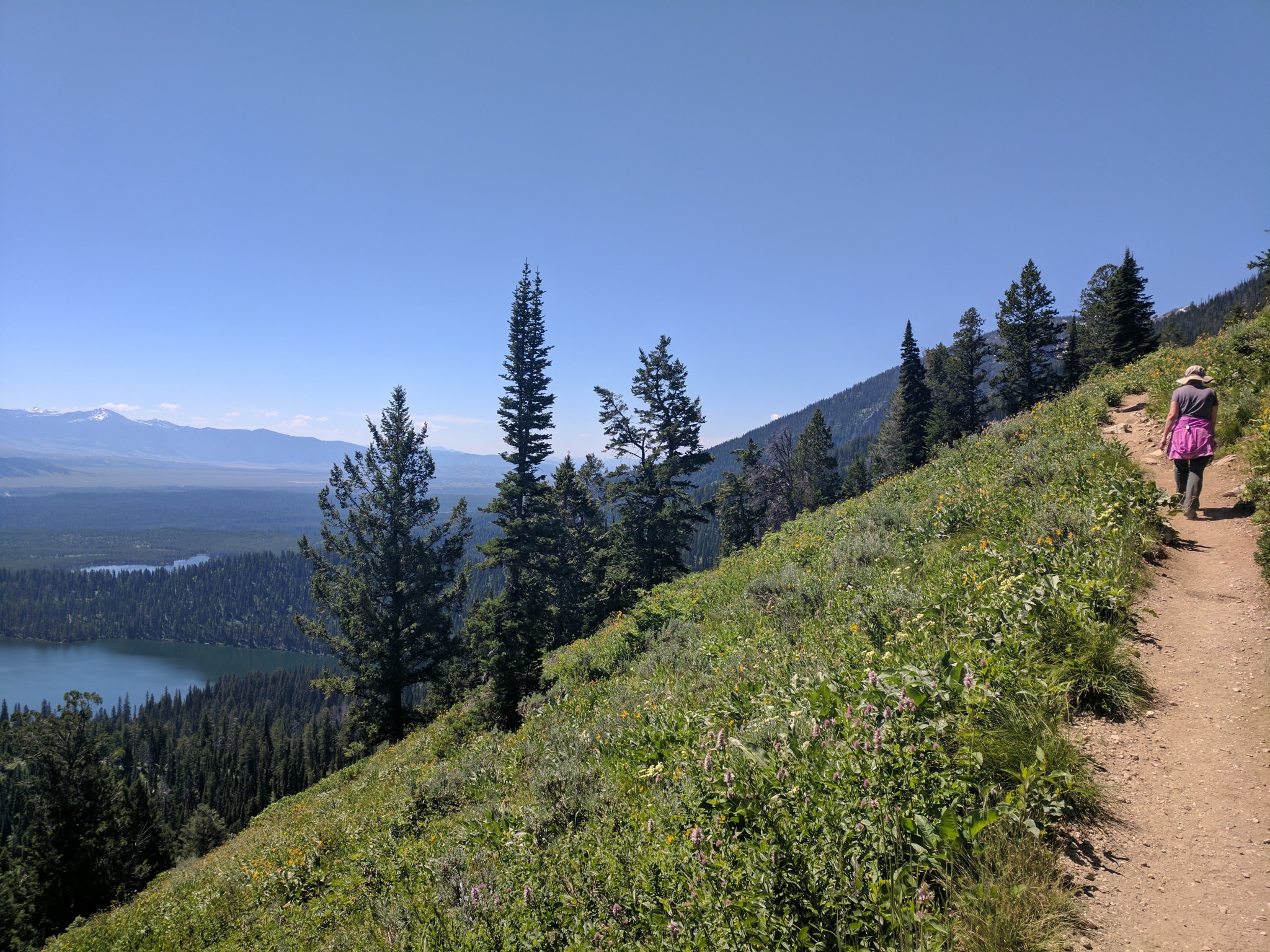 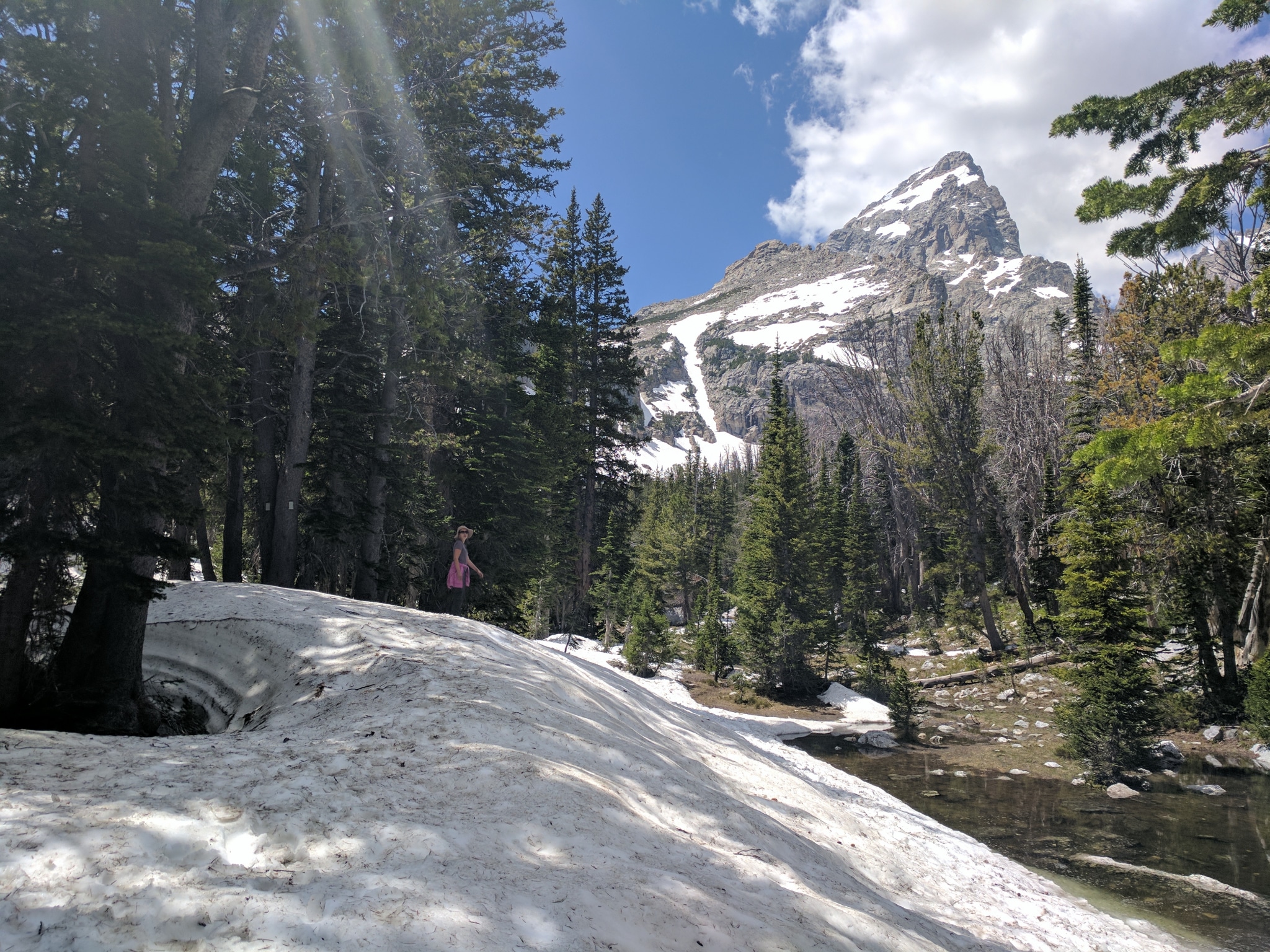 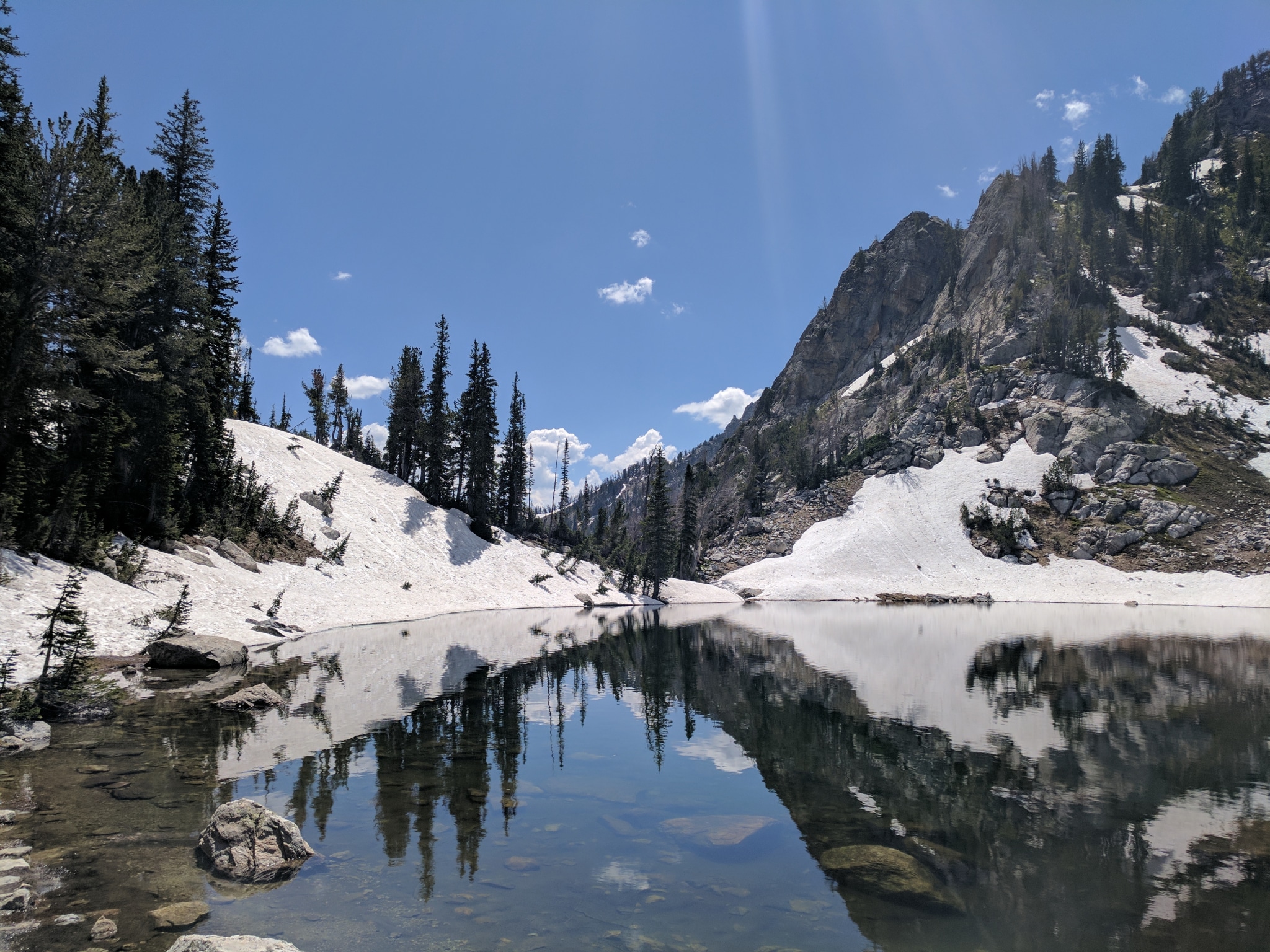 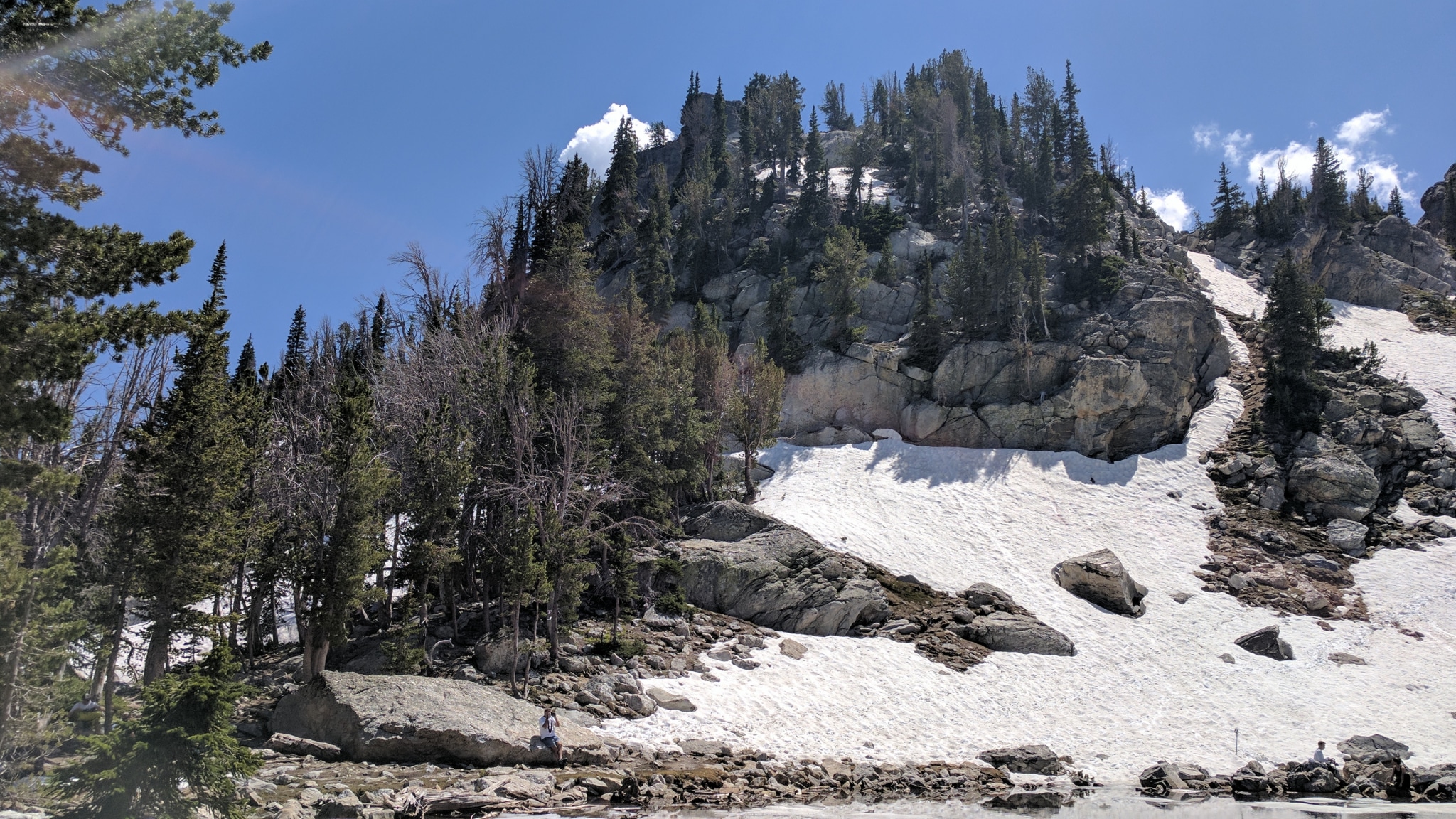 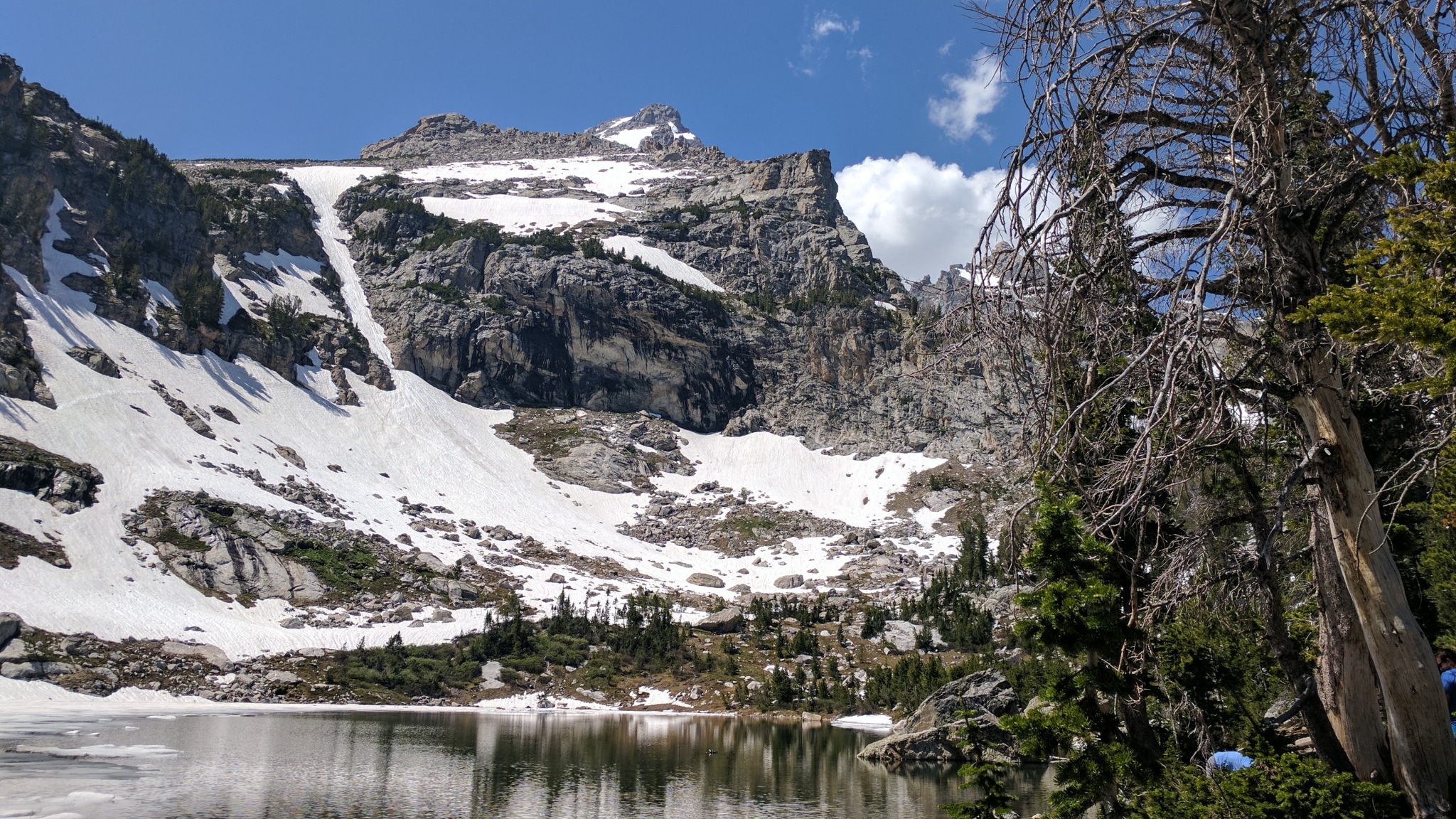 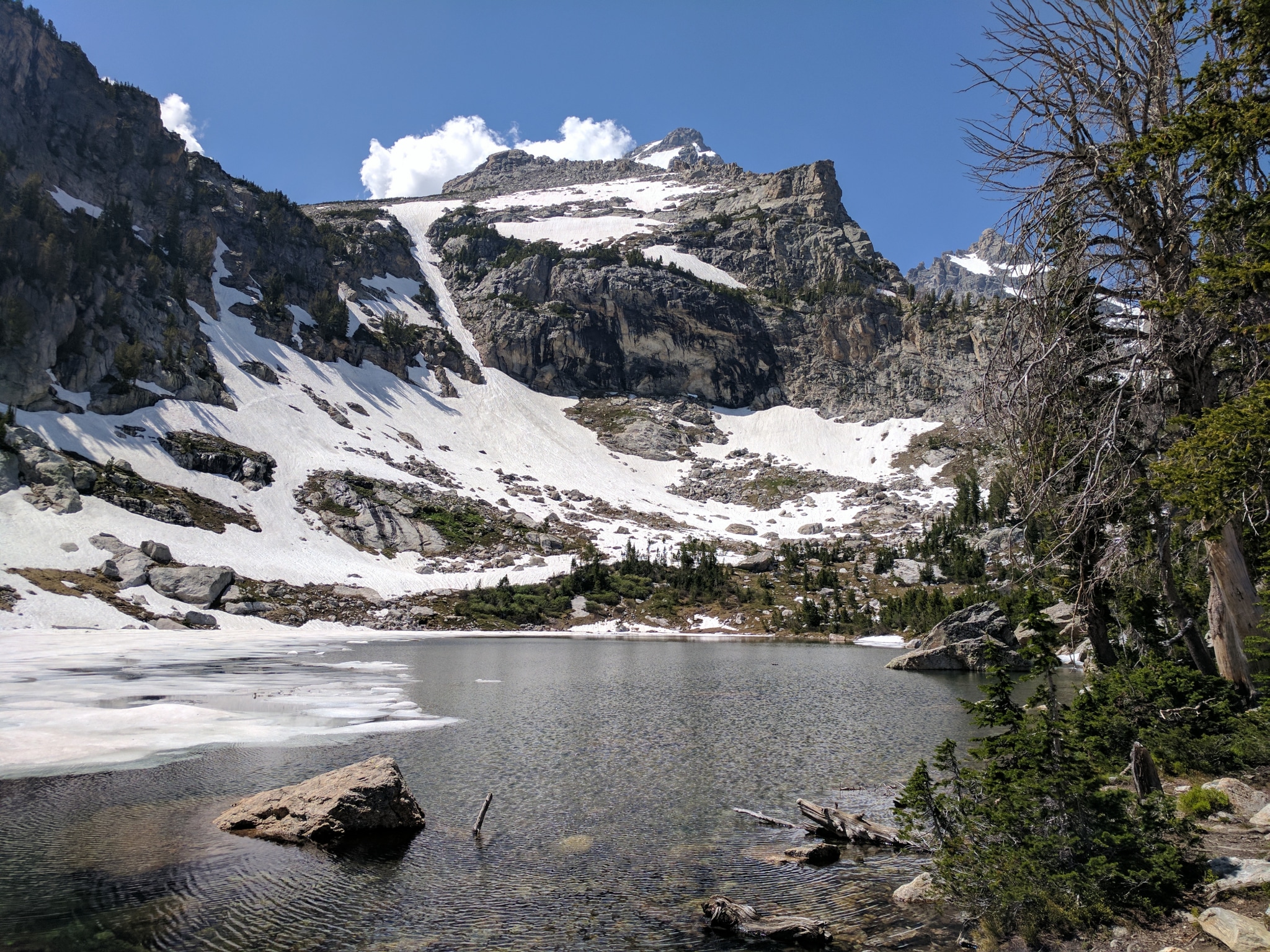 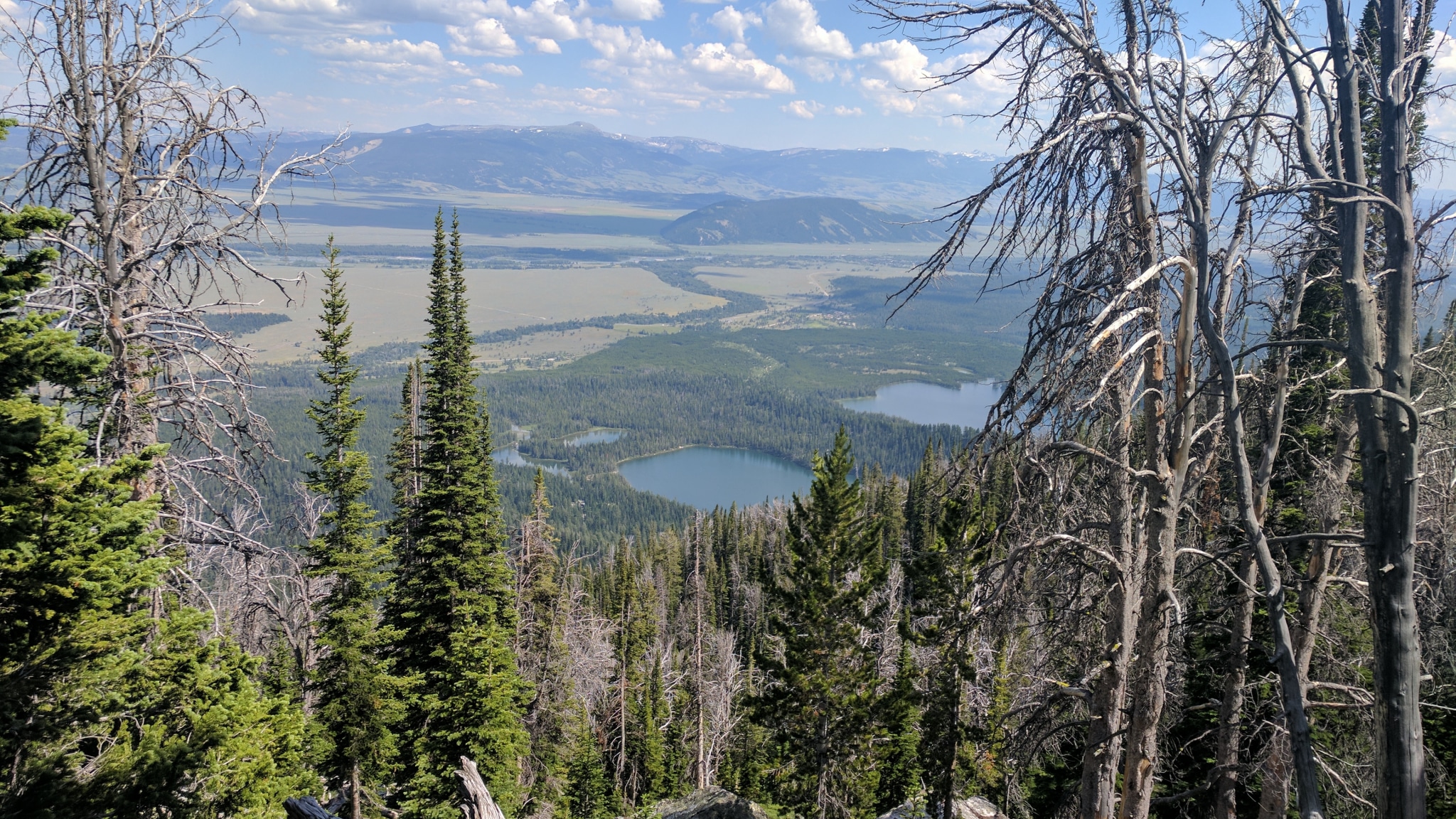 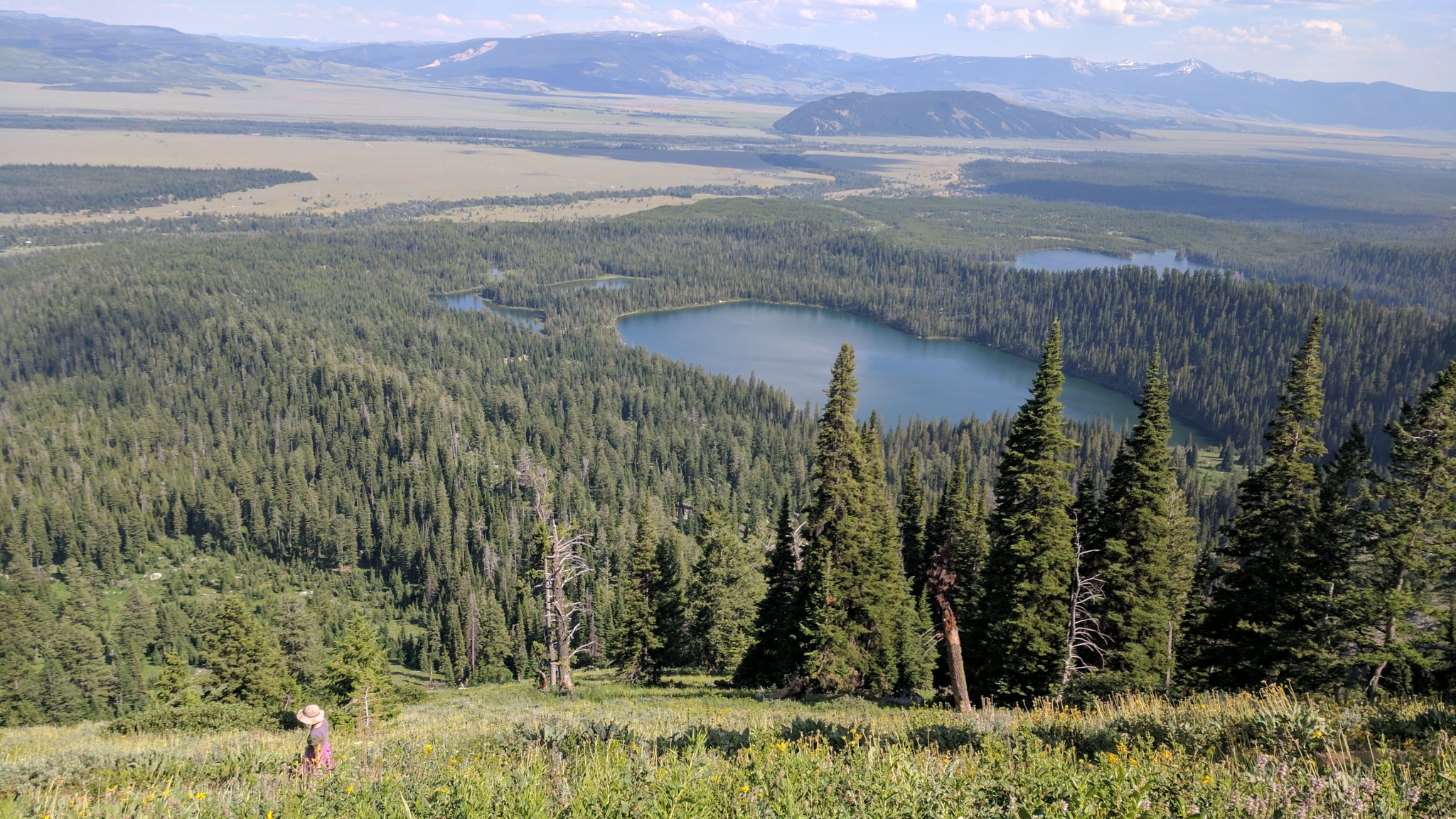 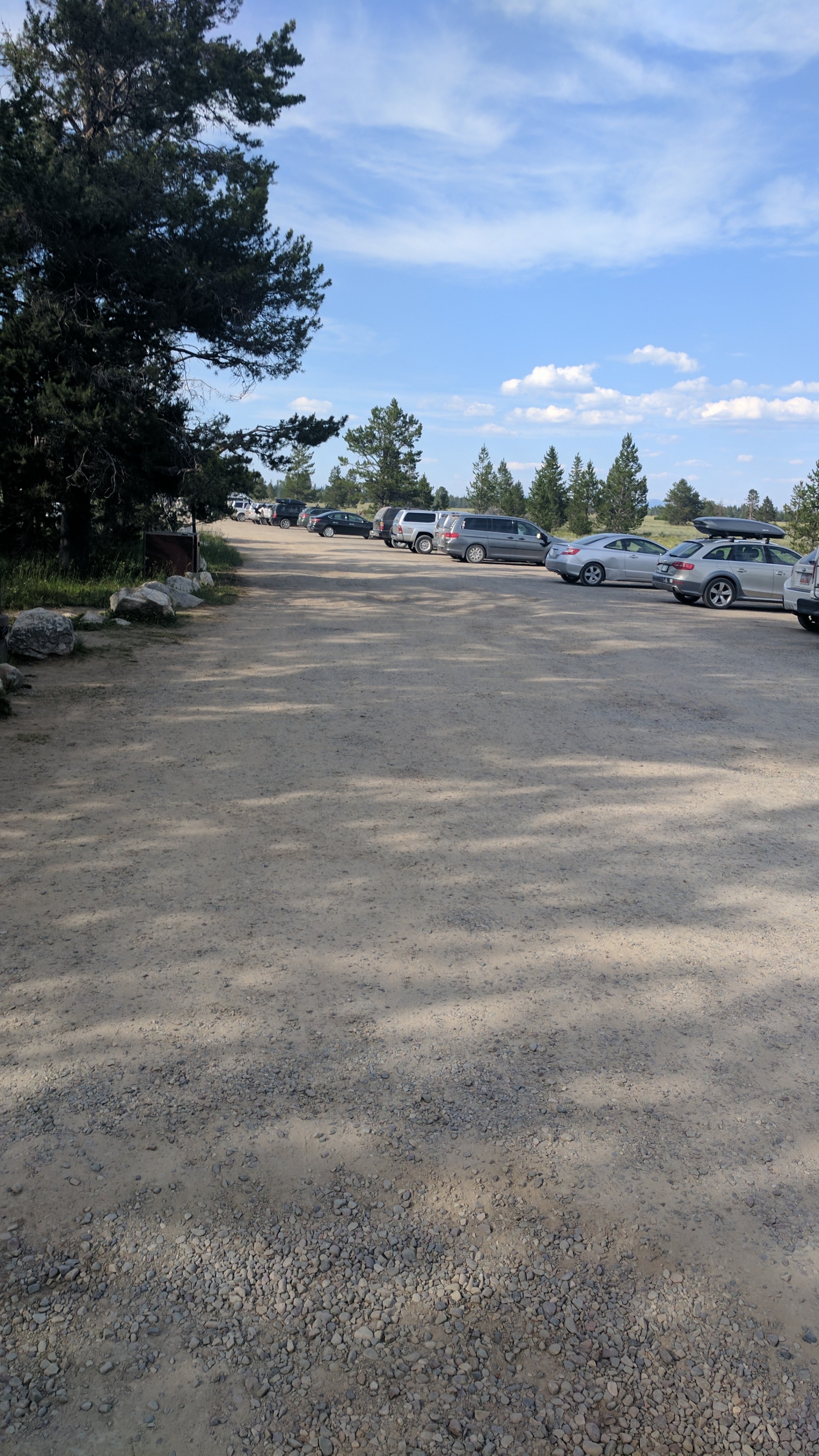 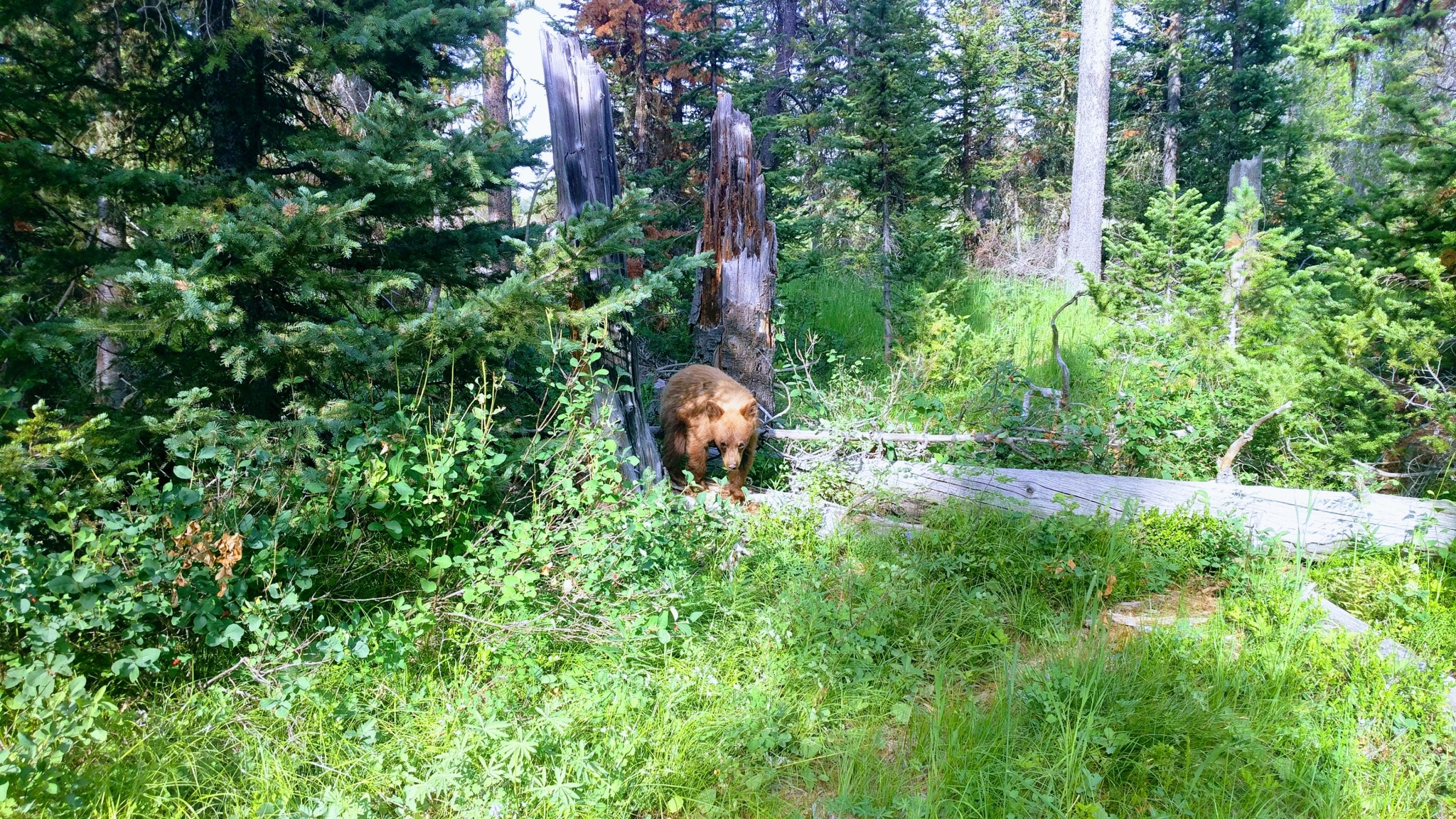 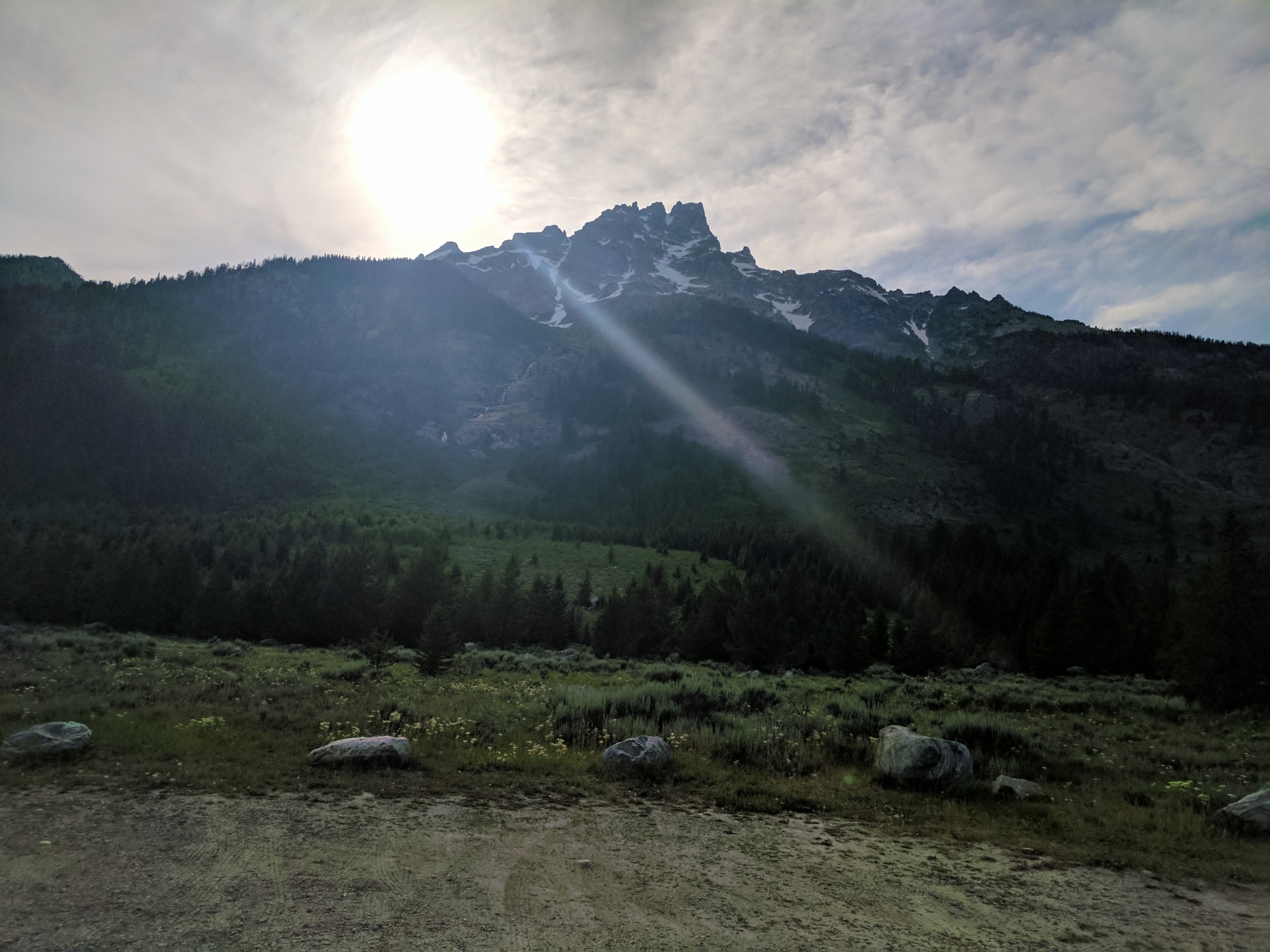 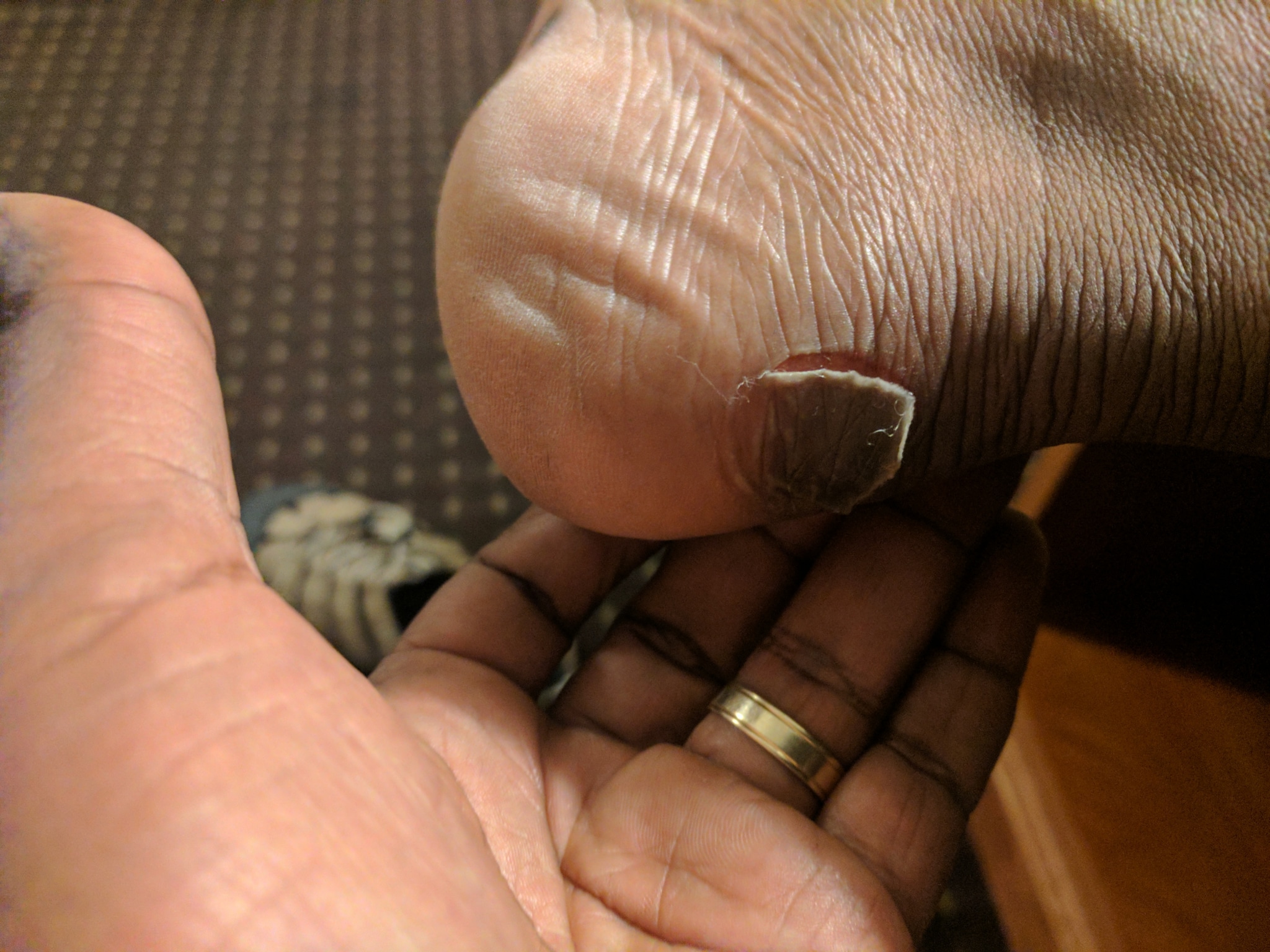 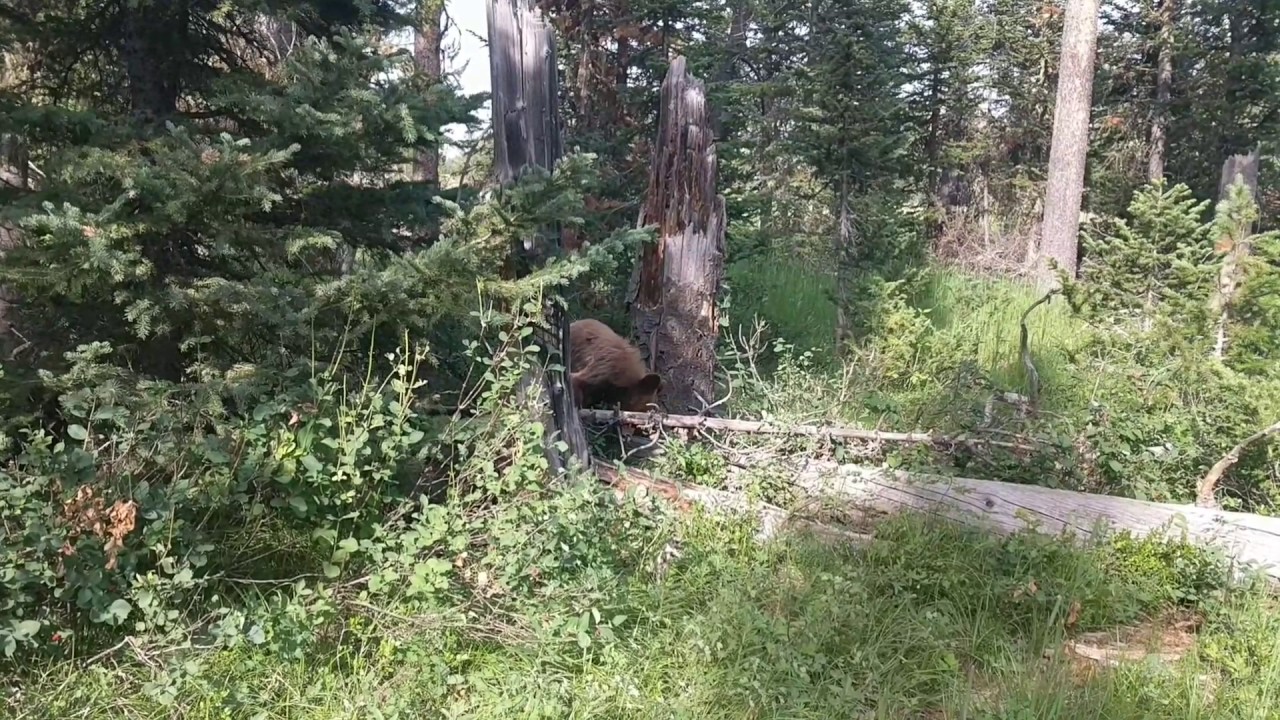