Heading towards the Grand Tetons

Heading towards the Grand Tetons

As beautiful as our campsite in the Shoshone National Forest was, the mosquitos were out in full force! We took a few more pictures, then packed up and headed out towards the Grand Tetons. We have driven through the Tetons a couple of times but never spent much time there.

We stopped at a coffee shop called The Perch in the small town of Dubois. The barista told us the town originally wanted to be called “No Sweat” but the founders were told no they had to call it Dubois after some important French guy. They reluctantly agreed but decided they would pronounce it “Dewboys” rather than the French pronunciation. I have no idea how true the story is but it was entertaining. There was a good crowd of people in and out of the coffee shop the whole time we were there. We met another couple who also travel together most of the year and only work in the winter.

It was time to start thinking about a place to stay for the night. After exploring a few different options, we ended up at Hatchet Campground very close to Grand Tetons National Park. There were some free sites right up the road but they did not have water or a restroom, and the mosquitos were much worse so we decided to spring for the $12.00 a night and stay for a few days. While we were checking out the possible campsites, we came upon a beautiful spot called Picture Point which had an incredible view. We met an artist named Kathy there and she gave us some tips on places to go and where we could get a shower and do some laundry nearby.

Our very friendly camp host, Glenda, got us checked in and gave us some great information about the area including the difference between black bears and brown bears and the huge crowd expected for the upcoming solar eclipse.

We got our tent set up and grilled some steak for dinner. After dinner, we headed back up to Picture Point to see the sunset. We met a couple from Indiana who was camping there for the night. As beautiful as it was, the mosquitos made me glad we had decided on the campground. There were mosquitos there too but not nearly as intense.

Back at our campsite, we got a fire started partly because the night air was cool but mostly to discourage the bugs. Our neighbor, King, from the site next to ours came to join us. He was riding his motorcycle from South Carolina to Seattle, Washington. From there he was flying to Vietnam to teach English. We had a good time swapping travel stories and I have to say I was intrigued by the idea of spending some time teaching English in another country. Maybe that will be our next trip. 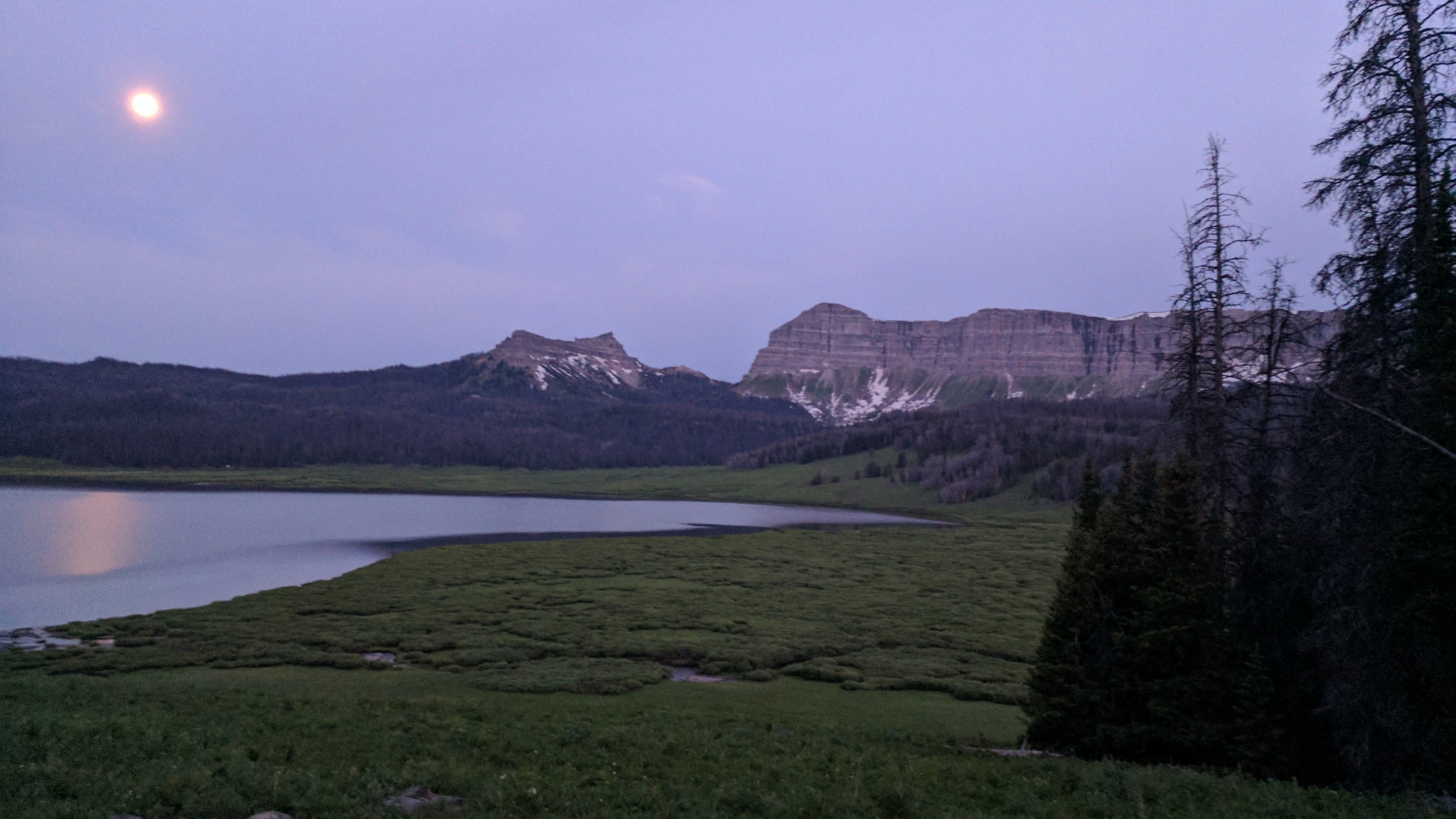 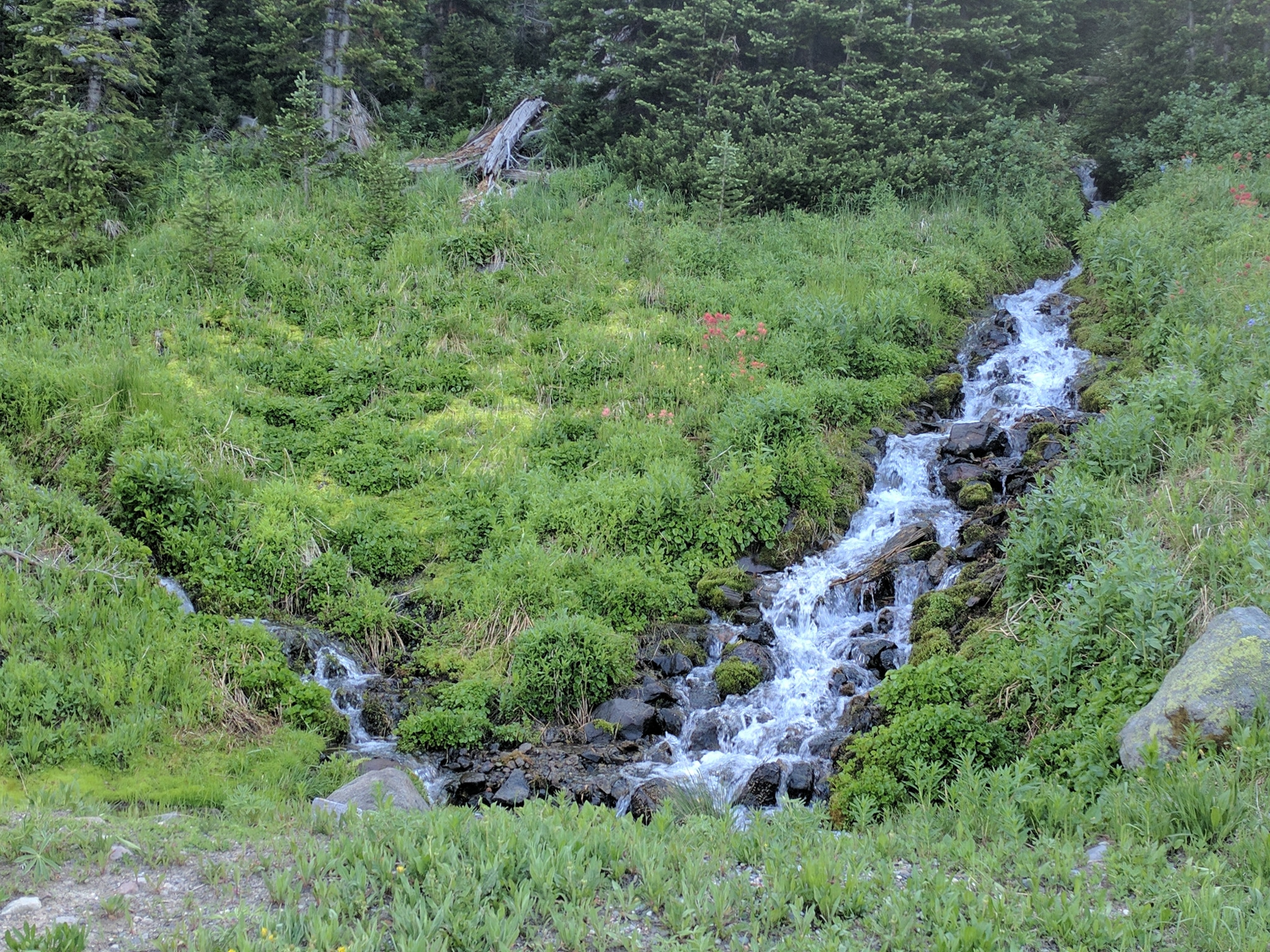 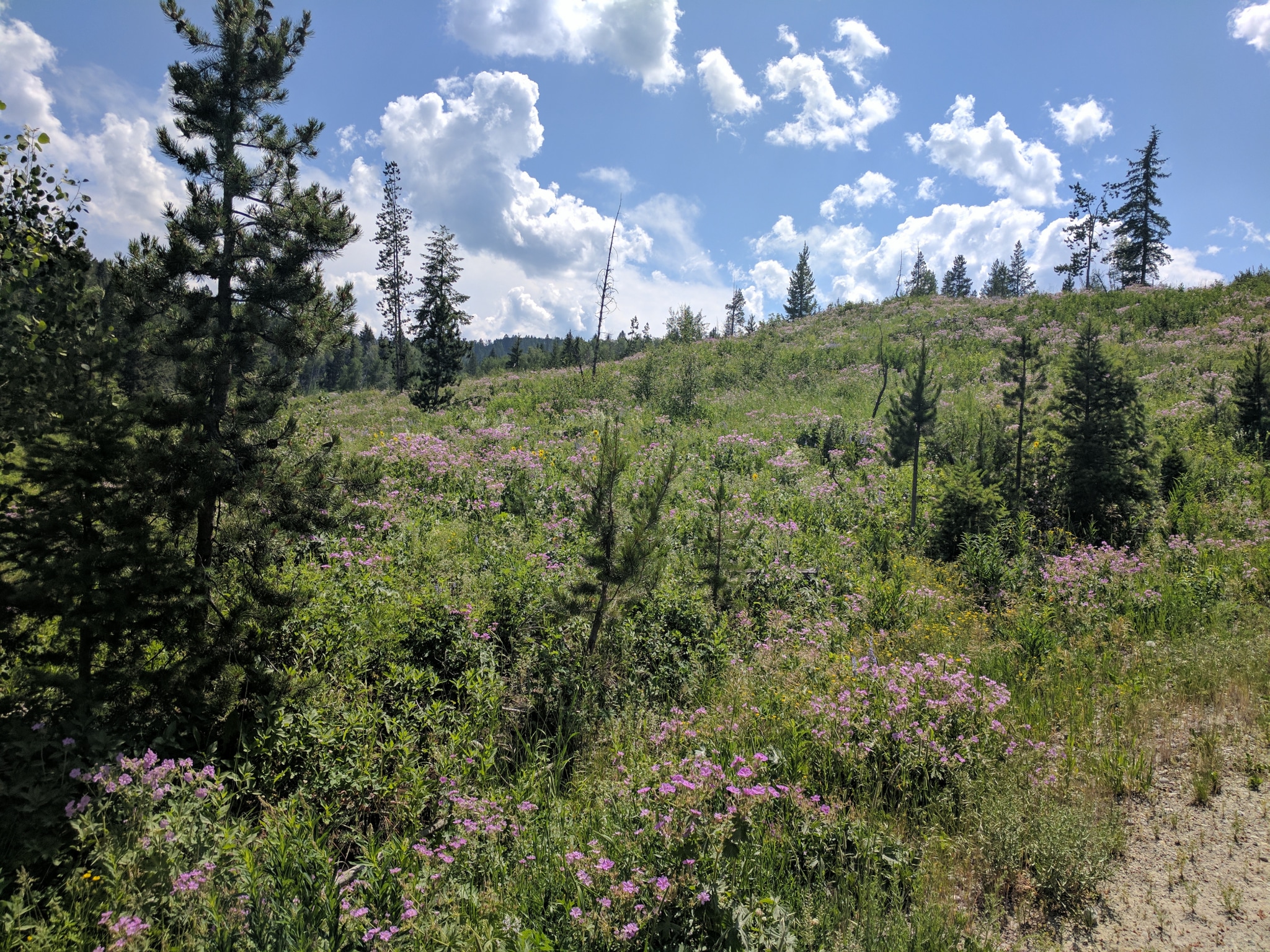 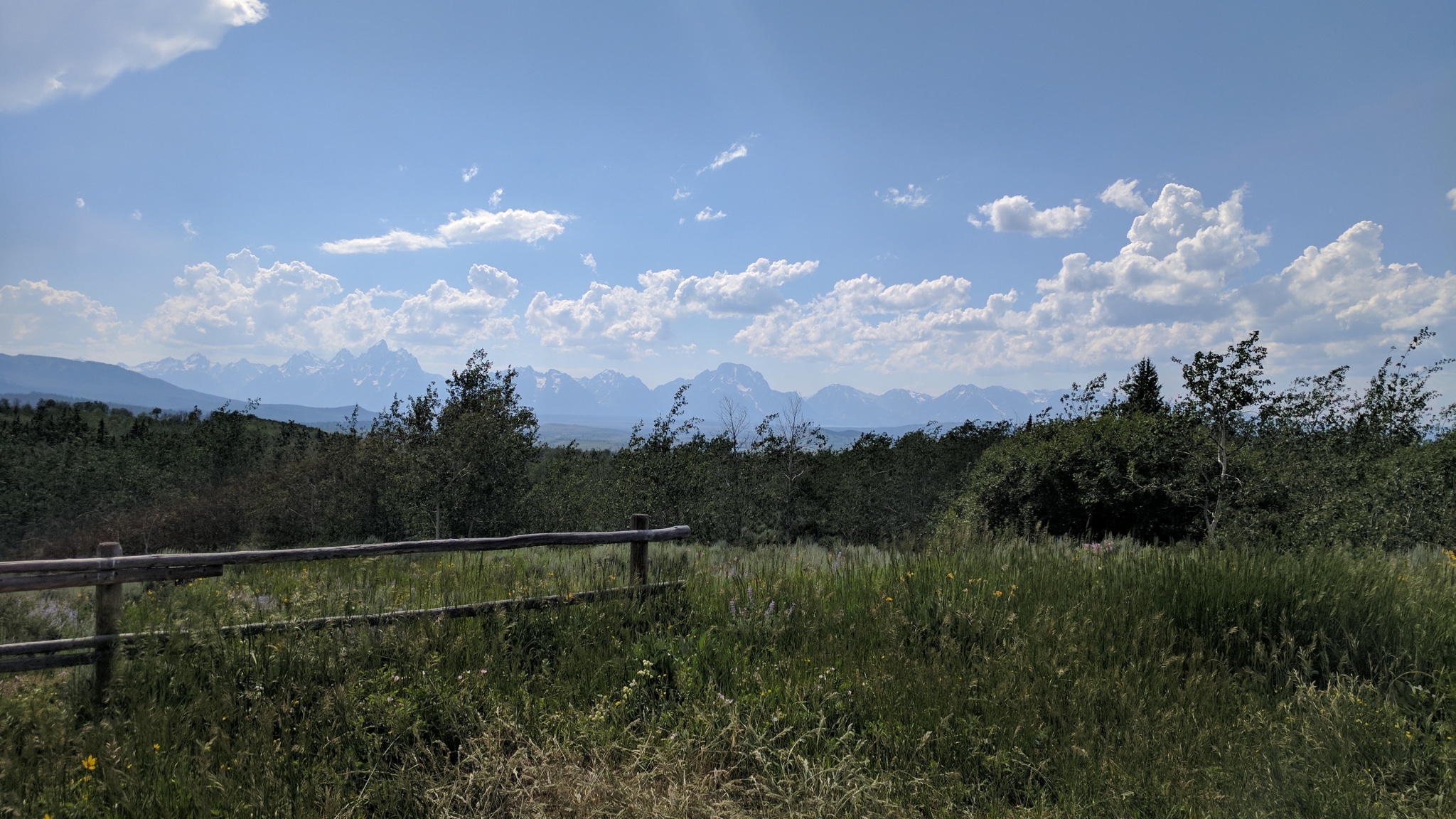 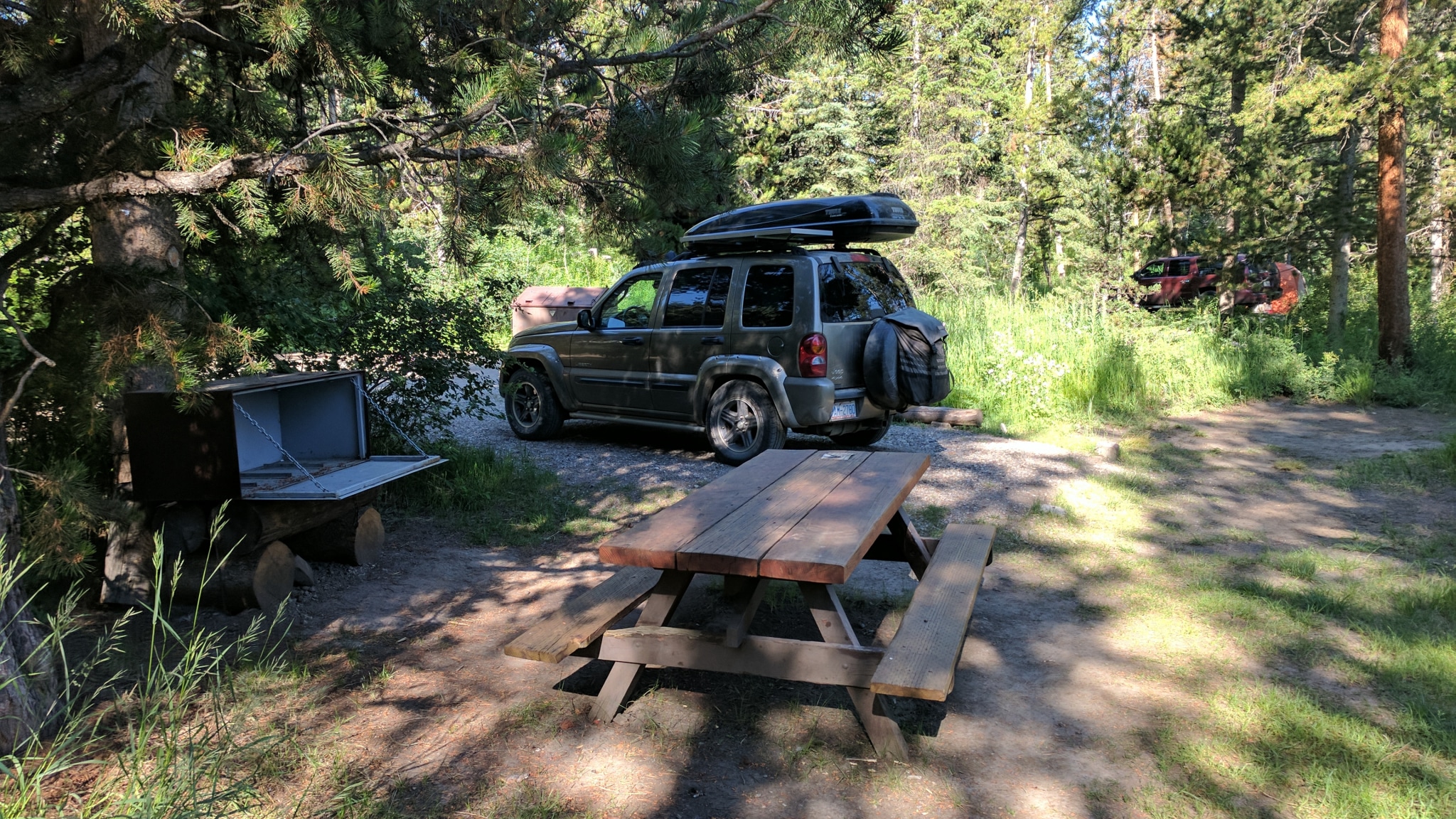 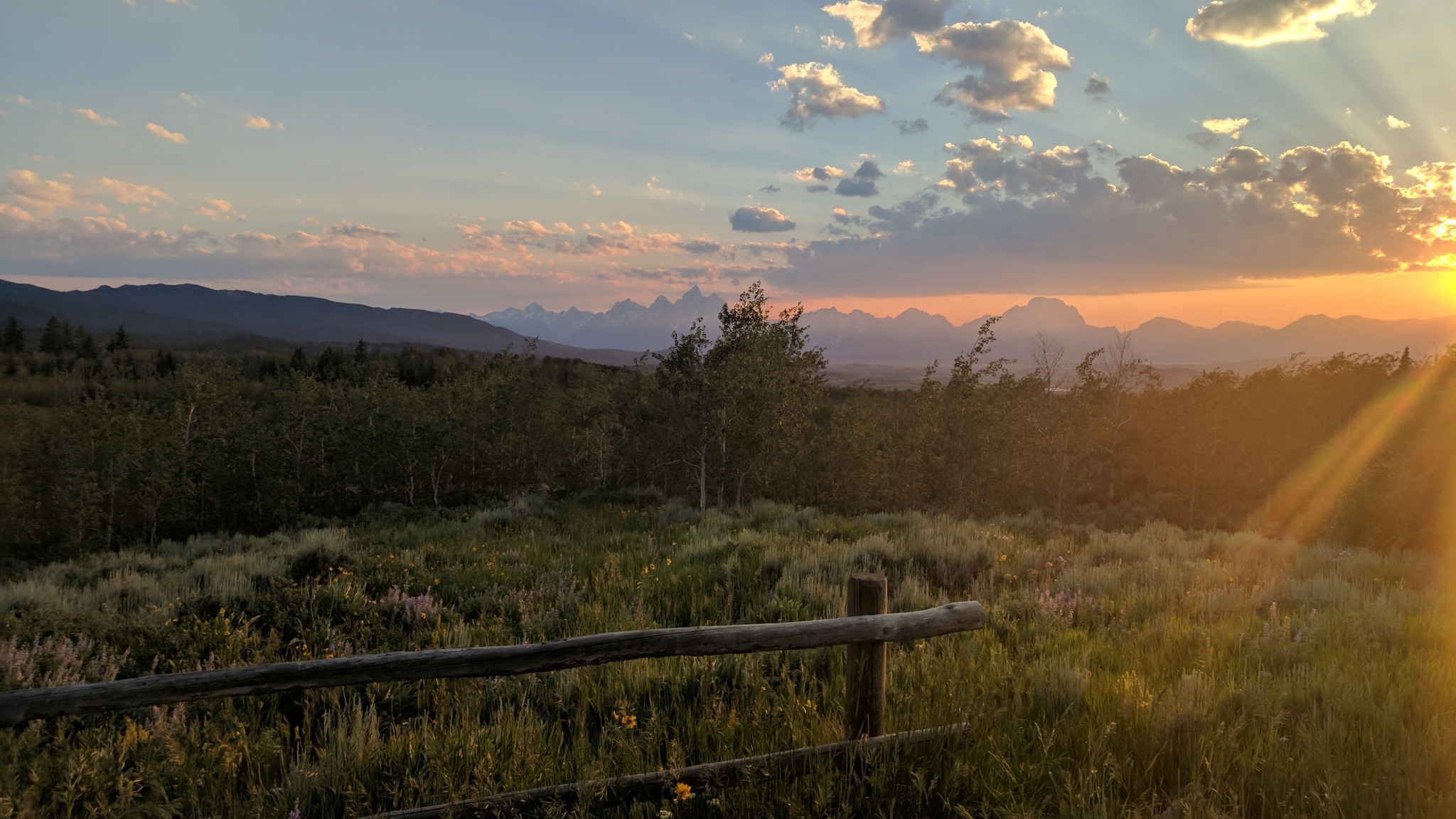 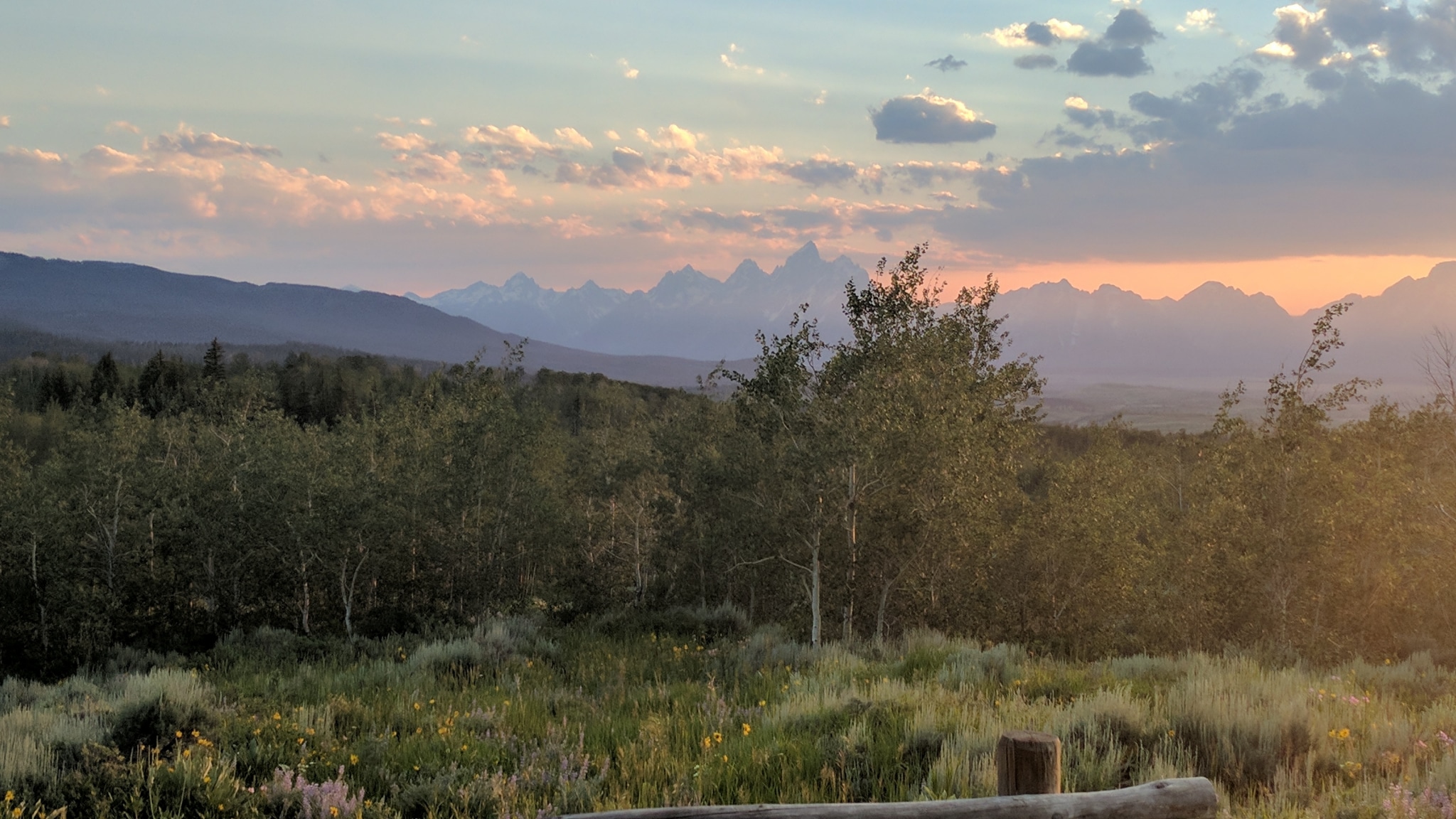 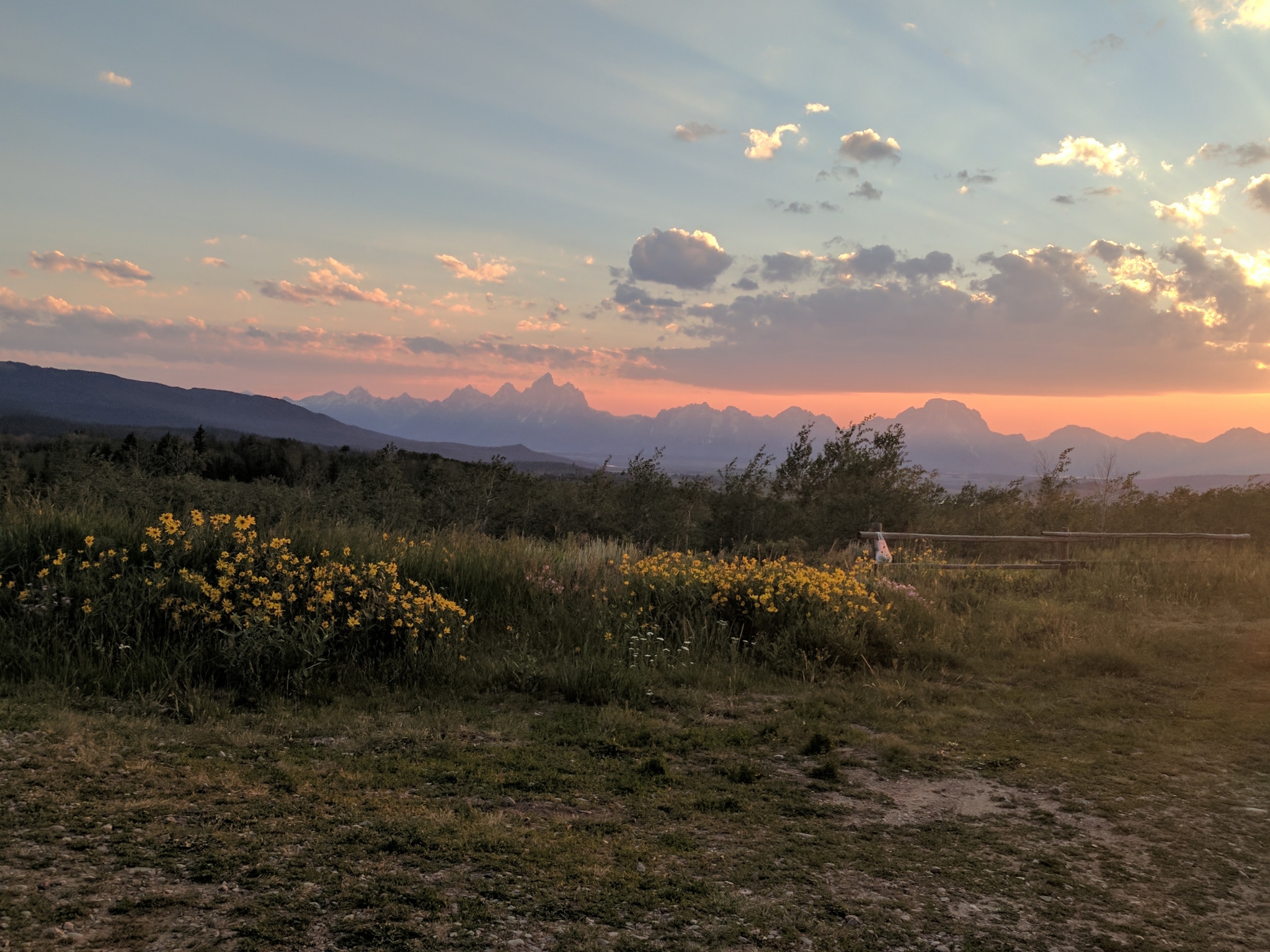 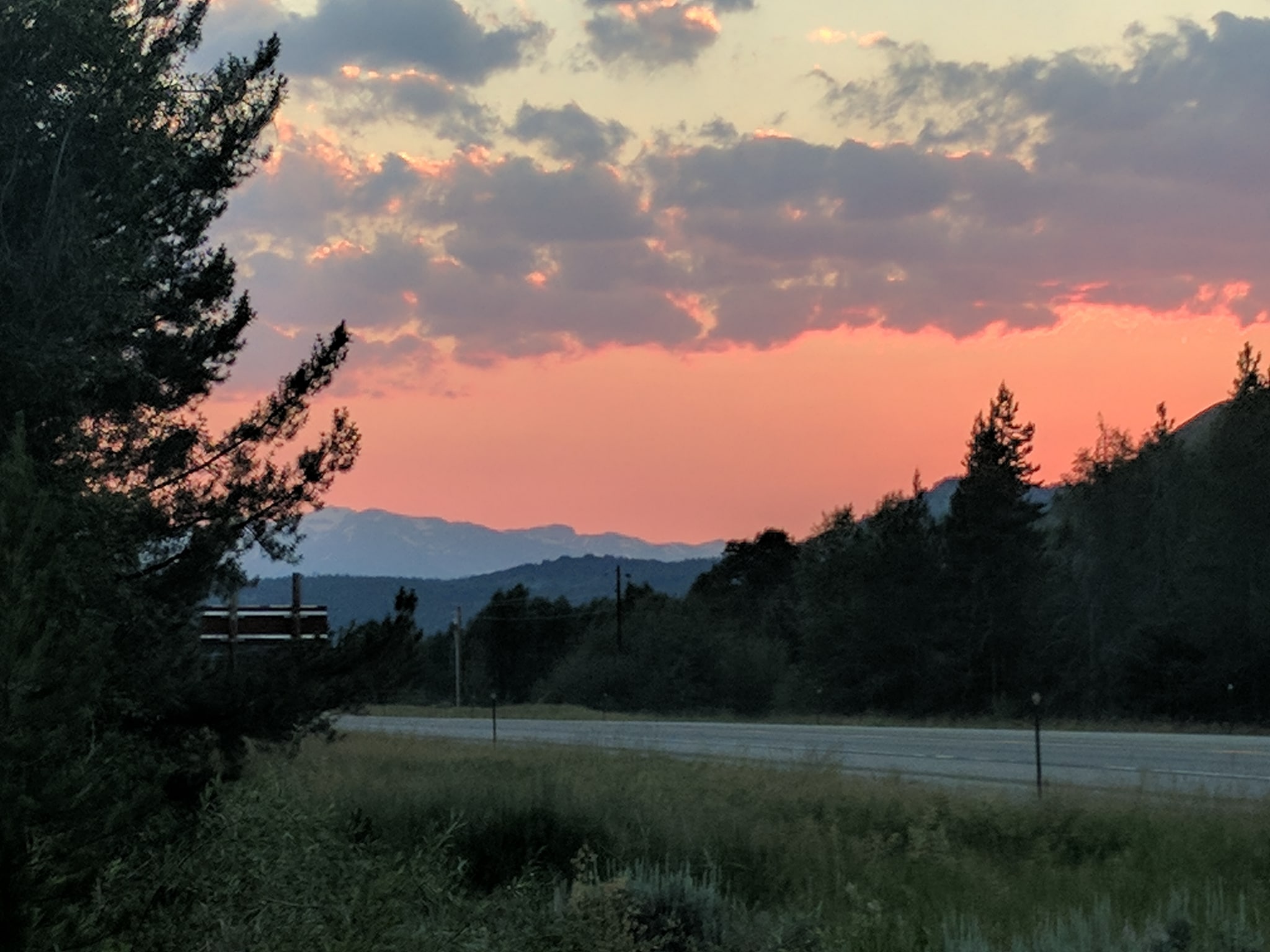