Our secluded campsite at Seeley Lake was so beautiful we hated to leave it, but we were determined to make it to Glacier National Park that day. We were there in June of 2015 and had an amazing time. The views were incredible, we hiked to a backcountry campsite, kayaked on a gorgeous turquoise lake, and had numerous wildlife encounters including seeing a grizzly bear. We were looking forward to visiting again.

We stopped at Glacier Perks Coffee House in Lakeside Montana for coffee, a late breakfast, and wifi. Francis had a huge cinnamon roll and I had the most delicious triple berry scone. It was actually the best scone I have ever had. They gave us mugs for our coffee and said, “Help yourselves to as much coffee as you want.” I knew right away this was the place for me.

A couple hours later, full of coffee and baked goods, we continued our journey toward the park. It was late enough in the day that our goal was to find a campsite for the night and start exploring the next day. We were excited to find a free spot just a little outside the park. We had plenty of privacy and internet signal so that was good enough for us.

The next morning we headed into the park planning to revisit some of the places we had been on our last visit and find a new spot to spend the night. We set off for Cyclone Lake which Francis thought might have been a place we had been but the road was closed due to the wildfires. The ranger we spoke to suggested we try Red Meadow instead. As soon as he said it, I remembered the name and knew it was the place we were looking for. It is a long drive through the park and into Polebridge but it is worth the drive. The view of the lake, mountains, and wildflowers is incredibly beautiful. There are even nice free campsites available. We considered staying but decided to keep looking for a place with internet signal. Some fellow campers suggested another lake a few miles up the road. When we got there, we recognized it as a place we had stayed on our previous visit. We had forgotten about it until we saw it again. We thought about staying just for the memories but we still wanted signal. We got some suggestions from a couple who were camping with their two adorable dachshunds. We figured we would look a little longer for a good spot and head back to the place we had stayed the night before if we did not find anything.

Happily, we found a nice spot in Columbia Falls. It was right near a little beach and restroom but our spot was tucked into the woods a bit so we still had some privacy. Tired from a long day of driving, it was not long before we were ready for bed. 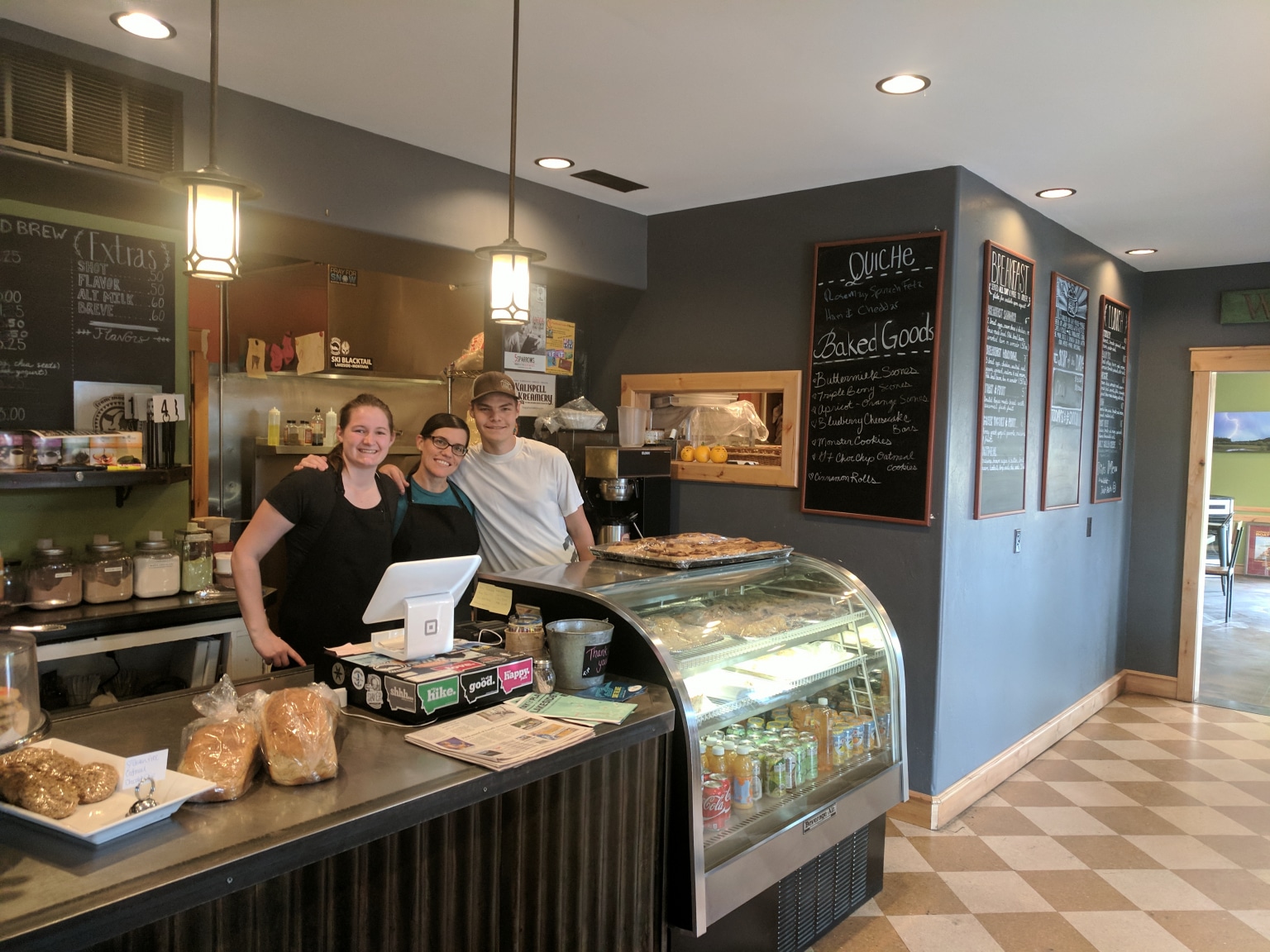 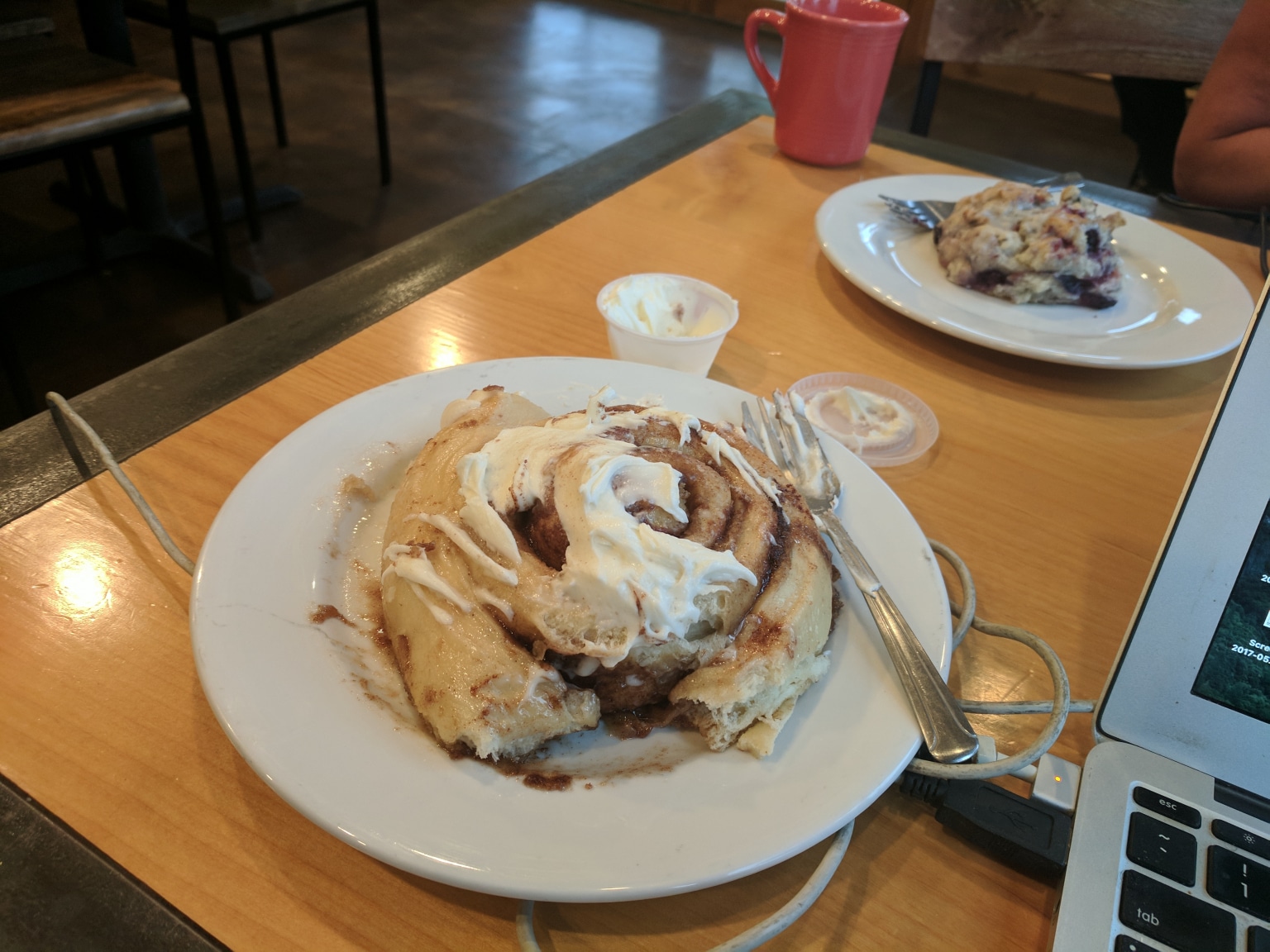 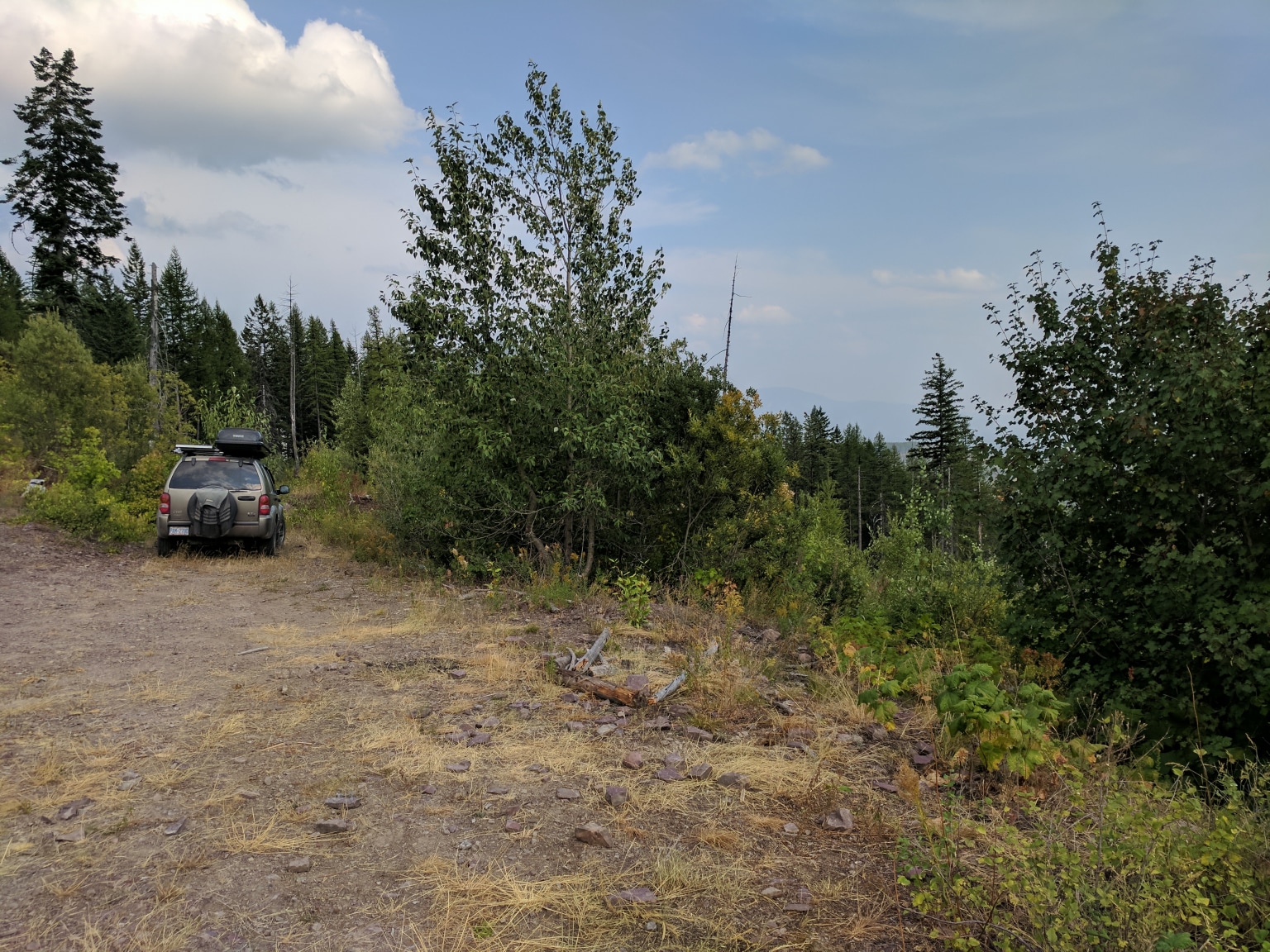 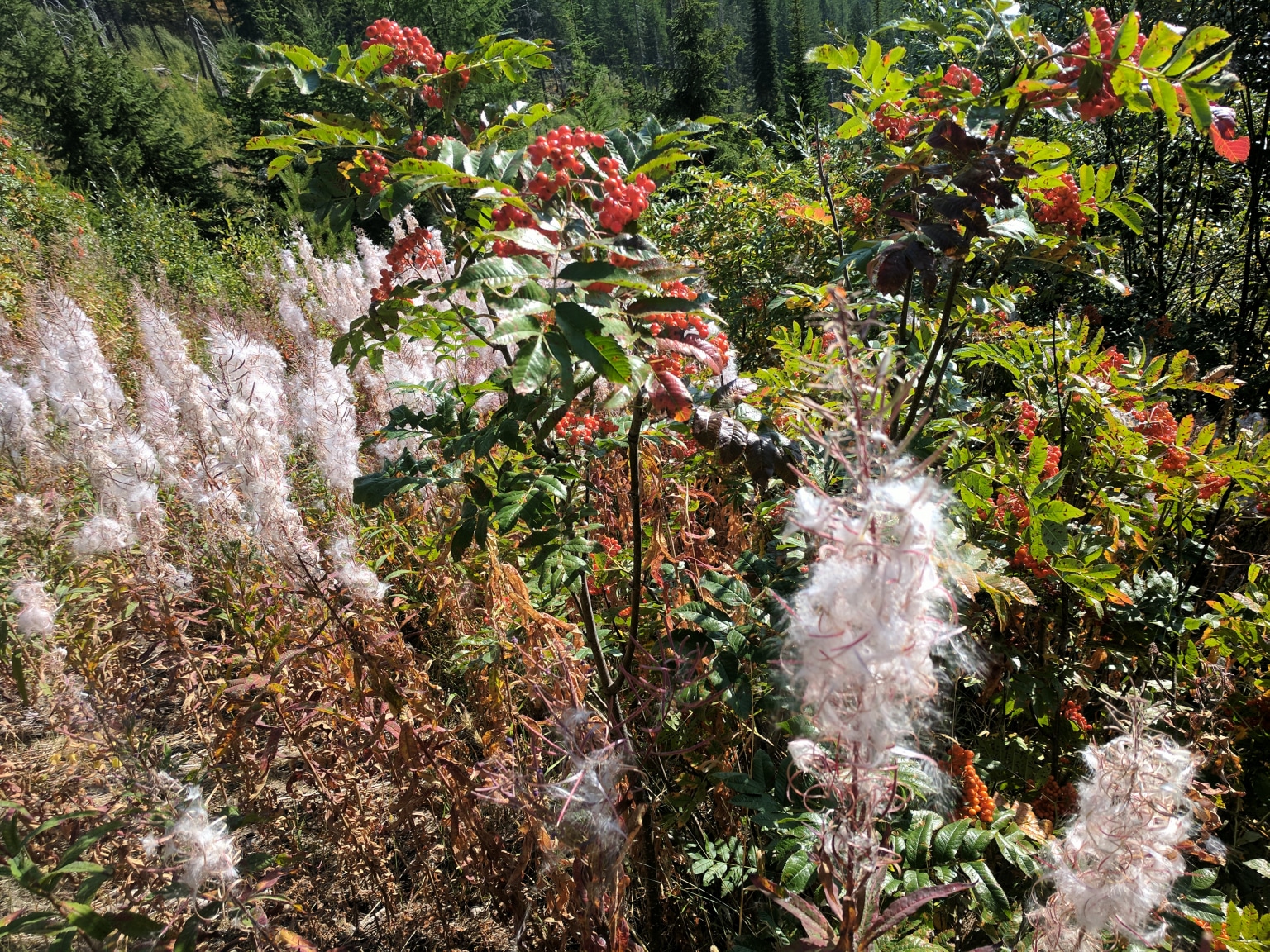 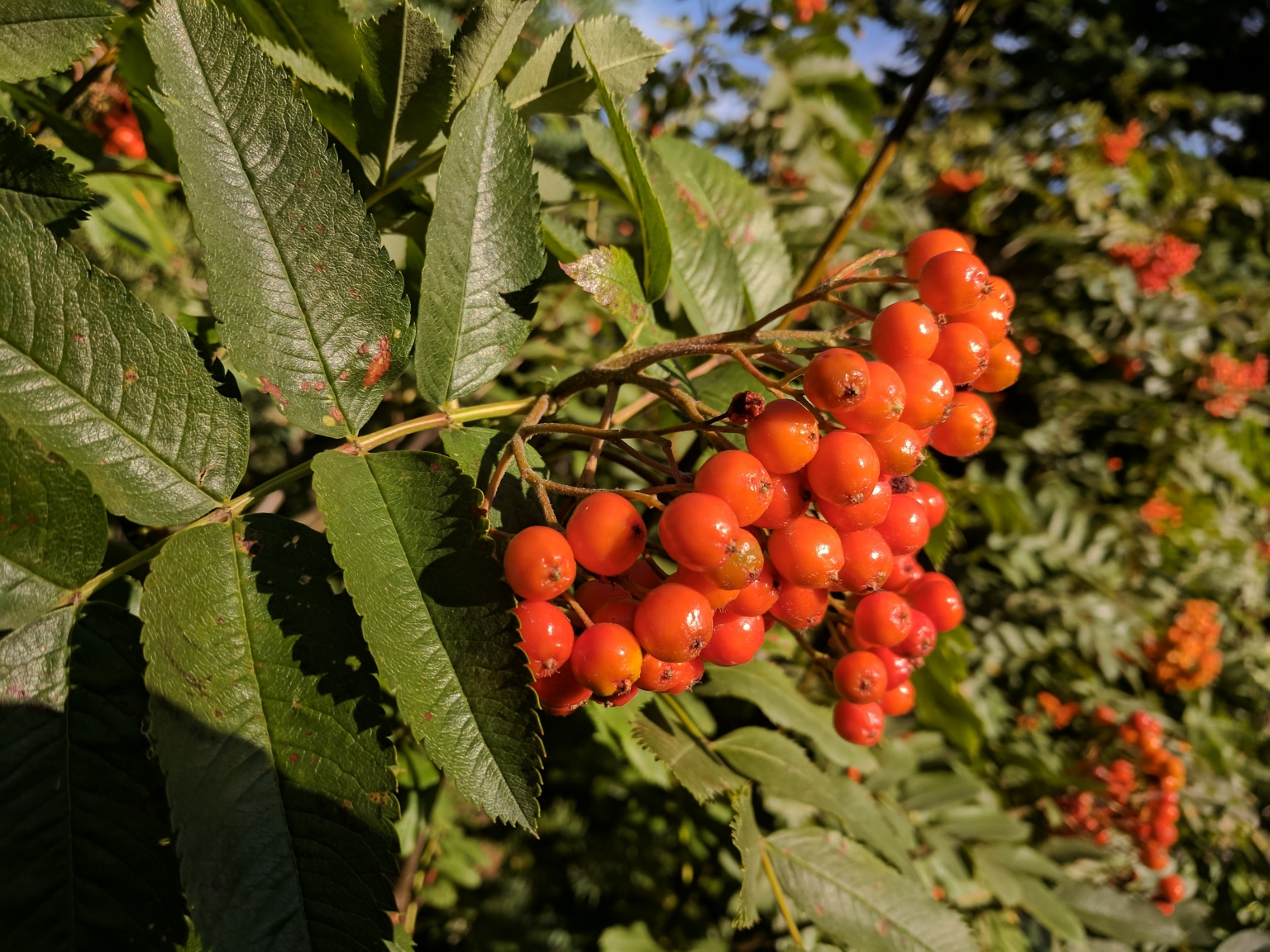 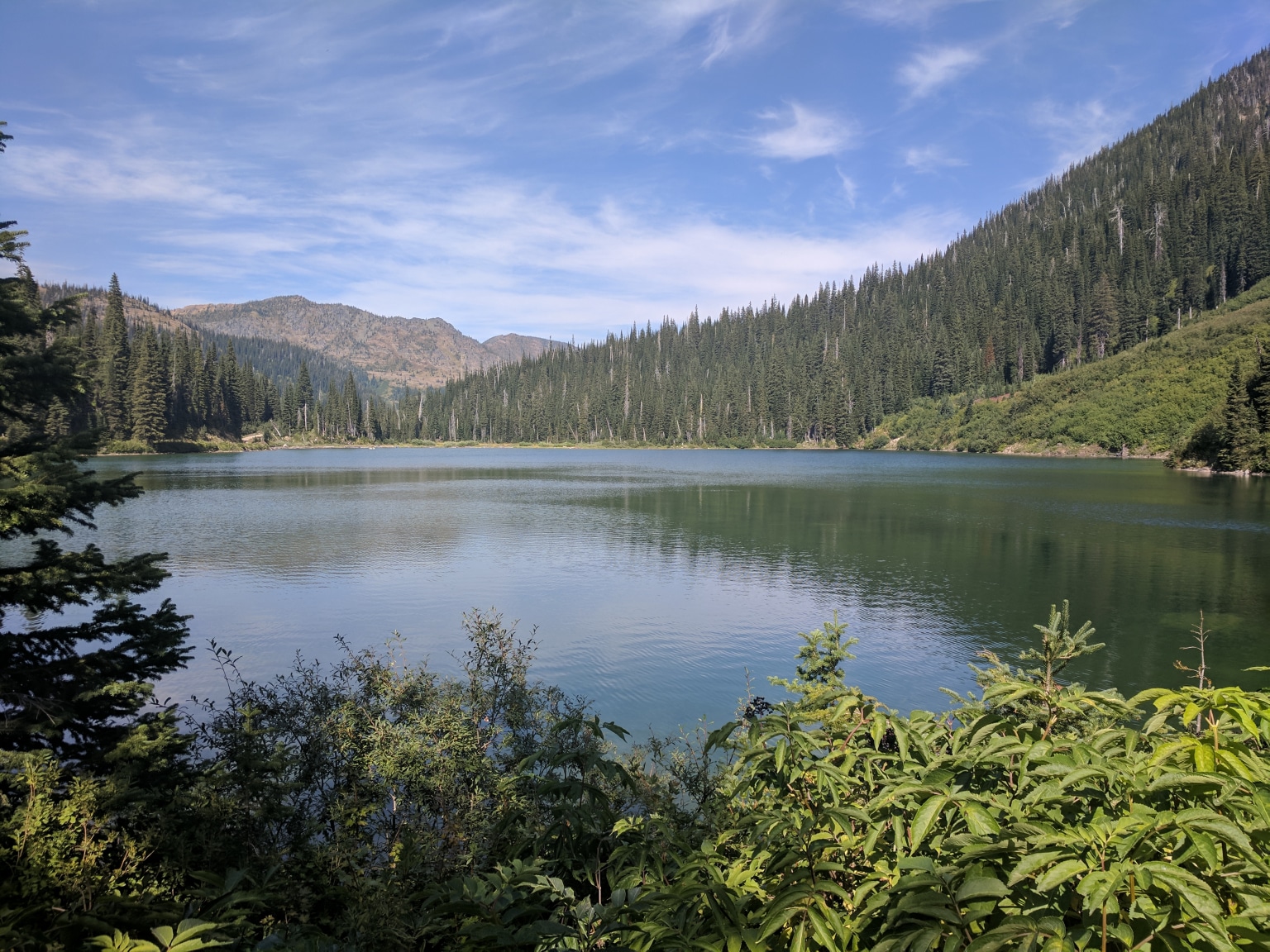 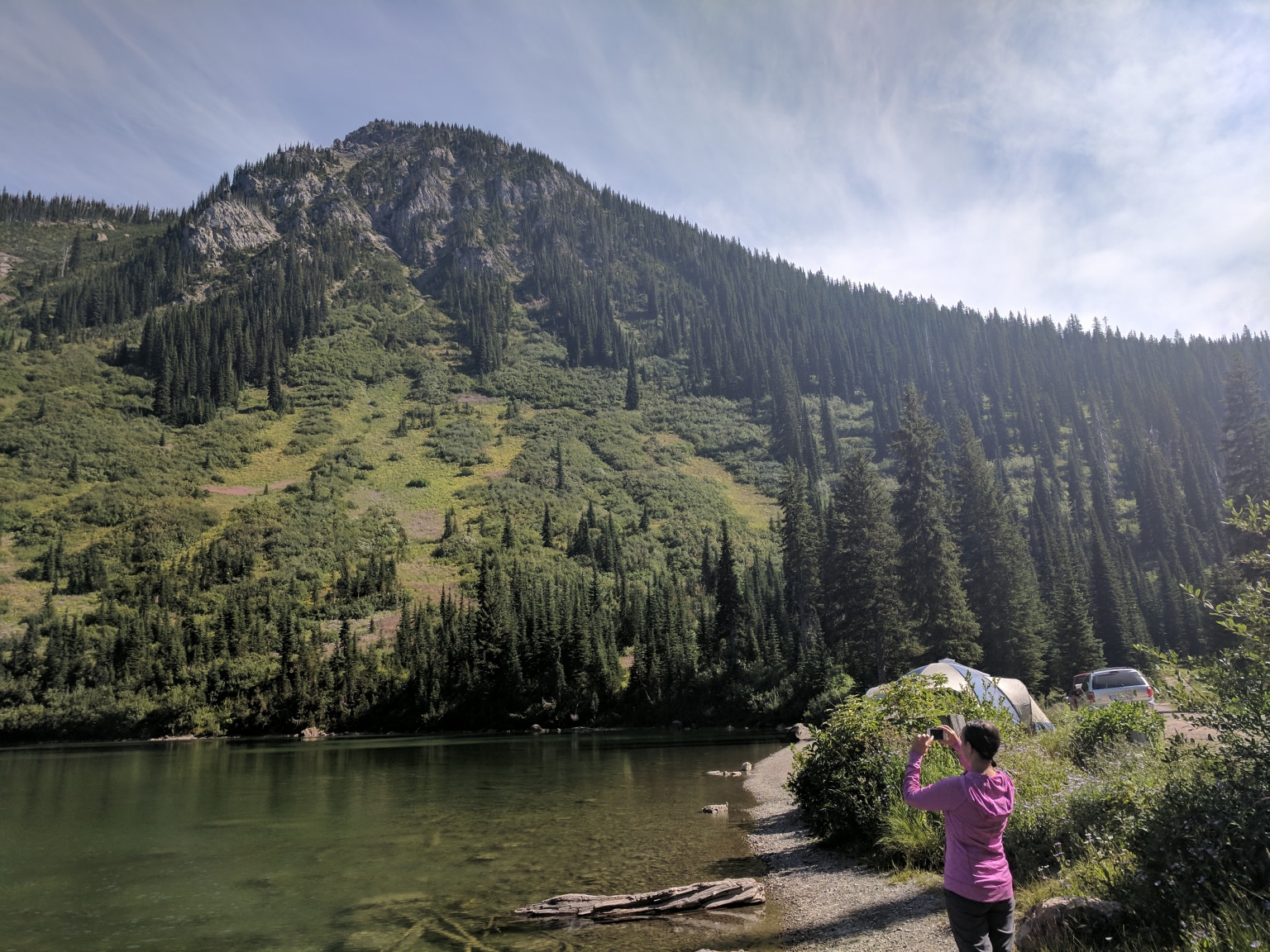 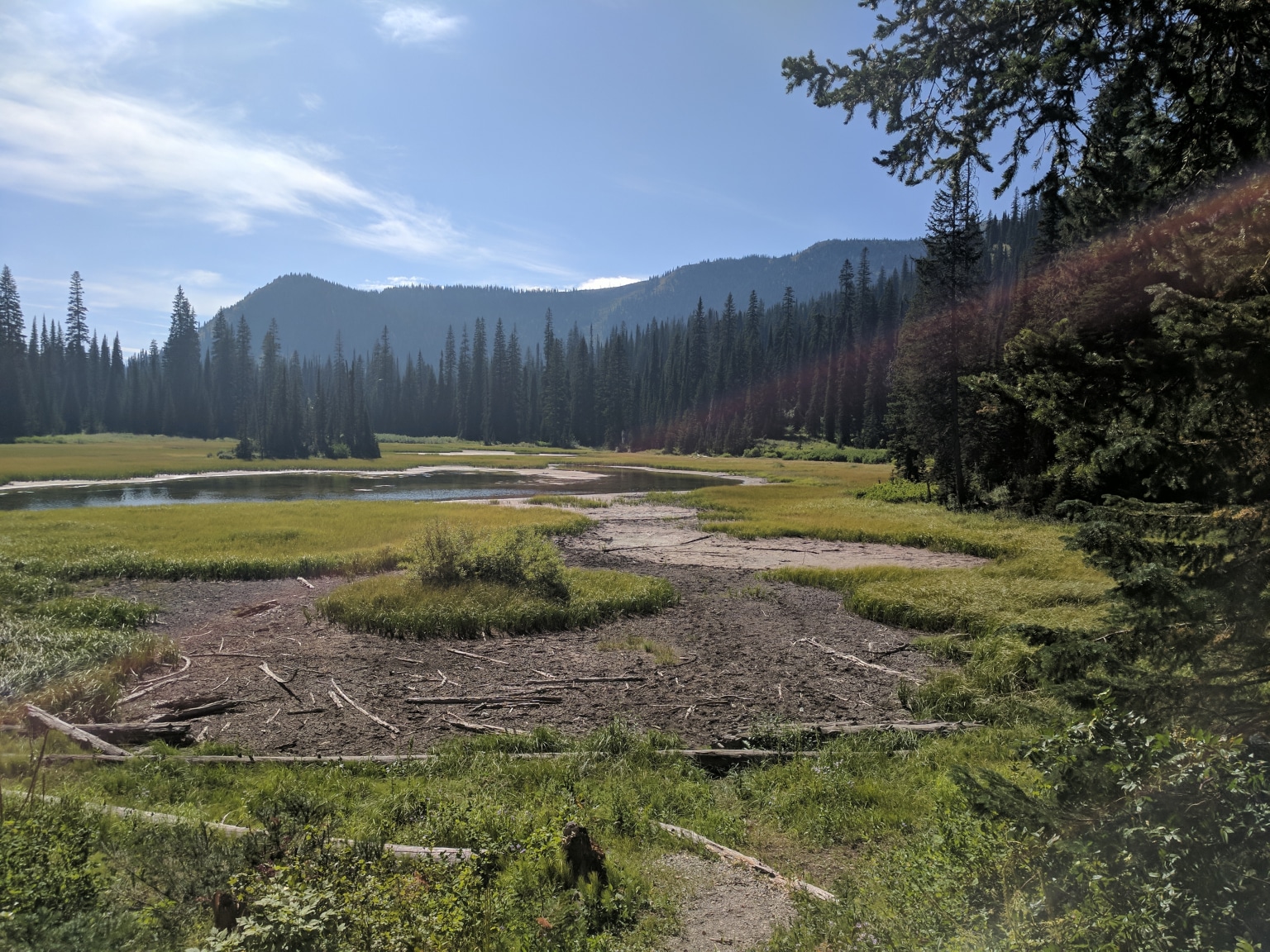 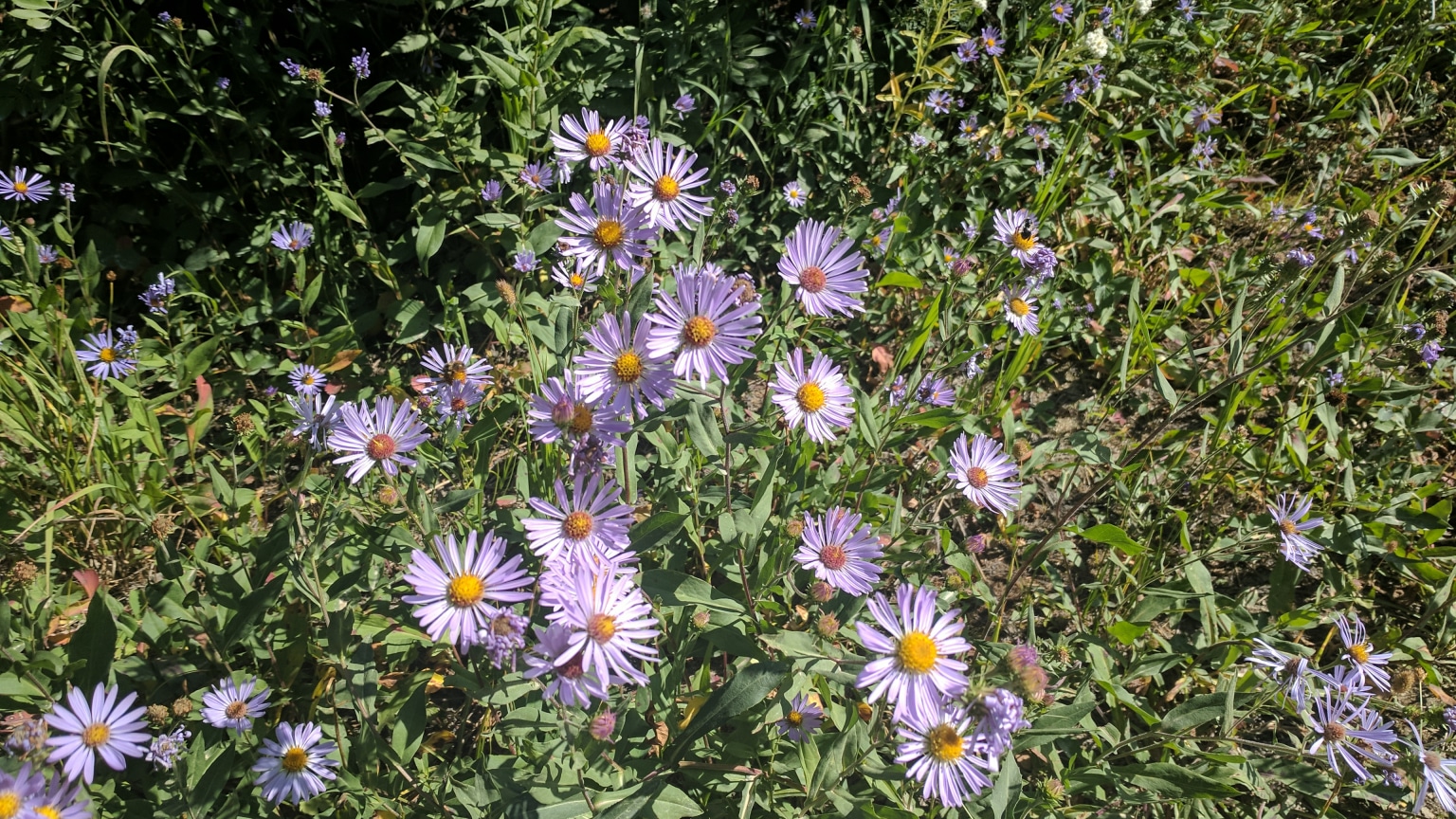 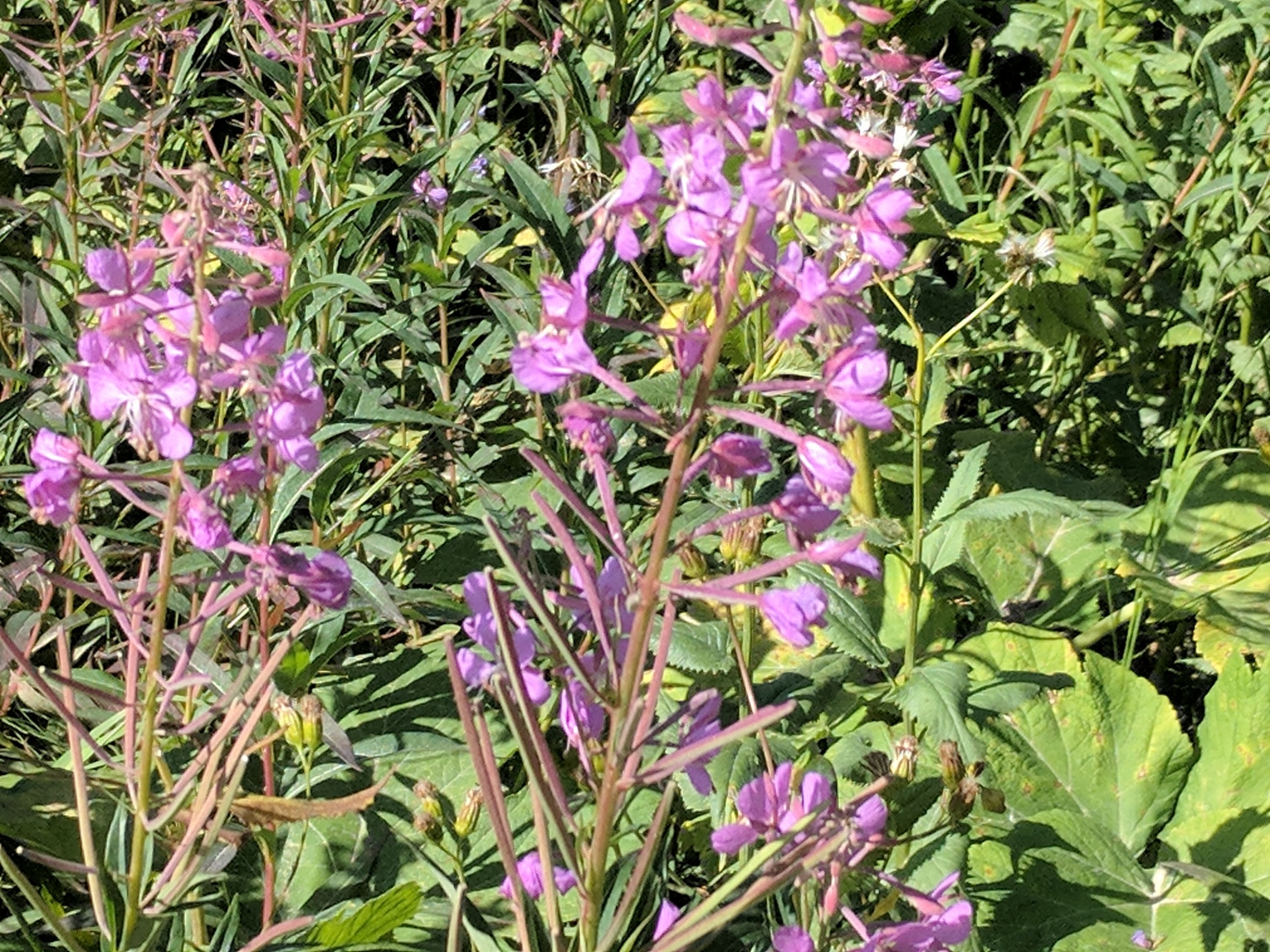 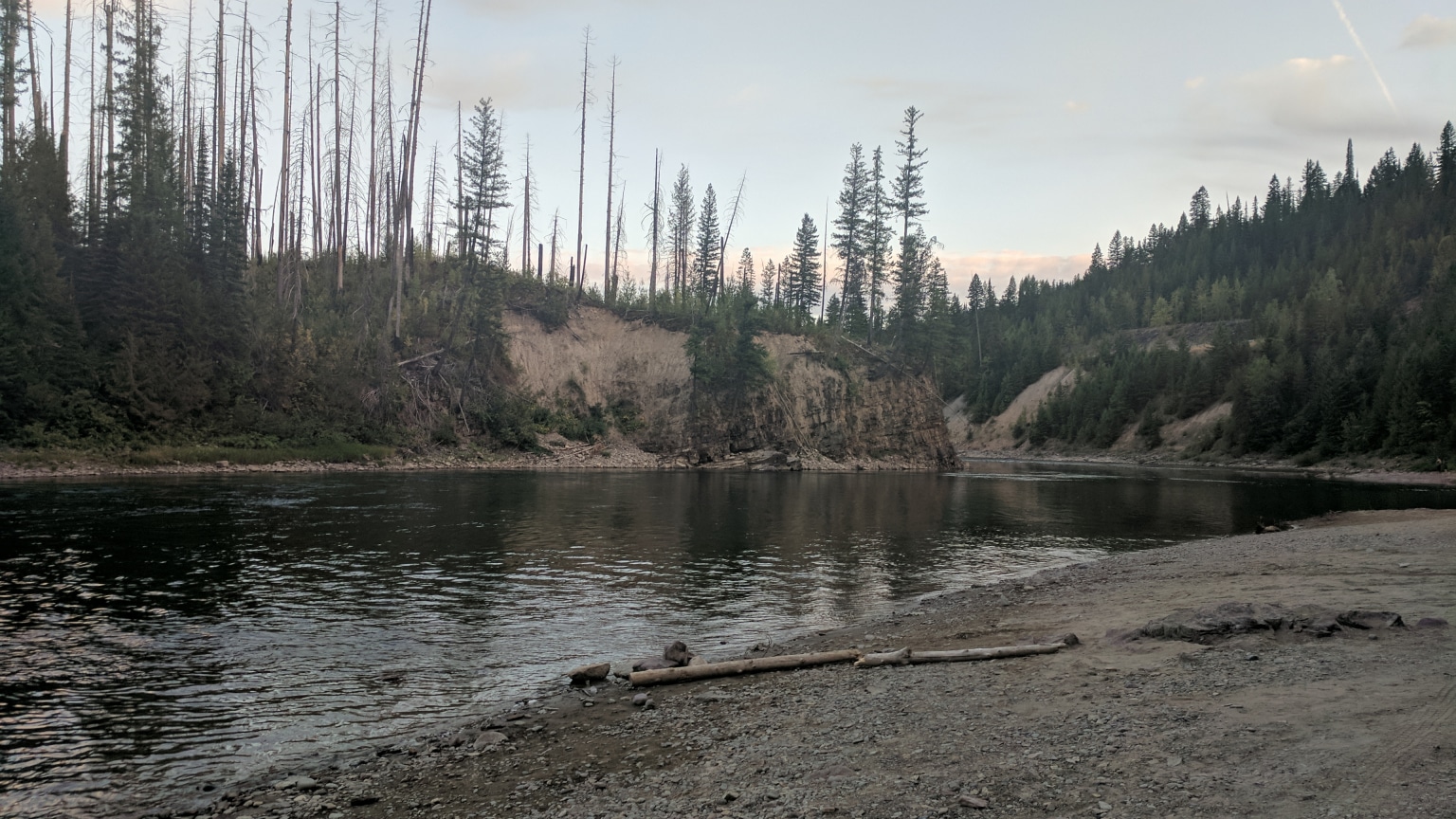