It was lovely to wake up in our comfortable bed at the Arizona Inn in Kingman, Arizona. Having a coffee maker and a hot shower right in the room is always such a nice luxury. Add in a microwave to warm up our leftover pizza and our day was off to a great start. We took our time getting packed up and checking out so we could really enjoy it.

When we went to get back on the road, the day took a bit of a turn.  As we tried to drive out of the parking lot, we realized the rear gate was open. No big deal except when we went to close it, it would not latch. It just kept popping back open. Finally, after multiple tries, the latch caught and we got on our way heading toward Flagstaff.

We were able to find a lovely secluded spot in the Coconino National Forest to do some dispersed camping. There is something so peaceful about being in our own little spot rather than in a developed campground. Of course, you give up some amenities, like restrooms and running water, but it is worth it. Although the night was cool, it was nice and cozy in the jeep.

The next morning, we packed up and headed toward Flagstaff to get the oil changed in the Jeep. We had not gone far when we get the warning message that the rear gate was open. This time we were unable to close it no matter how many times we tried. The latch just would not catch. We ended up tieing it with the rope running through the bed of the jeep and wrapping around the front seat. We kept an eye on it as we made our way to the Jeep dealership in Flagstaff. We asked the mechanic to take a look at the latch as well as doing the oil change. He let us know that the charge for looking at the rear gate would be $150 and that amount would be in addition to whatever the repair cost was. That seemed a little steep to us but what could we do?

We settled into the waiting area planning to get some work done but the day just did not seem to be going our way. Our computers would not connect the shop’s wifi. Fortunately, Chris, the courtesy driver, came over just then and offered to drive us to a local coffee shop. We happily accepted his offer. He was a fascinating, super high energy person and entertained us with stories of the many projects he is working on. He also gave us some good tips on some natural remedies for common ailments like memory issues, anxiety, and high blood pressure. Apparently. a handful of cashews can quickly calm an anxiety attack.

The coffee shop was very nice with excellent Americanos and a good selection of sandwiches. We ended up being there for quite some time waiting to hear back from the mechanic. We finally called him and learned that the latch needed to be replaced. The cost of the repair was going to be about $800 and the part needed to be ordered from LA and would take a few days. We politely declined and Chris came and picked us up to take us back to the shop.

We paid the $150 for them to examine the lock plus the cost of the oil change. When we got back to the Jeep, Francis felt a little frustrated when he realized that the rope he had tied had never been moved, suggesting they barely looked at the latch. “$150 to just open and shut the tailgate and tell me it needs to be replaced. I could have told them it needs to be replaced if that is all they did,” he said. He was expecting them to take the latch out and examine it, not just slam the door and diagnose it as needing to be replaced.

We left Flagstaff and headed back into the forest to find a campsite for the night while we figured out our next step. It took us a while before we found a spot we liked that was not already occupied so it was dark before we were settled in for the evening.

After breakfast the next morning, Francis set to work on the latch. He took everything apart and studied the mechanism. He was able to diagnose the problem and repair the existing latch. It turned out that a spring had slid out of its location. What a relief! We saved almost $1000. That dealership will not be getting a good review from us.

With the repair done, we were able to relax and enjoy the rest of the beautiful day in our forest campsite. Well, Francis was still a little frustrated they charged us  $150 for the so-called diagnosis. I decided to focus on the saving almost $1000 part! 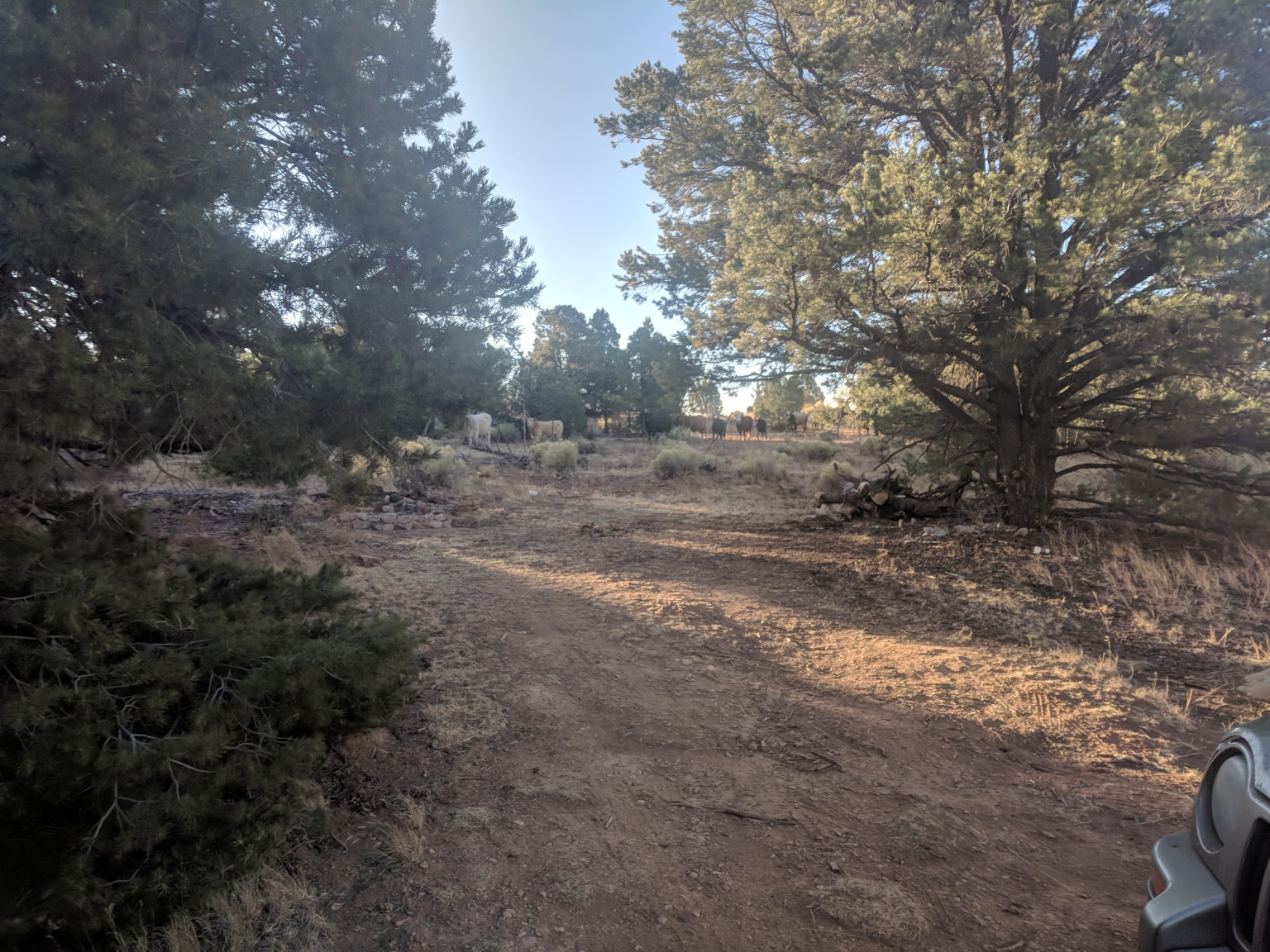 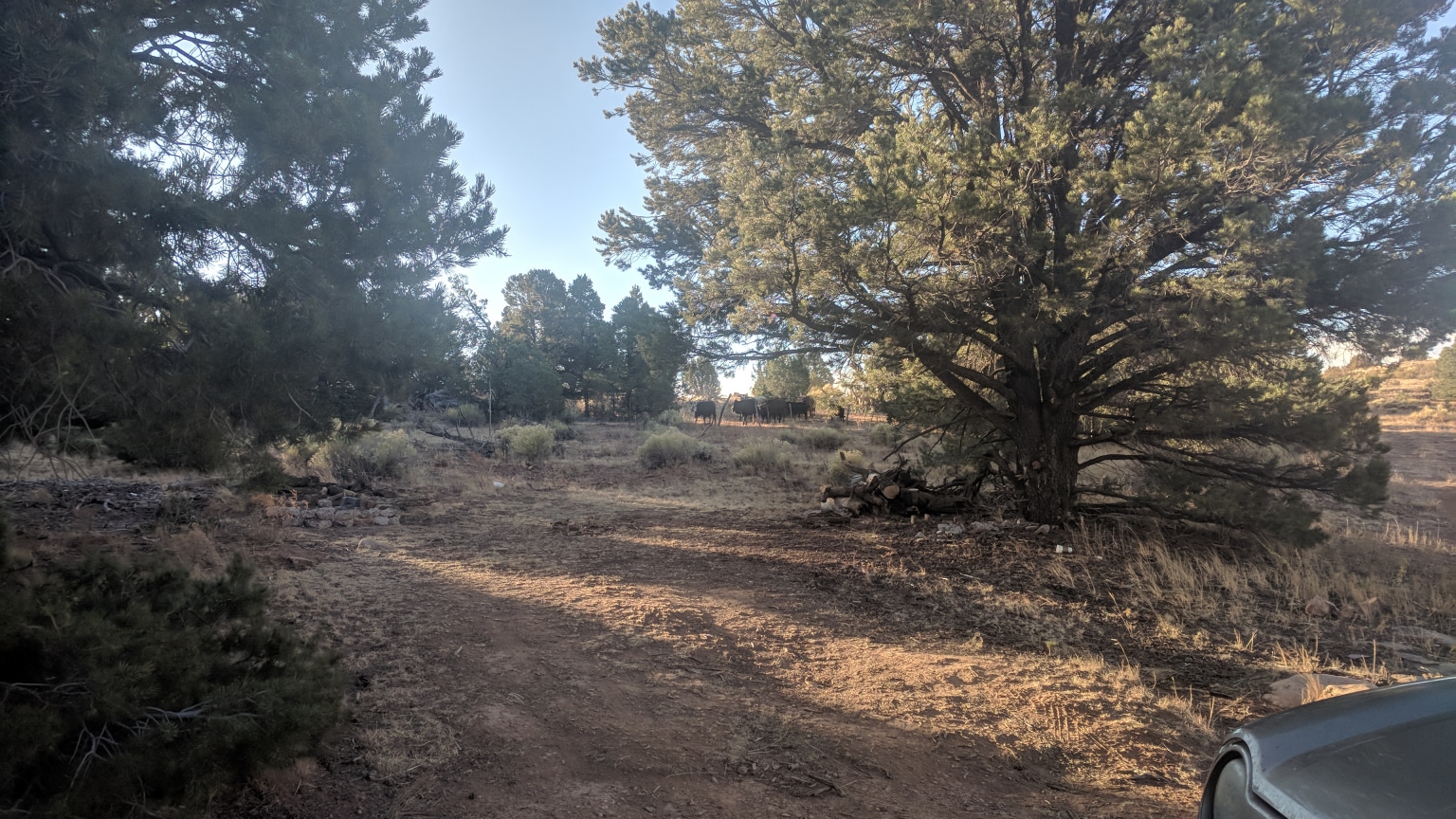 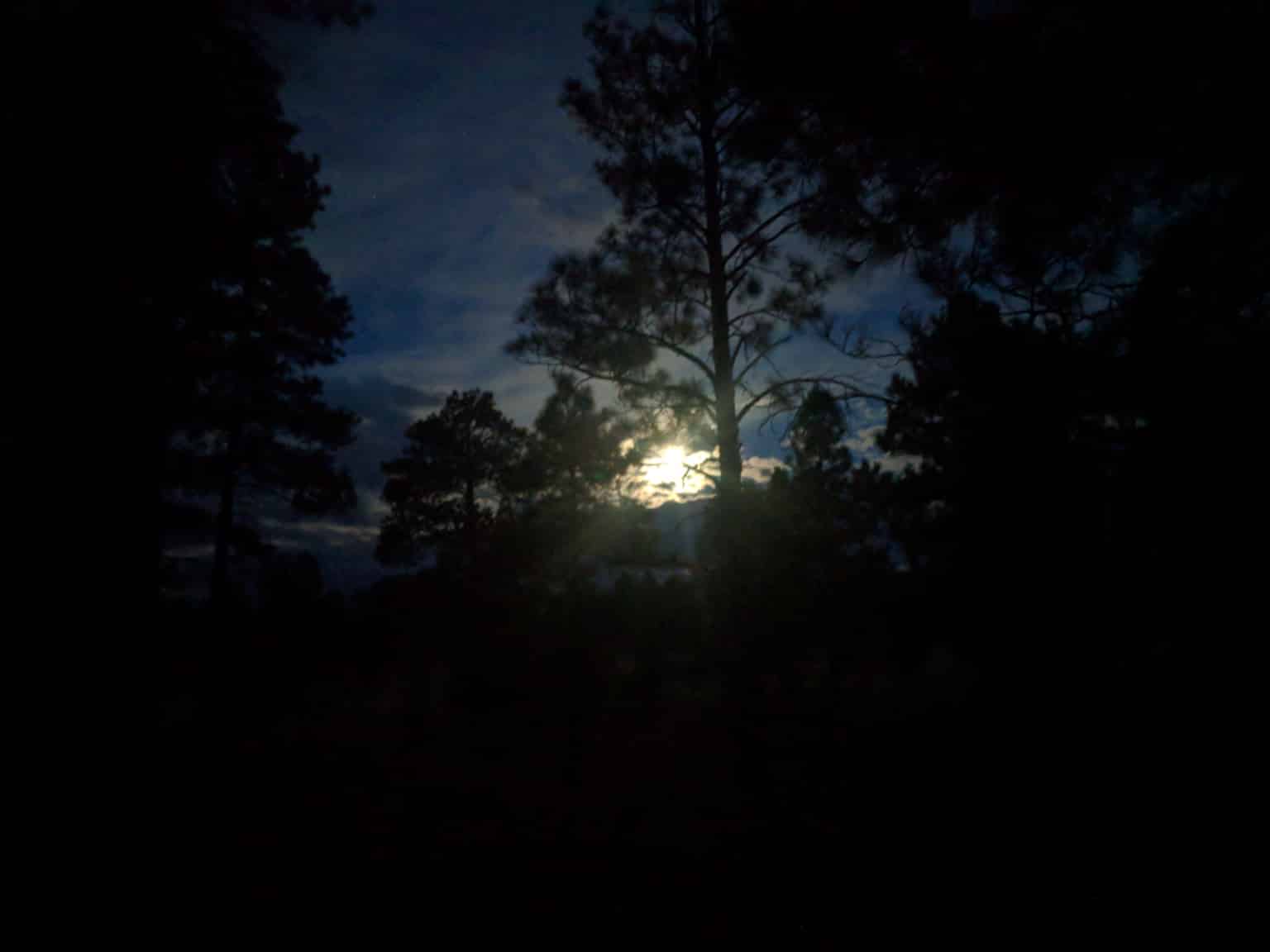 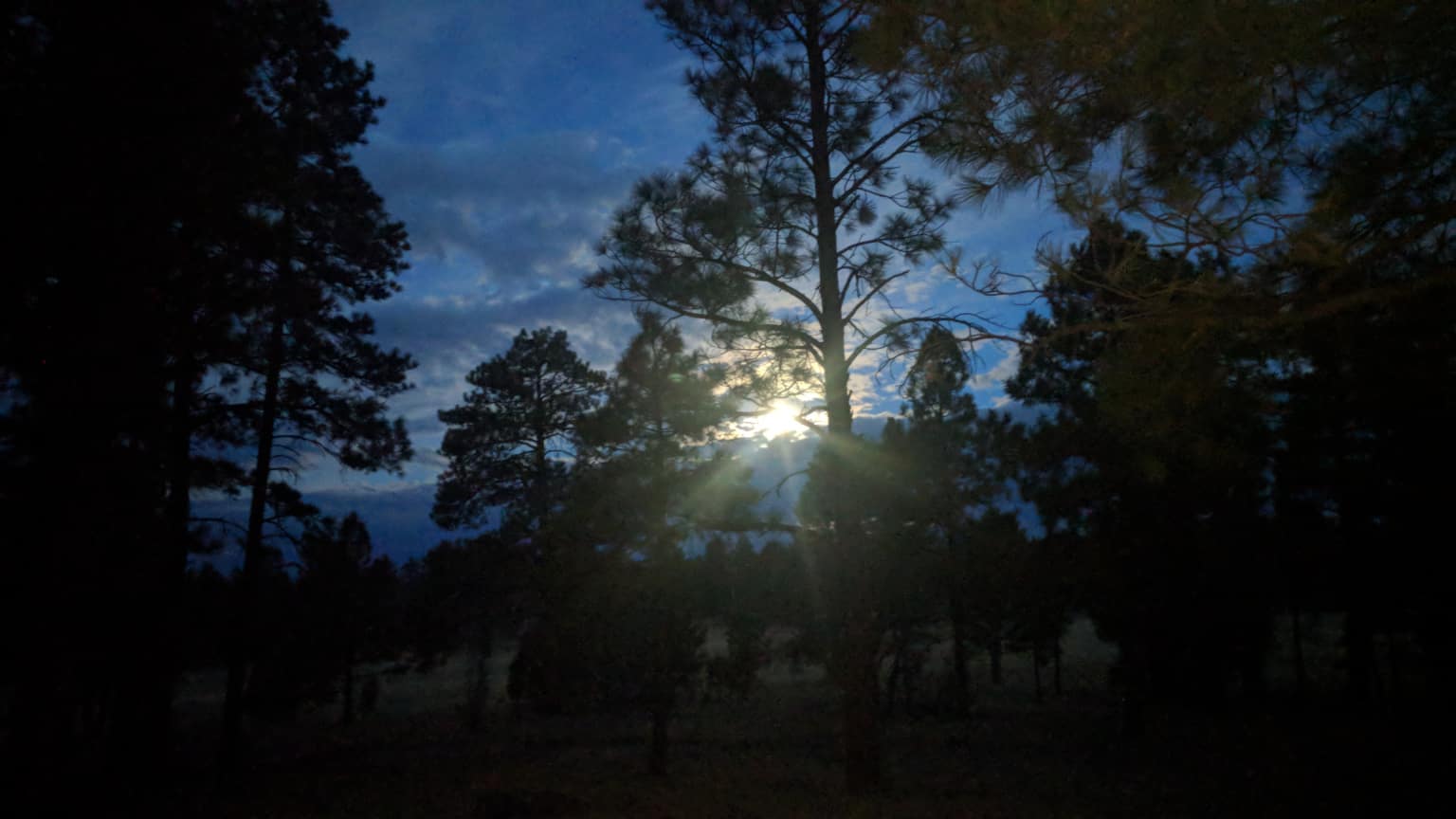 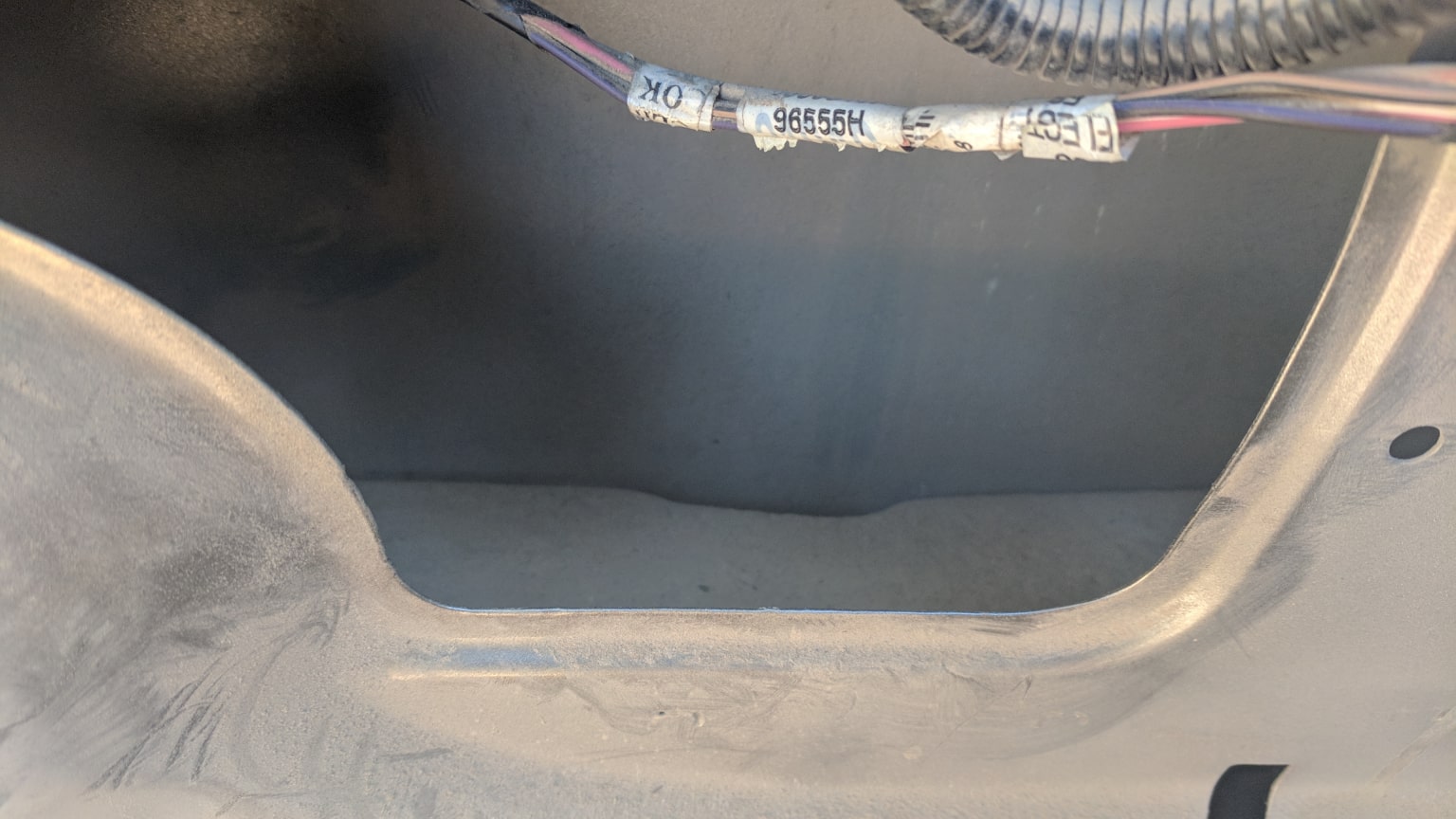 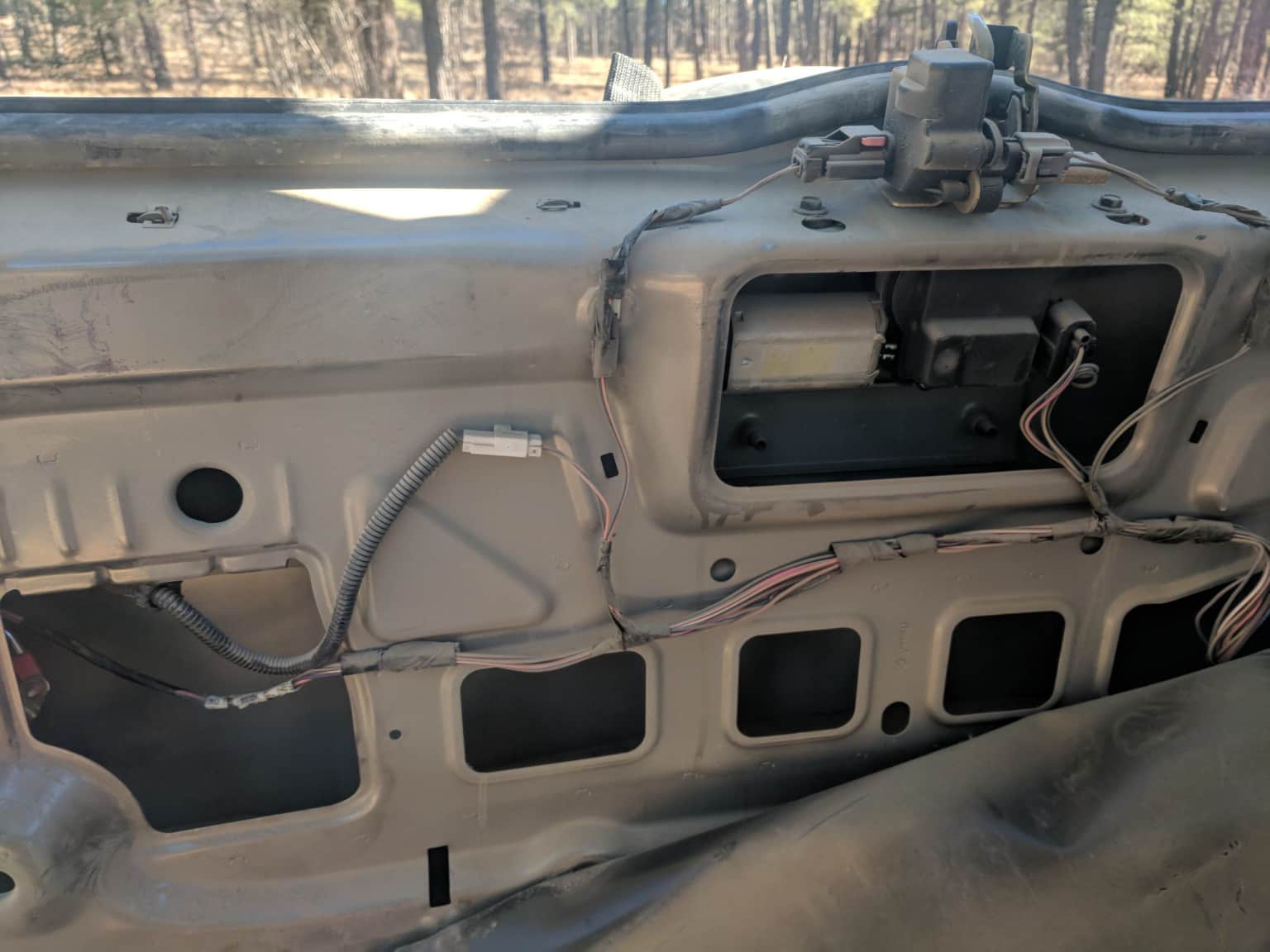 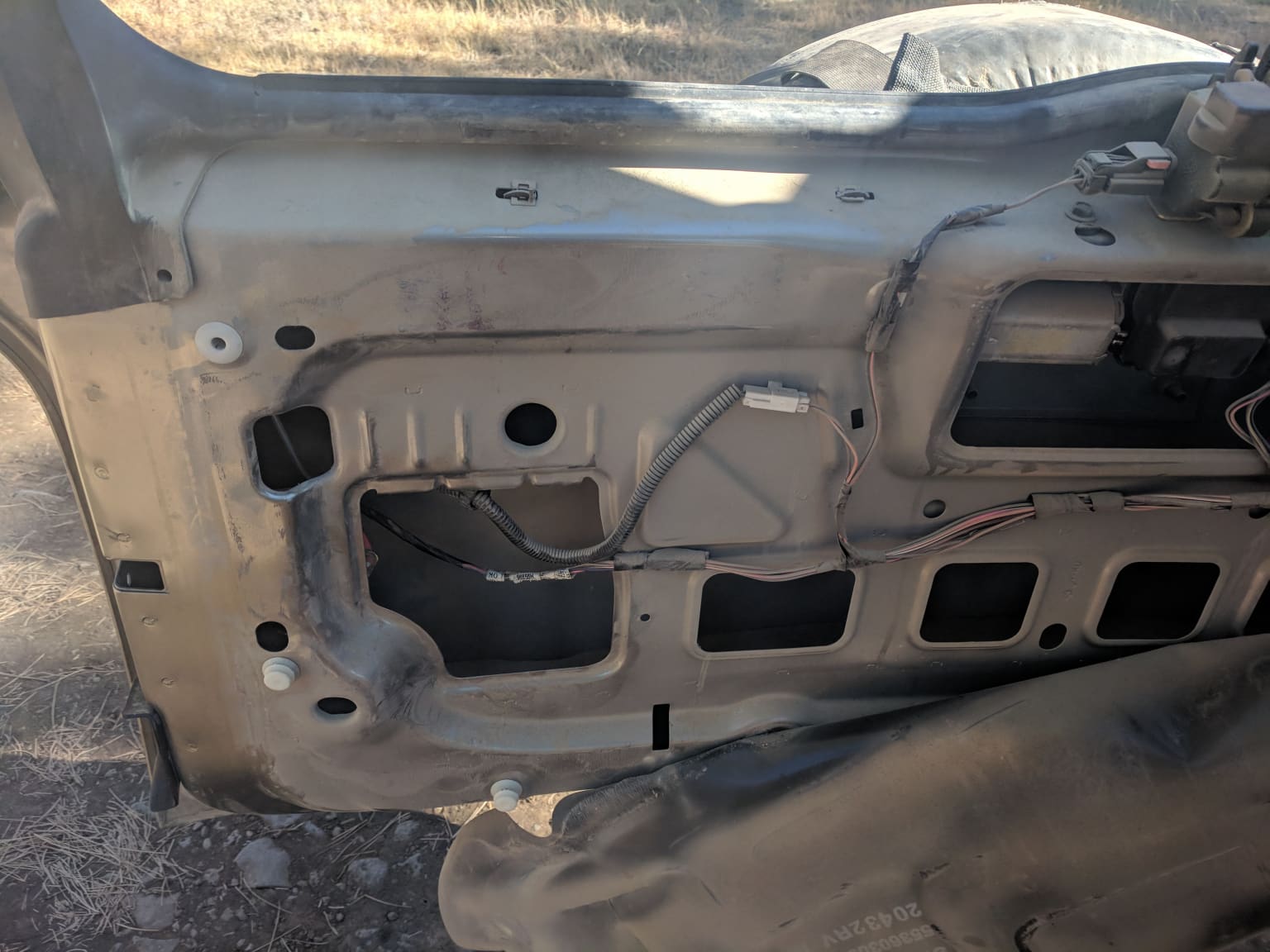 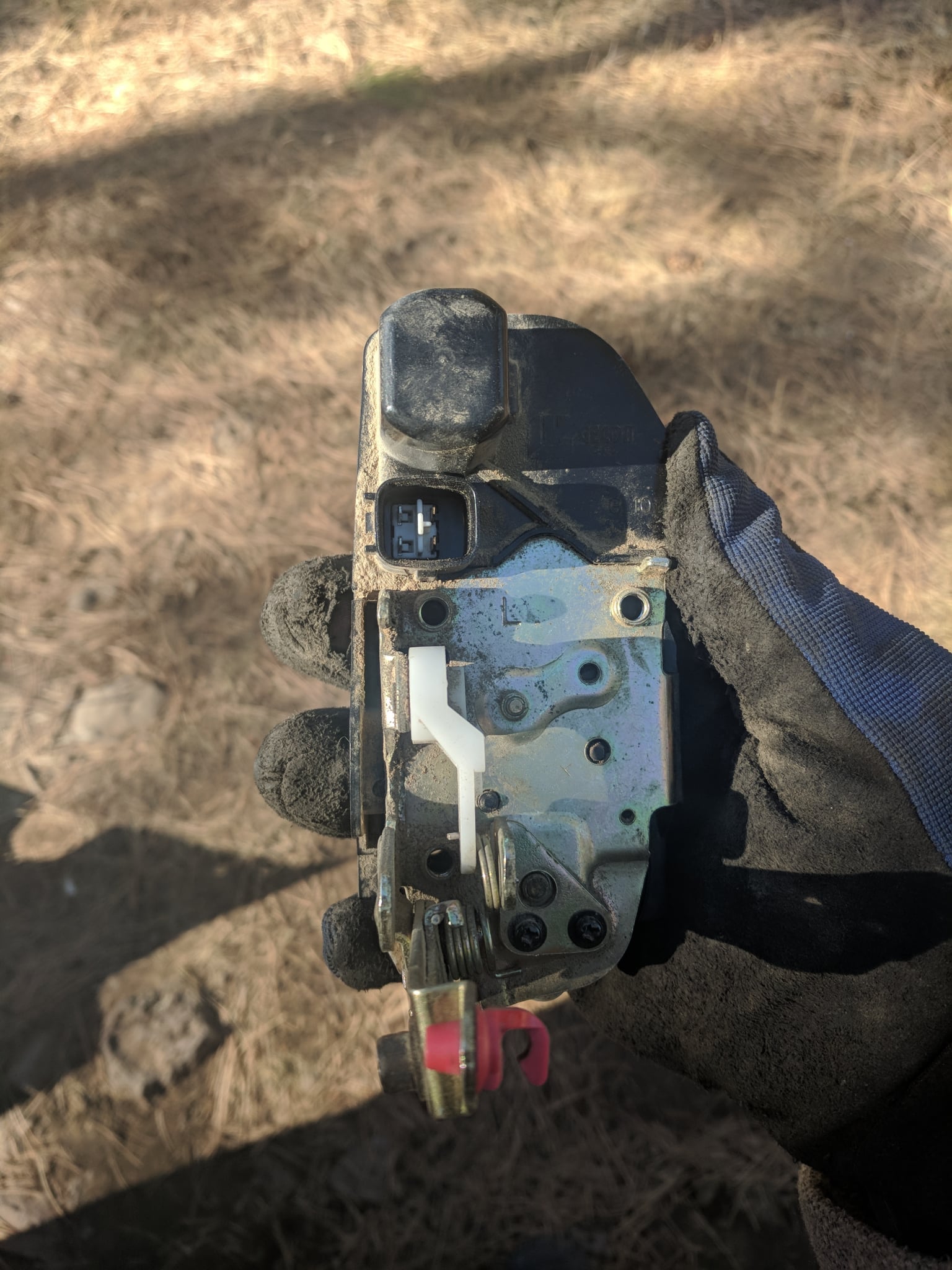 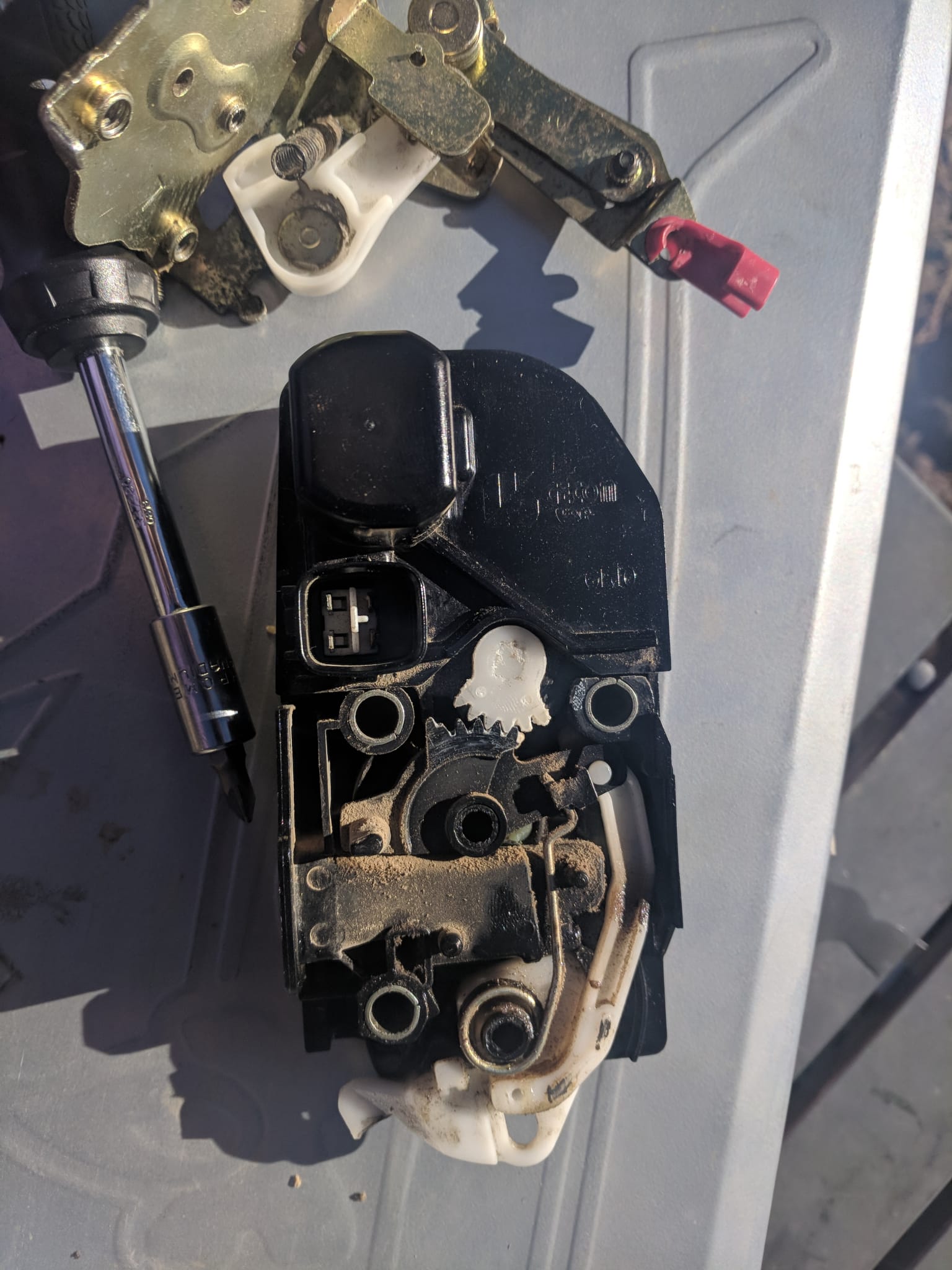 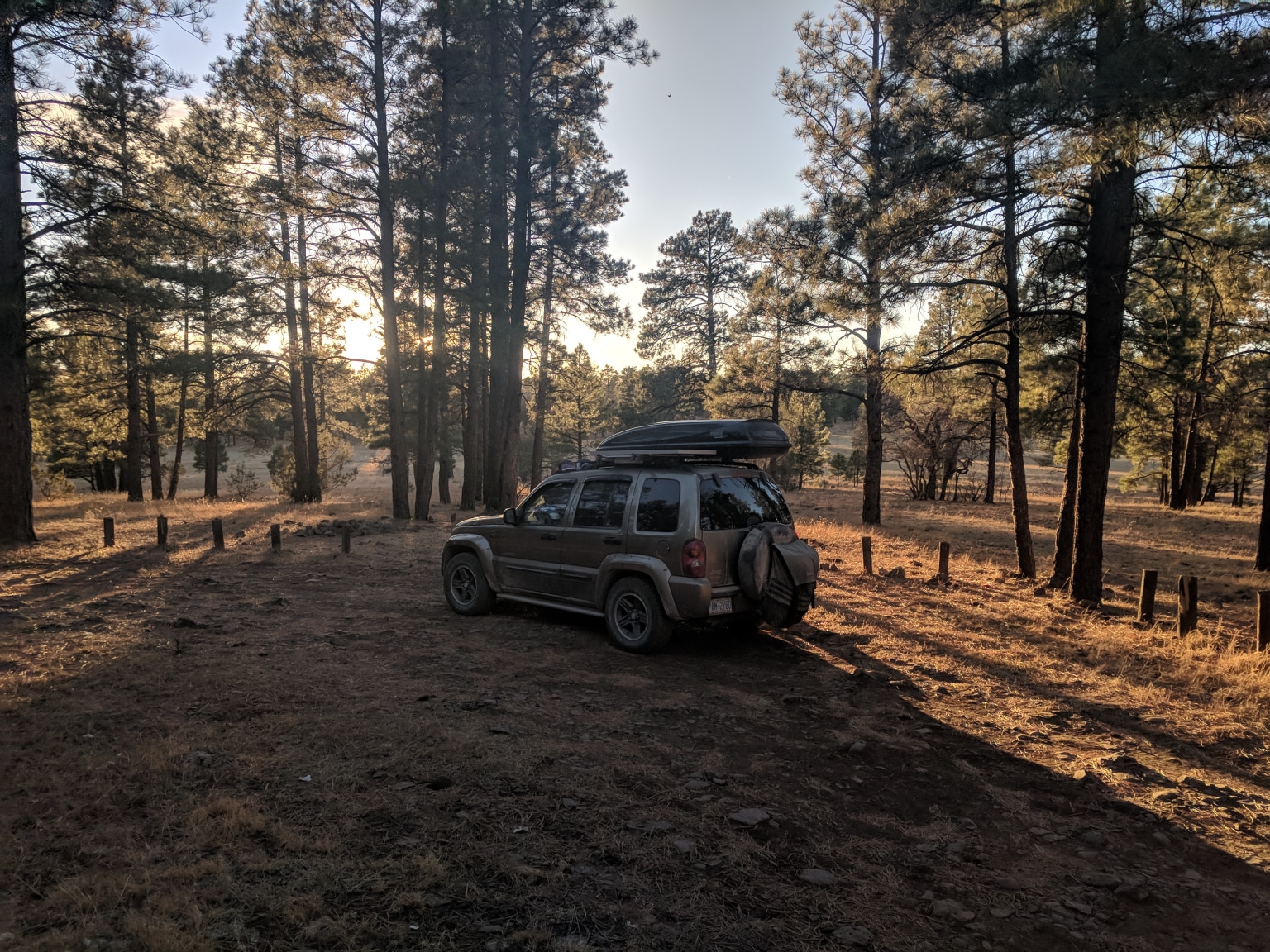 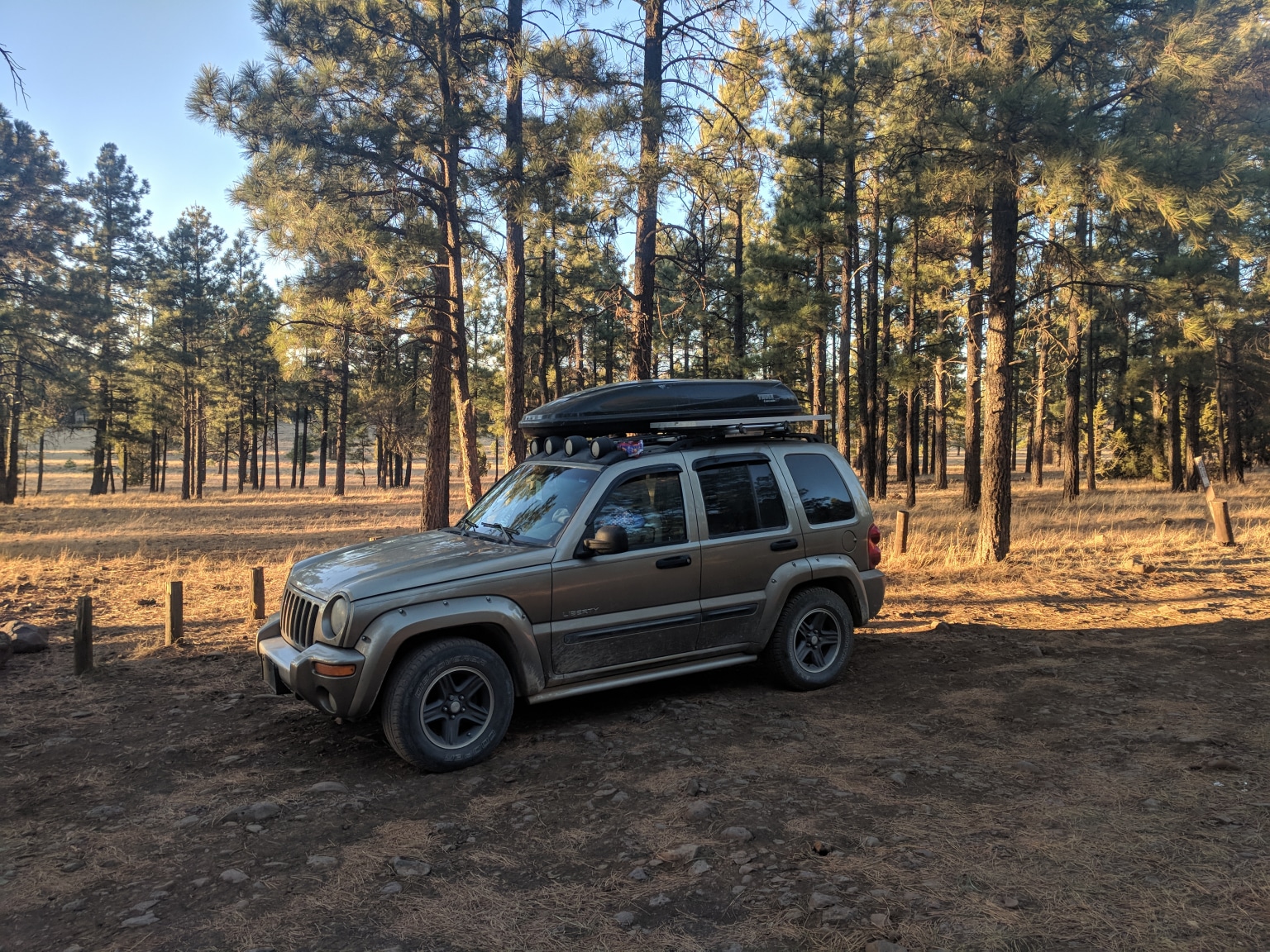 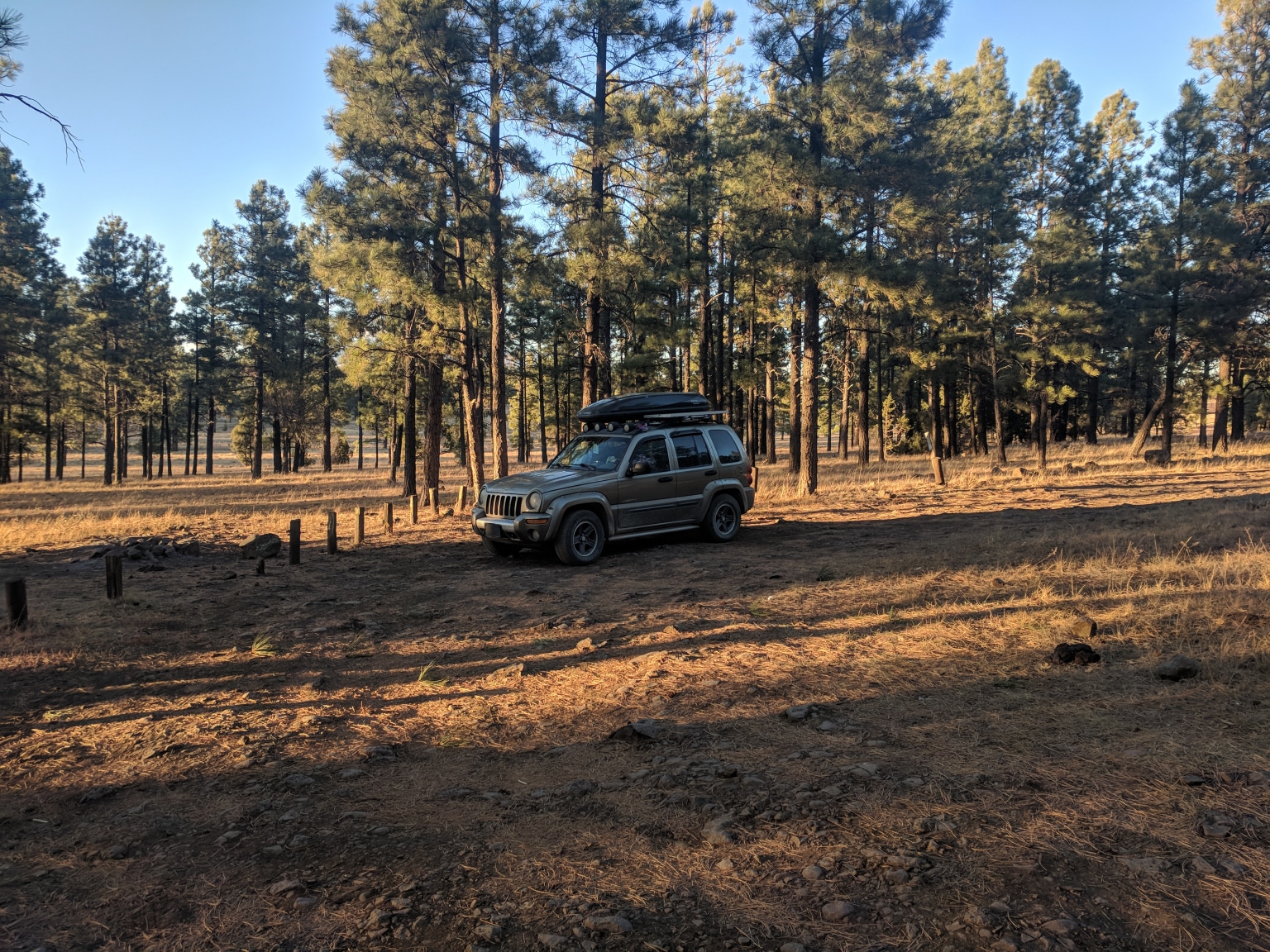