We woke up bright and early to catch the sunrise at Gold Bluffs Beach Campground at Prairie Creek Redwoods State Park. We had originally planned to move on to a new location that day but several things changed our minds. The weather had gotten warmer and sunnier, and the campground had wifi and showers which can be hard to come by. We decided it made sense to stay another day. Shortly after we had decided to stay put, we received an invitation from our new friend Nancy to join her and her husband for lunch or dinner. We had met at Starbucks in Crescent City a few days before. Had we still been in town, we would have gladly accepted but we were quite a few miles away at this point. One of the best parts of traveling is meeting new people and forging new friendships.

We relaxed in the jeep until the morning warmed up a bit then enjoyed our coffee and breakfast in the fresh air. It was a gorgeous day to sit at the picnic table and get some work done. Work never feels as much like work if you can do it outside in a beautiful place and the time just flies by.

We were just taking a little break when we heard a strange sound similar to the bleating of a sheep. Thinking it was some kind of wildlife, Francis went to check it out. It turned out to be a couple we met months back at Dinosaur National Monument. Chad and Cate are also originally from North Carolina and were on their way to settle in Oregon after a long road tip in their Airstream. The thing that makes them especially memorable is that they travel with their adorable pet goat, Frankie along with their dog, Maggie. It was Frankie making the sound we had heard. They had just come to California for a quick weekend trip for Chad’s birthday. What a funny coincidence to run into them again. It really is a small world.

After chatting with Chad and Cate for a bit, I headed off to try out the campground’s solar shower. I hoped the sun had been strong enough to get the water nice and warm. We had used a solar shower at a campground in the Everglades in January of 2016 that was fantastic. Sadly this one was not quite as good. Not much water pressure and just barely lukewarm. Beggars can’t be choosers so I made the best of it and finished up quickly.

The night before, we had loaned our small ( not very sharp) ax to a fellow camper to chop up some firewood. He returned the favor by offering us his leftover wood before he headed out. As we chatted, we found out his job involves granting permits for marijuana farms. The Humboldt County area where he is from is part of what is known as the Emerald Triangle so he is very busy. The Emerald Triangle is made up of Humboldt County, Mendicino County, and Trinity County and is the largest cannabis-producing region in the United States. Coming from North Carolina, it is interesting to see how big the cannabis industry is in other states. We enjoyed conversing with him and were happy to accept his offer and get a nice warm fire going as the evening got cooler. The fire was perfect for roasting some polish sausage and onions for dinner. We spent the rest of the evening enjoying the beautiful night sky and the glowing campfire. On days like these, it is hard for me to imagine life getting any better. 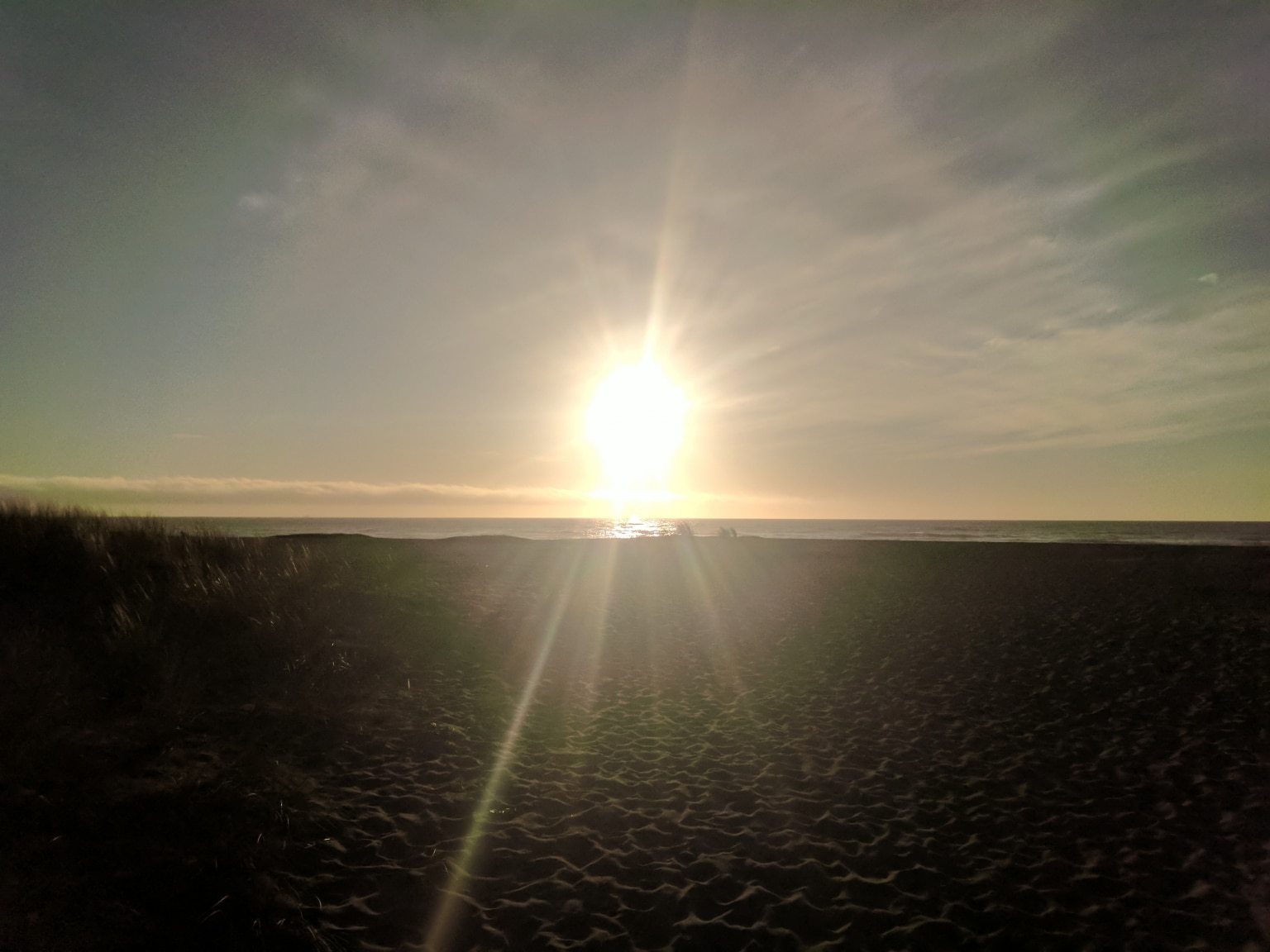 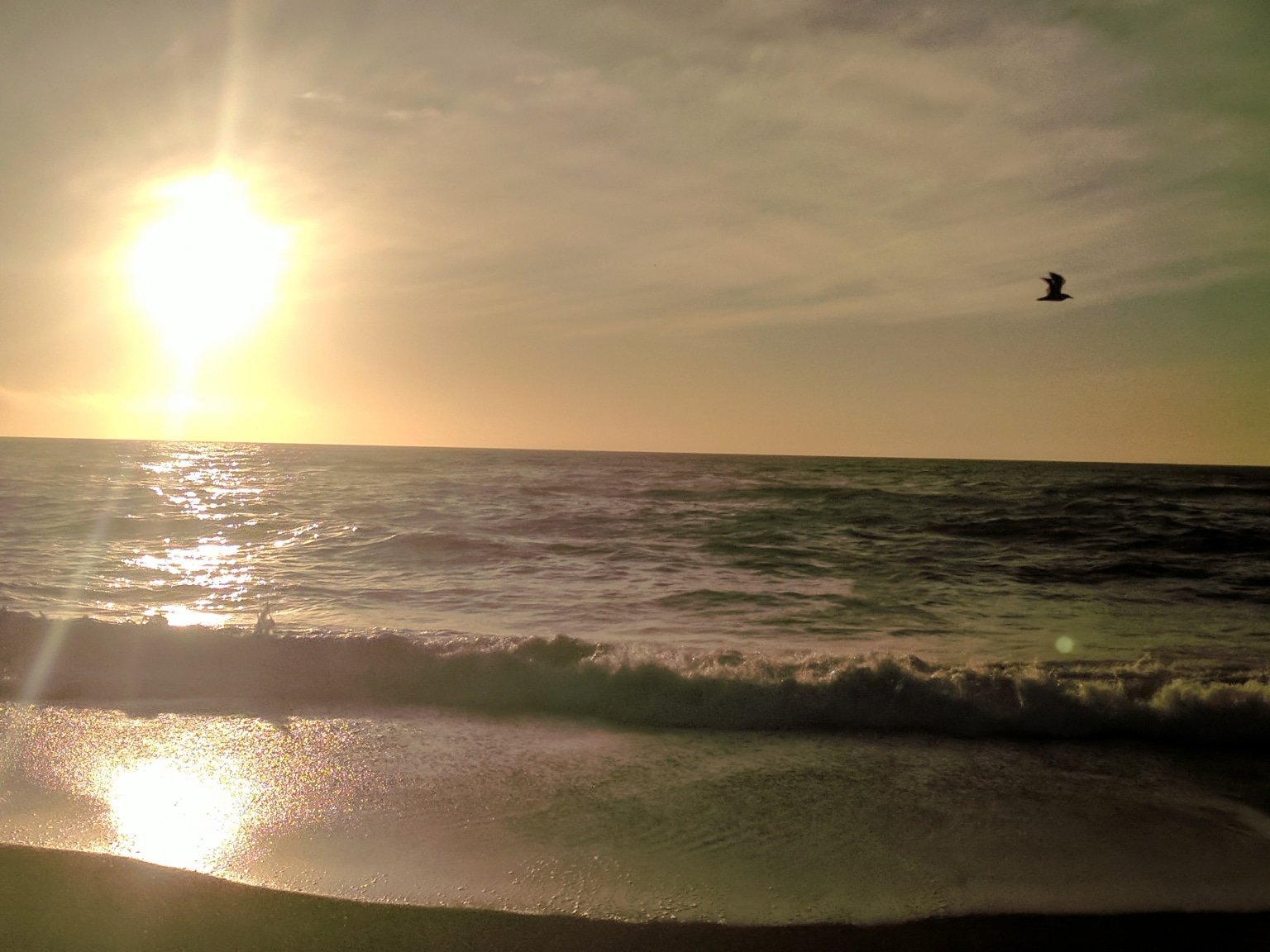 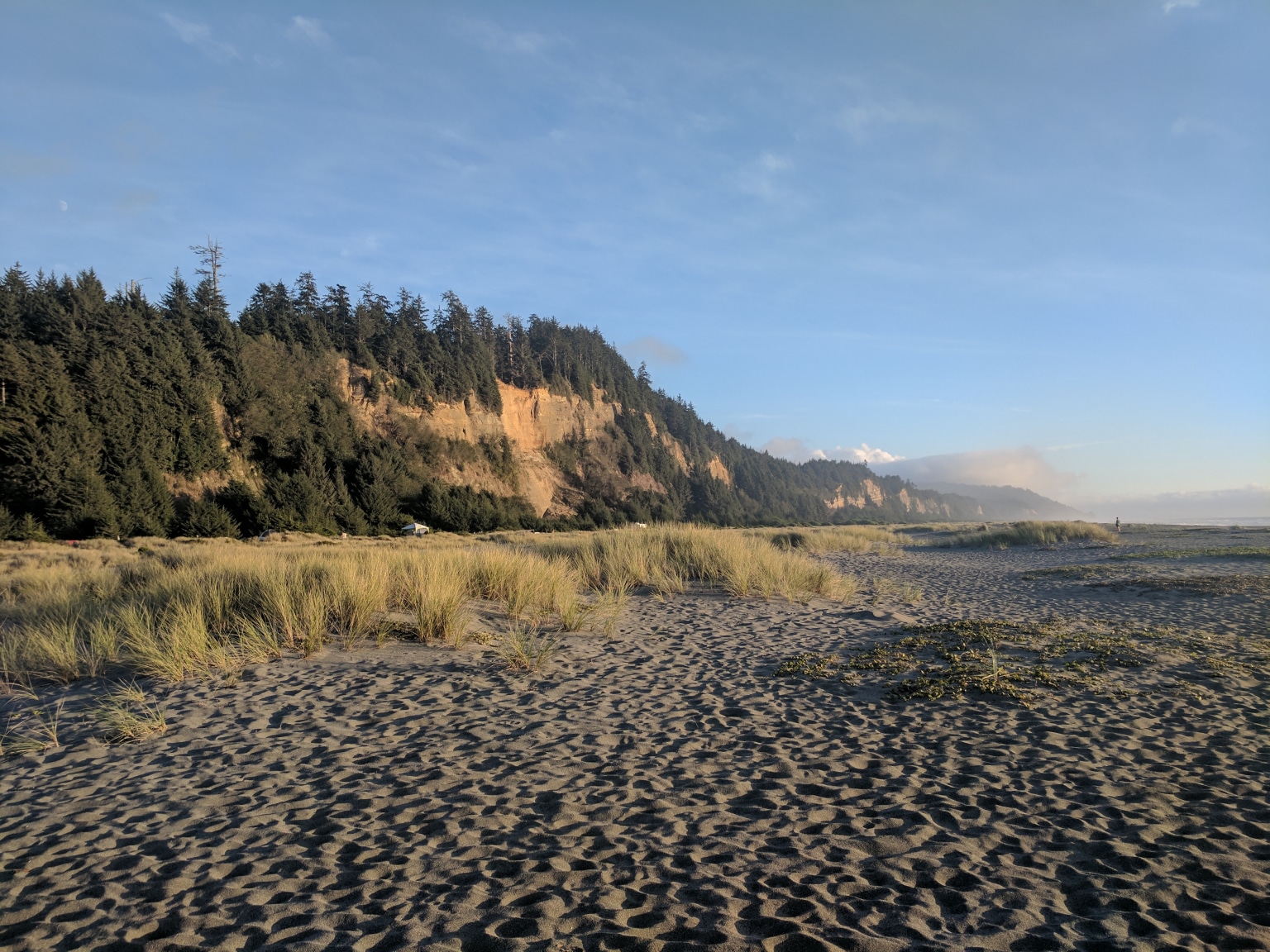 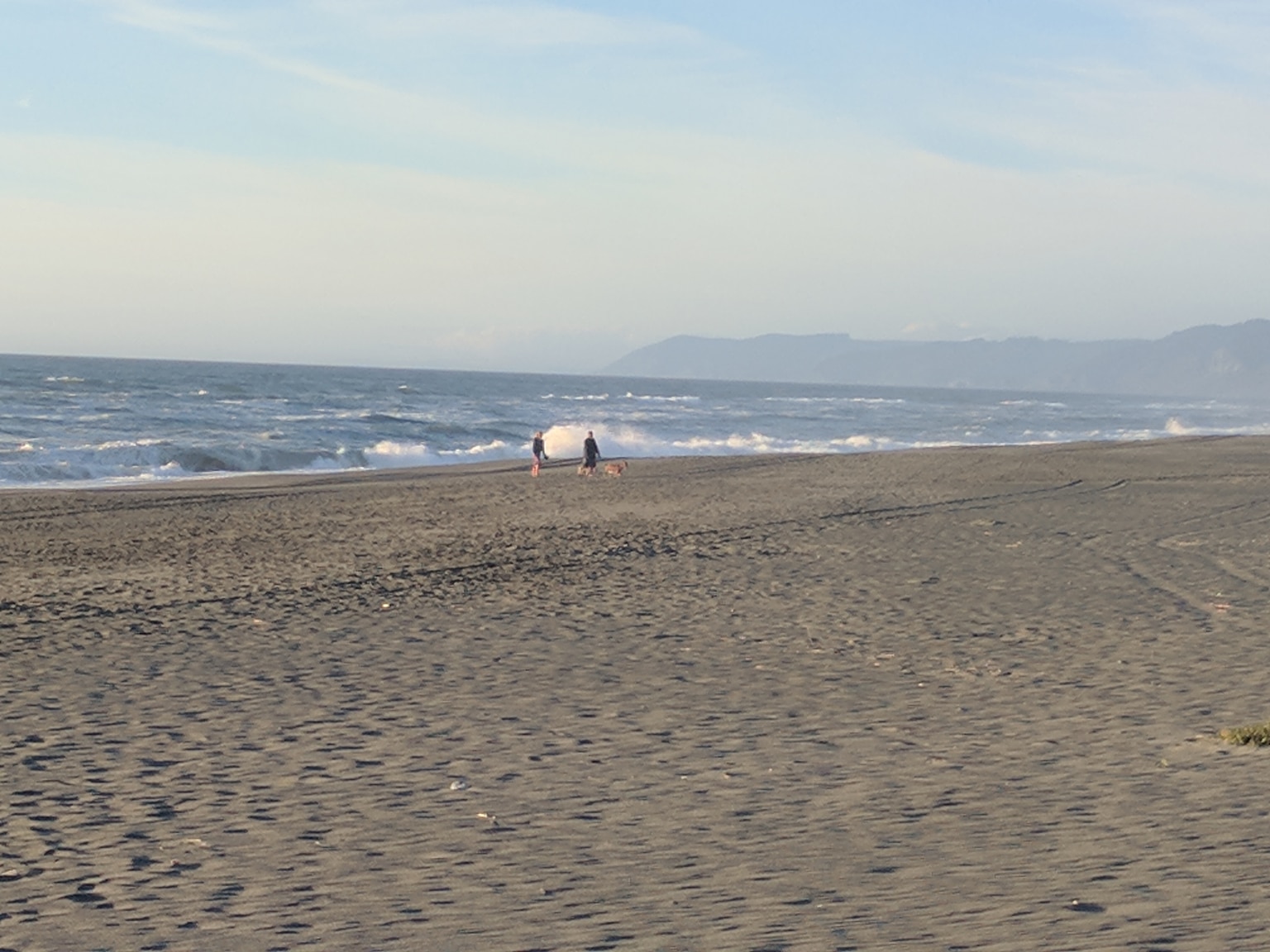 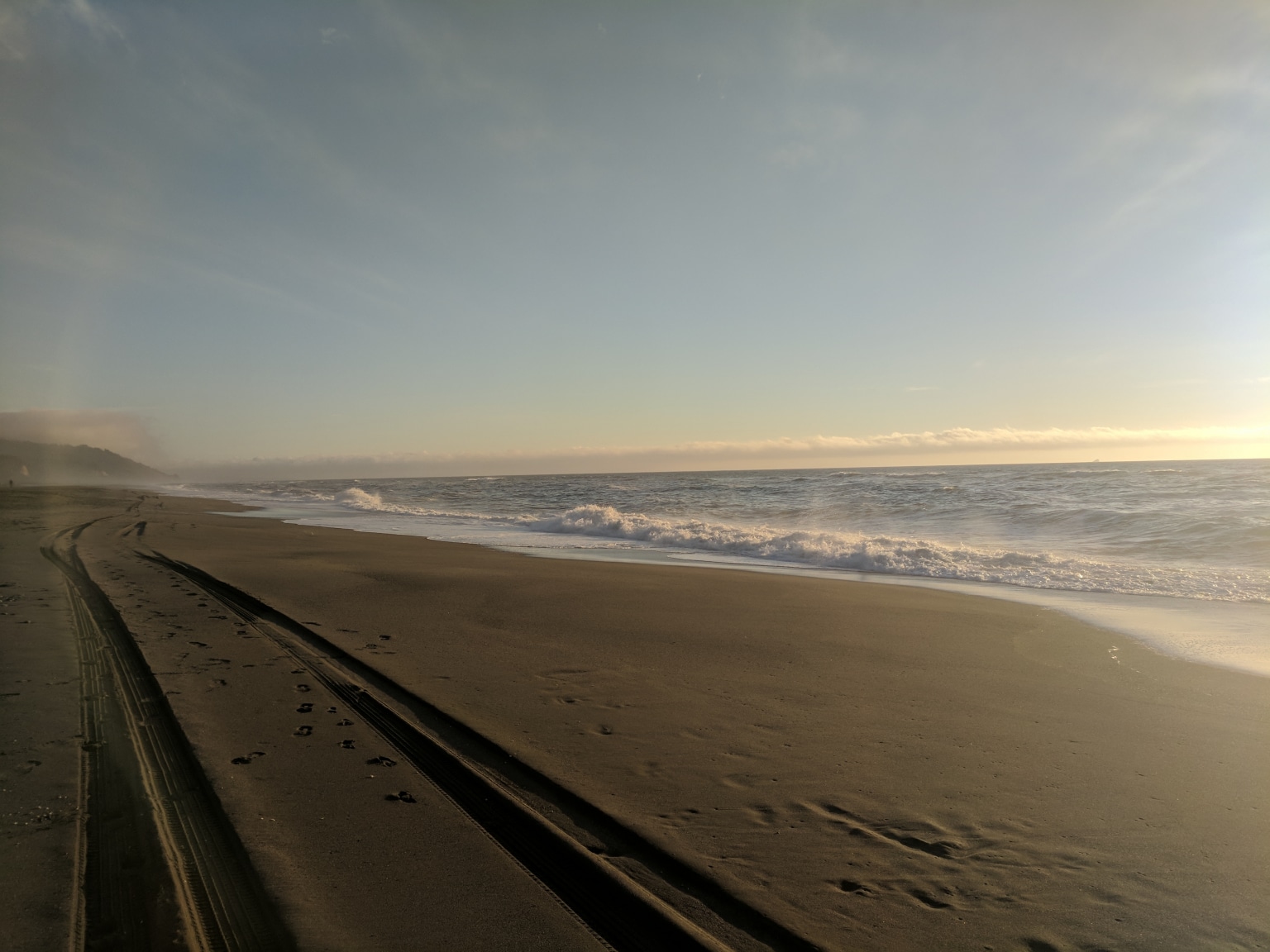 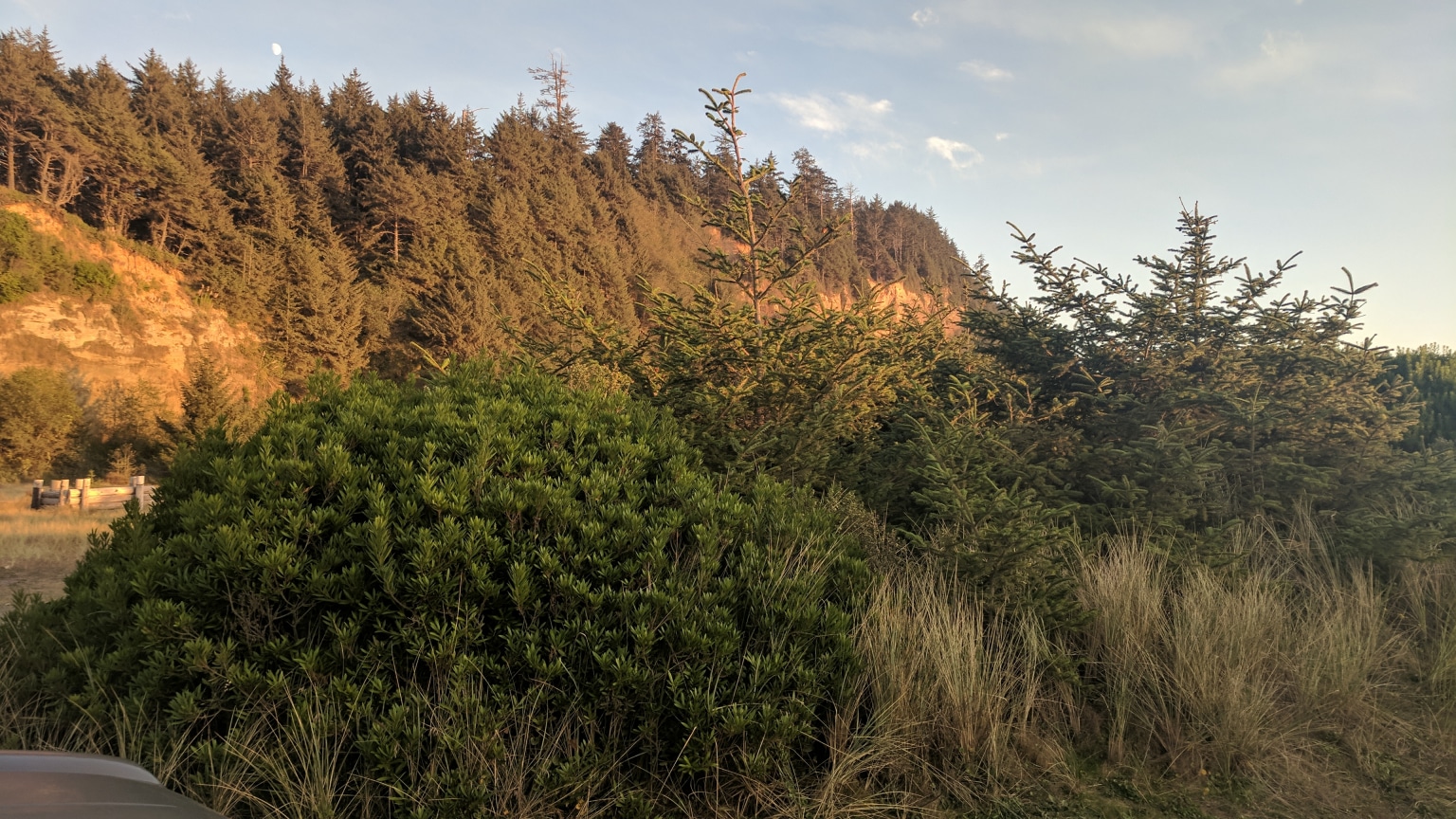 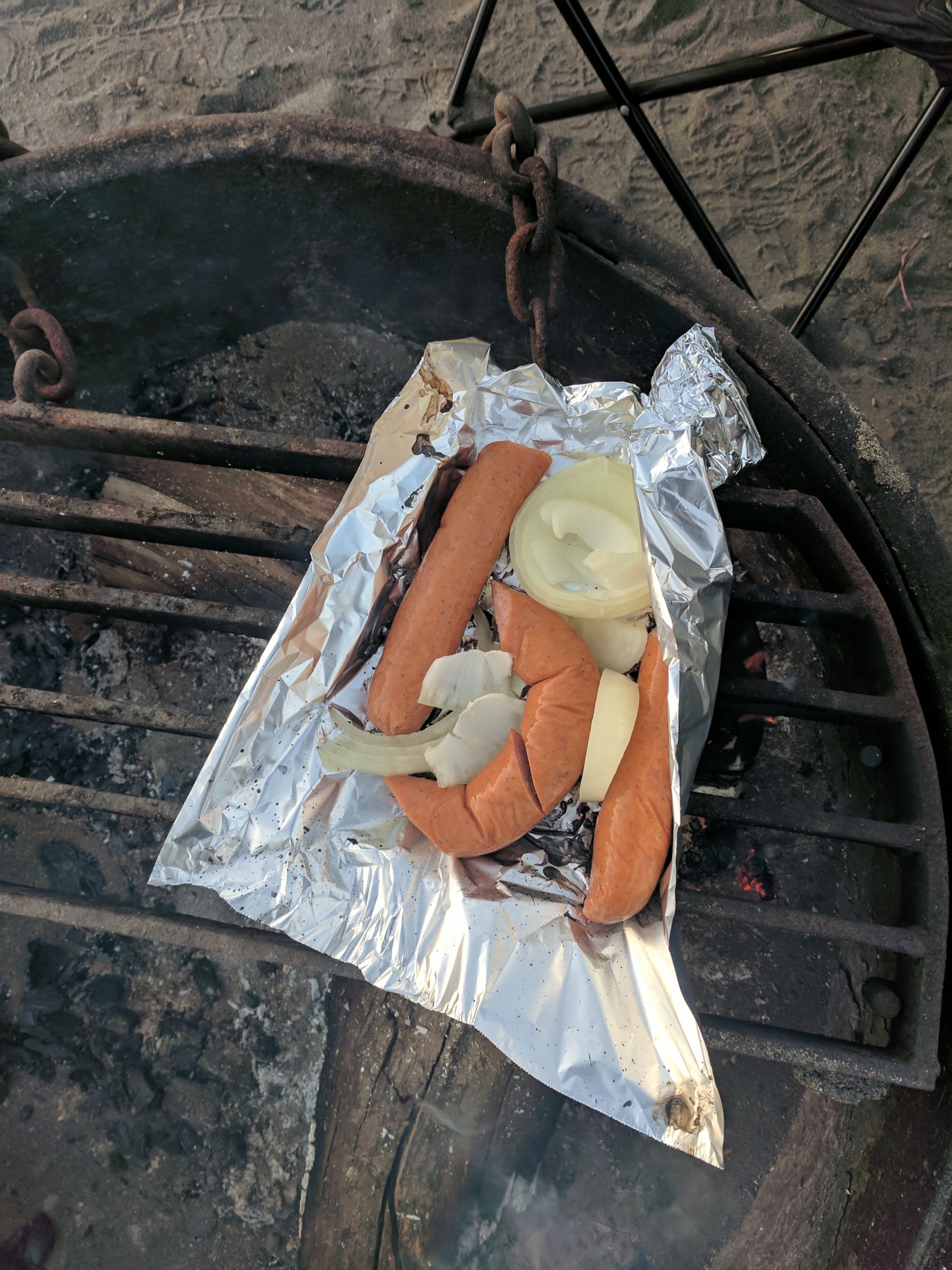 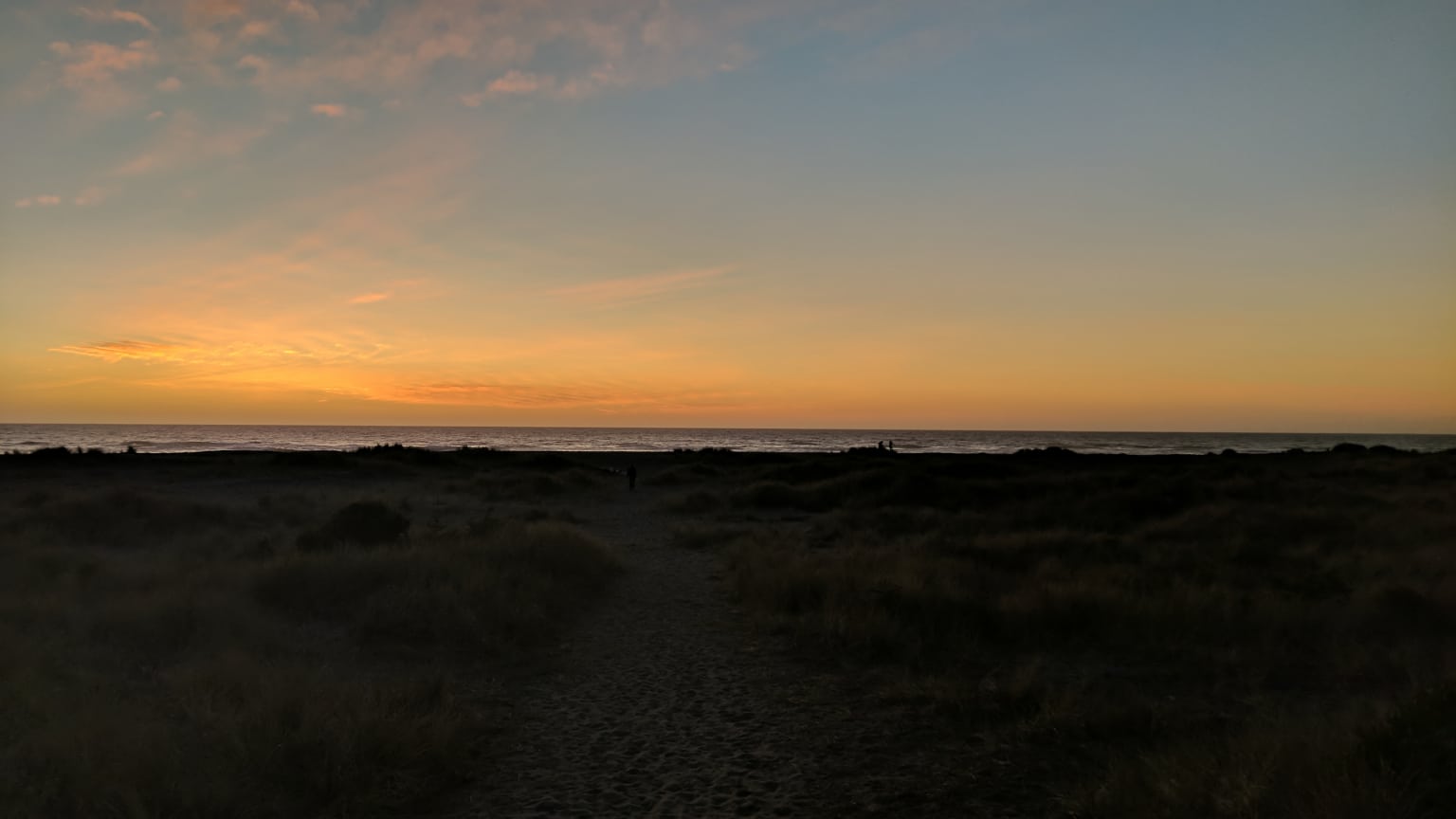 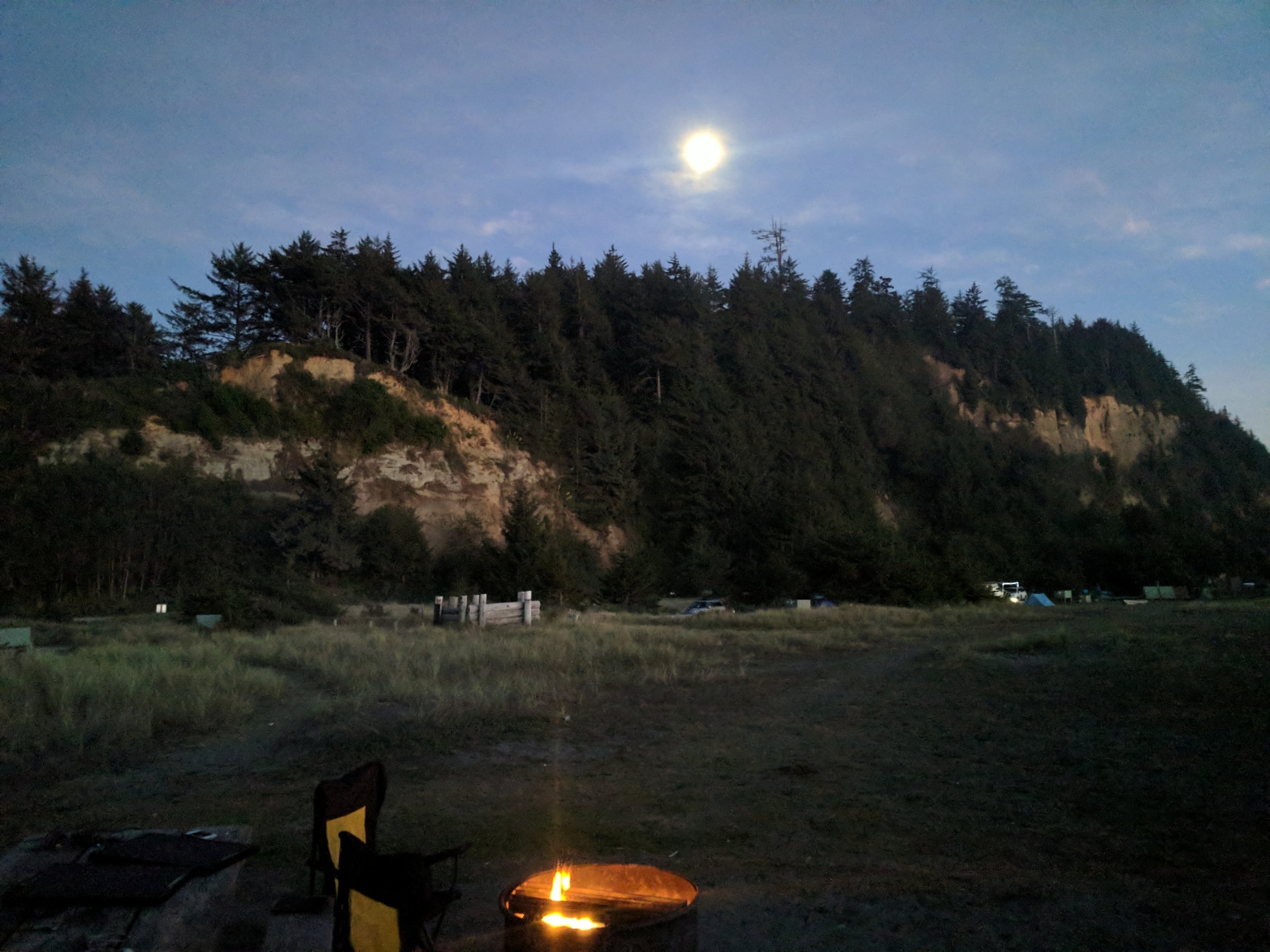 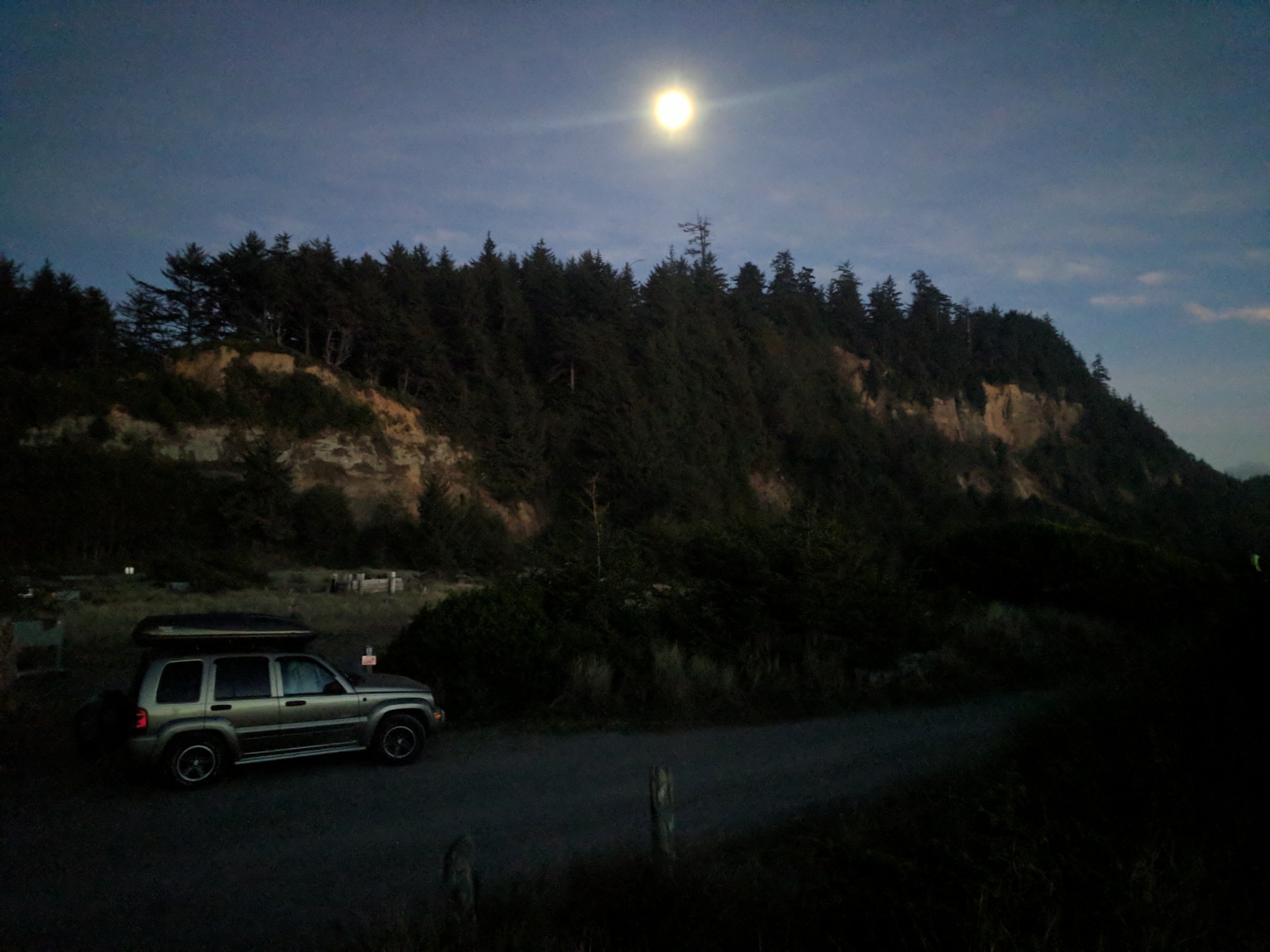 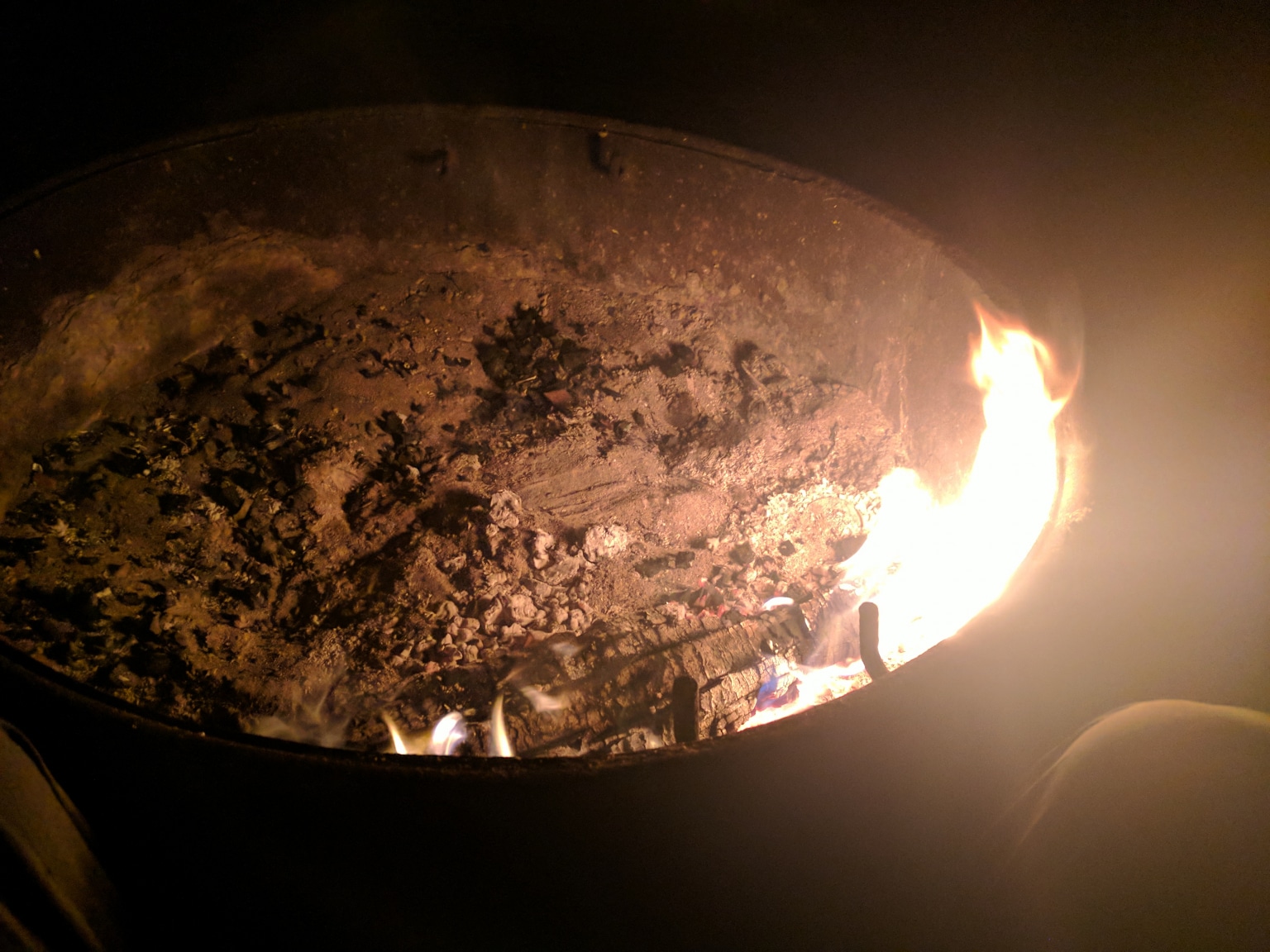 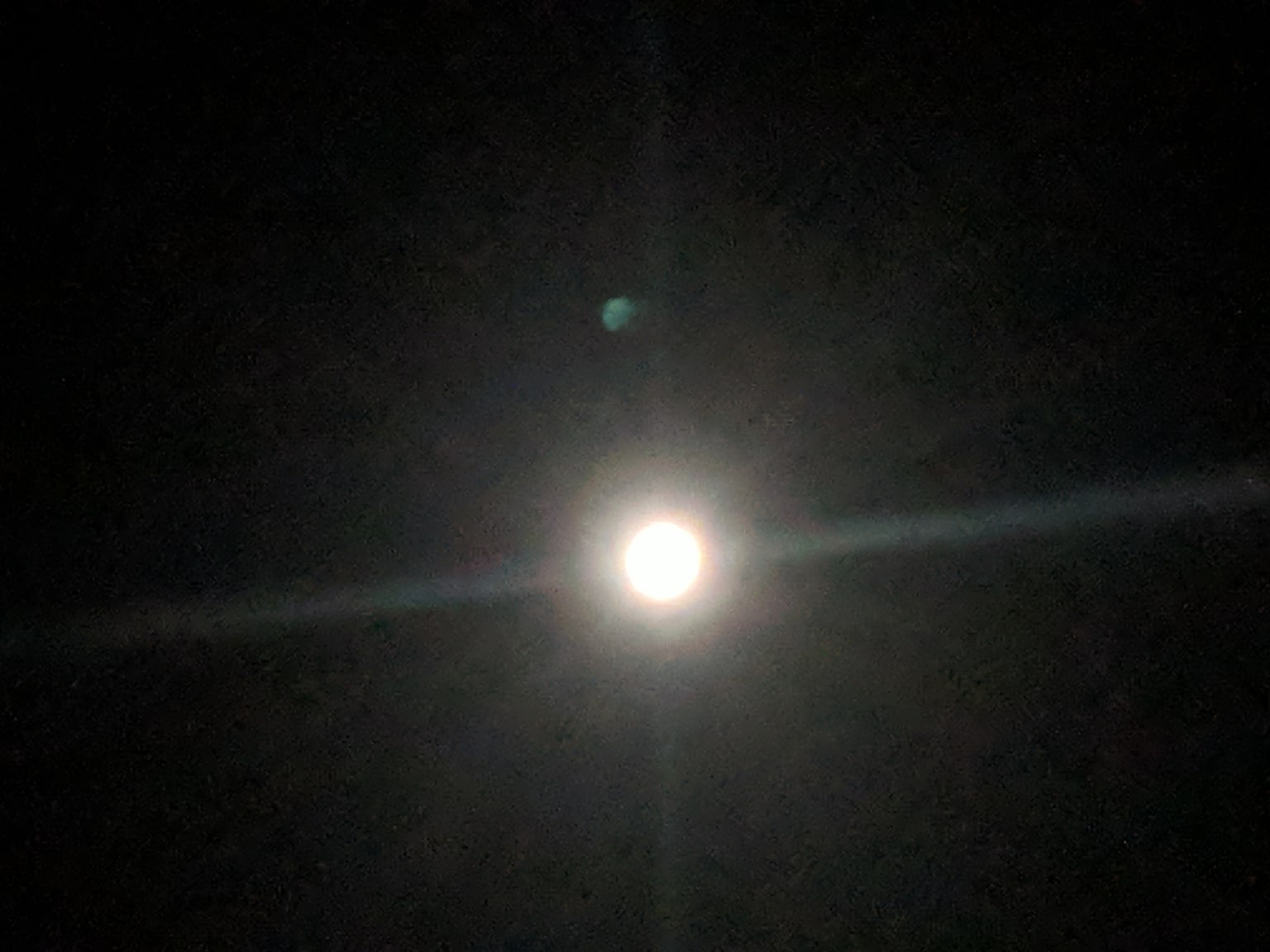