Camping and Kayaking at Baker Lake

Camping and Kayaking at Baker Lake

It was a gorgeous Labor Day morning at our campsite in North Cascades National Park. We made a big breakfast and relaxed in the hammock with our coffee for quite a while. Truthfully, I think I could have stayed there all day but we had to break down our campsite in time for checkout. We have the routine down pat by now so we were packed up and ready to go in plenty of time. Our destination today was Baker Lake which was only a little over an hour away. We figured the holiday weekend campers would be leaving so we would be likely to find a nice place to camp.

In no time, we made it to the little town of Concrete, Washington which was very close to our intended stop for the day. We made a quick stop for gas then headed into Mt Baker-Snoqualmie National Forest to find a place to camp. There are quite a few campsites in the forest but of course, we were hoping for a free one. We lucked out and found a great spot right on the lake. The sites were primitive but spacious and there were several open ones for us to choose from. Add in an outhouse and I was a happy camper. ( pardon the pun!)

The lake was so gorgeous, we decided to take the kayak out again. There was no boat ramp so we had to improvise a bit but we found a spot to launch. We had noticed a couple of young women on the lake who had the same kayak as us. They had their seats facing each other rather than one behind the other. We decided to try it so we could talk to each other more easily as we paddled. Francis ended up doing most of the paddling as it was harder to coordinate our strokes that way but we enjoyed being face to face. It was a perfect day to be out on the water, sunny and warm with a lovely breeze. The only negative was the interruption of a very loud group on a speedboat who came by several times playing their music at top volume.

After a couple hours of leisurely floating and paddling, we decided to head back to shore. We realized the spot where we launched was not ideal for coming out of the water. It was pretty steep and slippery so we looked for a flatter spot along the shore. The spot we found was very close to another campsite so we asked if they minded us coming out there. They, of course, were fine with it and we were able to easily get the boat out of the water. We introduced ourselves and found out they were also from North Carolina and doing a similar trip to ours. They (Evan and Amanda) were from Ashville and had been traveling for several months in their van with their two adorable dogs looking for a new place to settle. We enjoyed swapping stories about places we had been and the ups and downs of the traveling life. They had been at the campsite for a few days and told us the loud speedboaters had been there all night the night before blaring their music despite complaints from other campers Apparently, they were men in their forties looking to pick up young girls who were there camping.Based on the type of music they were playing, Francis had assumed they were college kids not middle aged men!  Fortunately for us, the long weekend was over and the boaters and young campers seemed to have headed home.

With only a few other campers left, we enjoyed a quiet night relaxing after our nice day on the lake. 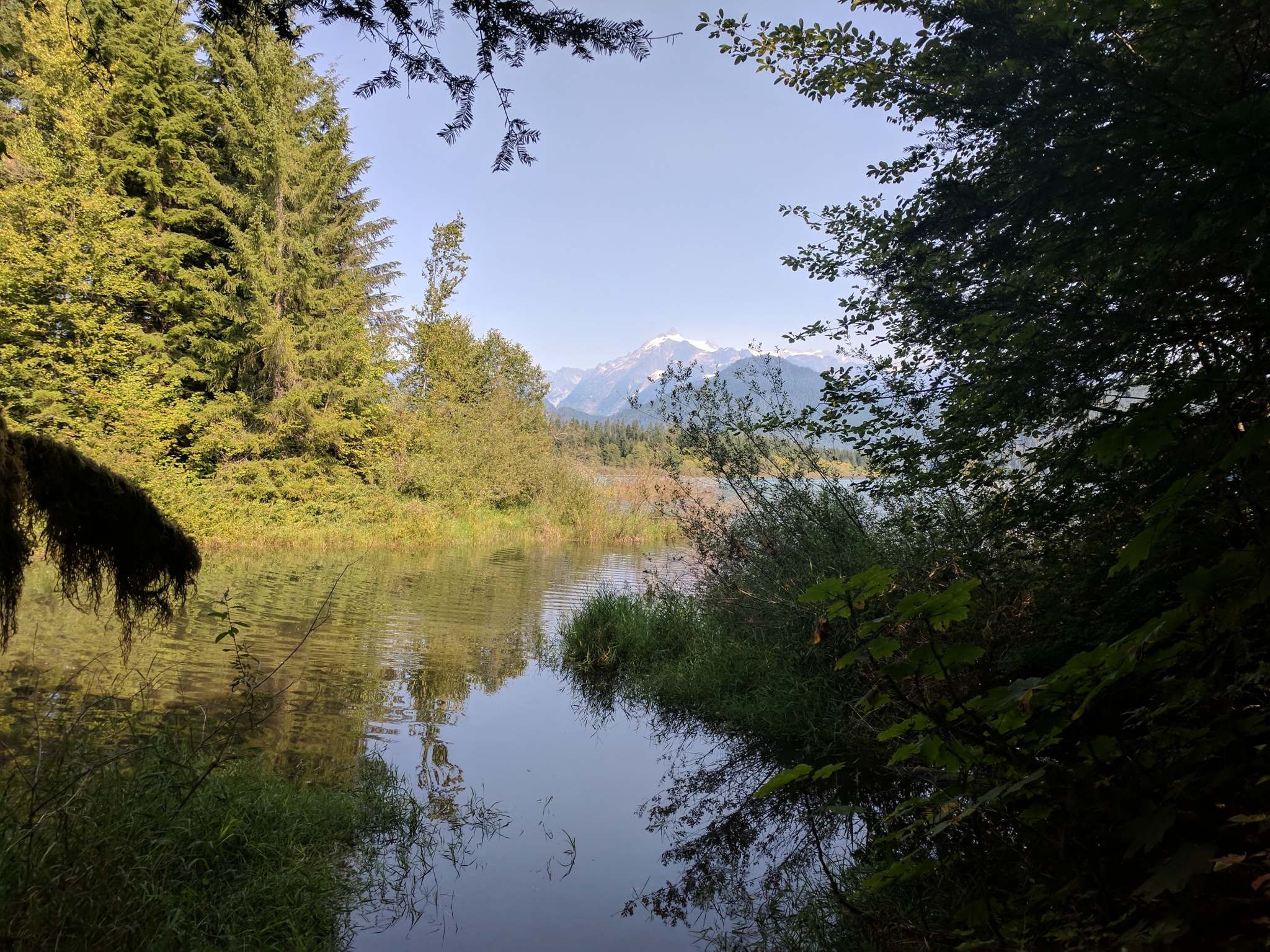 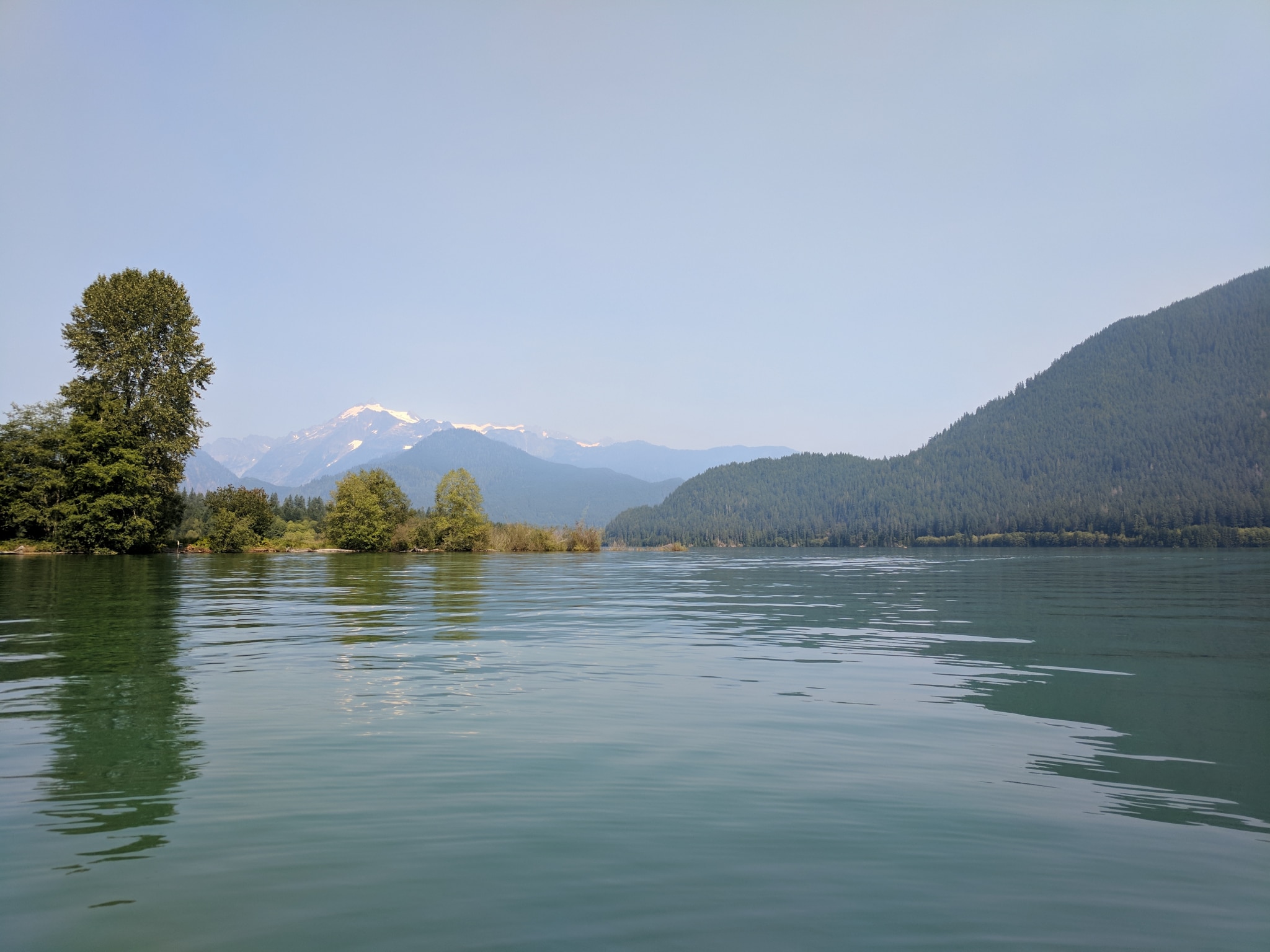 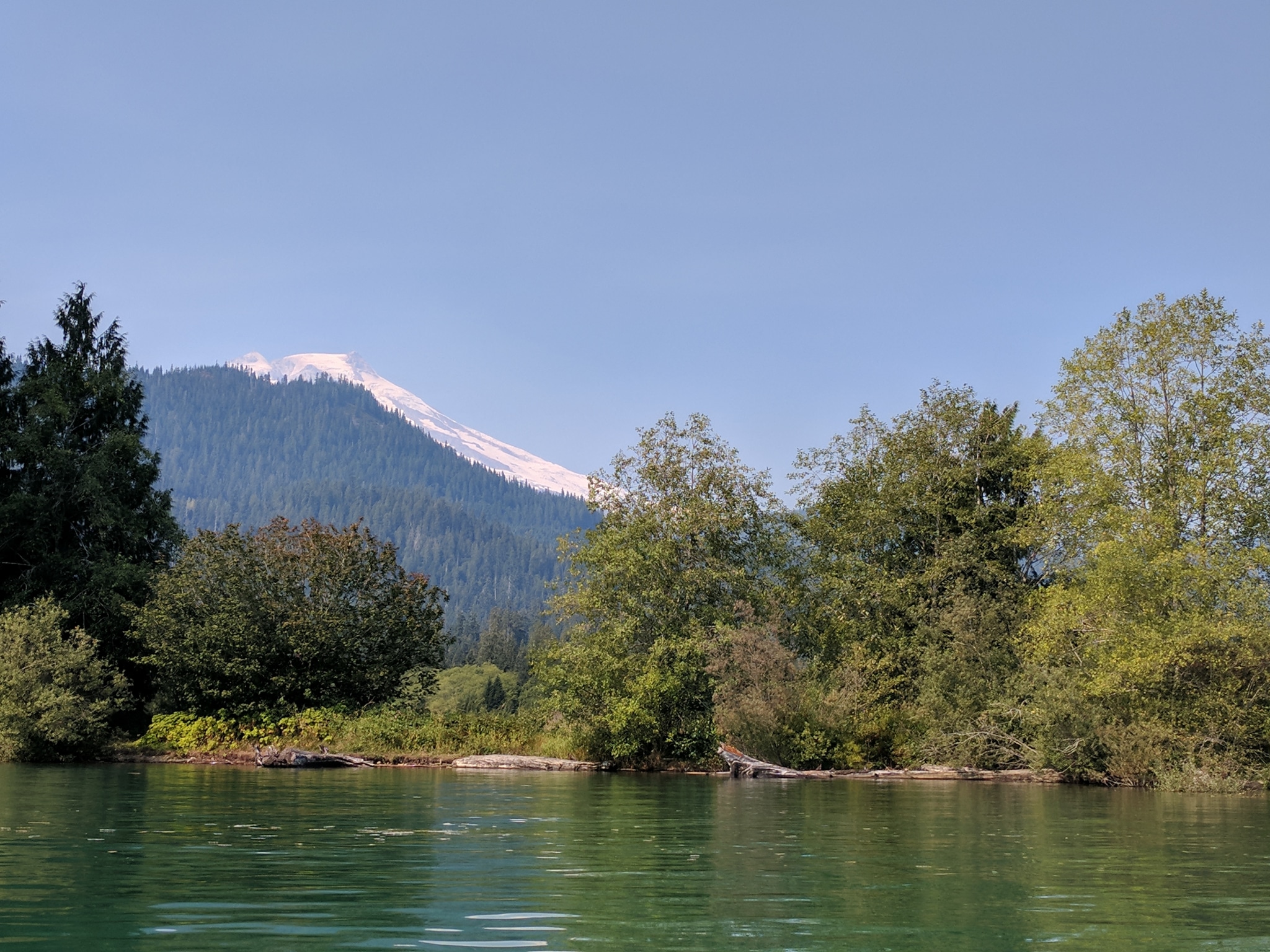 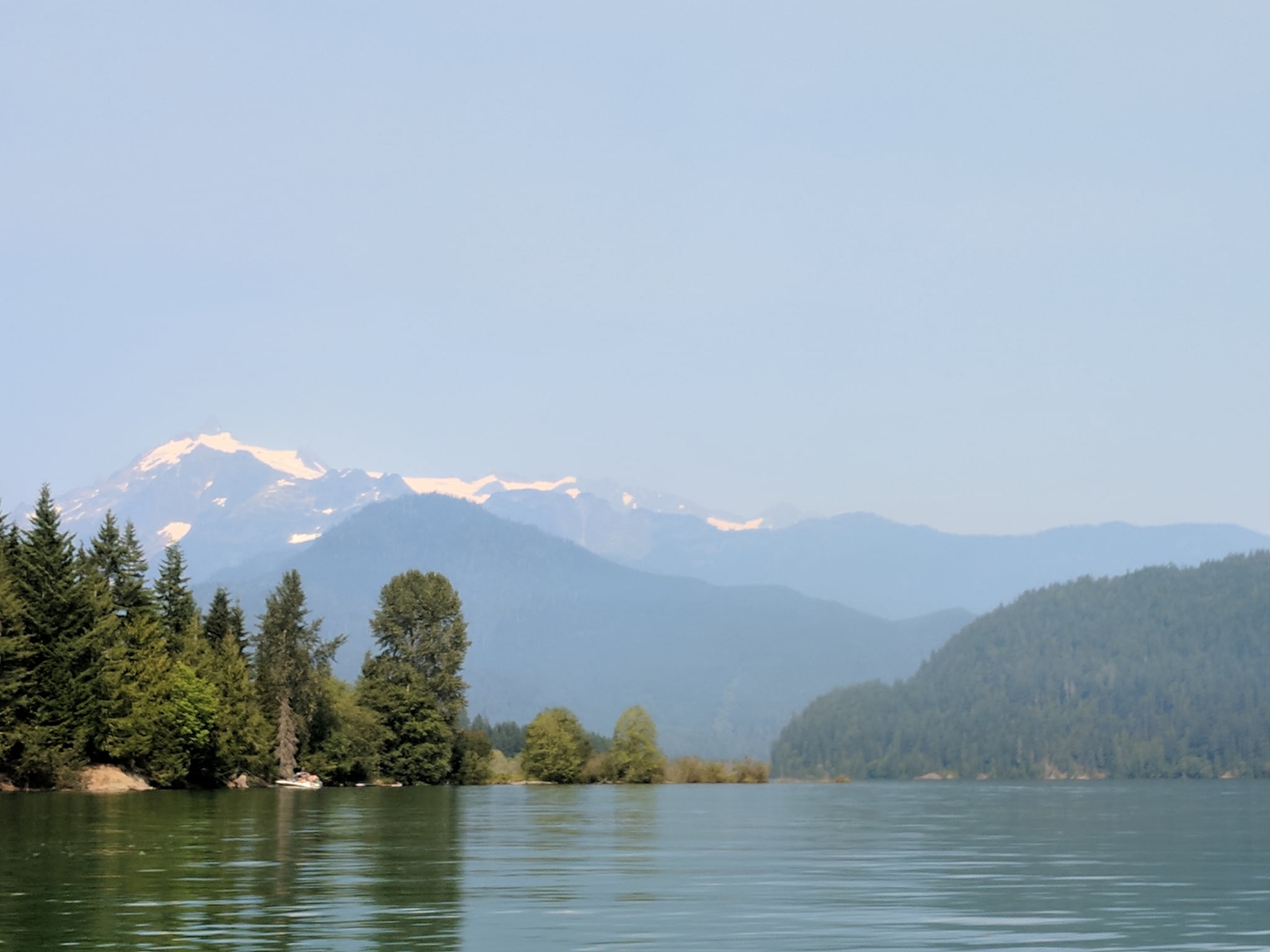 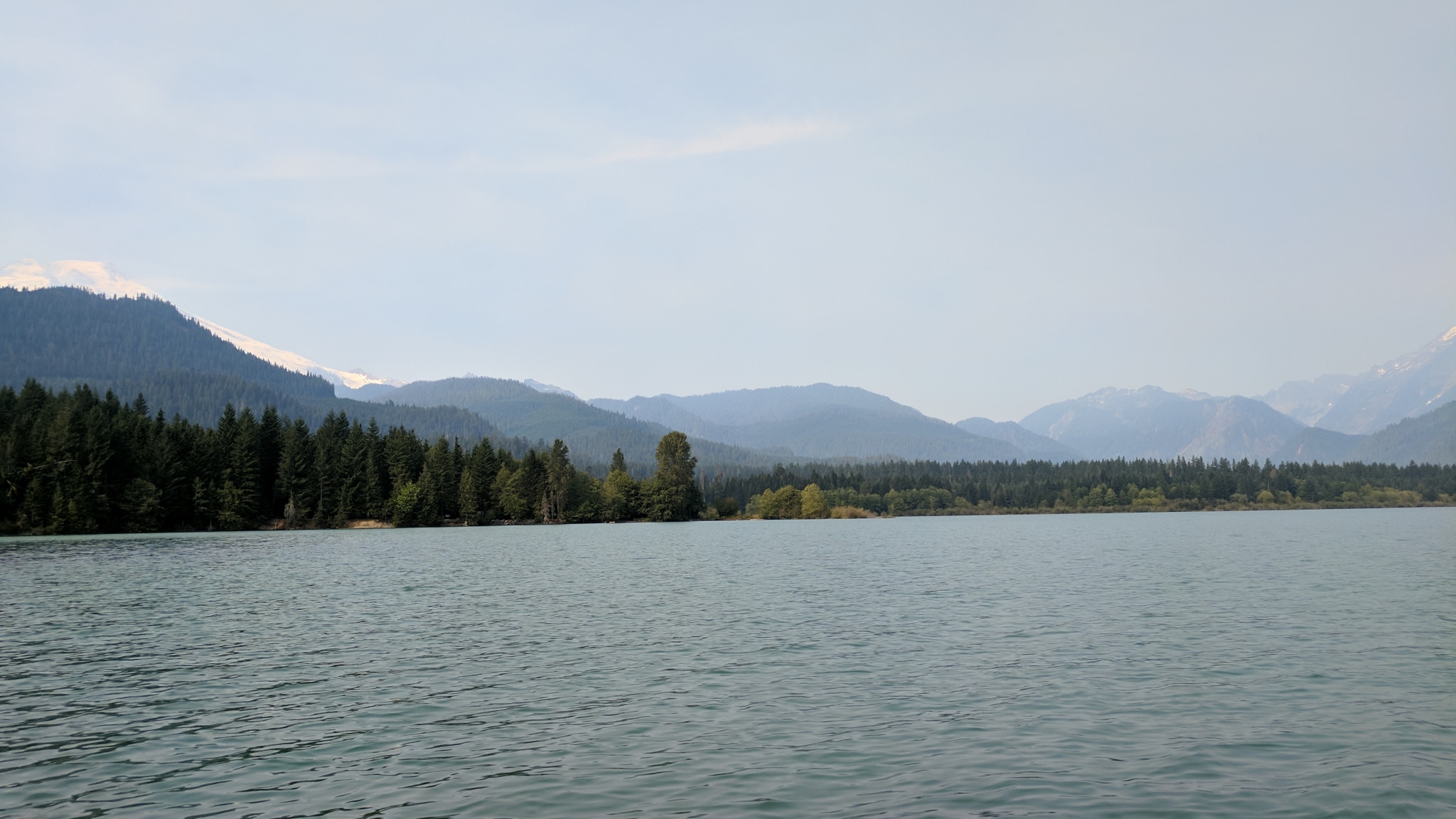 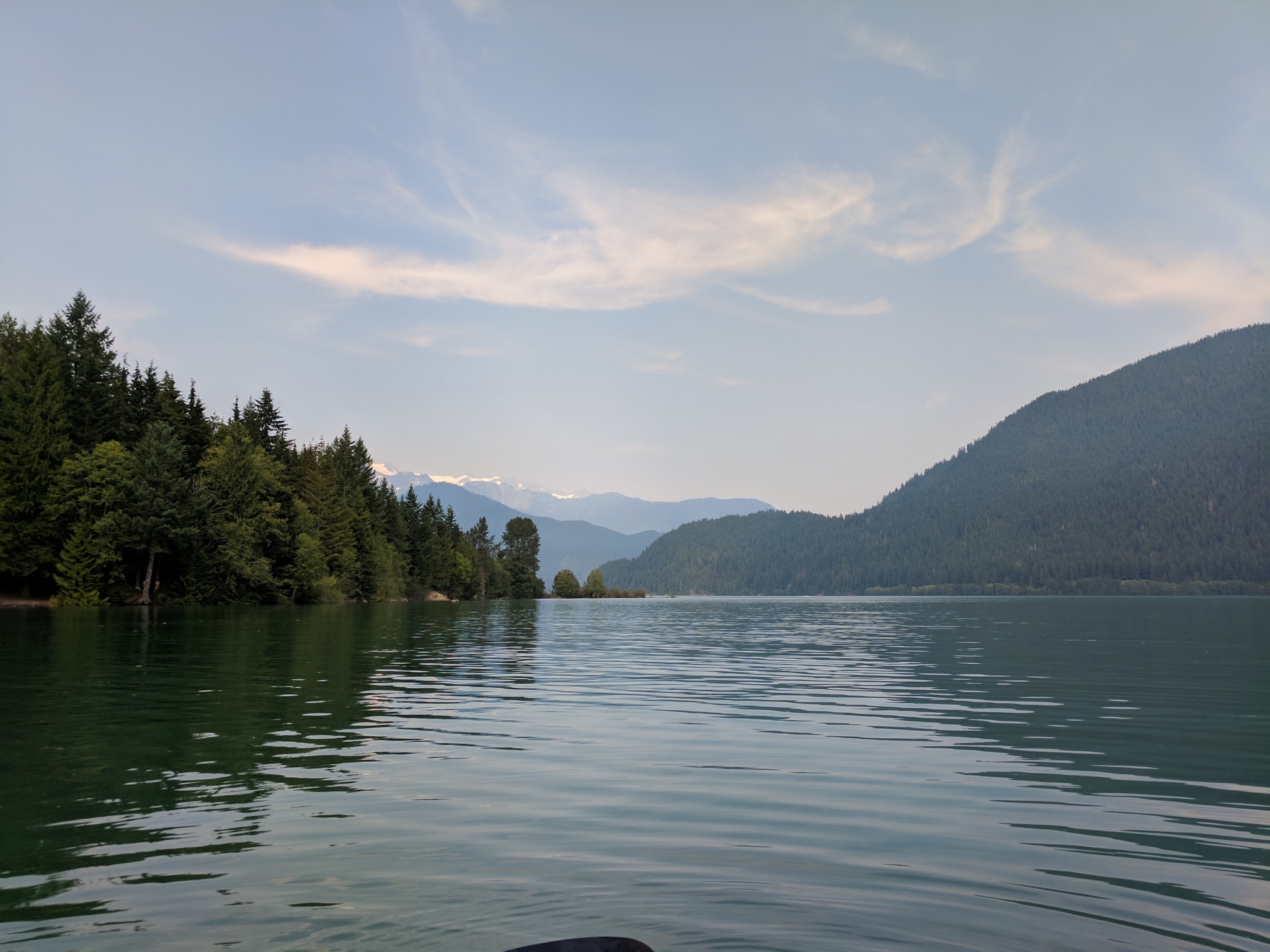 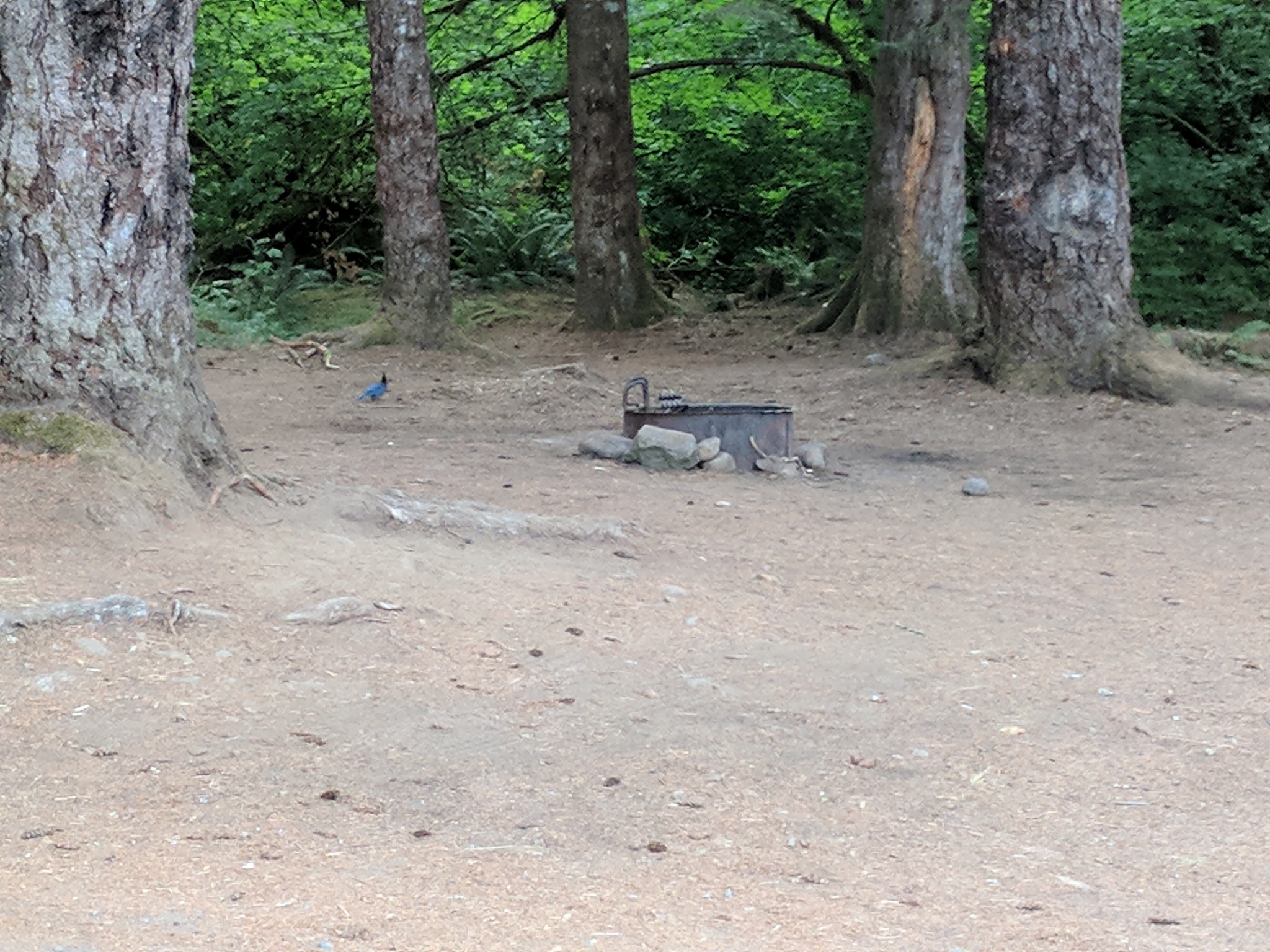 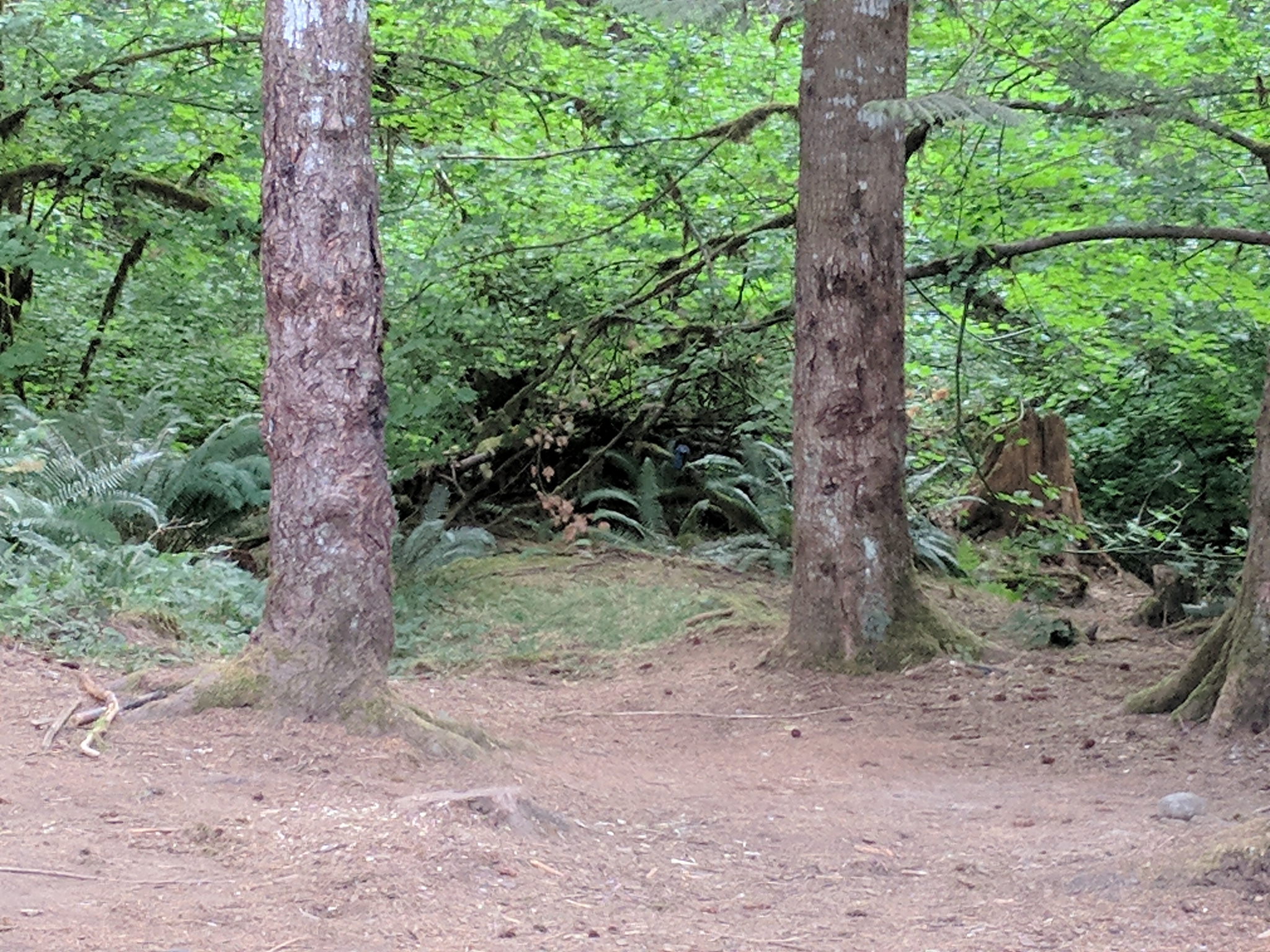 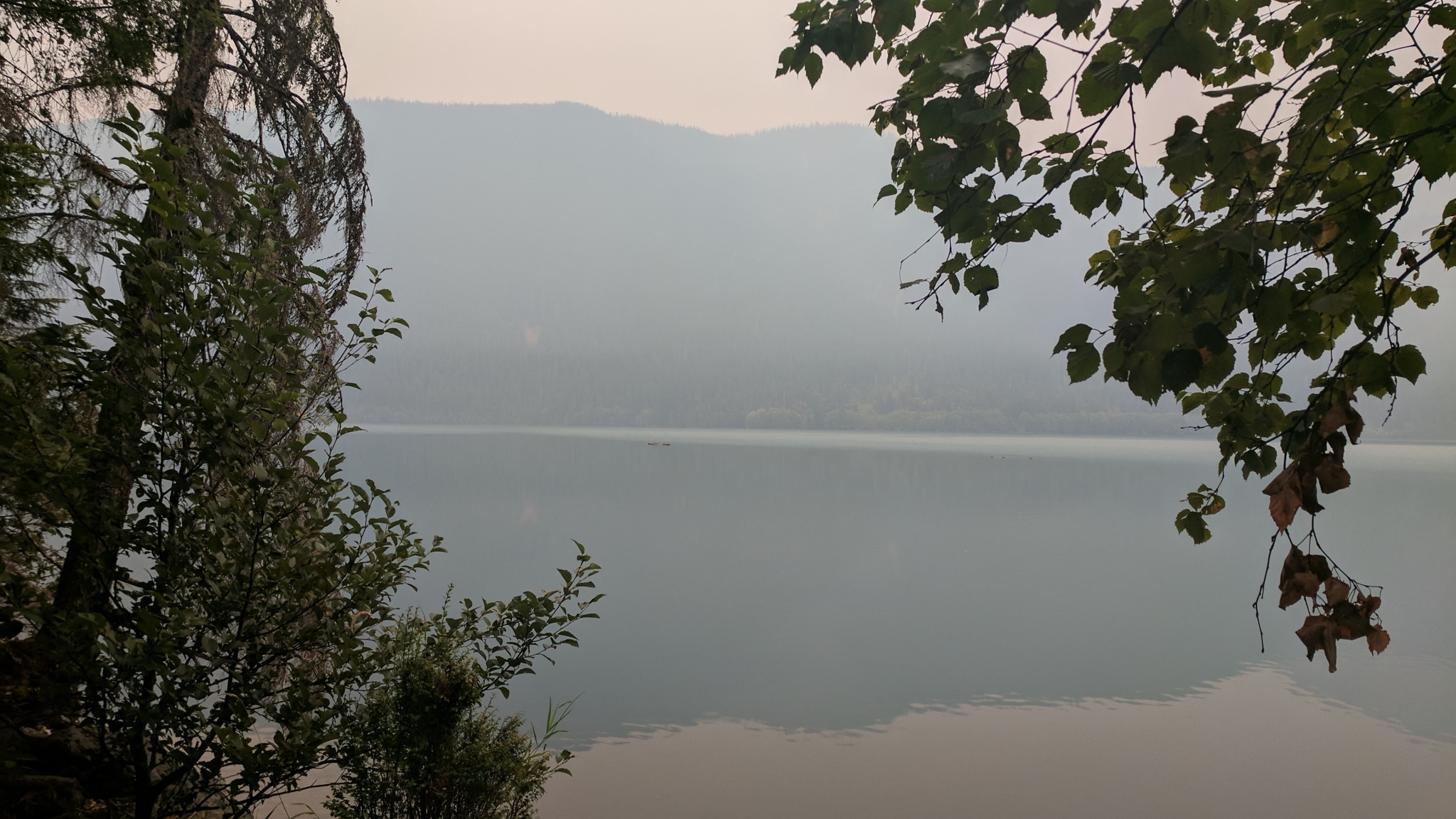 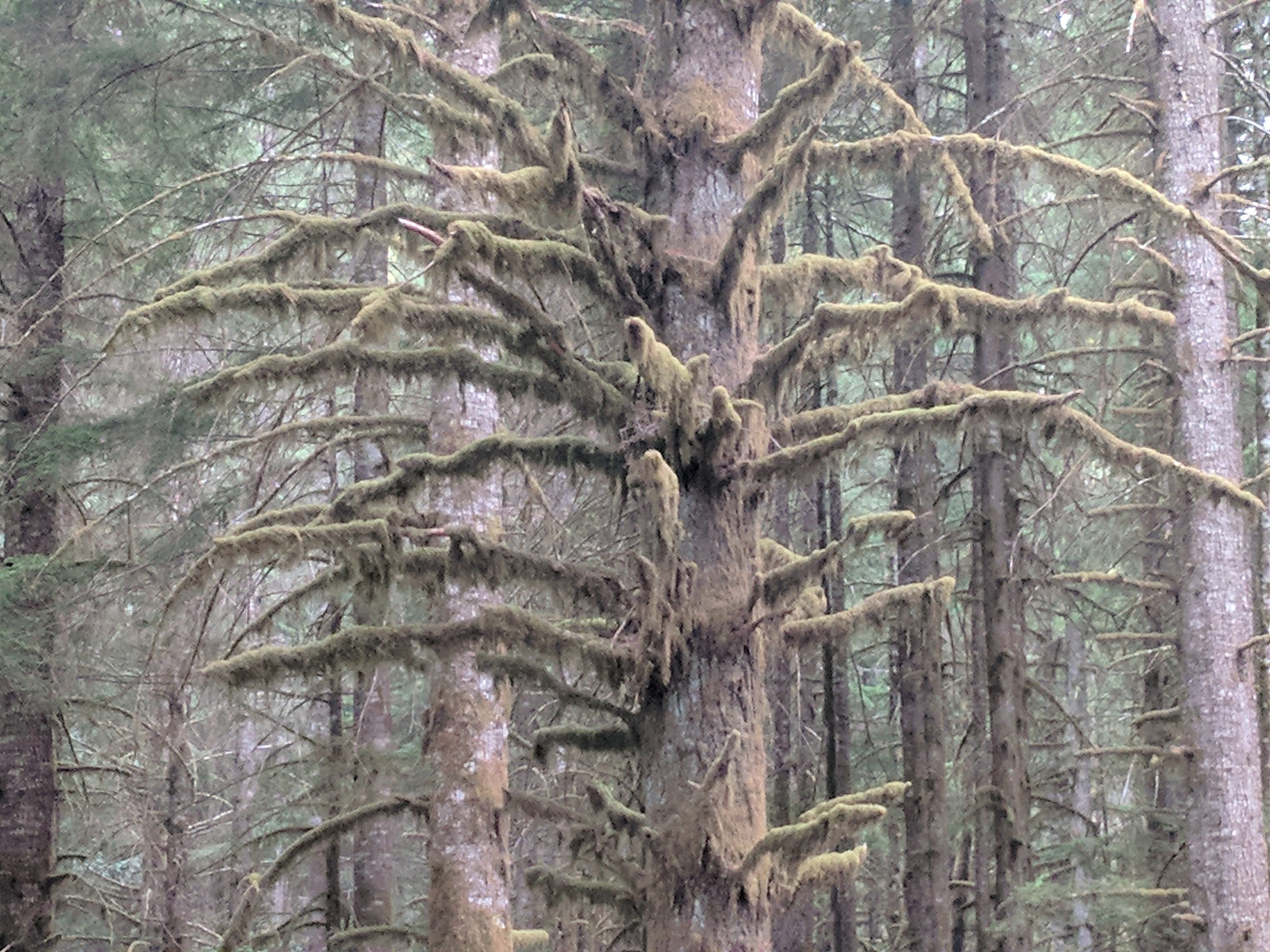 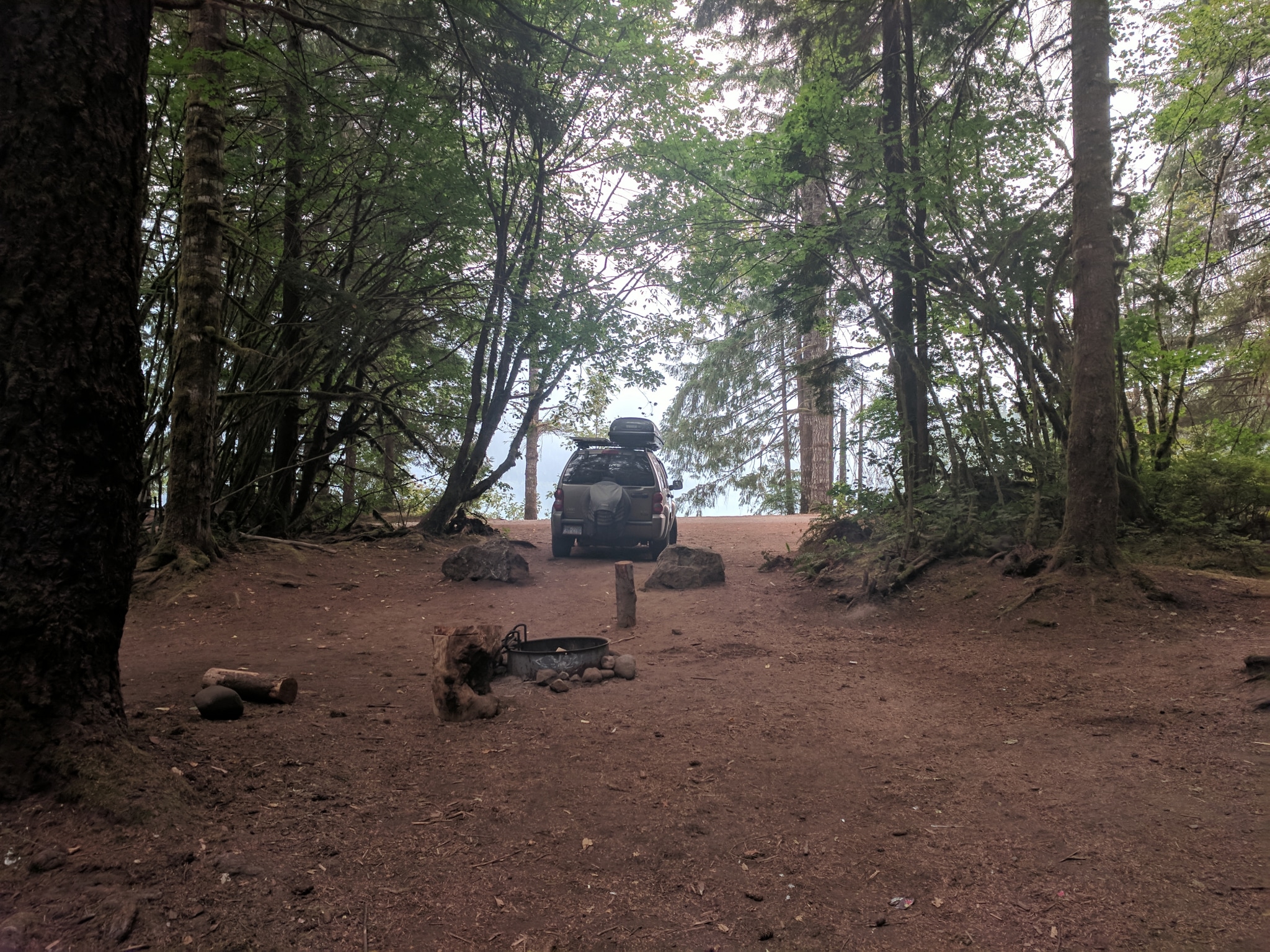 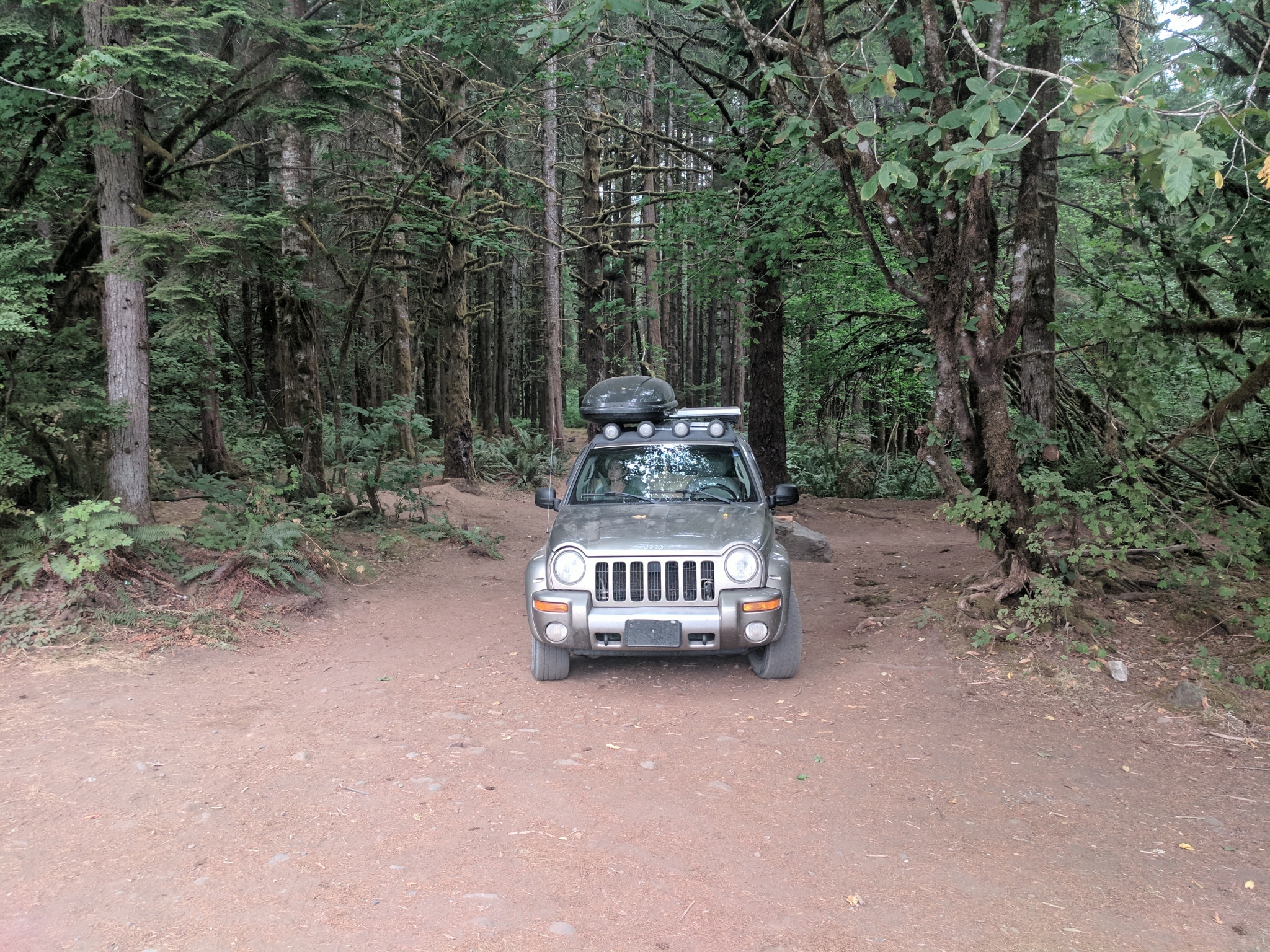