We woke to another cool, beautiful morning at Custer State Park. It is nice to stay in one spot for a few days and cut down on the time spent driving from place to place and setting up and packing up camp.

As always there was work to do, so we drove back into the town of Custer to find a coffee shop with wi-fi. We settled in at 1881 Bank Coffeehouse. From the outside, it looked like something from an old western but it was very bright and modern inside. Francis had discovered earlier that morning that a fantastic video he had taken of the bison herd the night before seemed to be missing from his phone. He found out from a forum, that this is actually a flaw in the phone (Google Pixel) and has happened to quite a few other people. He spent some time with Google support but there was no way to recover the video. He was pretty crushed because he had planned for this to be the first video he posted on the blog. He had lots of great pictures, some of which you can see on the previous blog post, but pics are not quite the same as a video.

We left the coffee shop and drove to a nice picnic spot in the park where we knew we had cell and internet service. I made lunch for us and read a book while he got some work done on a mobile app he built.  We both really enjoy being outdoors ( obviously!) so it was a lovely way to spend the day.

We were so focused on what we were doing, we failed to notice a bison approaching us until he was very close to our picnic table. I kept very still and quiet ( bison can get very aggressive and weigh up to 2000 pounds) while he got a video. We will post the video soon. We allowed plenty of time for him to move away before we headed back to our car to grab some food for dinner.

Before heading back to camp, we decided to take another drive around the Wildlife Loop Road in hopes of seeing the bison herd again and recreating the lost video. We did see a lot of wildlife again but this time the bison were staying in one spot eating rather than moving so it was not quite the same. Still pretty cool though and we did have the close-up video from the picnic area. 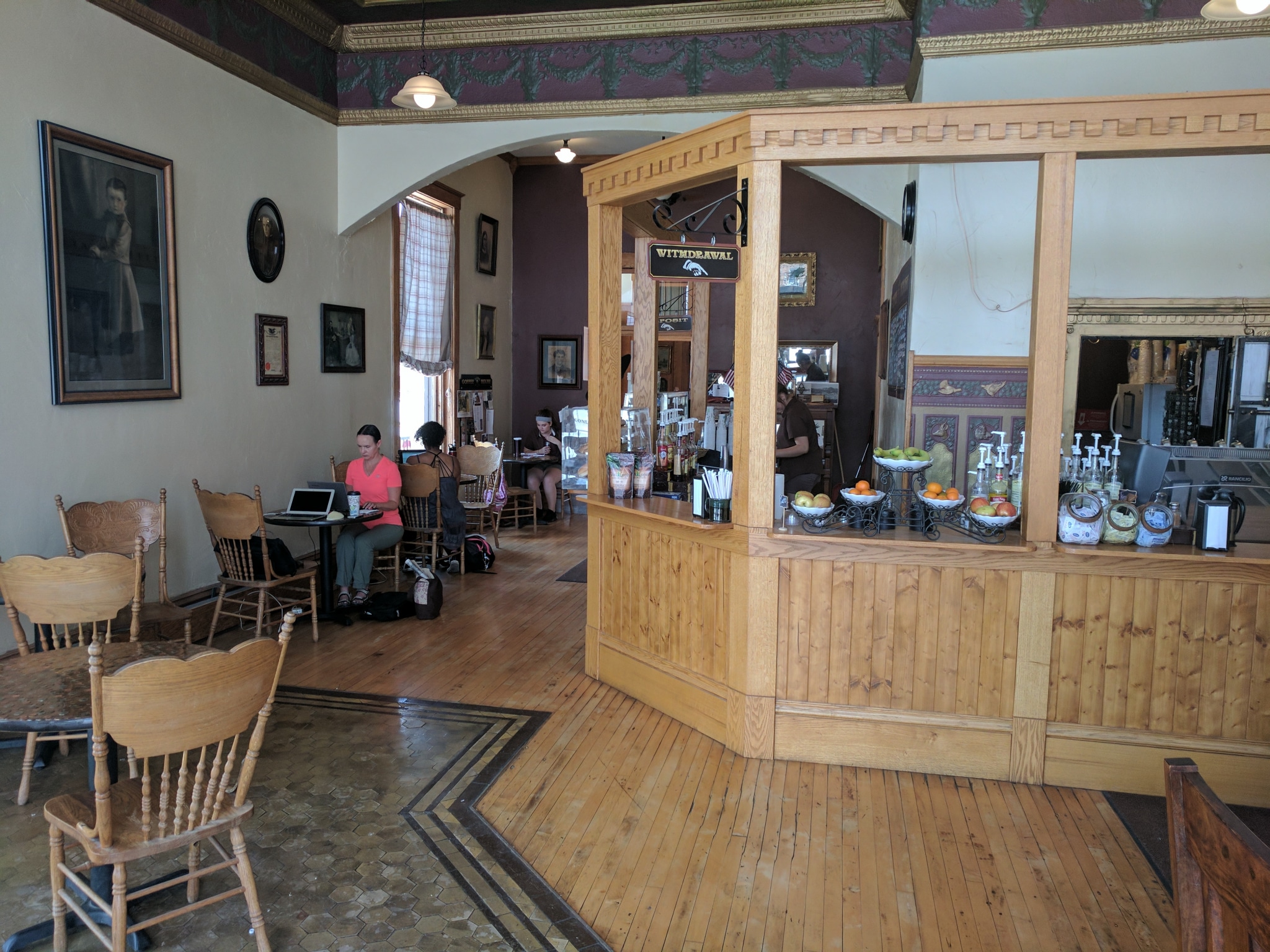 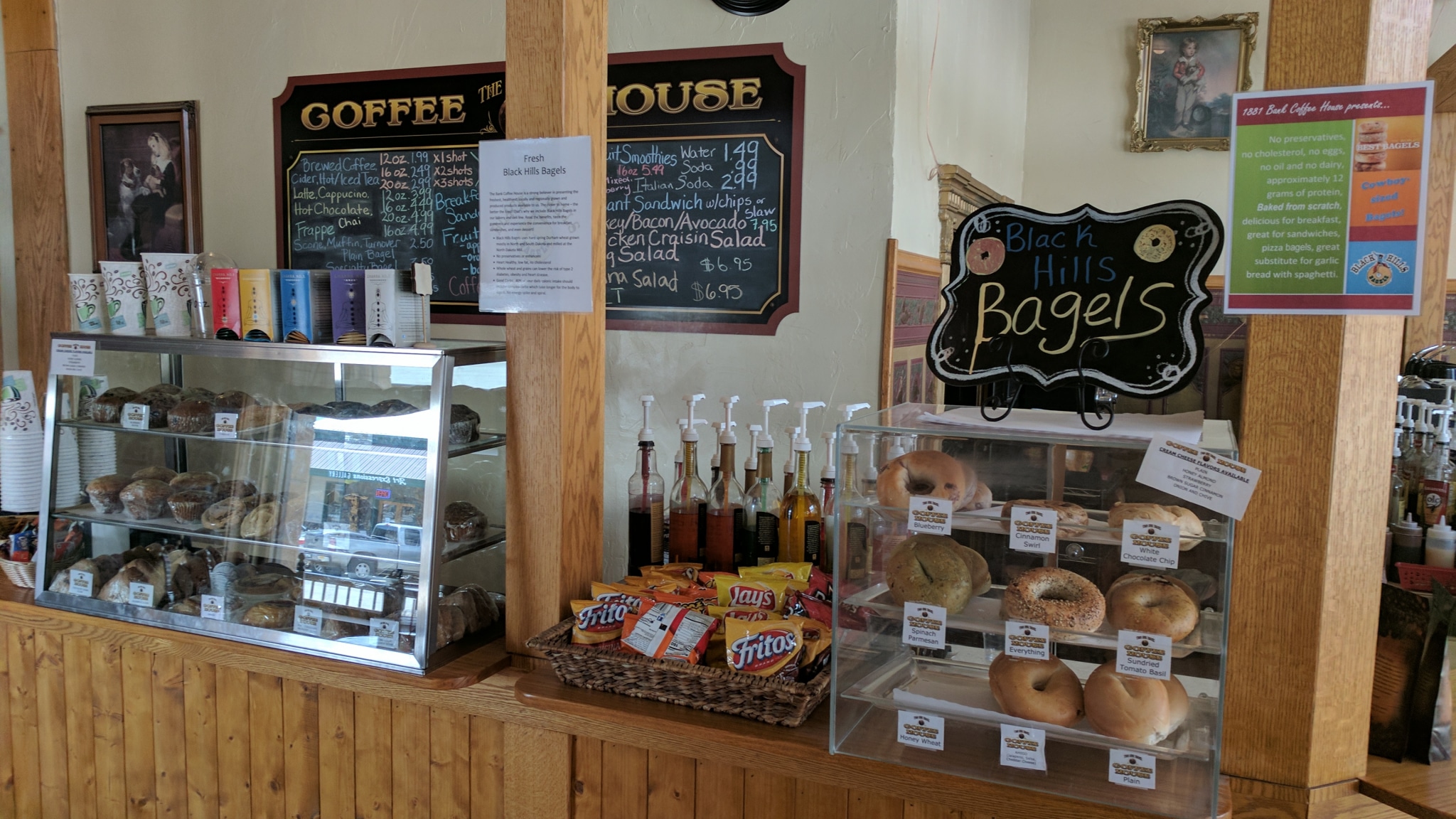 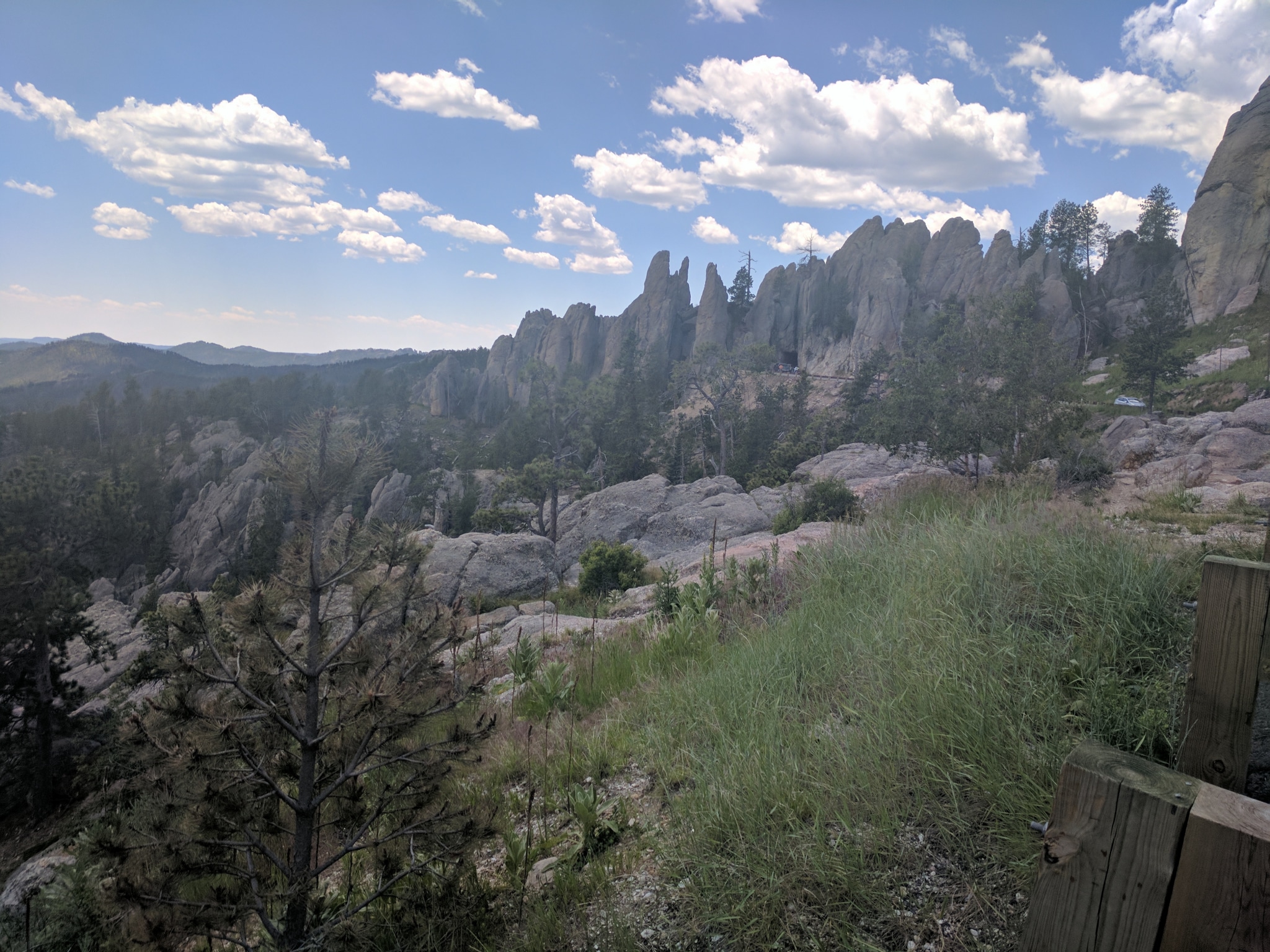 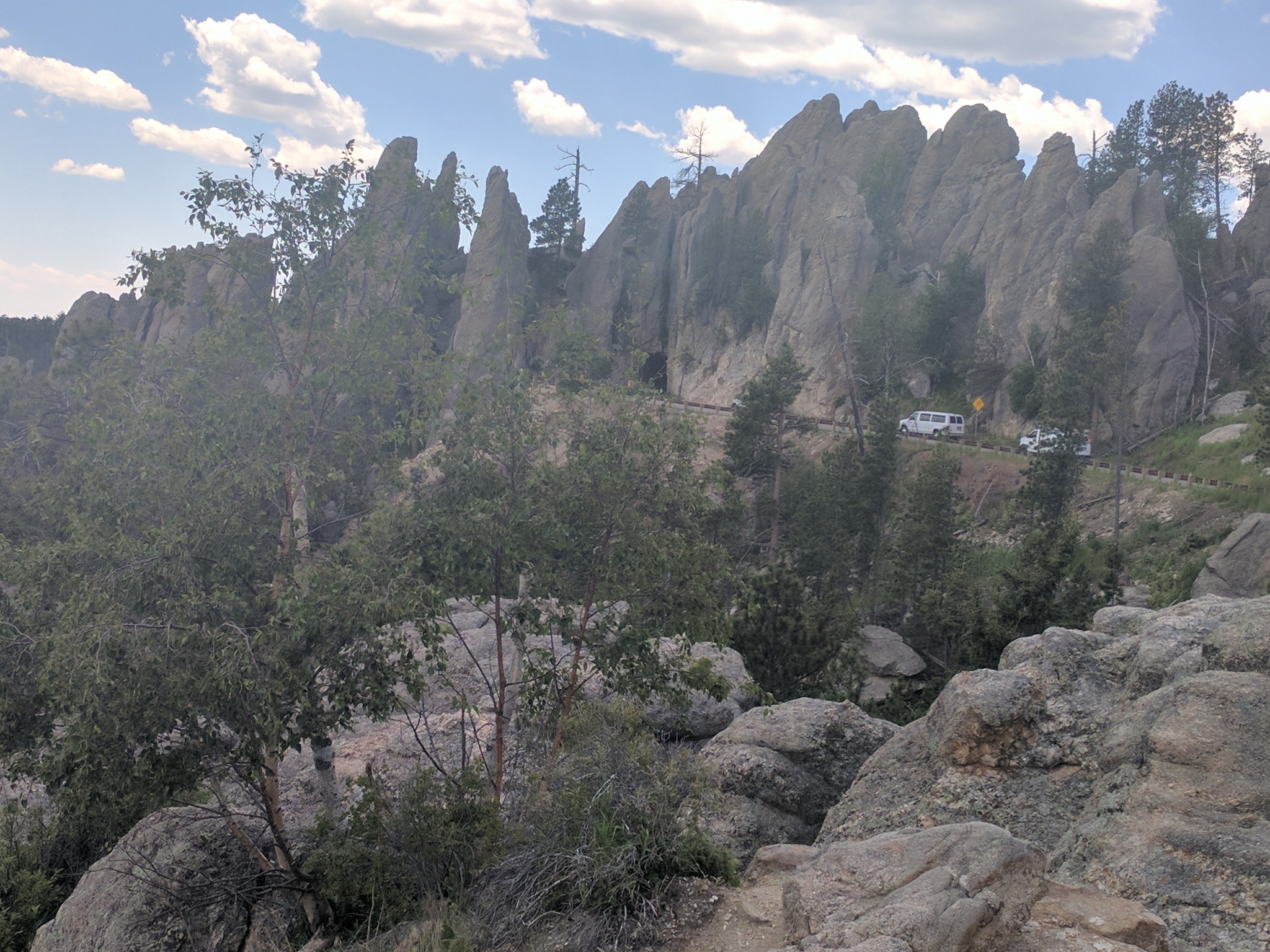 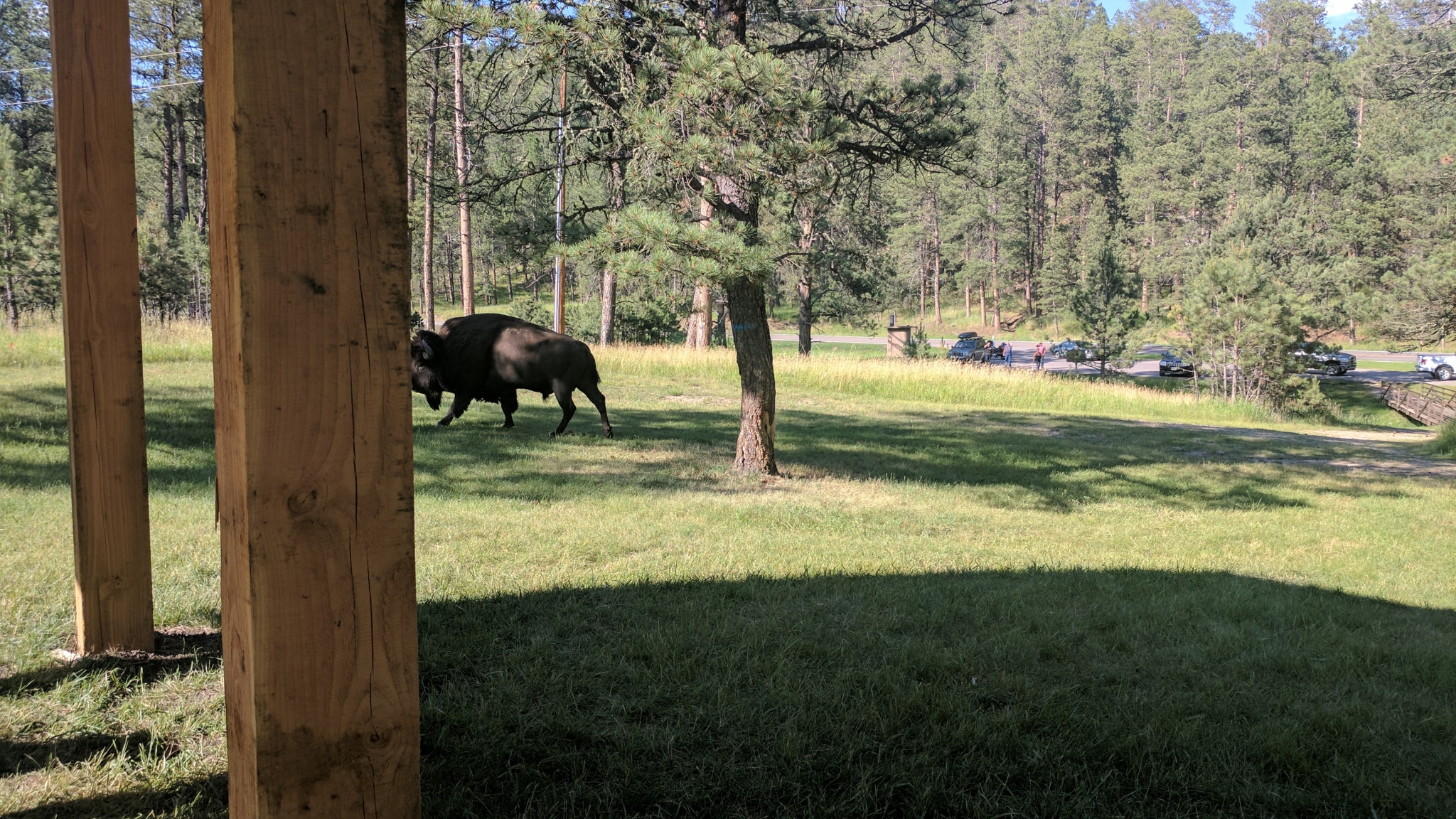 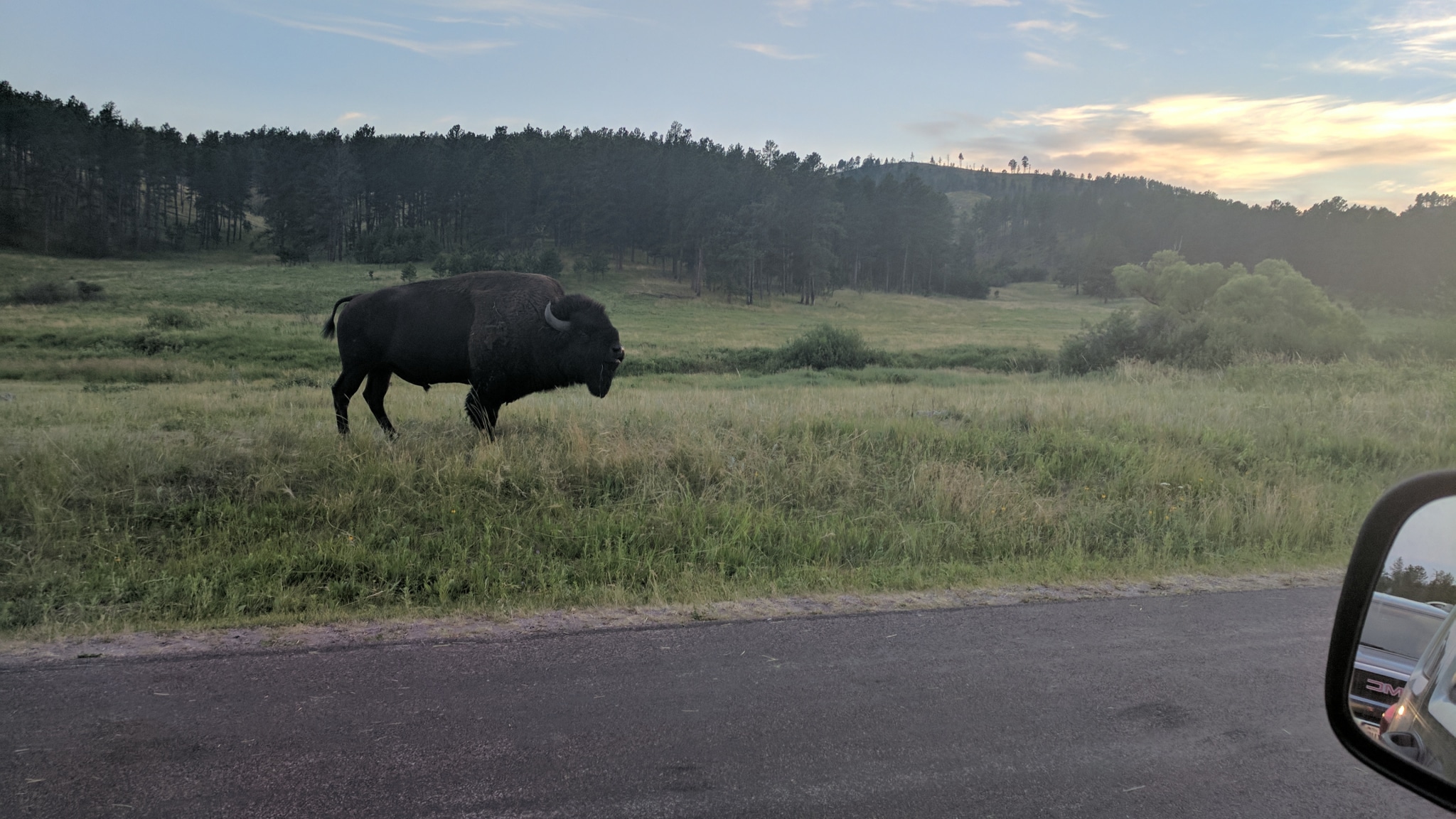 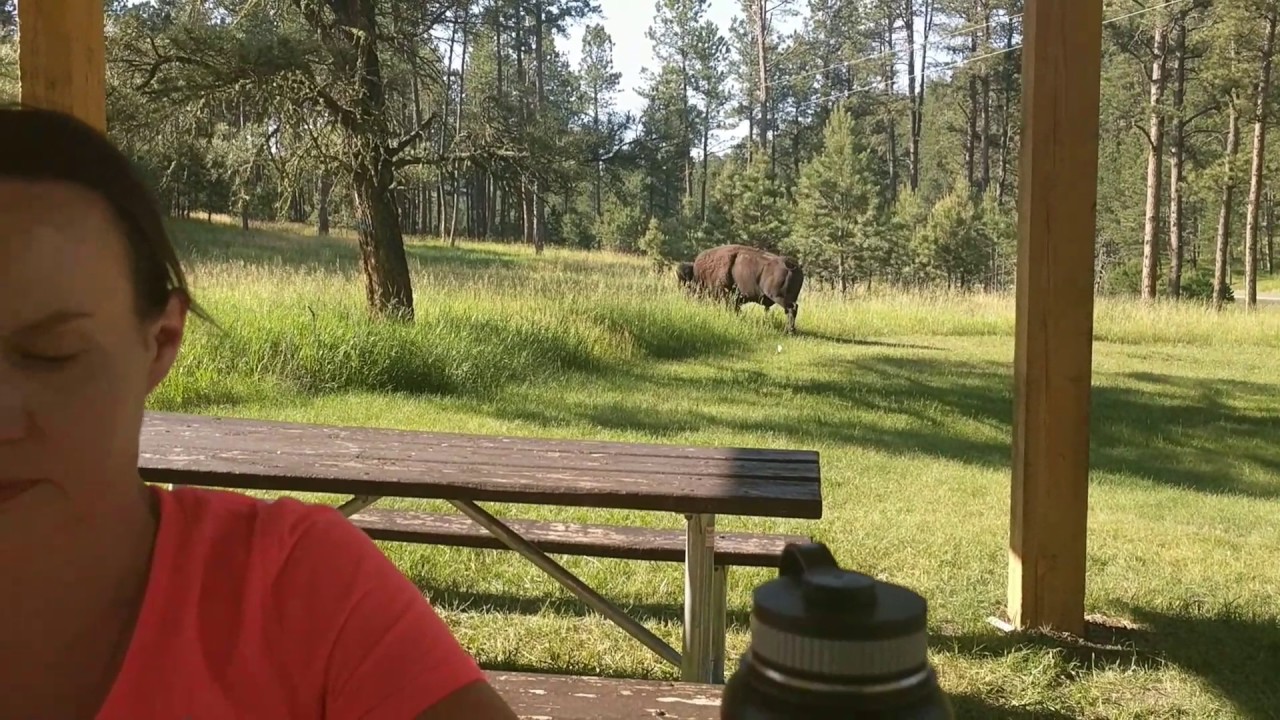