We had heard that the Schoodic Penninsula portion of Acadia National Park was beautiful but less crowded than the larger section on Mount Desert Island so we started there first. We were not disappointed. The waves crashing against the rugged coastline with the sun sparkling on the water was a breathtaking sight. Add in the fragrant, wild roses blooming all around and you really could not ask for more.

We tore ourselves away from the beautiful view and headed to the main section of the park. As we were told by many people, this part of the park was also beautiful but much more crowded. We did more driving and looking than we did getting out and walking as the viewpoints were packed with park visitors. We did drive up Cadillac Mountain and walked the small trail to the top.  We also walked down to the beach on the recommendation of a ranger. Despite the recorded water temperature of 45 degrees Fahrenheit, there were lots of people swimming! Hardier souls than me that is for sure!

After leaving the park, we drove through the town of Bar Harbor. Ocean view, quaint shops, lots of B&Bs, and restaurants made it look like a nice place to vacation. Something to think about for another trip.

A quick stop at Walmart for some supplies and we made our way back to the same place we had camped the night before. We met several other campers and some women who were there training rescue dogs. It was interesting to see and we learned a little about how the training is done. One of the best things about our trips is that you never know who you are going to meet and there are always new things to learn. 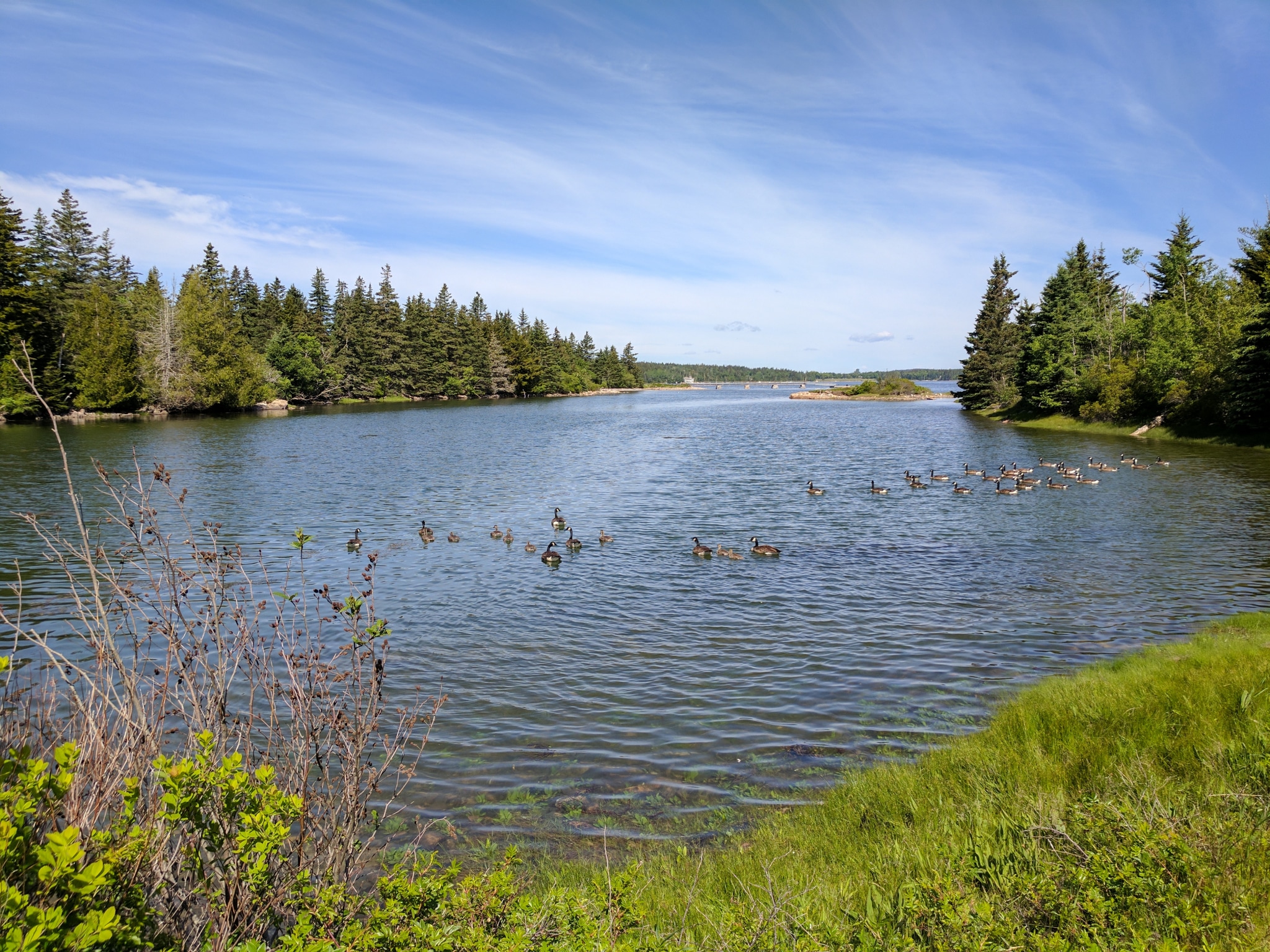 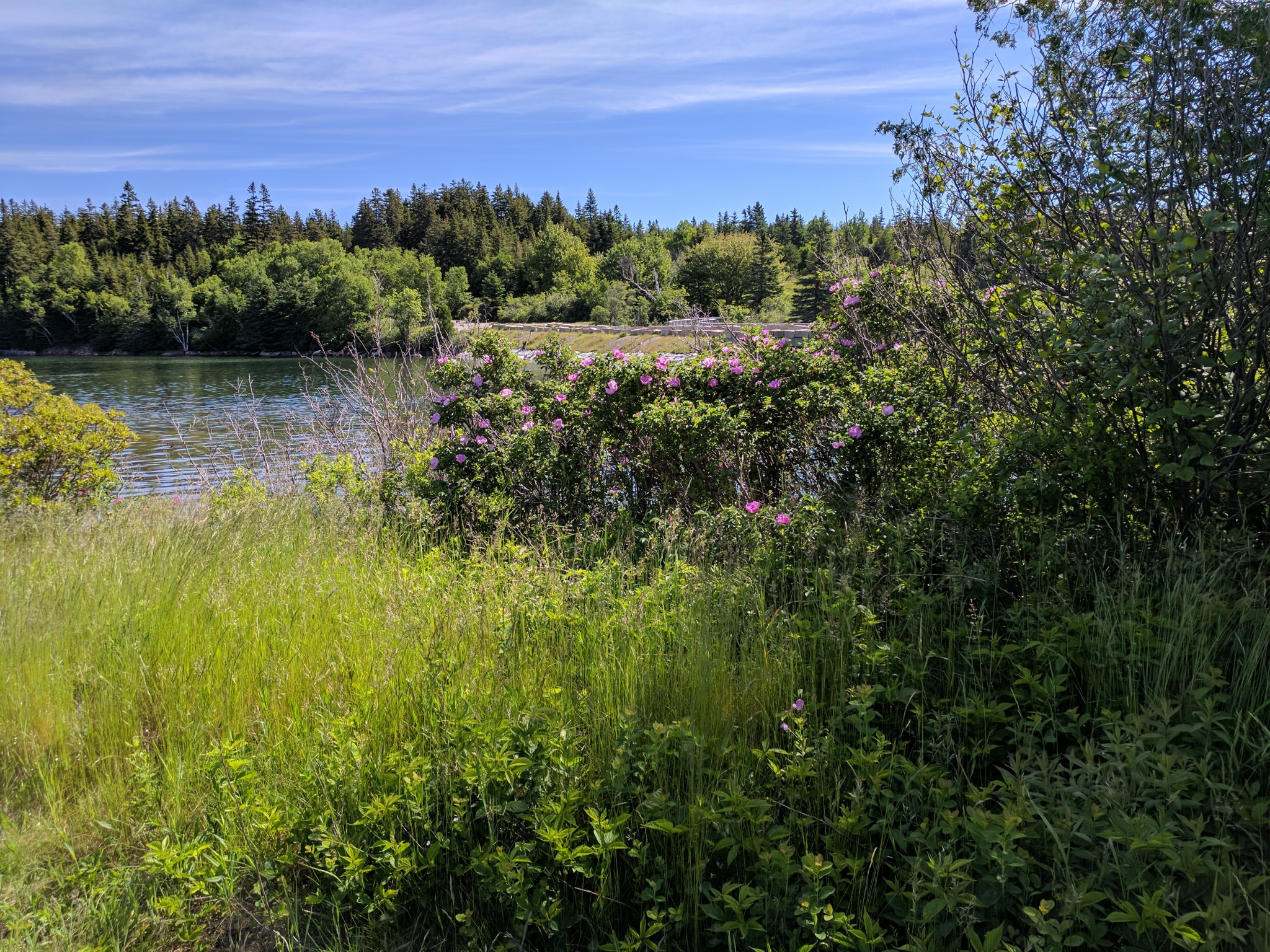 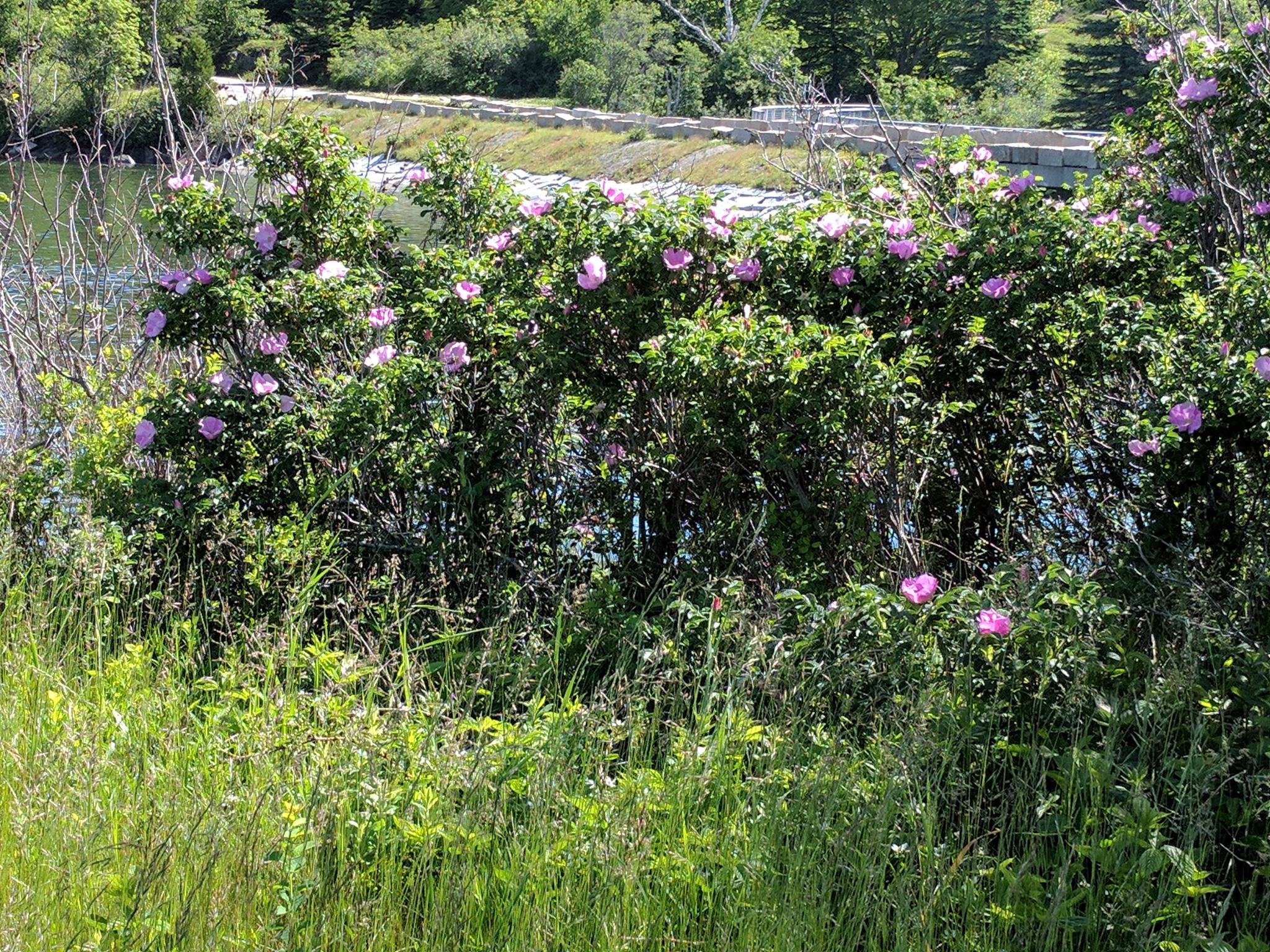 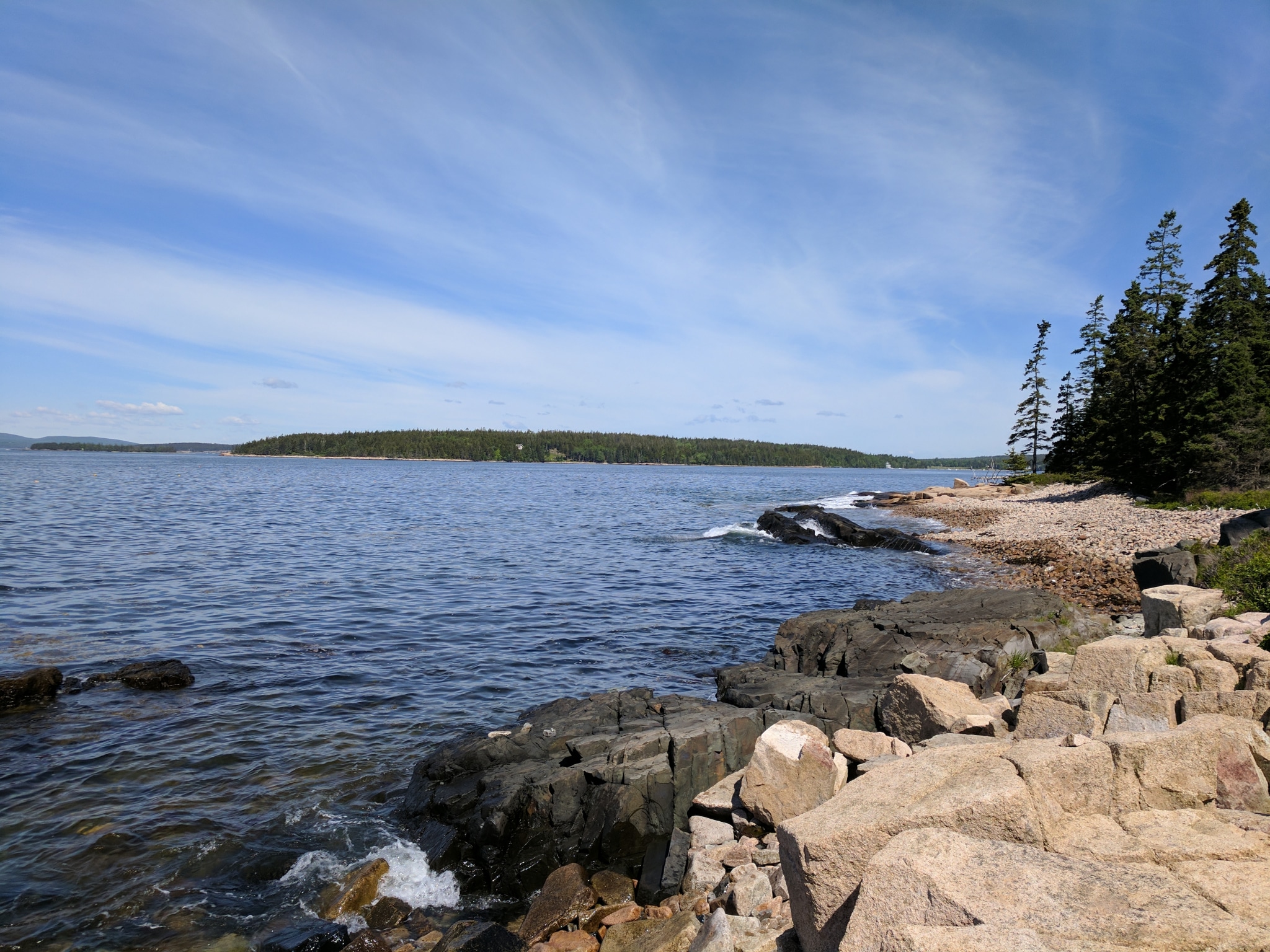 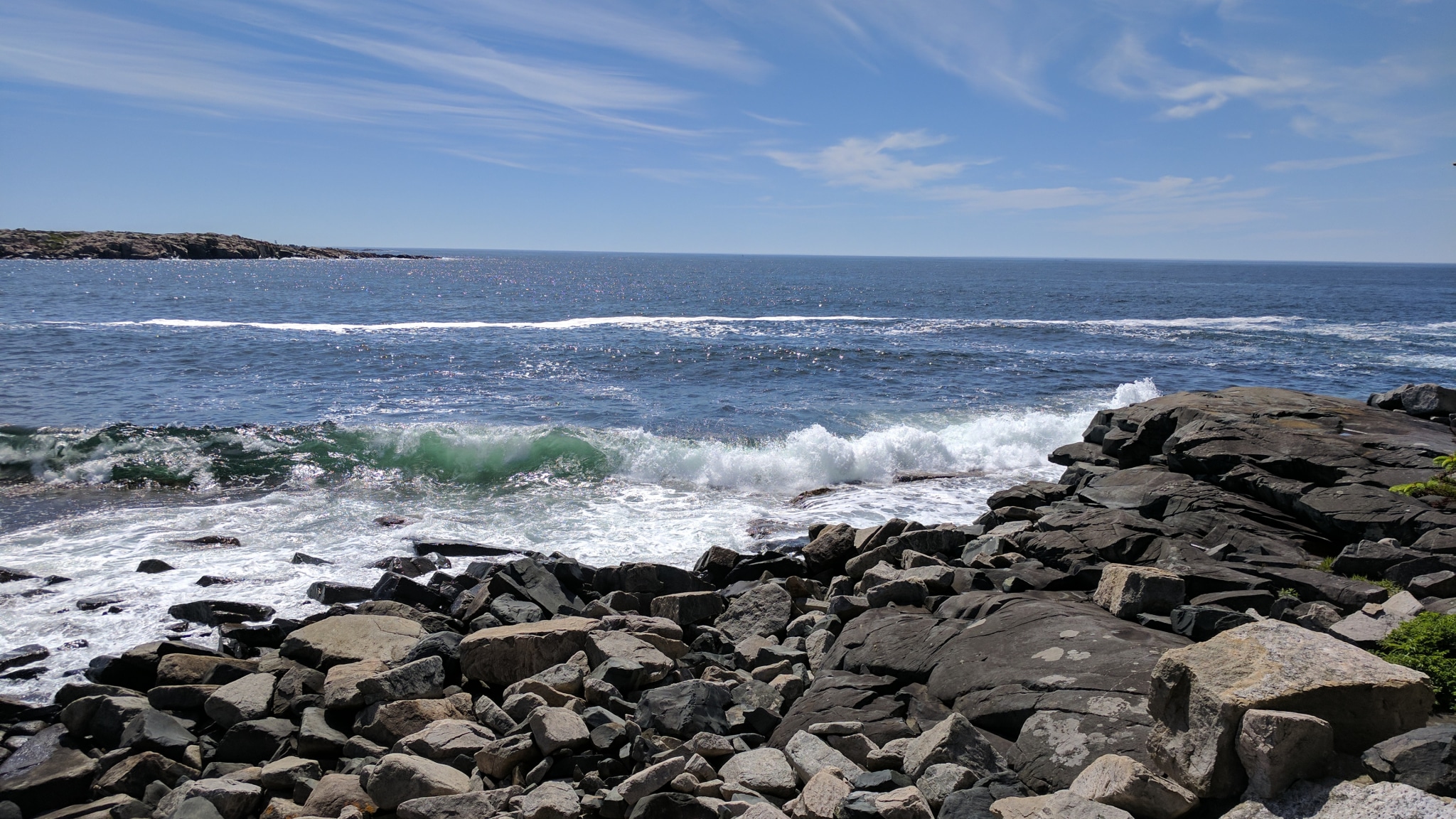 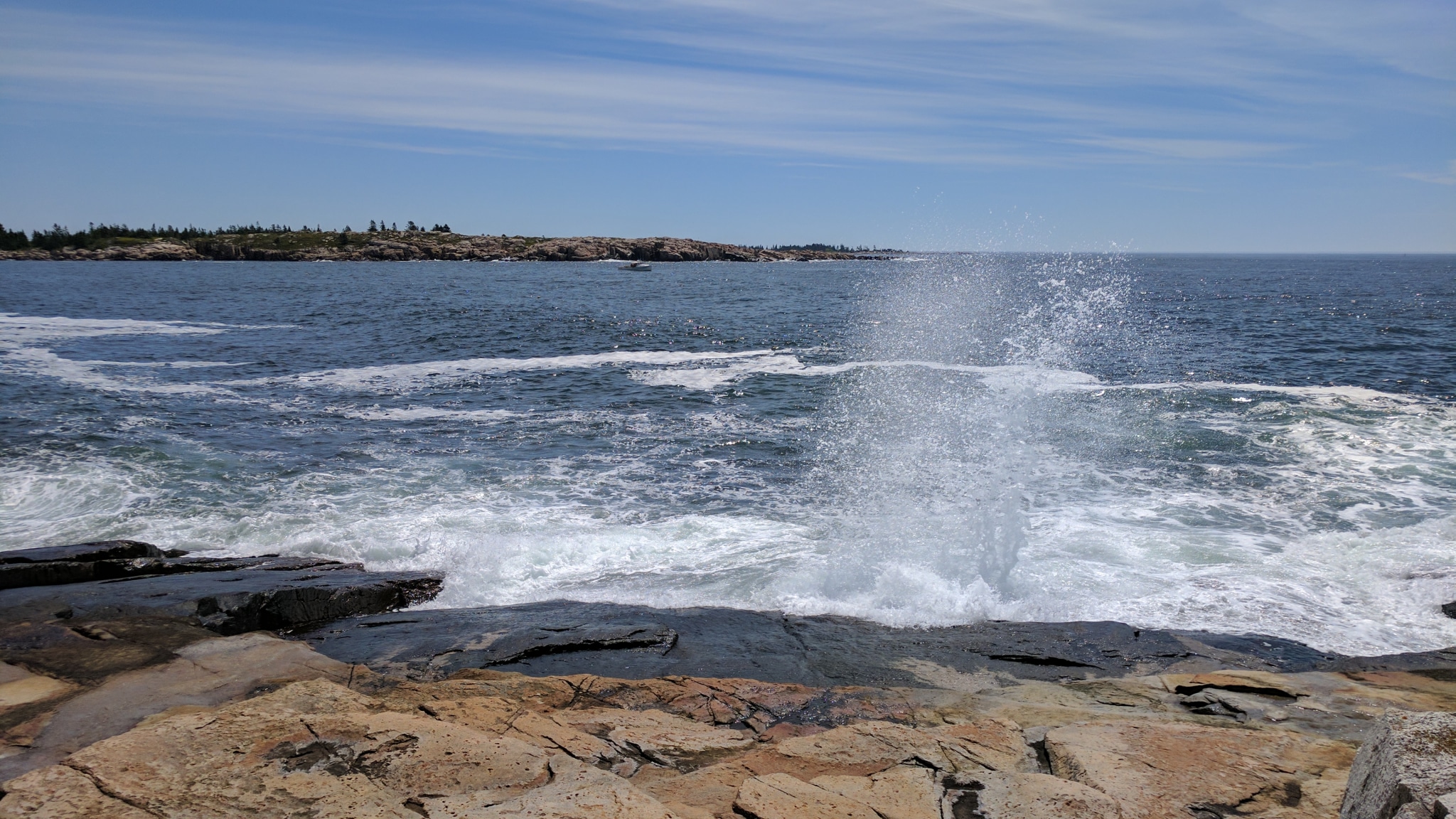 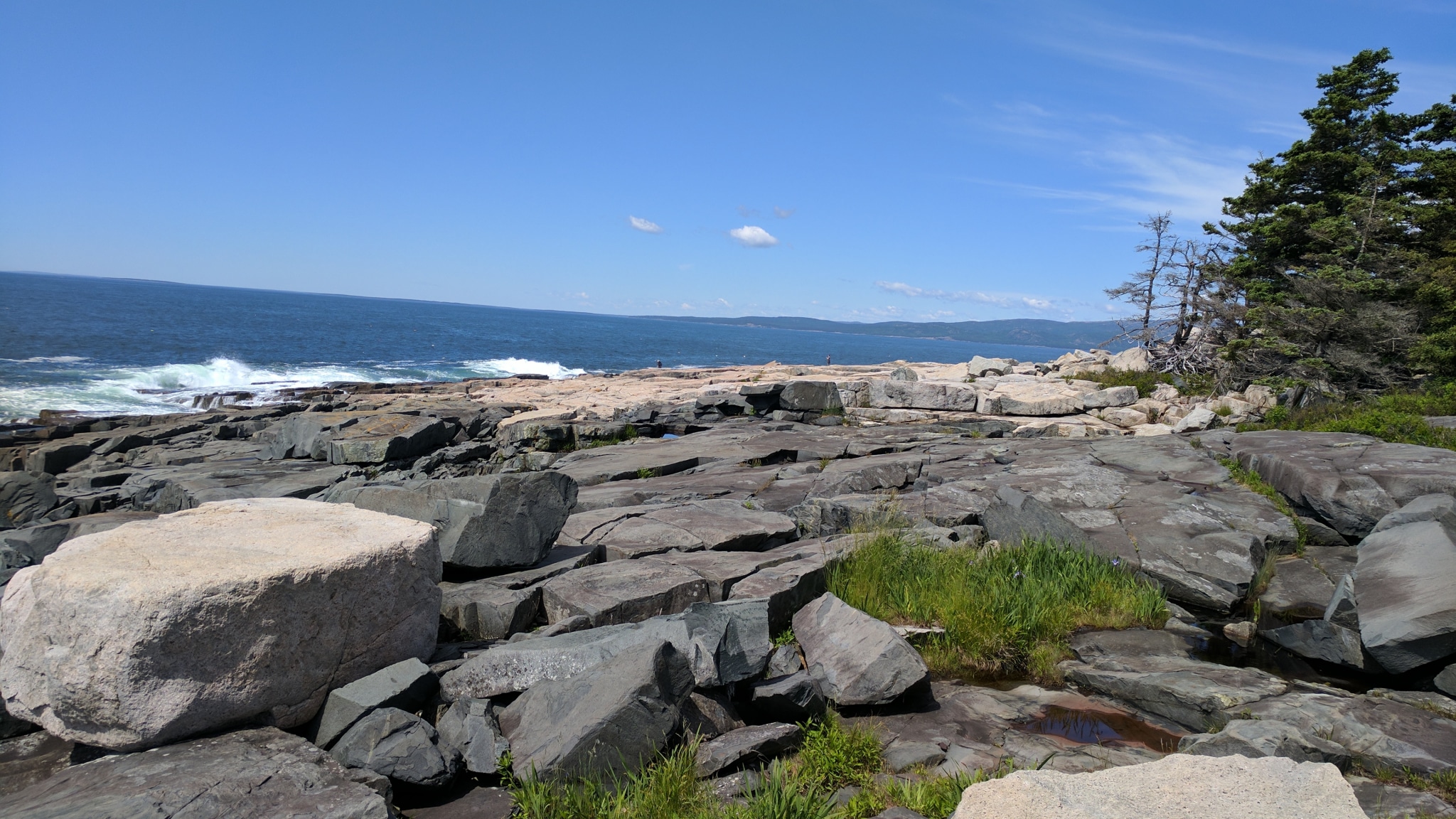 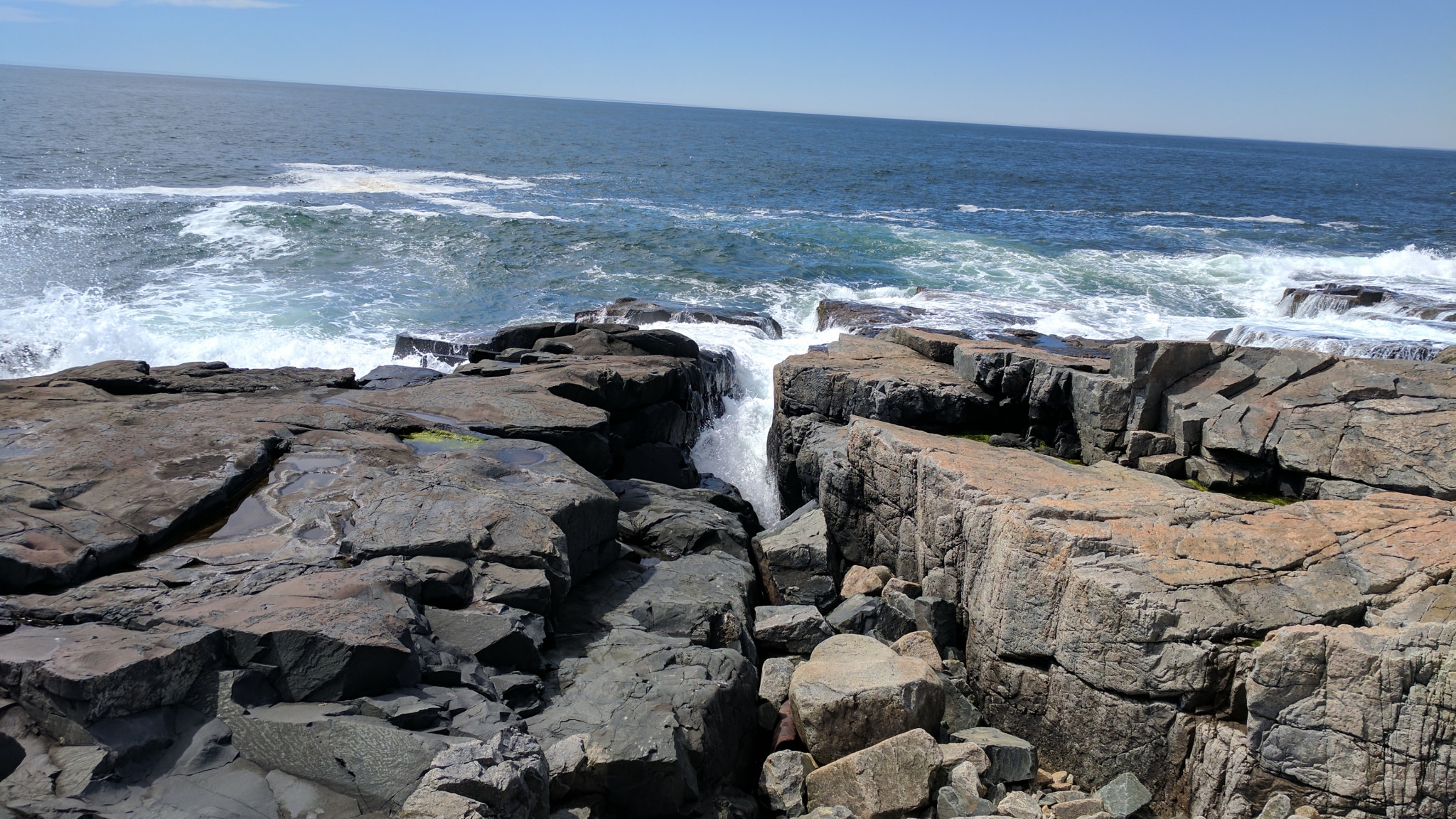 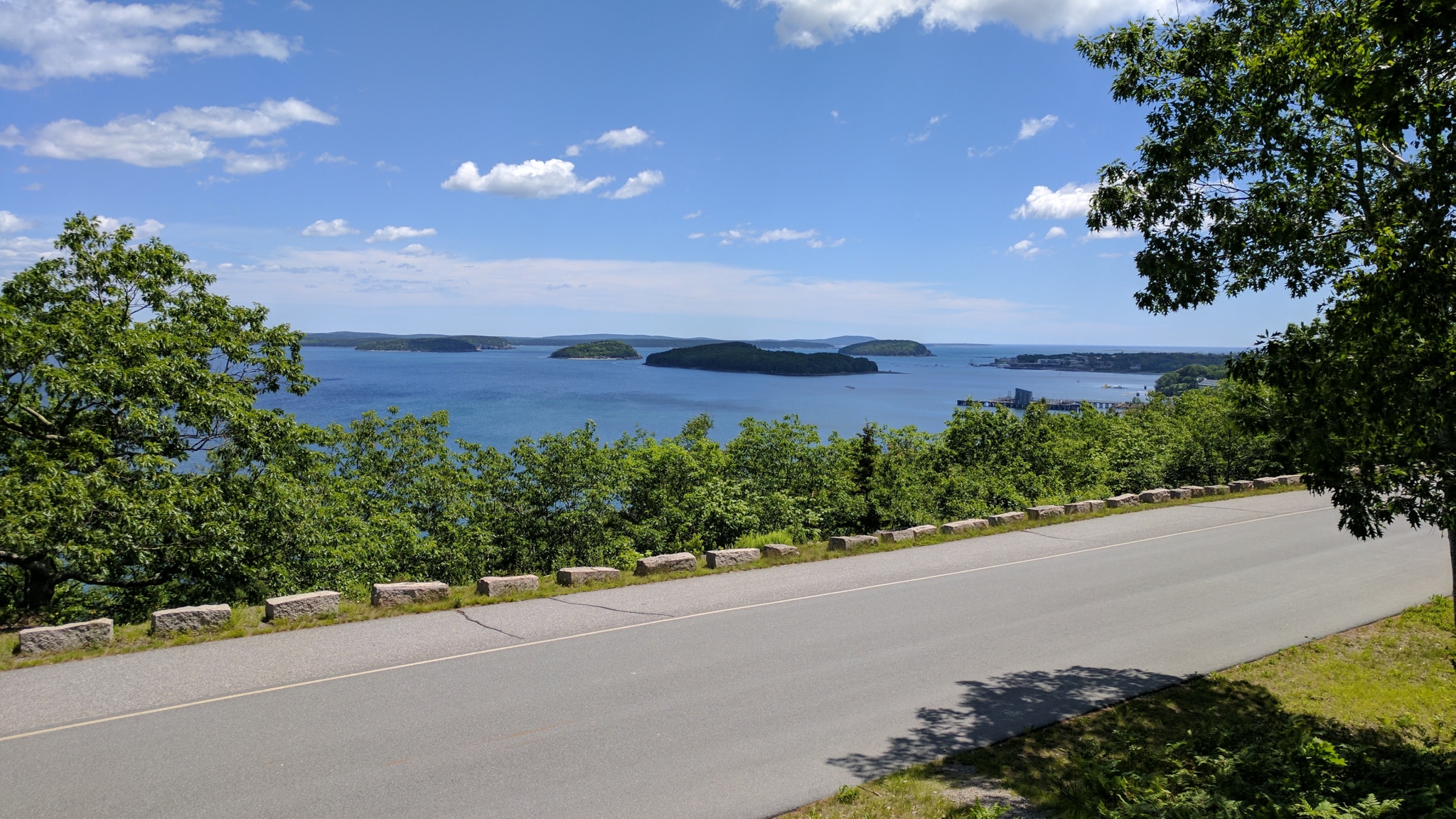 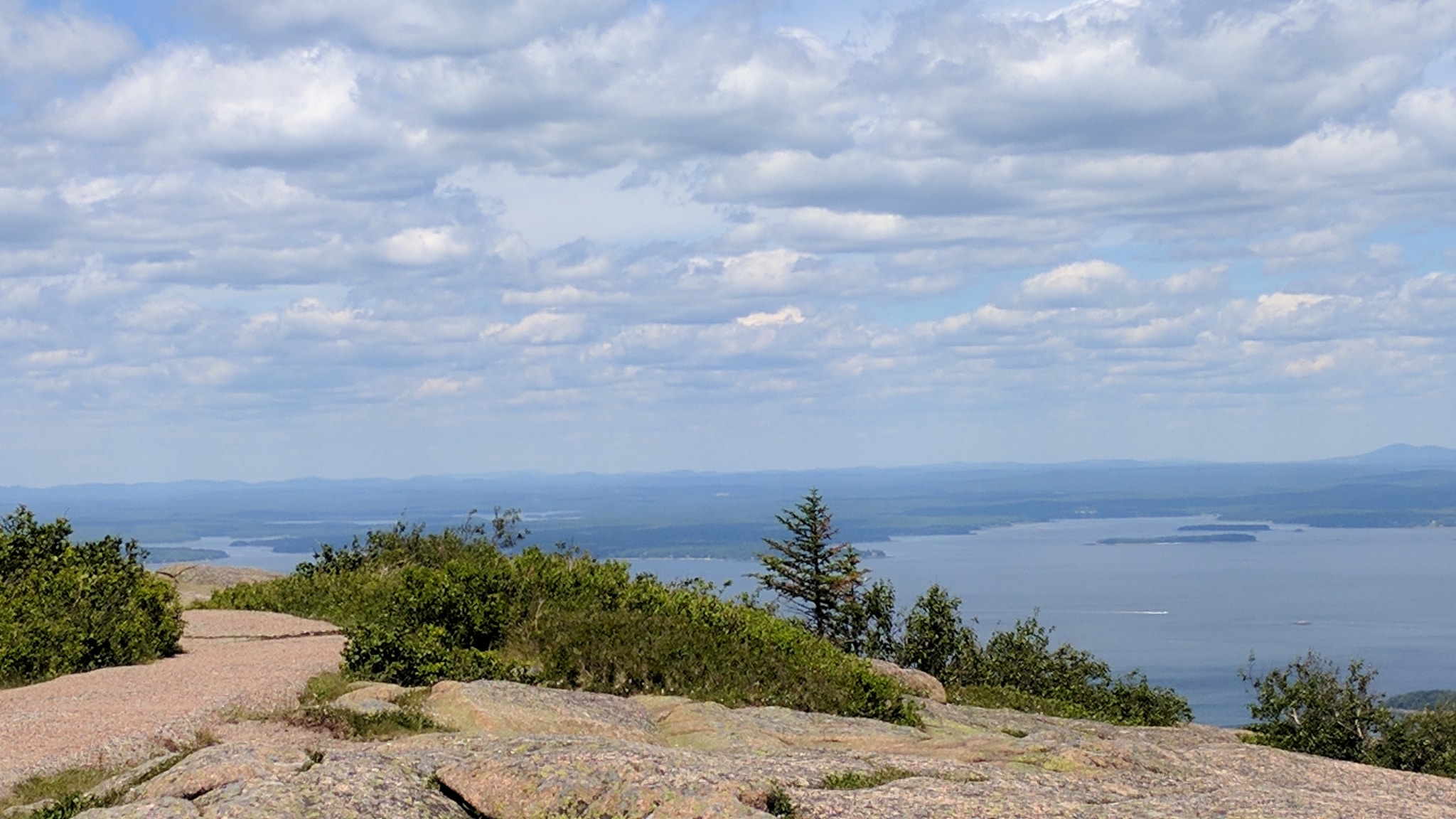 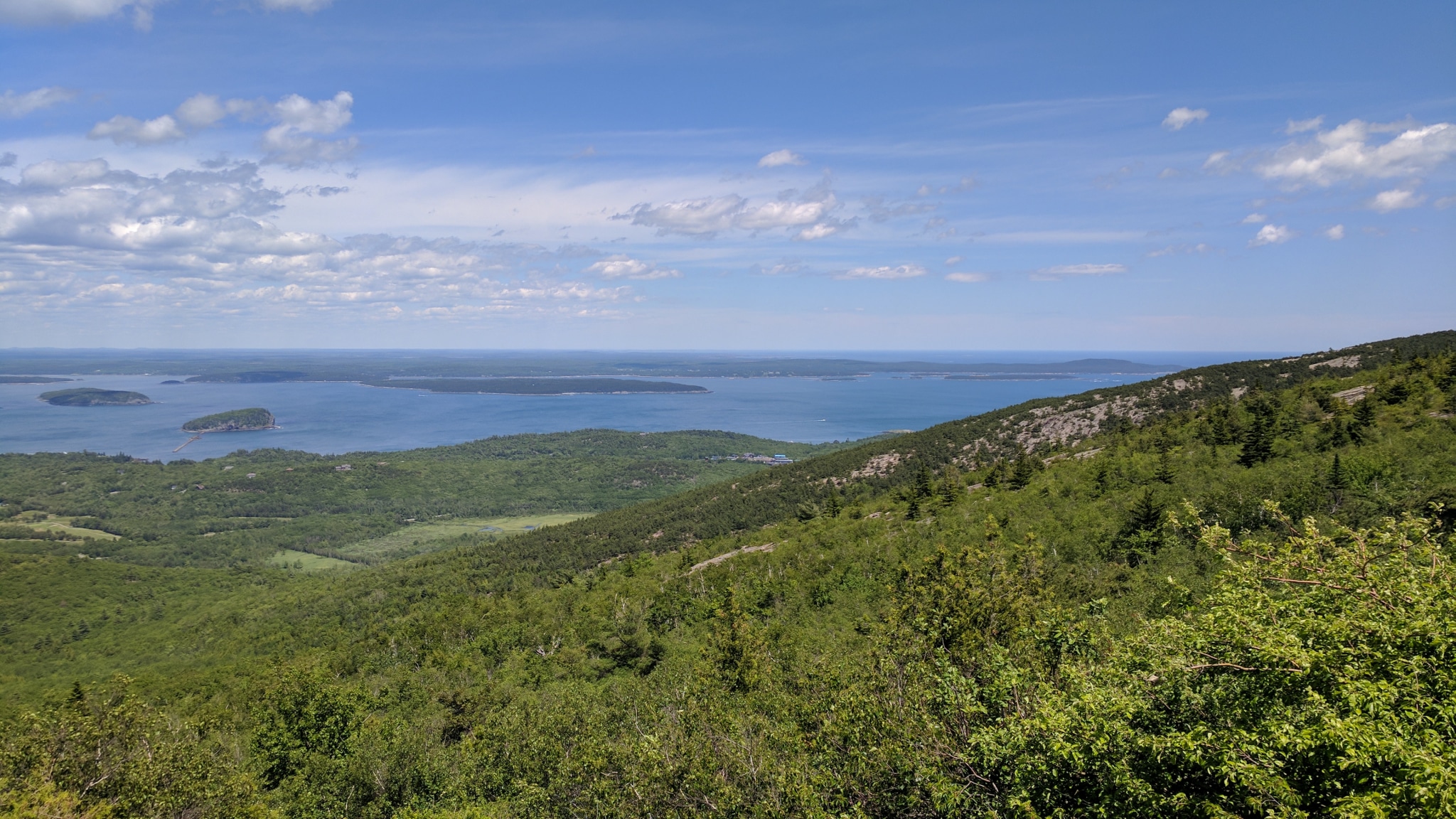 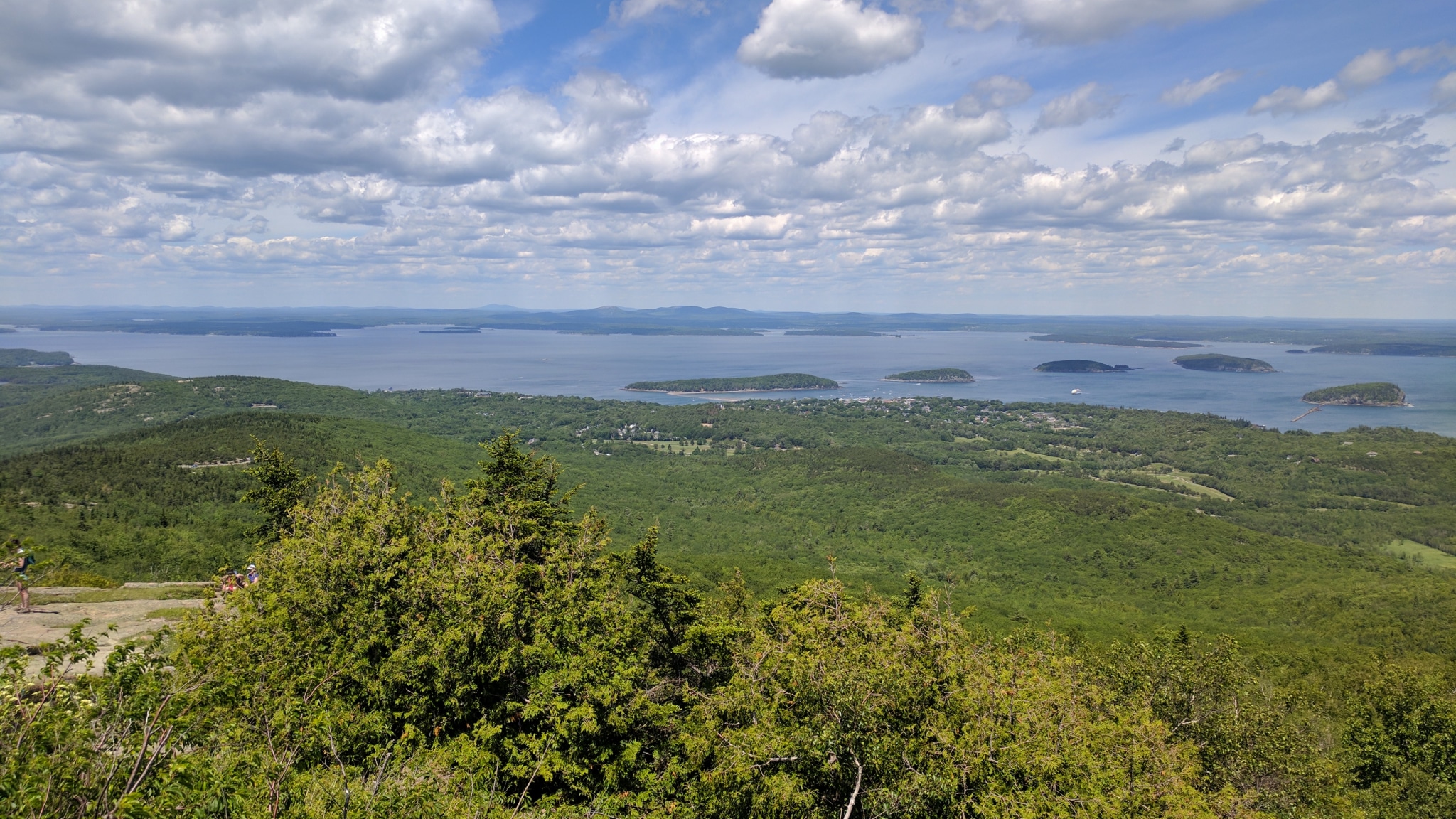 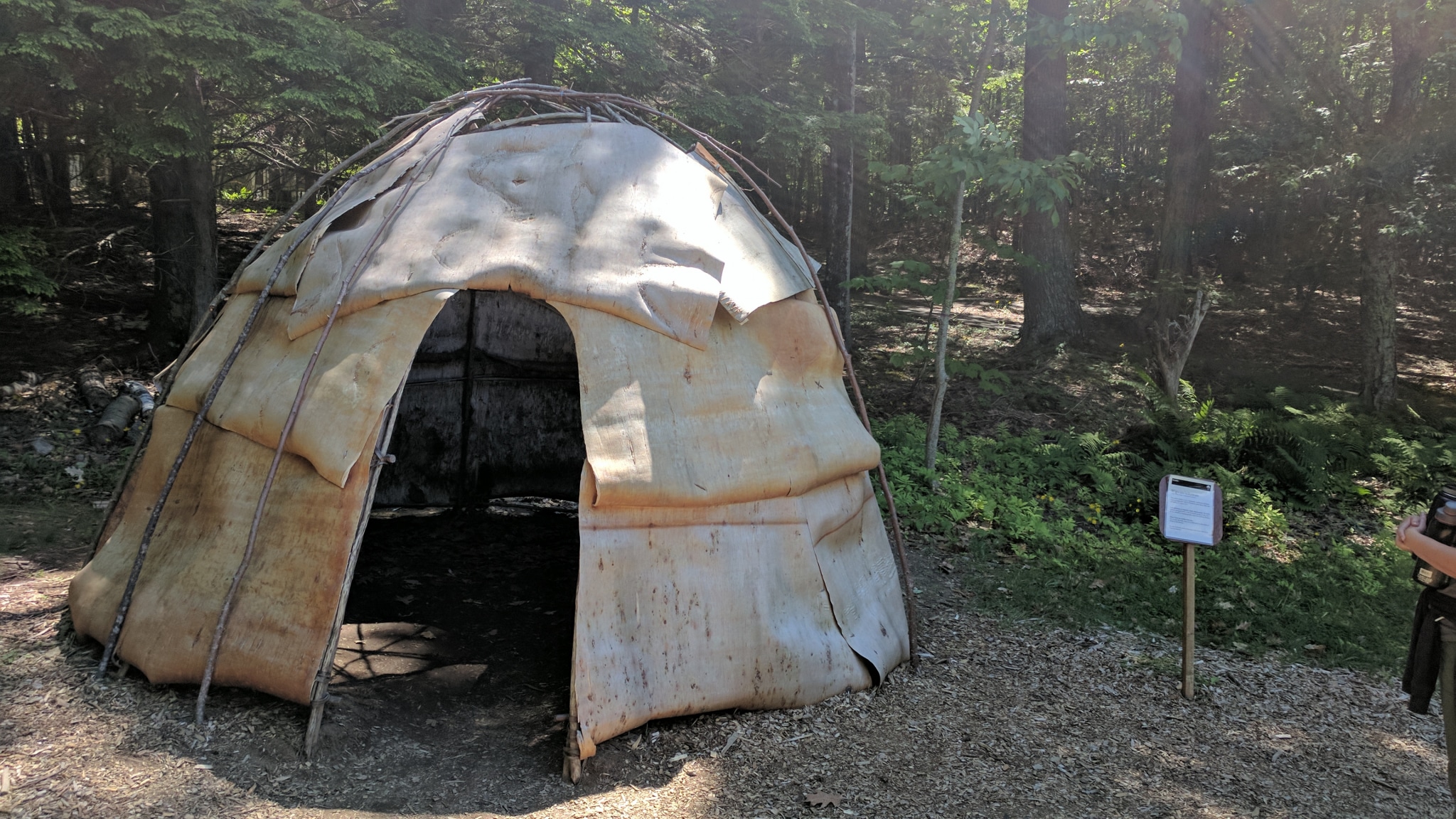 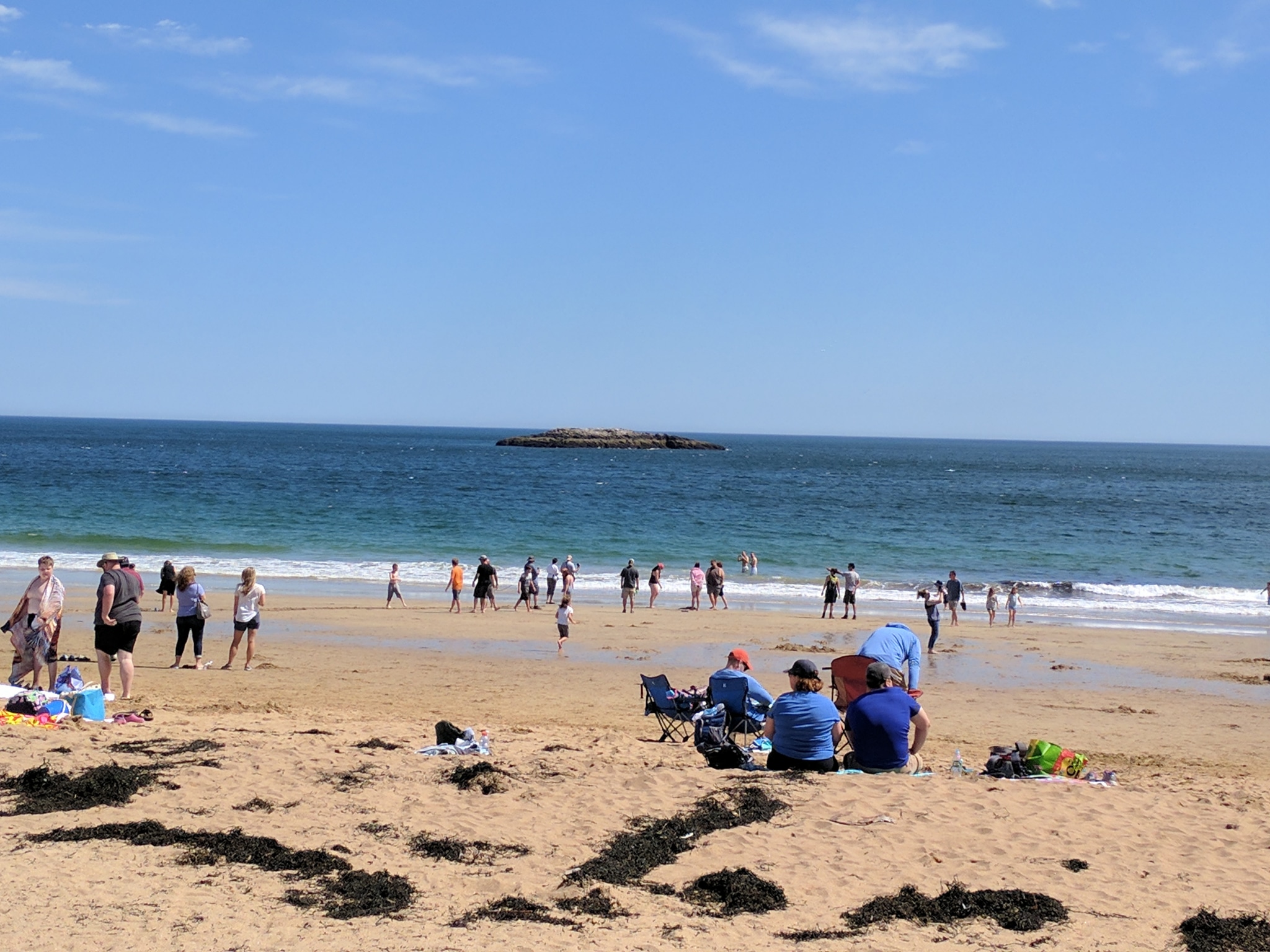 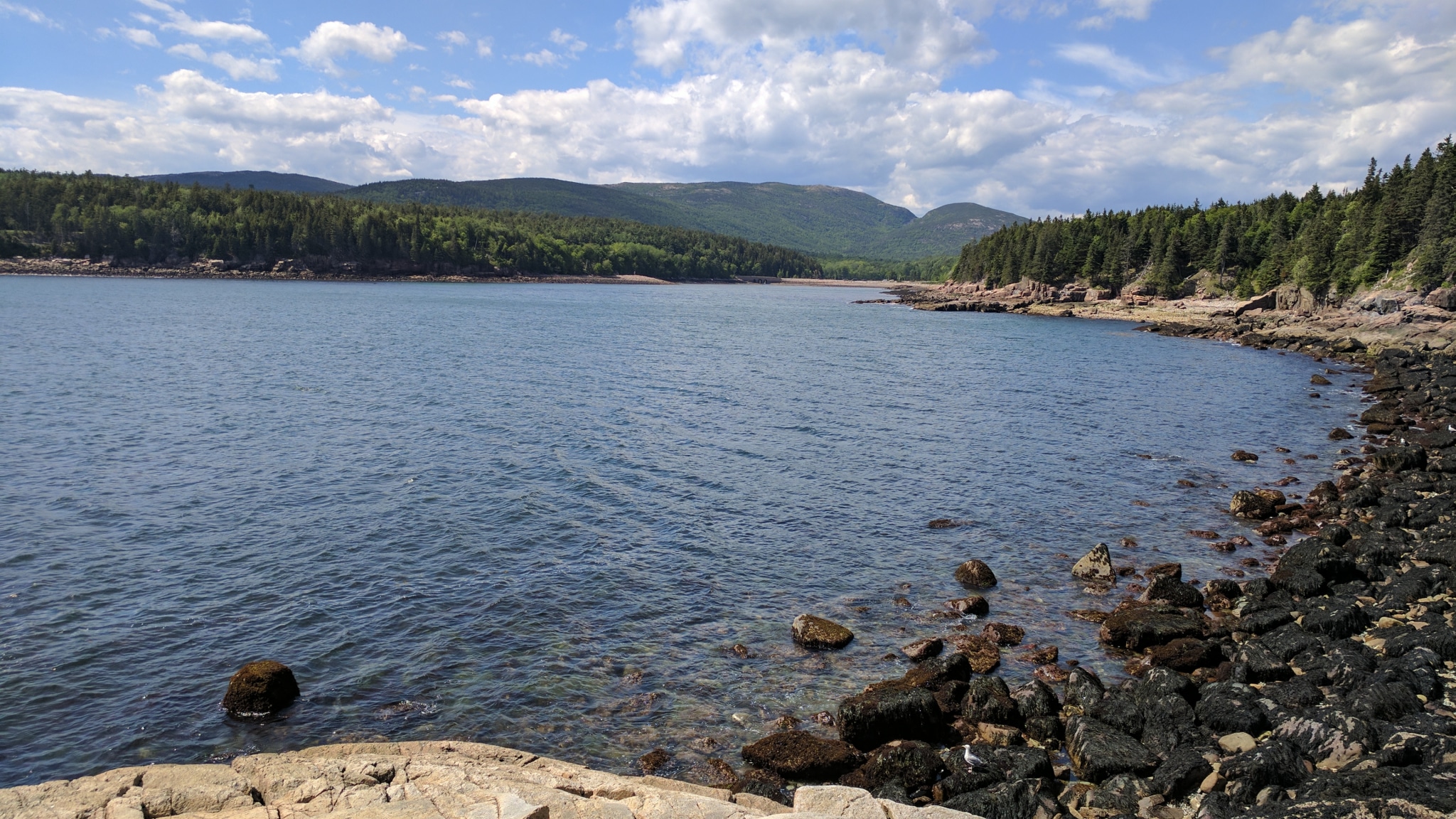 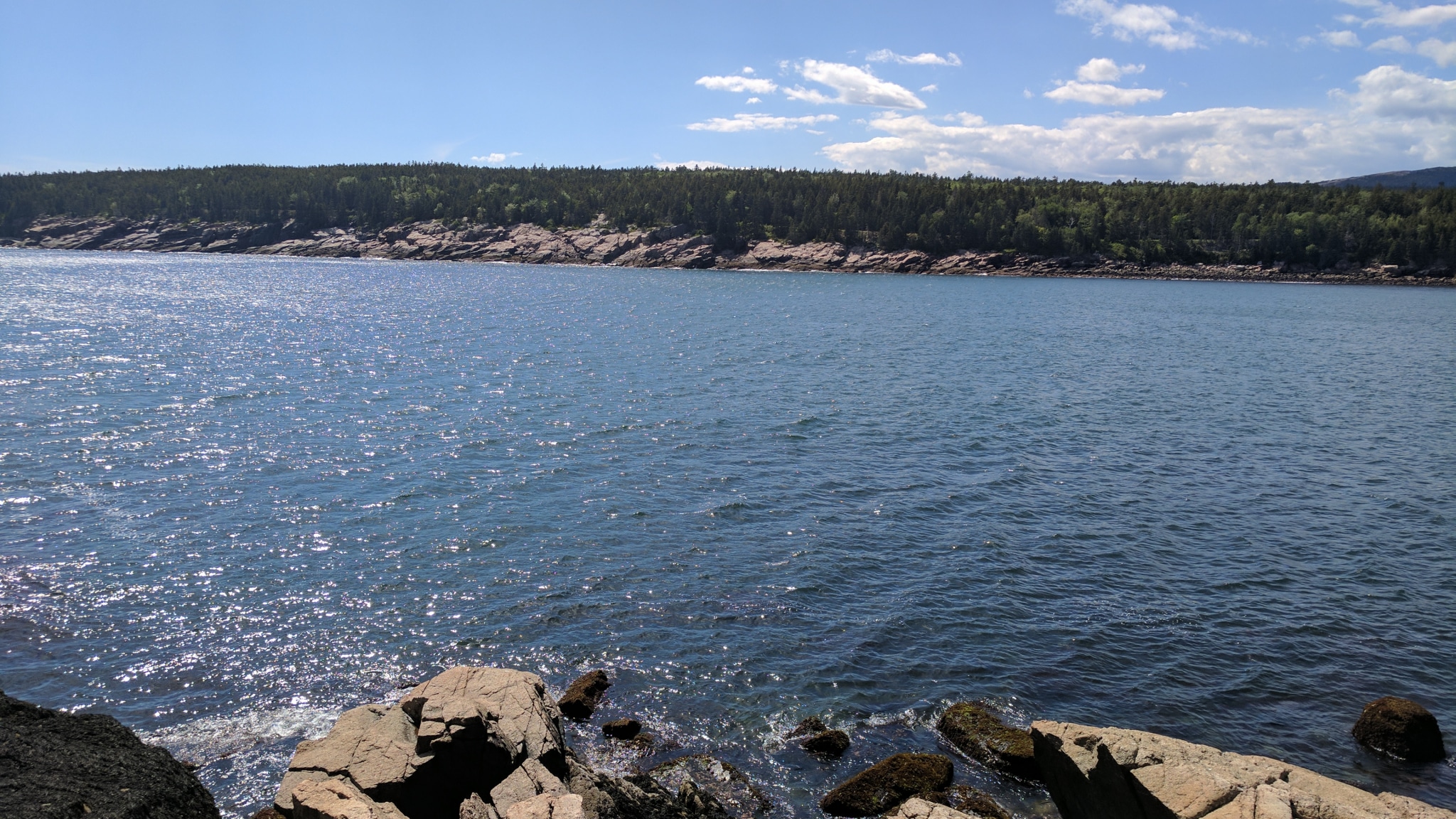 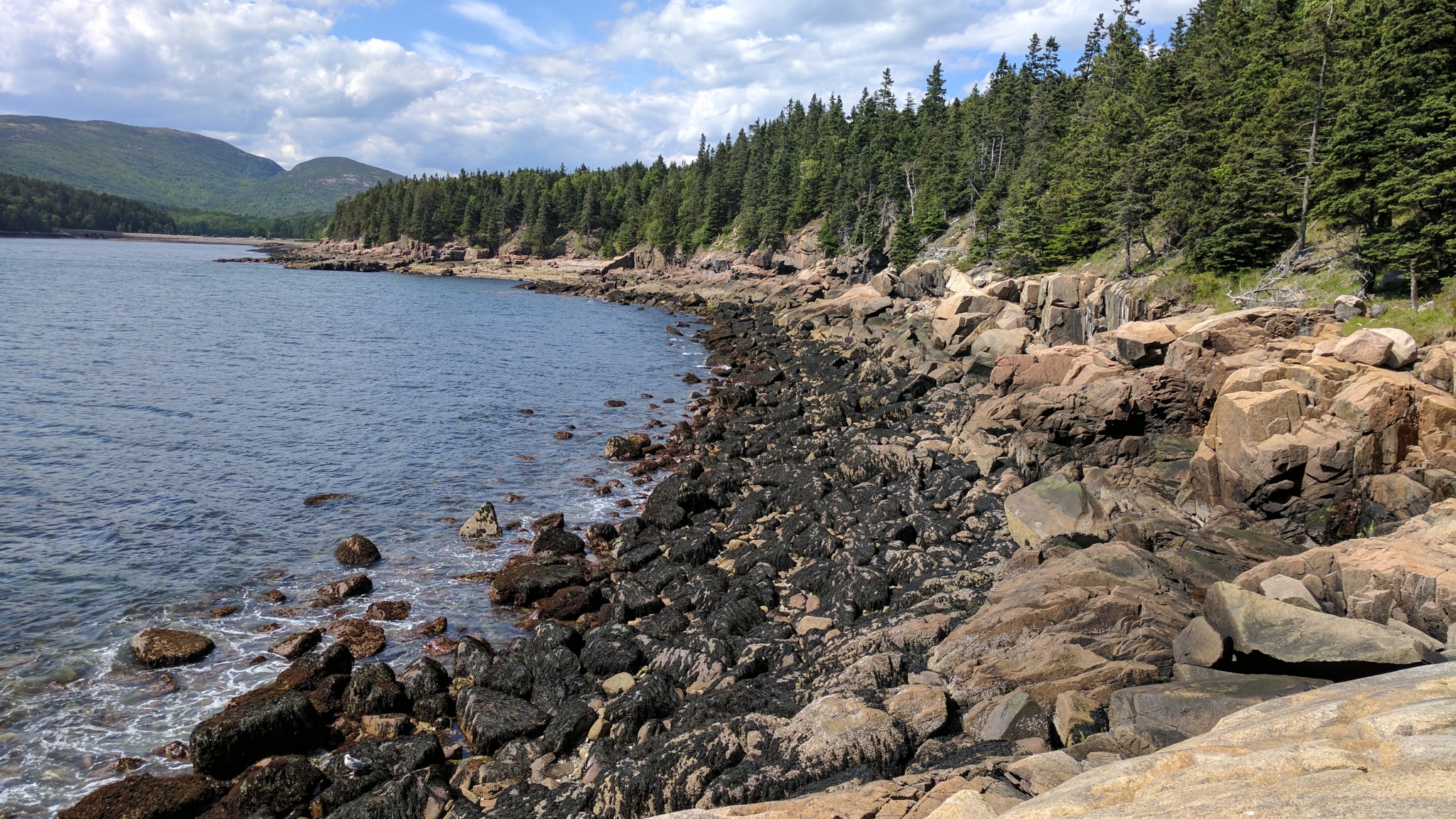 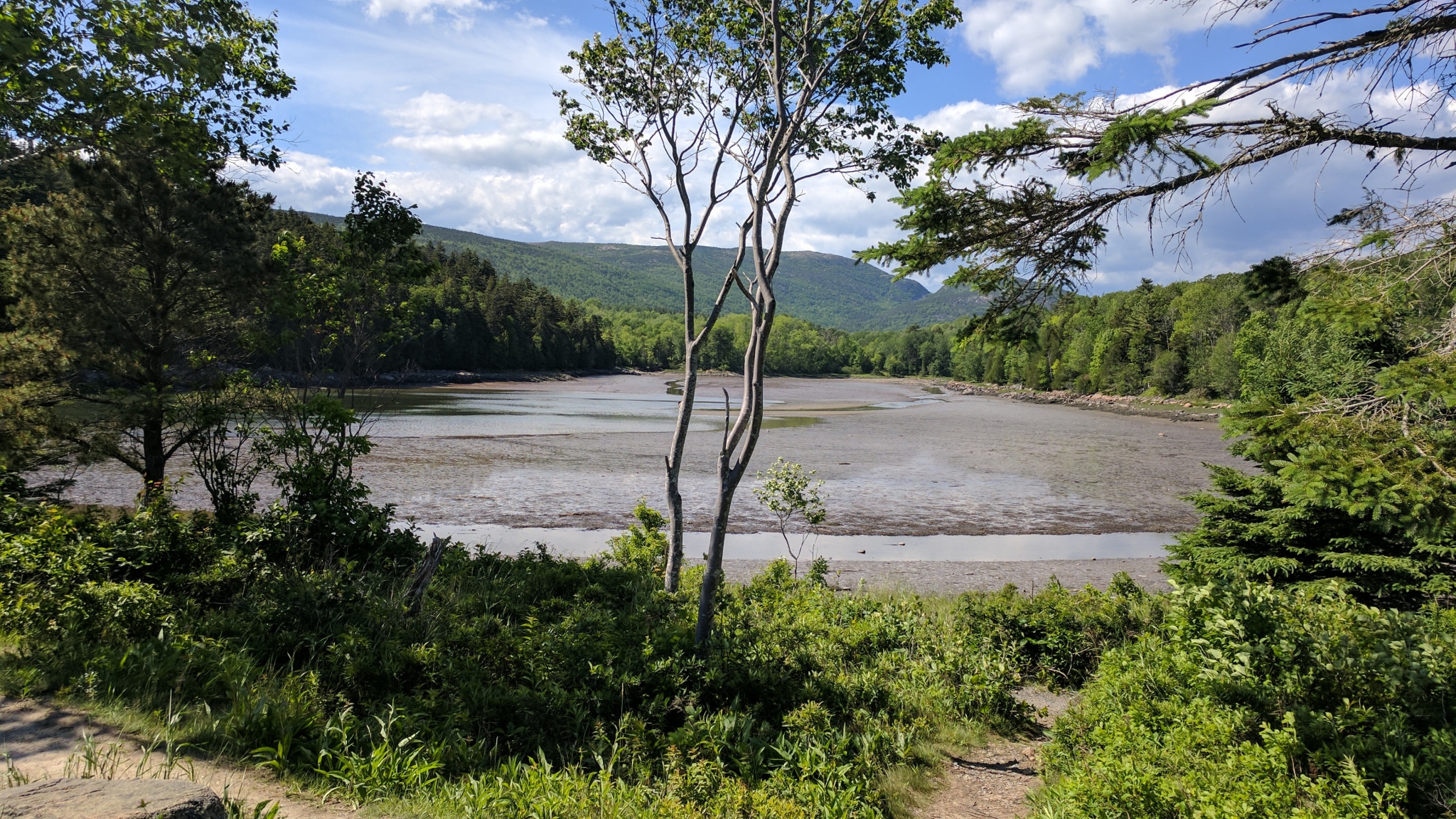