We spent some time exploring the Hieb Memorial Park where we had spent the night. It was a really nice park with a creek running along the back. After exploring, we chatted with our campsite neighbor. She, a petite blond, and her young son were spending the summer traveling around the west and looking for a potential new home. That sounded familiar. We enjoyed sharing stories and ideas for places to go. She mentioned that some friends and family had concerns about their safety especially if they ran into bears. She assured them and us that she had come well prepared. She had a nine mm pistol and an Ar-15 rifle in their small sedan! For the bear’s sake, I hope they don’t run into any. We could have talked much longer, but we were anxious to finally make it to our destination so we got on the road.

Before too long, we began to see signs letting us know we were getting close. Once we made it to the park, we stopped in at the Visitors Center for a map and to fill up on water. We planned to stay at Sage Creek Campground in the park. It is a free, first come, first serve campground with vault toilets but it does not have water available. We wanted to make it there as early as possible to get a good spot so we enjoyed the beautiful scenery but made only a few stops. We figured we would come back to explore later.

A long, rugged road finally brought us to the campground. The campground was split into two sections, a big grass circle with picnic tables scattered around, and an area on the side with corrals for people who brought horses.The horse section also had room for RVs  You could pitch your tent anywhere you found a spot. We were too late to score a picnic table, but we found a good place where we could set up the tent near the jeep.

We spent some time chatting with our fellow campers. It turned out that the family camping right next to us was from Chapel Hill, North Carolina which is about twenty minutes from our home in Durham. The couple and their two kids were doing an extended road trip across the west and visiting a lot of the national parks and monuments so we had a lot to talk about. Another neighbor was on his way to a new job in Bend, Oregon and had decided to make the cross country move from the northeast into a road trip.

After a quick dinner of sandwiches and fruit, we set off for a walk near camp. We saw a few bison from a distance and came to a prairie dog town. At first, they were scared and popped into their holes but we stayed still and quiet so they ventured out again. I love watching them. We met some more campers on our way back to the campsite and stopped for a bit to chat. They gave us lots of suggestions for places to go in the nearby Black Hills. Ideas from fellow campers often lead to some of our best experiences so we were looking forward to checking out some of the spots they mentioned. 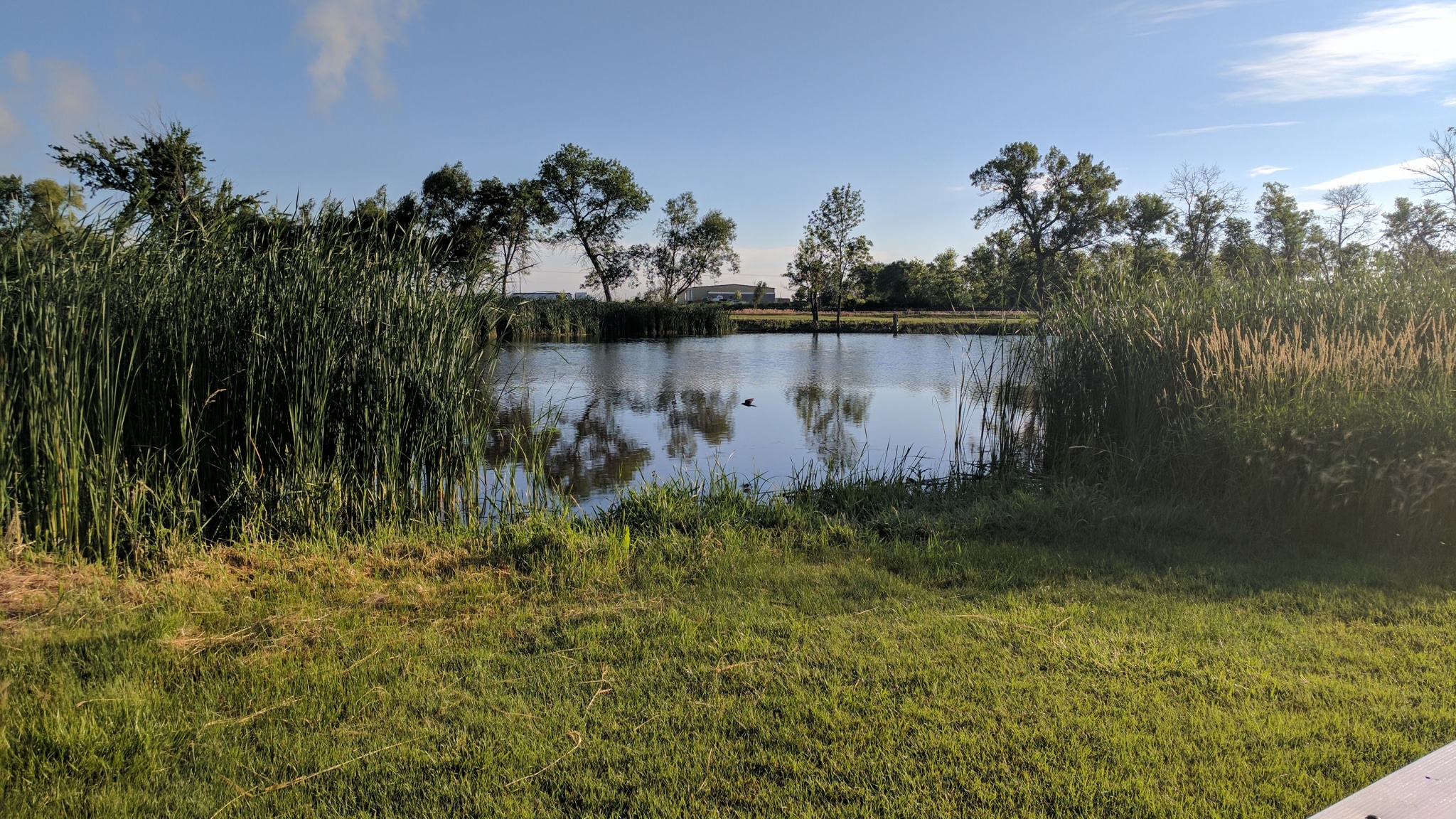 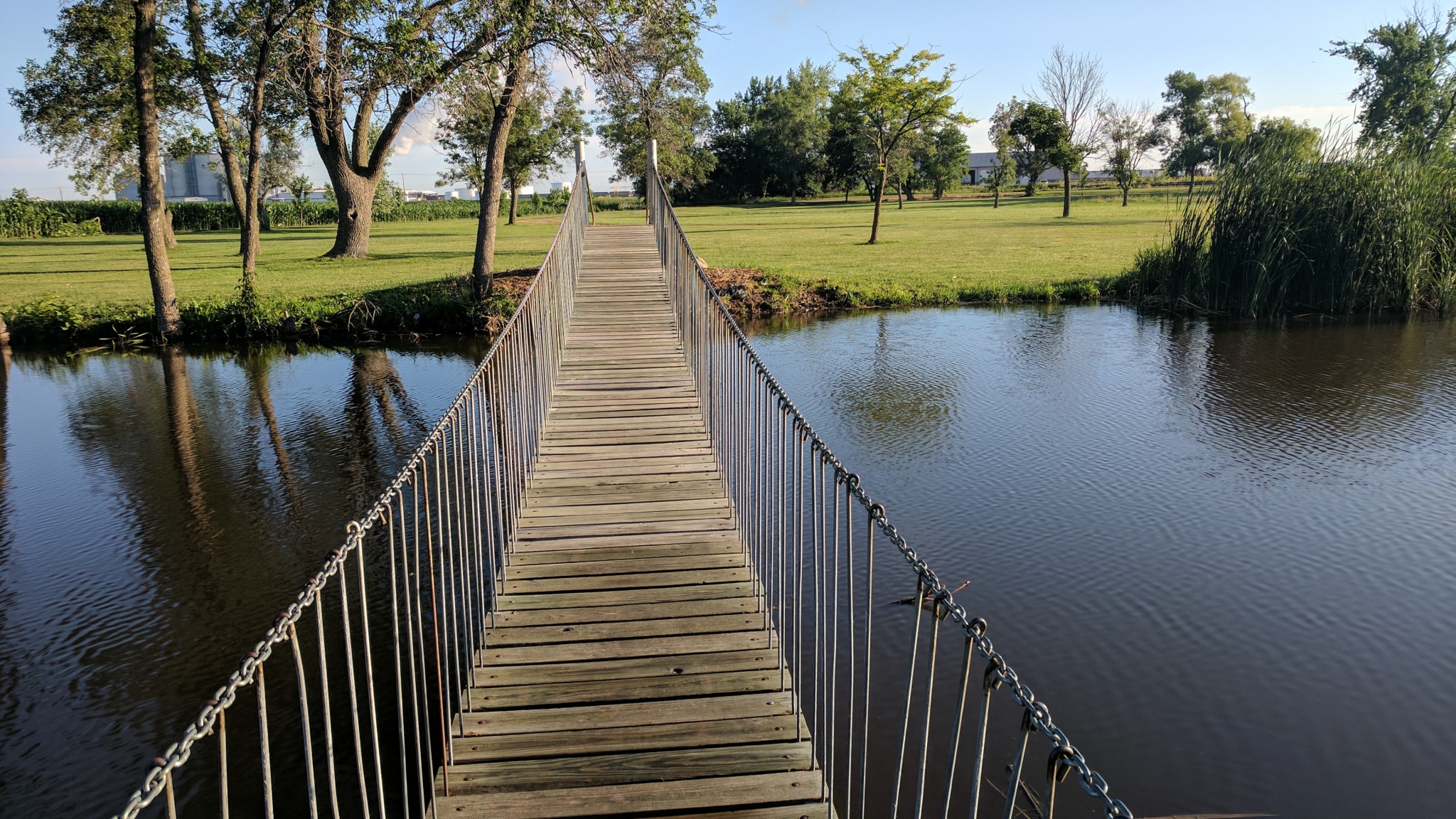 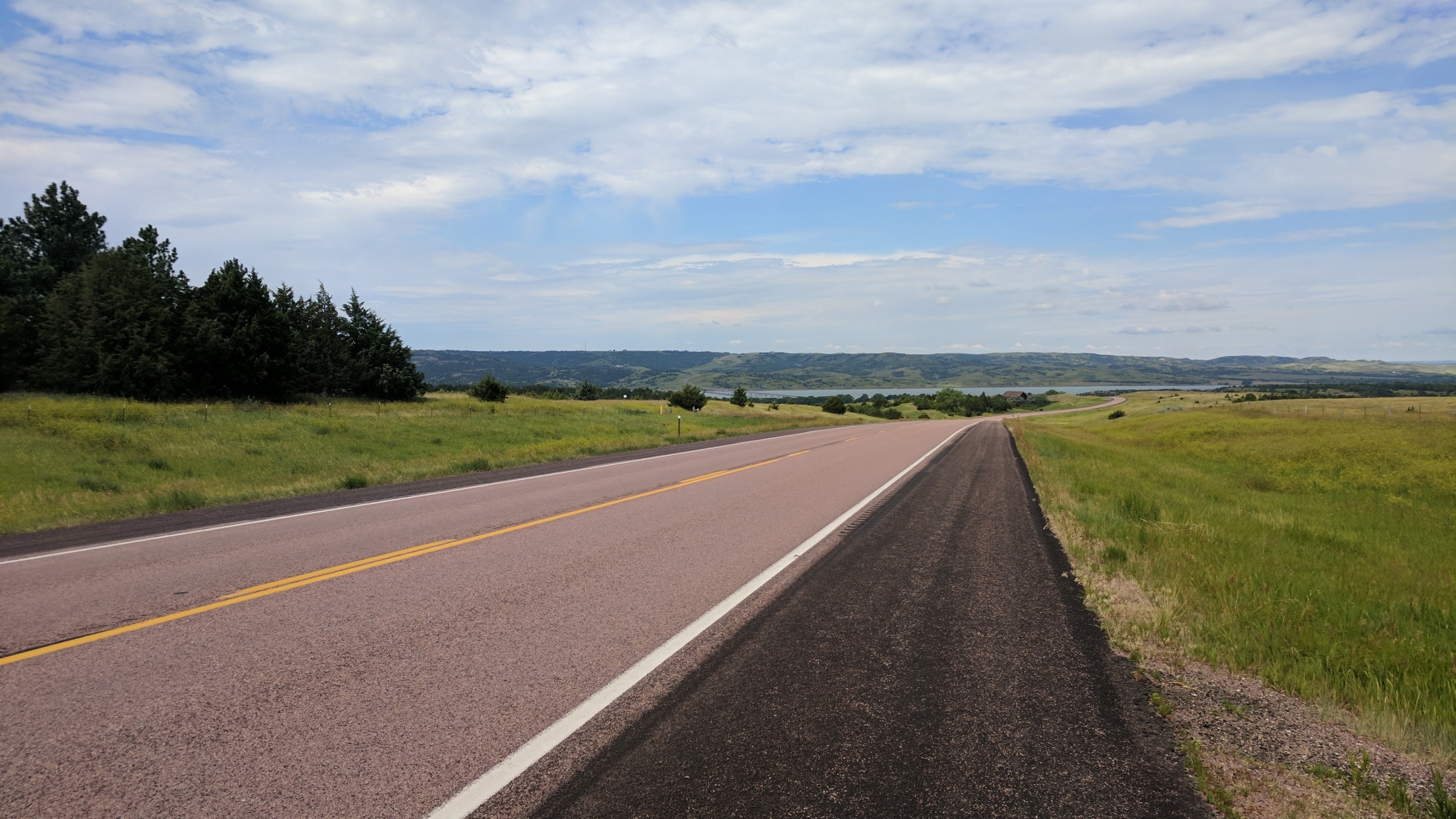 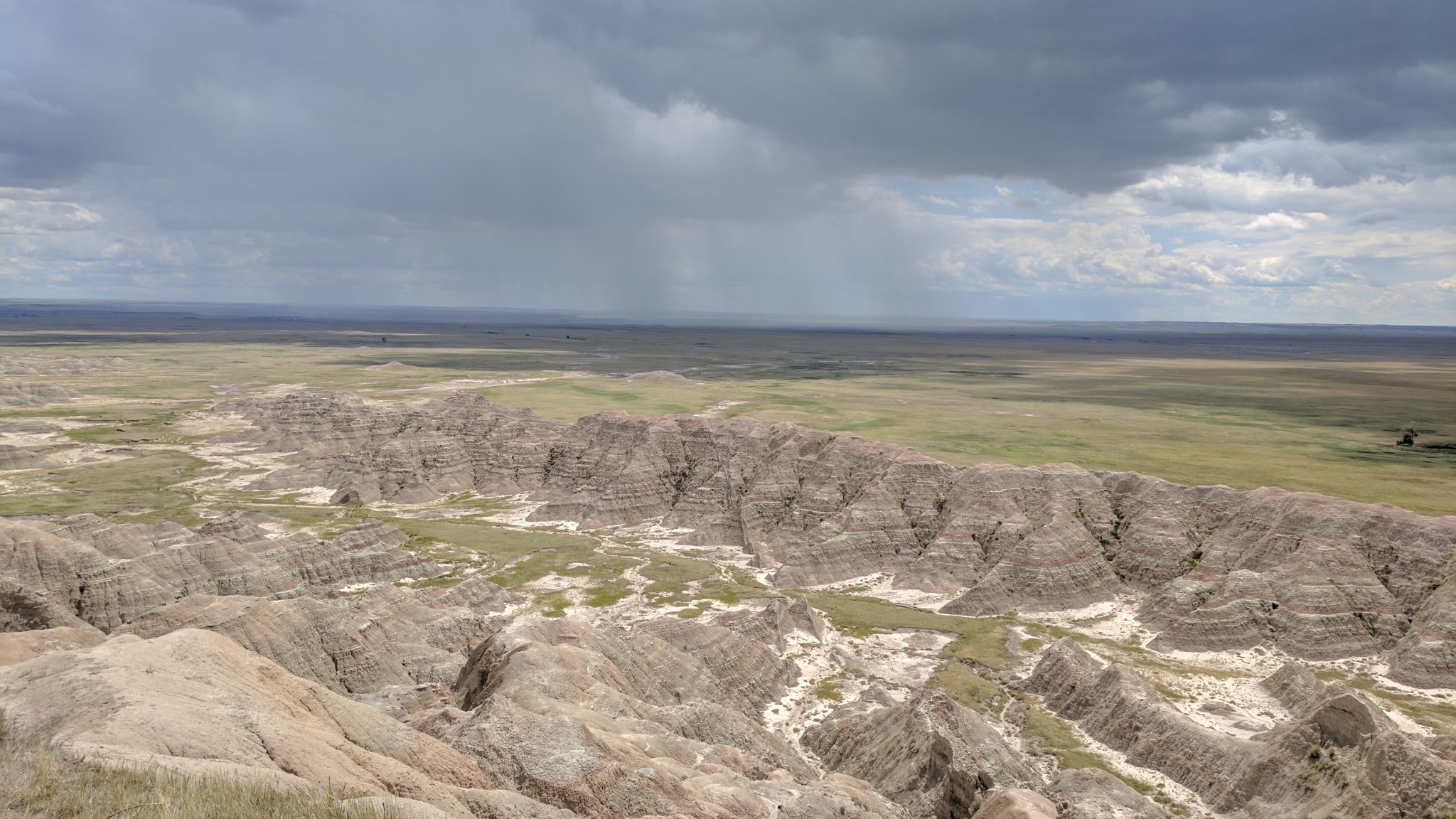 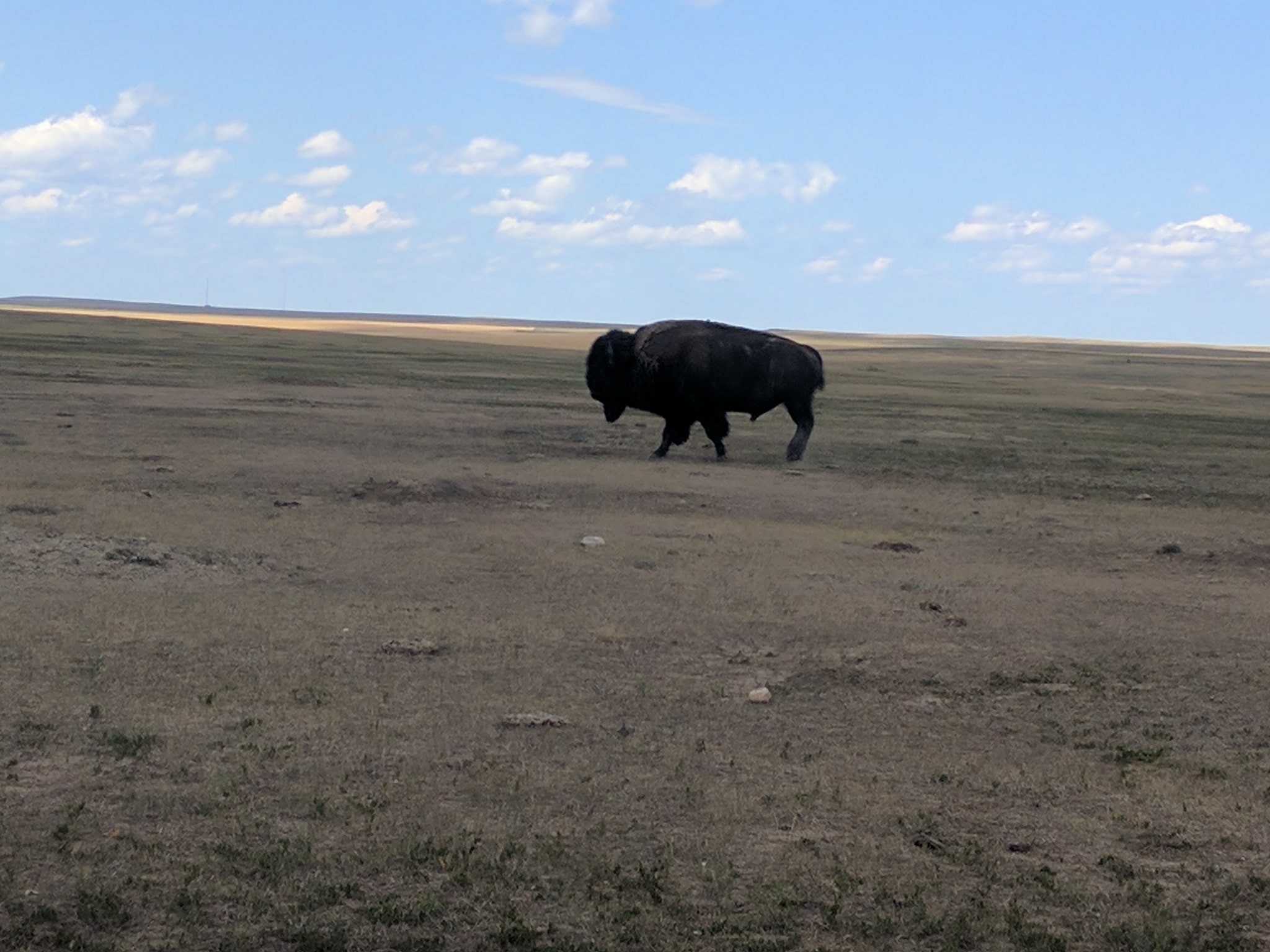 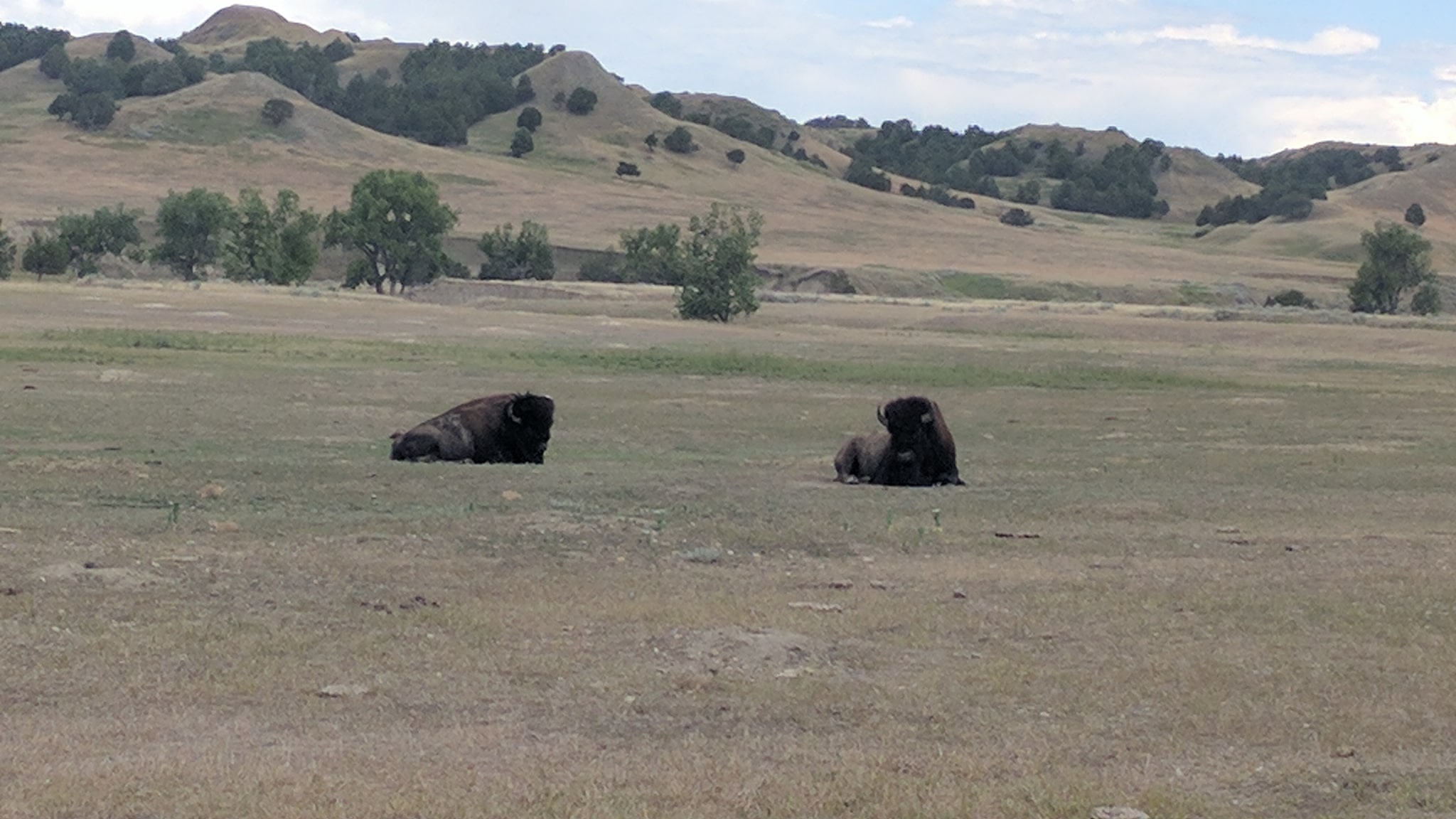 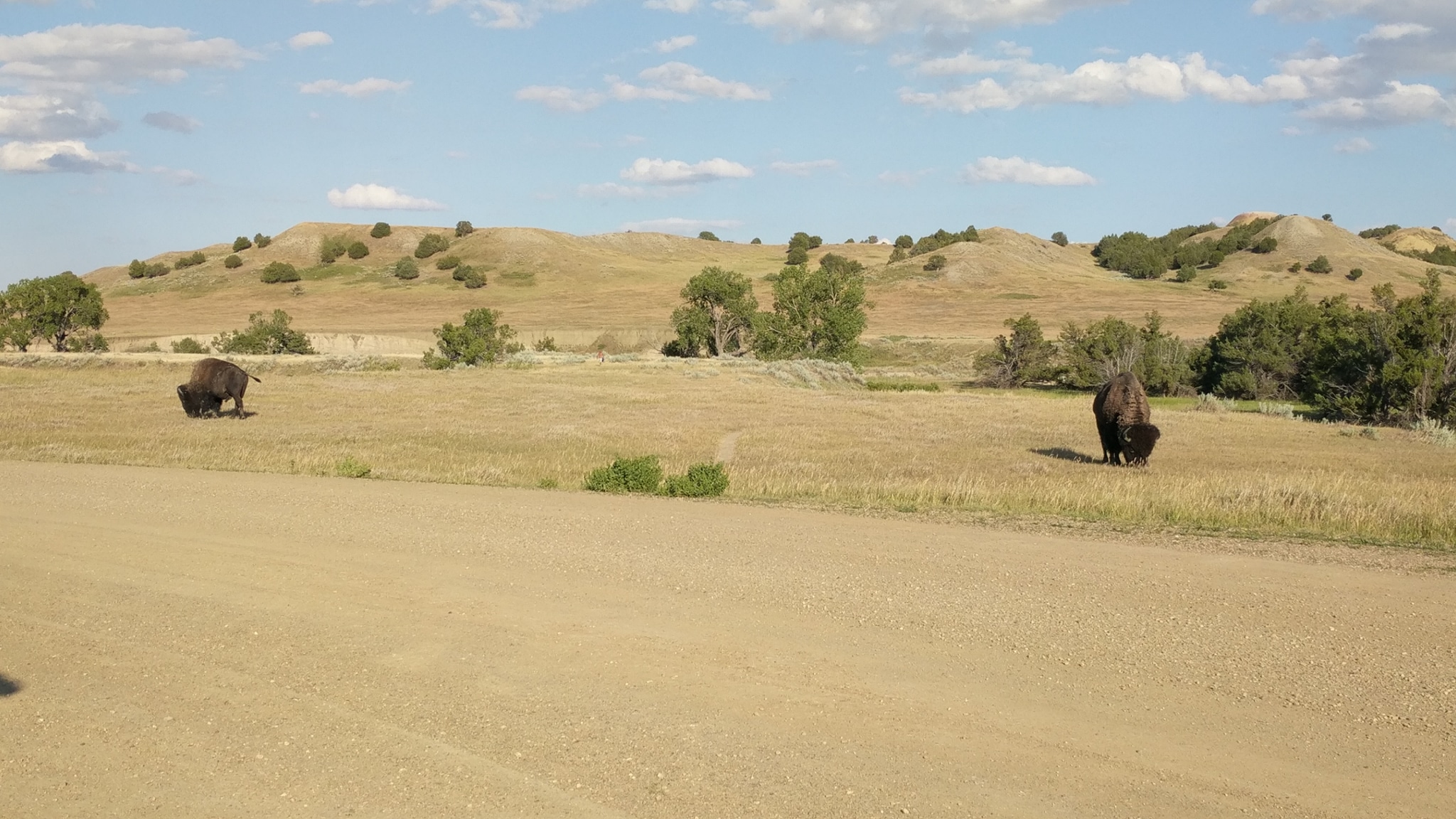 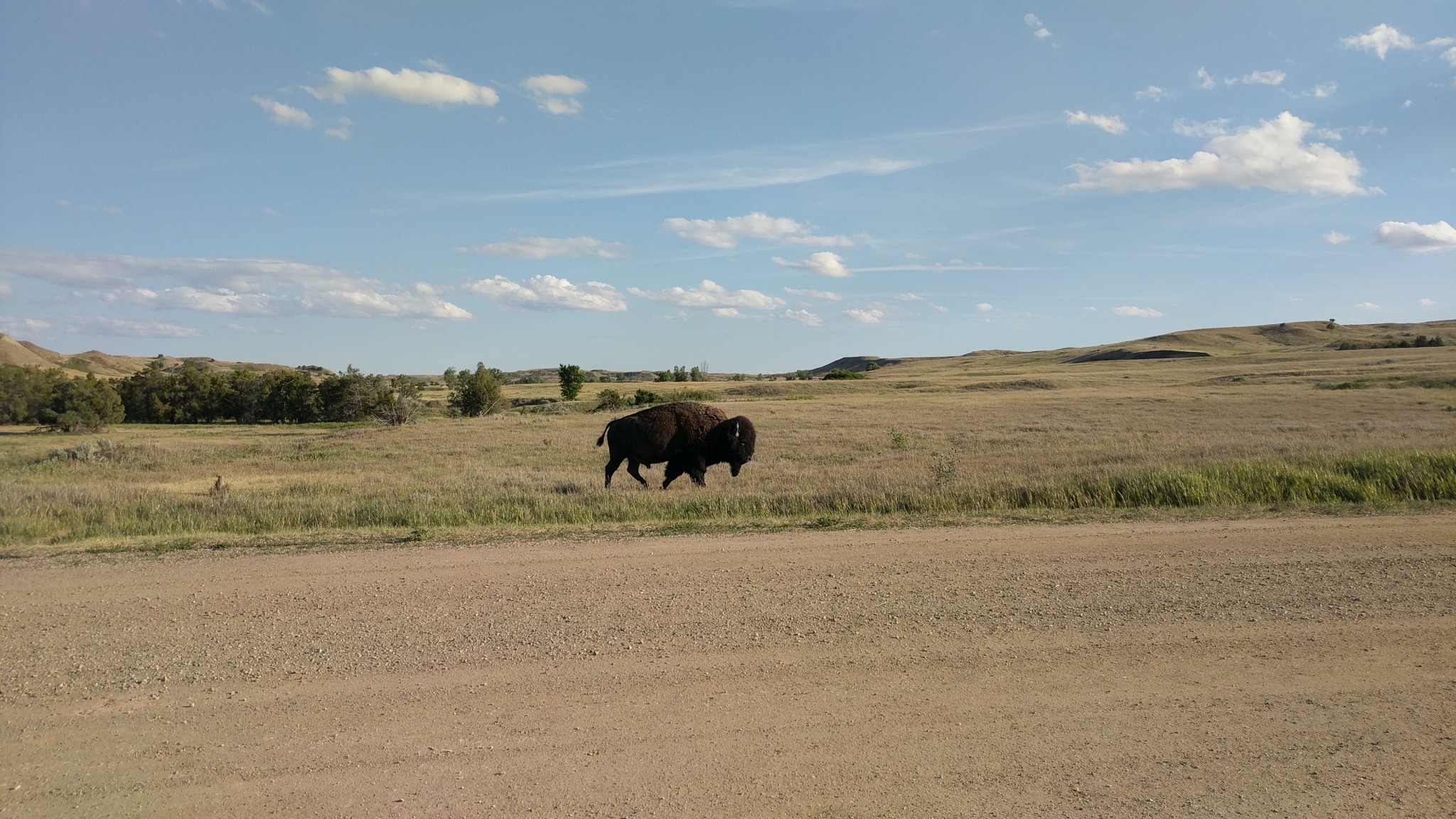 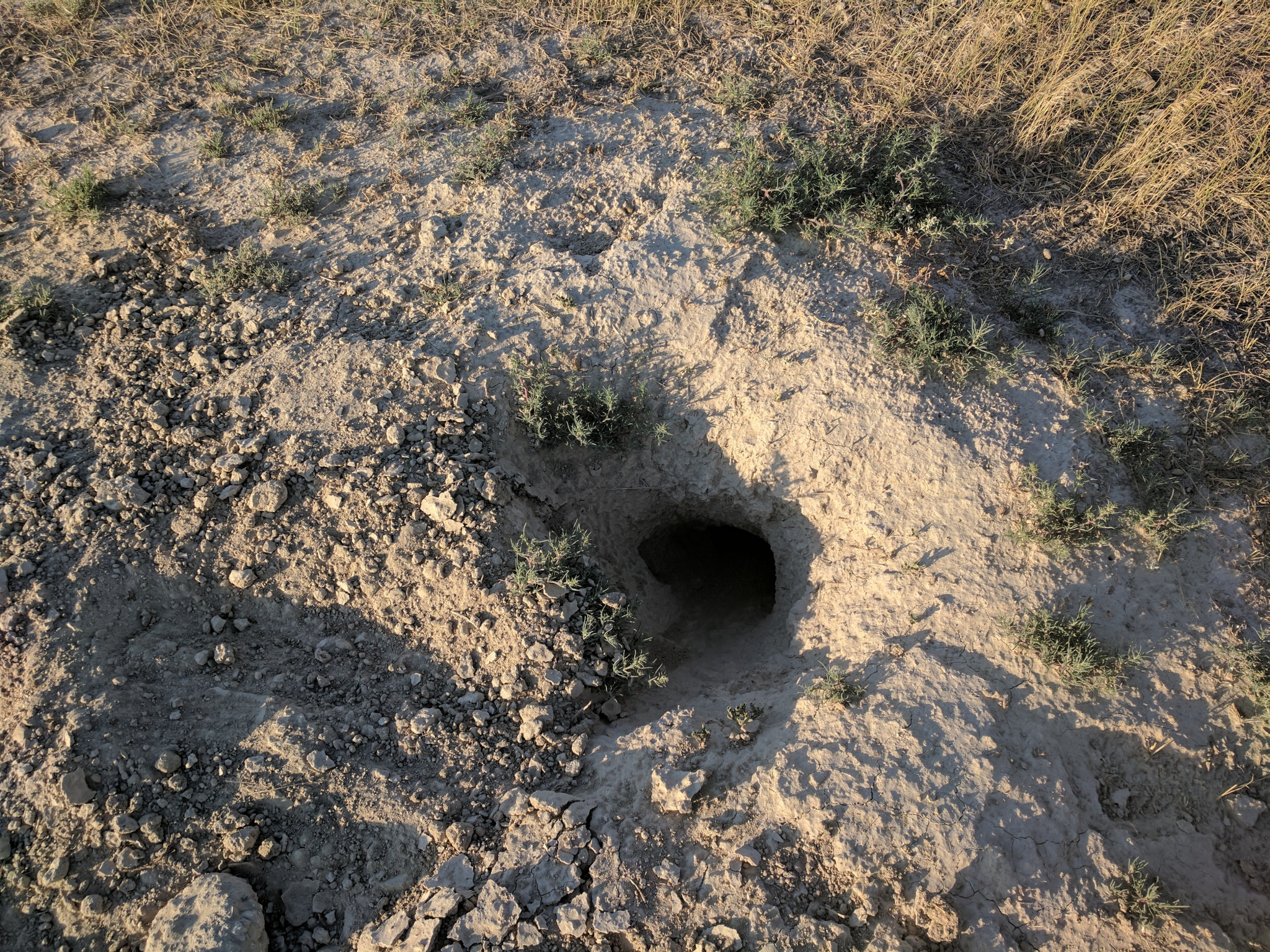 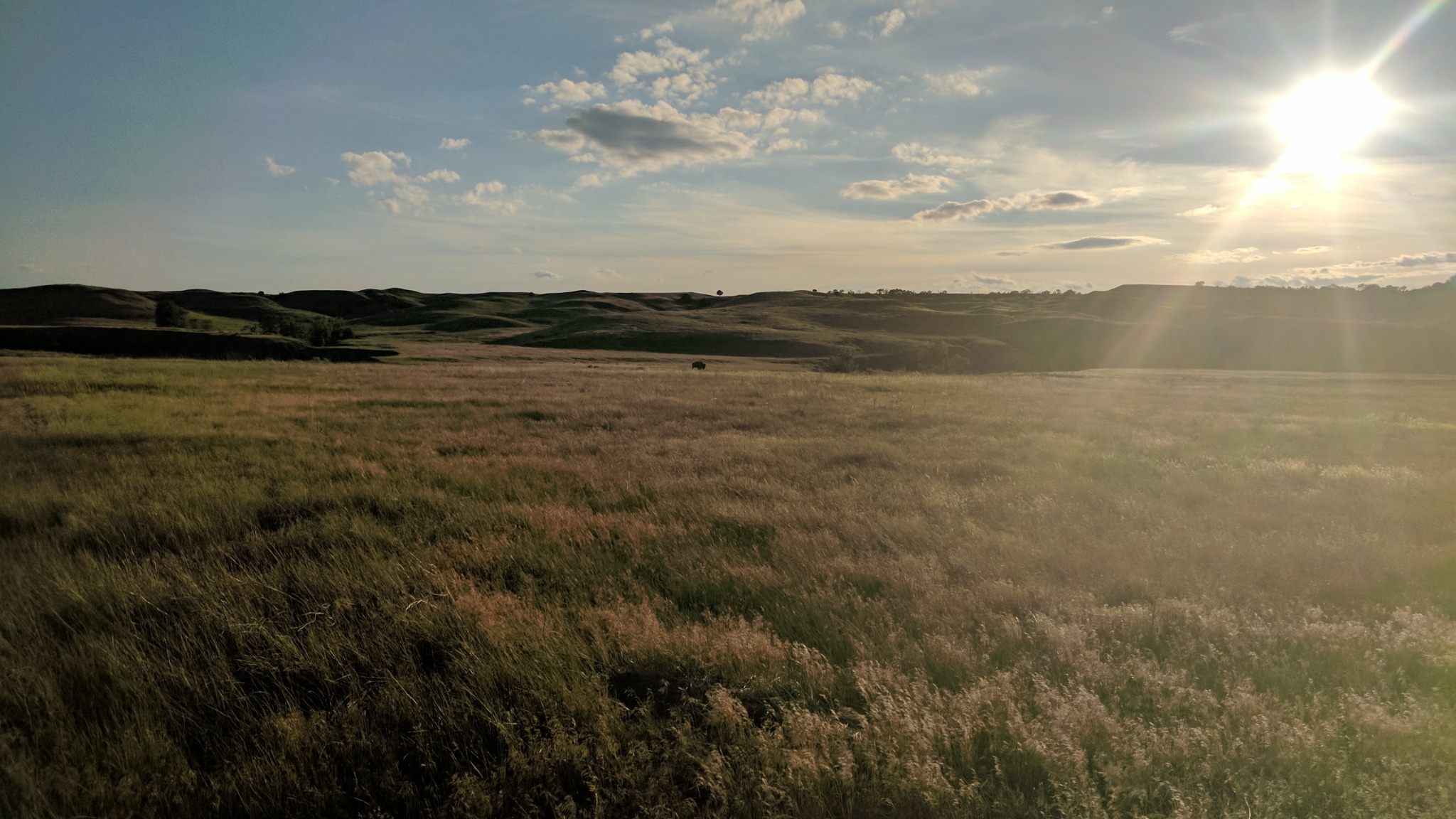 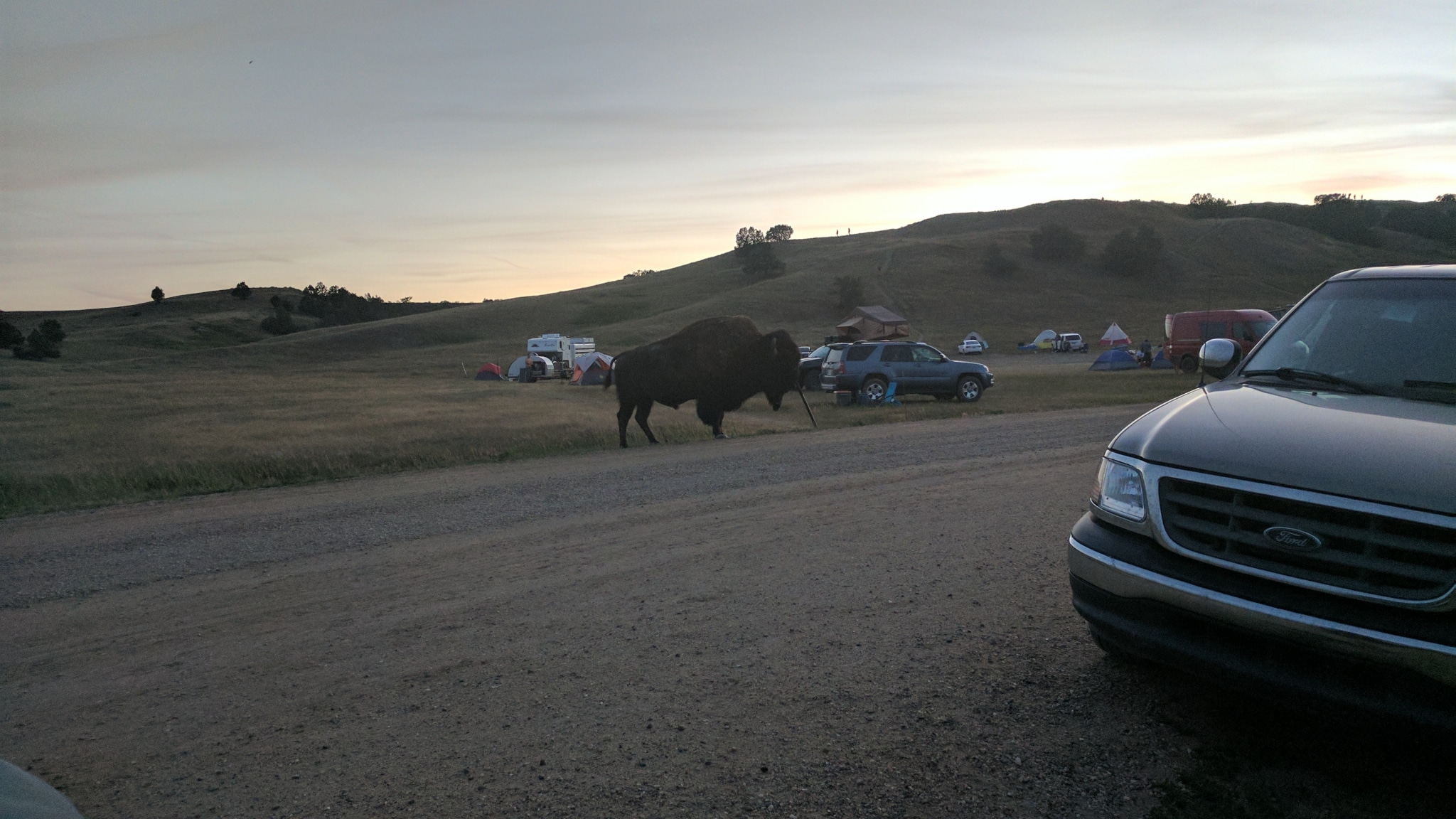 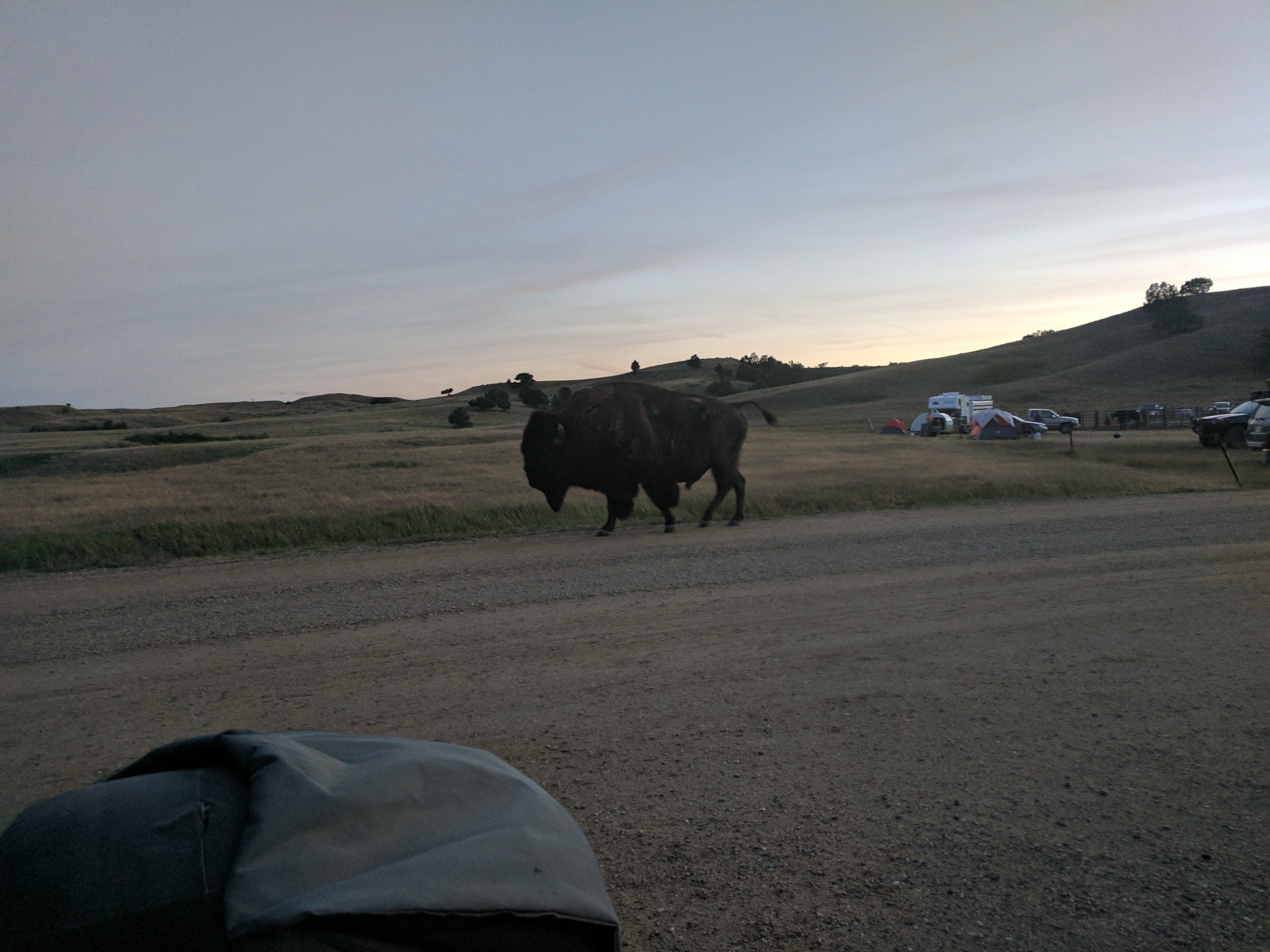