Arriving at Sequoia National Park by way of Porterville, CA

Arriving at Sequoia National Park by way of Porterville, CA

We woke up to a bright sunny day at Success Lake Campground outside of Porterville, California. It was late when we came in the night before so we had not really had much time to check out the campground. There were only a few campers and it looked a bit rundown. The online reviews had been pretty good but I was not overly impressed. While visiting the restroom, I took a peek at the shower and then I really was not impressed. It was the dirtiest shower I have ever seen. Some sort of mud or dirt covered the entirety of the walls and floor. I was truly at a loss to figure out how a shower could actually get that dirty! Fortunately, we planned to stop in at the Planet Fitness in town so I was not too disappointed about not using the campground shower.

We packed up the Jeep and headed into the town of Porterville. Aside from stopping at the gym, we needed to do some laundry and stock up on some groceries before heading to Sequoia National Park later in the day. As often happens with us, things did not quite go according to plan. We found the Planet Fitness easily and headed into the locker rooms looking forward to our showers. As I went to step into the shower, I was unable to get the water to come on. Thinking something was wrong with that particular one, I tried the three others with no luck. I am not particularly mechanically inclined but I can usually turn on a shower. Feeling rather foolish and more than a little frustrated, I went to the front desk to let the staff person know I needed help with the shower. She was very sweet and said they could be a little tricky. She had the same problem I did, and could not turn any of them on. She went looking for help herself and found out the water was actually cut off while something was being repaired. By this time, Francis had made the same discovery and joined me in the lobby. I was relieved that I was not just an idiot who could not work a shower, but we were frustrated with the delay as we had a lot to do. We were assured that it would only be a few minutes but it ended up being quite a bit longer. We were about to head to the laundromat and come back later when the water was finally restored. A hot shower and clean clothes did wonders to improve our moods and get the day back on track.

Our next stop was Sno-White Coin Laundry located in a nearby shopping center. While the laundry was washing, we went next door to pick up coffee and donuts while we waited. By the time the laundry was finished, we were ready for some lunch. The shopping center had several restaurants to choose from and after a brief debate between Italian and Thai, we ended up at Thai Basil. It was a good choice. The service was quick and courteous and the food was fresh and flavorful. I had plenty of leftovers to take for later which is always a plus. Now all that was left was to pick up a few groceries and make our way to Sequoia. 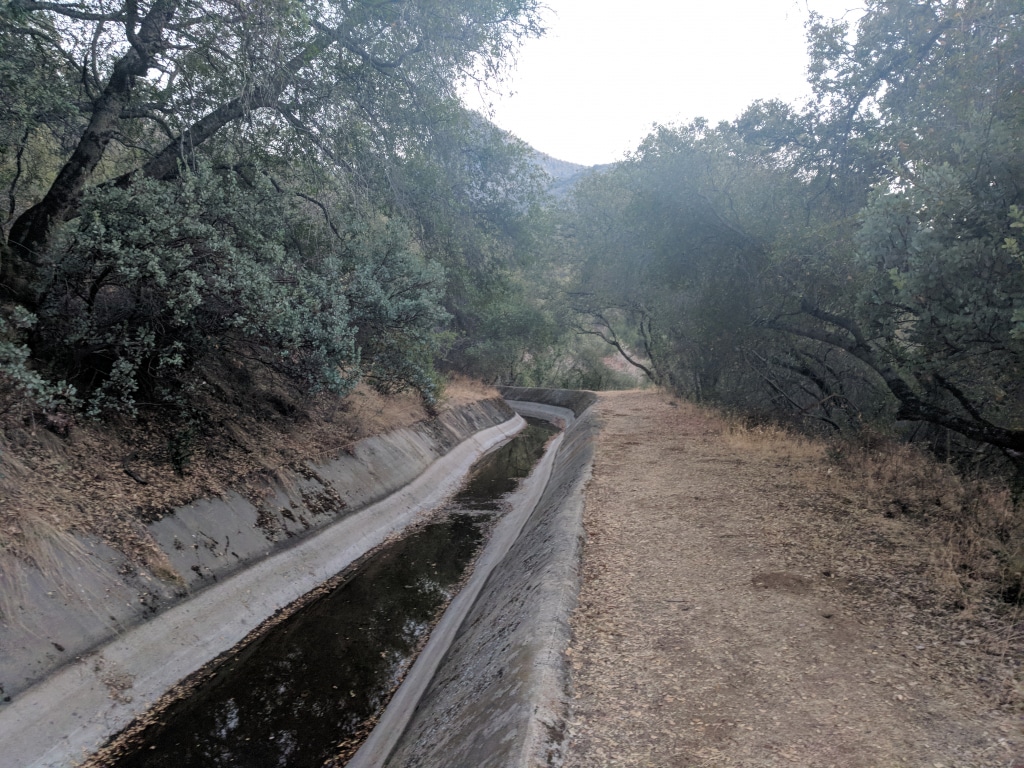 It was late afternoon by the time we reached the park so we quickly settled on spending the night at Potwisha Campground and waiting until the next day to begin exploring. Potwisha is a very nice, no frills campground. $22 a night is not a bad price for a campground in a national park in California. We had a decent sized site with a fire ring and picnic table and the restrooms were clean and well kept. We climbed the hill behind our site and were pleasantly surprised to find a canal surrounded by trees. We also noticed some small holes in the ground and when we looked more closely, a tiny rodent was quickly poking its head in and out of the holes. It reminded me of those Wack-a-Mole games you can find in arcades. I am generally not super fond of rodents, but this one was pretty cute.

It was such a nice warm evening, we were able to stay outside for quite some time enjoying the fresh air. The day started off a little rocky but it certainly ended on a good note. 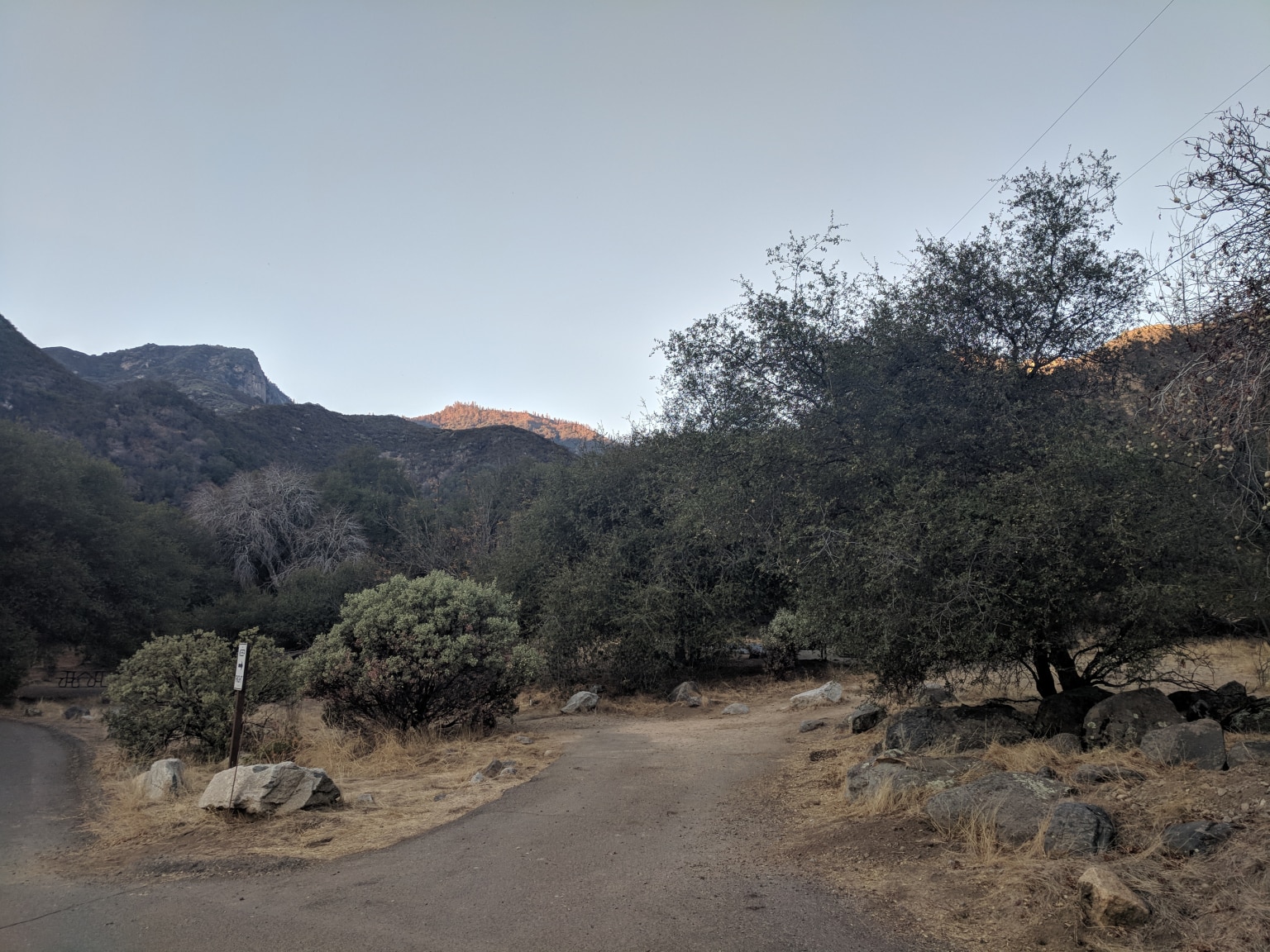 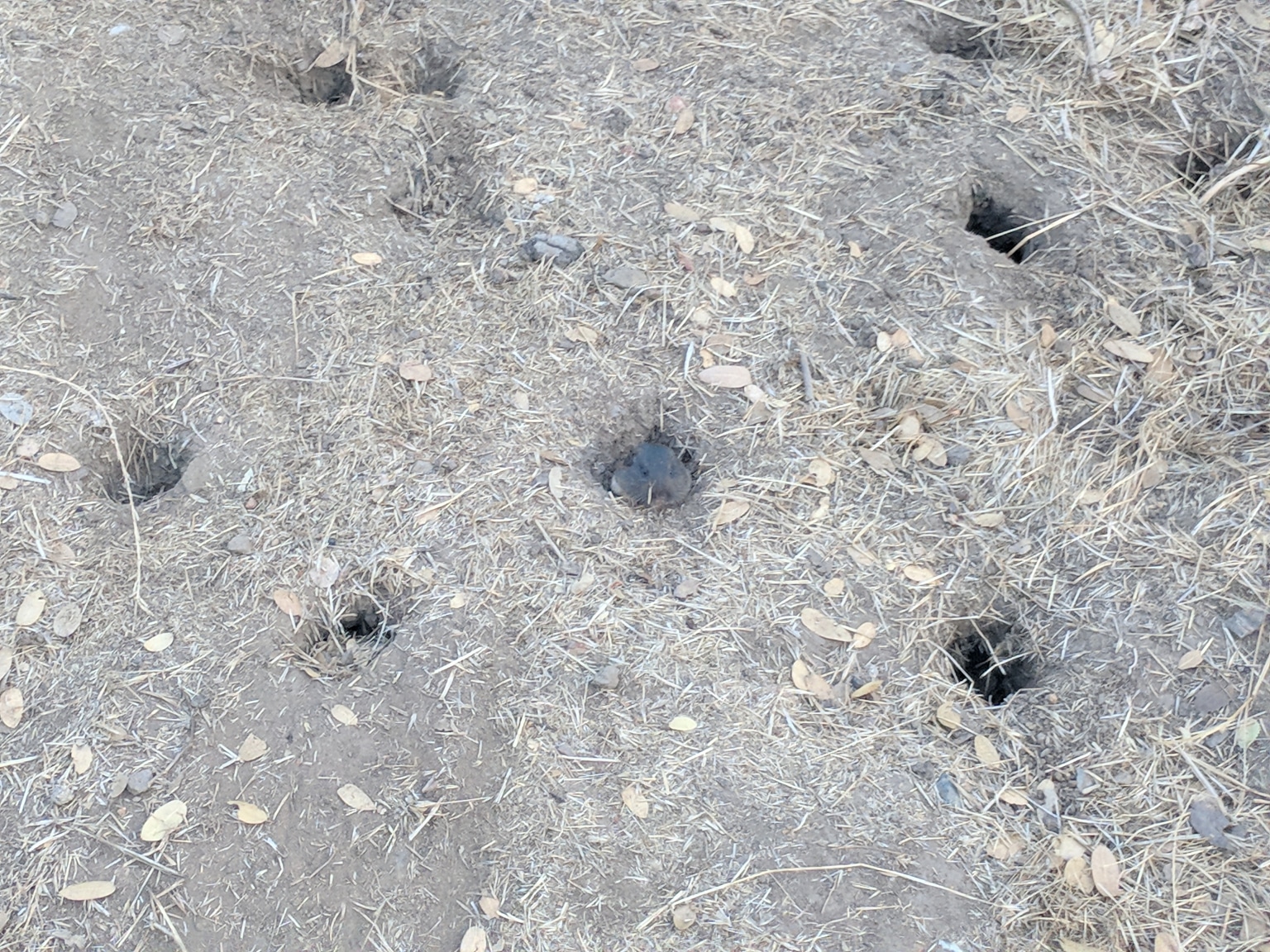 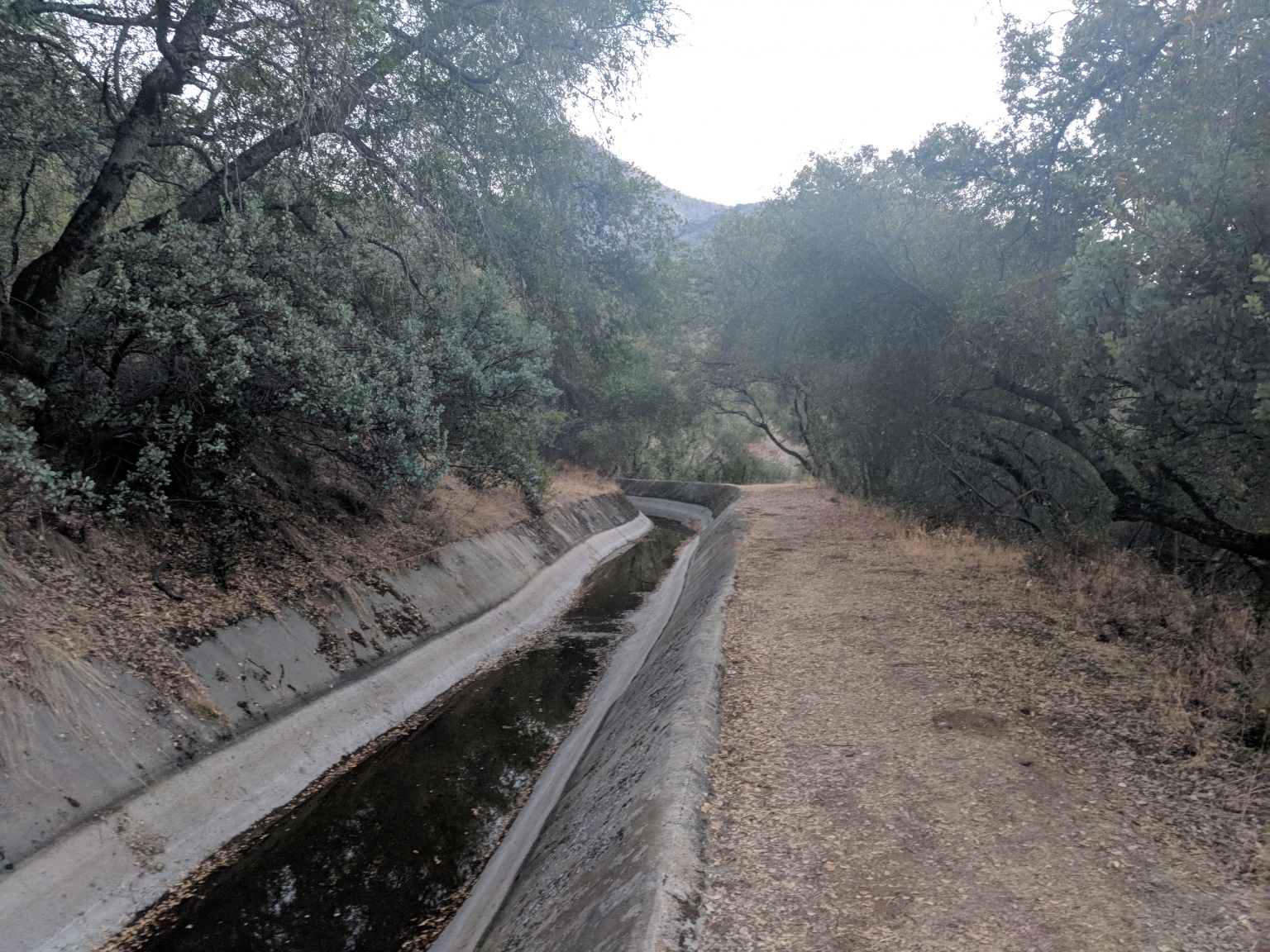 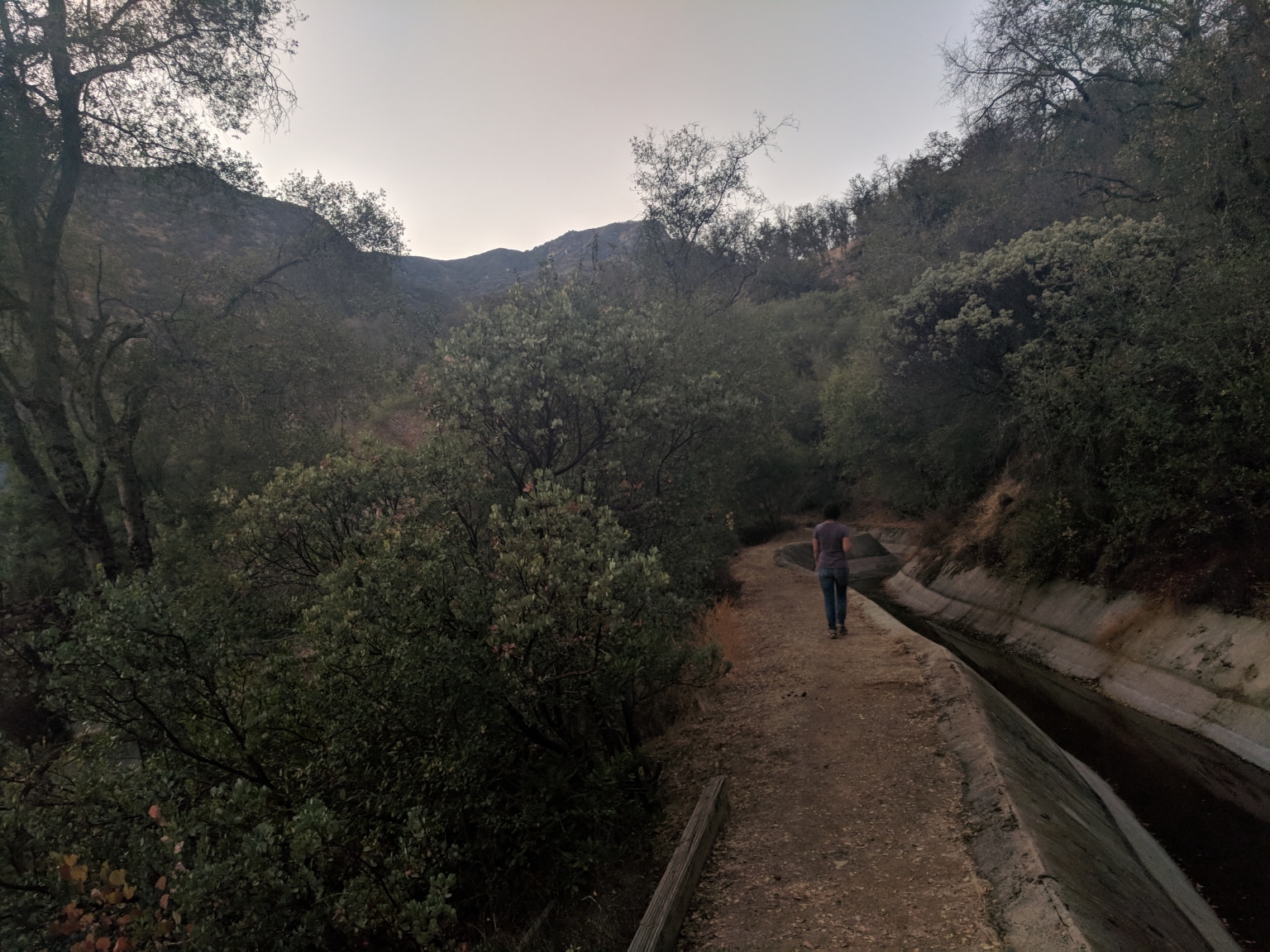 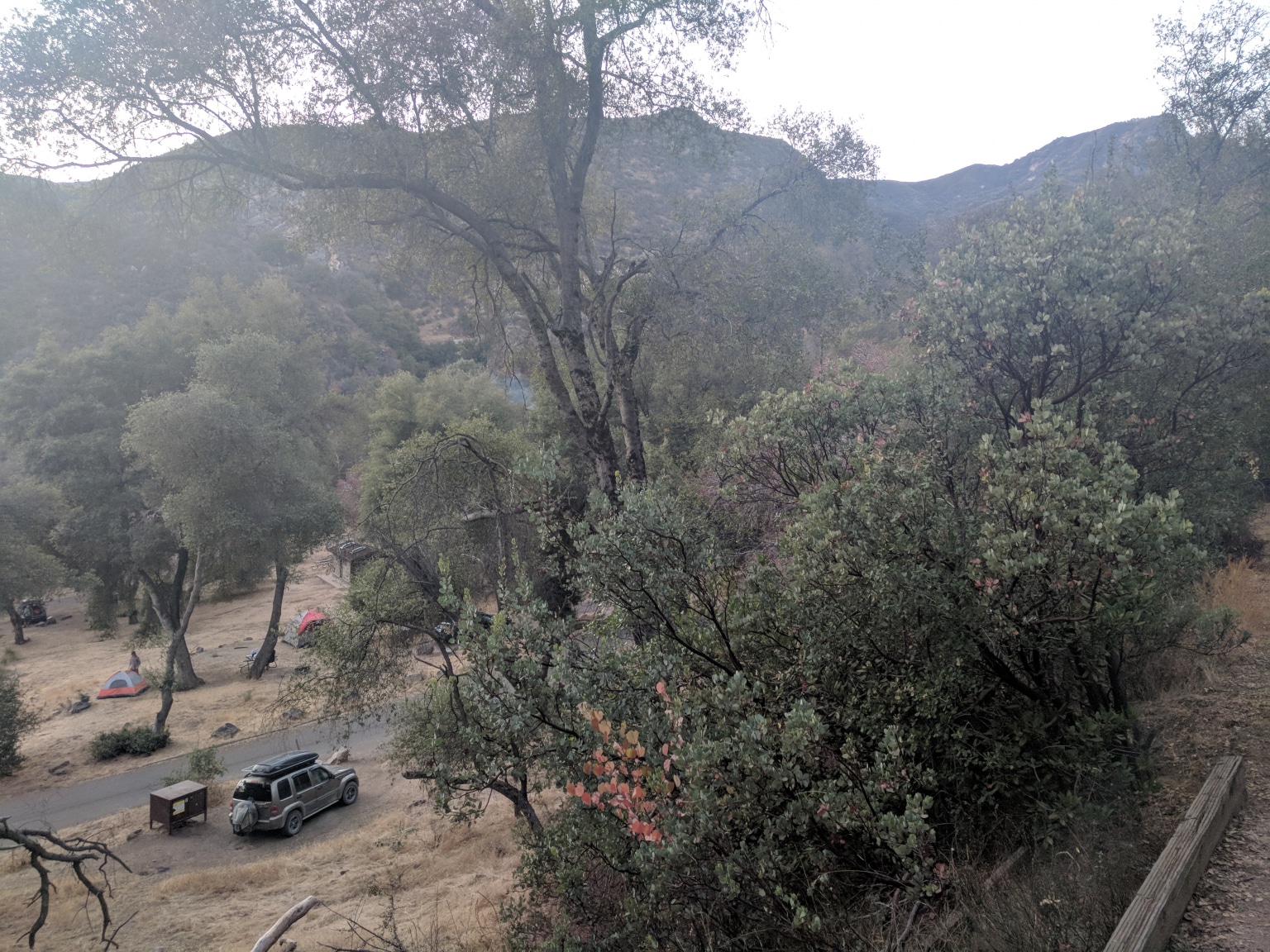 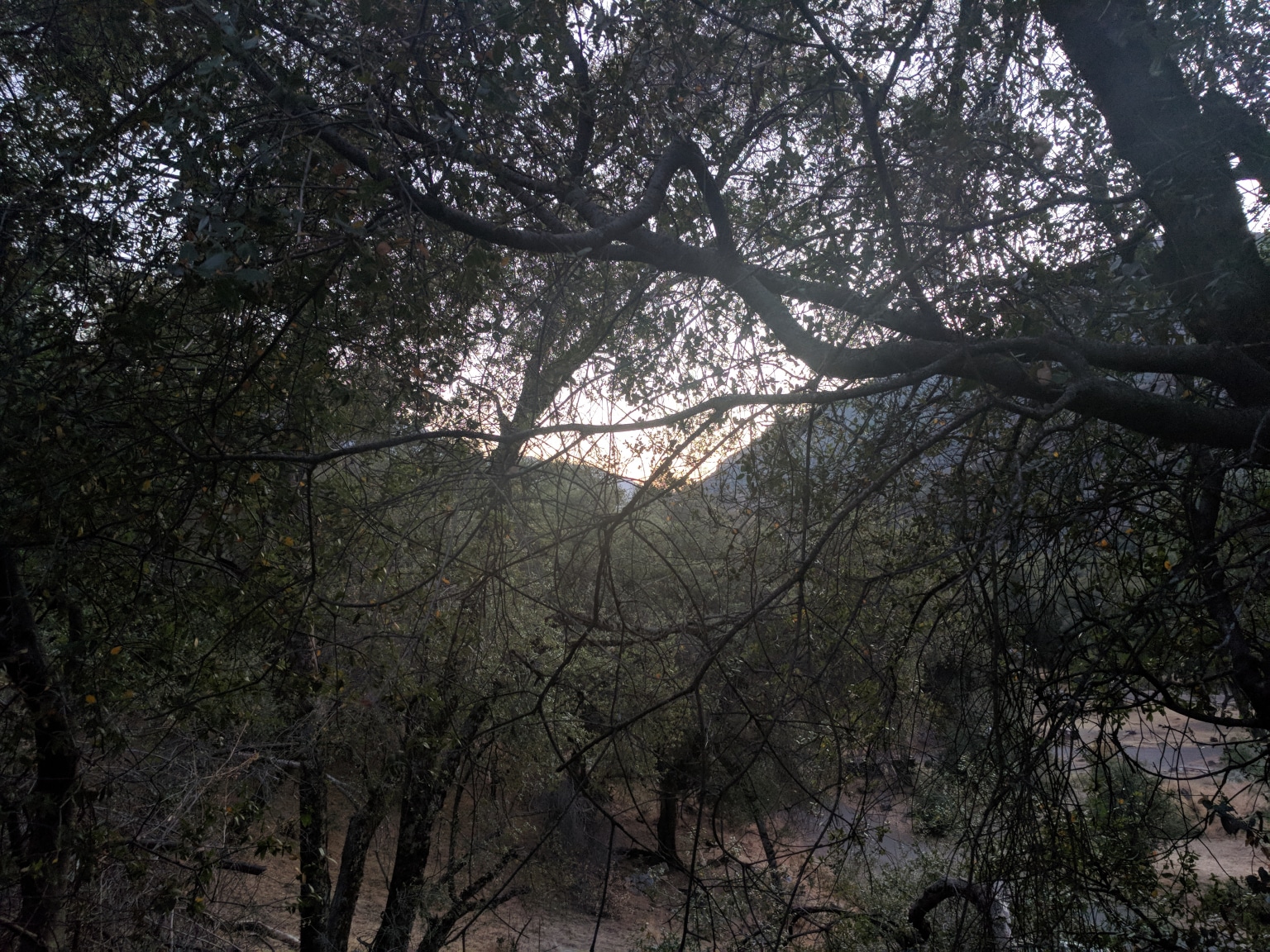 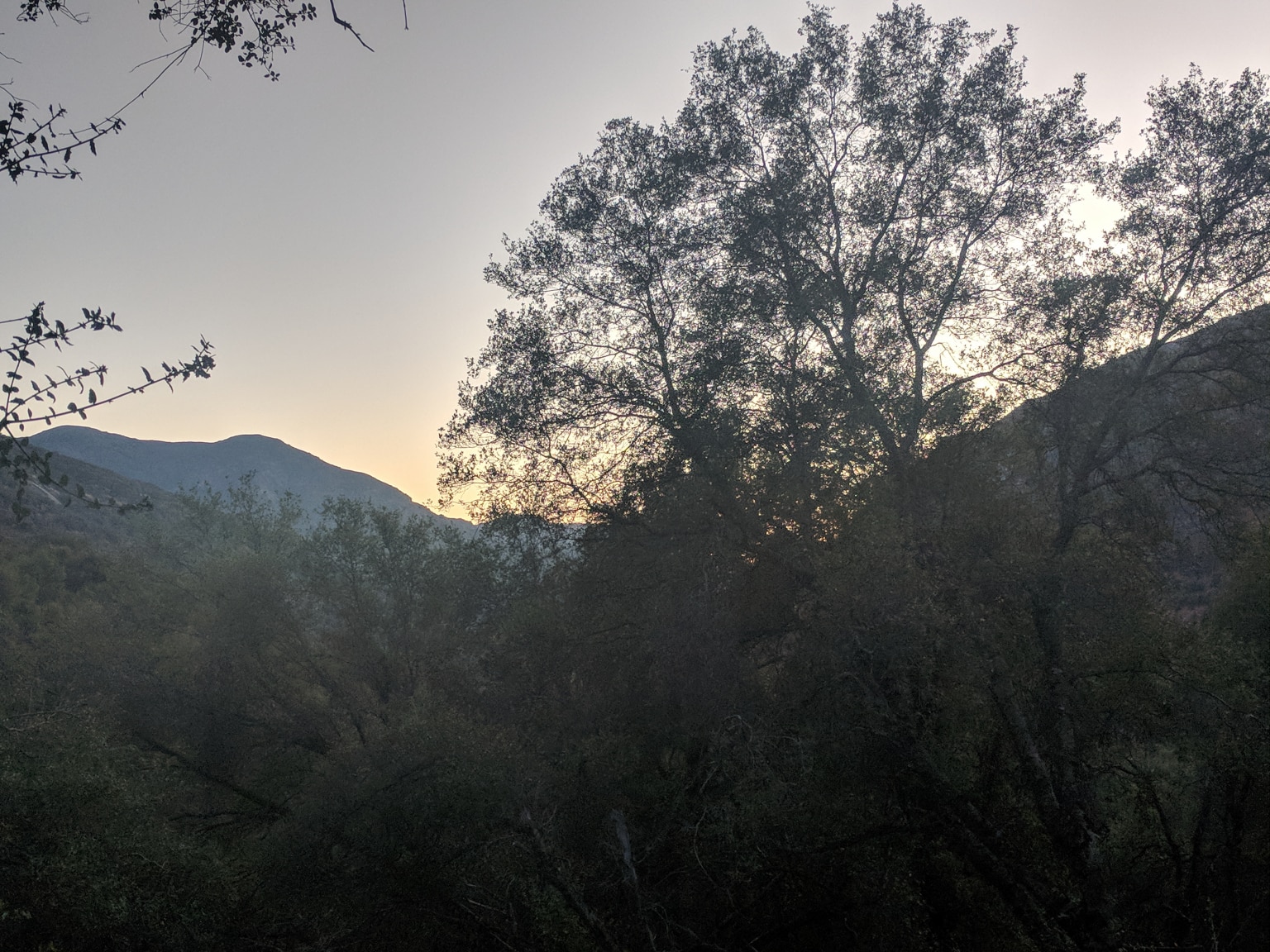 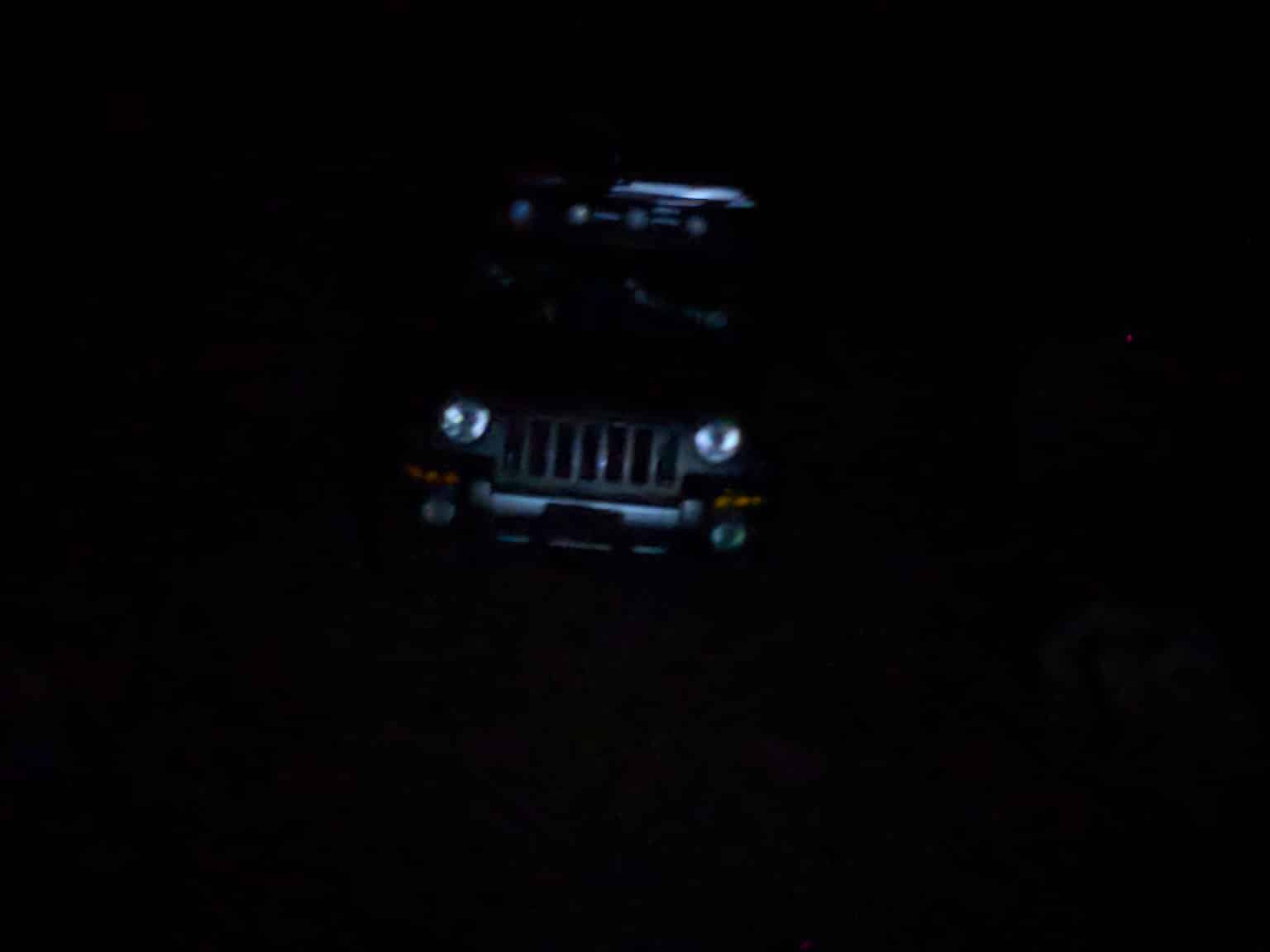